With literally thousands of different RPG games for iPhone & Android devices, we're undertaking the hard task of identifying the 15 best ones.

Both Google’s & Apple’s app stores offer a ton of different RPG games, to cater all playstyles and themes. Not all of us have the time to go through hours of gameplay on each, but I did with hundreds!

Now I want to share my experiences, by choosing the best 15 mobile RPG games, that can offer you many hours of enjoyment, whether you re commuting inside the train, chilling in your bed, or tackling everyday’s chores!

Starting off with Eternium (formerly known as Mage and Minions), a classic Action-RPG with hack-and-slash elements developed by Making Fun and Dream Primer.

It has the advantage of playing it with or without internet connection with the variety of a great story, amazing visuals and enjoyable concepts. You will face a big selection of monsters that will lead you to loot and equipment by killing them. It will make it easier by learning spells and recruit companions to help you in your battle!

Magic Rampage is an Action-RPG with a new platformer heavily inspired by the classes from the 16-bit era and combines the RPG genre with fast-paced action gameplay.

It offers a great variety of classes to choose and the option to customize your character with tons of armor and weapons. You will explore dungeons with obstacles, monsters, boss fights, bonus levels and secret areas included to them.

This one is a must! Grim Soul is a dark fantasy survival MMORPG. To survive you have to defend yourself from enemies, build a fortress, collect resources and materials which contains a great and simple, I would say, crafting system.

You can explore new lands and dungeons to obtain weapons, armor and valuable resources either by yourself or with a group of friends via creating or joining a clan. How many days can you survive on this cruel and bitter medieval world?

Another Action-RPG on our list, Dungeon Hunter 5, a very popular one and at the top of this genre for a long time, cause of their series for the last couple of years.

Going through the campaign you will experience multiple types of missions and goals with many events included time by time. Equipping gear and items will allow you to continue through the campaign or join online and participate in various events with tons of rewards to follow.

Create a character and get ready to explore a massive vast 3D world! Toram Online is a MMORPG game developed and released by Asobimo back in 2015. It remains one of the best Role Playing games out there and you will find hundreds of players to play with, every time you log in.

Follow the story quests and defeat enemies, gather your gear, create your own build of different skills and customize your character with hundreds of combinations available. All that combined in a beautiful scenery with melodic music, offering you the chance to get a great overall experience of an MMORPG on your mobile device!

Postknight is a RPG mobile game that was created by Kurechii, a Malaysian game developing team. You play as a warrior which your main mission is to deliver letters on various NPC’s.

On your way you will face enemies which will allow you, by killing them to upgrade your gear and set your battle stats. With only three skills available you have to complete every single level. Take a sit back, relax and enjoy one of the most beautiful and cutest RPG games.

If you are a Harry Potter fan, you will love this. Now is your chance to make your own adventure! Create your character and get ready for Hogwarts! Choose your story, learn magical spells and gather knowledge.

Many Professors like Snape and Dumbledore will teach you powerful magic spells and get you ready to face rivals on this magical journey. Explore the Hogwarts Castle, build relationships, participate on the House Cup, investigate ancient mysteries and many more.

Kritika is one of the best fast-paced, hack-and-slash RPG games out there. Having one of the greatest combat systems on a mobile game, Kritika offers you over 100 stages to complete with the variety of many difficulty levels to choose on each one.

There are thirteen champions available to choose at the moment, with unique skills and abilities. Every champion has a difficulty level based on their use and skills. You can also assign pets besides you that will make you stronger in battle!

Grinding on this game is actually really enjoyable and you always have the option to auto-play, if you get bored or tired. Mini Bosses are included on the end of every stage and World Bosses at the events where you can co-op with other players online.

Brave Exvius is designed as a turn-based RPG game, using elements from the Final Fantasy series with those of Brave Frontier.

You are able to make parties up to six characters with your own likes and combinations. The most exciting part, especially for the fans of the series, is that it allows you to play with characters from past Final Fantasy titles!

Explore the world of Brave Exvius with bunch different types of dungeons to enjoy and an amazing story flow. If you are a JRPG fan, I assure you will enjoy this one!

This is a favorite! Darkness Rises is a Action-RPG game published by Nexon. An amazing game with console level graphics, innovative gameplay and stunning visuals!

It takes place in a dark fantasy world with a great story mode, followed by dungeon raids, stage levels full of monsters and intense boss fights. Choose your class and start your adventure or unleash your skills on the arena against other players!

The well known game Lineage II is now available for all of us to enjoy it through our mobile devices. A classic MMORPG with a massive world to explore, NPC questing and killing mobs with a fun to play PVE mode.

On the other hand, PVP battles and dungeons are by far the best modes on this game. I highly recommend this kind of RPGs to those who can spend a lot of time playing it. It requires hours to learn the game and for sure a big amount of time doing quests, grinding for equipment and level exp.

Dungeon Survival is a turn-based RPG similar to Darkest Dungeon on PC. This game has nine classes to choose with unique skills and you can build your party however you like with different combinations.

As you explore the dungeons, there’s monsters you have to defeat, a lot of decisions to make in order to keep all of your characters alive. Tons of quests available to complete and equipment to collect. One of the best free turn-based RPG games on mobile out there!

Taichi Panda is a Action/Adventure RPG game that contains fast-paced and hack-and-slash elements in a beautiful fantasy world with some great graphics and environments.

It has a great feel in combat, as the system that provides it, in a combine with the controls of the game, are making it really easy to progress and learn how to use your characters with their skills.

Like many other RPG games you start your journey by choosing your first character and going straight off the battle on the map stages to defeat enemies and collect loot to level up. The game also offers multiplayer modes such as PVP battles, GVG war modes and Dungeon raids.

Guild of Heroes is a Action-RPG game and offers you a classic fantasy adventure to experience through your mobile device with a decent quality of graphics and a smooth gameplay.

Dwarves, elves, orcs, trolls, anything you’ve maybe already know from books or movies are on this game. Choose your class between Wizard, Archer or Warrior and start your adventure on the huge fantasy world that GOH offers.

Last but not least, Man or Vampire a Strategy-RPG game with a turn-based combat system. You playing as a hero that has the ability of being both human and vampire and you can choose to play as a male or female.

As you discover the world you will be able to build your own team of characters with different professions and abilities that will help you vary your combat strategy. The whole idea of this game is truly amazing and the designs are beautiful, from the characters and the world to the little details of the environments. 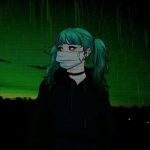 Music producer & Sound Designer from Greece. I make electronic music under the name Rainfelt. Competitive games are mostly where I'm spending my free time on. I love playing FPS games like Apex Legends, Overwatch, and also MOBA's, such as League of Legends and Dota.