Apex Legends' new event named "Iron Crown Collection" introduces us to the most requested feature since its launch - the Solo mode. Here is what we know about the update and what popular streamers think of this update!

By Cthylla, The Great Old One
299Views
0Comments

On July 30th, Respawn developers noted that “the most requested feature” of the fanbase of Apex Legends will be implemented into the game. The community quickly assumed that this was a hint for Solo & Duo Mode implementation in the game, and they were not wrong at all!

Only one will wear the crown. 👑

On the 6th of August, Apex Legends tweeted the trailer of the Iron Crown Collection Event, which has confirmed Solo Mode. The event starts today, on August 13th, and ends on August 27th, and will probably give us some challenges, in order to “win the crown”. We also know that among other rewards of completing the event, some skins will be rewarded as well.

Even until this very day, that the update is going to be released, no specific information was given about what the event is going to be about. But the sure thing is that the reveal of Solo mode only, has started a lot of buzz in the community, and popular players and streamers have various opinions on this new feature.

What We Know About The Event & Solo Mode Update. 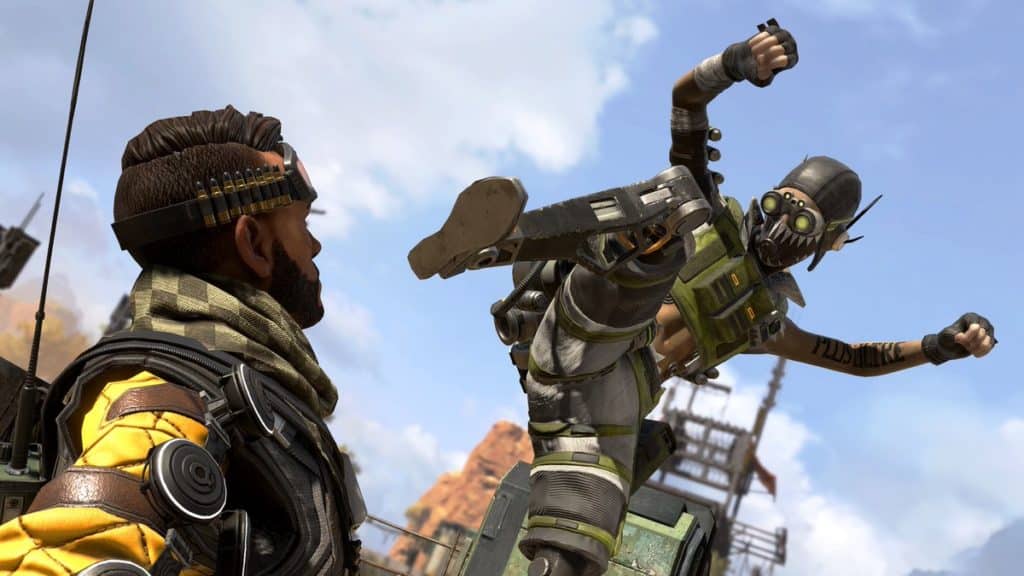 The new game mode will be around as a limited-time event, and the reason for that will probably be to adjust changes that will be needed after the testing time of the event, which means that Respawn will probably take down the event for a while, after the event comes to its end, on 27th of August.

R̶e̶d̶a̶c̶t̶e̶d̶, First of Her Name, Protector of the Void ⚔

Prepare to fight for your honor, only one can emerge victorious. The Iron Crown Collection Event begins 8/13. pic.twitter.com/hTu1IDhItQ

Another thing we know is that “Iron Crown Collection” will come with a couple of skins for the Legends. The ones that were fully and officially revealed by Apex Legends Twitter account are Wraith’s, Pathfinder’s, and Bloodhound’s.

Update: As soon as the update was live, Respawn released the full trailer of the event, and more skins were revealed to the public – and not only skins.

Besides the skins, which are getting better and better design-wise, “Town Takeover” has been revealed, along with bonus XP weekend and challenges. “Town Takeover” was created by Octane according to the lore, right between Thunderdome and Airbase, which is built with a lot of ramps and jump pads, along with flaming hoops that you can pass through (don’t touch them though).

After all the love Wraith’s Heirloom received from players, Respawn added Bloodhound’s Heirloom pack as well! The bandle includes a kill quip, a banner, and the Heirloom axe, and it is purchasable for 3.500 Gold Coins.

By completing the challenges, you will be rewarded with  Crown currency, which you can use to buy some of the event items through the Event Store. Any Crowns that will not be spent, will be converted to Crafting Metals after the end of the event.

Now the expensive part is that the Iron Crown Packs, which contain Crown currency along with Legendary and Epic character and weapon skins, voice quips, and more, actually cost 700 Gold Coins each. With a quick calculation, you can tell it will cost more than 100$ to purchase all of the event’s items. Keep in mind that you have to purchase all 24 items in order to unlock the Bloodhound’s Heirloom. 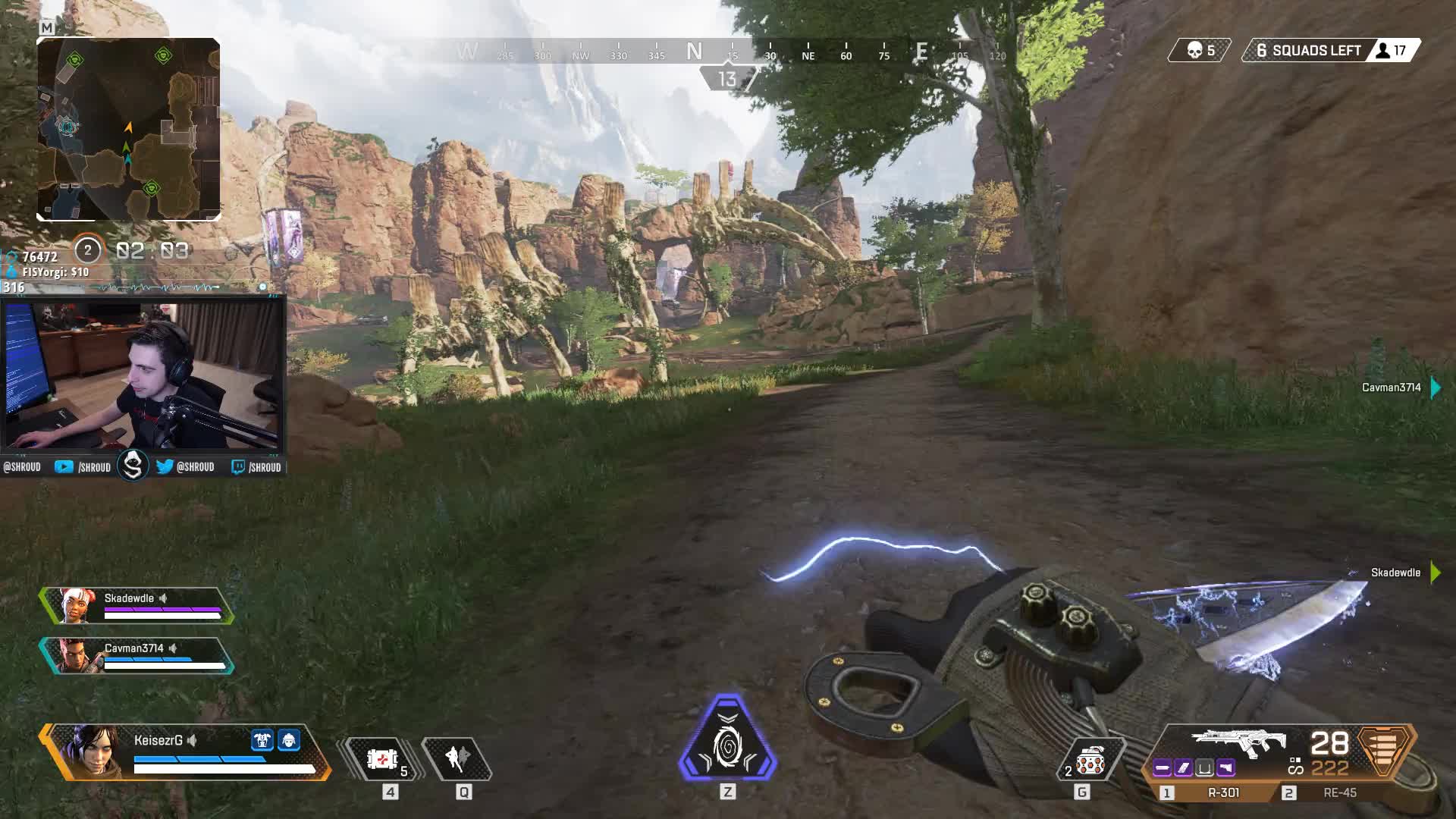 After the first leaks of Apex’ Solo Mode, the community has gone wild, and popular players of the game, like Shroud, Staynation, Raynday Gaming, and more, have shared their opinions on Solos and Duos, and all of us have taken those views into consideration, especially when these views come from really experienced players.

Some of them think that it is gonna be hard for the one-tricks, especially the defensive characters mains, such as Caustic or Gibraltar, as it might be tricky to counter so many Wraiths or Pathfinders, as these are characters that have a huge advantage on movement. Others state that Solos is not the kind of content the community really needs and that players will quickly get bored playing it.

There are people though, that insist that Solo mode will help inexperienced players to train and get better on the game with their favorite character, without worrying about a team. All of these opinions are stated before the launch of the new update, which means only time will show which of those statements are actually true and accurate.

The only thing that we have to take into consideration about this update is that it’s going to take some time and effort for the Solo mode to be balanced and this is a normal thing to happen. It is a good thing that Respawn gave a try on Solo mode, even though they were not so positive about it at the start, as they have stated a lot of times, that they created this game to be a team-based game.

The fact that they will try to implement this feature in the game, despite the fact that the game was not designed to work like that, is something that shows as that Respawn takes community’s opinion seriously, and that will work on the things that fans ask for, something that even huge development teams fail to accomplish.

The worst part is that the whole bundle of the event is that it’s extremely overpriced. As I mentioned before, in order to purchase Bloodhound’s Heirloom, you will have to purchase all 24 event items, which as again previously mentioned, costs over 150$ in total. If you consider that each pack costs 700 Gold Coins (7$ in real money), and it will reward you with Epic and Legendary items only, it seems that it’s actually worth it. Personally, I’m not dying to get Bloodhound’s Heirloom, so I won’t purchase all 24 items. Yet, it’s a matter of RNG if I’m going to get the skins that I want as soon as possible, and if someone really wants Bloodhound’s Legendary melee axe, he will have to pay a lot of money.

Cthylla, The Great Old One
Heavily devoted to FPS games, but I still enjoy a well-written story game or survival games that include crafting. I really enjoy gaming with friends, but my friends usually play other kinds of games, so I'm mostly a solo-queue player and totally used to it.

Apex Legends was released in early 2019 and managed to grab the attention of the majority of FPS/BR fans, and even reached 50 million...
Read more

After the Iron Crown Event, which introduced a limited-time solos mode, the next event is already announced, and it will be much more different,...
Read more

On February 4 of 2019, countless streamers were tuned in for the final countdown of the official release of a new battle royale game,...
Read more

Hours before the release of Iron Crown event in Apex Legends, which would introduce us to Solo mode and some of the greatest character...
Read more

As you’ve probably heard by now, The Witcher franchise has seen a comeback in the mainstream culture due to...
Read more

The best Action RPG games are well known to the hardcore fans - there is no way for them...
Read more

Permadeath is a "love it or hate it" concept mostly encountered in roguelikes, and of course action RPG games....
Read more

Fallout 4 is one of those games that have a plethora of mods and can lead in a state...
Read more

All 11 PlayStation Consoles Ever Released & PS5 Leaks for 2020

Sony's PlayStation brand was introduced on December 3, 1994, and since then, four major PlayStation consoles have been released,...
Read more

Apex Legends was released in early 2019 and managed to grab the attention of...
Read more
Apex Legends

After the Iron Crown Event, which introduced a limited-time solos mode, the next event...
Read more
Apex Legends

On February 4 of 2019, countless streamers were tuned in for the final countdown...
Read more
Apex Legends

Hours before the release of Iron Crown event in Apex Legends, which would introduce...
Read more