An in-depth guide for Wraith from Apex Legends, taking a close look at her story, heirloom, abilities & best weapon loadouts.

Wraith is the second most picked legend in the game, she utilizes a fast moving tactical that allows her to step Into The Void, escape from fights and make her invincible for the period she’s in it.

Her Ultimate Dimensional Rift creates two portals which she and her teammates can use to escape from tricky situations, beware though even enemies can use the portal so be sure to keep an eye out.

Her passive Voices of the Void is a great tool that informs her whenever enemies have her in their sights, it also can be used to warn her teammates and prepare them for a fight.

“Wraith” is a codename given to her, Subject 61137 is a whirlwind fighter, she can execute deadly attacks by manipulating spacetime and open rifts in the fabric of reality. Years back, she woke up in an IMC Detention Facility for the Mentally Ill without any memory of who she was before. She also was listening to voices inside her head that would keep her awake for days on end, driving her almost insane.

She was in the facility one day when a portal opened before she was to be sedated. A person wearing a purple helmet came out, scaring the facility staff away. The person berated her for not fighting back and revealed herself to Wraith.

It was her from another dimension, She was on a quest for revenge on the people who experimented on her. With the Voidwaker’s help, she learned to trust the voices and was given a device to harness the power of the void properly.

Using a portal to the Voidwalker’s dimension enabled her to escape her facility, arriving in Kings Canyon which was still under construction for the Apex Games. Determined to uncover her true identity, Wraith began a quest to find out more about the experiments and herself.

Many of the old research facilities, however, are buried beneath the heavily guarded arenas used for the Apex Games. She now returns to where she arrived in this world and joined the competition, and with every match, she gets closer to the truth.

Tactical – Into The Void

How to Use Into The Void

This ability allows you to become invincible for a brief moment, enemies can’t hit you but you leave a trail behind you so they can easily track you and pre-fire before you get out of it.

The best way to use it is to escape from near death situations and most importantly use it inside buildings, because it has corners and tight spaces which give you a better advantage at staying alive after phasing.

In open spaces a good way to use it is if there are a lot of obstacles that block enemy vision from shooting at you directly or abilities from legends like Gibraltar’s Bombardment, Caustic Gas or Bangalore’s Smoke and Ultimate to name a few.

Passive – Voices From The Void

How to use Voices From The Void

Voices From The Void is a simple yet extremely useful passive, you can be in open spaces and still be aware when an enemies are having you in their sights, wraith can create perfect opportunities for her team to counter ambush enemy squads by simply utilizing this passive and her tactical to bring the enemies where her squad wants.

How to Use Dimensional Rift

This is a pretty solid Ultimate and can mostly be used to provide her and her team a means to travel between point A and point B faster, although it’s easy to use it’s hard to master because if the other side of the portal can not be seen you will never know what to expect when you reach it, and sometimes you might find enemies that will kill you immediately.

In order to use this ability as efficiently as possible Wraith must create the other end to a safe place which is going to be hard for enemies to use it afterwards because they will chase you down and possibly kill you.

Players who know how to play Wraith can also use the portal as a trap making unsuspecting enemies use it and get easy kills, so it’s always nice to have a Wattson or a Caustic that can place traps and slow enemies in Wraith’s team.

Wraith is a very aggressive legend so she needs high damage weapons in order to dispose of her enemies quickly.

She has the smallest hitbox in the game so what she needs is mostly close range weapons and some mid range but high DPS in general.

This is the most famous combo for Wraith and basically R-99 and Peacekeeper is the most picked of all the loadouts we have here in our guide.

The Peacekeeper is perfect for close combat situations and the “Precision Choke” Hop up makes it perfect for a little bit longer range, the EVA-8 Auto on the other hand is better for approaching enemies rather than the Peacekeeper’s in your face style.

The EVA-8 Auto can equip a  “Double Tap” Hop up to double the output damage so be sure when you have this shotgun to carry a little bit more shotgun ammo since it drains it really fast especially in the higher Shotgun Bolt levels.

The Prowler and the R-99 are Wraith’s bread and butter and while the R-99 has a faster rate of fire the Prowler deals more DPS in both it’s burst fire and auto mode, in order to unlock the Prowler’s auto firing mode you have to find a “Select fire” Hop up and it’s best for both weapons to get either an Extended Light Magazine or an  Extended Heavy Magazine.

It’s a fast semi-auto weapon that although it’s underpowered now it can still rival the Peacekeeper and it has no leg damage reduction.

R-99,the Prowler and both shotguns can take a 1x Digital Threat  1x HCOG Classic or a  1x Holo, but it’s best to prioritize the Digital Threat on the SMGs

To perfectly utilize this combo first you have to initiate with your SMGs and then go near for the kill with the shotguns.

NOTE: Since the Prowler SMG has gone into the Care Package rotation as of Season 7, the R-99 that is back is a very good alternative to use.

NOTE: The “Double Tap” Hop Up has been removed from the loot pool for Season 8.

The R-301 can equip an “Anvil Receiver” Hop up that can deal devastating damage from long ranges but while the Hemlok lacks in that aspect it also deals good damage in its Single fire mode although it is better in closer range because its three burst fire shots can knock an enemy in seconds.

It is recommended to use either a 2x HCOG Bruiser, a 1x-2x Variable Holo for the R-301 and Hemlok and while the Wingman can take a 1x Digital Threat most players prefer a 1x HCOG Classic.

When you go with Wingman and Hemlok you should prioritize the Extended Heavy Magazine for the Wingman.

NOTE: For Season 5 the “Skullpiercer Rifling” Hop up has returned into the loot pool and deals 2x to 2.25x Headshot Damage.

NOTE: After Season 7 a new hop up for the Wingman has been introduced, it is called “Quickdraw Holster” Hop Up which increases the speed of your ADS, Weapon Swap, and reduces Hip Fire spread.

NOTE: The “Anvil Receiver” Hop Up has returned to the loot pool for Season 8.

NOTE: The  “Skullpiercer Rifling” has been removed for Season 9.

Now this is a combo for some serious plays, the P2020 and the Mozambique can equip the “Hammerpoint” Hop up which deals more damage to unshielded opponents, the Sentinel on the other hand might be a sniper rifle but it’s best to use it mid to close range because if you use 2 Shield Cells to charge it up to deal increased damage 70 -> 88 so it’s best to use a 2x HCOG Bruiser or a  3x HCOG Ranger.

For the P2020 and the Mozambique we recommend you equip them with a 1x Digital Threat the moment you find it but in other cases the P2020 can equip a 1x HCOG Classic or a 2x HCOG Bruiser better and the Mozambique can better equip a 1x Holo, combine it with a high level Shotgun Bolt and it will be so deadly that your opponents won’t even know what hit them.

This is a loadout that is unforgiving for players who don’t have good aim so be sure you know how to place your shots when playing with this combo.

NOTE: Since the “Hammerpoint” has been removed for Season 9 a good alternative for wraith is the newly added

Bocek Compound Bow (Which can take two Hop Ups, “Shatter Caps” allowing your weapon to work like a shotgun and “Deadeye’s Tempo” that increases the rate of fire of your weapon when you firing at the perfect moment.

NOTE: “Deadeye’s Tempo” can also be equipped by Sentinel.

How to Play Wraith

Since Wraith’s main purpose is to go in an out of fights quickly you must to have a loadout that allows her to deal high damage and knock her enemies really fast.

While Wraith might be an assault legend her teammates can also benefit from having her in their squad because she can open portals and alert them when enemies or traps are nearby.

When in fights Wraith must be on the move constantly and go in close and personal with her opponents, in order to be as effective as you can you must at least knock one person from the enemy team and phase out so your squad can push and help you finish of the rest of the team.

The other good thing with Wraith is her portals because once the fight is over there’s a high chance to get third partied so if your squad is smart enough one will keep a lookout so you can loot efficiently and be prepared for the worst, because if that happens you have to get out of there fast and that would be a good time to use her Ultimate.

Another way to use her Ultimate is when you realize that the fight isn’t going in your favor and you have to get out of there, you have to use the portal and get you and your team out safely but beware, you must make sure that the area you will deploy your second portal will be safe so your team can heal and maybe get back in the fight again. 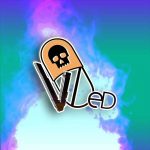