Whether you’re looking to settle your differences on your favorite couch, or get into the world of fighting games through a rewarding, educational and fun experience, then we got you covered!

The games are not ranked in any order, and all of them offer a complete fighting experience which is up to you to decide! ? 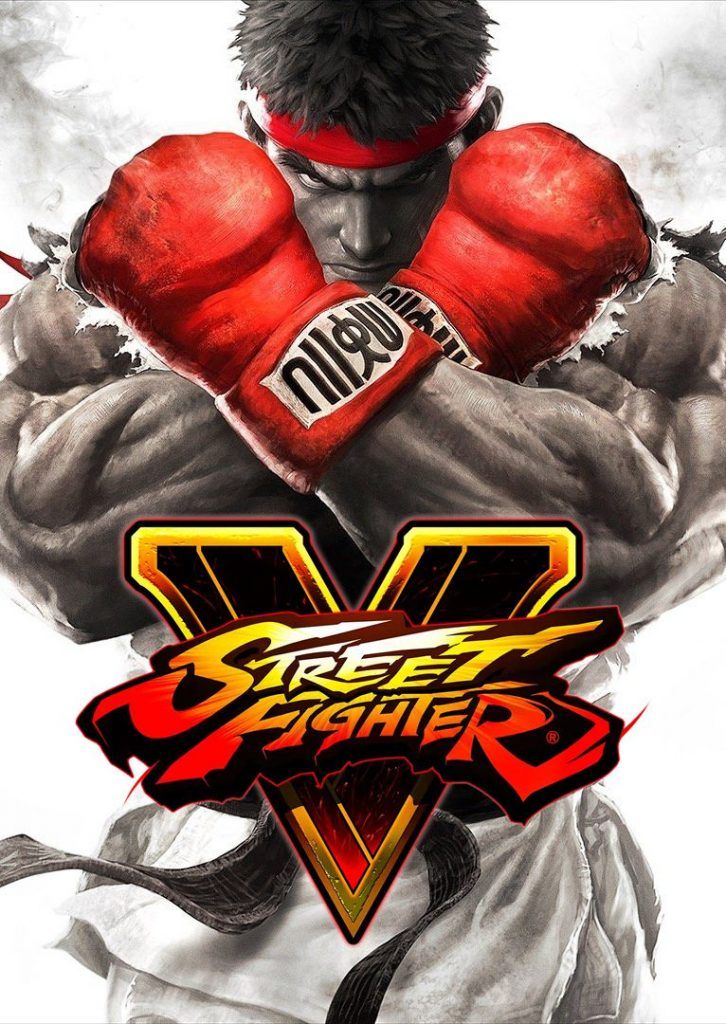 Street Fighter V did many things better than its predecessors, and many things.. easier! More approachable might be a better term, but as always there’s the old-school enthusiasts (look no further than Ultra Street Fighter IV – it’s got all you need!), and the new-tech junkies.

The base game offers 16 characters, and 18 more through paid DLC (which pretty much sums up the reason you’ll encounter extremely negative reviews from users all around – are they wrong though?). Paid costumes, stages etc. are a common occurrence in SFV, and they do leave a bad impression. There’s tons of stuff to unlock through normal gameplay as well, that it’s not such a huge dealbreaker.

Street Fighter V “stands alone” in its fighting style, offering a quite limited number of “combos” in the average sense, but an extreme depth in positioning, timing & counters, as a proper fighting game should do. It’s extremely responsive to your inputs (not so.. extremely at online games), and the combat is quite fast-paced, but technical at the same time.

Competition is fierce in ranked games, so expect to get farmed if you go in without hours of training in the numerous single player modes (and countless trainings). It’s worth noting that cross-play is supported between PC & PS4, so PC players will have a way easier time finding matches than most PC fighting games (console players keep in mind that keyboard has less input lag in online matches though, so you can opt out of playing with PC players). 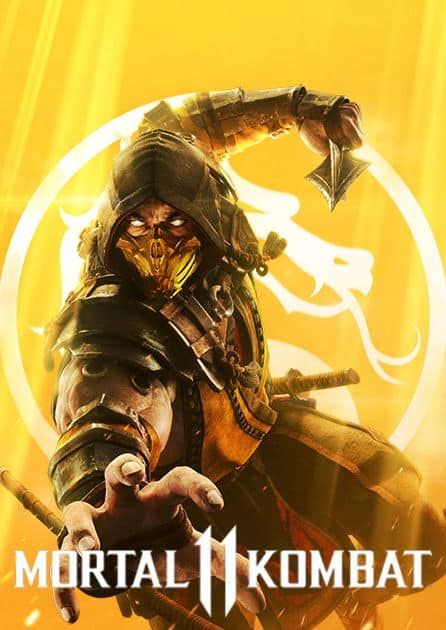 Mortal Kombat is probably the most iconic fighting game of the West, and since Netherealm took it over, each iteration is getting better and better! I don’t mean to diminish the value of the titanic franchise, just show my gratefulness for how well-made is the best fighting game of all times (I swear – I’m not biased?)!

There’s not much room for improvement from Mortal Kombat X, but they somehow managed to do it – from graphics, to content and of course the combat. There’s 24 characters in the base game, and 7 more so far from paid DLC. Unfortunately, the business / monetary decisions they made weren’t the best, so it’s one more case of negative public reception clouding how truly good a game is.

Mortal Kombat 11, along with its predecessors, teaches us to not button-mash, but be more strategic and technical on our gameplay (in contrast with many asian titles, which provide “handicaps” and button-mash combos for the uninitiated – not a bad idea though). There’s a wealth of special moves & combos for each character (and of course fatalities), so you gotta take your time to uncover your favorite fighter.

Online play is very active even for PC players, since most of the Mortal Kombat playerbase has moved from X to 11 on release day (who can blame us?), offering various fan favorite modes, ranked play & events. 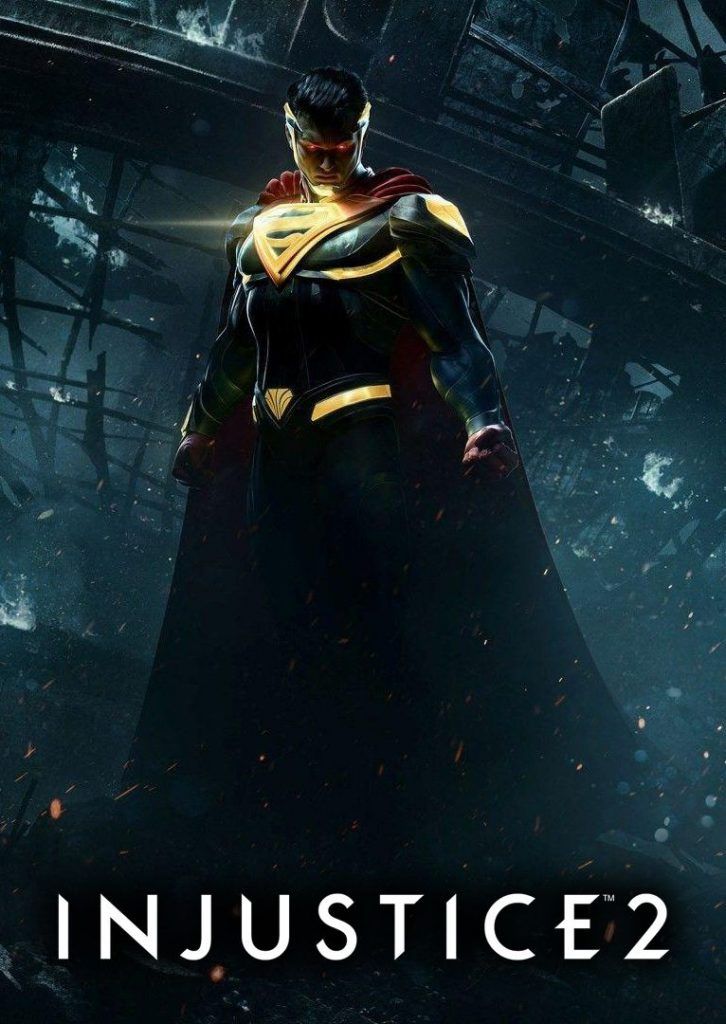 Injustice 2 does great justice to the first one, since they took a great game, and gave it all that it missed due to its age. I’m not going to lie – it’s the most unpopular game of this list, and I really don’t get it. The combat is “copy-paste” from Mortal Kombat (adjusted to match the theme & style), it’s full of DC Superheroes, and there’s tons of content to go through, as well as stuff to unlock (even gear with stats). I really expected way more people to love this one, but anyway!

There’s heavy distinctions in some mechanics between Injustice & Mortal Kombat (both are developed from Netherealm Studios), but MK fans will definitely enjoy how familiar the buttons and the mentality are. RPG elements run throughout the game, with gear sets you can collect to build the stats that matter the most to you (and of course change your character’s cosmetics), as well as special abilities you can equip & unlock to make him / her even more unique.

There’s various online modes to take part in (as well as offline), with Guilds also offering an additional way to grind unlockables and meet cool people. Tekken doesn’t need a big introduction, since it was always synonymous with a new PlayStation console releasing on the market, and most of us have spent a ton of teenage hours camped at friends’ houses while holding Tekken tournaments. Its combat remains fast and powerful, feeling forgiving to button mashers, only until they face a real pro!

Tekken 7 is the first title to become available for PC players, and we really want to thank Bandai Namco for that (how about adding some amazing crossplay – street fighter v style – right there?)! 36 base characters and 9 more through paid DLC, almost everyone is in there from the classics, along with a few new quirky additions (Negan from The Walking Dead? Why not!).

There’s not too many modes available in single / online play, but there’s a ton of cosmetics to grind at least, so that you can take a fair break from fighting somehow! In all honesty, the excitement wore out kinda quick with this one – sure, the fighting is amazing, but the content is thin and unless you’re training for a championship, it’s hard to keep yourself motivated! 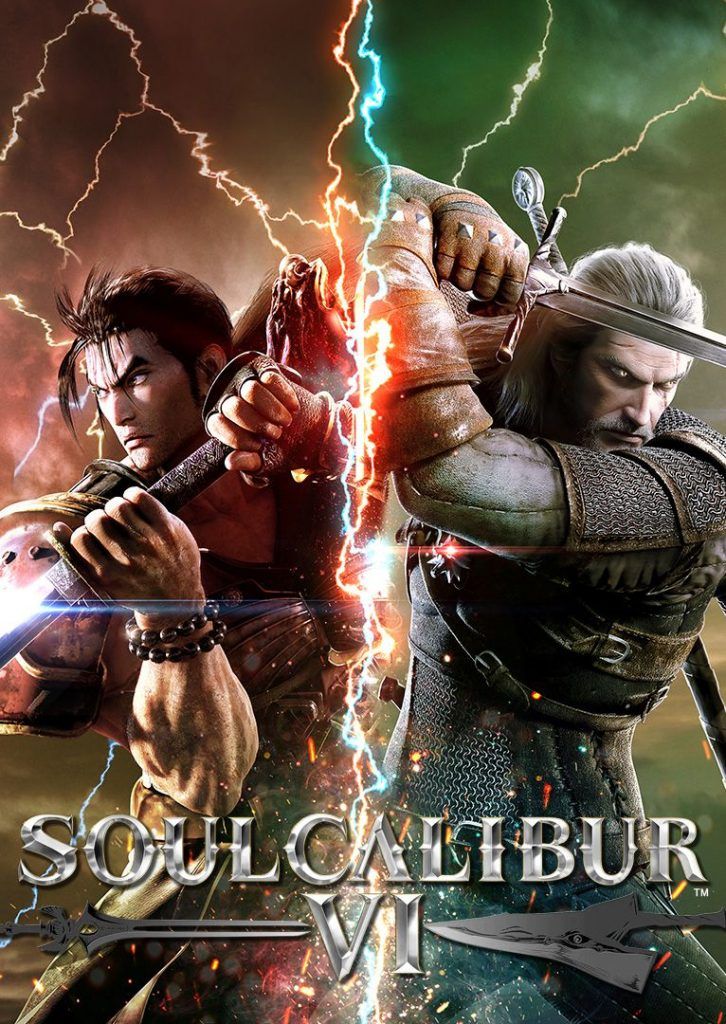 SoulCalibur returns at last, 6 years after the last one, and 23 years after the original Soul Edge game! After the initial nostalgia burst, the weapon-based combat indeed feels amazing, and the available content only makes it more interesting!

Offering 21 characters (old and new ones) and 4 more through paid DLC, SoulCalibur knows you still want more! At last, a proper way to create your own character in a fighting game. ? Gender, style, fighting moves and even an exclusive story mode to let you build your unique character, this is definitely an element other fighting games should take a closer look at!

There’s even more story modes for each different character, but the overall number of game modes is disappointing – one of the bad things Bandai Namco took from Tekken. The reality is that from a technical standpoint we’re looking at Tekken with weapons here, with most good / bad things that might mean.

The good thing is that SoulCalibur & Tekken fans don’t usually collide, therefore both can benefit from Namco’s latest fighting technology, so expect to have a good time on the online mode, especially when bringing your own character! 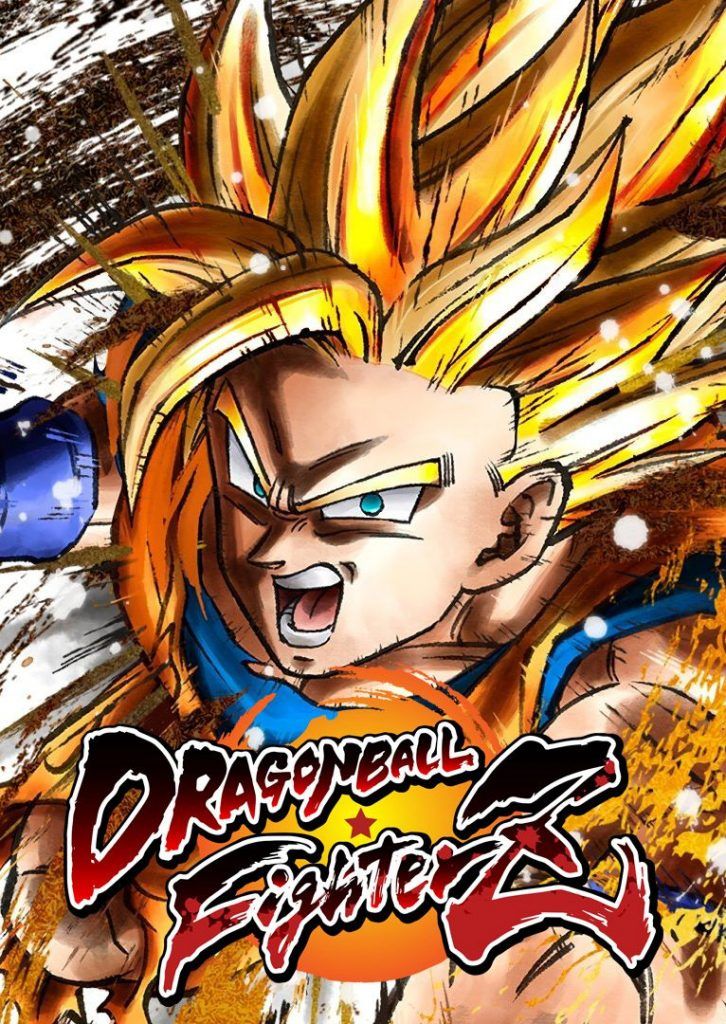 Dragon Ball FighterZ is a great case of a game. It combines the most experienced 2D fighting game developers (Arc System Works), along with the most popular anime series ever released – Dragon Ball. The result could only be as massive as it is!

I’m not an anime – let alone Dragon Ball fan (don’t crucify me plz thx). So rest assured that if you are after an intense, fun and educational fighting game, DB is not the reason this game has received such a great exposure. It’s the mechanics, the strategy and the controls, which offer an unseen before fighting experience! ?

There are 21 dragon ball characters you can play with and 14 more through paid DLC, along with a wealth of cosmetics you can farm for them while playing the single / online modes of the game. There’s a wealth of modes, an extensive story, and many more gimmicks to keep you occupied on the road to fame!

As always, there’s no crossplay offered, but at least the community is quite large in all platforms, offering a quite good matchmaking compared to most other games in this list. Last but not least, the online lobbies actually exist, and you can roam around with your avatar among the other players, in the region of your choice. 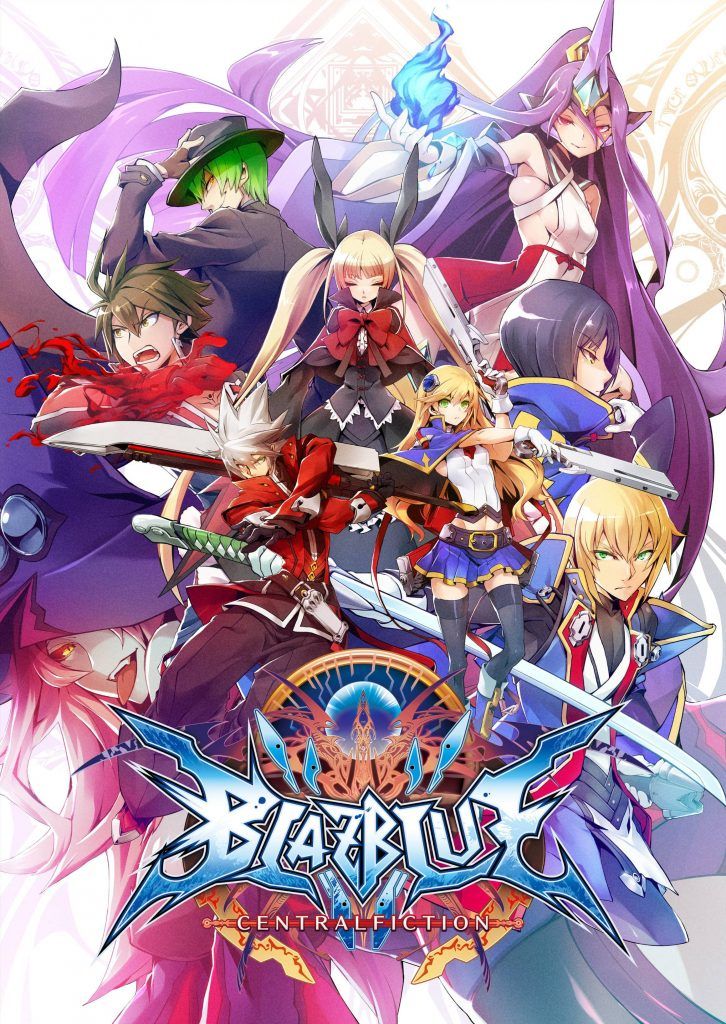 Centralfiction is the 4th game of the main BlazBlue series, is inevitably the best one. The most well known anime fighting franchise in the West – and for good reason – by none other than.. Arc System Works!

Returning with a roster of 35 characters and 1 more through paid DLC, Centralfiction is definitely your best option if you want to get in the BlazBlue series (unless of course you want the story too, then u gotta play Calamity Trigger, Continuum Shift & Chronophantasma, in that order. However, Centralfiction also offers the story recap option for you, which will run for 45 minutes give or take).

The story mode is huge and immersive like the rest of the titles (and unlike most fighting games), and feels like watching an actual anime show (you don’t have to be a fun to enjoy it – I’m not). The combat is fast-paced, strategic & flashy. Guarding too much is punished, while pushing at the right timing is greatly rewarded.

There’s also tons of challenge modes to keep you occupied, and even though the online community is not so big, it’s much more enthusiastic and active than many other titles. PC players will have to make some friends over the forums to enjoy online play the most (cross-play-everywhere-WHEN?)! 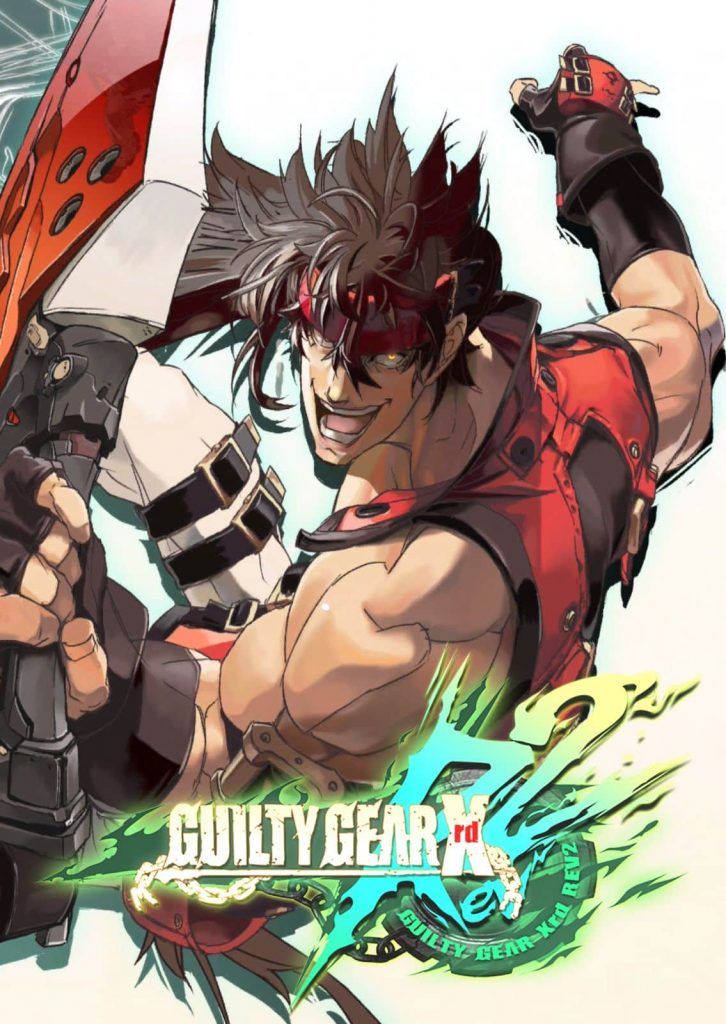 Guilty Gear first released more than 20 years ago, and it’s been a fan favorite ever since. This anime fighting game (by Guess Who) is special in many ways – extensive tutorials & excellent netcode being the most note-worthy.

An extensive roster of 20 unique characters and 5 more through paid DLC, you will find many different fighting styles to fit your taste, along with Guilty Gear’s impressive “double jump / double dash” combat. The combat can be overwhelming, with many ways to block / defend, punish or deceive your opponent, but at least the excellent tutorial system makes it a bit more fun & engaging to go through the hardships!

Story mode is equivalent to an anime, and the similarities with BlazBlue go on (though Guilty Gear came first) – of course personally I think that’s a good thing, since both franchises do an amazing work at what they do, and well, it’s Arc System Works!

Playing online is almost as responsive as offline play (why is this rarely the case in fighting games?), and you’re going to face some hardcore Guilty Gear fans that will punish you to the bone. Remember – this is a very hard fighting game!