What are the best Ninja Gaiden Master Collection mods? That’s as challenging as the game itself. The release of the Master Collection made the series accessible for gamers who haven’t had the chance to try the originals. And it feels great to see newcomers discovering this amazing franchise.

Similar to several vibrant hack-and-slash titles like Metal Gear Rising: Revengeance and Devil May Cry 5, Ninja Gaiden is a potent name in the genre. It’s over-the-top incredible with fast-paced gameplay and a badass ninja character. While the release of such a collection has cast a bit of hope for Koei Tecmo to make a proper fourth entry, some fans felt that this compilation lacked something. One such example is the elimination of blood in Ninja Gaiden Sigma 2 considering it’s a remastered version of the original Ninja Gaiden 2 released exclusively on the Xbox 360.

Such a move made modders unite to bring various major aspects that made the series a blast to go through, and also introduce new outfits, characters and more. All of which makes the experience much better. Without further ado, Here are some of the best Ninja Gaiden: Master Collection mods. 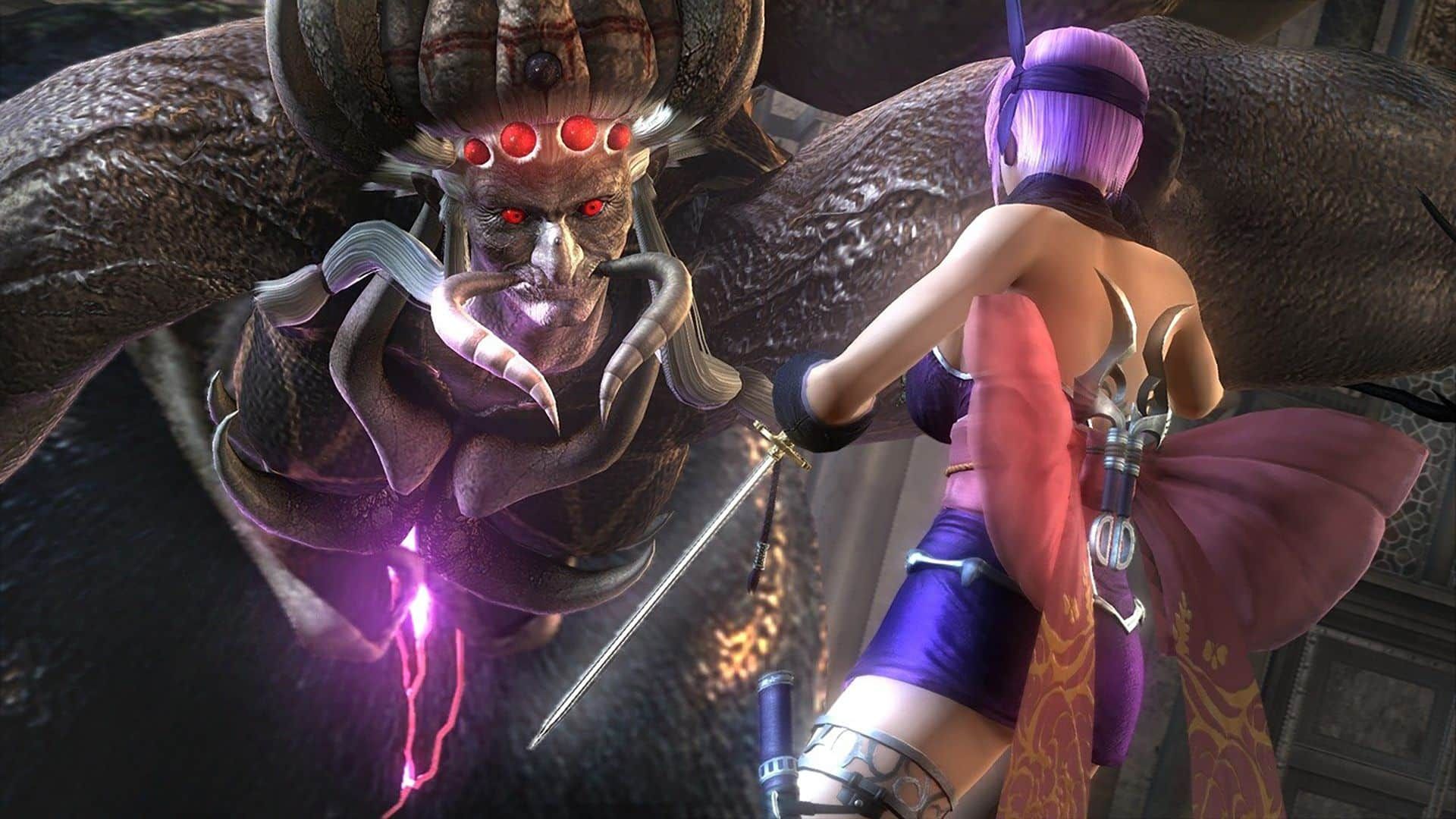 One of the first tools you should download is the Mods Loader for the game. This tool will help you load mod files from your game’s folder. Therefore, there is no need to import mod files into the game anymore. The tool supports three games; Ninja Gaiden Sigma, Ninja Gaiden Sigma 2 and Ninja Gaiden 3: Razor’s Edge. How to install this mod is pretty easy, and doesn’t require much thinking. The goal of this mod is to restore the classic HUD design, faithfully emulating that of Ninja Gaiden (2004), and Ninja Gaiden Black. It’s not a mandatory mod per see, but if you’re a long-time fan of the series this mod may pique your interest. 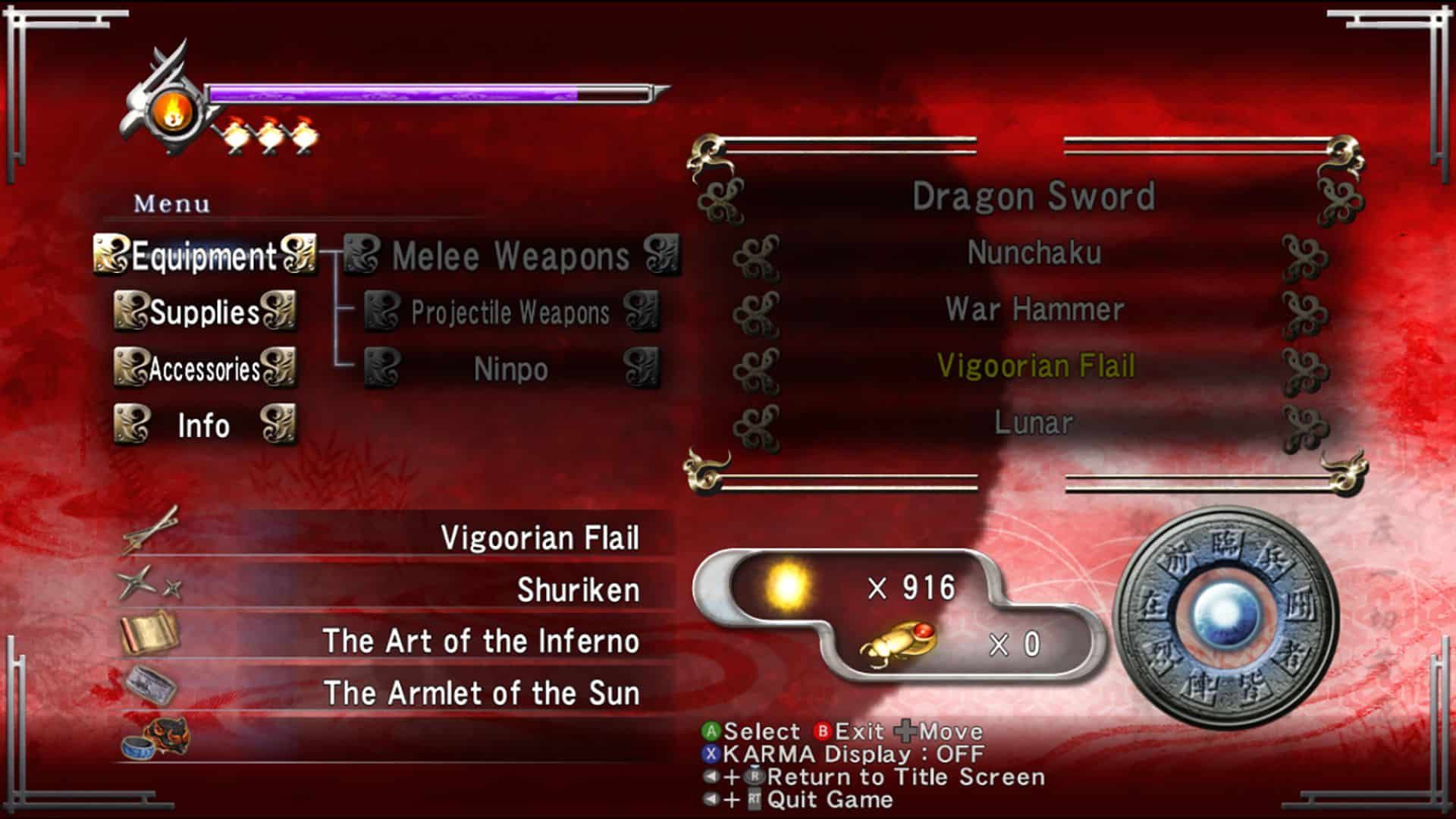 For those who aren’t familiar with the Ninja Gaiden franchise, the Ninja Gaiden Master Collection includes three games with two being ports of the PS Vita ports: Ninja Gaiden Sigma Plus and Plus 2. What this mod does is simply colour the menu so that it matches the original remastered releases from the PlayStation 3 instead of the Vita. 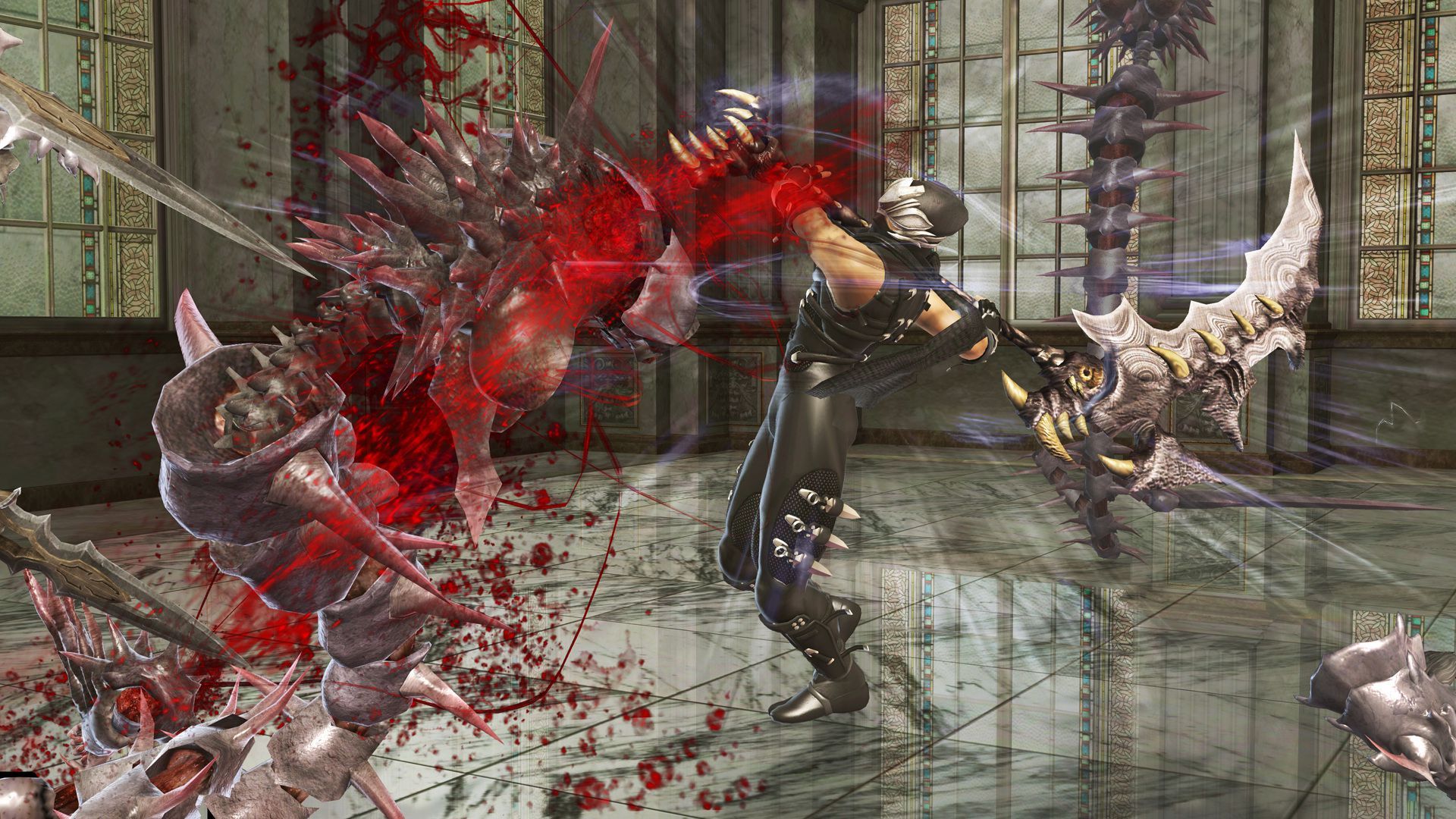 Ninja Gaiden 2 on the Xbox 360 is undoubtedly one of the most brutal games to ever exist. However, Ninja Gaiden Sigma 2 censored the blood in exchange for a purple-like colour when executing your enemies.

If you’re someone who prefers PlayStation button prompts rather than Xbox, this is mod is for you. Made by the same creator behind the Red Menu theme, all that is left is to make Nintendo buttons a reality. 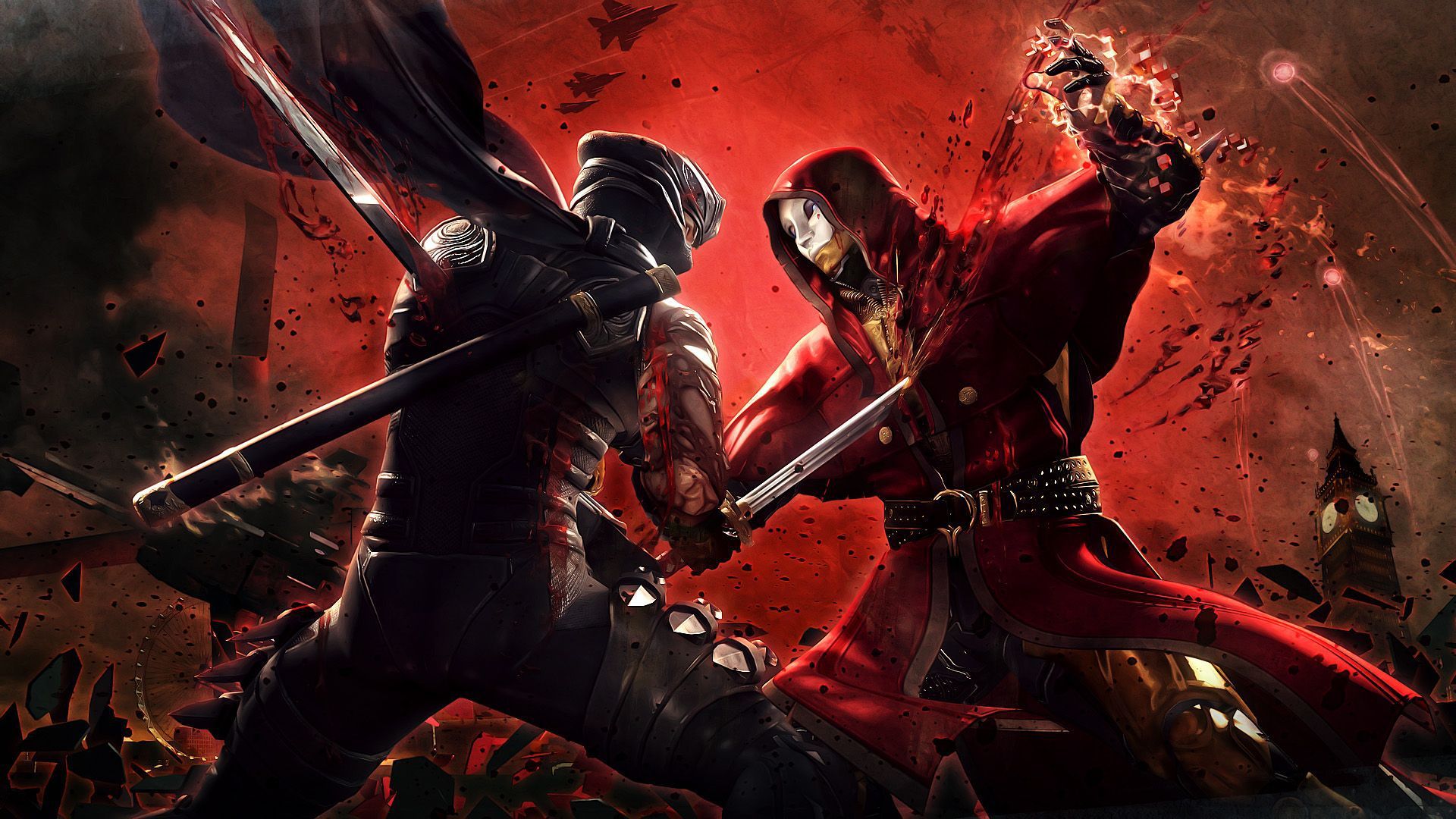 Ninja Gaiden Master Collection doesn’t natively support playing with the keyboard and mouse. For PC players, this is a major turn-off. However, luckily you can play through this compilation using kb&m using this mod. It’s not difficult to set up and get it running. Just follow the instructions provided by the creator via the NexusMods website. 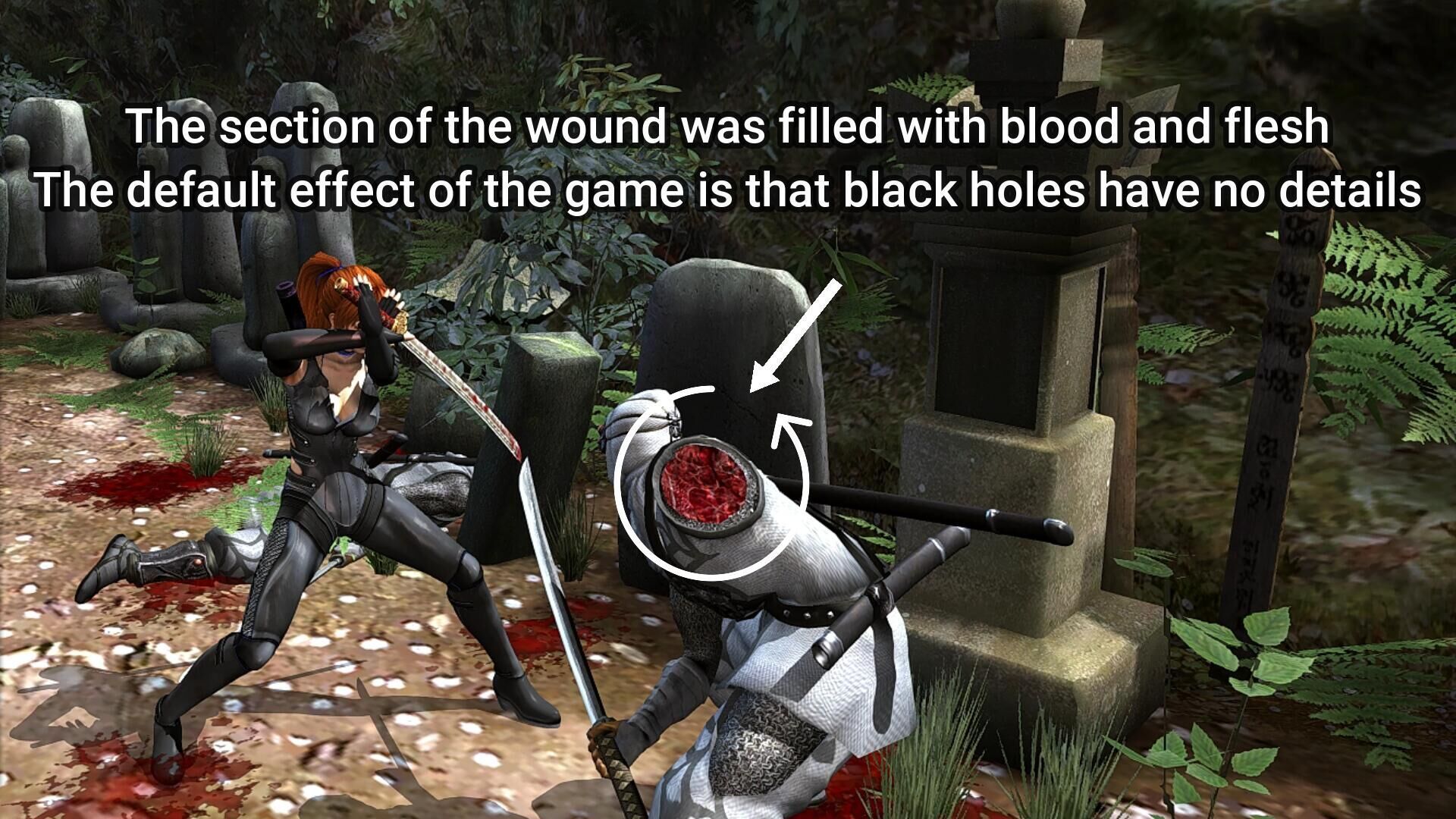 Another essential mod you must download to enjoy Ninja Gaiden Sigma 2 in full. What this mod does is it replaces the black hole section of the original Sigma 2 with the muscle wound map with flesh and fascia. 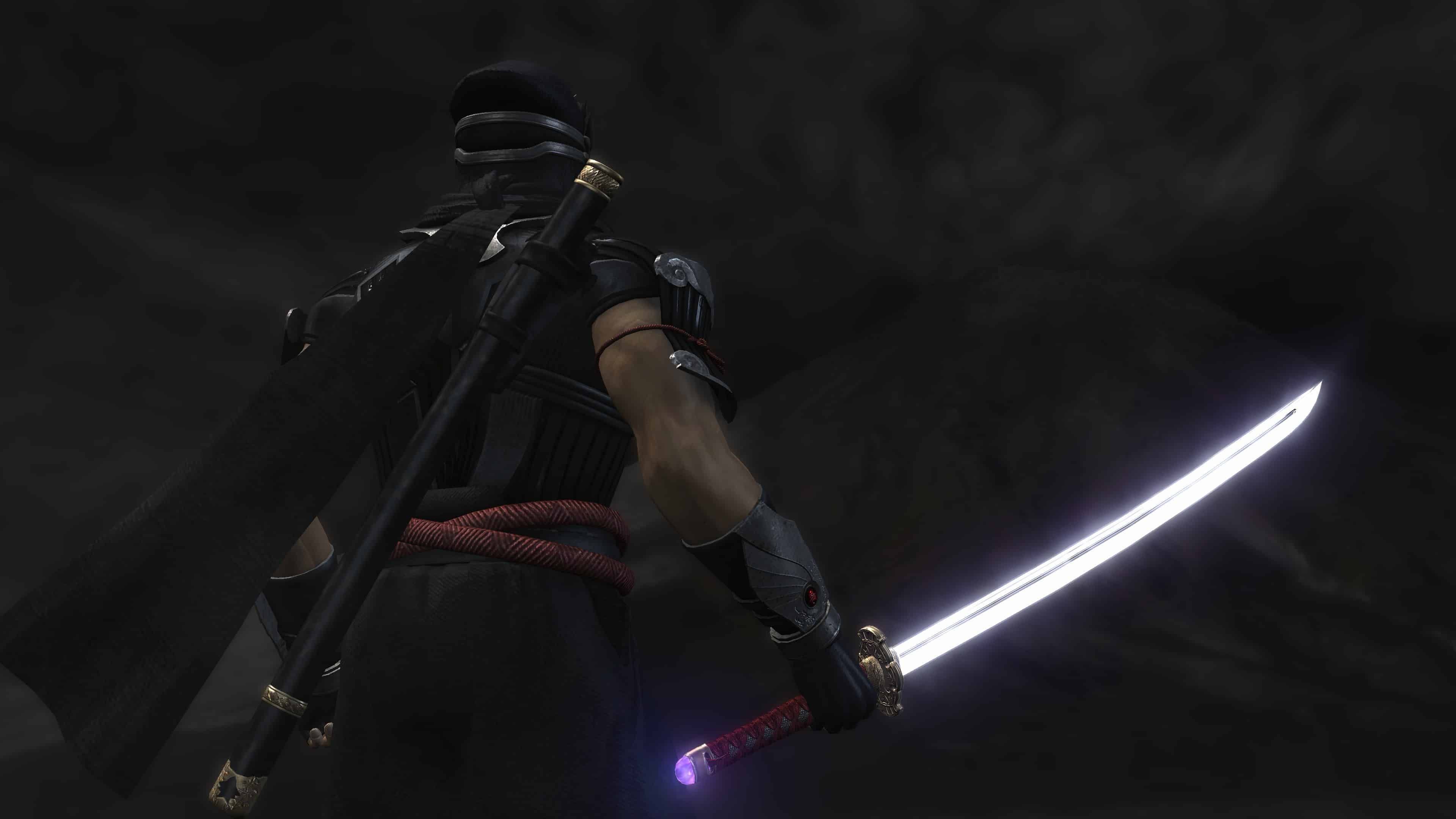 The first costume to be shown is the black version of the Jo Hayabusa costume. It looks stunning and it suits badass characters such as Ryu Hayabusa.

Some of us just like the classic stuff. Lucky for you, this mod does just the thang. Choose between 3 costumes: Red, White or Black. Spring into action using whatever costume you like, and just have fun hacking and slashing a bunch of ninjas. 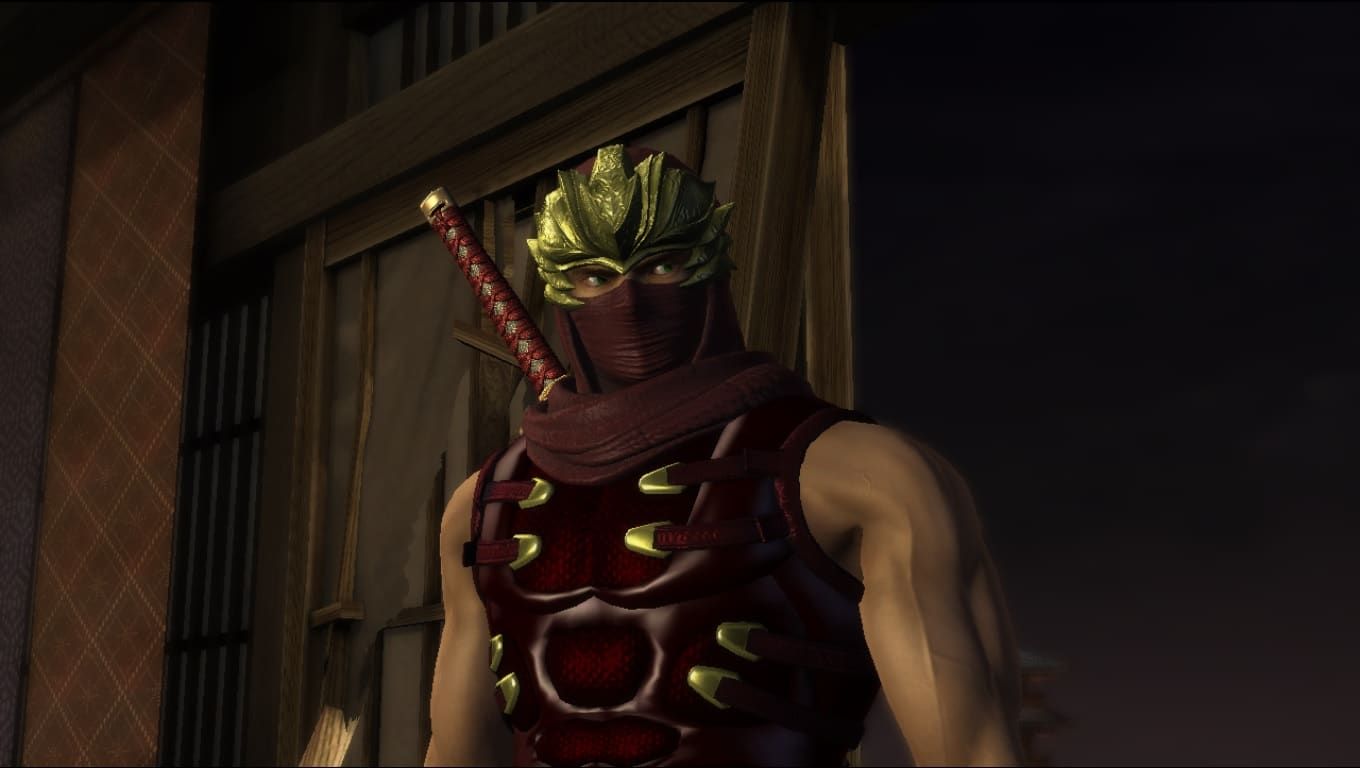 This mod is an attempt to bring back the original Darkblood costume originally shown in Ninja Gaiden 2 for the Xbox 360. Although it may not be 100% accurate, the creator has done a great job at making a nearly identical costume. 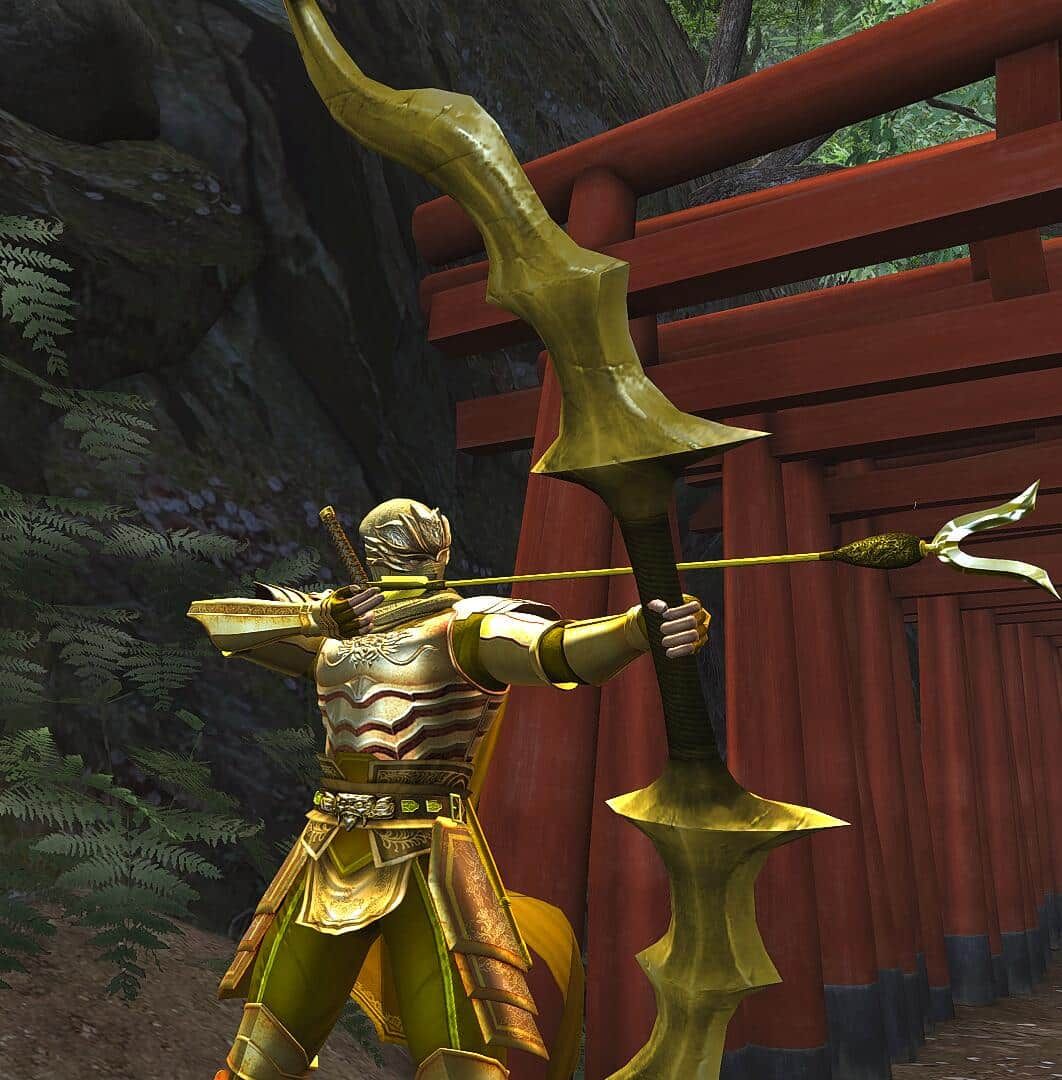 Everything about this costume looks stunning 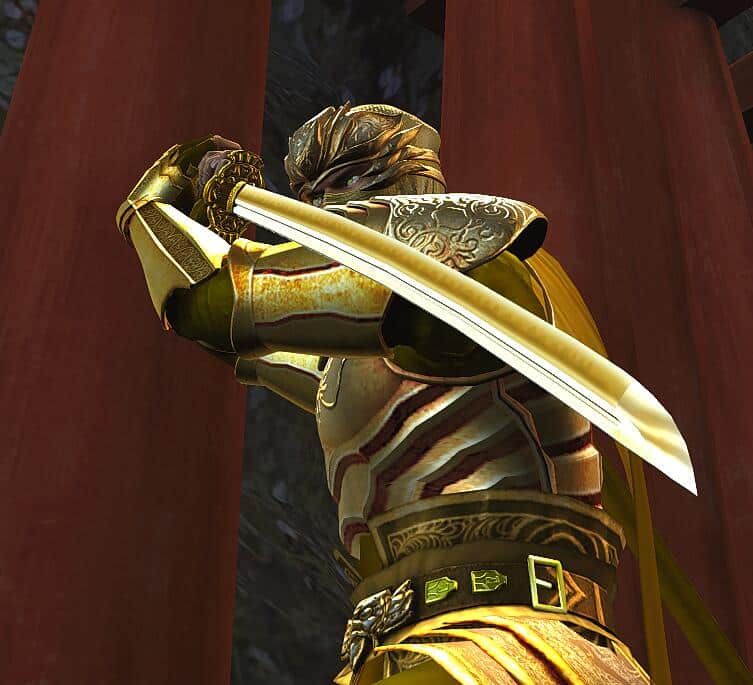 From the badass pose

to the glimmering golden aura of the costume

Once you’ve finished Ninja Gaiden Sigma 2, you can always replay the game using this costume. Its yellow aura casts a shining light upon Ryu which makes him even more stylish and… badass. 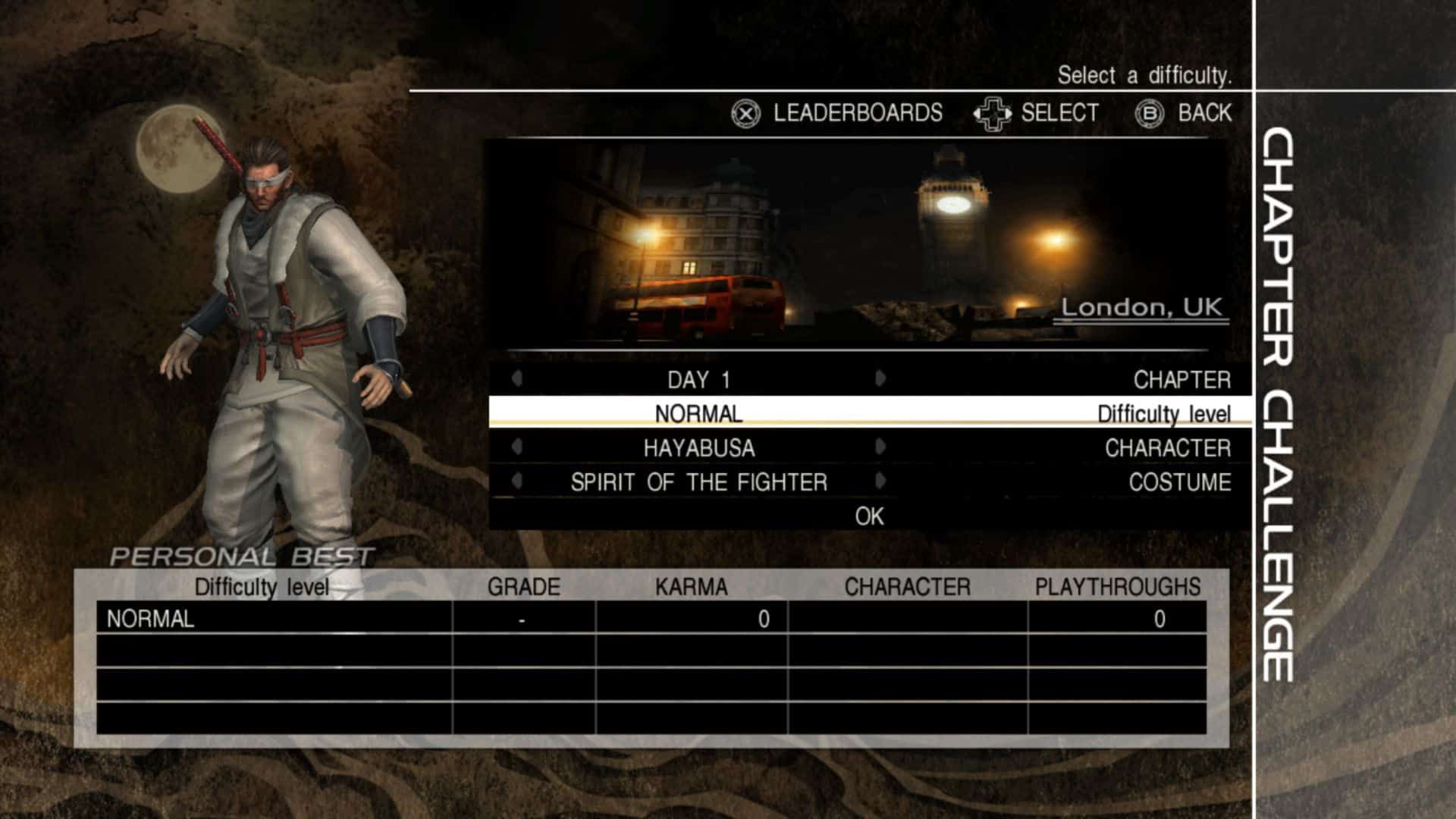 Slash your way into NG3RE as Ryu’s Father himself (well, not exactly him since it’s just an outfit). This mod is quite easy to download and install. 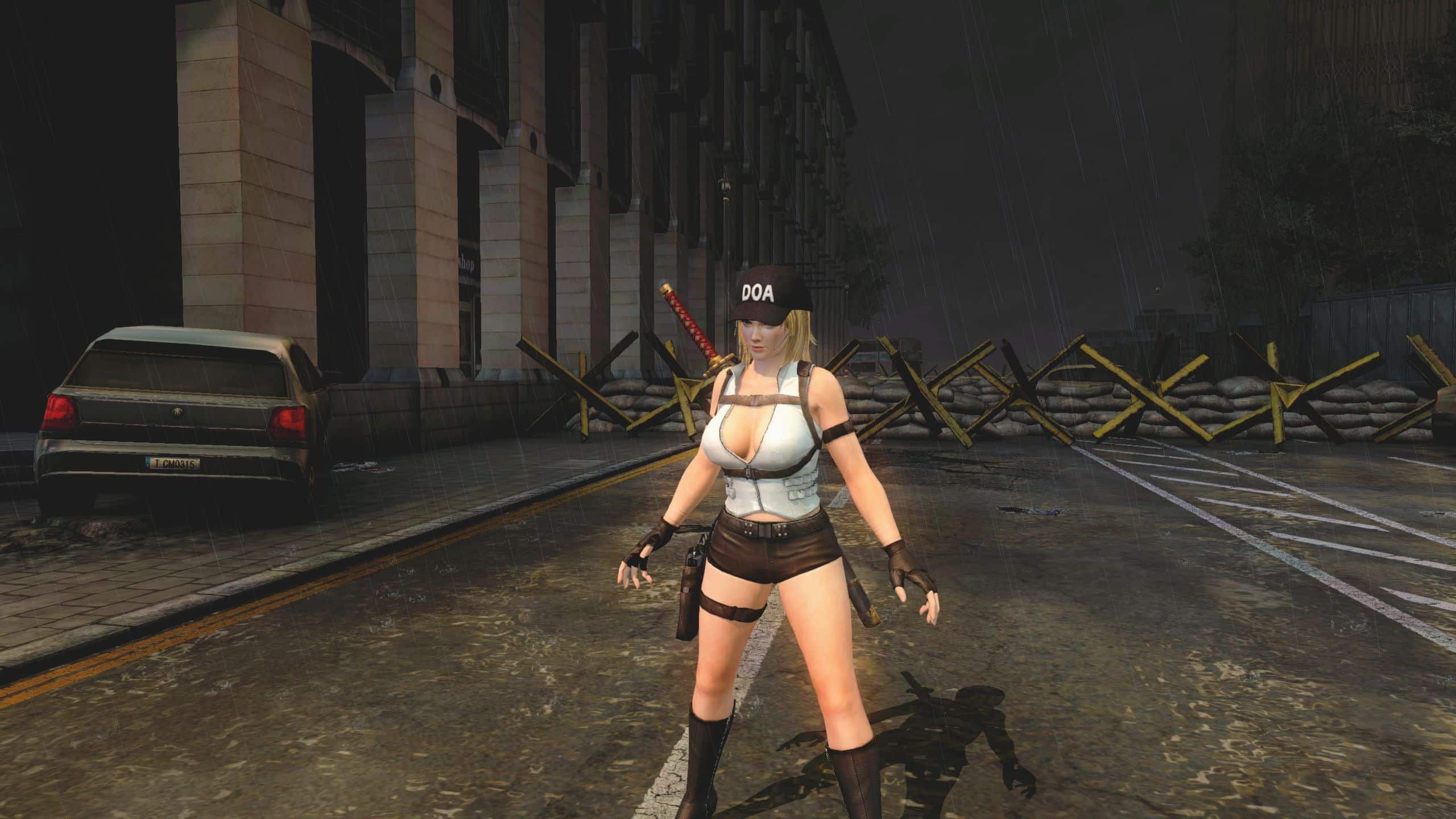 Seeing Tina’s outfit mod from Dead or Alive makes us wish for more characters in the DOA universe to make an appearance in future Ninja Gaiden series. Tina Armstrong, Helena Douglas, Hayate and Jann Lee are one of the few that would do great as guest characters in Ninja Gaiden. 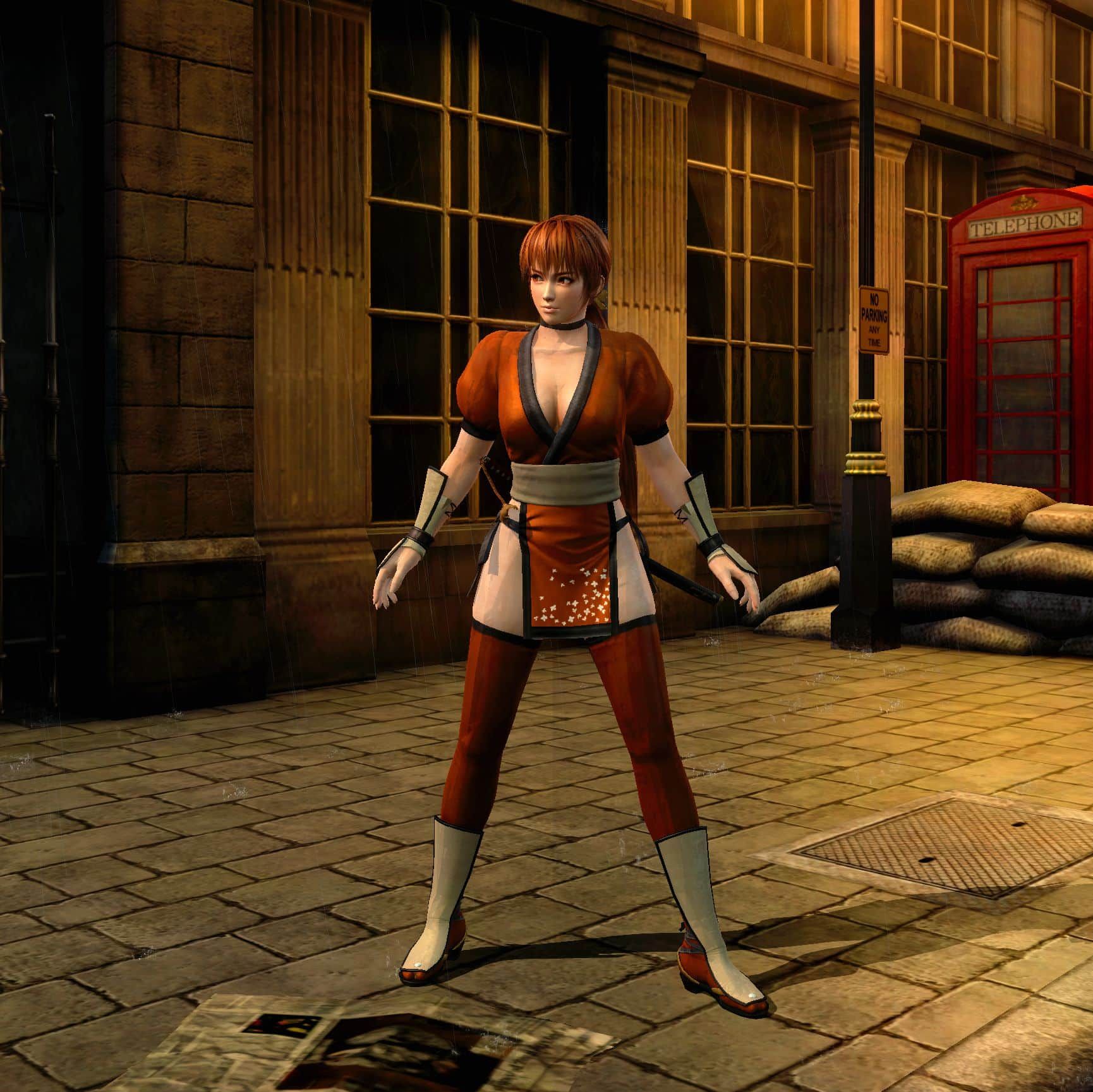 She has the look of an innocent woman 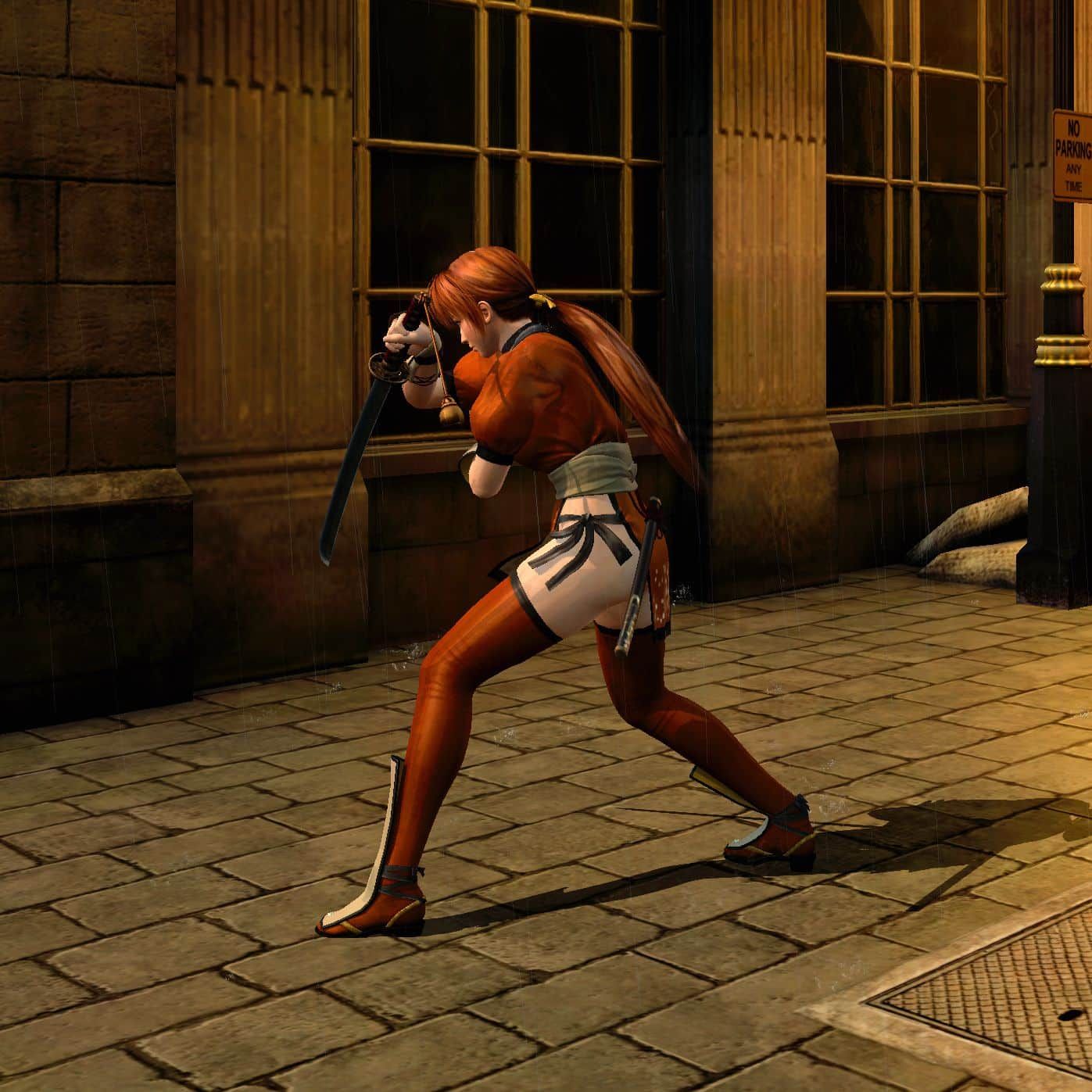 but the pose of a ninja 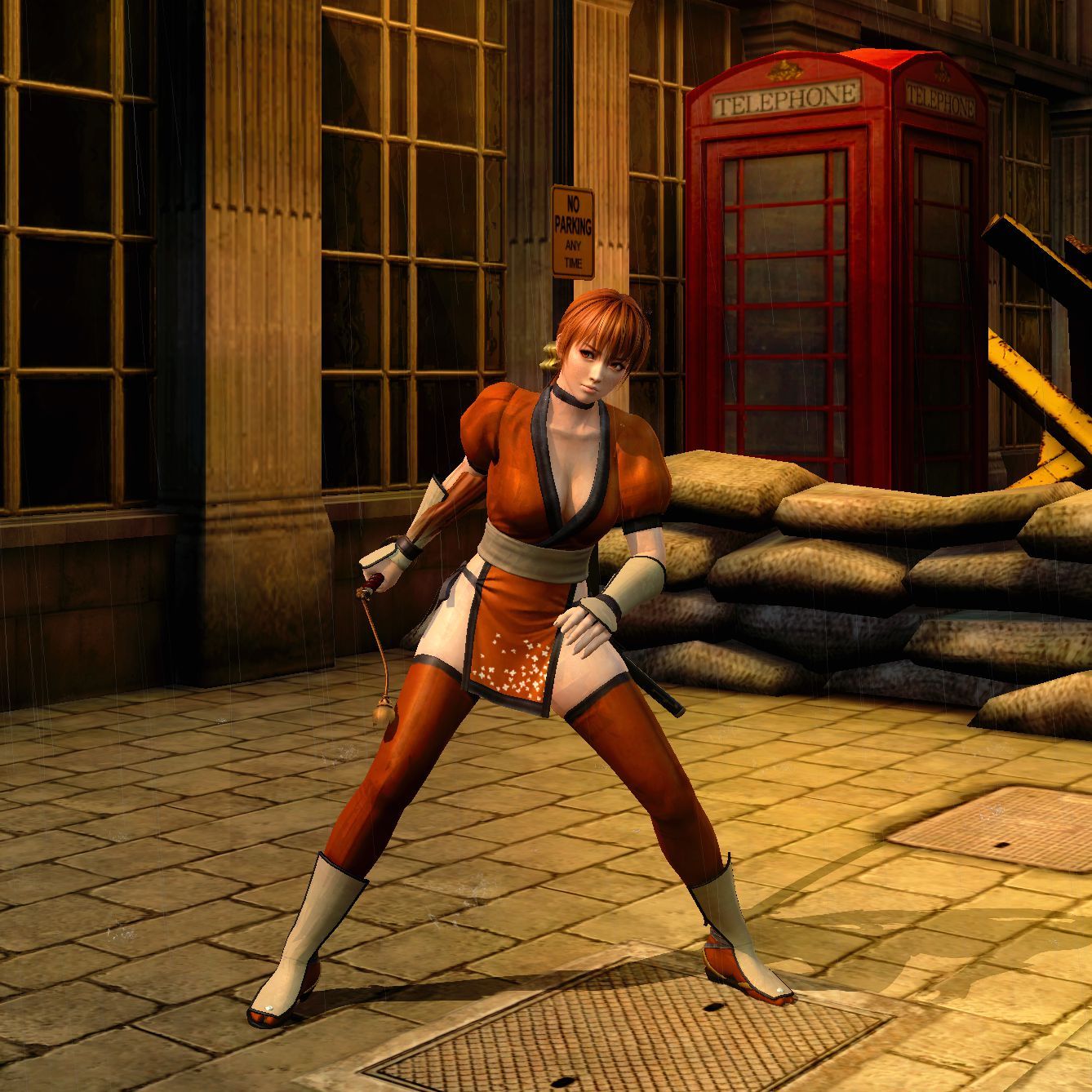 and the stare of a killer

We’re finishing our list with Kasumi’s outfit mod in Ninja Gaiden 3 Razor’s Edge. This mod is actually an edit of Kasumi’s original outfit with a red colour instead of the blue one. Fans of Kasumi will find this mod interesting.

These mods aren’t necessary, but if you do like modding your games, this section will pique your interest 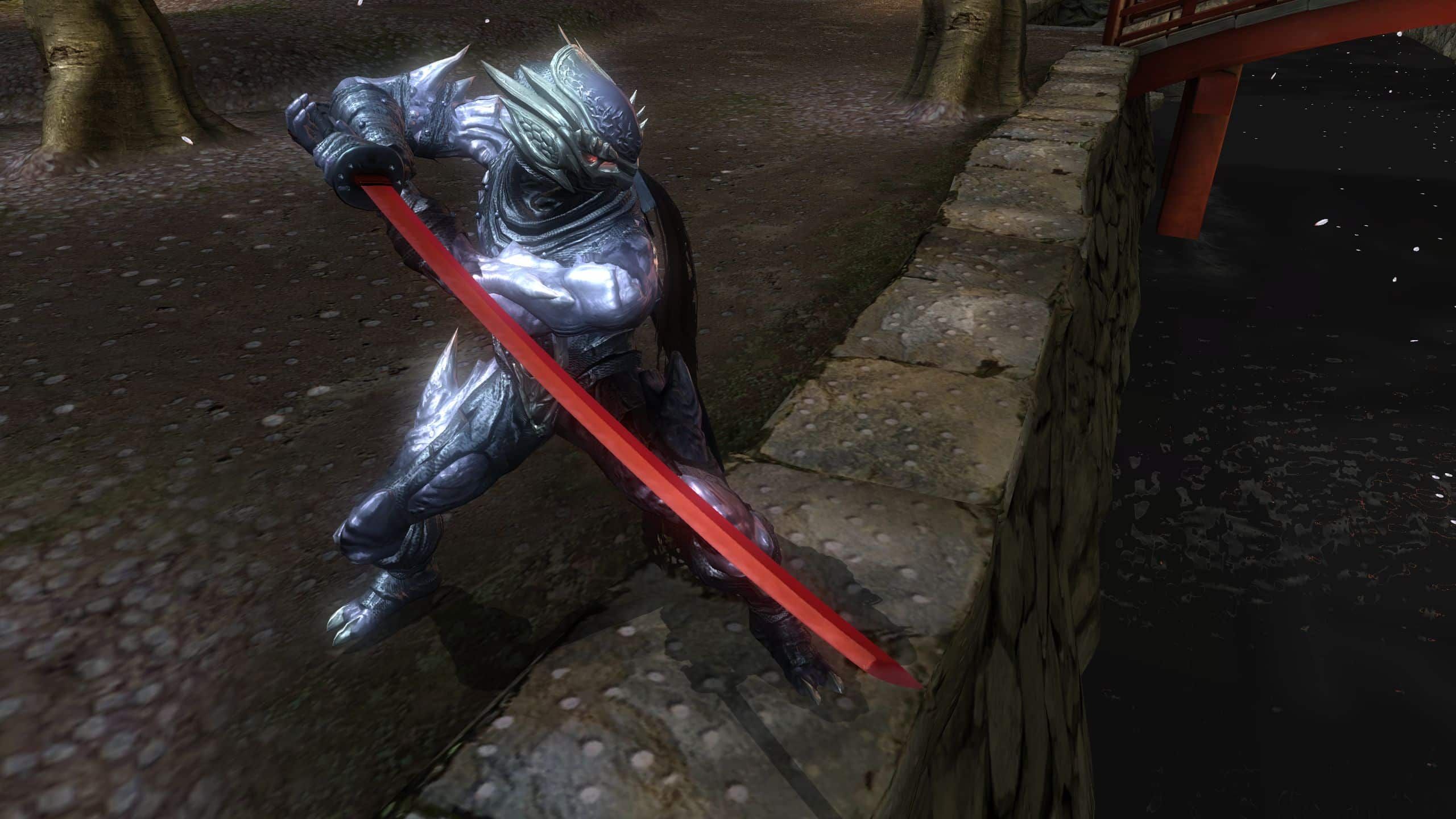 Fans of Metal Gear Rising: Revengeance, and especially Jet Stream will want to check out this mod that replaces the dragon sword with Sam’s red blade Murasama.

Creator: Guilty and uploaded by realguilty 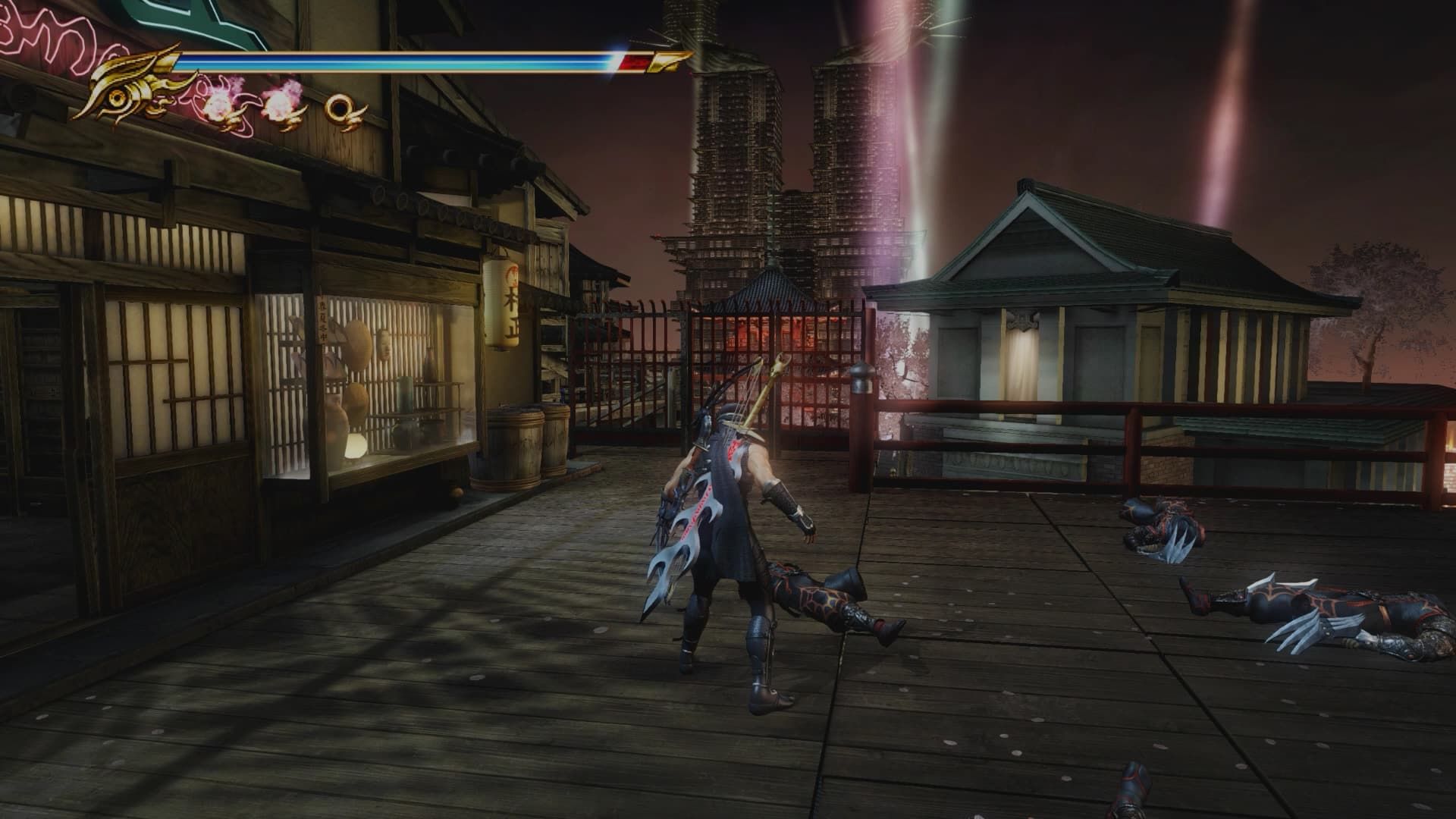 Dark Dragon Blade is one of the few weapons from the series that fans haven’t gotten the chance to try out. This mod replaces the Dragon Sword with the Dark Dragon Blade as you can see above. It’s nothing special, but if such things do pique your interest, go ahead and download it.