Despite the different approaches Nintendo Wii took, the console popped some interesting fighting games experimenting with the new motion controls or sticking to the old ways (classic controller, Wii Mote sideways, Arcade Stick). The Nintendo Wii was home to a decent array of fighting games varying from exclusives, ports, and game compilations.

Today we are here to deliver you the best Wii fighting games to date, stick with us as we introduce the ultimate list of fighting games on the underrated Nintendo Wii.

Note: Keep in mind that a classic controller or a Nintendo Wii Fighting Stick is hugely recommended especially for 2D fighting games. 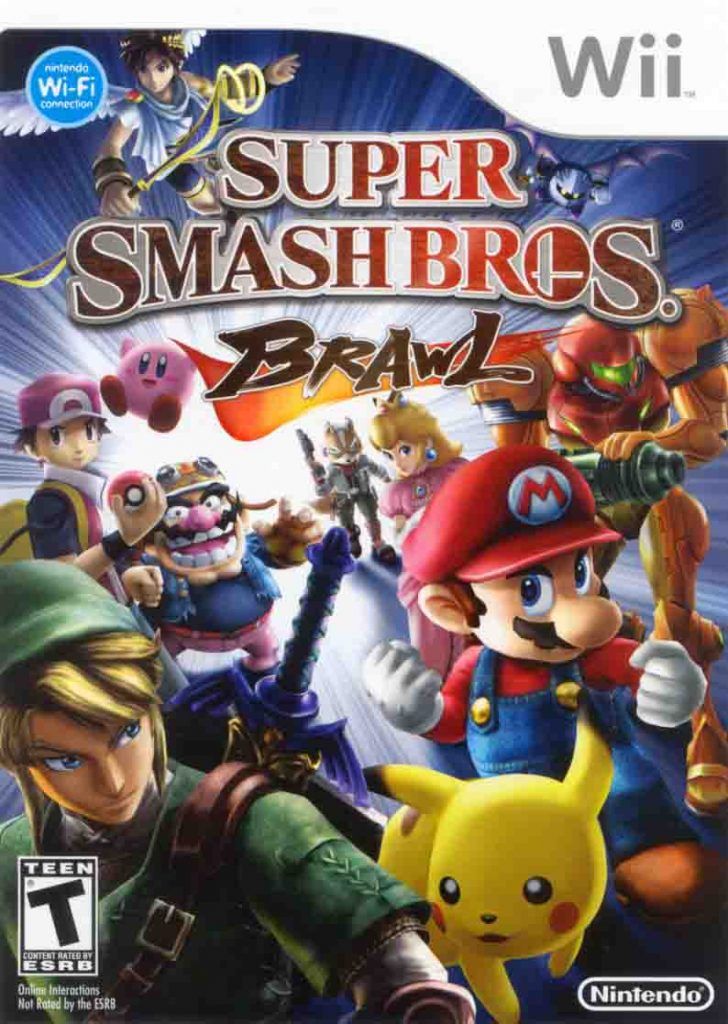 Brawl brings back the old selection of fighters from the GameCube predecessor while adding more to the package, for the first time in the series Brawl adds third-party characters from different game series. The game can be played with a standard Wii mote, but i hugely recommend a GameCube controller or a classic Wii Controller for a more suitable experience. 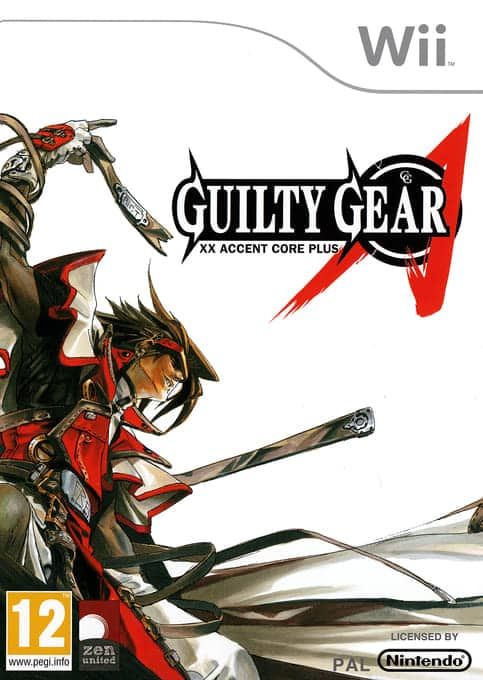 The game plays just like your typical classic 2d fighters, offering several modes to play on (story, arcade, survival, vs CPU, multiplayer etc..). Up to 25 characters are playable over the course of the game. while Guilty Gear XX Accent Core is a must-play on the system for fighters fans i strongly recommend getting the classic controller for this title, do not attempt to play it with the Wii Mote! 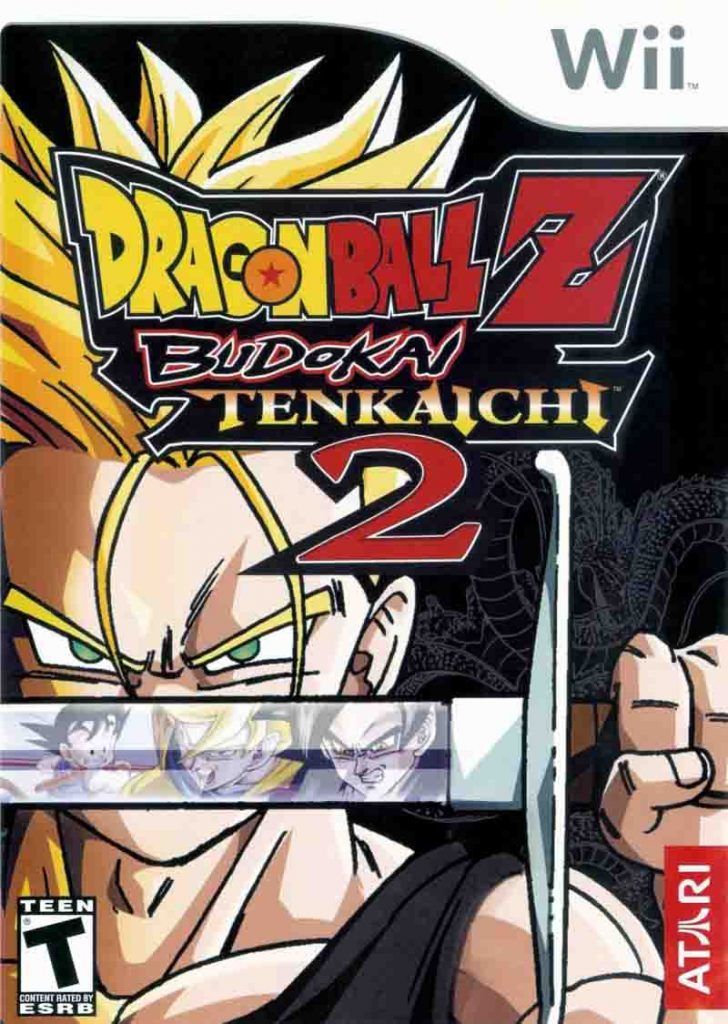 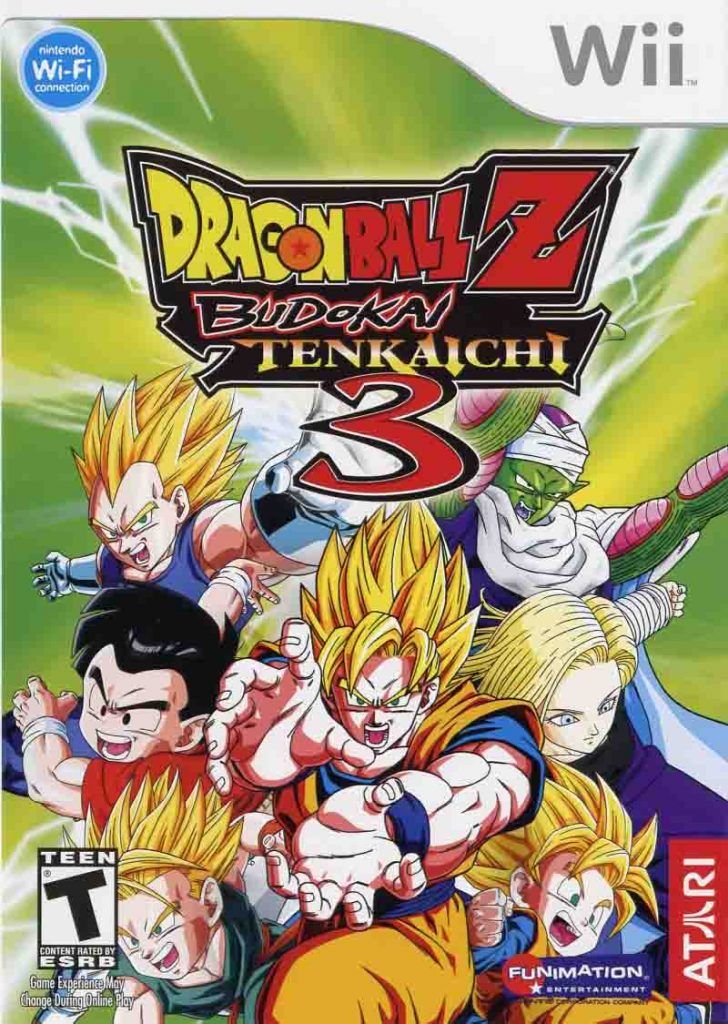 Dragon Ball Z: Budokai Tenkaichi 2 and 3 are 3d fighting games, the Tenkaichi Budokai series was hugely loved by fans all over the globe, inspired by the iconic Dragon Ball Z manga.  The two games were ported to the Wii after the huge success on the mighty PlayStation 2 actually these two ports aren’t that bad at all especially if you get used to the new controls.

Dragon Ball fans will find themselves right at home playing these two games, a huge selection of characters is here to keep you busy and by huge i mean huge! Also, the story mode is very fun to play recreating every moment from the Saiyan saga up to the GT saga. In conclusion, these two games are worth it but you need to be patient with the controls, just give it time and start with the training mode, it will end up in a fulfilling new experience. 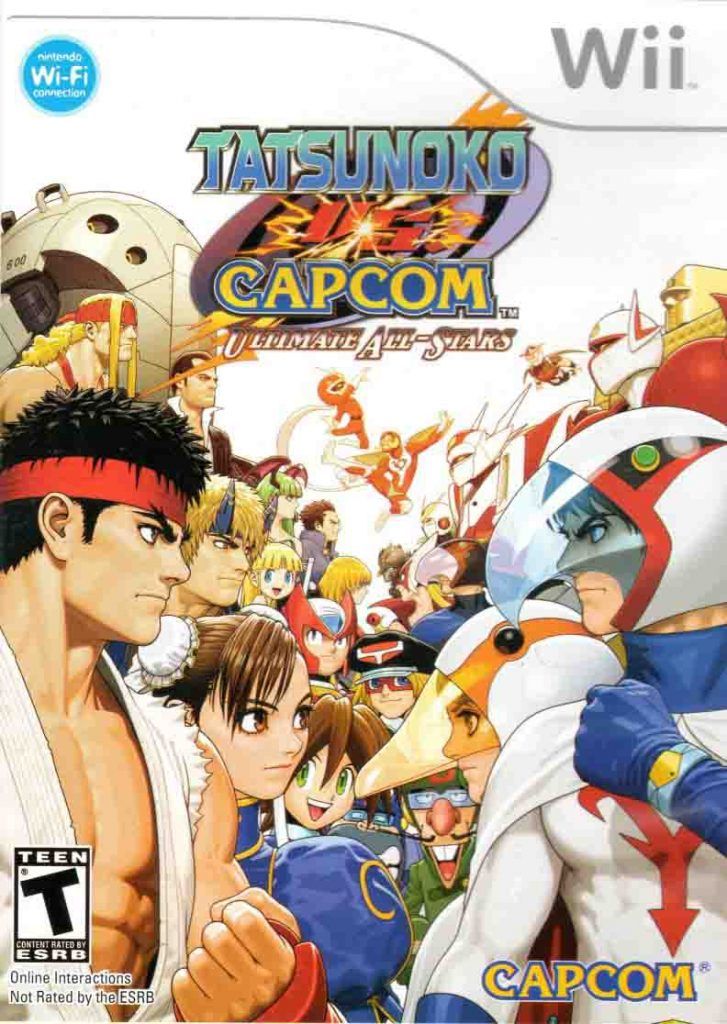 Tatsunoko vs Capcom Ultimate All Stars is a 2D fighting game developed exclusively for the Nintendo Wii. The game is a collaboration between Capcom franchise and the anime studio Tatsunoko Production, featuring over twenty-six characters from both franchises.

Tatsunoko vs Capcom feature fully 3d rendered characters with a 2d arena environment, you select two characters at the beginning of each game, allowing you to switch between the two characters at ease during the combat. The game supports all kinds of controllers (Wii Mote, classic controller, GameCube controller), with the Wii Mote being a more casual and simplified method to play the game. 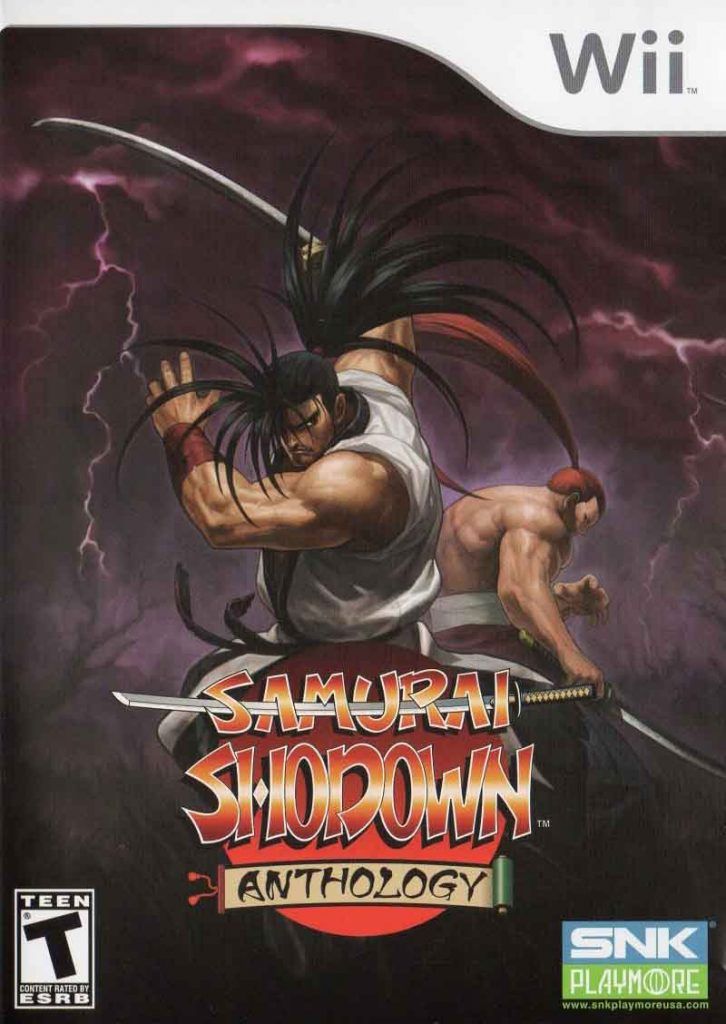 Samurai Showdown Anthology is a 2d fighting game compilation, the game feature six Samurai Showdown games in one package (yeah a great deal in my opinion!). Fighting game fans will find themselves right at home with this Anthology, reliving the past SNK arcade glory on their home tv, with the absolutely beautiful 2d pixel art, the amazing audio, and my favorite Japanese theme, this is a must-play! 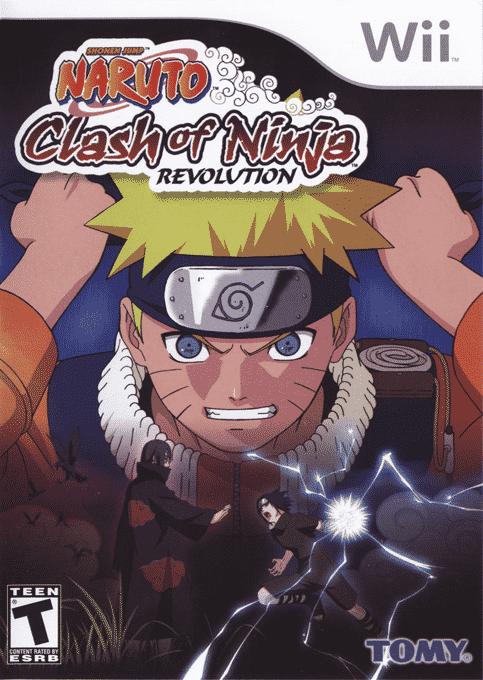 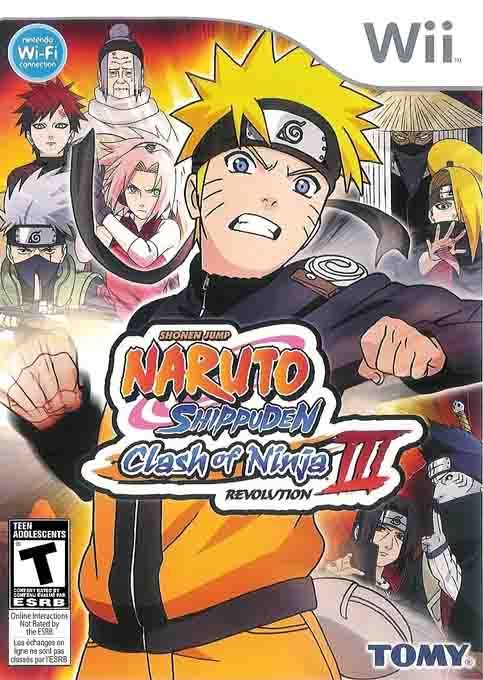 The story in the first game follows the event of the chuunin exam arc, all up to the end of the search of Tsunade arc, the second game feature an original story never told in the manga or the anime, and the last game on the trilogy feature the Naruto: Shippuden follow up of the series covering the Kazekage rescue arc.

In each game of the trilogy, the player chooses one of many available characters, the goal of each round is to reduce your opponent’s health using basic, heavy, and special attacks. Different from the GameCube counterpart the Wii supports motion controls offering a new experience for old players. Overall as a naruto fan i absolutely enjoyed the trilogy on the Wii, just bear in mind that you need to be a little patient and open-minded with the motion controls to get a hold of it, and enjoy the game. 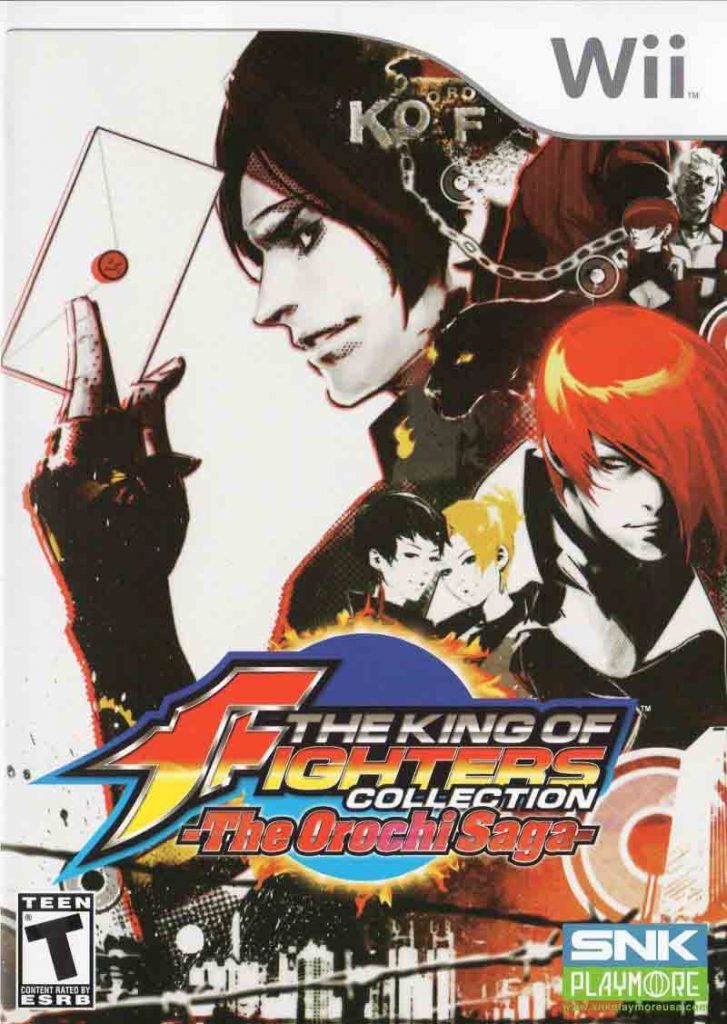 The King Of Fighters Collection The Orochi Saga is a game compilation of the famous 2d SNK fighting games released in the early to mid 90’s. The game feature five generous games covering from KOF 94′ all up to the pinnacle of the series KOF ’98.

There is no magic here as the King Of fighter offers a pure classic experience of the golden age of the 2d arcade fighting games, most of the time you play with a team of three characters each on its own, when one of your team falls down the next one step into the stage, if all the three characters lose their health it will end in a game over screen and vise versa for you opponents. Thankfully this title supports the classic controller which i strongly recommend over the Wii Mote. Overall, this is a great port if you want to experience the series for the first time, and even for veteran players, this is a great deal regarding how many games you’ll get in one disc. 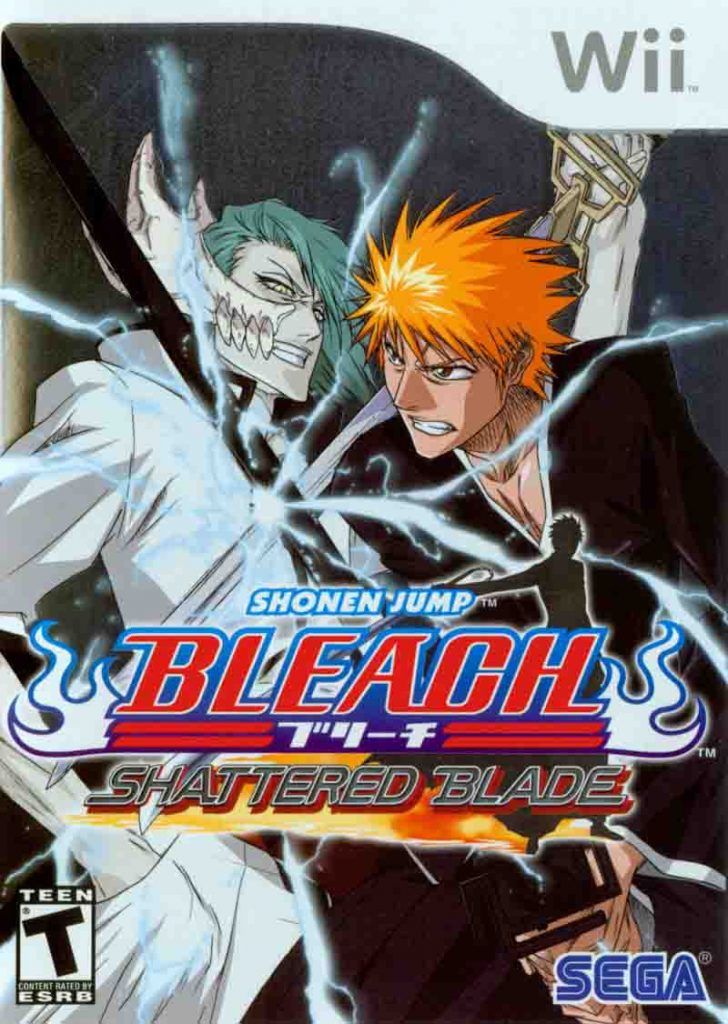 Bleach Shattered Blade is 3d fighting game, the game is based on the famous Bleach manga and anime made by Tite Kubo. Shattered Blade is set following the events of Rukia’s rescue arc, after the Sokyoku destruction, Ichigo goes on a journey to collect its shards scattered all across the soul society, at the same time a mysterious Arrancar named Arturo broke free from the central 46, seeking revenge after being imprisoned in it by the shinigami’s for over a thousand year.

The game offers a 3d environment where the player can move freely on every direction, a health bar is available just like any other fighting game, and also a stamina bar to determine how ofter you can attack in a row, attacks are used by waving the Wii Mote on any direction you choose, there is three basic attacks to use horizontal, vertical which is a light attack , and a stabbing attack that does more damage (heavy), also you can use special attacks unique to each character you choose, and of course a power-up transformation (Bankai). 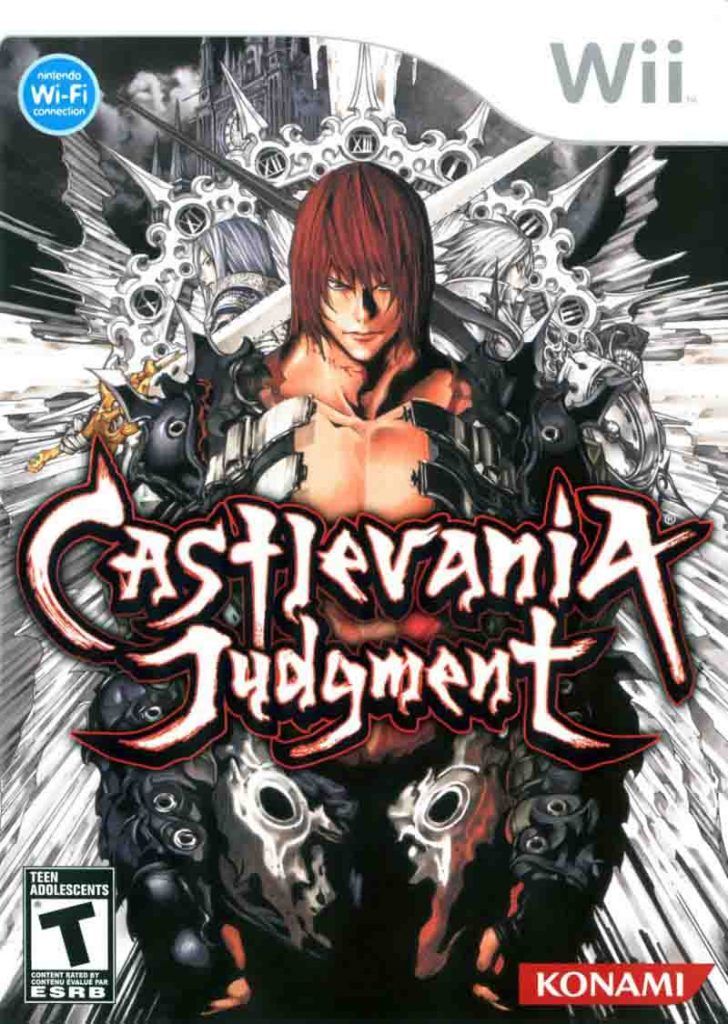 Castlevania Judgement is a 3d fighting video game, the game takes part in the famous Castlevania franchise and marks the first fighting game of the franchise. The game follows the story of several Castlevania protagonists, as they try to stop the time reaper from changing the course of history.

There are twelve playable characters each with its own story, cutscenes, and ending to play, new to the game the characters that have been brought back have received a totally new design compared to their previous one. While some fans will not like this, many more will love it as the redesign was done by the famous Takeshi Obata known for many notable manga works (Death Note, Bakuman…).

Gameplay-wise the game is presented in 3d where you can move freely in every direction, you can attack by swinging the Wii Mote performing different combinations, also you can use items just like the main games, ranging from projectiles, magic attacks, and summoning monsters. In conclusion, Castlevania Judgement is well worth it for a spin-off game. 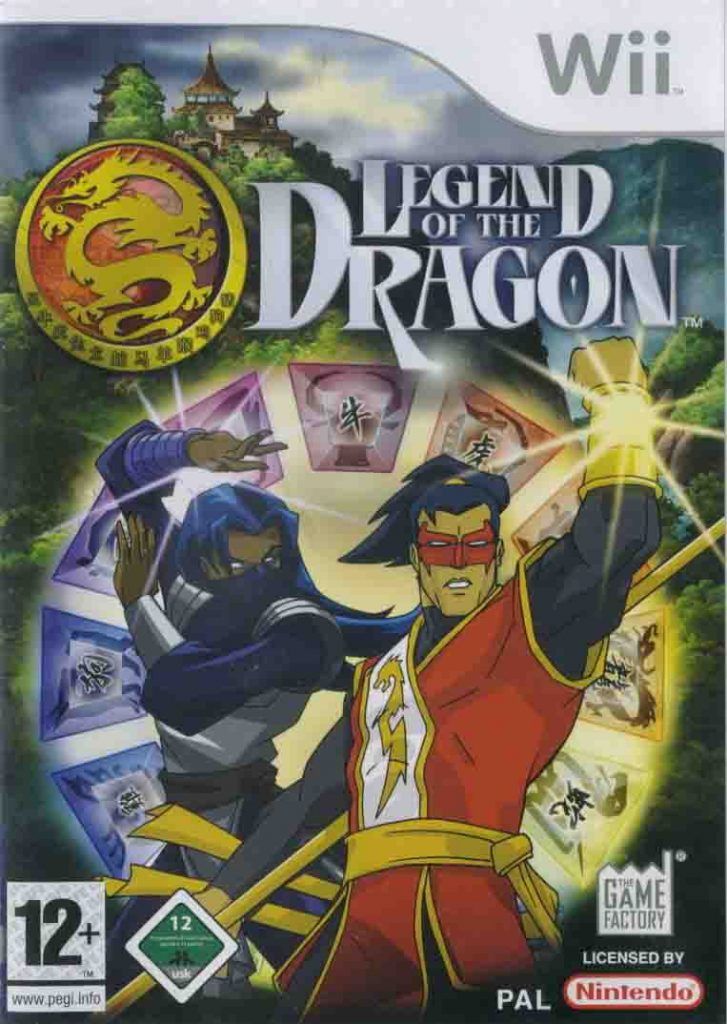 Legend Of The Dragon is a 3d fighting game, the game was inspired by an animated tv show of the same name. The story follows the struggle between two twins, Ang the golden dragon who swore to protect the twelve zodiac temples, and his twin sister Ling the shadow dragon who vowed to annihilate the temples.

The gameplay is nothing special, you fight in different arenas across China. The goal of each combat is to reduce your opponent’s health to take him down, the game features 24 unique playable characters from the series and eight game modes including a story mode, multiplayer, and arcade mode. 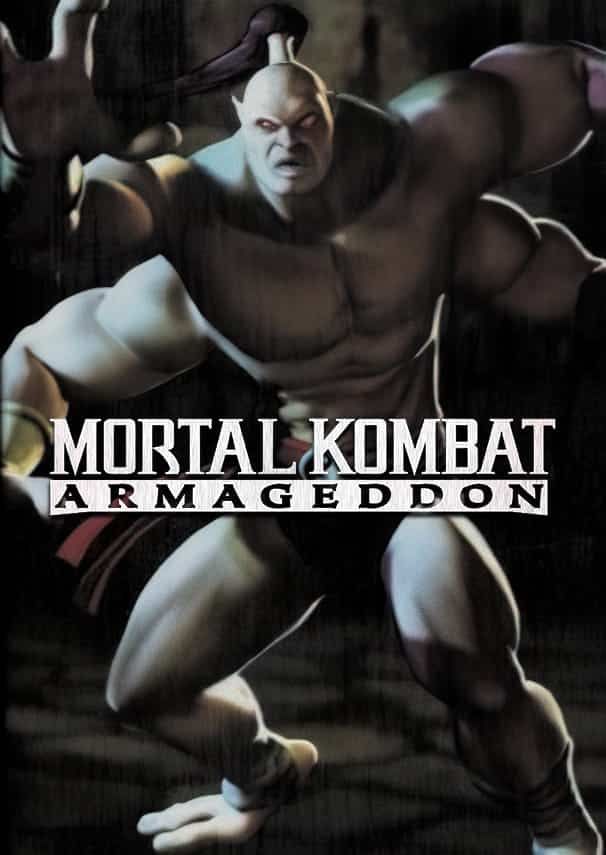 Mortal Kombat: Armageddon is a 2D fighting game, the game takes part in the Mortal Kombat franchise marking the seventh main game in the series. The story covers the last conflicts between the light and the darkness, warriors have gathered from all over the universe to participate in the last epic Mortal Kombat battle.

The gameplay borrows a lot from the previous titles, including fighting style graphics and characters. Different from the previous games, instead of prescripted fatality the player has the ability to create his own, you can do this by combining a series of attacks resulting in some gory finishes. Besides the one-on-one combat mode, an additional mode was added inspired by the Shaolin Monks spin-off games, the gameplay is basically a 3d brawler revolving around two brothers’ conflict over authority and power. Overall the game is well worth it, full of content with over 62 playable fighters, and 28 locations.