When you are thinking of VR gaming, the first thing that comes in mind is horror games! Here you will find the best VR horror games that are currently available and our honest take on them!

Virtual reality becomes more and more popular as the time passes, providing never-seen-before experiences in the gaming industry and player base. While there’s still lots of room for improvement on the player’s experience, huge steps have been taken in the right direction in the last couple of years.

By definition, the most popular VR game genre – due to the intensity of the graphics and aesthetics – is horror games. That is because even if you don’t scare easily while watching movies or playing normal games on your TV, experiencing the horror through the eyes of the character is much more intense and is sure to give a good shock to even the bravest players.

Most of the games in the VR horror genre are relatively short, having an average duration of 2,5-3 hours depending on player skill (and bravery), but they are guaranteed to deliver sheer terror.

In the following list we are gonna take a look at 5 games that deliver such an experience. 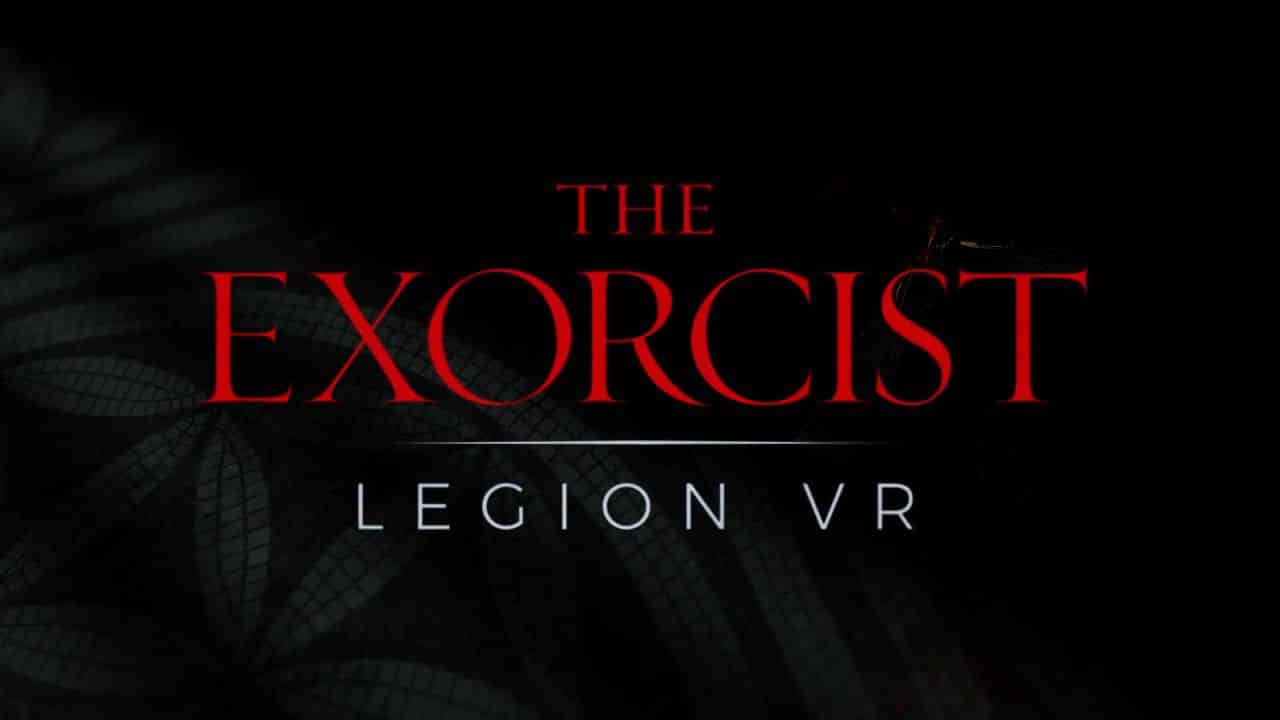 THE POWER OF VR COMPELLS YOU!

We all know how dark and creepy exorcism themed movies are, but as we said before, experiencing the story through the eyes of the main protagonist, it’s going to take that creepiness to a hole new level.

The Exorcist: Legion is a 5-episode game where you assume the role of a Boston P.D Detective, armed with a Cross and Holy Water as your “godly” weapons, to investigate some shocking cases of murders.

Despite the game’s shallow gameplay, its tense atmosphere provides a horrifying experience along with the game’s amazing sound design. Even if you know that it’s still a game, hearing voices in your head (assuming you play with headphones on) can’t be an easy situation now, can it?

All episodes together are about 3 hours long. That is, if you have the guts to keep moving.

If you ever woke up in a dungeon what would be your first thought? Well now you can experience this madness by playing Dreadhalls, a horror dungeon crawler game for VR.

In the game you have no weapons other than a light that you must keep feeding with oil in order to keep your surroundings bright. You will have to find the exit whilst avoiding the dungeon’s – let’s say – dwellers.

The game thrives on the “complete-isolation-feeling”, and it’s strongly suggested to match your in-game environment, with your real-life one. Play in the dark and keep all the outside noises down. Experience is maximized when using headphones, and by following all these tips, you will have a hell of a ride! 😱

Many said it’s one of the scariest VR experiences. Others just didn’t play long enough. 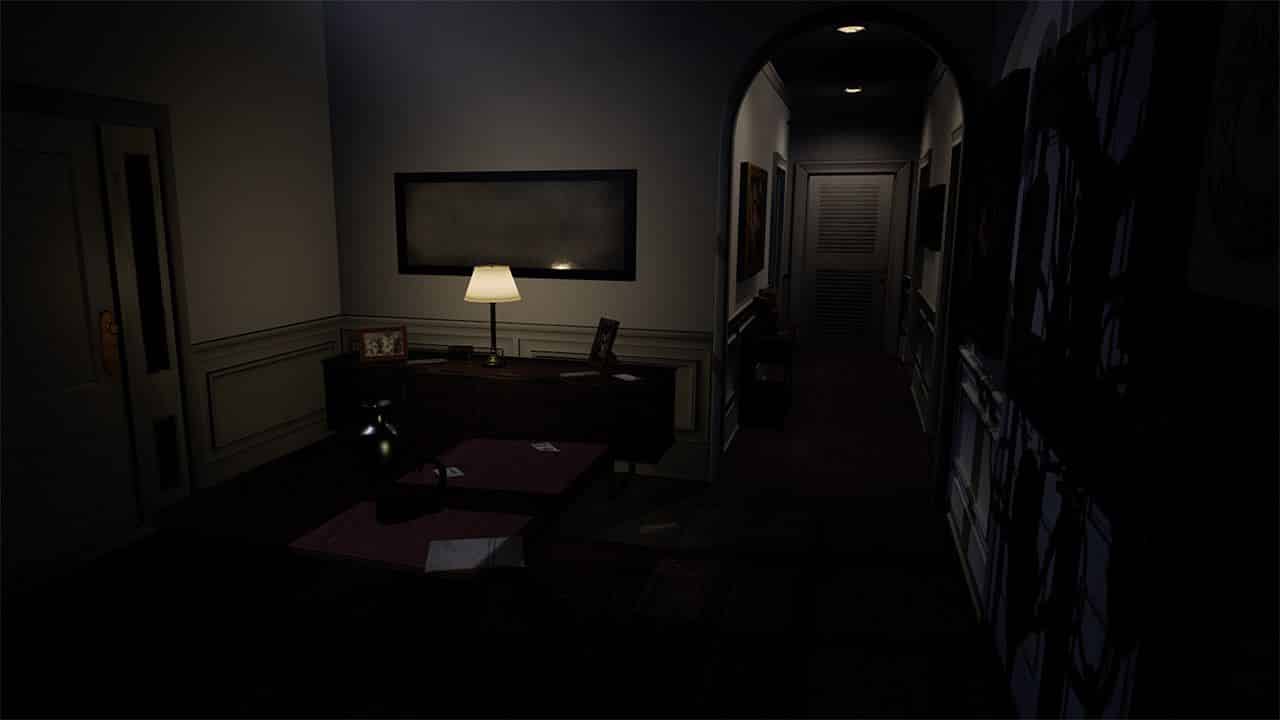 Remember those “Paranormal Activity” movies? They were not really scary as they were advertised to be, and they were pretty much on any aspect, kind of a disappointment.

On the “gaming” aspect though, Paranormal Activity: The Lost Souls is nothing like that. Good “jump-scares”, creepy music and dark environment, along with an “am-I-alone?” feeling, that will give you one of the best horror experiences currently available on VR.

The player is able to examine lots of items lying around the house, and the interactivity in general makes the game very intriguing to explore. Even though the game is relatively short it provides a quite good story, that will keep your interest in the game going.

As always, we recommend playing the game with a headset or earphones on if you want the optimal experience. 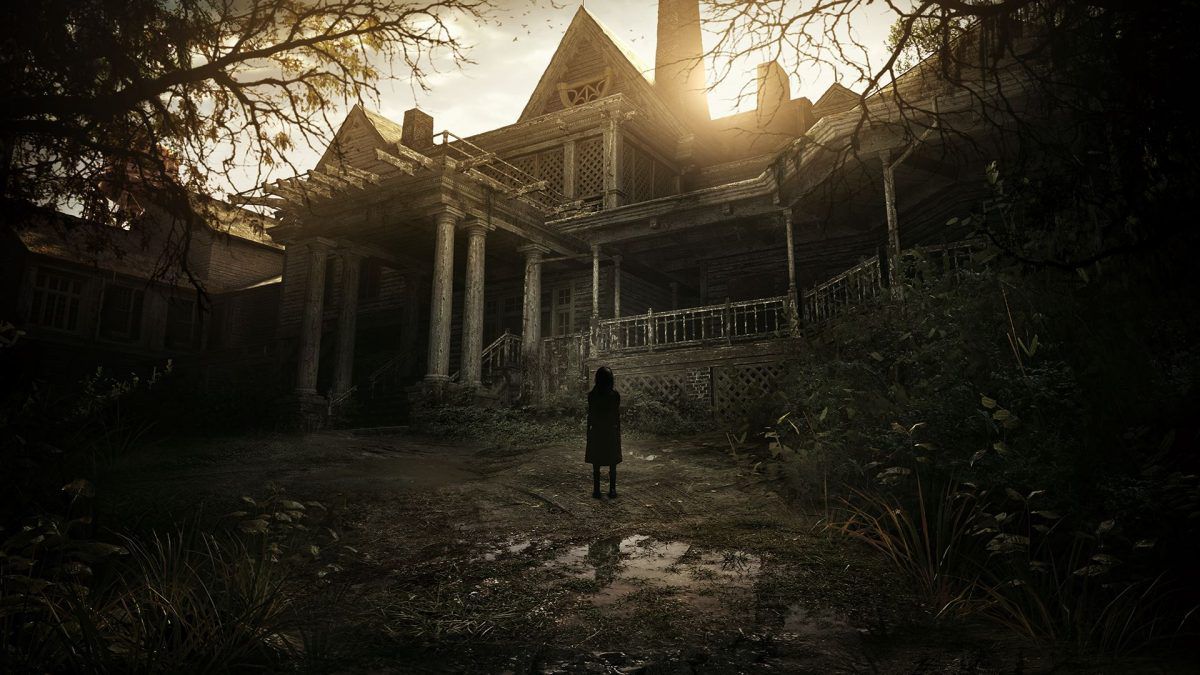 RE7 is such an amazing game! Even when not using VR you will get a good amount of horror and jump scares, as well as the feeling of being chased the whole time, wherever you are. That being said, playing RE7 in VR will amplify that horrifying feeling.

If you already played the game, then the VR will lose much of its appeal, but it will still be a good option if you are looking for some scary games on VR or if you felt nostalgic for the game.

Even if Capcom said that RE7 wasn’t originally planned for VR, they still delivered a complete game. We also recommend to set the walking speed to minimum in order to avoid any motion sickness and well… running will alert the residents, thing what you don’t want to happen.

Currently RE7 is available only on PSVR with plans for a PC port being speculated but we don’t have anything official as of yet. 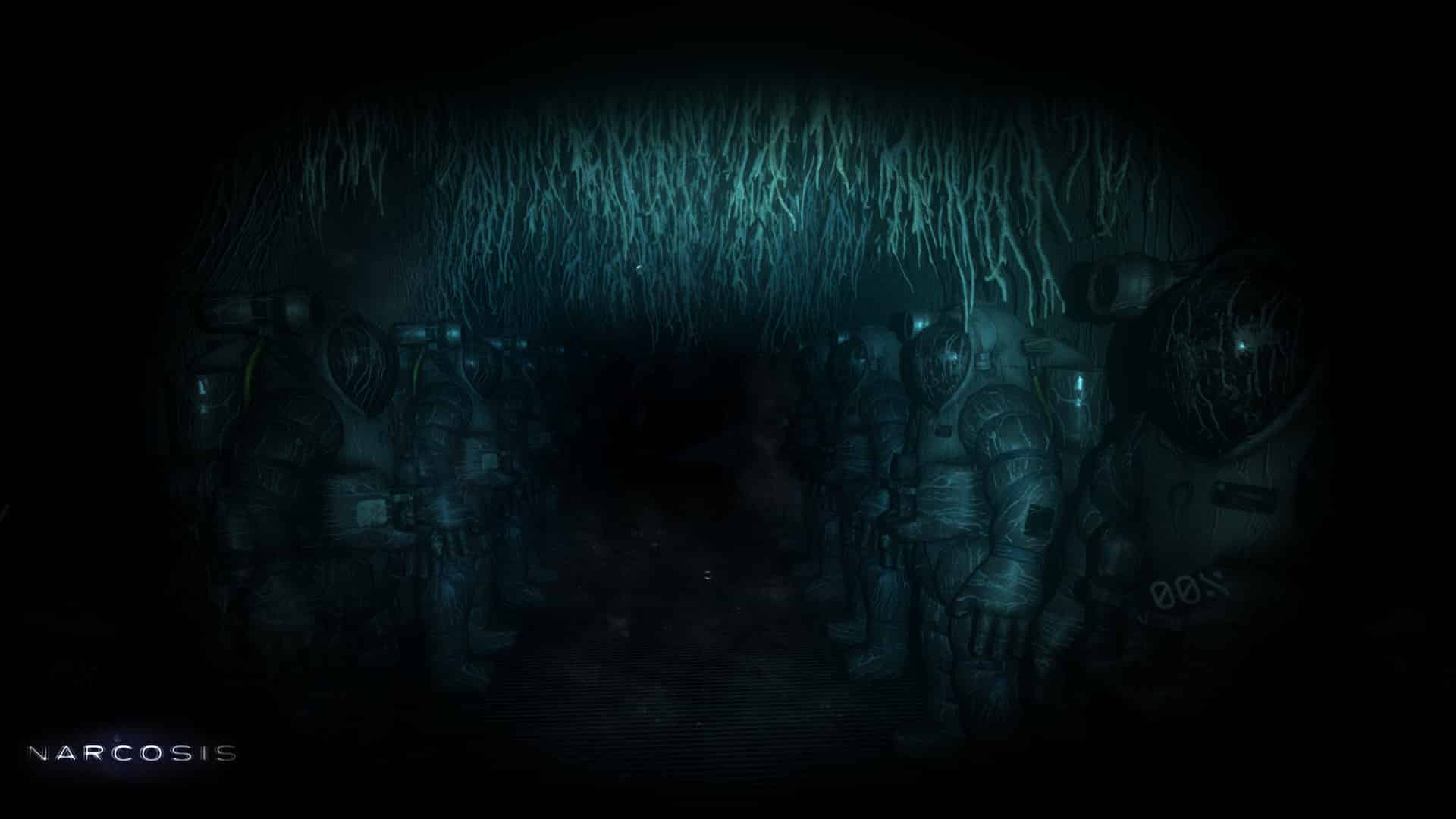 If you have played SOMA you will be familiar with the concept of this game. In Narcosis you are deep underwater in a diving suit where you are alone and everything is quiet.

While the game is not familiar with the usual “jump-scare” tactics, the game provides this unsettling feeling of being alone in the deep dark, and unknown ocean, much like SOMA’s feeling was.

While quite short in terms of duration, the narrative is solid without being mind-blowing or anything extraordinary for inexperienced players.

What makes Narcosis unique is the atmosphere and isolation of the setting, providing a great experience in VR. 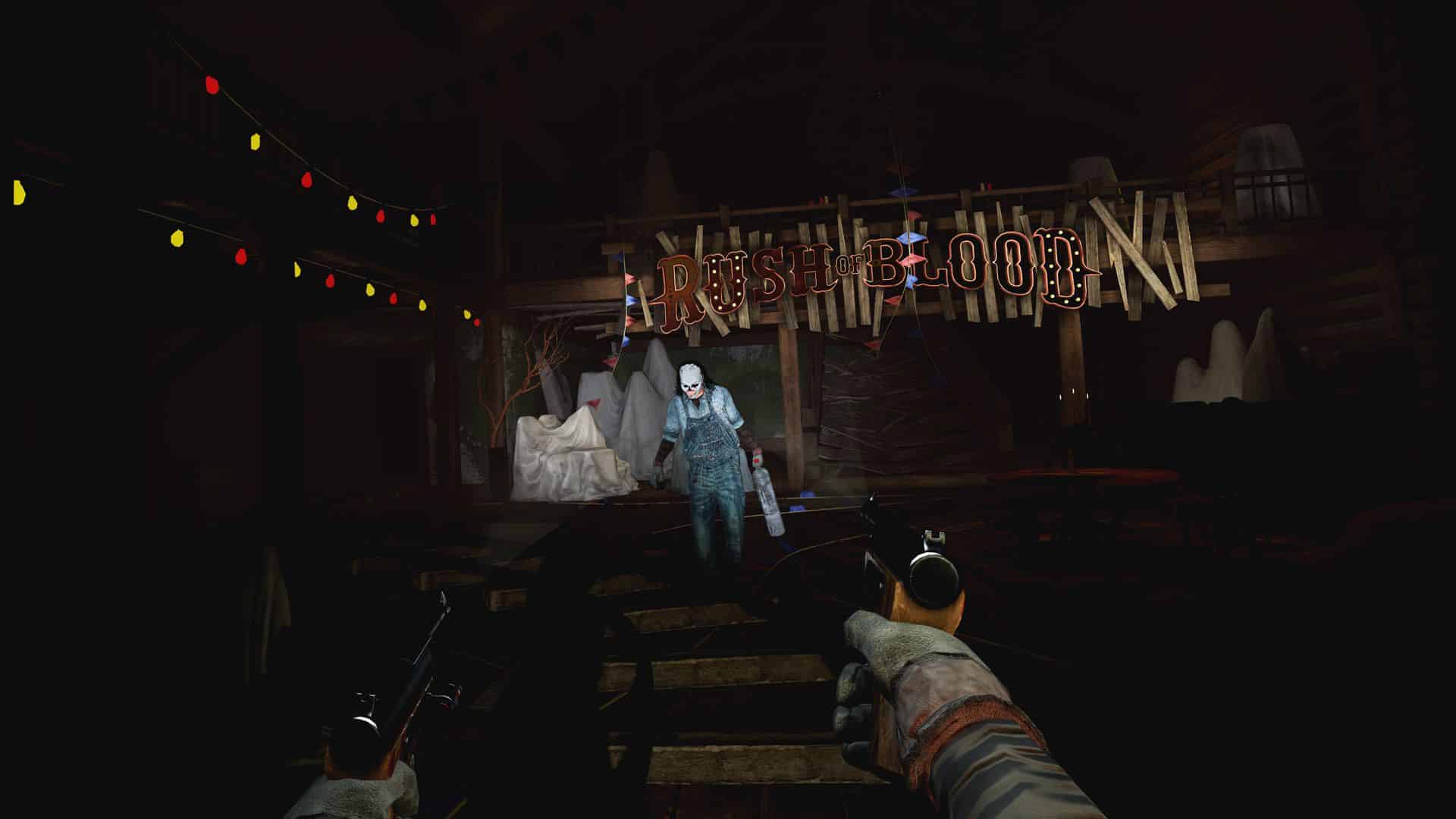 Rush of Blood is something like a “stand-alone” expansion of Until Dawn. This time you won’t get to watch a horror movie where you define the ending. Instead you will be put on a roller coaster, given guns to survive the ride.

The gameplay is pretty simple. You can’t go anywhere. You are bound to the roller coaster, so your only means of survival is killing everything that’s coming at you.

At this point we have to say that the game has its fair share of motion sickness, especially during parts where the coaster is in fast mode. Despite this, you are in for a ride (pun intended) with a very good amount of jumpscares.

Clowns are trying to kill you. What else do you need to get scared to the bones?

That is all. Anything you would change on the list? Let us know in the comment section below!

Geowulf
Metalhead with OCD. Avid trophy / achievement hunter. Sony fanboy. Bass player and good-story lover. Most likely to be found on Guild Wars 2 unable to decide what to do next.

The best Action RPG games are well known to the hardcore fans - there is no way for them to hide! Titles that last...
Read more

Permadeath is a "love it or hate it" concept mostly encountered in roguelikes, and of course action RPG games. In this list we are...
Read more

“Hack and slash” has got to take the prize for the most straightforward descriptor ever. Give the player something sharp, let her spam the...
Read more

Xbox and Xbox games aren't just for adults, these are fun for children too! There are many suitable games for children where they can...
Read more

The Elder Scrolls Online stays true to the franchise's progression system - what you use is what you earn...
Read more

Bloodhound aka Bloth Hoondr is the perfect mix for close quarter combat and long distance sniping but can also...
Read more

As you’ve probably heard by now, The Witcher franchise has seen a comeback in the mainstream culture due to...
Read more

The best Action RPG games are well known to the hardcore fans - there is no way for them...
Read more

Permadeath is a "love it or hate it" concept mostly encountered in roguelikes, and of course action RPG games....
Read more

The best Action RPG games are well known to the hardcore fans - there...
Read more
Best Of

Permadeath is a "love it or hate it" concept mostly encountered in roguelikes, and...
Read more
Best Of

“Hack and slash” has got to take the prize for the most straightforward descriptor...
Read more
Best Of

Xbox and Xbox games aren't just for adults, these are fun for children too!...
Read more
Best Of

Gacha games are more popular than ever, with massive franchises "popping" in each corner...
Read more
Best Of

The real world can be boring sometimes. We know that feeling of wanting to...
Read more
Best Of

The battle Royale genre has undeniably gained more and more fans, after the release...
Read more
Best Of

Whether you're looking to settle your differences on your favorite couch, or get into...
Read more
Best Of

The Xbox One isn't exactly known for its exclusives, especially when you make a...
Read more