The Sony PlayStation 1 marked a new era in gaming history, with a diverse library the racing genre was not an exception. The console gave birth to multiple racing franchises that are still a landmark in the gaming industry to this day.

The list will cover many genres such as simulation racers, kart racers, arcade racers, and many more sub-genres. So without further ado, tighten your seat belts and get ready for the ride as we introduce our ultimate best racing games list on the mighty PS1. 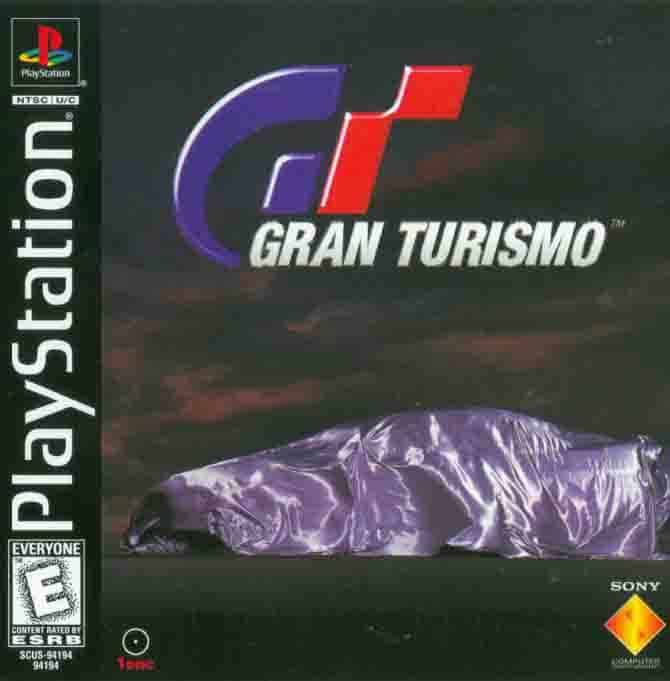 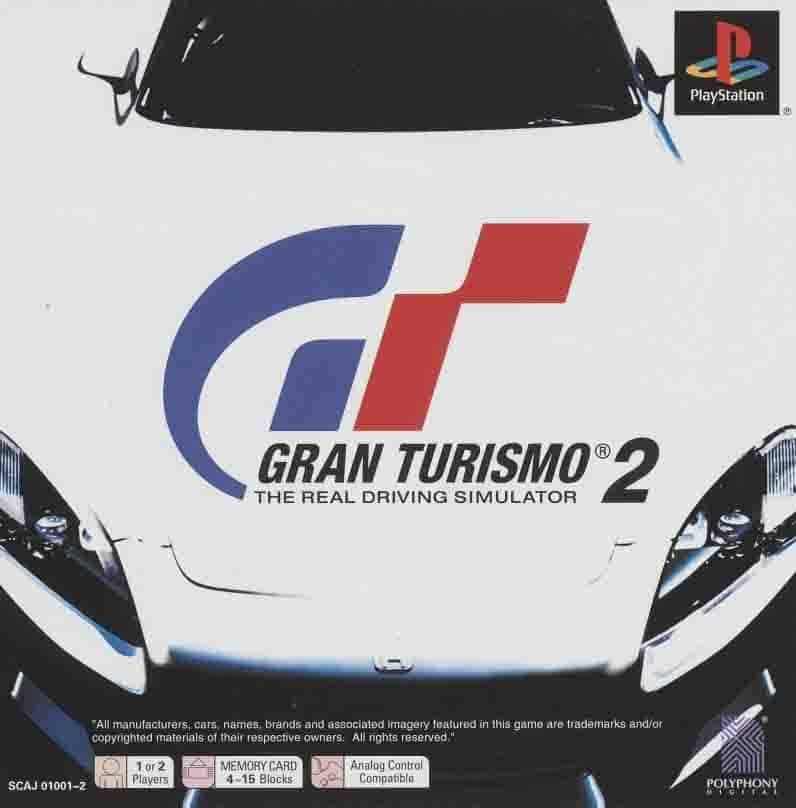 The Gran Turismo dilogy was a big surprise upon its release, the simulation genre was not popular on the consoles until Sony broke the rules. The game was so stunning and polished to the point that made PC gamers convert to consoles just for the honor of playing the title.

While the graphics did not age well for our standards it was revolutionary for their time. Also, the insanely huge jaw-dropping contents still amaze me to this day, the first game had over 180 fully licensed cars to ride and 11 tracks. The second game exceeded its predecessor with 650 vehicles and 27 racing tracks. Control-wise the game stood up for its time aiming for realistic controls and accurate physic, this paved the way later for the simulation genre to find its way to the home consoles market. Overall the Gran Turismo dilogy is well worth it on the system. While the graphics didn’t age well for our time the huge game content and polished gameplay make this worth a try. 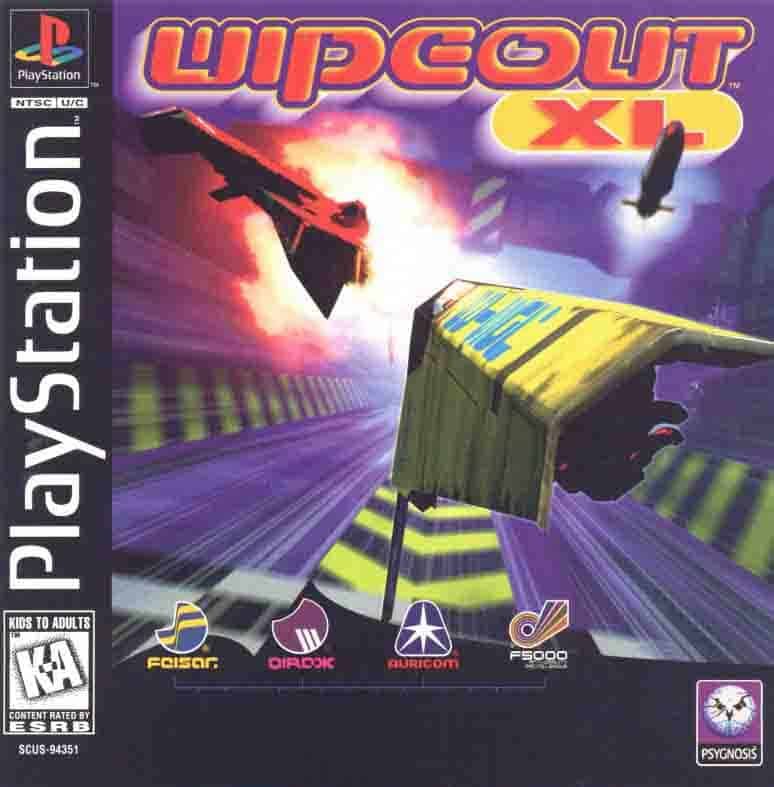 Wipeout 2097 is a futuristic combat racing game, the game is a direct sequel to Wipeout 1 released on the same system. The player participates in a series of anti-gravity combat racing championships called the F5000 racing league.

The game sticks to the same formula as its predecessor with some minor tweaks and additional content such as new ships and weapons. Wipeout 2097 offers four ship classes Vector, Venom, Rapier, and Phantom each one of these classes represents a difficulty ascending from easy to hard. Overall the game is nicely wrapped with decent graphics and tight controls, just keep in mind that the game can be challenging for casual players but you know a nice little challenge wouldn’t hurt from time to time. 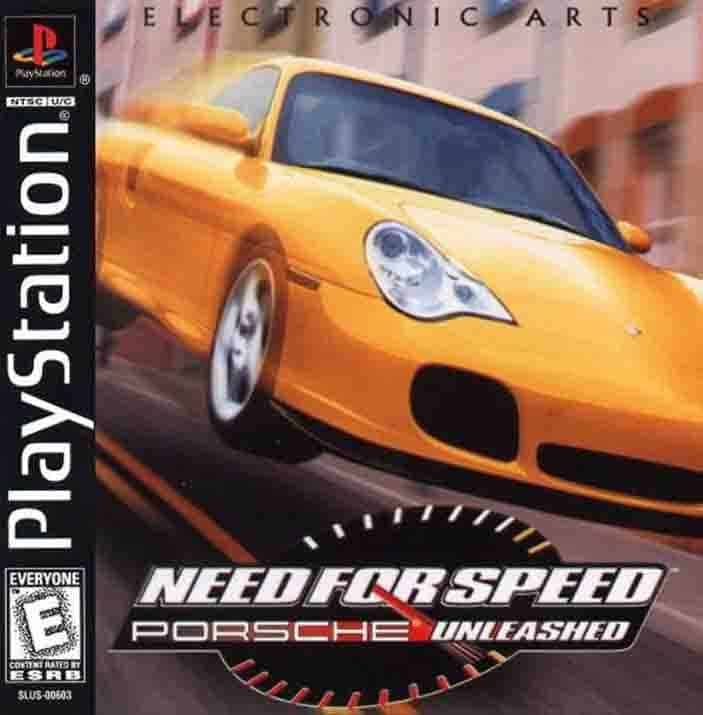 Need For Speed: Porsche Unleashed is a sim-cade racing game, the game mark the fifth installment of the famous Need For Speed franchise. Unlike the previous games, this entry focuses totally on the Porsche brand presenting a historically accurate arsenal of vehicles to drive over a selection of Europe-themed tracks.

The career mode is divided into two different modes. The factory driver mode: where the player takes on different challenges, with different preselected cars for each event. In addition, the evolution mode urges the player to participate in historical racing showcases starting with early Porsche cars all the way up to the early 2000s cars. In terms of controls, i would say that the game can be labeled as a sim-cade merging both realistic controls with a pinch of an arcade feel. Graphic wise the game looks amazing after all these years coated with the beautiful retro looks and feel i prefer this version over the more graphically advanced PC version. 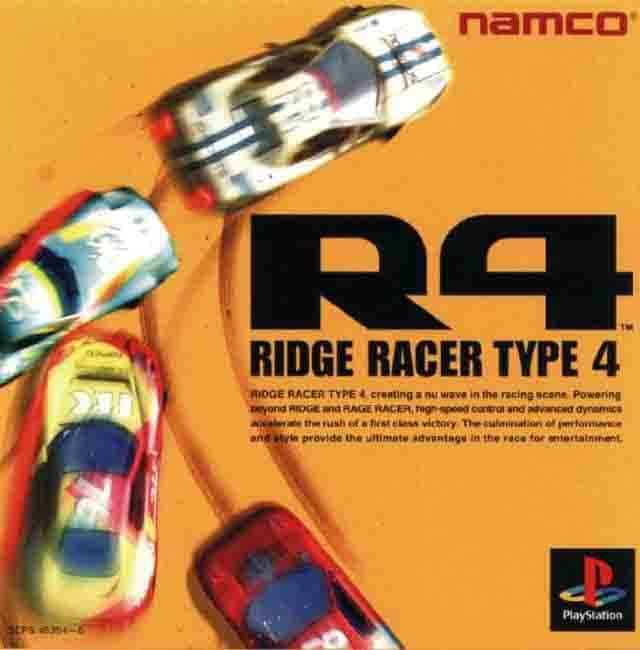 R4: Ridge Racer Type 4 is an arcade racing game focusing on drifting, the game mark the fourth entry in the franchise and the last game in the series to be released on the PlayStation 1 system. While the previous games are a perfect example of a successful series launch, R4 merged all the good aspects of the previous games, creating a fine-tuned last entry on the system.

The main mode is the Grand Prix mode, the player can choose one of four different fictional Namco racing teams each presenting a different control feel and difficulty. In each race the player must qualify by reaching the top position, getting first is very rewarding as it can allow the player to unlock new cars or upgrades. In terms of content R4 doesn’t disappoint with over 300 vehicles to unlock, and 8 tracks that can be played both normally and in reverse. Overall, the game is a solid entry into the series, both casual and hardcore gamers will undoubtedly find something to enjoy here. 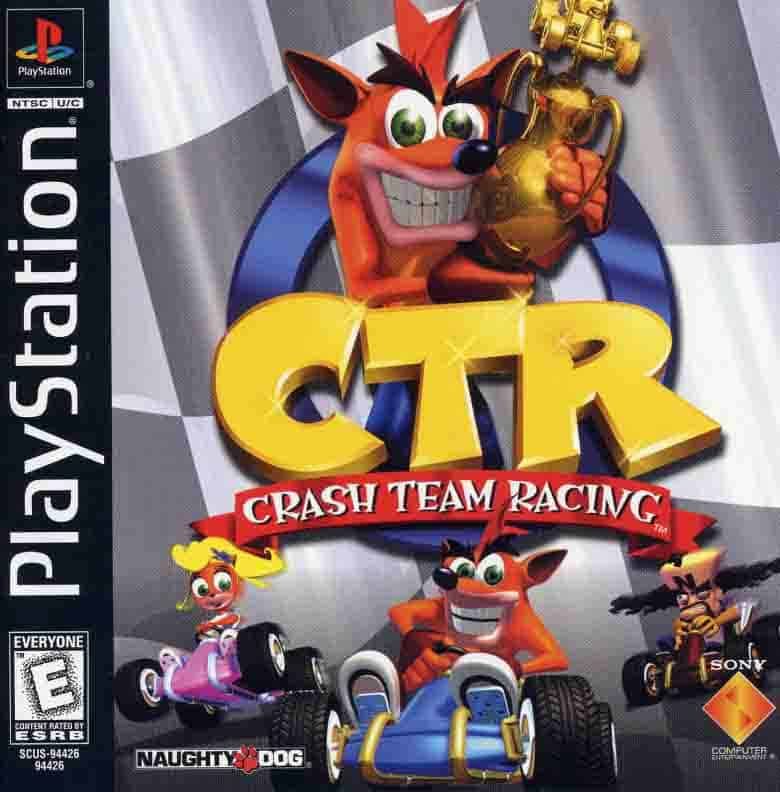 The game uses a huge variety of characters borrowed from the Crash universe including crash, dr.neo, coco, dingodile, and many more. The gameplay is hugely similar to other kart racing games, including small customizable cars, the ability to collect and use power-ups and attacks over the course of the race, a boost mode that can be triggered by collecting enough wumpa fruits, and the powerslide drifting boost. The adventure mode is the main single-player mode on the game offering a series of challenges that can be picked on an open map, winning every race can be rewarded with new upgrades, relics, trophies, and boss keys unlocking boss challenges. In a word, Crash Team Racing is the definitive kart racing experience on the PS1 system offering both amazing visuals and a huge single-player campaign. 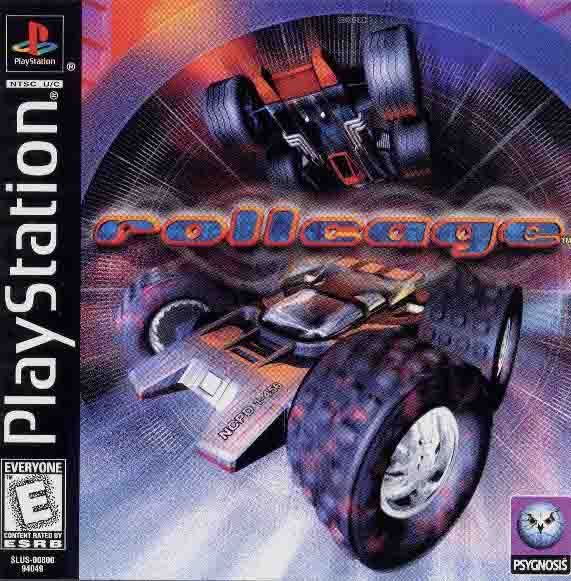 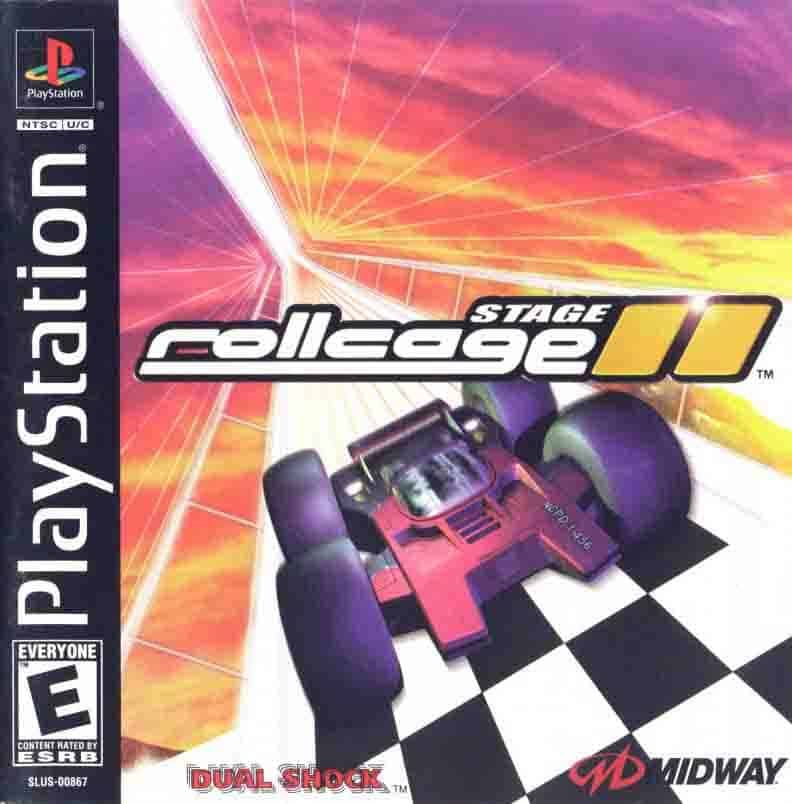 Rollcage is a futuristic arcade racing game, both the first game and its sequel were released on the PS1 system. The game plays just like any other arcade racing game with one unique element, the ability to drive both on land and ceiling, the unique design of the vehicles allows it to be driven straight and backward. Both games use this gimmick as a selling point of the game.

The Rollcage series borrows a lot from the Wipeout series, allowing the use of weapons and power-up during the races. Both the first game and the sequel share the same elements with the exception of the first game focusing on plot elements, while the second focus on content offering more vehicles to drive. Overall, if you like the Wipeout series, you can think of these two games as Wipeout without the antigravity elements, same feel, same speed. 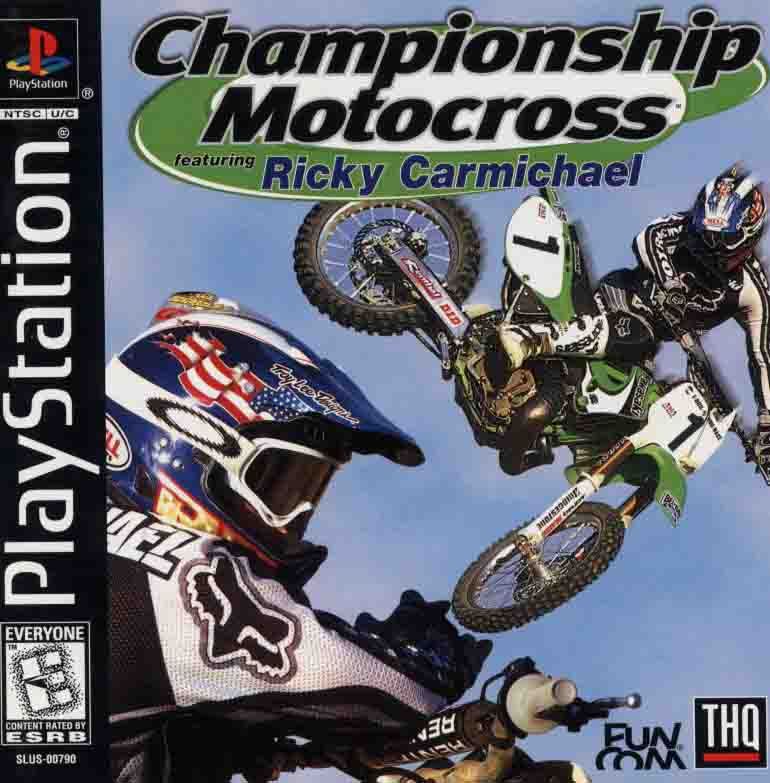 Championship Motocross Featuring Ricky Carmichael is an arcade motocross racing game. The player participates in a series of motocross racing events including both indoor and outdoor tracks, also there is a mixture of track surfaces including mud, dirt, and grass.

In addition, the bikes are fully customizable with a lot of options to choose from retaining suspension, tire types, gears, and many more. In terms of contents, there are 12 tracks to compete in with their reversed counterpart, the tracks take place in different areas around the world. Aside from the typical racing elements stunt features are also here, the player can pull tricks mid-air with a casual friendly combination of controls. To my opinion, i think this game is a fine gem still holding up after all these years with the beautiful retro look and amazing controls, this is definitely worth a try for racing fans. 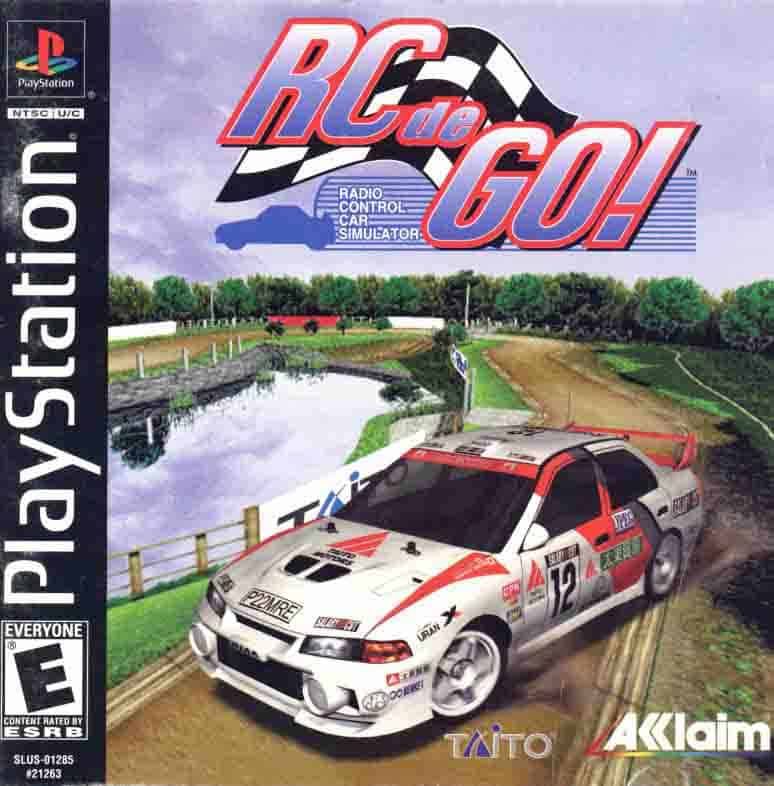 RC de Go! is an arcade RC racing game, the game is a direct port of a famous Taito arcade game released in 1999. The game is entirely seen from the sidelines perspective mimicking the feel of a real RC racing competition. The controls might feel a bit weird with the dual analog stick layout but the camera angle fits perfectly for this kind of control.

Aside from the basic gameplay the game offers full-fledged customization setting to please hardcore RC fans. The player can almost upgrade and change every part of the Rc car including the body, engine, exhaust, tires, brakes, suspension, and many more. Graphic wise i admit this might be on the aging side, but the gameplay and contents make up for it for sure! Overall, this is a blast for casual players, especially if you’re aiming for a small portion of gaming sessions, i assure you this game will keep you busy for a long time. 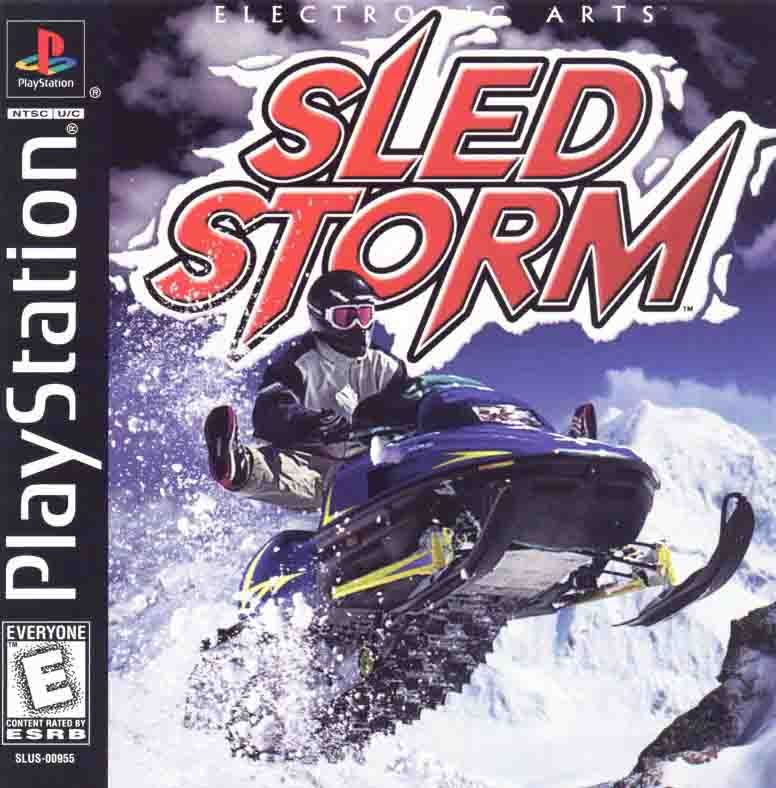 Sled Storm is a snowmobile arcade racing game, the game was one of the first EA experiments on snowmobile racing games. The game has two modes to offer single-player mode and championship mode, both of these modes can be played solo or multiplayer.

The championship mode is the main career mode on the game, offering a decent variety of competition and rewards. Reaching the top positions is rewarded with cash, new tracks, and new riders. The cash plays a huge role in progressing, you can buy new upgrades, engines, and many more. In terms of graphics, the game offers a fine retro look nothing too fancy but it gets the job done. In general, Sled Storm is a fine example of an extreme racing game done right, despite all these years the game still looks and feels amazing, especially for a late-night session with a friend. 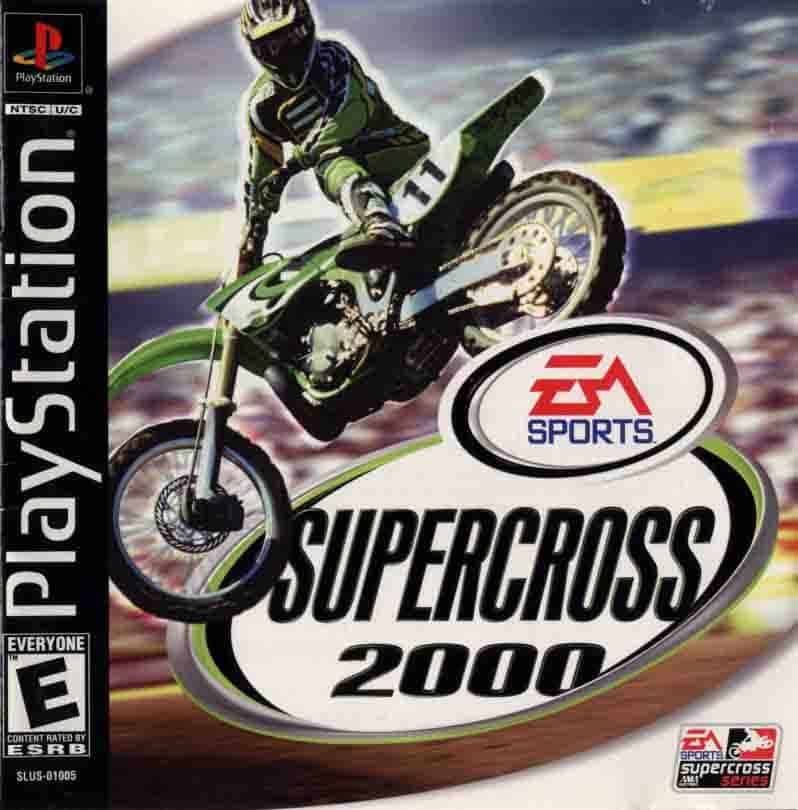 Super Cross 2000 is a motorcycle racing game. The game combines both racing and stunt elements with an emphasis on realistic simulation controls and physics. While the controls might seem a bit off at the beginning giving this game the time it needs to learn how the control works is very rewarding, especially for hardcore gamers.

Super Cross 2000 offers 25 real-life pro riders to choose from, 16 stadium tracks, and a tunable bike setting. The player can choose between three different main modes including season mode, single-mode, and quick race, also the game offers a multiplayer split-screen mode supporting up to 2 players. Graphically the game is slightly inferior to its N64 counterpart but if you’re a PlayStation fanboy the game looks totally fine on the PS1 system. In conclusion, Super Cross 2000 is a fine example of a well-made early 2000’s simulation game, if you’re into racing sims this is definitely worth your time. 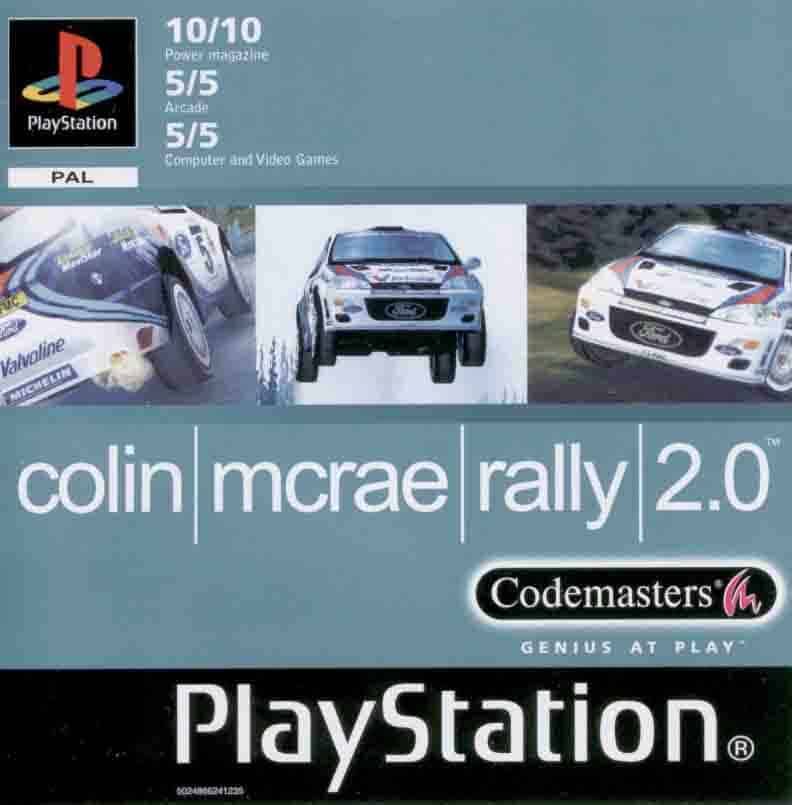 Collin McRae 2.0 is an arcade rally racing game, the game mark the second entry in the Colin McRae series and the last game in the series to be released on the PlayStation 1. Colin McRae 2.0 features teams, cars, and locations from the 2000 world rally championship. In addition to the rally events, this sequel features a new arcade mode with direct one-on-one racing, competing against AI opponents or local multiplayer.

The main rallying events urge the player to drive through several special stages scattered across the world, the goal here is to get past all of the checkpoints on the tracks faster than your AI opponents. Visually the game looks impressive for its age, with smooth fps, and a first-person view the game was well ahead of its time. Overall, this is well worth it both for Rally enthusiastic and arcade fans, i can’t believe this game is over 20 years old!