Despite many anime games on the PS2 being looked upon due to not meeting fans’ expectations, the console provides a slew of great goodies. The PS2 gave birth to many titles such as Naruto: Ultimate Ninja and One Piece that would go on to become the best-selling anime franchises of all time.

The list will include the best anime games ever made. Additionally, underrated anime games will also receive a mention because they deserve it. Bear in mind that we do update the lists every now and then with more great games.

While you’re here, why don’t you check more anime games on the website? 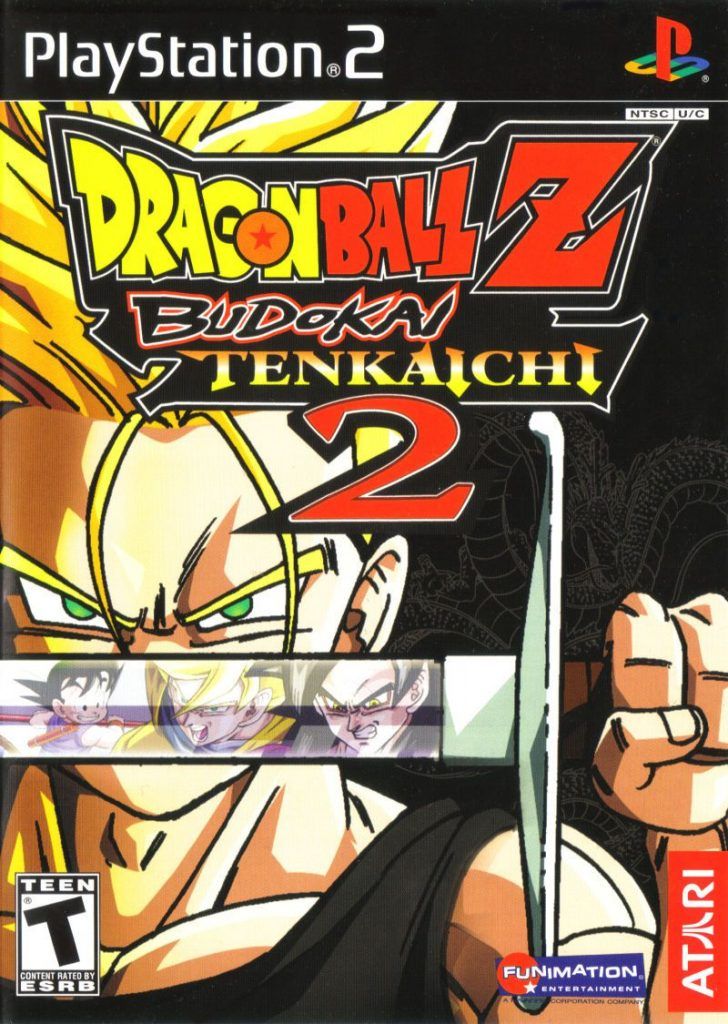 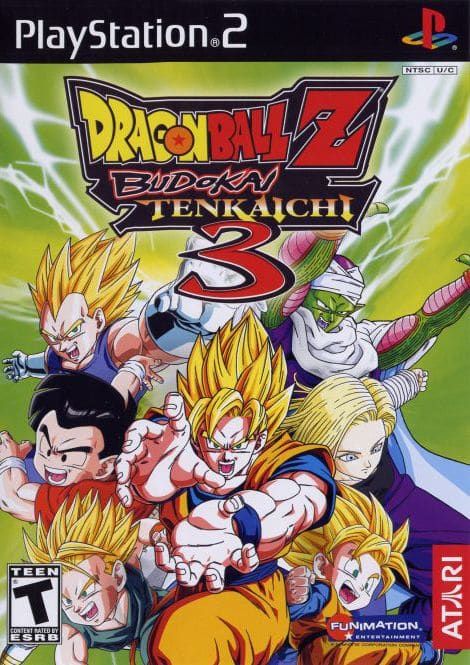 The Dragon Ball Z: Budokai Tenkaichi trilogy remains a recommended experience for newcomers and die-hard fans alike. At the time of its release, the Budokai Tenkaichi 3 was both graphically and conceptually impressive.

Having a wide range of characters from the anime to choose from during your 1vs1 fights was a breath of fresh air. The story mode was faithful to the events of the anime and the manga as well as it allowed players to re-experience the events of the original show. Looking back, Dragon Ball Z: Budokai Tenkaichi trilogy has done more than any other game from the franchise could have. Fans of Dragon Ball Xenoverse and FighterZ will definitely like it. 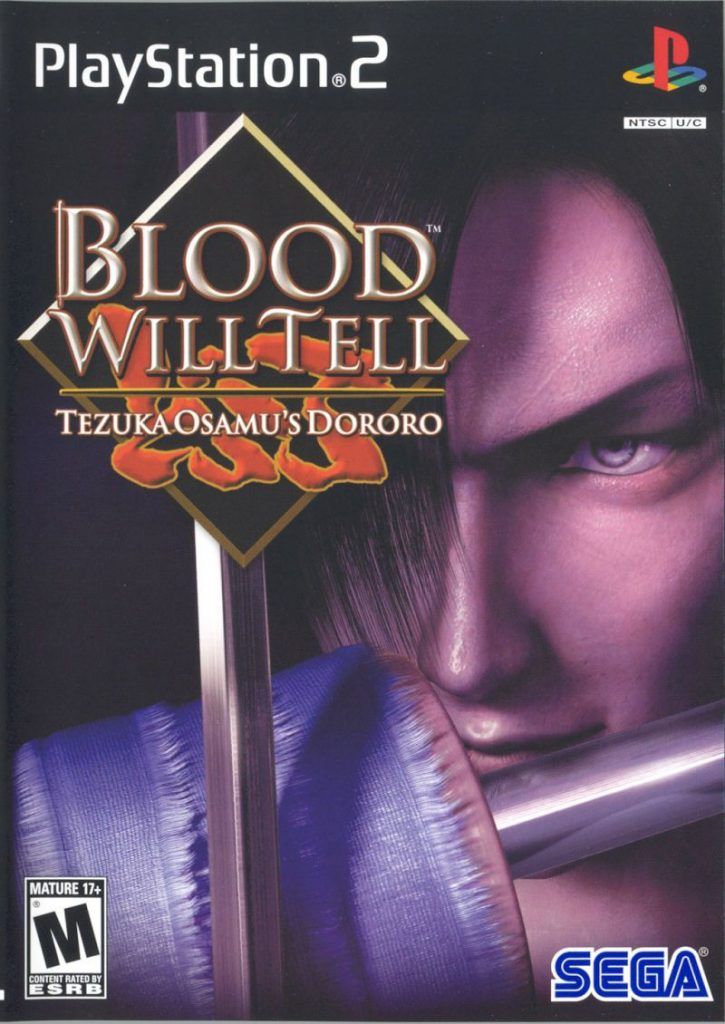 Blood Will Tell (known as Dororo in Japan) is a hack-and-slash anime game that you probably didn’t know existed. It is based on the original manga and anime that aired back in 1967.

You play as Hyakkimaru who is on a mission to retrieve the body parts that were stolen from him by the fiends upon his birth Hyakki is not alone, Dororo got his back too. What’s great about Blood Will Tell is that you get to play as Dororo in some parts of the game as well. 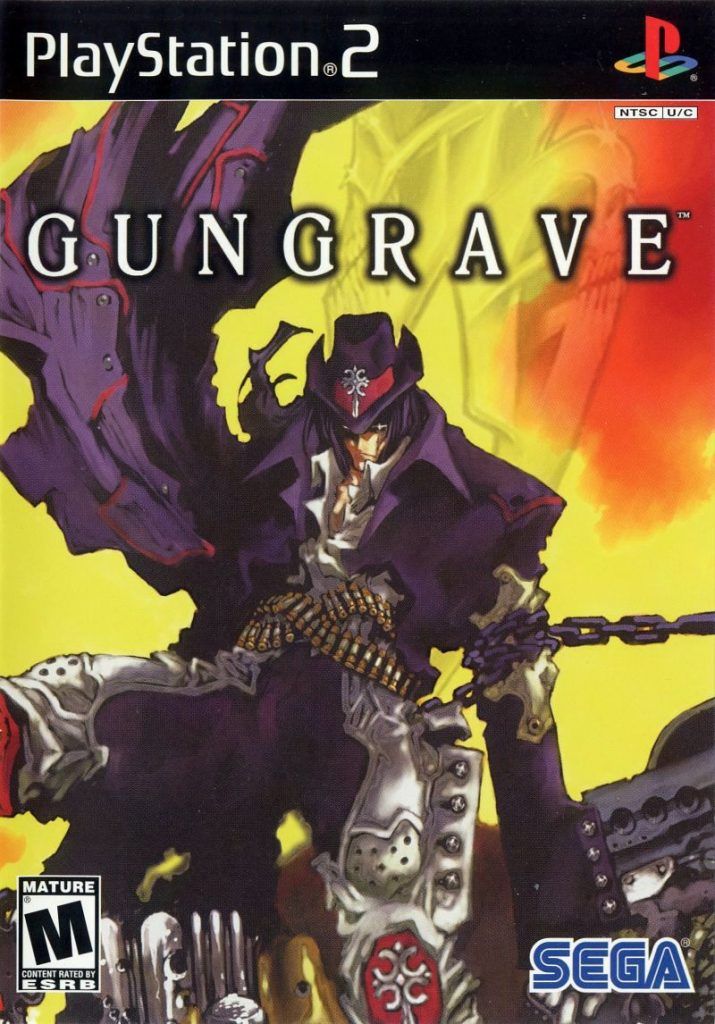 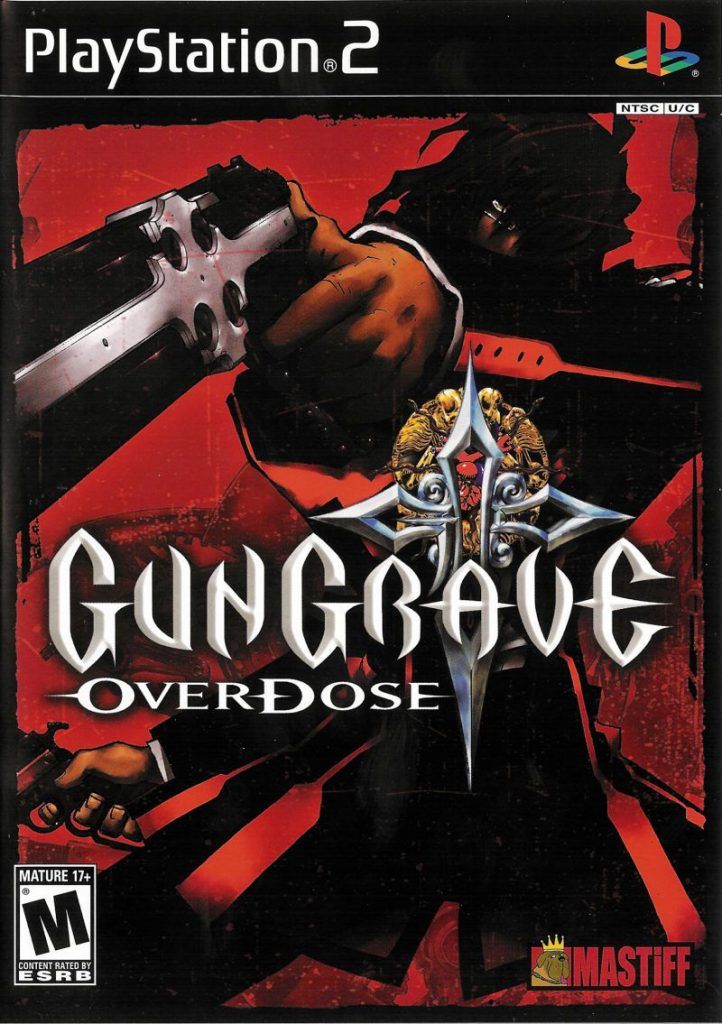 Gungrave, and its sequel, Overdose, are some of the best anime games ever made. Directed by the creator of Trigun and Gungrave Yasuhiro Nightow himself, the game takes you in an epic action third-person shooting experience that you won’t find elsewhere. A lot of gamers sleep on this one all the time, and that’s tragic.

Gungrave’s cel-shaded art style adds a unique layer to the game’s atmosphere and helps make it stand out from other titles in the genre. The first game puts you in the shoes of the anti-hero Grave whose filled with revenge against the man who finished him off, his former best friend, Harry Macdowell. Meanwhile, the second game continues from where the original left off and has you playing as Grave who sets out to stop a sadistic maniac from taking over the world. 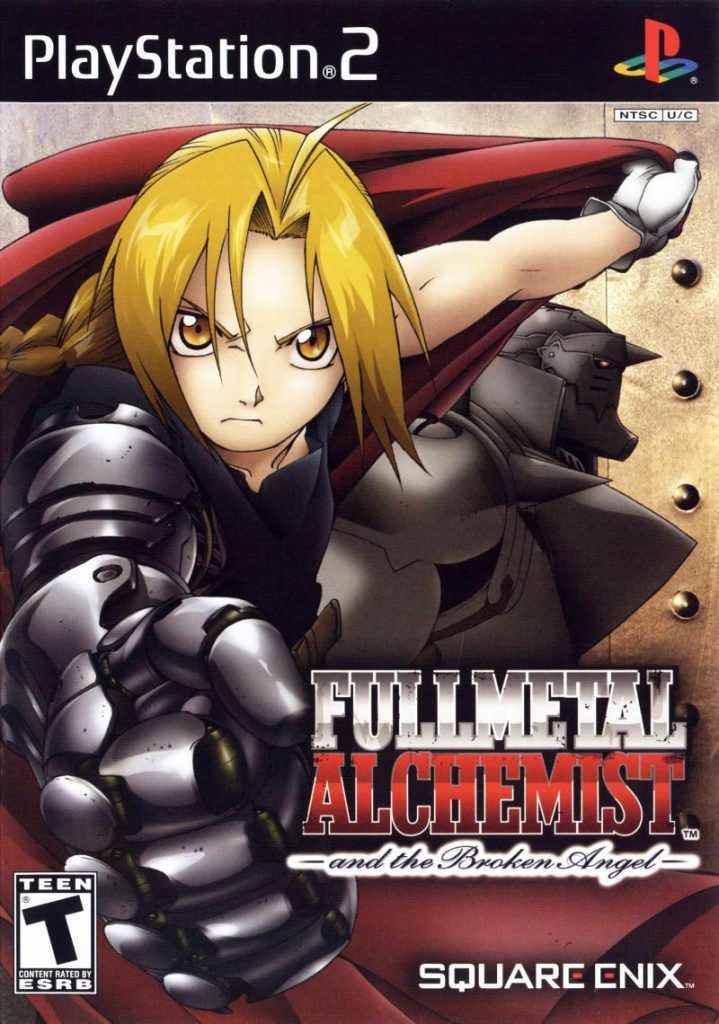 Full Metal Alchemist and the Broken Angel is the first entry among the other two games that were released on the PS2. Unfortunately, the third game was released exclusively in Japan. The gameplay in this particular game is a basic action role-playing game with elements from the beat ’em up genre. The story is completely original and doesn’t follow the anime or the manga at all. Die-hard fans may not like this one, but I’m sure if you don’t mind side stories, this one will pique your interest.

One side of me wishes that the success of Full Metal Alchemist: Brotherhood nudges Square Enix to make more action RPGs based on the show. Unfortunately, that has yet to happen in the foreseeable future. 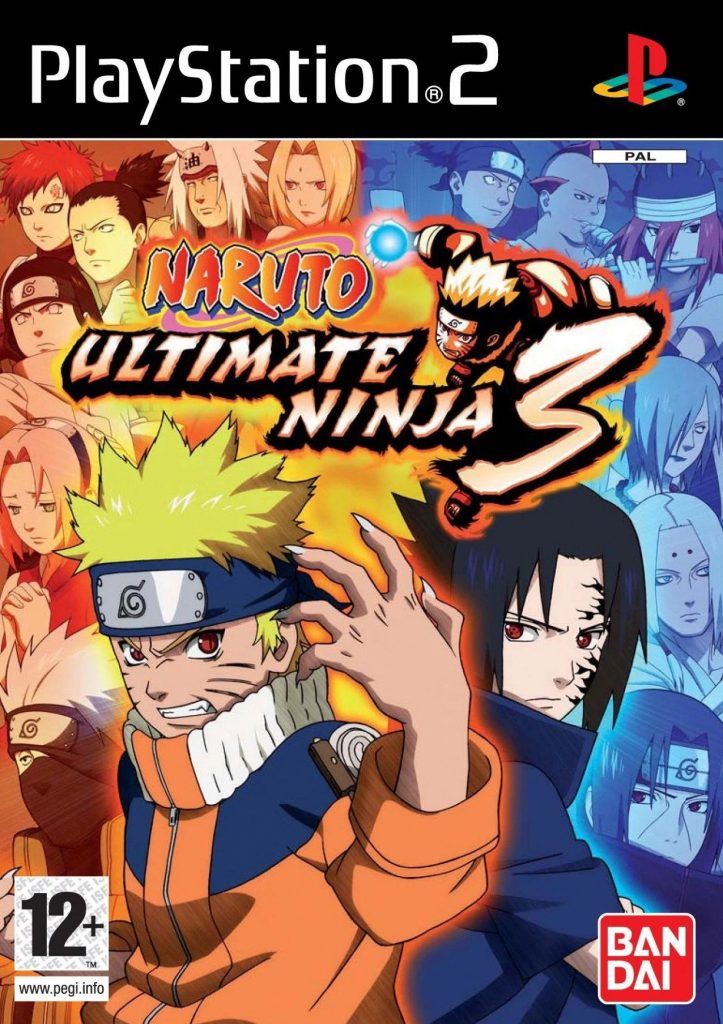 Naruto: Ultimate Ninja 3 was the third game to be made by Cyberconnect2. The developers have treated the source material with care, bringing Naruto’s adventures to life on the PS2.

The cel-shaded style was nicely crafted, and it made players feel like they were actually watching an anime at the time. Story mode fights were epic and emotional since they were imbued with heart-wrenching moments from the anime.

The success of the Ultimate Ninja series would go on to influence the making of an even better franchise, and a love letter to fans in the form of Naruto: Ultimate Ninja Storm. 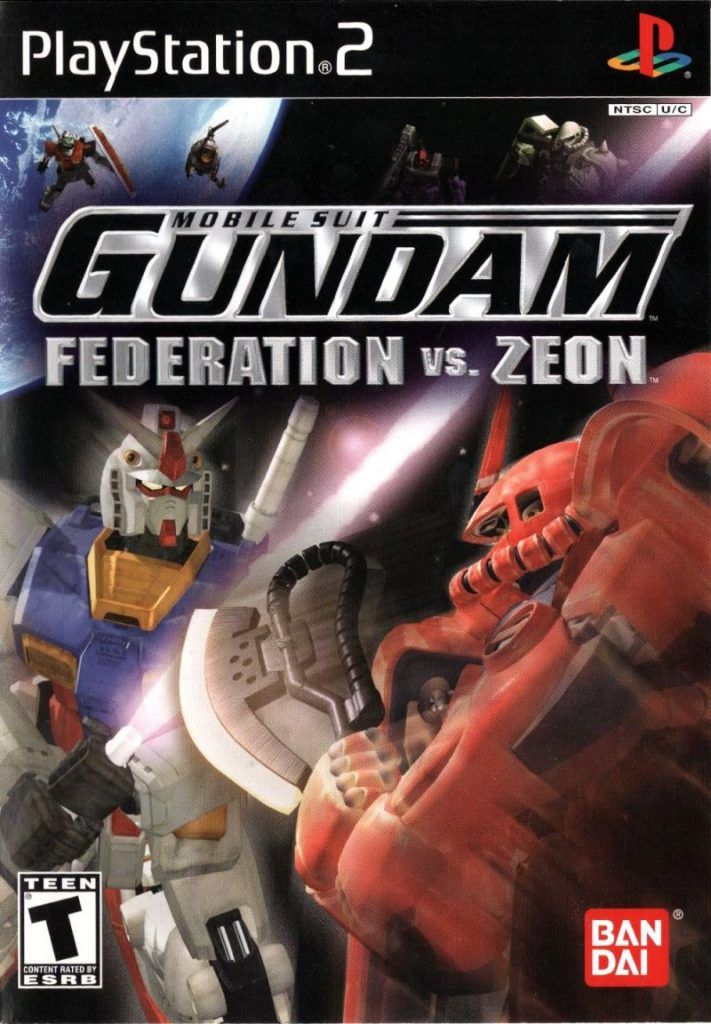 Mobile Suit Gundam: Federation vs. Zeon, originally released back in 2001 on the arcades, is the best thing that happened to the Gundam games franchise. Not only did it attempt to emulate the manga, but it also made the brand easily accessible.

My only gripe with Federation vs Zeon is that it’s not newcomer-friendly. Meaning that if you haven’t watched any Mobile Suit Gundam season or read the manga, you’ll have difficulties understanding what the heck is going on. However, if you just treat it as an arcade third-person shooter without caring much about the story, you’ll have a great time. Beware that the game suffers from a noticeable difficulty spike where some missions are nearly impossible to finish without dying countless times. Other than that, Federation vs Zeon is a great Gundam game that you should definitely check an eye out. 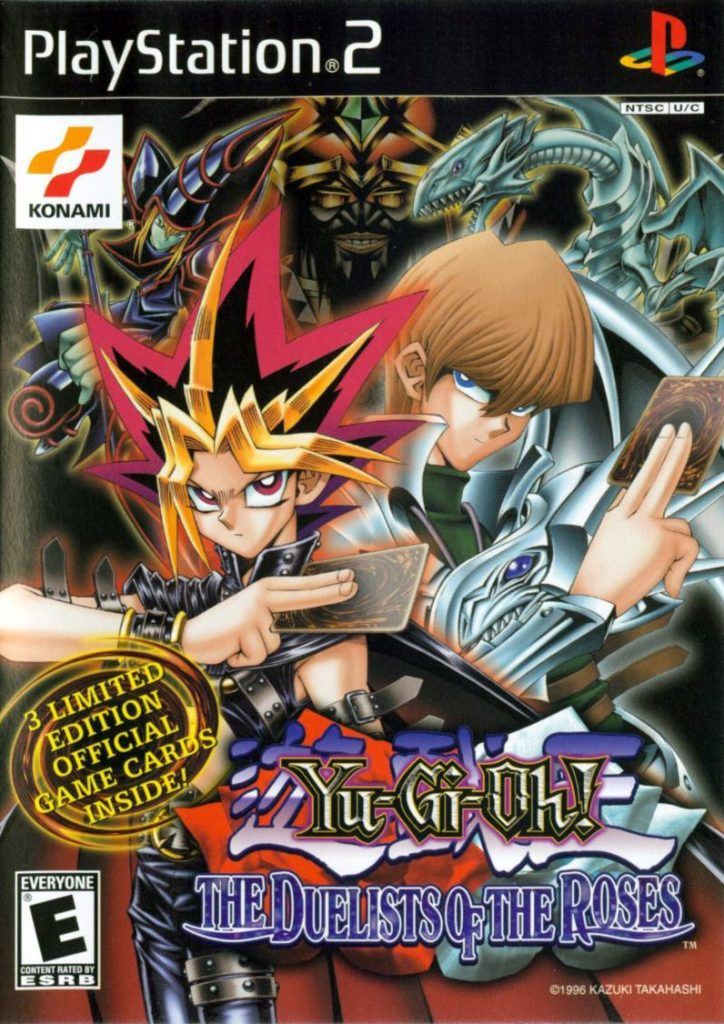 Matches were intense and challenging thanks to the clever enemy AI. The soundtrack composed by Michiru Yamane made the experience much better and memorable, but not when you’re 100 hit points away from being sent to the graveyard.  Fans of Yu-Gi-Oh! should definitely check an eye out this one. However, for those unfamiliar with the brand name, it’s best to avoid this one as you’ll have difficulties with the game. Nonetheless, Duelists of the Roses is one hundred per cent faithful to the franchise. 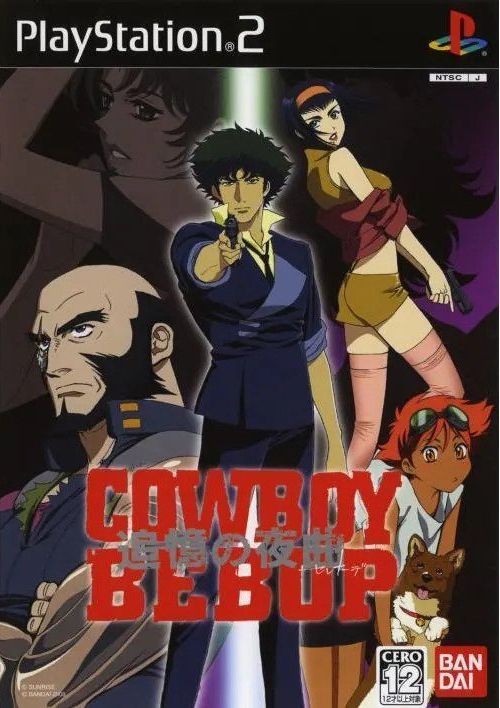 Cowboy Bebop: Tsuioku no Serenade, released exclusively in Japan, is the second and last game from the Cowboy Bebop franchise. Unlike the first game which was a 3D shoot em up game, the second game is an action-adventure beat ’em up with shooting sequences here and there.

While this may feel great on paper, the game is not western-friendly. This means that if you don’t speak Japanese, you’ll have a hard time progressing into the game, or worse, understanding what’s happening. It’s best to wait for a fan English patch in the foreseeable future. 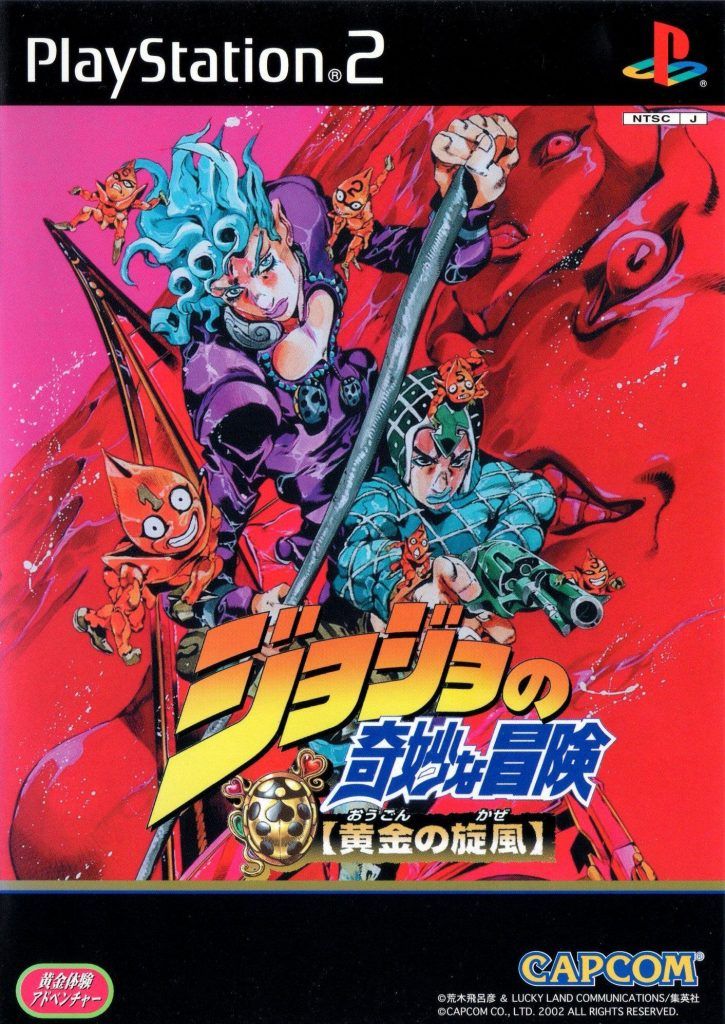 Jojo’s Bizarre Adventure: Golden Wind is another hidden gem that was left in Japan, but as years have passed the game began to enjoy noticeable recognition around the globe.

Released as JoJo no Kimyō na Bōken Ōgon no Kaze, the game’s story is based on the Vento Aureo arc, and follows Giorno Giovanna and his ambition to take down the boss of the Passione mafia. What makes this particular game special is the art style. Capcom used an engine called Artistoon which tried to re-create Araki’s style in the manga, and the results were? Wonderful. 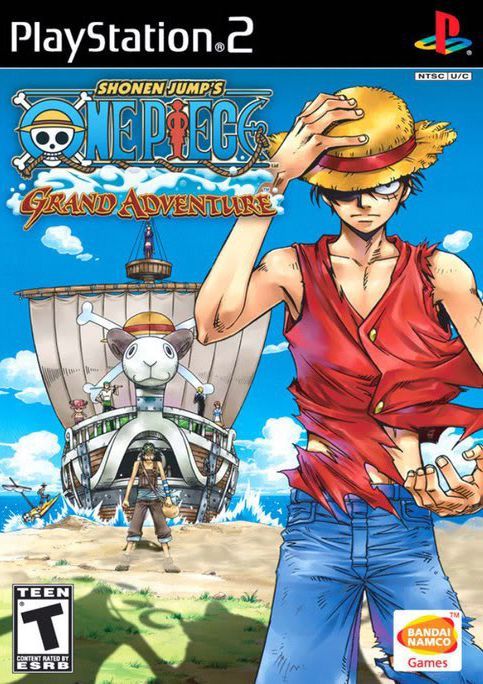 One Piece: Grand Adventure is often forgotten for the fact that it may look like a cheap cash grab game, but looks may be deceiving. 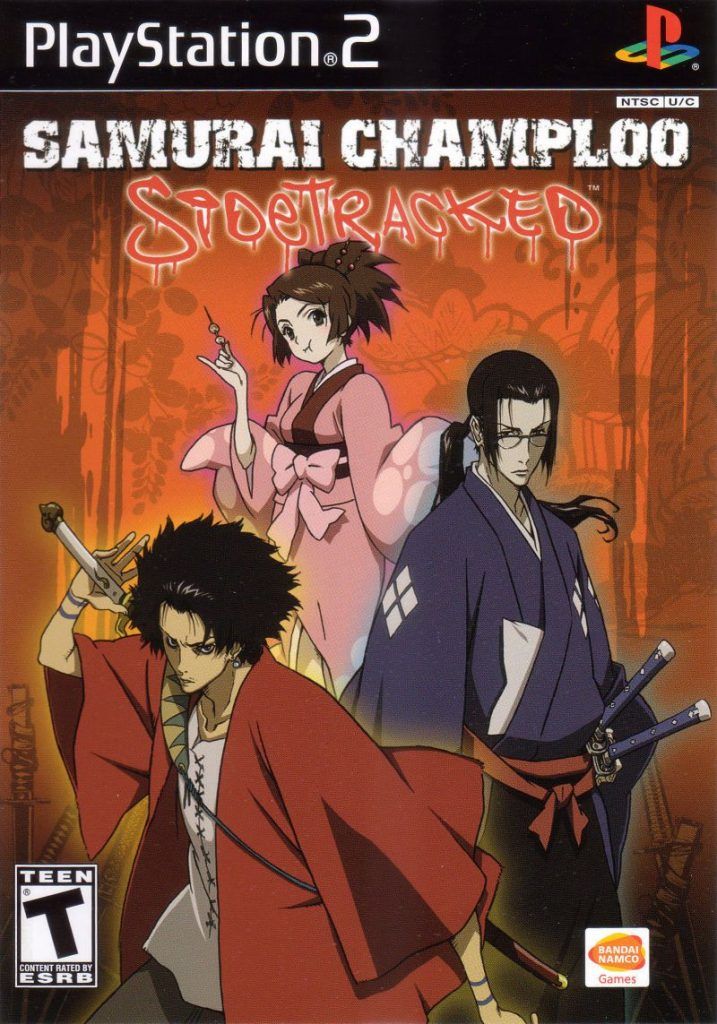 Samurai Champloo: Sidetracked is an interesting take on the anime. Developed by Grasshopper Manufacture and directed by Suda 51 himself, you know you’re in for a wacky experience.

While Samurai Champloo: Sidetracked featured elements from the hack and slash genre, it had an interesting playstyle that makes it stand from the horde. The game puts an emphasis on defeating foes to the soundtracks and remixing manoeuvres which essentially emulates the vibes of the anime. The developers have faithfully emulated the vibes of the original anime. The only downside to Samurai Champloo: Sidetracked is the insanely difficult final boss, which isn’t only hard, but insanely unfair. 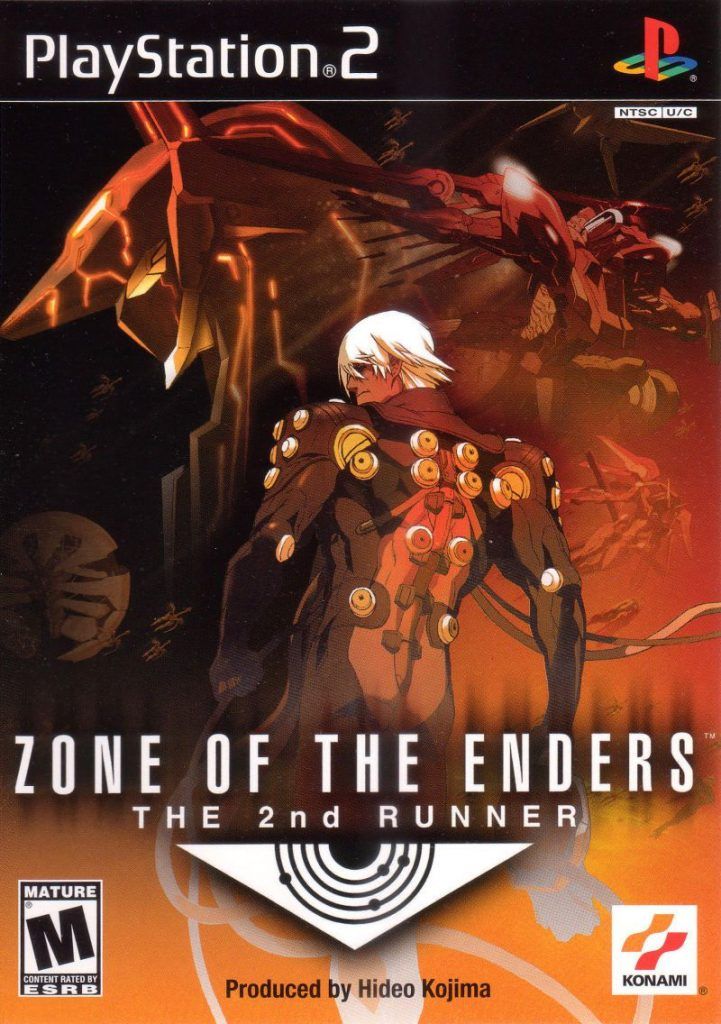 The game is a mecha hack and slash third-person shooter. It has you controlling an orbital frame (sort of robot) known as Jehuty, and battling waves after waves of foes. Jehuty possesses several deadly arsenals under its belt, and with each boss you defeat or a certain stage you accomplish, the game rewards you with new enhancements. The best thing about Zone of the Ender: The 2nd Runner is the fast-paced action and the ability to hack and slash through your enemies or just shoot them up until they blow up. Seriously, even if you aren’t a fan of Kojima, you will certainly adore this game in case you’re looking for something fun to play. 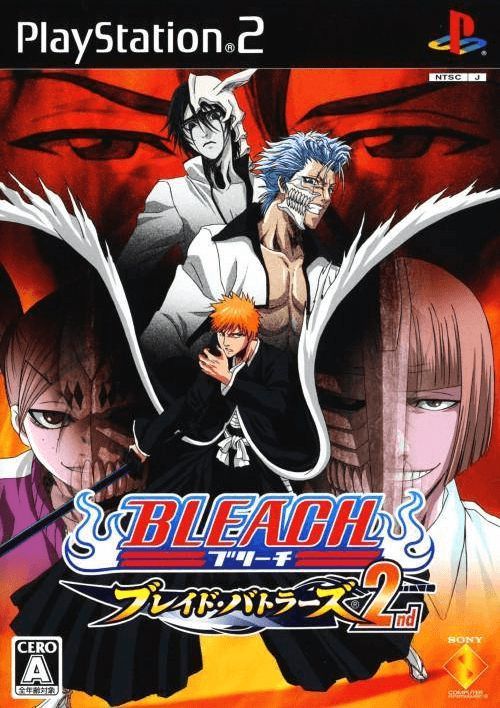 Bleach was pretty on par with the other Shonen shows like Naruto and One Piece in terms of popularity during its first appeance. However, unlike these two, the first games were released exclusively in Japan.

Bleach: Blade Battlers 2nd is another fighting game that features a wide range of characters from the manga and the anime. Despite not releasing outside of Japan, the game is western-friendly. You can finish enjoy and finish the game without understanding Japanese which is nice for those die-hard Bleach fans. 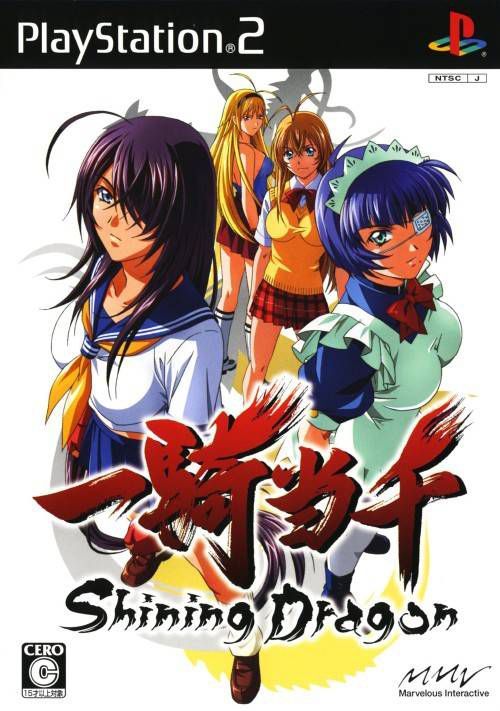 Ikki Tousen: Shining Dragon may look like one of those cheap Simple Series anime games, but surprisingly, the game is not that bad, in fact, it’s great for a budget title. Shining Dragon is another Japan-import that is stuck in Japan. Valcon Games reportedly licensed the game for an English release and even fully completed translating the game to English. However, the distributor ended up cancelling the English release due to the” Partial Nudity” of the game.

Ikki Tousen: Shining Dragon is a 3D beat’em up in the style of Naruto: Uzumaki Chronicles 2. However, one mechanic made the game feel faithful to the anime, and that is ” the shredded clothing “.Basically, when you’re character receives damage, her clothes tear up. If you’re planning to play this game, it’s highly recommended to close your door room. 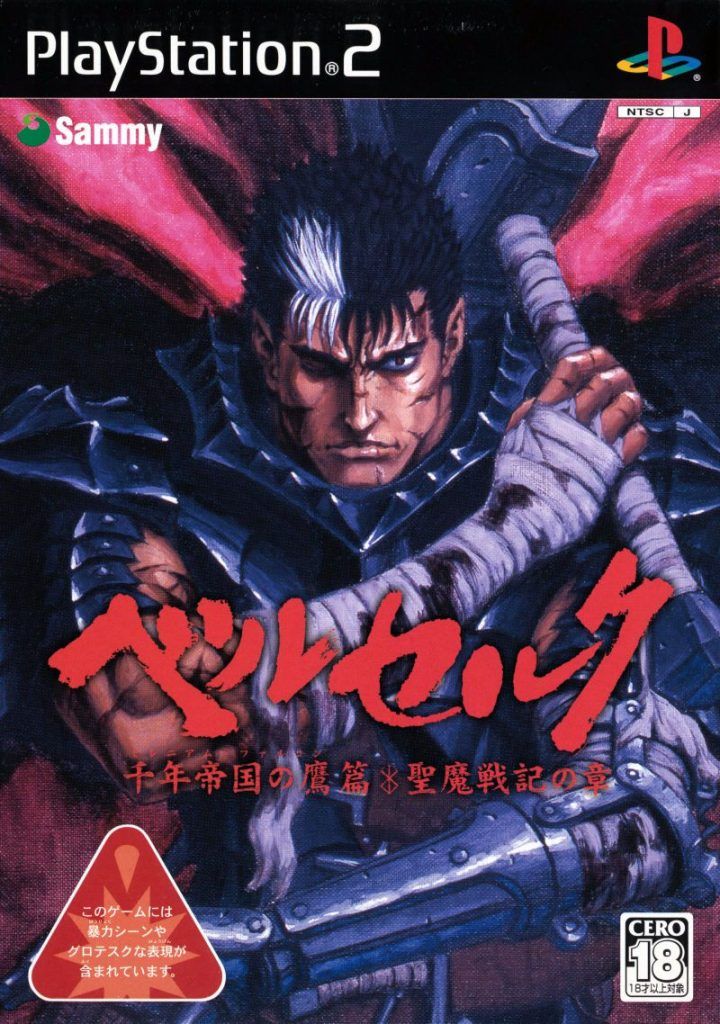 Berserk Millennium Empire Arc: Chapter of the Holy Demon War covers part of the Millennium Empire Arc from the manga. It has you controlling the legendary black swordman Gatsu on his quest to kill his former best friend, Griffith. The game does a great job at emulating the manga, featuring over-the-top hack and slash action with some incredible finishing moves. The voice acting and soundtracks are well-done as well as the controls. The developers have used a Motion capture process to bring a sense of realism. If it wasn’t for the great Berserk community, this game would have been lost to time.

In this world,  is the destiny of mankind controlled by some transcendental entity or law? Is it like the hand of god hovering above? At least it is true, the best Berserk game was never released outside of Japan.

Thankfully, the community has made it accessible for people to experience the Berserk game on PS2 via a fan English patch. If you own a PS2, you can play it there. If not, you can download the PCSX2 emulator, and try it there.

This is not the end. The list will include more games. Thank you for reading.