PlayStation 4 is by far the best system for fighting games. Even though PCs can render way better graphics (in the few games that can offer them), PS4 offers two much more important features for fighting enthusiasts: the biggest community to fight against, as well as the Tournaments feature, which makes it easy to join online tournaments for many different fighting games.

PS5 hasn’t even implemented the tournaments feature yet, so you’ve guessed it, PS4 is still the ultimate fighting game console – if only it offered backwards compatibility with PS3 games too! Enough with the praises though, let’s dive into the best PS4 fighting games you can get, since there’s a lot of them! 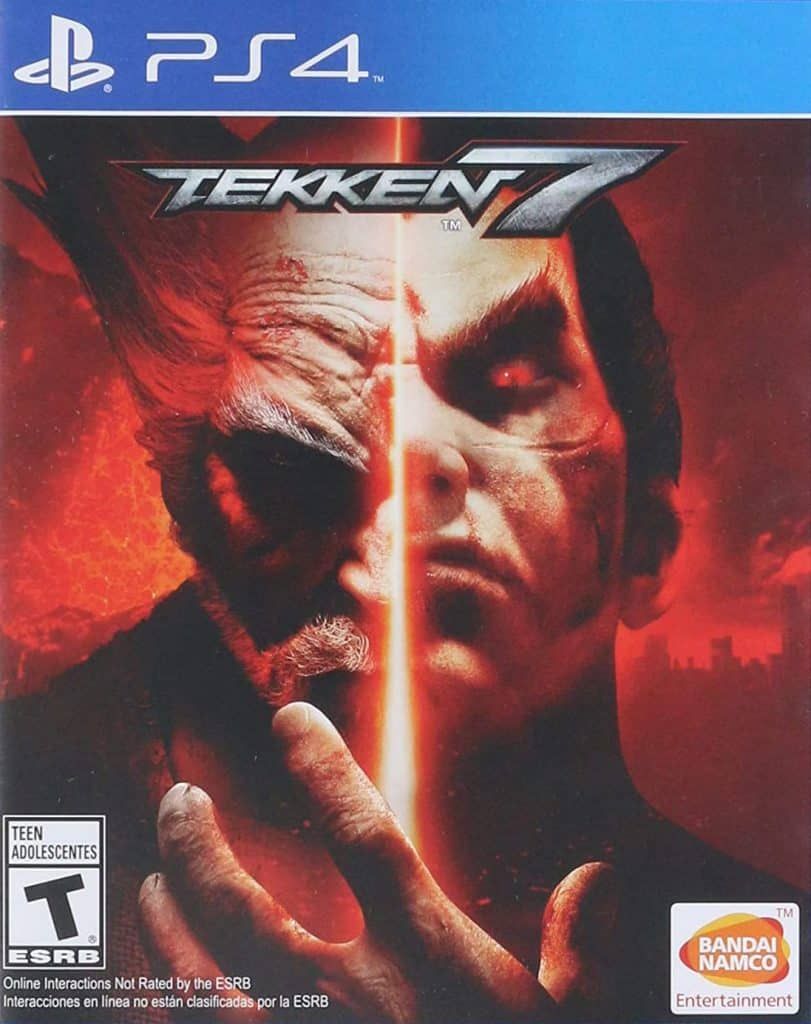 Tekken has always been the ultimate fighting franchise for PlayStation consoles, and even though the last few games came out on Xbox too, it just doesn’t feel right to play Tekken anywhere else! Tekken 7 is by far the ultimate Tekken experience, and hands-down the deepest 3D fighting game, while still managing to stay enjoyable for casual players. A grand achievement indeed!

Whether you’re looking for your first fighting game, or you’re a long-time veteran, there’s simply no excuse for not playing Tekken 7. There’s a huge community and multiple guides for each of the 50+ characters to carry you through the journey, along with a ton of cosmetics you can collect and show off in the excellent online modes. There’s an argument to be made for the missing “adventure” mode of past entries, so I do hope this is rectified with Tekken 8. 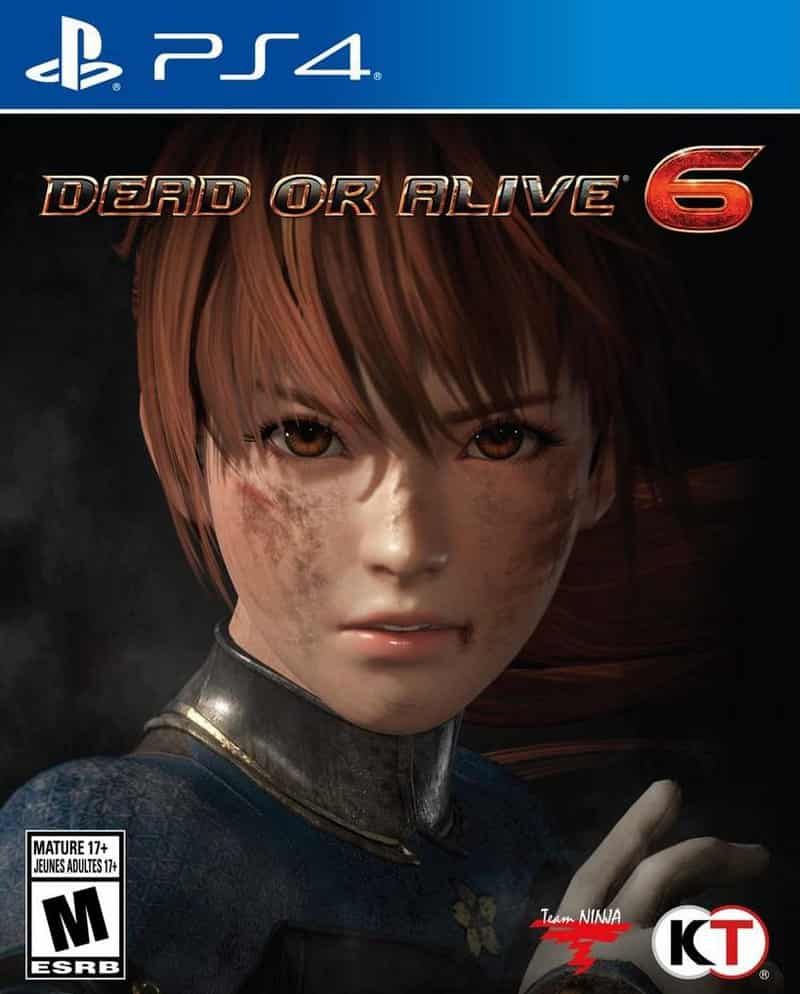 Dead or Alive is – in contrast with Tekken – the ultimate Xbox fighting franchise, with the last two entries making their way on PlayStation too. While the fighting gameplay is simply excellent – and can’t be found elsewhere – DOA’s monetization and development choices have led it into a downward spiral since DOA 5, and sadly DOA 6 didn’t fix any of these poor choices.

The good news for PS4 players is that you can find the most people to play online with, since the Steam version is pretty much dead, while Xbox is not thriving either. The base version of the game is totally free, with 4 characters to choose out of the full roster, so I definitely suggest you try it out, since the gameplay is extremely satisfying, and its depth immaculate. 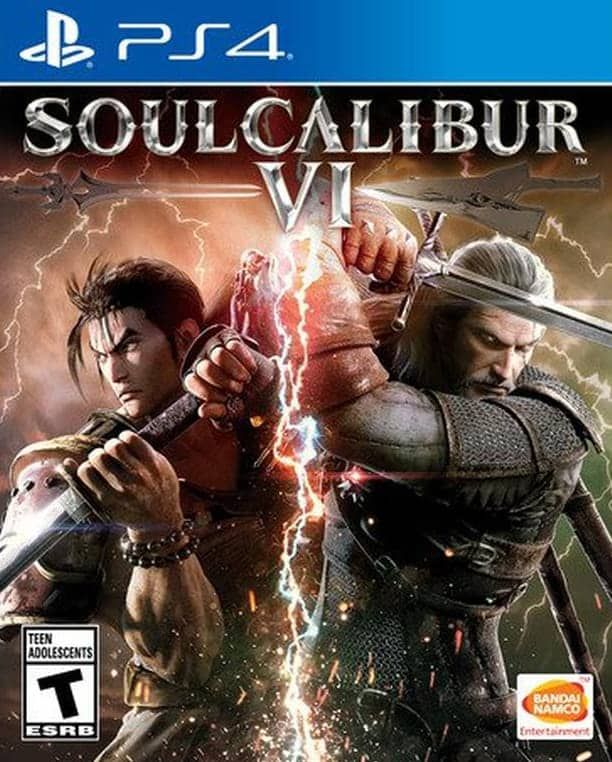 SoulCalibur was always the underdog 3D fighting game, which is normal when competing with titans like Tekken & DOA, but anyone who has actually tried it, can vouch for its unique proposition in the fighting game world. SoulCalibur VI is an excellent entry to the franchise, where once again Project Soul’s passion shows throughout all the game modes and gameplay mechanics.

SolCal’s famous character customization abilities make a glorious return, while the weapon-based fighting is more polished than ever. Even though the story modes are presented as a visual novel with very few cutscenes, there’s a ton of content to go through, and along with the rest of the modes, SoulCalibur VI is definitely one of the most complete single-player experiences you can find in a fighting game. 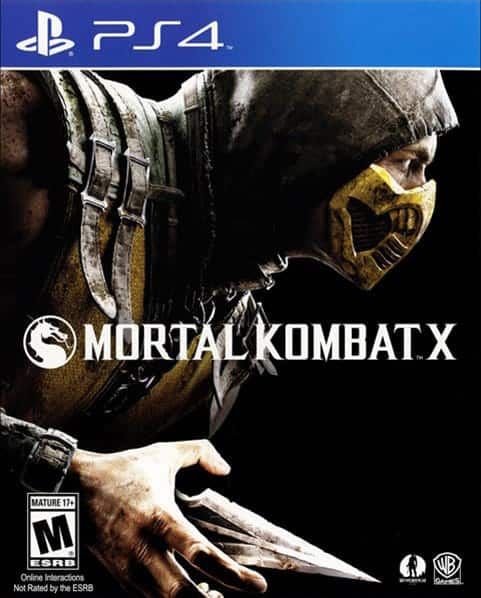 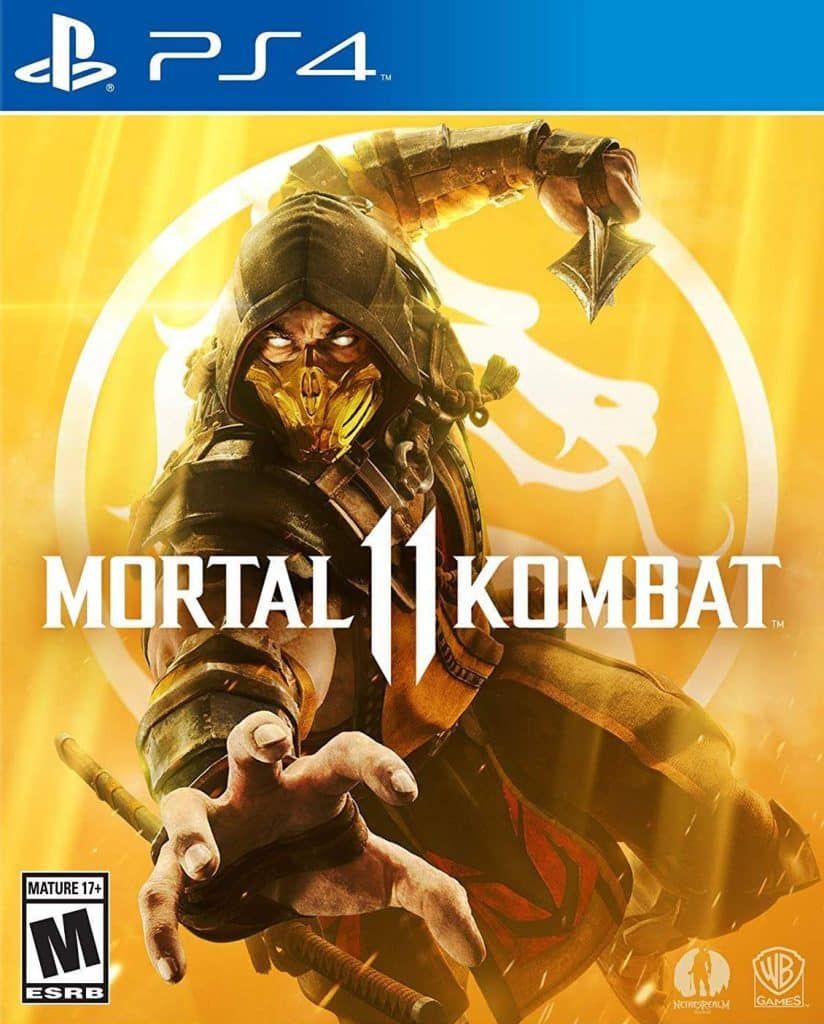 Mortal Kombat is the ultimate western fighting franchise, and both of its strongest entries are present on the PS4. Mortal Kombat X was the most important entry as a modern fighting game of its time, polishing MK9’s rough mechanics and animations, into what is considered by many, the best MK game to date.

Mortal Kombat 11 is my personal best MK game, since it’s hands down the most polished fighting game ever released, any way you look at it. Both games offer a high-value production level in their story modes too, setting the standards for the rest of the industry (and we’re still waiting for more devs to keep up!). 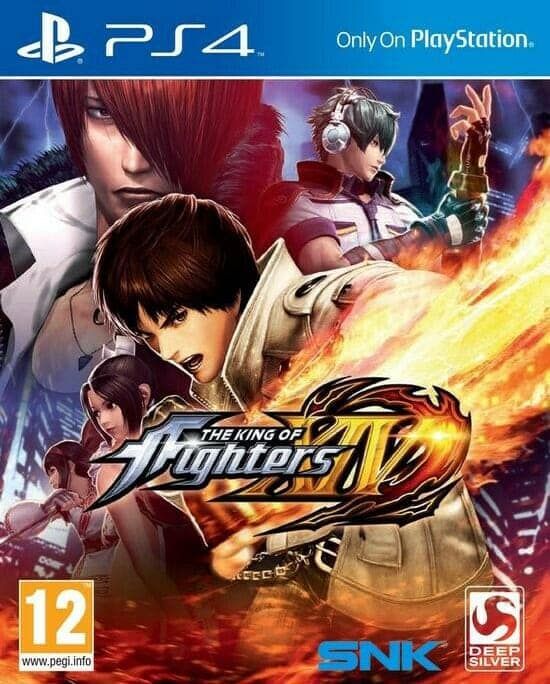 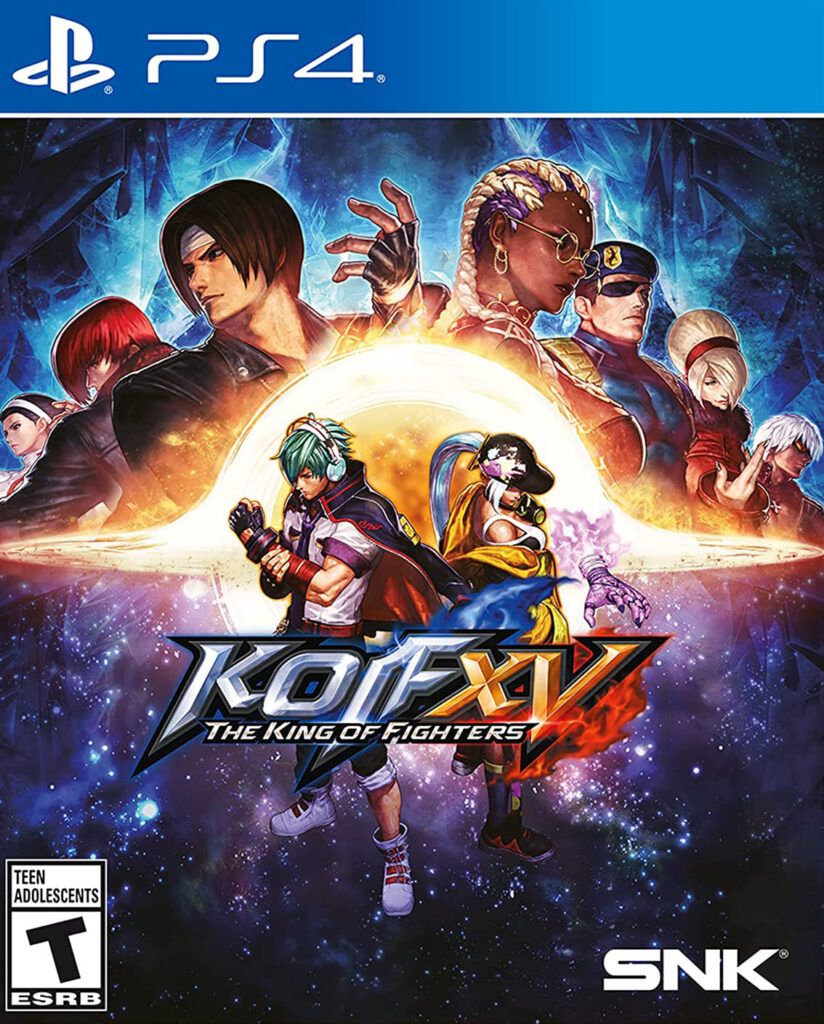 The King of Fighters is SNK’s biggest franchise, and once more, both of its strongest entries are available on the PS4 (it’s sad that we still don’t have a KOF XIII port though?)! KOF XIV brings an insane roster of almost 60 characters, and it’s the first KOF game to feature fully fleshed-out 3D models for all characters, that look simply amazing!

The fighting mechanics are super polished in both games, and if you’ve played any of the older entries that used 2D sprites, you’ll simply fall in love with the 3D animations & VFX that all your favourite moves now have! KOF XV fixes a lot of the issues with XIV’s “barebones” game modes, but we still hope to see more love from SNK for their flagship game! 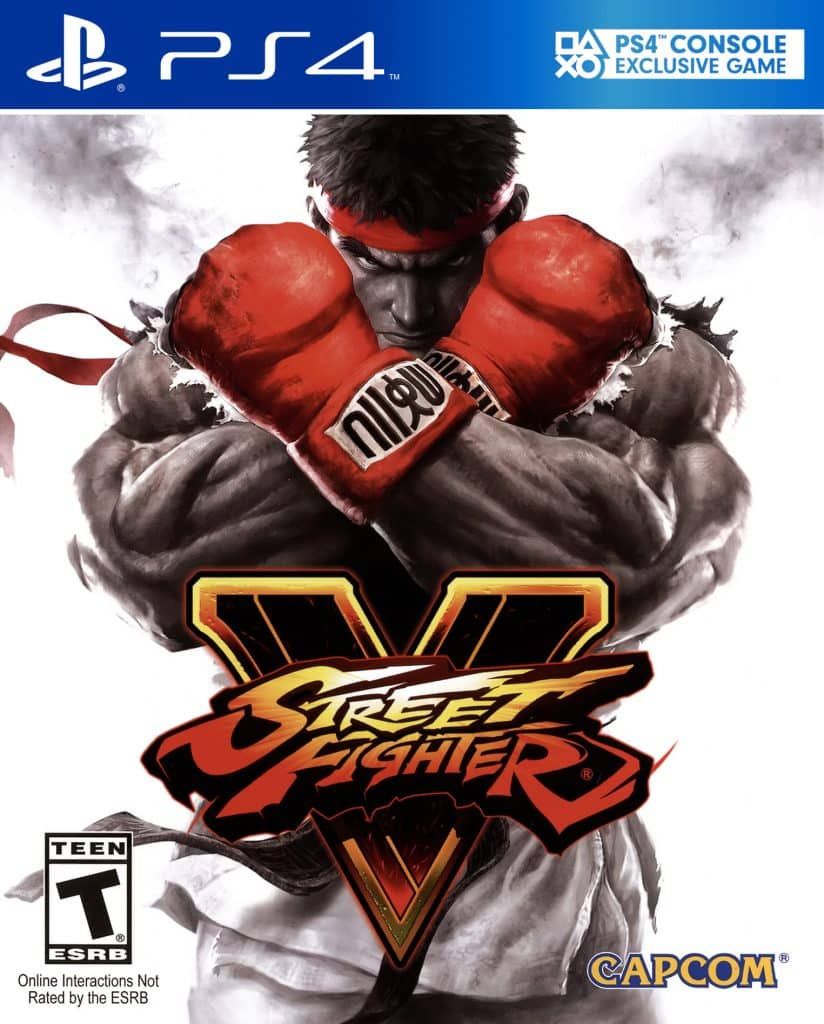 Street Fighter V was met with a lot of justified criticism when it launched, since it lacked a ton of necessary content, features and characters. This is fortunately just history, since SFV is the ultimate Street Fighter game we’ve ever hoped of getting! While input lag and frame accuracy still suffer compared to USFIV, the trade-off is nevertheless worth it.

Every single feature a die-hard SF fan could ask for is in here, amateur & professional tournaments are ongoing all the time, and even PC / PS crossplay is supported, making SFV the world’s 1st fighting franchise to offer this insanely necessary feature, that almost every fighting game lacks to this day. 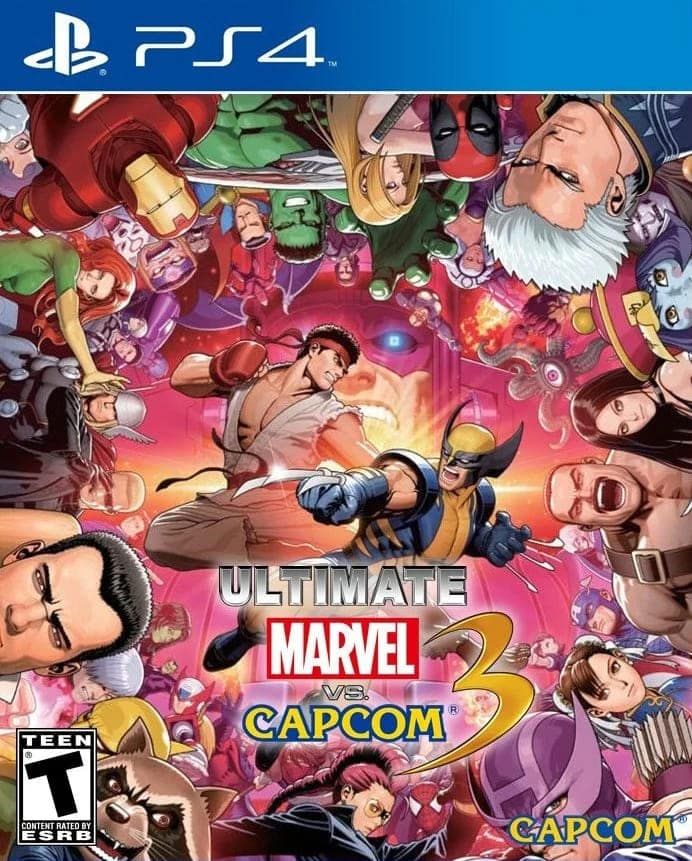 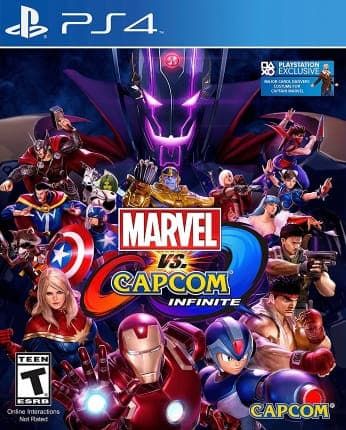 Marvel vs. Capcom games have offered a ton of fun to both 00’s and 10’s gamers, and even though it’s been many years since Infinite’s rocky launch, both games are still super relevant today, with UMvC3 taking the crown of course.

Even though Infinite offers superior graphics and animations to its predecessor, its character roster is not as strong, and the fighting gameplay definitely feels a bit lacking to MvC3’s experience, which really shaped a lot of modern fighting games, and especially other 3v3 fighters. 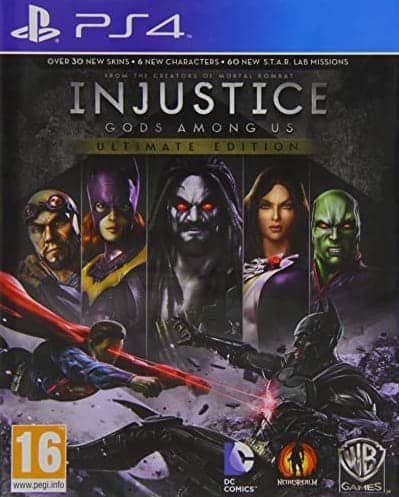 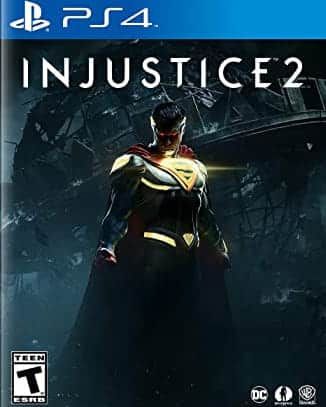 Injustice has been developed side-by-side with the recent Mortal Kombat entries by NRS, and it offers a much more casual and fun experience – compared to MK’s brutality that is! A slew of amazing DC characters are included in both entries, and a ton of outfit customization options are offered for each one, earned by simply enjoying the games!

The fighting system is pretty similar to MK in many regards – which can only be a good thing – and the amount of content on top of the high-production story modes, is simply too good to overlook. If only the same attention was given to the MvC franchise! 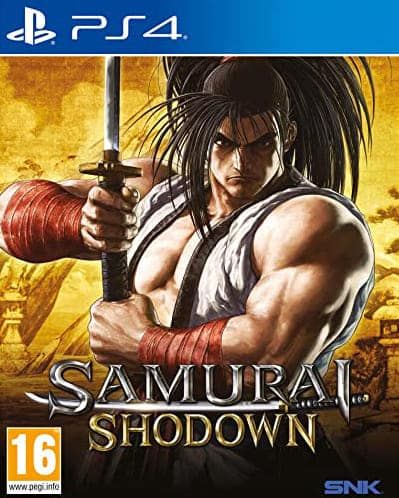 Samurai Shodown makes a glorious return with the franchise’s reboot to modern systems, offering beautiful cel-shaded 3D graphics, and stunning VFX & animations we’ve never seen before for these characters! A much more tactical 2D fighter – where patience is as important as timing – I highly suggest you don’t just pass on this game.

SNK are sadly as bad at marketing their games, as good they are at developing their fighting mechanics, so you won’t find a massive community to compete against in SamSho (and PS4 users are the luckiest as always). You will find a very loyal userbase though, since there’s just no other fighting game like it! 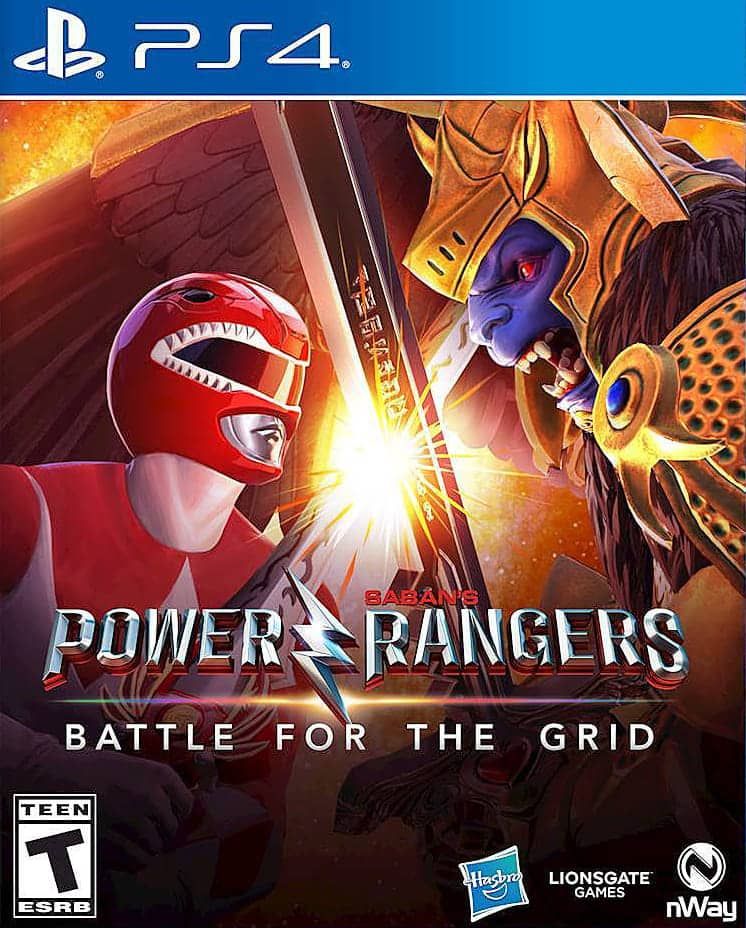 Power Rangers: Battle for the Grid was met with a lot of enthusiasm from those of us with 90’s nostalgia, and even though it sadly didn’t deliver a single thing on the story & single-player modes front, it did deliver quite well on the fighting mechanics aspect!

It plays quite similarly to Marvel vs. Capcom 3, and it offers an insanely good hit accuracy aimed at satisfying combo junkies! BFTG’s character roster is quite weak – and expensive – though, so I’d only recommend it for Power Rangers fans! It’s also worth noting that BFTG is the only fighting game (to my knowledge) that offers crossplay between ALL platforms, so PS, PC, Xbox & Switch users can all play against each other – which is a selling point by itself! 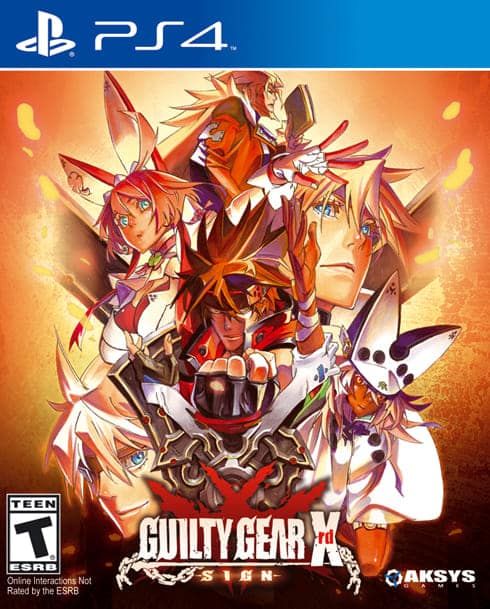 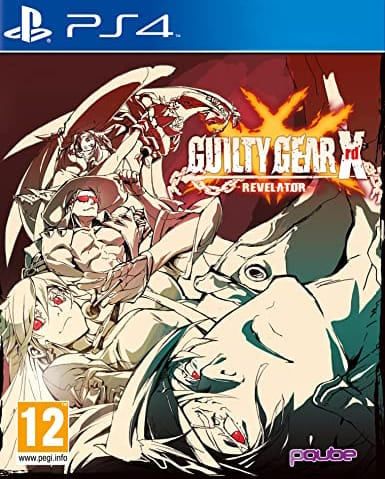 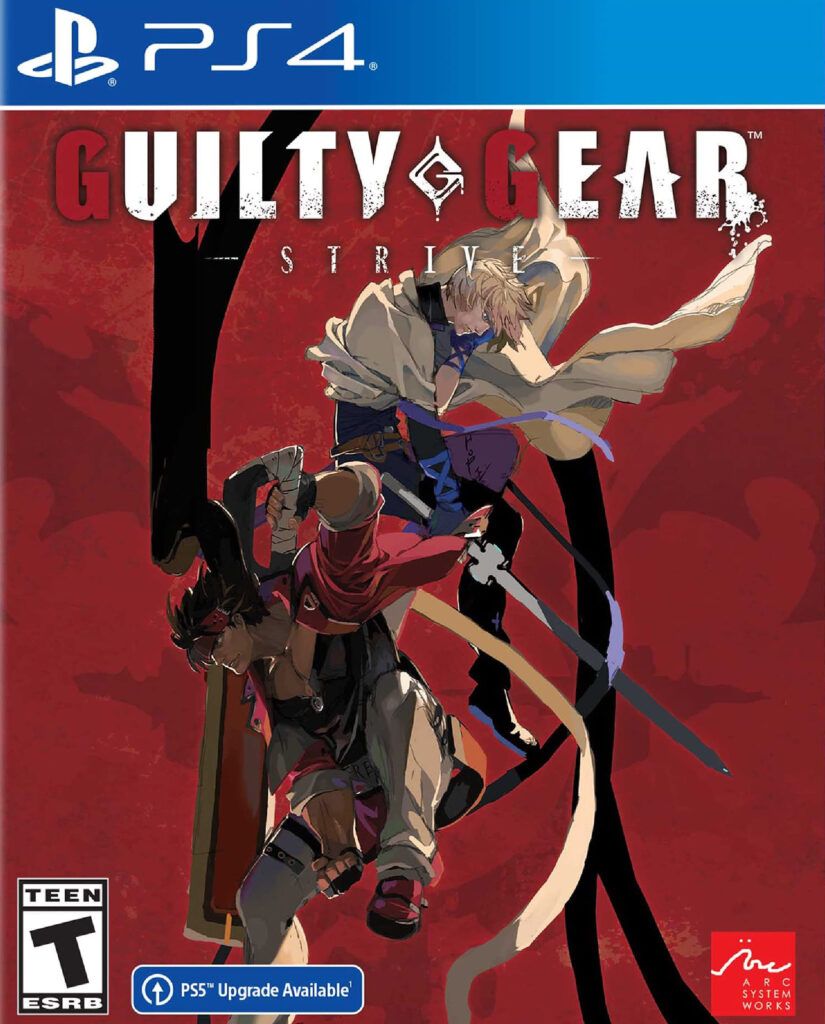 Guilty Gear is considered by many the most hardcore fighting game, for a good reason! The freedom you get to be creative is insane in GG games, with double dashes / double jumps, multiple canceling techniques and air combo chains, everything is as hard to execute, as impressive it looks! A heavy metal aesthetic is present throughout all Guilty Gear characters, so if you’re a metalhead like me, don’t skip them!

All 3 games have been released exclusively for the PlayStation family on the console front, while they are also available for Windows on Steam (with PC / PS crossplay announced for Strive!), so I’d say you owe it to yourself to try at least one! Be prepared for an insane fully animated story on each entry as well, with Xrd -SIGN- running at 4+ hours, Xrd -REVELATOR- at 6+ hours, while -STRIVE- is still releasing new story content through season passes! 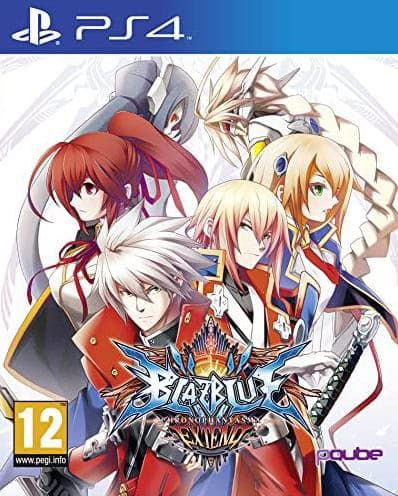 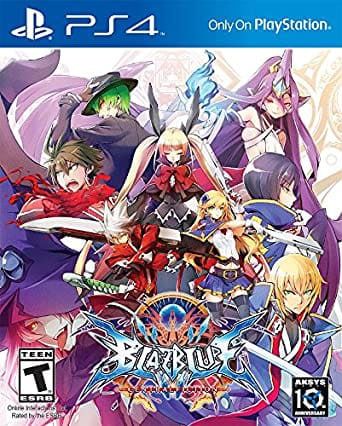 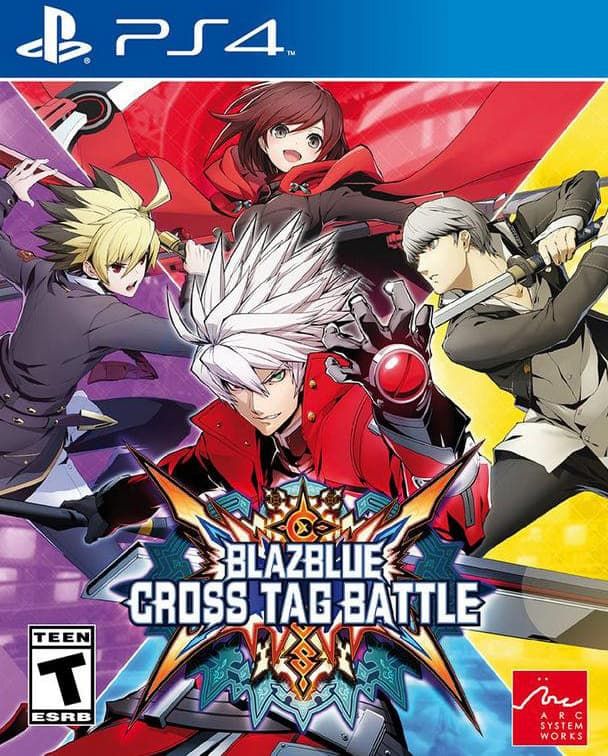 BlazBlue is an “even more anime version of Guilty Gear” if that makes any sense! Similar advanced and hardcore fighting techniques are present, but there is an even heavier emphasis on story and character development (how is that even possible right!), flashy animations, and old-school sprite characters.

Both franchises are the self-developed & published masterpieces of Arc System Works, so there’s no way you can go wrong with either. The latest BlazBlue entries haven’t been released on Xbox, so collectors should definitely stick with PS4! 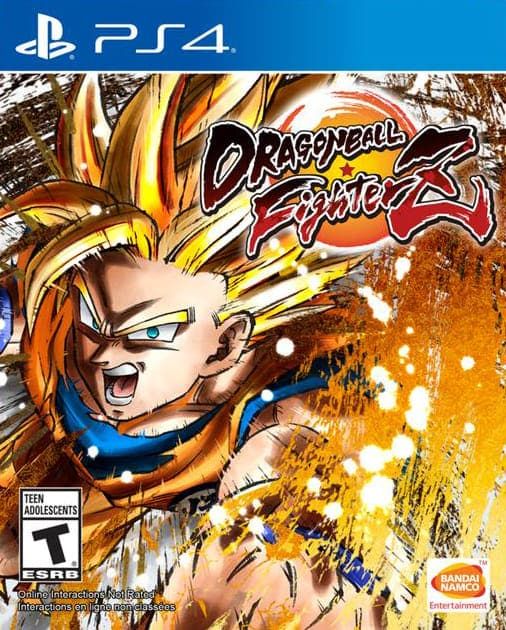 Dragon Ball FighterZ is an interesting …fusion between the best fighting game developers on the planet, and one of the world’s biggest media franchises. The results could only be good, and that’s exactly what happened! What’s even better, is that due to DB’s popularity a huge new audience was exposed to fighting games, and we were so fortunate this happened under ArcSys’ hands!

I wish that 3v3 fighters will stop “copying” MvC’s fighting system, but here we are again – and maybe for the better, since Capcom seems to have forgotten about MvC3 altogether.  Especially if you are new to fighting games, this is probably the best place to start, since it’s insanely easy to pull out some impressive combos, and insanely hard to pull out the more impressive ones?! 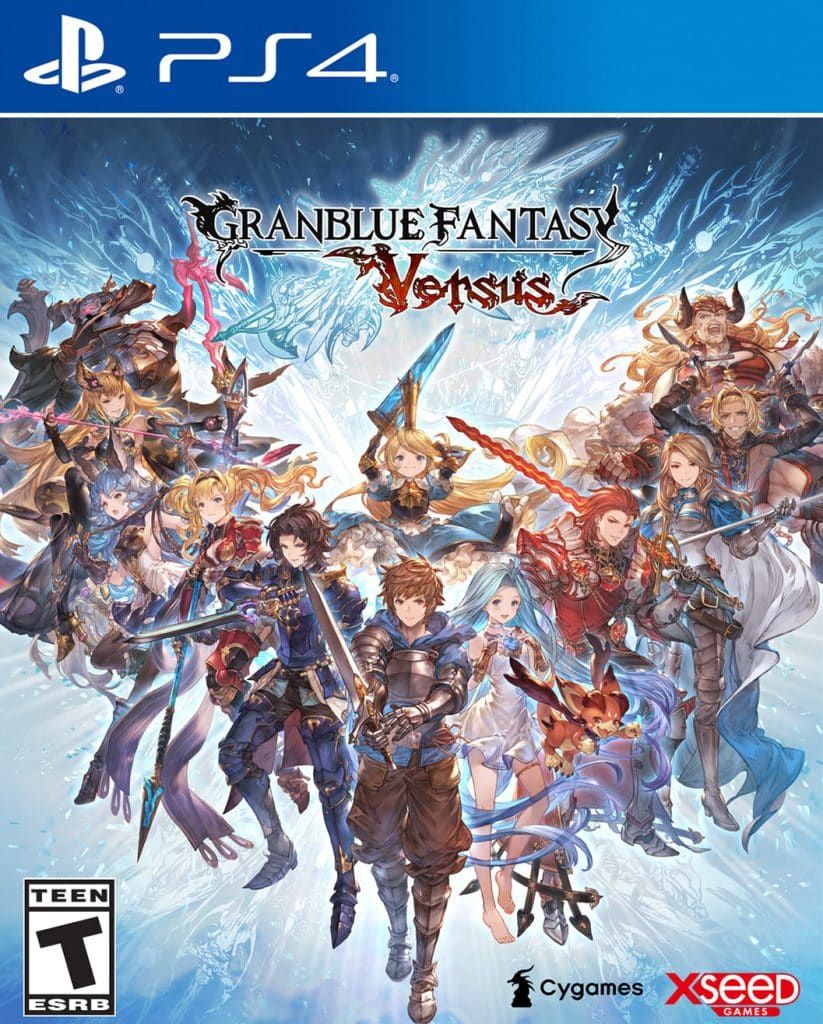 Granblue Fantasy Versus is yet another big media franchise that assigned its fighting game development to Arc System Works, like FighterZ and DNF Duel. The fighting mechanics are flawless as expected, and there’s also a ton to experience in the single-player and story modes of the game!

PlayStation 4 users are lucky once more, since this is where the biggest community plays, with Steam users having to rely on private groups and discord servers. GBVS has been a mainline EVO game more than once too, so even though its future doesn’t look too solid as it’s a spinoff, there’s definitely a lot to enjoy regardless. 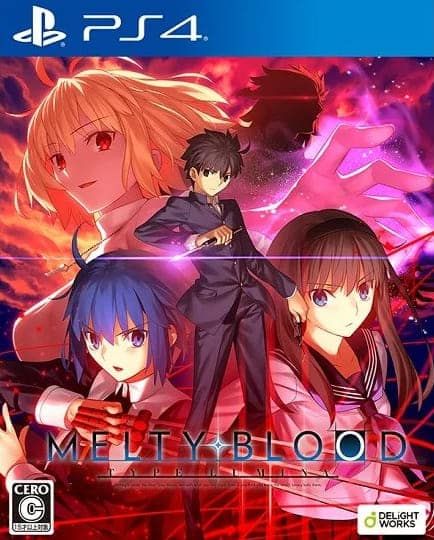 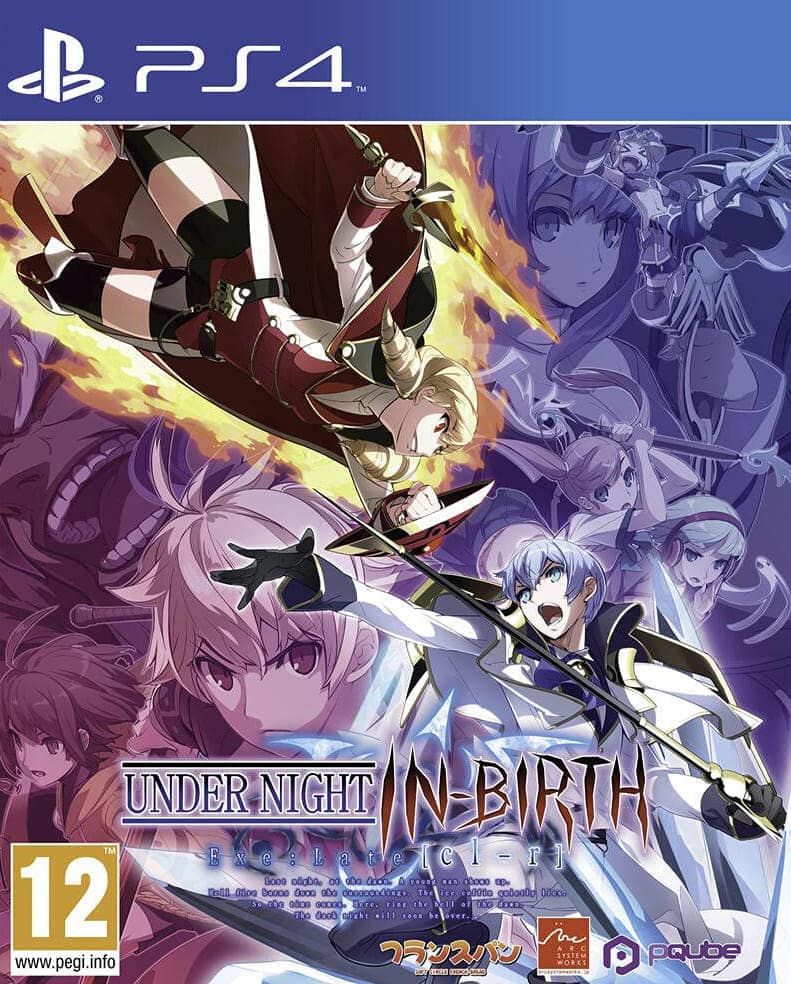