Their dazzling look lures us into thinking that these creatures are innocent, but beneath that pale face lies a terror—a danger to anyone with a pulse. They live in the shadows, sneaking behind their prey, devouring every bit of life from it.

Quite like the immortal vampires, games based on the bloodsuckers have been around for a very long time. From the bygone era of the NES to the recent generation of consoles. Yet, despite the fact of their long-time existence, their games are a rare commodity in the industry. Like vampires themselves, the games are hidden in the dark. You’ve got to walk through the shadows to find them.

We have bundled together a few vampire games we deem worthy of mention on the list. Read on to discover the best vampire games the PlayStation 4 has to offer. 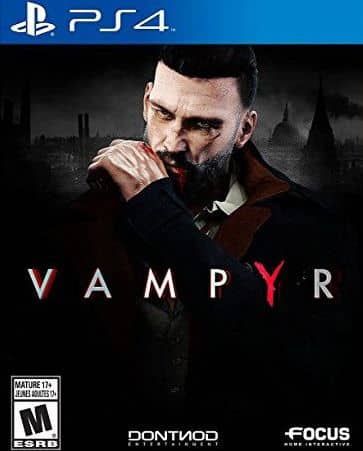 Vampyr marks one of the biggest returns to vampire gaming. Brought to you by the same developers behind incredible story-driven titles like Life is Strange, Vampyr is an interesting take on vampire lore.

Set in the city of London during the Influenza epidemic, players are put in the shoes of a vampiric doctor, Jonathan Reid that has to come to terms with his inhuman powers. Players are free to do as they please: either use their powers for the greater good and save people’s lives or run rampant across the streets, sucking the life out of any innocent soul their eyes stumble upon.

Vampyr’s beat ’em-up gameplay could’ve used some improvements, but the rich story, gothic atmosphere and the overall cool powers players obtain throughout their playthrough are more than enough to make Vampyr a recommended game. 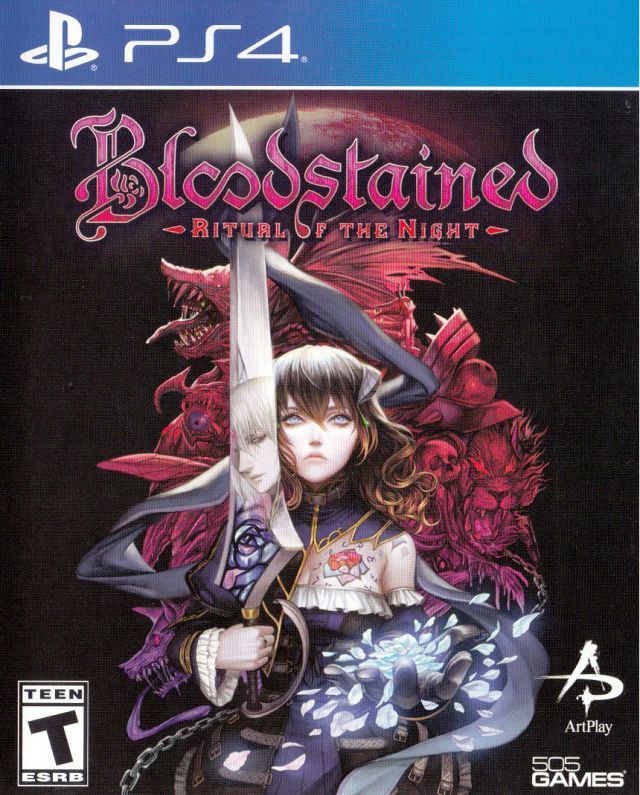 Laden with beautiful sceneries, a well-made gothic castle to explore and an engrossing gameplay experience, Bloodstained: Ritual of the Night is just addictive. It’s simple, and fun and presses all the necessary buttons any Metroidvania fan would like to see in the genre. The game doesn’t try to revolutionize anything but rather tunes up a bit the same formula that made Castlevania: Symphony of the Night a timeless classic. 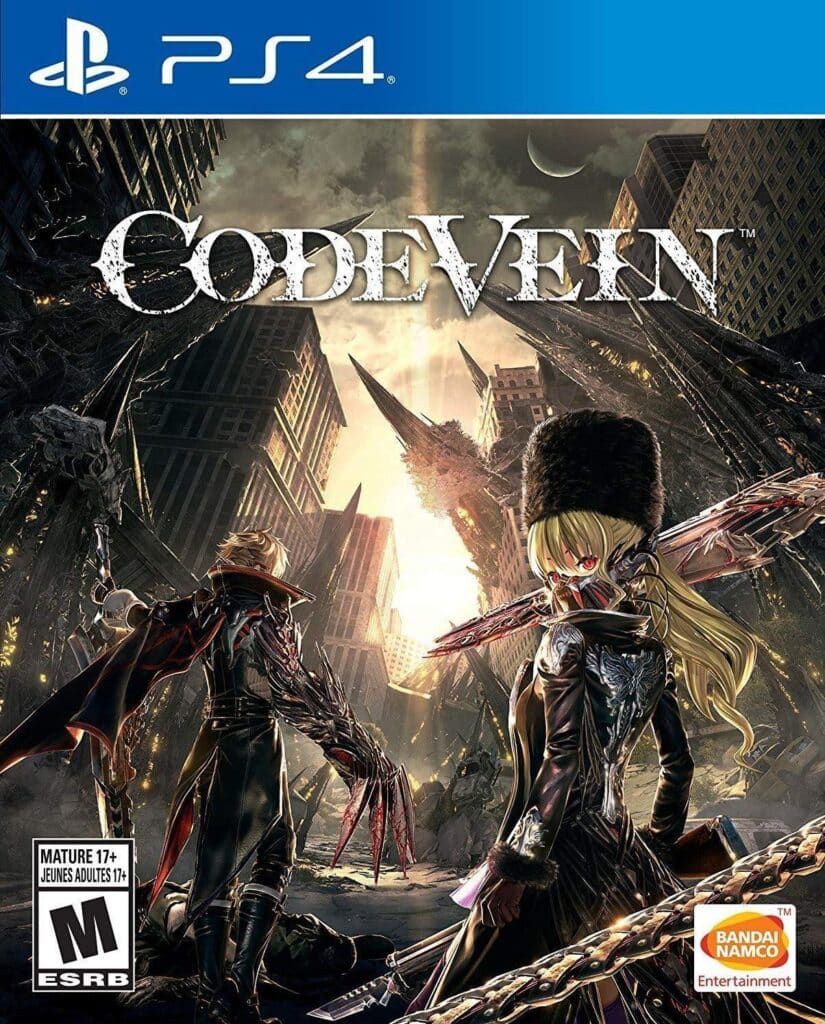 Code Vein is an open-world RPG, with a gameplay style reminiscent of souls-like games. Set in a post-apocalyptic world, once brimming with life and activity, now a lifeless landscape filled with danger and uncertainty. Players take control of mysterious characters called Revenant, a bunch of super-powerful vampires who were once humans before being infected with BOR parasites.

Their new powers came at the cost of losing their identity: memories are lost, hunger for blood gives in, and the only way to not lose their entire humanity is to consume every remaining life.

Acting as a reboot of the famous God Eater franchise, Code Vein’s gameplay may please that particular audience. Its complex story along with the beautifully executed anime-art style grants Code Vein a shadow of its own.

BloodRayne franchise is a bloody trip with the dhampir Rayne as she slices and dices her way through dozens of enemies with zero remorse. And why would she when they just keep on coming? From zombies, regular humans, and creatures to nazis, Rayne sure has a collection of meat bags to show off.

Armed with two sharp arm blades, guns, and vampiric abilities,  Rayne slays, kicks, and dismembers hordes of meat bags. The combat is flashy as hell, letting you string together a series of flashy combos. When Rayne is about to meet her maker, she can always resort to her predatory instincts and drain the life out of her foes (by wrapping her legs around them).

The first two instalments in the series were 3D experiences, with the latest being a 2D hack-and-slash adventure. Every entry in the franchise has its own unique flavour, it’s up to you which flavour you’re going to taste first. 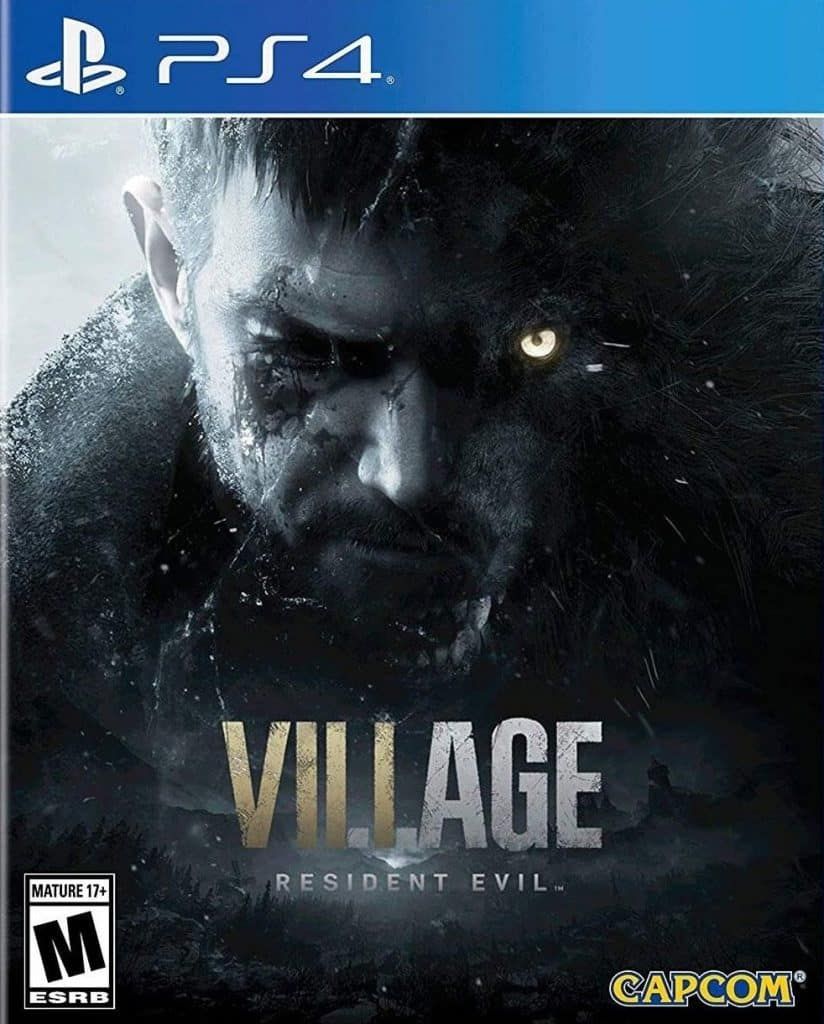 Resident Evil Village is one of the latest instalments from the acclaimed Resident Evil franchise by Capcom. However, the 8th instalment is a pretty wild departure from the series’ roots; vampires are the danger this time around.

Players venture with Ethan Winters to a mysterious village searching for his kidnapped wife and daughter. There he will encounter various creatures such as zombies, wolves, witches and, of course, vampires. Ethan Winters will have to survive encounters against some of the thirstiest vampires to walk the earth because if he doesn’t, he will become the main dish for the creatures of the night to devour. 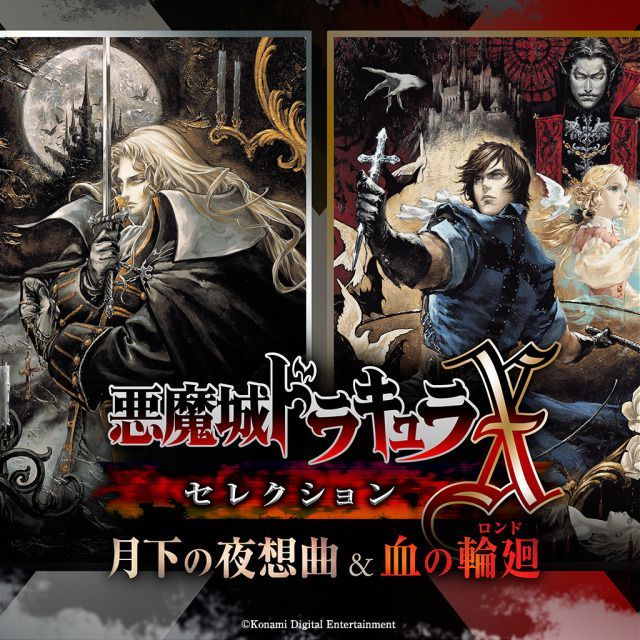 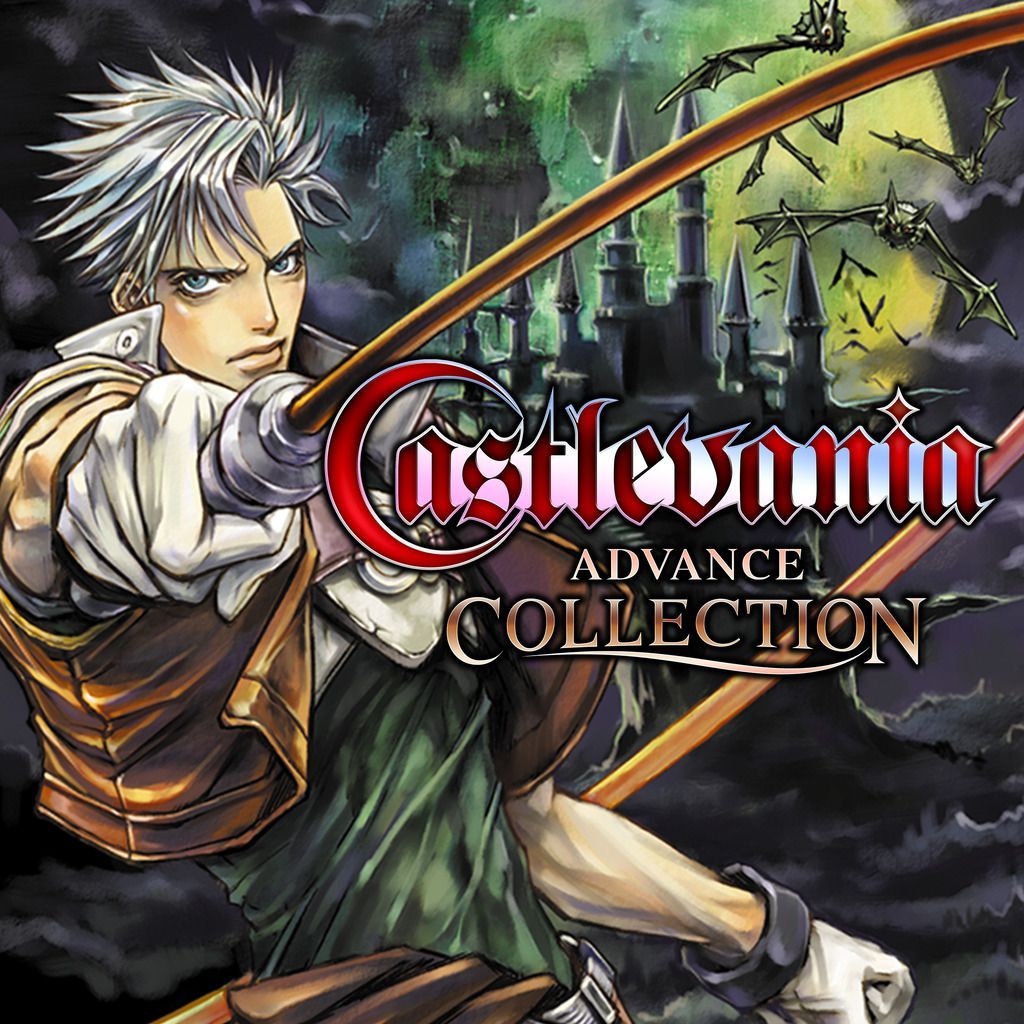 Castlevania is one of the best depictions of vampirism to set foot in the gaming industry. With Castlevania Requiem and the Advance Collection, players will have the freedom to experience two worlds in this emblematic franchise by Konami.

Castlevania Requiem offers two games: Castlevania: Rondo of Blood and Castlevania: Symphony of the Night. Two great instalments from the ol’ gold retro era of gaming. On the other hand, Castlevania: Advance Collection is a set of 3 games from the Nintendo Game Boy Advance era all in one package. These games may be considered old, but their continuous impact on the new generation of gamers is still as sharp as a Belmont whip. 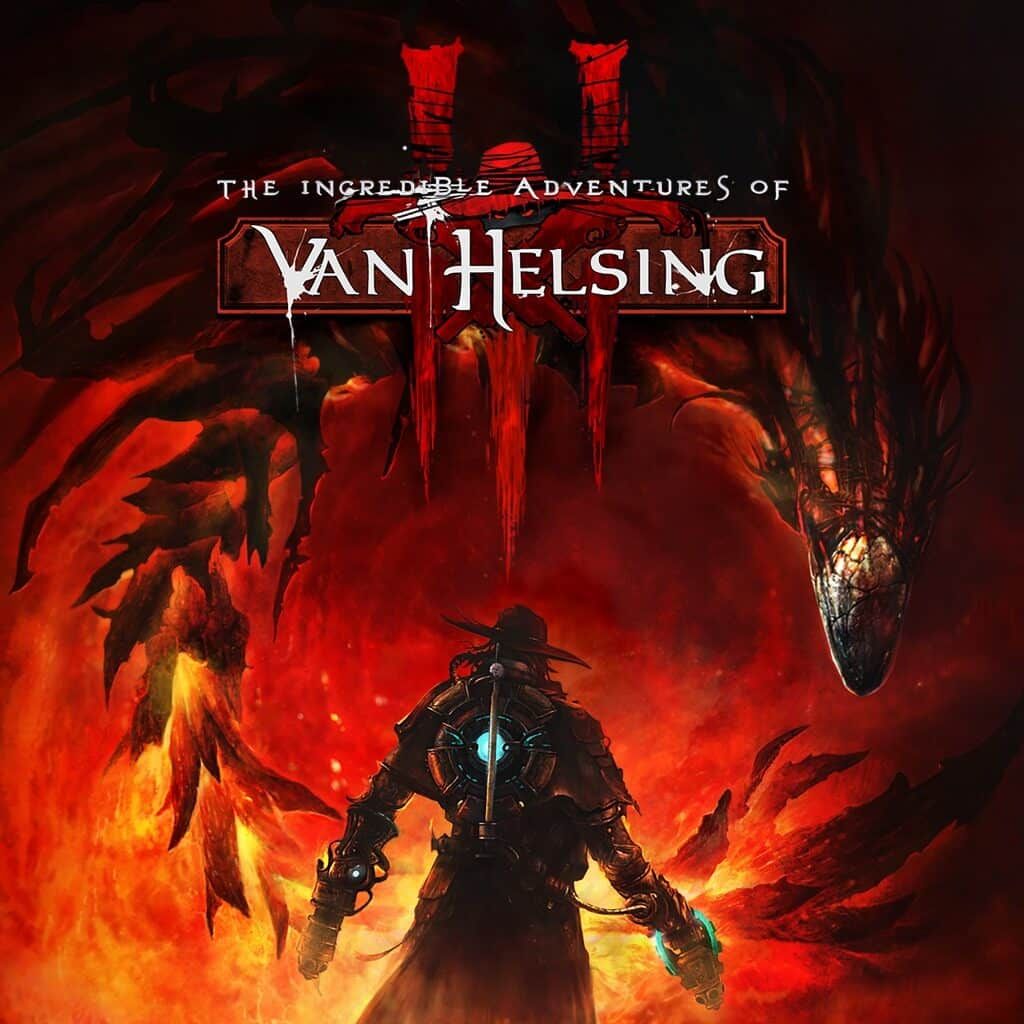 The Incredible Adventures of Van Helsing III is a top-down action-RPG ala style of Darksiders: Genesis. Stuffed with monsters of different forms to blast your way through, Van Helsing is an entertaining game for fans of the genre.

Similar to the Belmont clan, Van Helsing has a hate relationship with anything that doesn’t look human. As the legendary vampire hunter’s son, players are tasked with ridding Borgova of the monsters that have been wreaking havoc all around. Your journey won’t be solo as you’ll have Katrina to keep you company, a lovely ghost who proves useful during dire times.

Killing monsters earns you experience points which you can use to upgrade stats, customize your gears and more. It’s safe to point out that fans of the Diablo franchise may also want to keep an eye on this game. 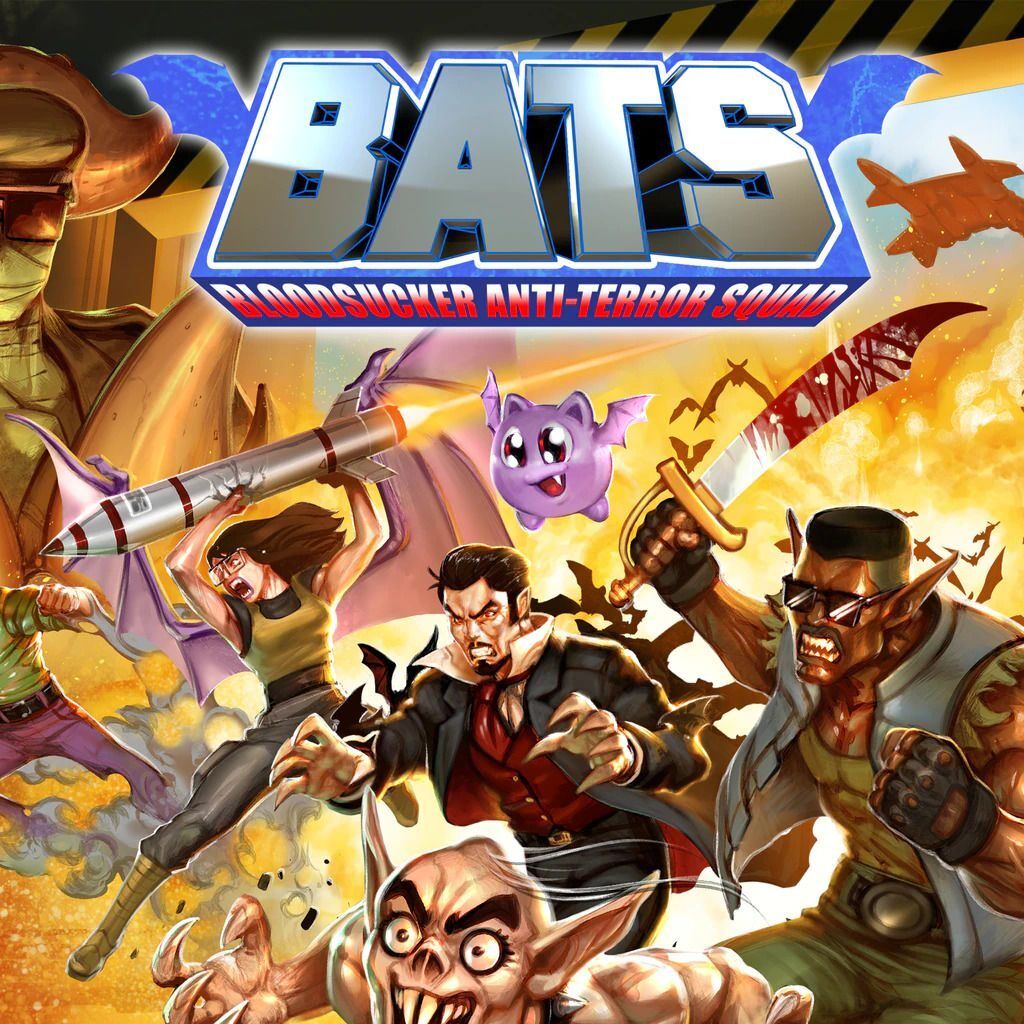 BATS: Bloodsucker Anti-Terror Squad is a surprisingly fun-to-play game despite its looks. This is a fast-paced run & gun shooter with all the arcade vibes you’ve yearned for from the legendary era of Contra and similar games.

This time around, it’s Count Dracula that is the good guy. It’s up to him and his demonic powers to rescue his BATS teammates from the wicked Scorpion Supreme army. Fans of the run & gun genre should definitely check this one out, it’s a hidden gem. 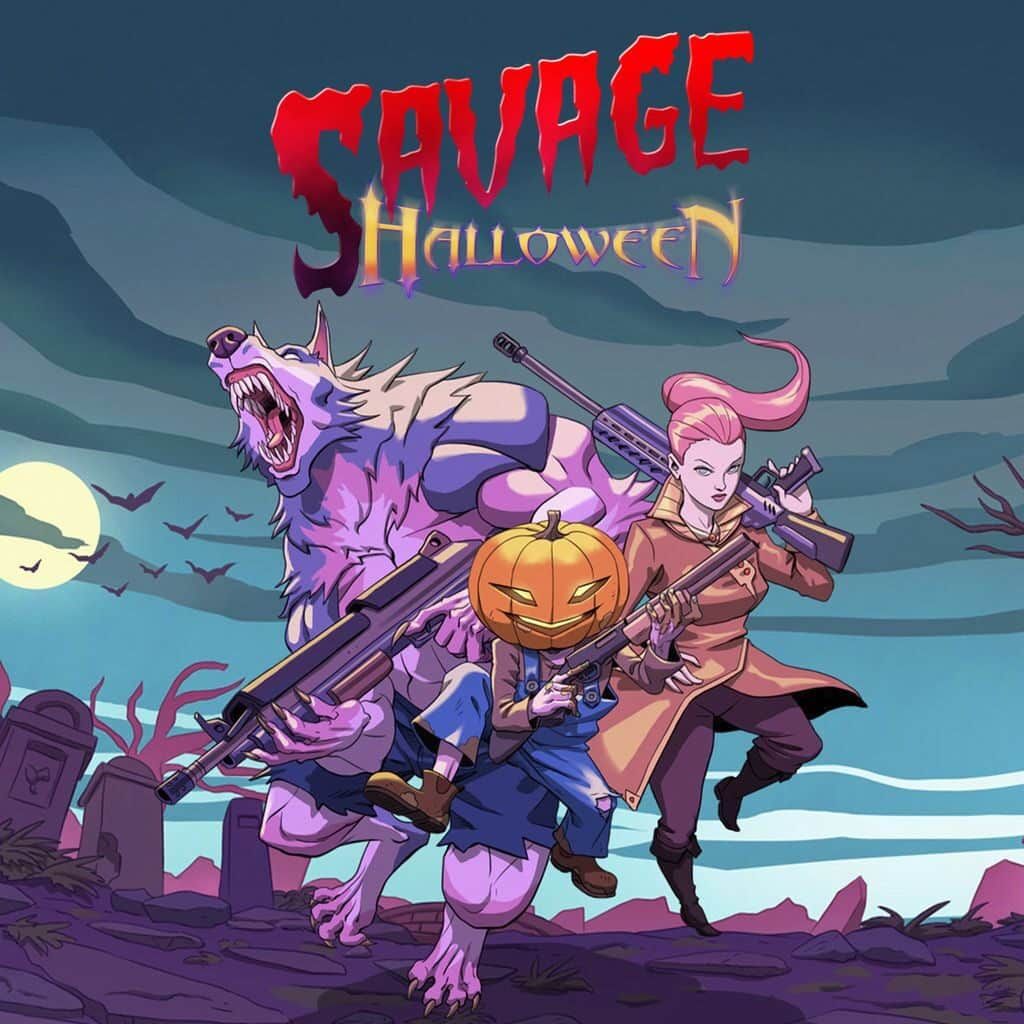 Savage Halloween is our last breath into this list as we present one extra run & gun shooter you may be interested in. The game’s story sees you controlling a pumpkin head tasked with cleansing the demons from this world.

Developed by a small team located in Brazil, Savage Halloween harkens back to the 8bit era, featuring moments that you may feel familiar with. So if you’re feeling nostalgic, and suddenly had the urge to fire up some of your retro consoles, it won’t hurt to give Savage Halloween a shot. It’s got everything you can think of from that golden era.

That’s it for the list. Thank you for reading.