The hack and slash genre was always a must-play for many gamers all over the globe. Whether you want to have some brainless fun slashing hordes of enemies in a Musou game or enjoy a more complex story-driven game, there is so much to enjoy under the genre.

The amazing PlayStation Portable was not short on Hack and Slash games offering a diverse library, and a powerful handheld system matching the mighty PlayStation 2 at the time. Today we are here to offer you the best hack and slash games on the PSP system, including amazing AAA exclusives and some of the most ambitious ports ever made. 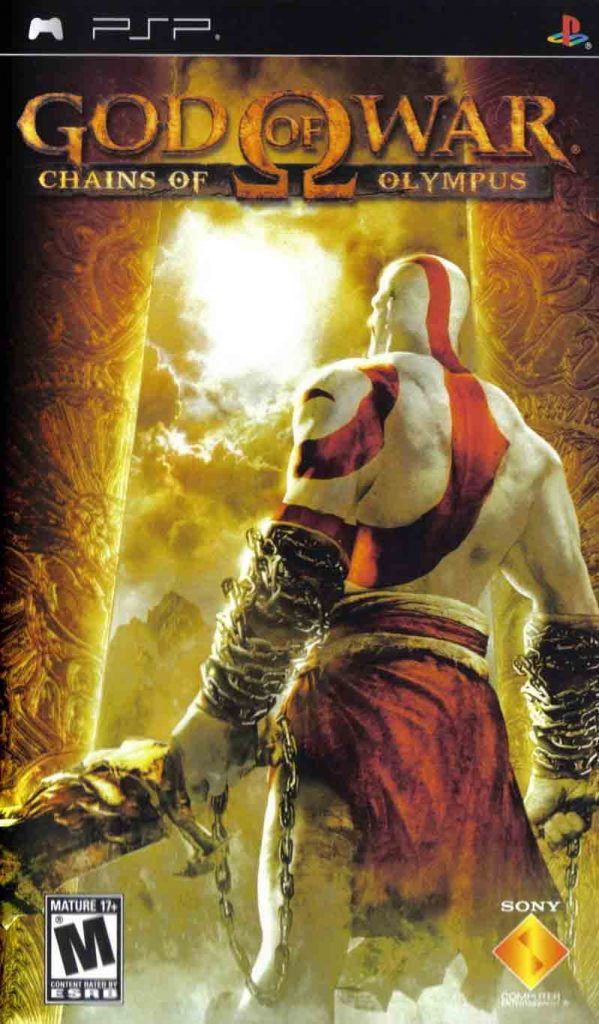 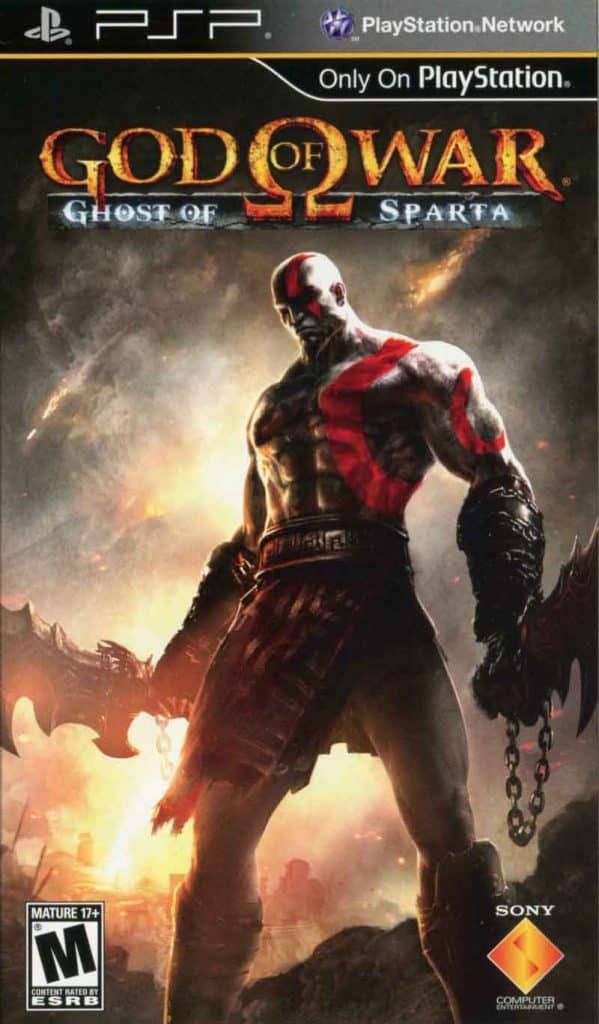 The God Of War dilogy on the PSP was a dream come true, developers made sure to deliver the exact same feel as the mighty Playstation 2 version both in terms of graphics and story. Both games serve as a prequel to the main story enriching the main story narrative and offering a new vengeful adventure of Kratos in the underworld.

Both games are seen from a third-person perspective offering a combo-based hack and slash gameplay with some light-to-mid puzzle elements. Most enemies encountered are based on greek mythologies including minotaurs, harpies, sphinxes, and many more. Just like in the main games, Kratos’s main weapon is the blade of chaos, a pair of blades attached to chains that serve as a long-range weapon. As the game progress, Kratos learn new abilities and acquire new weapons including swords and bows. Overall, the dilogy is a must-play on the system offering a tech demo of what the PSP is capable of and a new story for the God Of War franchise lovers. 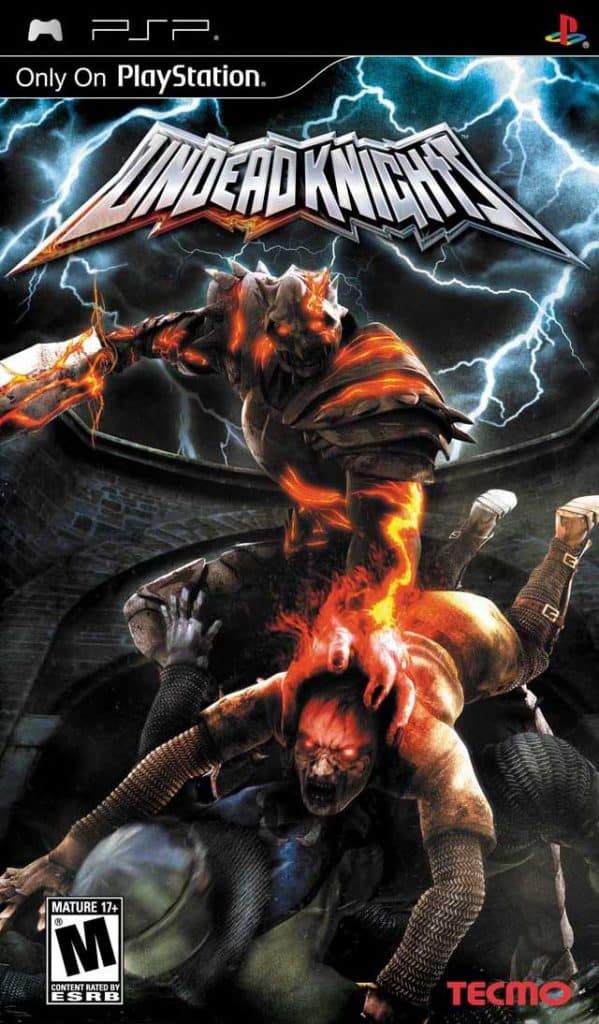 Undead Knights was a good surprise for many gamers including myself. The game follows the story of three members of the House Blood clan. As they were betrayed and killed by the evil king Kirk, the trio has been mysteriously brought to life as necromancers, thirsty for blood and revenge against the king and his soldiers.

The game is fairly similar to Musou titles offering a third-person view and hack n slash combat element.  Unique to the game is the ability to turn your enemies into zombies that can be ordered at ease to fight for you, break down structures, or even create bridges with their bodies. At the end of each stage, there is a boss encounter followed up by a CGI cutscene to enrich the story. The graphics are amazing for the time offering a dark and gritty art style and solid graphics models. On the whole, the game is well worth it to this day offering a very fun combat system and a short but sweet story. 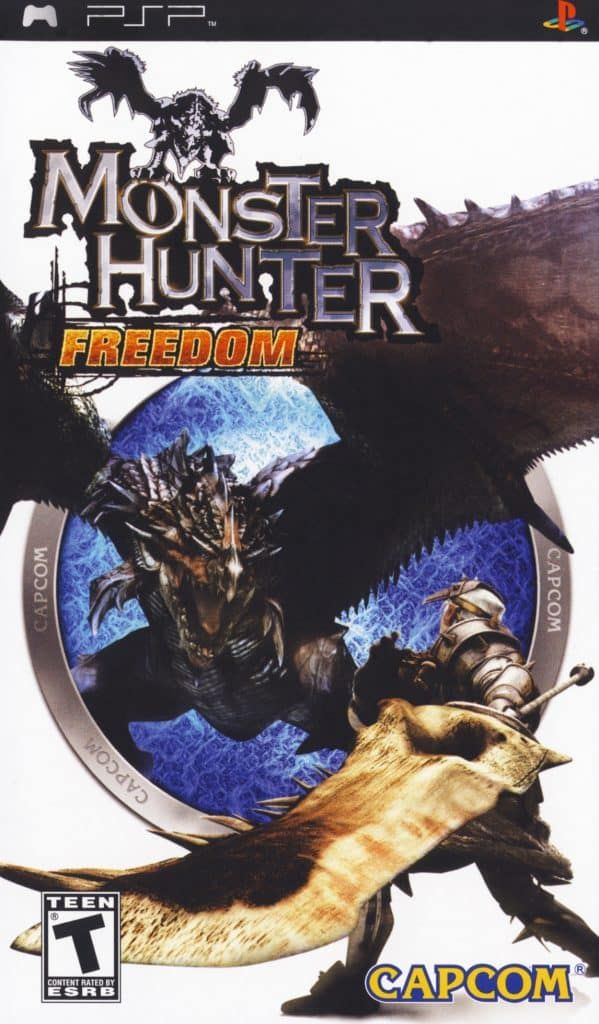 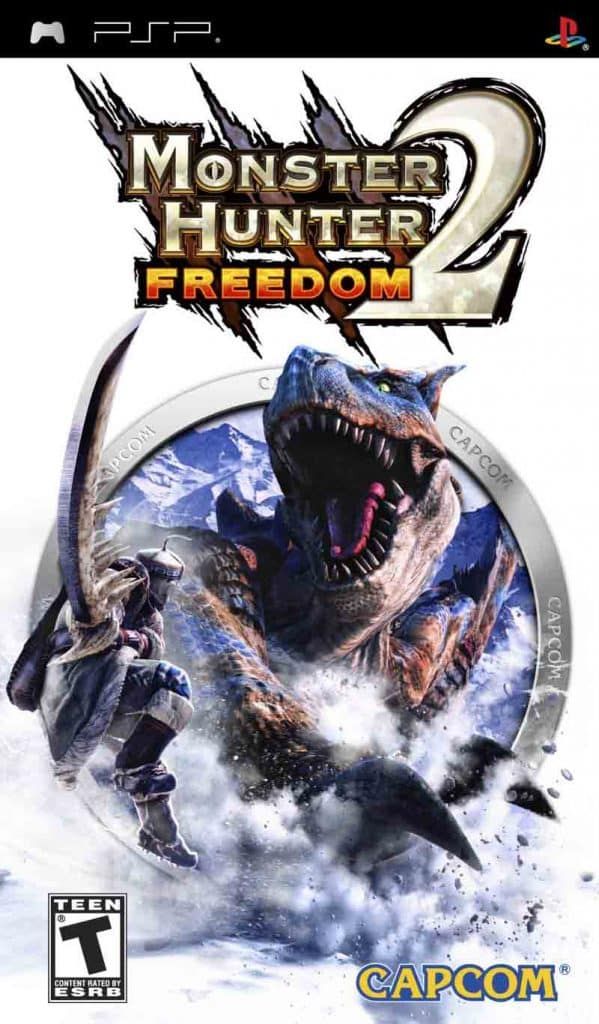 Monster Hunter Freedom 1 and 2 may look like simple hack and slash games but oh boy is it deep and complex. You start the game with a custom-made character where the goal of the game is…. guess what? yeah, hunting monster! You visit different areas hunting monsters and using their item back at the base as crafting materials, for example, you can craft a sword out of a dragon horn or even a full armor out of items gathered from different monsters.

After finishing, the tutorial the player is given a basic weapon and armor, in the village, you can take on various quests including fetching quest, hunting quest, and hunting the biggest of monsters in form of a boss battle. Outside of the quests, the player has pretty much the freedom to approach different locations and hunt down any monsters. On the whole, both games offer a solid action RPG experience with a complex yet very fun game system. 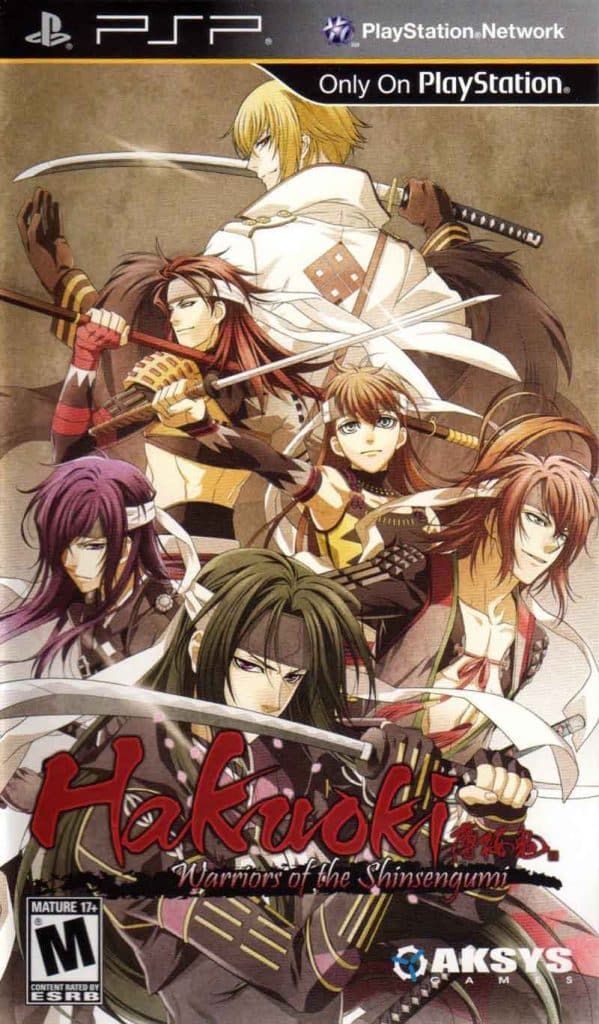 Hakuouki: Warriors of the Shinsengumi is a Japanese hack and slash game, the game takes inspiration from feudal japan mixed with some supernatural elements. The story follows members of the Shinsengumi (special police force) as they fight mysterious individuals with superhuman powers.

The gameplay is fairly simple offering a third-person hack and slash gameplay. There are up to 6 playable characters over the course of the game each with its own abilities and weapons-based combo. The objective of each stage is to defeat a certain number of enemies followed by a mini-boss encounter and finally the main boss. While the story is a bit lacking the gameplay is fairly decent offering a solid title for Musou and anime fans. 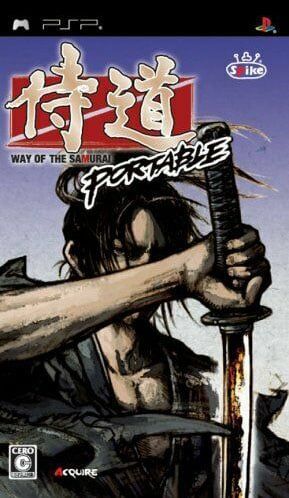 Way of The Samurai is a beautiful hack and slash samurai game offering an amazing look at feudal japan, and the struggle Samurai warriors faced during that era. You take control of a Ronin, visiting a new land he finds himself stuck in a bloodstained war between three rival Clans, each with their own motives and agenda.

The game is seen from a third-person view focusing both on narrative and sword combat. You roam different places of the city with a full night and day cycle and specific story events depending on the time and place. The story depends heavily on the player’s decision you can be extremely kind or even extremely evil, the choice is yours your action will determine which side you’ll eventually take, and finally, which ending you will get. On the whole, the game is nicely wrapped offering solid combat elements and a complex story to experience over multiple walkthroughs. 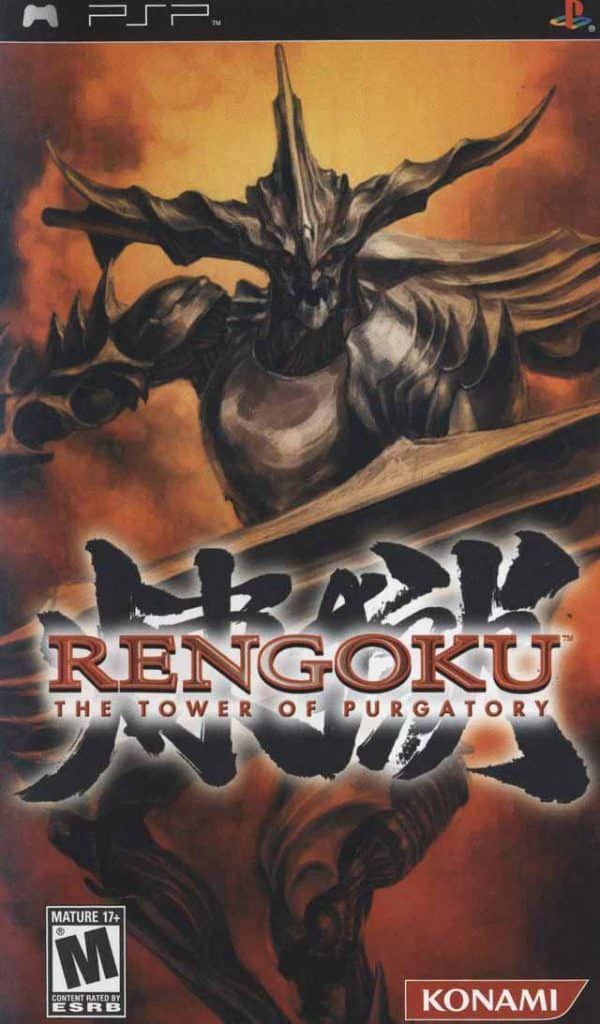 Rengoku: The Tower of Purgatory is a dark sci-fi hack and slash game. The game takes place in a dark and mysterious future where you control a humanoid android creature climbing a mysterious tower full of demonic androids.

The player controls a fully customizable android unit called A.D.A.M, you can fully customize the unit including the weapons on the hands, legs, and even the torso. The game mix elements of third-person shooting, hack and slash, and dungeon crawl. The main objective of the game is to climb the mysterious tower of Purgatory, each floor is randomly generated offering a different experience for each player and great replayability for multiple walkthrough fans. 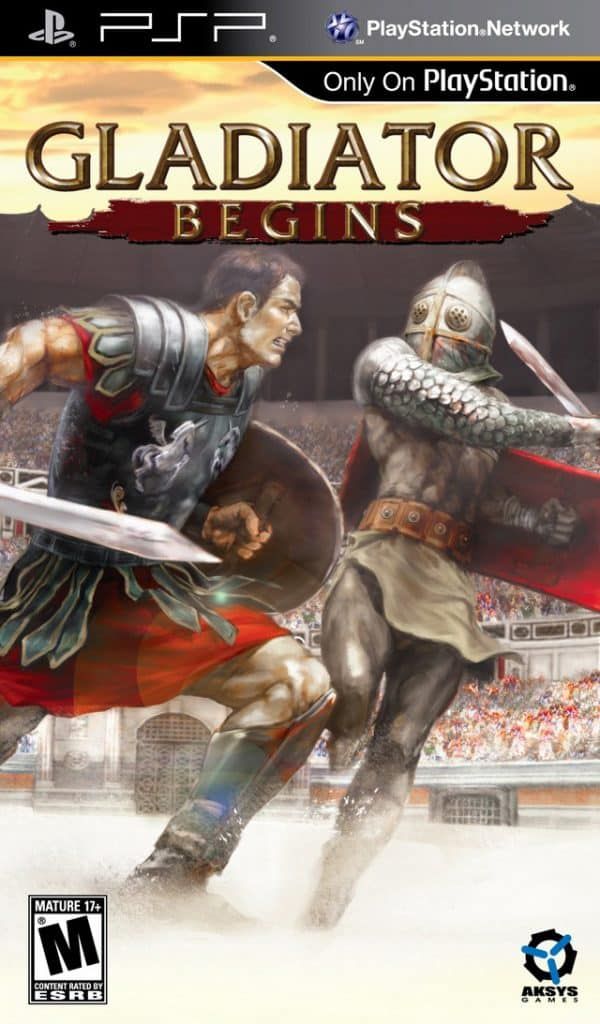 Gladiator Begins is a great example of a simple idea done right. The story takes place in ancient Rome where you control a slave looking for freedom through the glory of the Colosseum. The player participates in different battles on the colosseum, these battle varies from one on one battles up to death matches.

The game offers a fully customizable character, including armor, sword, spears, and many more. Also after each battle, the player can upgrade their gladiator vitality, strength, or endurance. The battle system focus on using a variation of offensive and defensive skills for example the player can use a sword in his hand and a shield in the other hand to deflect enemies’ attacks, or you can use a double sword and rely on dodging for defense. On the whole, the game is super fun and addicting especially when trying new weapons and techniques. 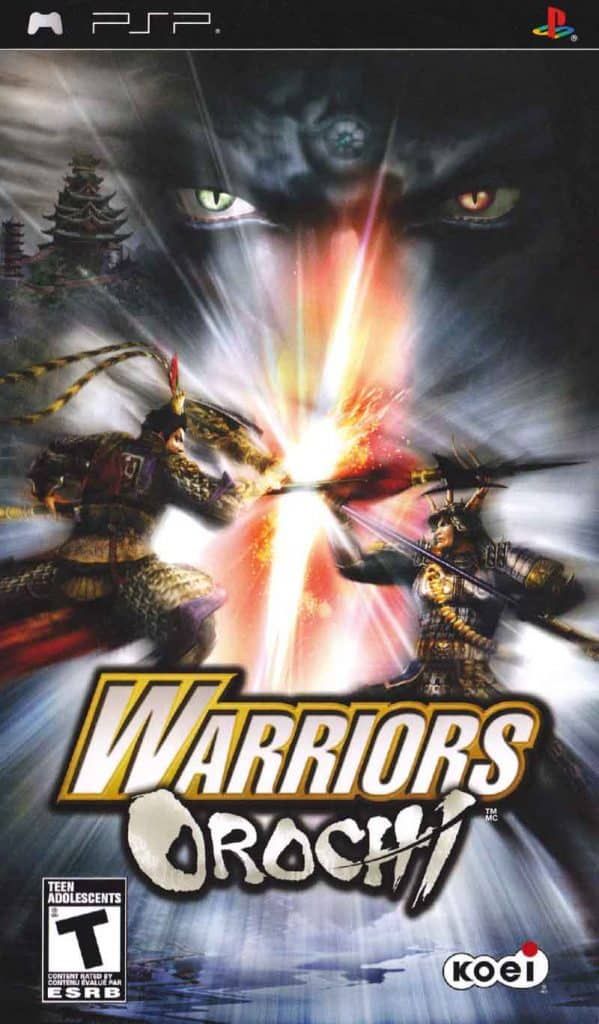 Warriors Orochi is a fun Musou game combining the cast of Dynasty Warriors and the Samurai Warriors franchise. The story starts when the evil king Orochi opens a rift in time and space combining the world of the three kingdom eras and the warring state period.

The game is presented through four separate subplots each where the player controls a faction of warriors. Up to three players can be chosen at the beginning of each stage, the player can change between these players at ease during combat. Just like your typical Musou games the game is presented from a third-person perspective, where the player fights off hordes of enemies while completing certain conditions to advance. Overall, the PSP port is almost identical to its console counterpart offering your typical Musou experience in the palm of your hands. Ghost Rider is a well-crafted translation of the well-known marvel comics. The game follows the story of a stunt man named Johnny Blaze, after certain events Johnny sells his soul in exchange for demonic powers. Now fueled with anger and vengeance the Ghost Rider embarks on a bloody journey.

The gameplay shares huge similarities with titles like God Of War and Devil May Cry. The player controls the ghost rider as he takes on hordes of minions with his demonic chains. Exclusive to the PSP version a racing mode featuring the ghost rider and other casts from the Marvel universe, the racing system is identical to titles like Mario Kart where you use boost and traps all over the course. Overall, the PSP port was well presented with additional contents and amazing graphics for the time. 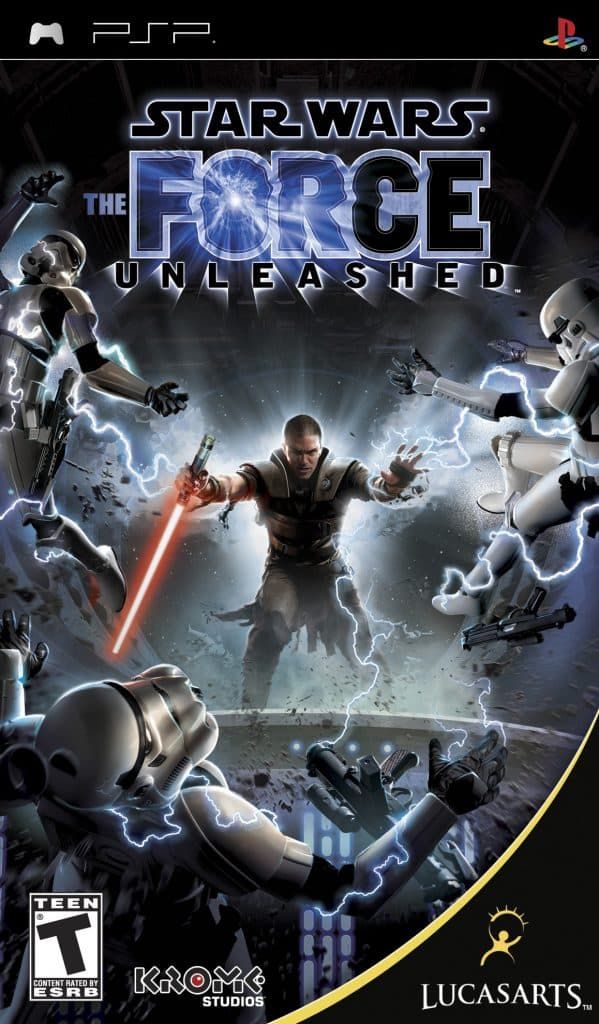 Star Wars The Force Unleashed is an action-adventure game inspired by the Star Wars franchise. The game follows the tale of Starkiller the secret apprentice of Darth Vader, Darth orders the new apprentice to chase down Jedi survivors over the galactic empire while keeping his secret identity.

The game is seen from a third-person perspective where the player uses a variety of light saber hack n slash combat and The Power to push down and squish the enemies. Also, the game offers some RPG elements such as experience points that can be used to unlock new skills and upgrade the character’s stats. While the PSP version is inferior to other versions graphically, the amazing gameplay makes up for it big time! Warriors of the Lost Empire is a hack and slash action RPG, the player takes control of one of several playable characters discovering dungeons full of dangerous monsters. The game is seen from a third-person perspective where the goal of each stage is to reach the exit, you can do this by defeating enemies using a combination of swordplay and spells.

Through the dungeon, the player can gather different items including potions and crafting materials. The player can also sell items to purchase upgrades from other NPCs. Four playable characters are available each with its own unique abilities and skill set. Generally speaking, the game does a good job combining elements of RPG and hack and slash genre into a nicely wrapped package. 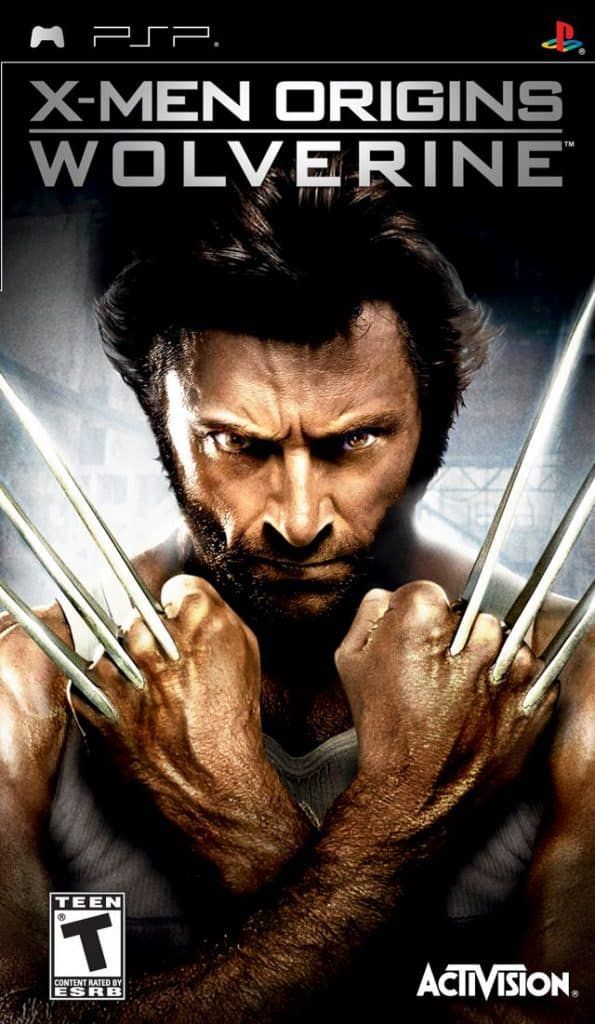 X-Men Origins: Wolverine is one of the few licensed games that nailed it, the game captured the feel of the movie and more with exclusive story contents. The game follows the story of Wolverine a vicious fictional character from the Marvel comics.

The PSP port takes a different approach with simple heavy and light attacks and a top-down view. At each stage the game throws a bunch of enemy NPCs at you to beat, you can do this by smashing the attack button and performing various combos, also the player can build up a rage meter to unleash a slow-motion mode killing enemies at ease. Overall, the port is well worth it if you can overlook the downgraded graphics.