The PlayStation Portable has always seemed like the perfect place for 2D and 3D platformers. With a humble library of genuinely entertaining titles from the genre, PSP was the only serious handheld to tackle the Nintendo DS’ enormous collection of platformers. Yet, despite the former’s potent hardware capabilities and attractive design, the PSP couldn’t manage to be a welcoming place for other genres such as Metroidvania.

However, if you’re seeking the best platformers on the PSP, fear not, you’ve come to the right place as the system has games that will quench the thirst of every platformer enthusiast. Thanks to its memorable collection of games, players will find themselves coming back to the games mentioned even after decades of their initial release.

Collect the items, jump across various platforms and come read about the Best PSP Platformers. There are 2D and 3D platformers here for you to discover. 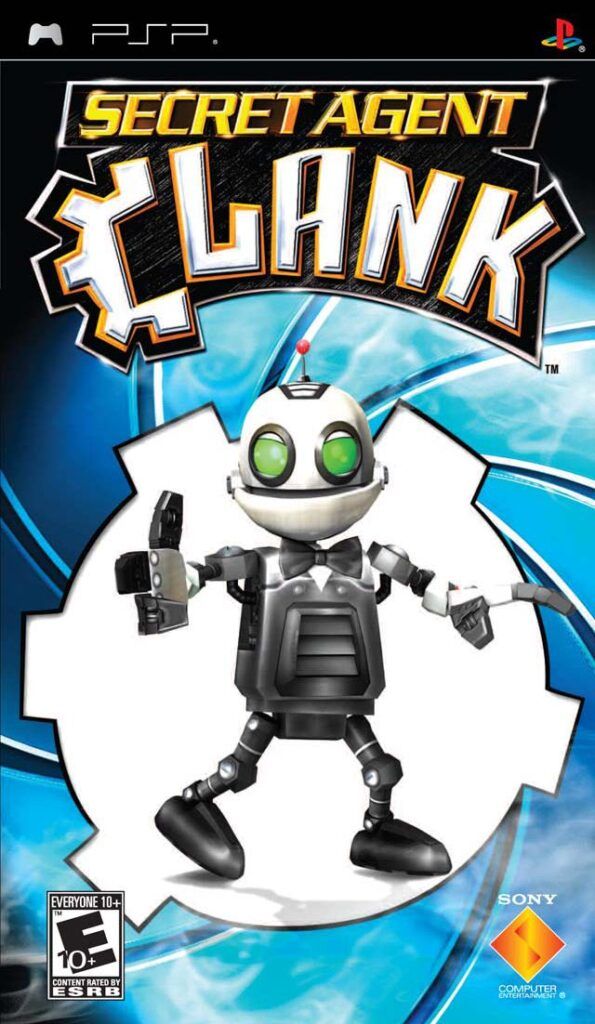 Secret Agent Clank is a genuinely great 3D platformer with a distinctive personality that sets itself apart from its peers in the genre. Acting as a spin-off to the critically acclaimed Ratchet & Clank franchise, players take on the role of agent Clank (who pretends to be James Bond) on his mission to rescue his buddy, Ratchet from prison.

The game prides itself on its blend of multiple ideas. Including action-packed third-person shooting, rhythm missions, puzzle-solving, mini-games and solid platforming. Elements that make the game an over-the-top action to blast your way through. What’s more, the top-notch humour and graphics that make use of the PSP hardware capabilities make Secret Agent Clank a highly recommended game on this list. 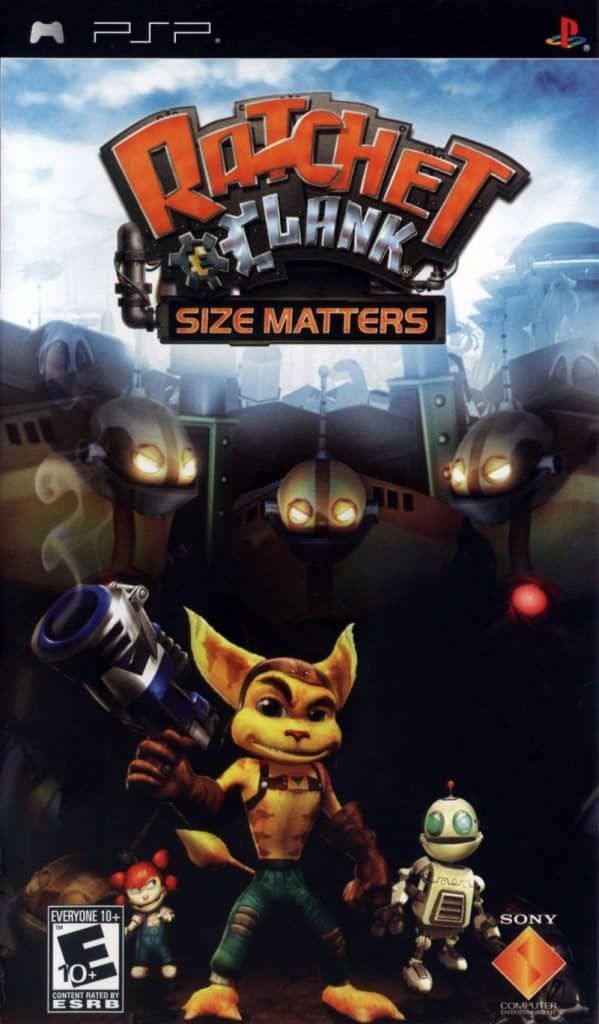 Ratchet & Clank: Size Matters is the second game to land on the PSP, as well as, the second game to be developed by High Impact Games. The story sees players once again venturing with Ratchet and his sidekick, Clank to different planets, beating baddies to death and accomplishing missions. That’s what heroes do after all, right?

The gameplay is pretty much identical to previous instalments in the franchise. Ratchet wields a mechanical wrench which he uses to beat enemies. As players progress further, they unlock various futuristic weapons, which power up if players use them frequently.

We wished that the trend of high-quality platformers on the PS2 receiving spin-off instalments would have continued, but we can always make do with what’s available. 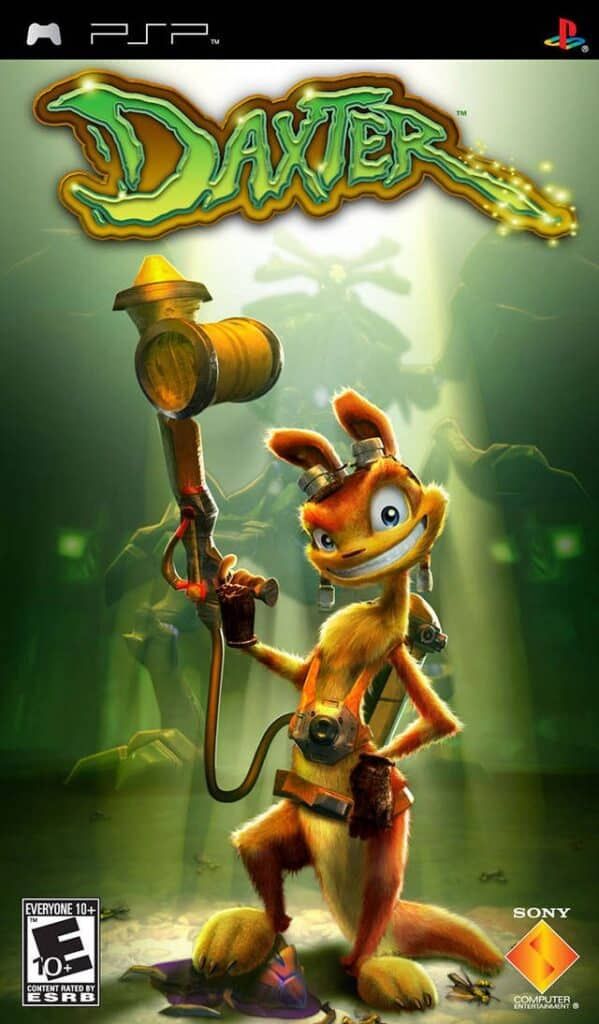 Daxter is yet another solid 3D platformer based on a fantastic series, Jak and Daxter. This time around, the game’s main focus is all on Daxter and his courageous mission to rescue Jak from the hands of the dictator baron, Praxis. The game recounts the events that led to Jak 2, it follows Daxter taking various jobs to gain information about the whereabouts of his captive buddy.

With an utterly charming atmosphere, excellent platforming stages and a cute character to control, Daxter is a worthy fit for the PlayStation Portable. Fans of the genre will find themselves enthralled with this game the moment they boot it up. 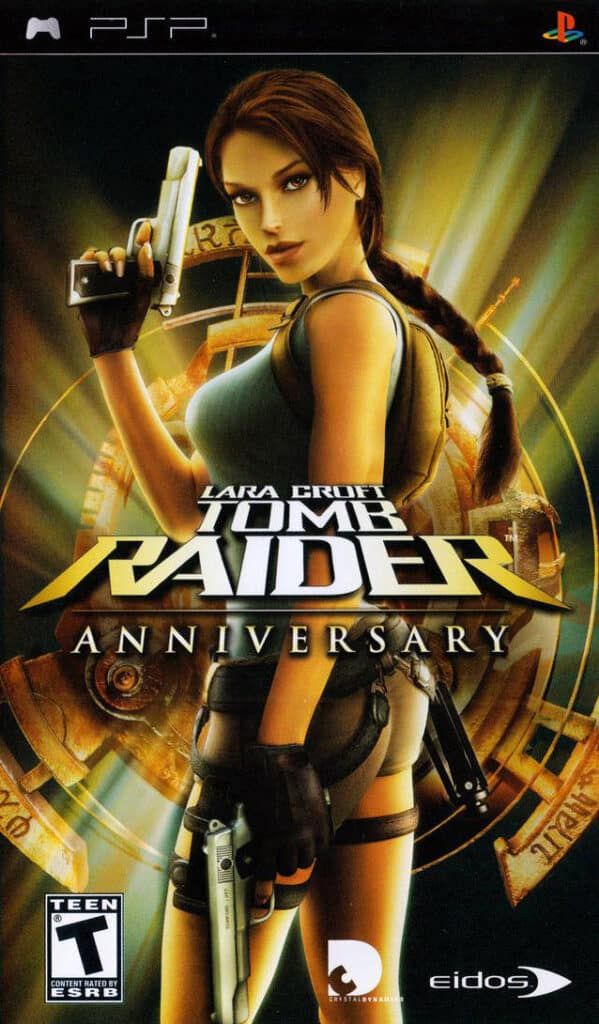 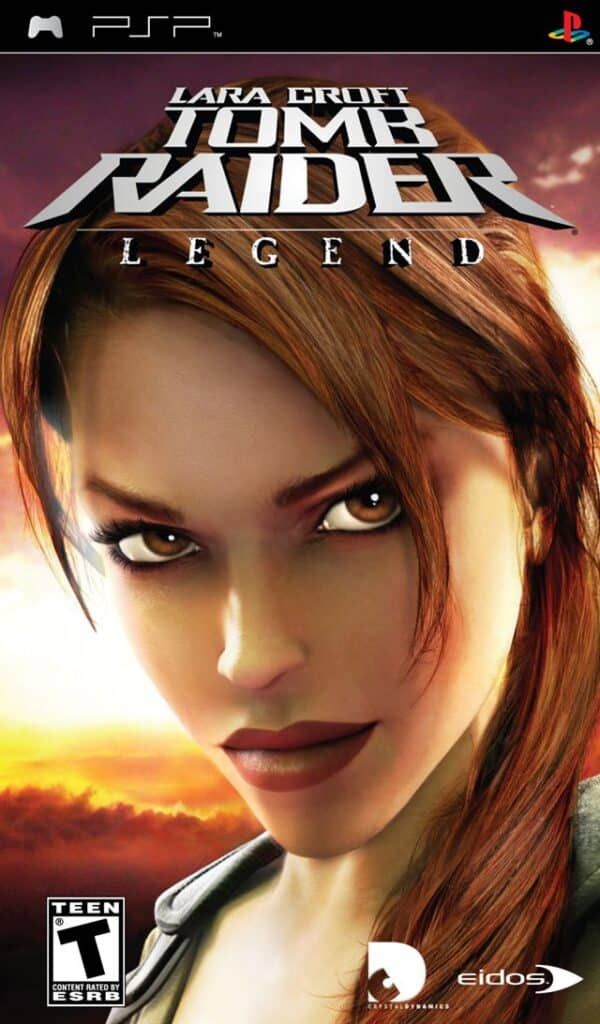 Tomb Raider: Legend and Anniversary are both some of the best action-adventure games to ever be ported to the PSP. The graphics, animation, and peculiar atmosphere of the games are sublime for the PSP. The blend of action-packed shooting with platforming and puzzle-solving sequences makes both of these games a fitting mention in this list.

While many may argue that Tomb Raider is essentially not a platformer, but more of an action-adventure game, Anniversary and Legend feature some serious platforming levels — which see Lara jumping from one corner to another, or making use of her grapple to reach corners she cannot possibly do with a jump. Additionally, Lara does collect items she stumbles across, which is one of the core elements of the platforming genre.

Tomb Raider: Anniversary is a remake of the classic Tomb Raider initially released in 1996. The game’s controls have been completely overhauled, providing the player with a solid Lara to control. However, what makes Tomb Raider: Anniversary and Legend timeless classics is the charming atmosphere that sees players discovering tombs, and solving puzzles while gazing at magnificent lost civilizations. 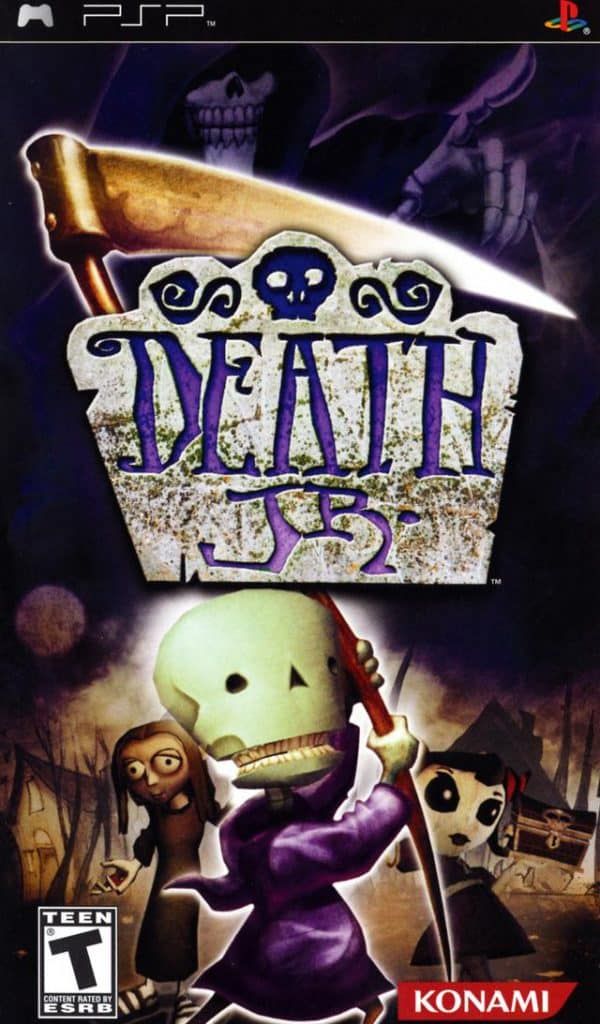 Death Jr will certainly please fans of cute little personifications of the Grim Reaper — it may not reinvent the genre, nor introduce anything new to the table, but it’s mostly entertaining for enthusiasts seeking an enjoyable platformer on the system.

Fans of Tim Burton’s  The Nightmare Before Christmas may be interested to take a look at this one. As Death Jr, explore your identity as you hack your way through numerous minions that stand in your way. Similar to Ratchet & Clank: Size Matter, Death Jr’s focus lies within its light platforming levels and amusing combat that suits all ages. 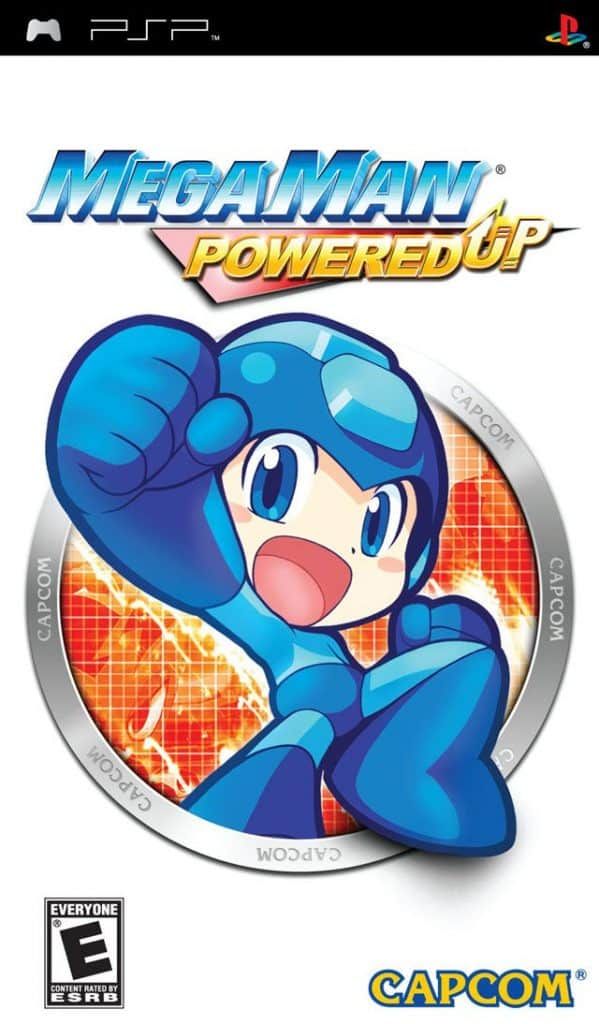 Mega Man Powered Up is a remake of the original Mega Man (1987) built entirely from the ground up for the PSP. The visuals have been entirely overhauled from 8-bit pixelated graphics to an attractive chibi art style that makes everything adorable to look at.

The change in the visuals makes all levels feel freshly new despite following the original game’s pathways. And with a forgiving difficulty curve this time around, newcomers will find the game pretty easy to blast their Mega Buster through. When it comes to genuine remakes, Mega Man Powered Up takes the cake. 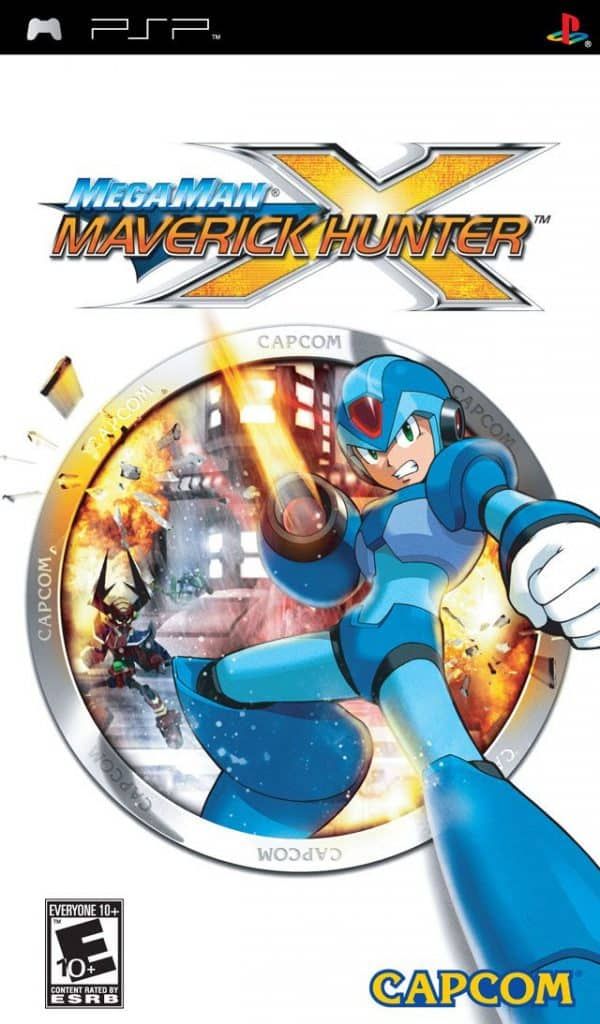 Mega Man Maverick Hunter X is a remake of yet another instalment of the blue bomber, Mega Man X (1993). The remake brings the classic with a new fresh coat of paint, overhauling the visuals, controls and overall feel of the game to fit perfectly with the PSP.

Its beautiful 2.5D presentation along with the sleek textures all make Mega Man Maverick Hunter X an entertaining experience for newcomers and old-time fans of the genre to enjoy. 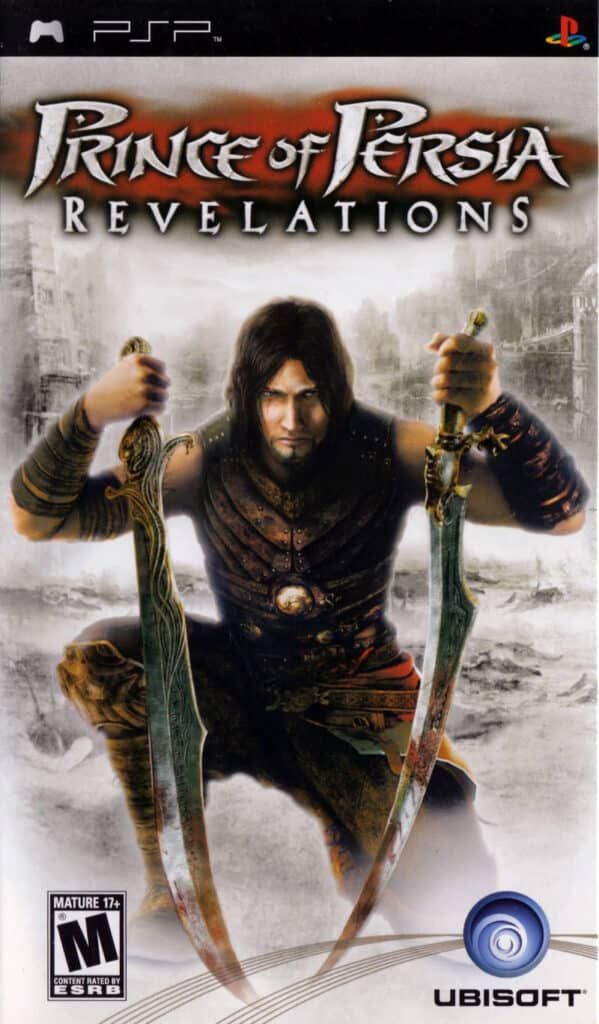 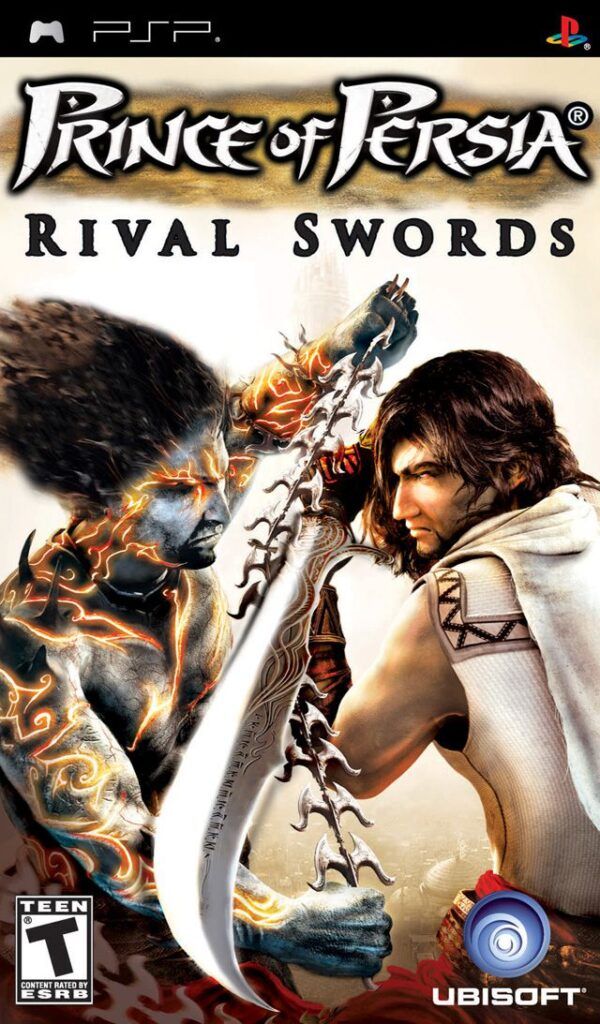 Prince of Persia: Revelations and Rival Swords are two ports of the critically acclaimed duology from the PS2 bygone era — and part of one of the best series to come from Ubisoft, The Sands of Time Trilogy.

At the time of its release, Prince of Persia has been one of the flagships of Ubisoft alongside other classics such as Rayman and Tom Clancy’s Splinter Cell. Way before Assassin’s Creed was a thing, this series was the way to go. Intense action hacking and slashing gameplay, smooth platforming levels with parkour elements, and a fantastic steady stream of soundtracks kept the gameplay fresh and constantly new. It’s quite a shame that the series has been put into a coma, but you never know if Ubisoft has any plans to revive the series. 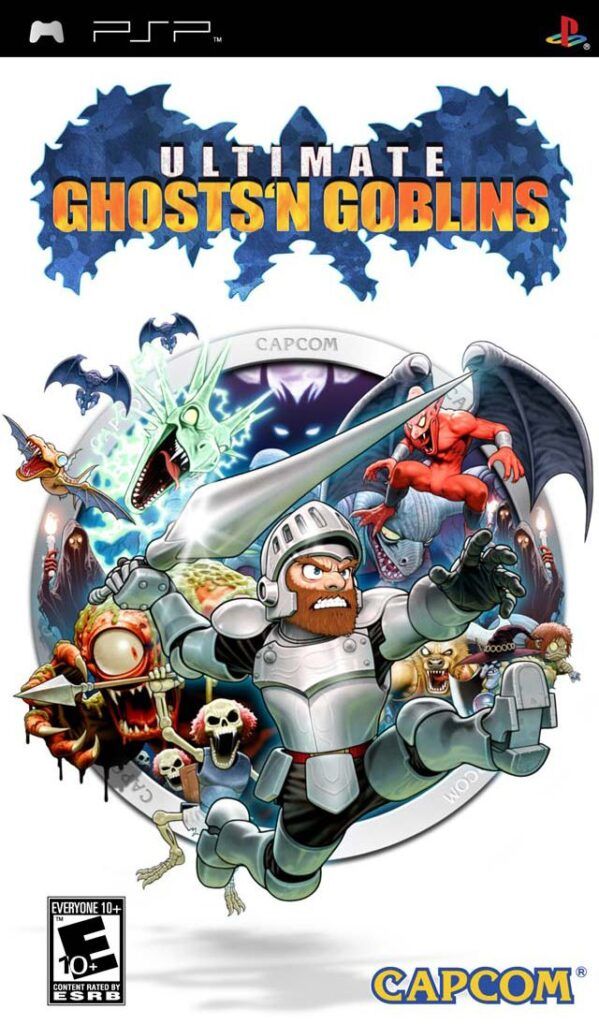 Ultimate Ghosts ‘n Goblins is a fiendishly difficult 2D game from the minds that brought you excellent platformers such as Bionic Commando. If you thought Cuphead or Dead Cells were brutally unfair, Ultimate Ghosts n’ Goblins will slap you in the face. One could argue that the game belongs in hell because that’s where it probably came from.

However, unlike the original, this re-imagined release is fairly designed. In the sense that, it doesn’t punish you for being new to the series. For newcomers who want to get their socks wet, Ultimate Ghosts n’ Goblins is the first game they should pick up.

Ultimate features a wealth of new additions that make the game a step above its predecessors. One of these new additions includes new interesting power-ups, weapons, fancy armours and new spells to cast upon enemies. All of this makes King Arthur a potent warrior capable of easily taking on the demonic army. 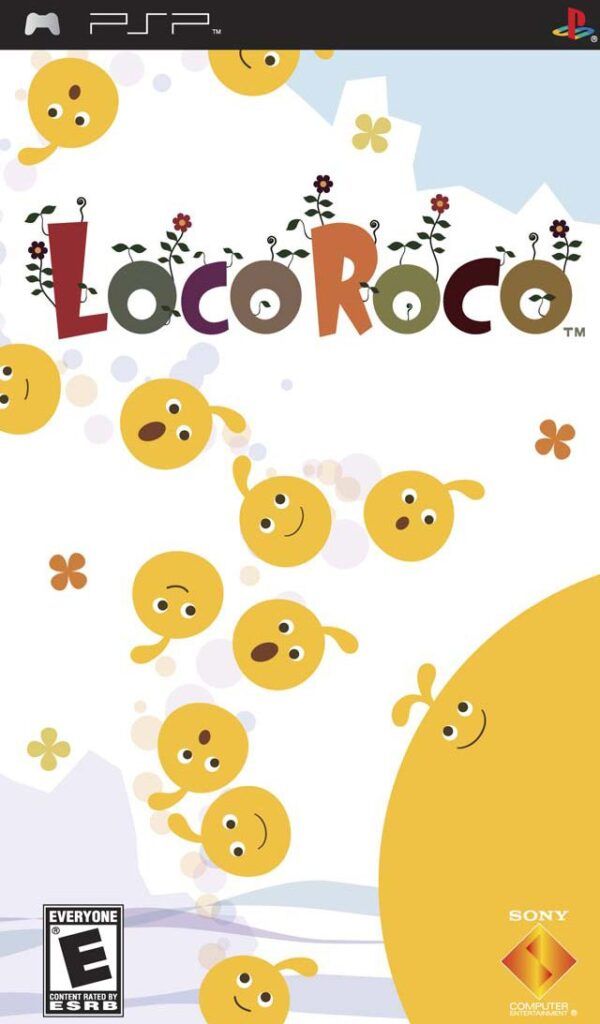 LocoRoco is a relaxing 2D platformer that suits all ages. Brought to you by Japan Studio, LocoRoco’s unique beautiful atmosphere and simple platforming design philosophy makes it worthy of mention on the list. The game isn’t shy about showing how simple it is, because that’s what makes it shine.

Players take on the role of yellow blob species known as The LocoRoco. Their quest is to bring back the happiness that’s been stolen from them after the aliens invaded their small happy world.

With unique controls that make use of the PSP’s hardware capabilities, players can tilt the screen to move their characters. The game is best played on the original hardware rather than emulators for a real experience 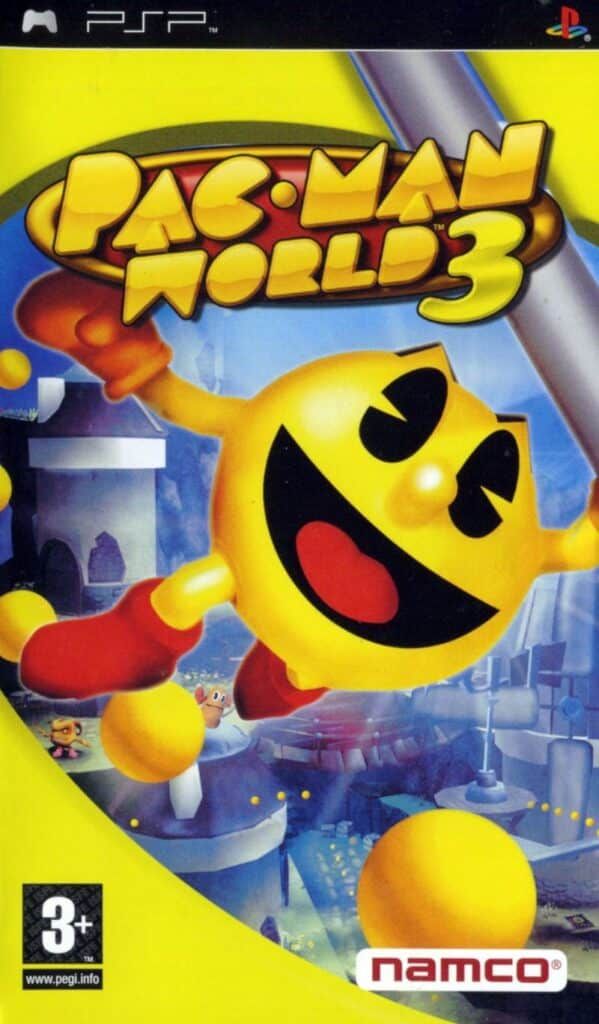 The third game is a step above its predecessors, placing an emphasis on action, combat, and platforming while still retaining most of the elements that made the previous instalments fun to play. 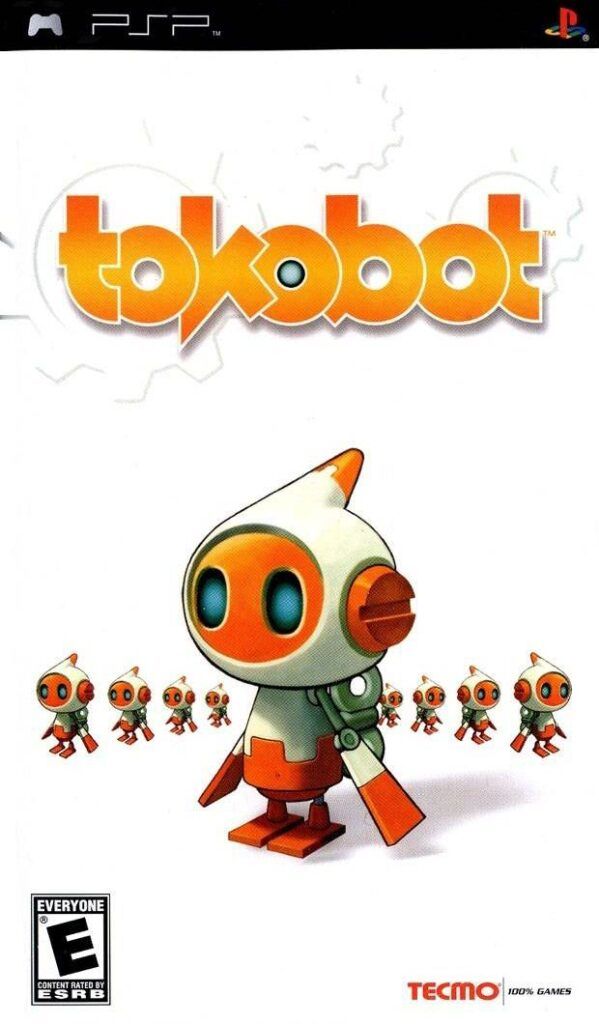 Tokobot is a hidden gem 3D platformer developed and published by Tecmo back in 2005. Its unique gameplay which sees you venturing through levels with the help of cute little robots is reminiscent of Nintendo’s Pikmin series.

With the help of your robot friends, you can assume different crucial formations. For instance, a shield,  a straight line you can use either as a ladder or to slam enemies with it and more. It is not a mind-blowing game by any means, but for those seeking an obscure platformer on the PSP, Tokobot is the one. 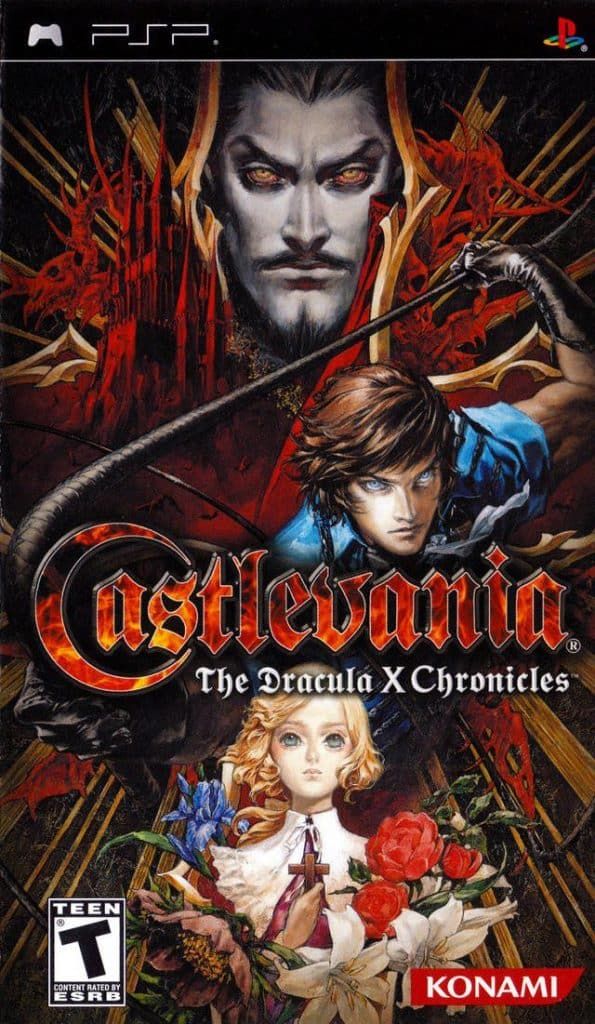 Castlevania: The Dracula X Chronicle is a remake of Castlevania: Rondo of Blood, previously released exclusively in Japan. At the time of its release, Konami has been generous enough to rework the entire game to 2.5D along with translating the game to English, making the game accessible to those who missed the chance to try the original.

In addition to this, Konami has slipped inside a port of the critically acclaimed Castlevania: Symphony of the Night. Having two incredible games in one package is more than enough to earn these two a place on this list. Fans of platformers should definitely check this game out. It’s worth every second of their playthrough.