Among other developers in the gaming industry, Suda 51 is a peerless creator that is a master at mixing humour with twisted storylines. Known as Goichi Suda, Suda 51 isn’t afraid of experimenting and delivering pretty much what you’d have a hard time finding elsewhere. His games are always loaded with references to other forms of media, either from comics, films, retro games or even music.

Suda 51’s foray into the gaming industry began with Human Entertainment back in 1993. His first task was directing and writing the story mode for Super Fire Pro Wrestling 3, which turned out to be a major success, resulting in a strong following one year after. Other Goichi Suda titles such as Moonlight Syndrome were also part of his success that helped him gain some popularity in Japan. Such a series of consecutive successes made him found his own company, Grasshopper Manufacture.

Here is a list of the best Suda 51 games ever made. Once you play one of these games, you’ll have a hard time forgetting about their existence.

No More Heroes franchise is Suda 51 at his peak. In many interviews of his, he prefers to describe the making of such a classic as ” it’s like taking a dump in the toilet.” The first game in the series originally debuted on the Nintendo Wii and went on to spawn a much better sequel that improved upon the flaws of the first game.

The gameplay in the series is incredible and addicting. You are Travis Touchdown, an otaku assassin who has to slice his way to the top. The story is wacky, but not to the level one would consider it a joke. The soundtracks are fantastic, and it helps to note that each game has a different feel to it, making each title unique from another. The latest entry in the series (No More Heroes 3) is also nothing short but amazing, and if you’re a fan of the hack and slash genre, there’s no reason for you not to delve right into this seductive franchise. 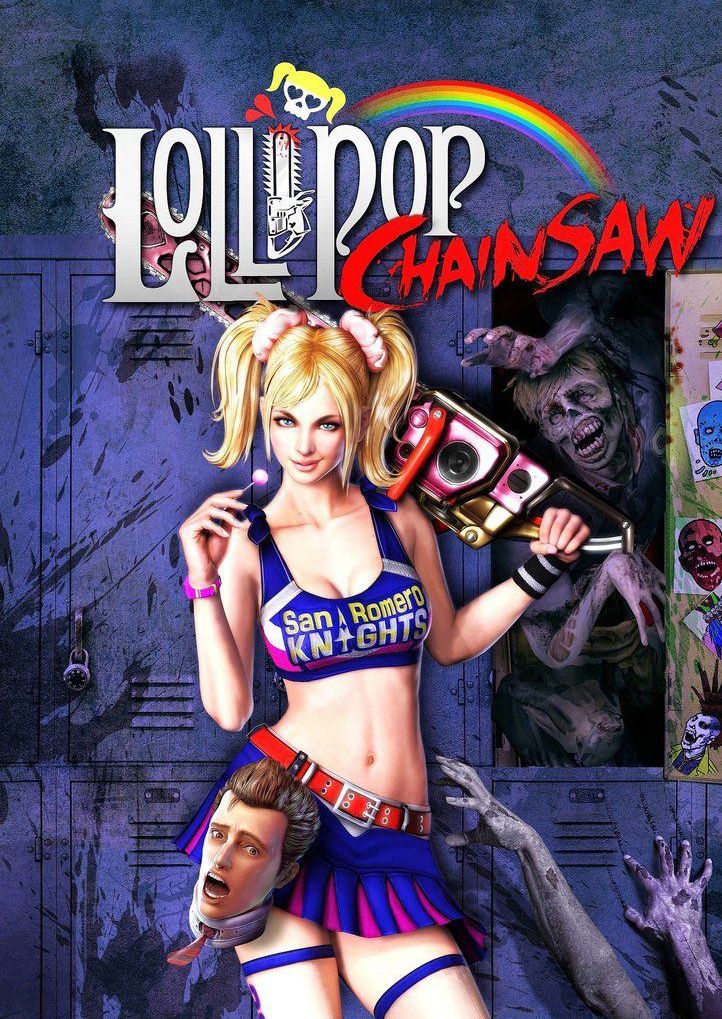 Lollipop Chainsaw also represents Suda in his glory days, and also a period where two incredible writers collaborated together, Goichi Suda and James Gunn. A deadly duo, right? This is a hack and slash title starring Juliet Starling, an energetic high school young blonde girl loaded with an adorable-yet-lethal chainsaw and her boyfriend’s beheaded head behind her. On her birthday, the school she attends to has been raided by zombies out of nowhere, so it’s up to her to save the day.

Similar to No More Heroes, Lollipop Chainsaw’s gameplay is nothing short but fun. The combat system is simple but not too simple to the point where one can call it a button masher. As Juliet, you slice and tear through zombies like a walk in the park. A nice touch to the game is the exploding colours when the player is striking zombies non-stop. Killing up to 4 zombies results in an instant short screen where the crowd cheers Julliet, and it just looks fantastic. While the story can be short, the game offers replay value.

Killer is Dead is another action hack and slash game released back in 2013. It’s a much dark experience compared to Lollipop Chainsaw and No More Heroes, incorporating a deep storyline with pretty mild adult stuff and humour. The mature content may not please everyone, but thankfully, it’s optional.

The game’s story puts you in the shoes of Mondo Zappa, a  professional executioner at eliminating targets. He is armed with a cybernetic gun arm and a sharp katana that can cut through-hardened steel. As you would expect from a Suda 51 game, Killer is Dead is a blast. The game has a unique combo-building system that rewards those who enjoy executing a series of consecutive combos. Boss battles are also incredible with some memorable quotes that’ll remain inside your memory for a while. 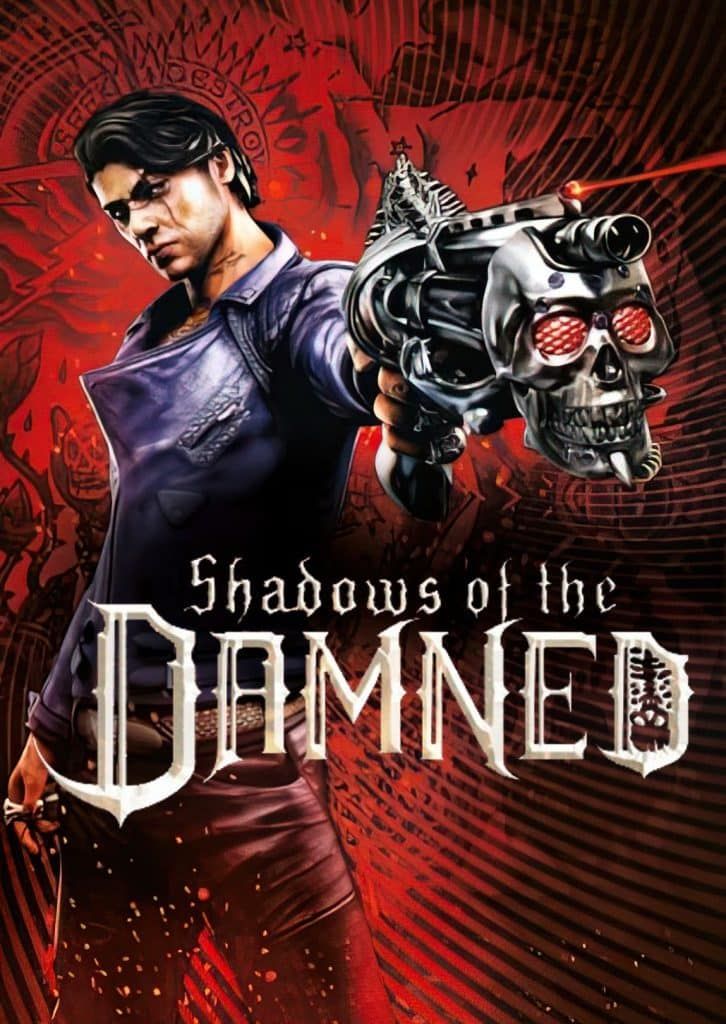 The game’s action is a fantastic ride, but what makes it recommended is its blend of wacky humour and elements of survival horror. It’s hard to not crack a smile at what’s happening all around you, and if you’re already a fan of Suda 51, you won’t be disappointed at what you’re going to get yourself into. 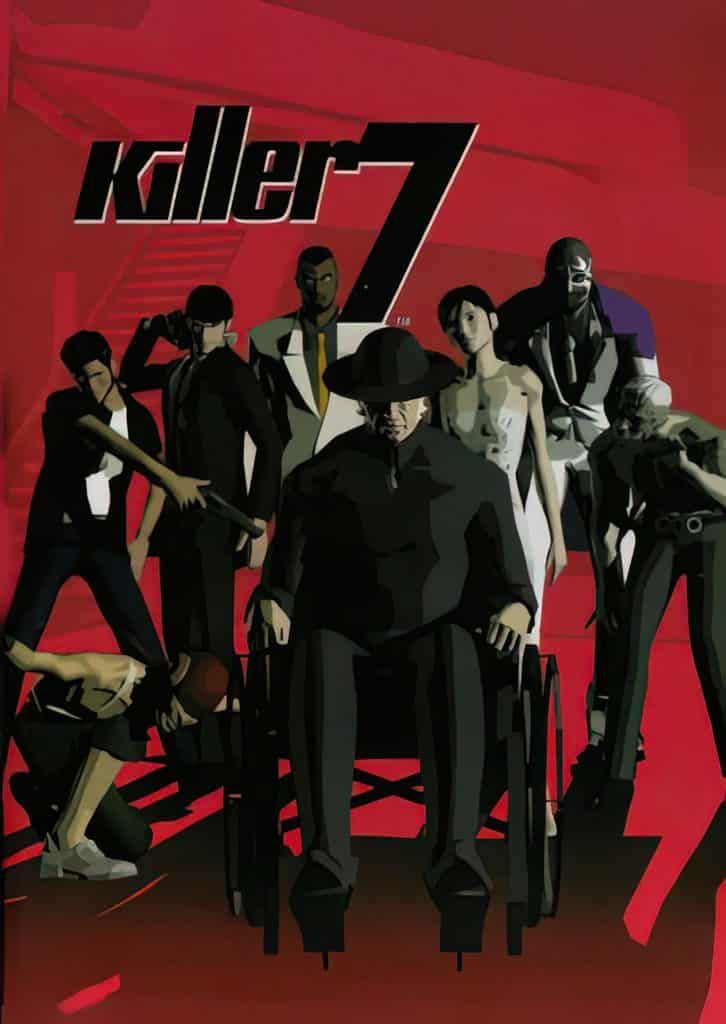 Killer 7 is considered to be the second game by Suda to be released outside of Japan, right after Michigan Report From Hell. To this day, the game is still a cult classic due to its bizarre atmosphere, unpredictable plot, and fantastic art style the game is known for. It’s also worth mentioning that Killer 7 was the first collaboration between Suda 51 and Shinji Mikami at the time.

The game has you playing as seven assassins, each with their own personalities, weapons and skills. Personalities can be changed at any time to tackle strong foes and solve puzzles. Each character is a badass, but I feel Dan Smith is the best among the 7. Fans of Suda 51 will feel right at home with Killer 7, the cel-shaded graphics make it up to today’s standards, and the story will suck you in before you know it. 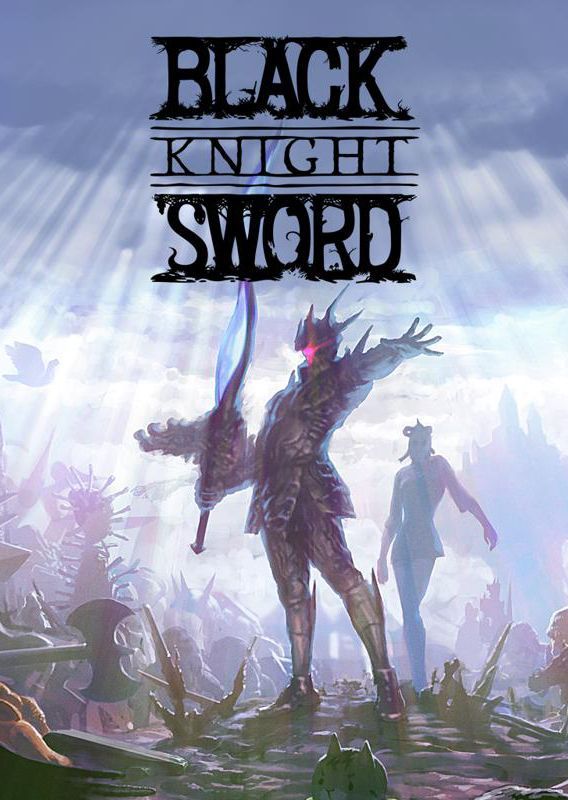 Black Knight Sword is probably Goichi Suda’s take on the side-scrolling formula, and quite honestly, it’s quite impressive. Released to Xbox 360’s Live Arcade and PlayStation 3’s PSN back in 2012, Black Knight Sword is a hidden gem that probably flew under your radar. It is a bizarre adventure with hack and slash elements along with incredible visuals that resemble that of the old Japanese Kamishibai art style.

Black Knight Sword is a throw-back to old-school classic side-scrolling games in which players take on the role of a Black Knight. Armed with a peculiar sword, he dives into a quest seeking to defeat the white princess. Do not be fooled into thinking this will be a Disney-like adventure as the game is fraught with merciless creatures that’ll put your skills to the test. 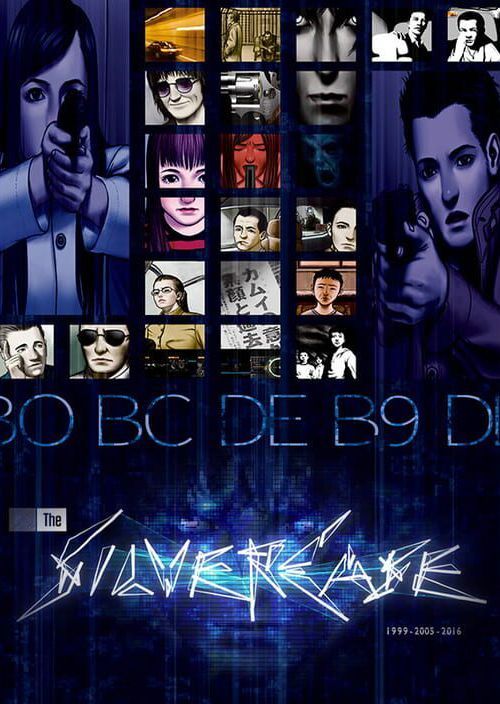 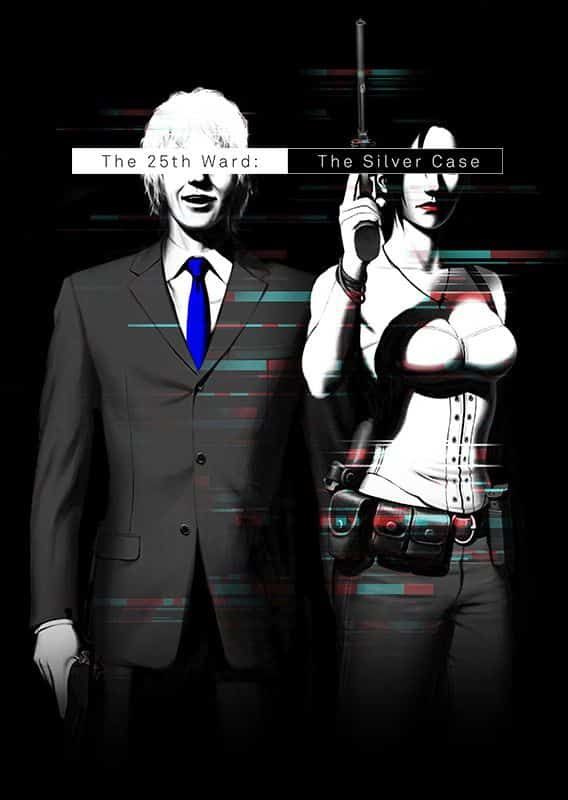 The Silver Case, although originally released exclusively in Japan, managed to generate some interest in the West and Asia, which led to its release outside of Japan years after. Fans of visual novels will feel right at home with The Silver Case, and its sequel, The 25th Ward.

Even if you haven’t played a text-based game before, the story will certainly pique your interest. The Silver Case is a murder mystery video game loaded with plot twists and unpredictable moments. Goichi Suda’s expertise in storytelling makes his writing stand out from the horde, therefore remaining up to today’s standards. 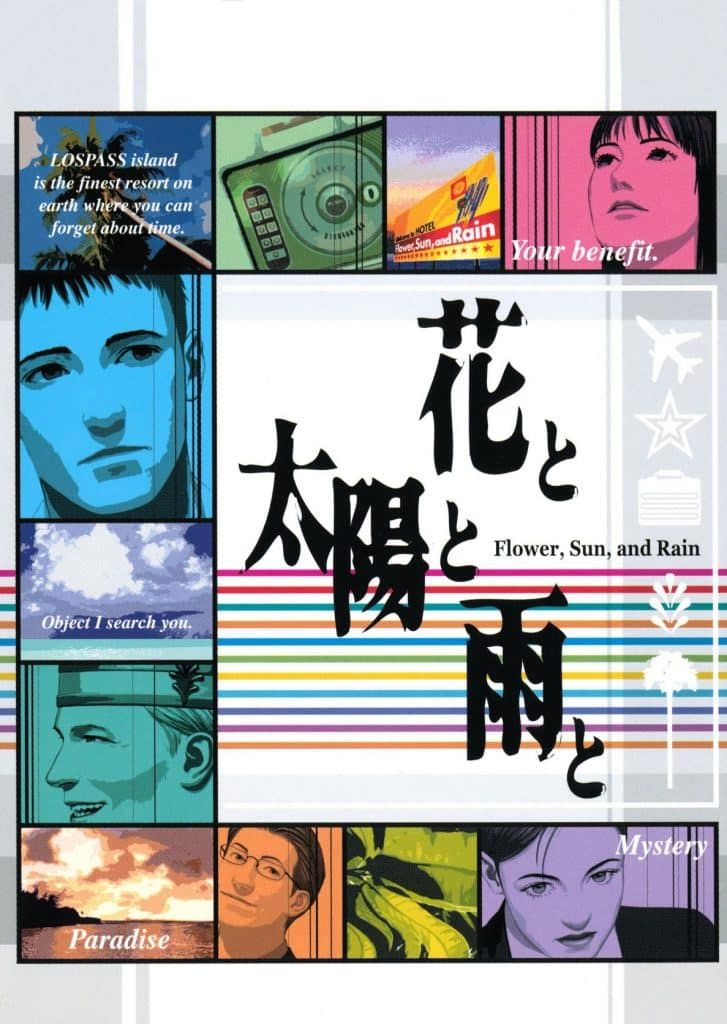 Flower, Sun, and Rain: Murder and Mystery in Paradise
(2008 Port)

Flower, Sun and Rain is an adventure game originally released for the PlayStation 2 in Japan. Years after, the game would go on to receive a port on the Nintendo DS.  FSR may not be everyone’s cup of tea, but for die-hard Suda 51 fans, the game will surely quench their thirst for great storytelling games.

Flower, Sun and Rain was Grasshopper Manufacture’s breach into the adventure genre by putting the focus on the themes of exploration, mystery and most importantly a noticeable emphasis on the visual aesthetics. Graphically, the game doesn’t hold up too well, especially when compared to previous Suda 51 games. It is rough around the edges, but if you can ignore the visuals, you’re in for a treat. 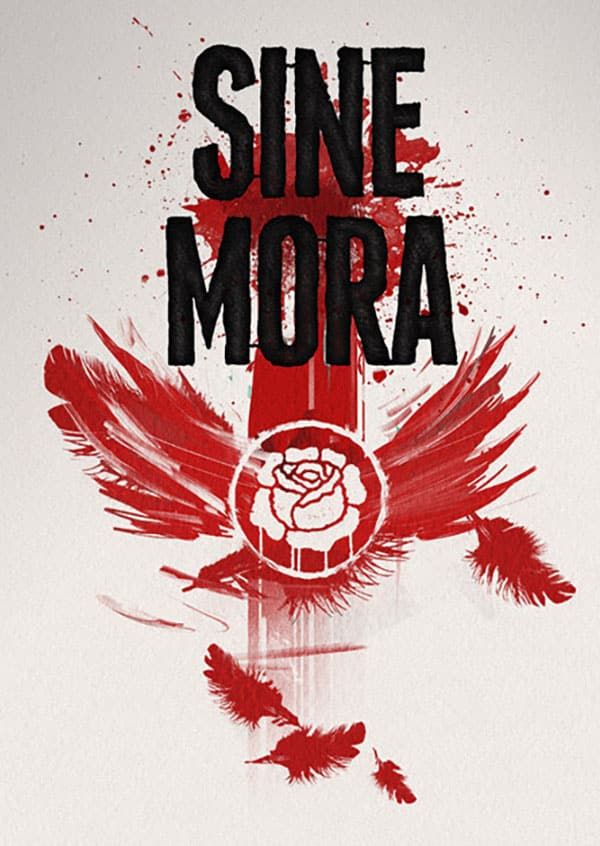 Sine Mora is a horizontal shoot’em up (shmup) originally released as a collaboration with Grasshopper Manufacture and Digital Reality in 2012. Its gameplay is pretty similar to other classic Shmups such as G-Darius, R-Type III, Parodius, and more. Compared to several insanely difficult shmups in the market, Sine Mora is quite easy for beginners seeking to dive deep into the genre for the first time.

In the game, you take on the role of a father determined to avenge his deceased son by taking on the empire all by himself. As mentioned earlier, the game is pretty reminiscent to another classic shoot ’em ups, however, Sine Mora doesn’t feature a health bar. Instead, each level has a time limit. Getting hit by enemies will speed up time, therefore a game over, but the more enemies you destroy, the more time you have. 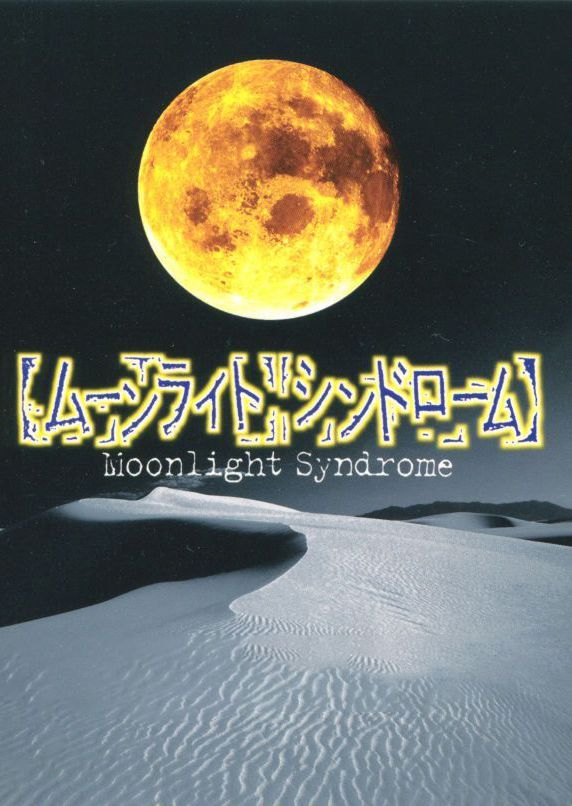 Moonlight Syndrome is a horror video game and is part of the Twilight Syndrome franchise originally created by the now-defunct Human Entertainment. Unfortunately, the franchise was never localized outside of Japan, but we’re hoping that one day either a remastered version or an English fan patch will emerge, letting people experience this fine obscure title.

Moonlight Syndrome is the second game in the franchise and unlike its predecessor which focused heavily on the elements of adventure, the former veers completely from that. Putting an emphasis on the psychological horror aspect while studying the dark side of humanity, Moonlight Syndrome shows Suda 51 once again at his peak. Although not perfect, the game left an influence on Spike that went on to create several similar titles like Yuuyami Doori Tankentai, and the Kamaitachi no Yoru series.

Now here’s a piece of information you didn’t know about. Moonlight Syndrome is arguably the first psychological horror game, way before Silent Hill popularized that. Forbidden Siren’s writer, Naoko Sato, was influenced by Twilight Syndrome to the point where there exists a couple of references in the game. It just goes on to show that Suda 51 is influential when it comes to his storytelling. 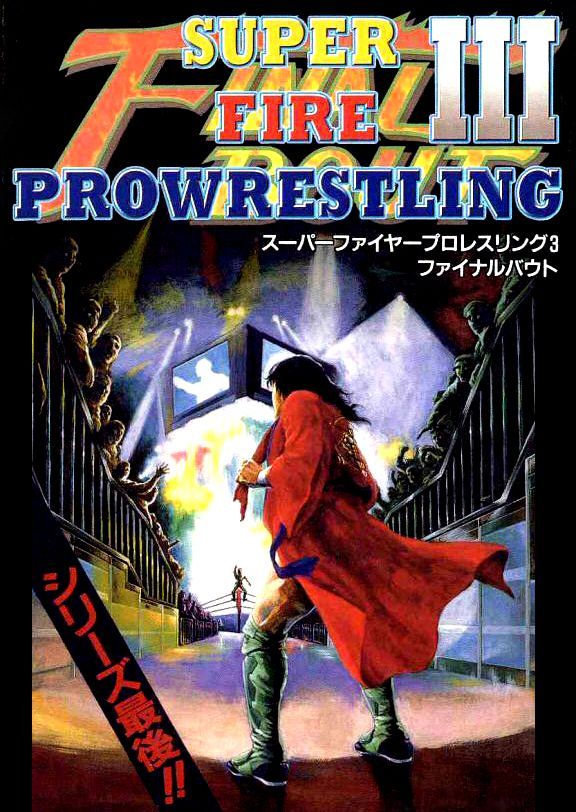 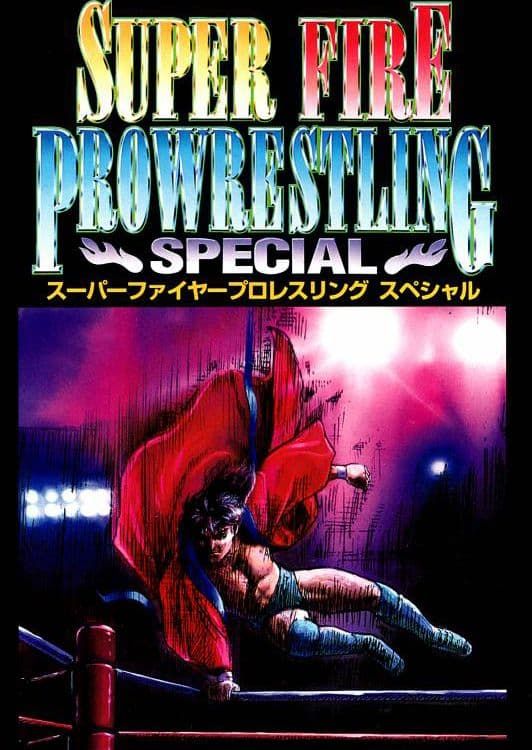 Super Fire Pro Wrestling III Final Bout and Special was Suda’s foray into the video game industry as a scenario writer. Two games that helped him gain some recognition in Japan, and the west a decade after their launch. For a wrestling game, the game’s plot is quite dark. Something that is pretty odd for such a game in the genre, but perhaps that’s exactly what gave the game its own charm.

Both of these games were exclusively released to Japan, leaving Goichi Suda fans thirsting for an English patch that’ll make the game playable from beginning to end.

Thank you for reading!

The 10 Best & Most Underrated Konami Games Ever Released