The Xbox 360 era marked a golden age for gamers and developers, offering the opportunity to develop some of the most memorable games today. The Zombie genre was not an exception offering titles like Left 4 Dead, Dead Rising, and Dead Island changing the gaming history for good.

Whether you like slow-paced gameplay where collecting resources and planning your way is crucial, or you like fast-paced brainless fun we got you covered with a diverse array of games. Today we are here to offer you the best Zombie titles on the Xbox 360 system, covering several sub-genre like hack n slash, survival, point and click, and many more. 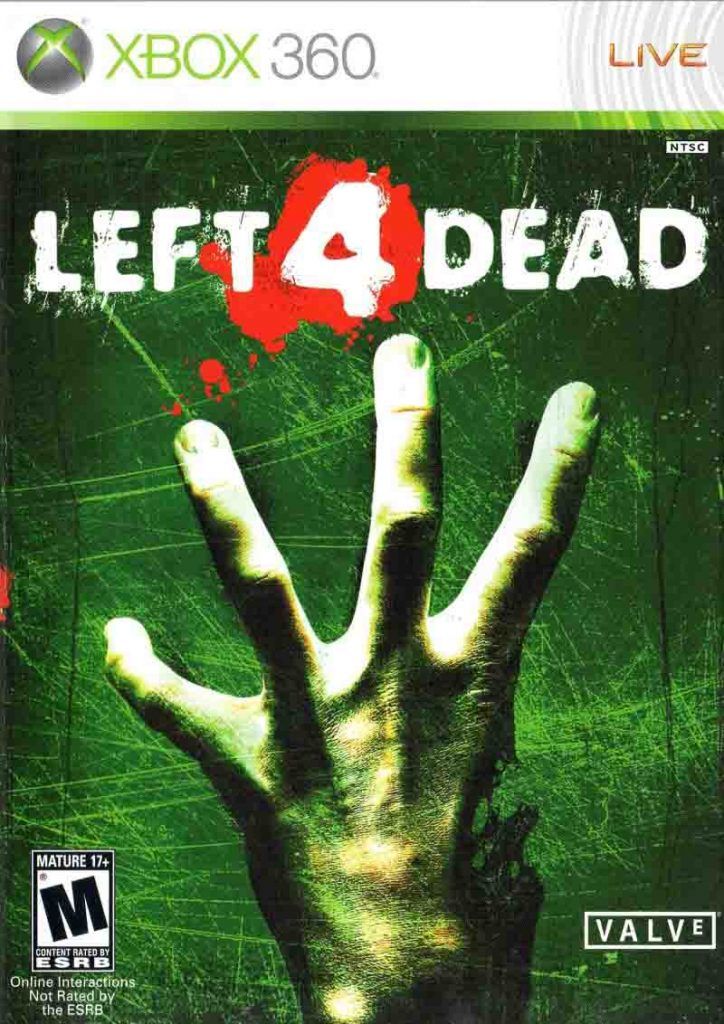 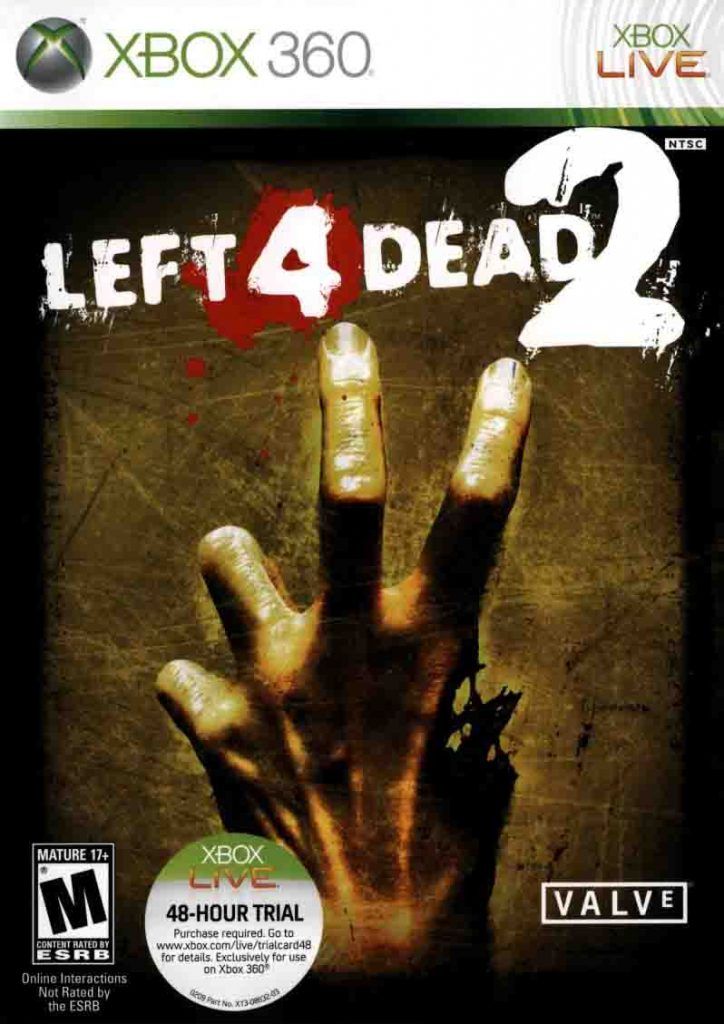 The Left 4 Dead dilogy on the Xbox 360 was an iconic title that spawned a cult of fans that still play the games to this very day. The series is set during a zombie apocalypse, with up to four players taking the role of survivors who must fight their way through hordes of zombies, known as the Infected, in order to reach safety.

Seen from a first-person perspective the player competes in a co-op campaign taking place in various places around the world. The goal on each level is to fight off hordes of zombies while managing to scavenge for ammunition and weapons. The games feature a variety of weapons, items, and power-ups to help the survivors in their quest for survival. 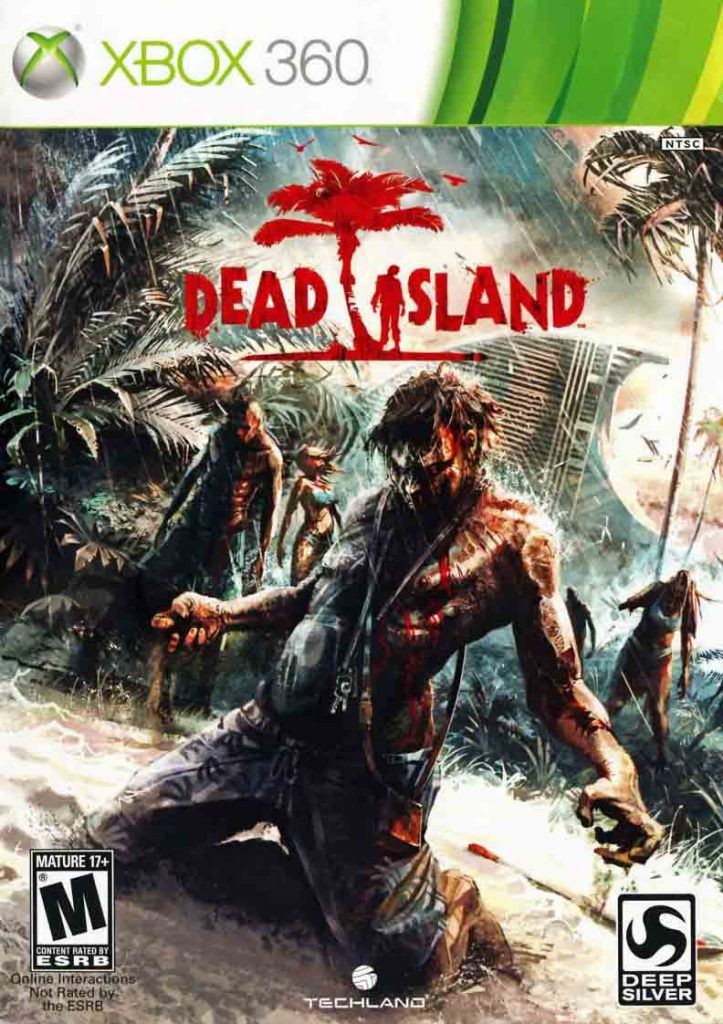 Dead Island is a first-person action game with additional RPGs elements, the game takes place on a fictional island called Banoi, after an exciting night, the four main games protagonist wake up to an emergency call, the announcer tells them to evacuate from the hotel building as the majority of the island population has been infected by a mysterious virus.

The game features a first-person view with an open-world environment, most of the game you’ll find yourself taking requests from other NPCs completing quests all around the island, the combat system on the game is mainly melee, killing Zombies or completing quests making the player gain exp and level up, upon leveling up you earn extra HP point and a skill point to spend on a skill tree, enemies are mainly Zombies with different abilities varying from normal enemies to bosses and mini bosses-like creatures. 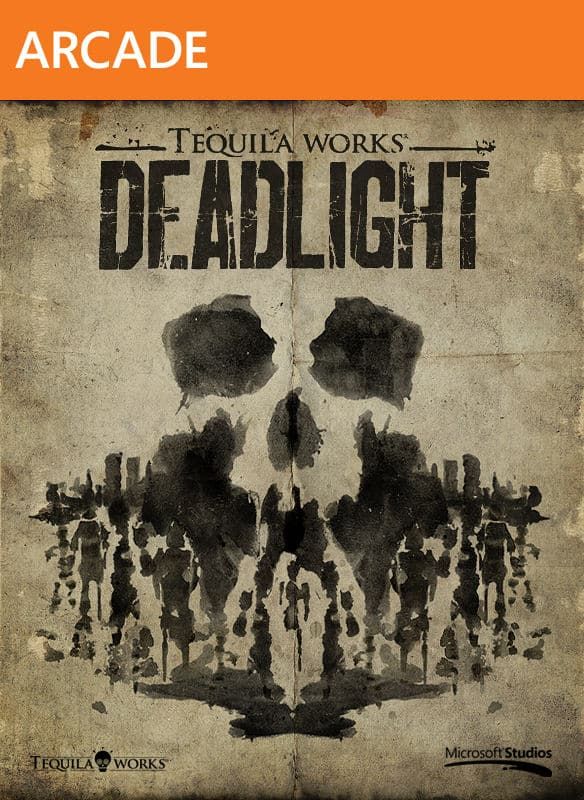 Deadlight is a 2d side-scrolling survival game, the player takes control of Randal Wayne a park ranger from Canada. After a virus outbreak turns people into zombie-like creatures known as Shadows, Wayne seeks out a safe place in Seattle while looking for his wife and daughter who have been missing since the pandemic.

The game consists of platforming and solving puzzles, you can do this by climbing, jumping, and moving objects. Primarly the game urges you to avoid the Shadows as much as you can, but in few occasions, you can engage in melee combat using a fire axe or even firearms further in the game. Overall, Deadlight is a fine example of a slow-paced Zombie game done right, with engaging puzzles and an amazing story to tell. 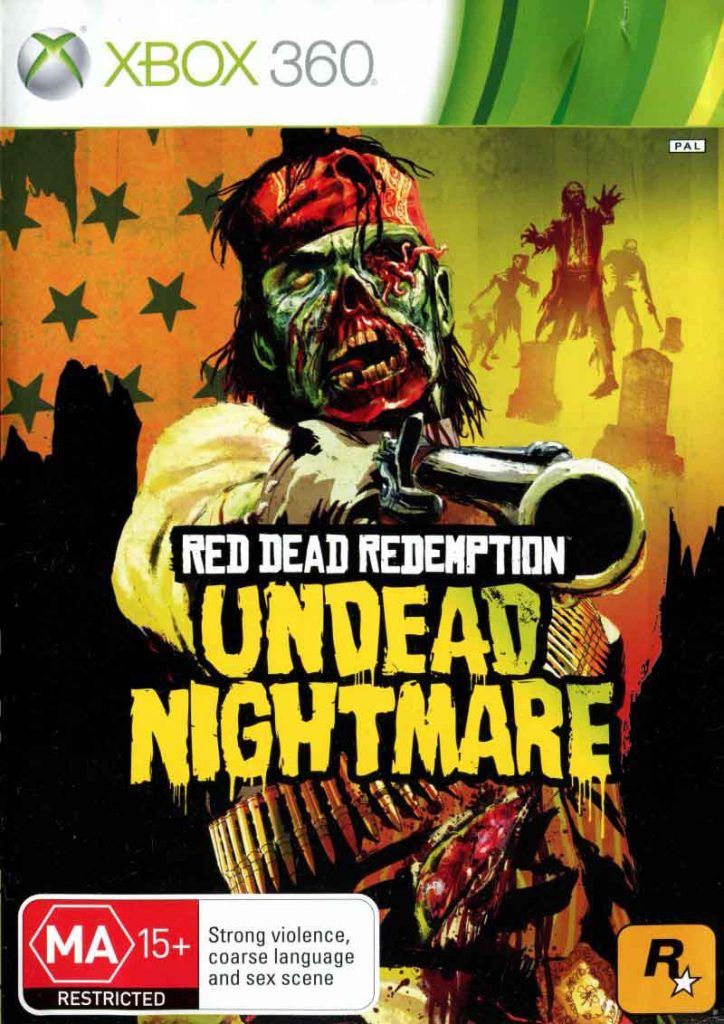 Red Dead Redemption Undead Nightmare is a standalone expansion pack of the famous wild west open world game developed by Rockstar Games. The game takes place briefly after Marston’s reunition with his family, Marston must again unbark on an adventure looking for a cure for his zombified wife and son in a post-apocalyptic wild west.

Similar to the main game you shoot your enemies (zombies and hostile humans) from a third-person perspective, all weapons from the main game are available here. The main goal here is to liberate each town from the zombie attacks allowing you to unlock missions in the same town and progress further in the story. In a word, Undead Nightmare holds up very well compared to the main game offering an amazing story and a great excuse to return to the world of Red Dead Redemption. 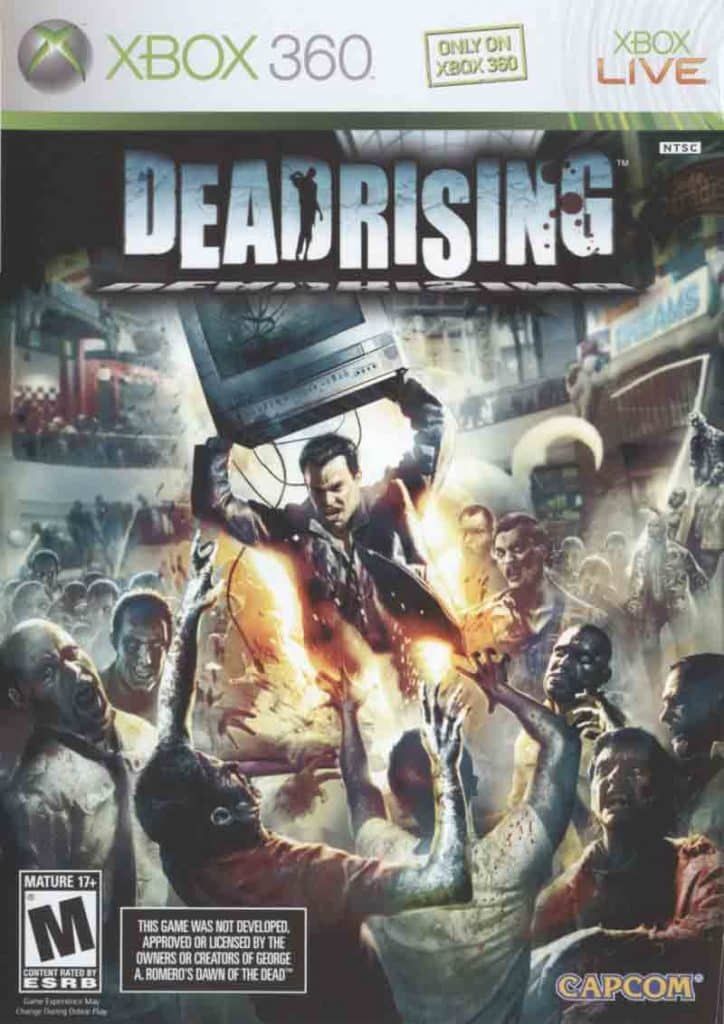 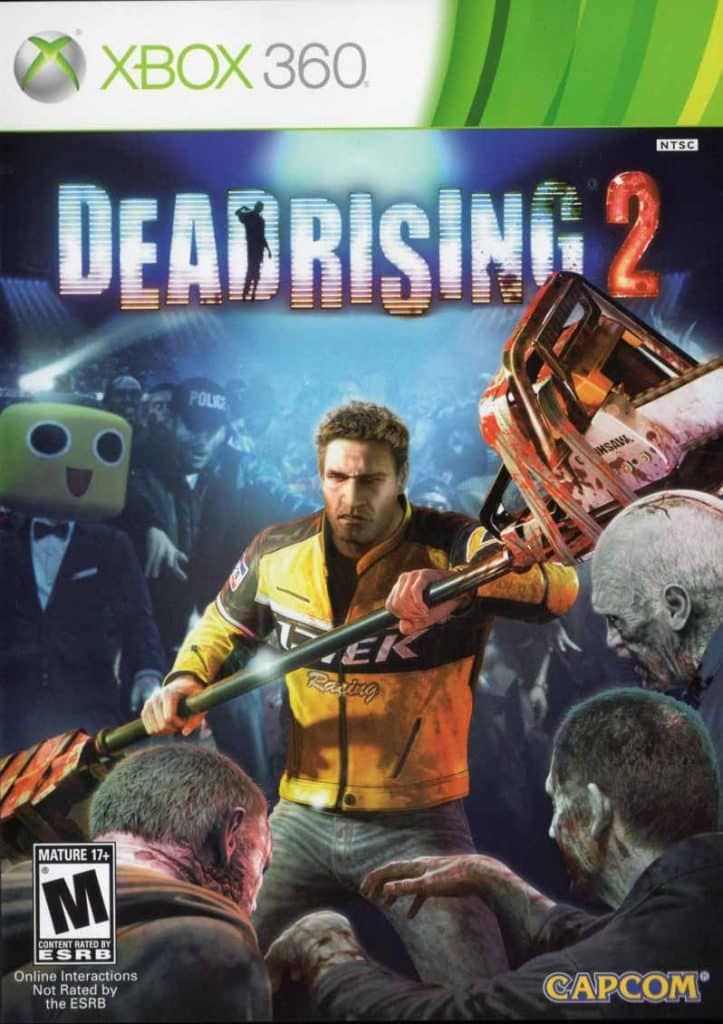 The Dead Rising franchise is a series of action-adventure hack n slash zombie games, the Xbox 360 system was blessed with two main games if not the best in the series to date. The first game follows the story of Frank West a journalist who finds himself trapped in a mall in the middle of a huge zombie outbreak.

Both games are played from a third-person perspective, usually, you spend your time fighting off hordes of enemies while collecting items to craft more powerful weapons. The player can level up both by beating up zombies and completing main and submissions, both games feature multiple endings affected by how many missions the player completed. On the whole, both games here are good examples of a perfect zombie hack n slash game if you own an Xbox 360 these two games are a must-play. 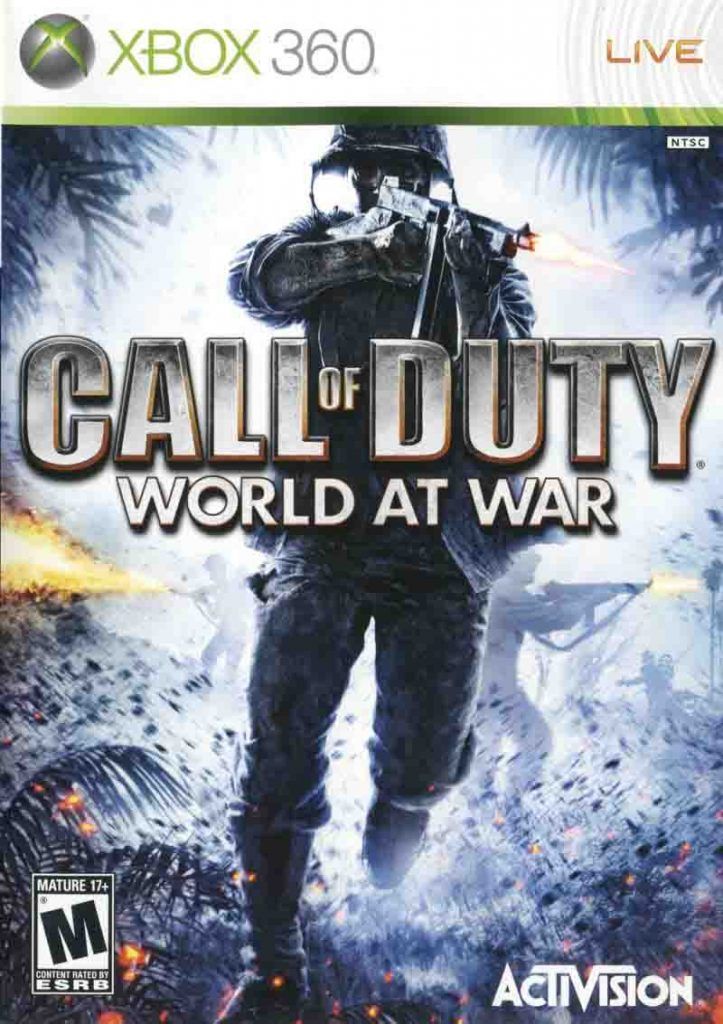 The mode put the player on a map solo or multiplayer with up to four players at the same time, the goal is to survive during the endless zombie waves as much as possible. The player gain points by killing the zombies or fixing the barriers, these points can later be used to unlock paths containing new and powerful weapons. Overall the zombie mode has aged just fine especially if you enjoy local co-op games. 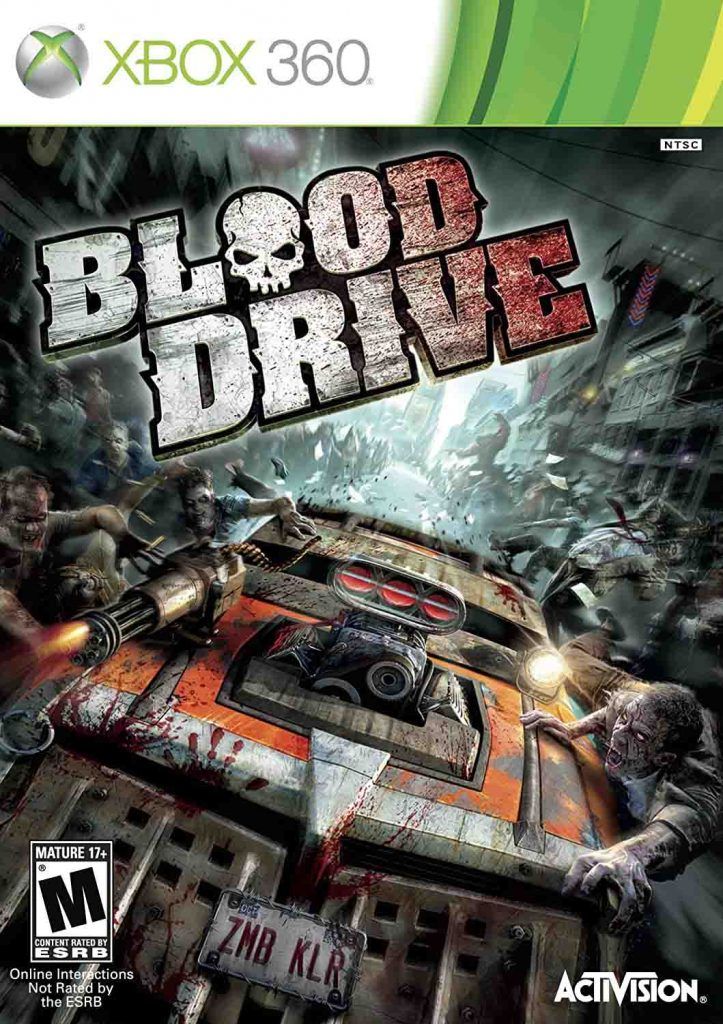 Blood Drive is a vehicular combat game, the game takes place in a post-apocalyptic world where zombies have taken over. You can think of the game as a hybrid between Twisted Metal and Dead Rising.

The gameplay consists of driving a highly equipped combat vehicle, the goal is to destroy other opponents’ cars while raming and avoiding hordes of zombies. Up to eight cars are available to drive and six different arenas to compete in. in addition to the main combat mode, there are several different modes including checkpoints, races, scoreboards, and many more. Overall the game might play it safe with a simple formula, simple doesn’t always mean bad in my book.

The Walking Dead is an episodic video game series that follows the story of Lee Everett, a prisoner who survives a zombie apocalypse. The game is split into five episodes each with its own story and choices to follow. The first episode sees Lee and a small group of survivors making their way through a zombie-infested landscape. Along the way, Lee must make decisions about who to trust and how to handle the various obstacles that arise, including the looming threat of the undead. The choices he makes will ultimately shape the story and the characters in it.

The game offers a classic point-and-click gameplay where the player interacts with different objects and situations to progress in the game. In addition, the game takes huge emphasis on dialogue giving the player many choices and responses to choose from. The first season is considered one of the modern gaming masterpieces with one of the greatest storytelling in gaming history. 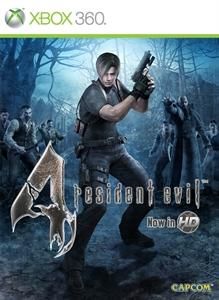 Resident Evil 4 is a third-person action-adventure game. It is the sixth major installment in the Resident Evil series, and the sequel to Resident Evil 3: Nemesis. Unlike previous Resident Evil games the game is more action-oriented with more ammunition, quick time events, and fast-paced gameplay.

The game follows the main protagonist, Leon S. Kennedy, on a mission to rescue the President’s daughter, Ashley Graham, from a cult in a rural part of Europe. Leon must battle hordes of enemies, including zombies, villagers infected by a mind-controlling parasite, and various mutated creatures. Seen from a third-person perspective the game features an over-the-shoulder view where the player can shoot down the Zombies. Overall, the game is a true classic shaping modern third-person shooter games and offering an outstanding ride for the series fans. 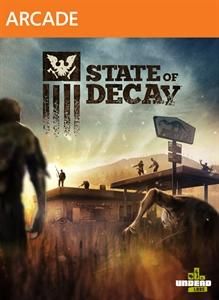 State of Decay is an open-world zombie-survival video game. The game is set in a post-apocalyptic world where a zombie virus has taken over a small town. Players take on the role of survivors in the town, scavenging for resources, building bases, and fighting off hordes of zombies.

As the game progresses, players can build a larger base and recruit other survivors to help with the defense and scavenging. The game also features RPG-style character development and customization, with each character having unique skills, abilities, and stats. 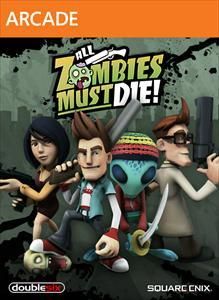 All Zombies Must Die! is a top-down twin-stick shooter, the game takes place in the fictional city of Deadhill. You must survive a zombie apocalypse by completing several quests and leveling up to buff your stats.

Four playable characters are available each with its own features and power-ups, leveling up can be done both by defeating the zombies and collecting items across the levels. If you don’t like the solo approach which I prefer a co-op mode is also there with up to four couch players. Despite the simplistic and cartoonish look of the game, the game has its own charm differing from your typical twin-stick shooter with an interesting cast and witty dialogue.