Hadum Servers are a new feature in Black Desert Online which was added to the live servers with the March 3, 2021 patch as permanent content. The essence of Elvia’s Realm is that the low-level grinding zones on some servers have been transformed into high-level grinding zones, which entails better loot and a new gaming experience, making the spots more attractive to players with a higher gear.

The story sounds like this: “Hadum, the goddess of despair who felled many lives in the western region and caused the great civil strife between Sylvia’s children, has come into this world yet again. She seeks Kamasylvia’s Light, rekindled by countless adventurers. Hadum has set loose her black sun, glowing with hatred and destruction, upon the skies of Serendia, a world that is beginning to look like Hadum’s Elvia Realm. Serendia is the first to fall prey to Hadum, and many of its inhabitants have lost themselves to rage under her dark influence.”

In server selection, these servers can be identified by a green circular icon next to their name. These are Serendia 3-6, Calpheon 3-6, Mediah 3-6, Valencia 4-6, and Arsha servers.

Hadum Servers are focused on Elvia’s Realm grinding zones: adventurers must face forceful monsters in these locations, but there are normal monsters outside of these locations worldwide. Anyone can access these servers unconditionally, but you should be careful if you visit these places with low-level character. Except for Arsha Server, forced PvP mode is not possible in the Hadum Servers.

The monsters found in these grinding zones require a high AP/DP combination, and some places also require a party. The following AP/DP requirement table can help you decide which location to choose for grinding:

The attributes (Narc, Okiara & Valtarra) means which of the three ancient spirits may appear in the area. Young Valtarra, young Okiara, and young Narc will occasionally appear in the field in which adventurers will receive the lightning, fire, and water affinities. As you interact with these ancient spirits, you can choose and receive an Elvia Main Weapon or Elvia Awakening Weapon. These weapons can be used immediately upon receiving.

As I mentioned above, special weapons can be obtained from ancient spirits (Narc, Okiara & Valtarra) at the special grinding zones when the spirits appear. These weapons have excellent basic AP and are especially effective against Hadum-infested monsters. They have 10 minutes expire-time, and they have max durability of 100 and cannot be repaired. Be careful with these weapons, because only normal characters can use them if the character’s Karma is positive.

Every character has been given a special Elvia Skill, exclusive to their class. These Elvia skills can only be used while equipping an Elvia Awakening Weapon. All skill can be used above level 60, costs 40 MP and has a 15s cooldown.

The opportunity to upgrade your existing Blackstar gear into Obsidian Blackstar gear has also come with Elvia’s Realm content. All the materials that you will need for the upgrade, can get it all on Elvia servers.

Obsidian Specter’s Energy is the upgrading item for Obsidian Blackstar Gear. Once you crafted this item, you can do the upgrade at the Black Spirit’s Item Reform window.

Two new necklaces arrived with the content of Elvia’s Realm: Revived River Necklace and Revived Lunar Necklace. These necklaces can be crafted by Elvia loots.

Upgrade Accessories with the help of Elvia

New items can be made from materials obtained from Elvia grinding spots, which allows the upgrade of accessories. Thanks to these upgrade items, we can get valuable extra bonuses for collecting and crafting these items. While reformed accessories cannot be sold at the Central Market, the upgrading items can be registered. Upgraded accessories can be enhanced and their effects will be maintained even when enhancement succeeds.

The upgrade that can be done on the necklaces is done with the help of the Cup of Arid Moonlight. Its additional effect is Max HP + 150, and the necklace’s new name will begin with ‘Moonlit’.

The upgrade can be done on the following necklaces:

The upgrade can be done on the following rings:

Cup of a Lonely Cloud

Elvia’s Marni Stones requires you to kill a required number of mobs in Hadum spots, and you can exchange them for valuable Hadum loots. Exchange can only be performed by characters over level 61, and the target count only counts the kills that you’ve done the last hits on the monsters.

This is the quest that takes the adventurer through the story of Elvia’s Realm. Some of the quests in the questline may only be completed in Elvia servers, and you can obtain large quantities of materials for crafting Obsidian Specter’s Energy while progressing in this questline.

There are a total of 21 daily quests available connected to Elvia’s Realm, and the adventurer who completes every quest every day can get a total of x70 Predator Root’s. You must be Lv. 60 or above in Elvia Server to receive these quests, and completed [Elvia] Obsidian Ashes (not the whole Story questline). These quests family & daily quests, so they will reset at 00:00 UTC after completion and can be repeated afterward.

Predator’s Roots can be exchanged for the following items by NPC Lejenti at a basement in Glish.

The following titles can be obtained by defeating monsters in Elvia’s Realm.

We seem to have reached the end. The information and data used in this guide are from the game’s official patch notes (March 3, 2021 patch note and March 24,2021 patch note). If you have any comments/questions on this topic, feel free to use the comment section below. 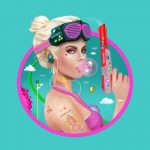 Grew up in the world of games, studied journalism & programming, so I'm here to unite my passions! Currently a big fan of Black Desert Online and League of Legends. Probably still training horses at BDO.