Blades Tale is the second attempt of 9Splay to approach the Western mobile MMO market, and they didn't get any better. Stay away if you value your time, we clearly don't value ours!

Blades Tale is yet another AFK mobile MMORPG, originally released by 9Splay for South Korea (검은강호) in November 23, 2018. The developers are trying to get noticed outside Korea, since they also just localized Shikigami: Myth – a mediocre gacha game.

Launched worldwide for iOS & Android devices in July 24, 2019, Blades Tale brings next to nothing new in mobile gaming, and manages to feel the same with pretty much any other mobile MMO in the market. But let’s be patient, and explore its main features below!

A “New” Auto-Pathing MMO, with Nothing New to Offer 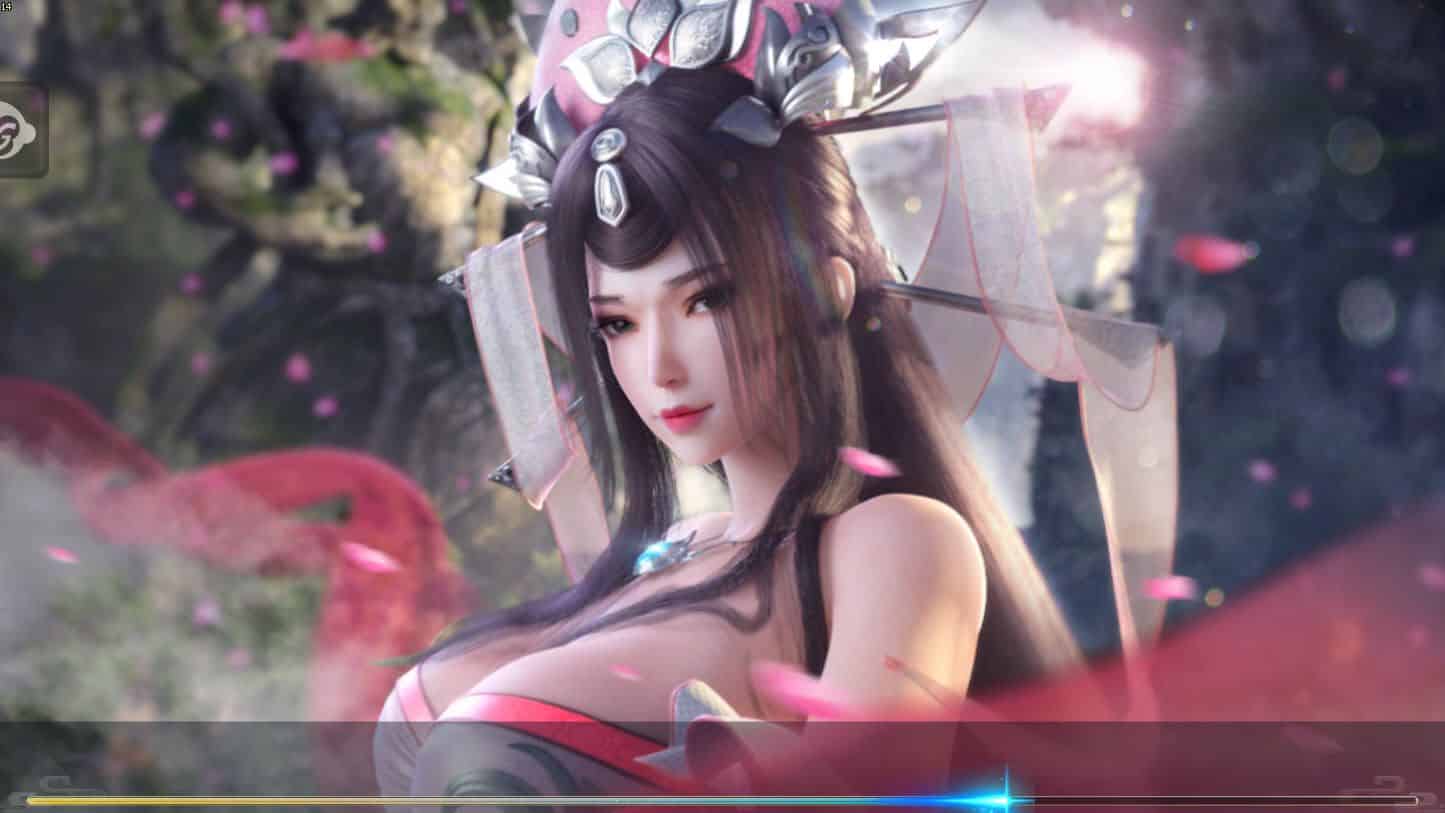 I can’t quite remember the last game that underwhelmed me so much. Or was it 9Splay’s recent global release of Shikigami: Myth? 😂

The developers goals and roadmap are clear:

I’m not sure how well they did on the latter – since very few people will actually pay for this – but they did nail the rest.

Blades Tale really feels like I’m playing through an auto-generated mobile MMO, and the game’s localization quality / mechanics naming, makes it even harder to try and appreciate its “hidden qualities”. 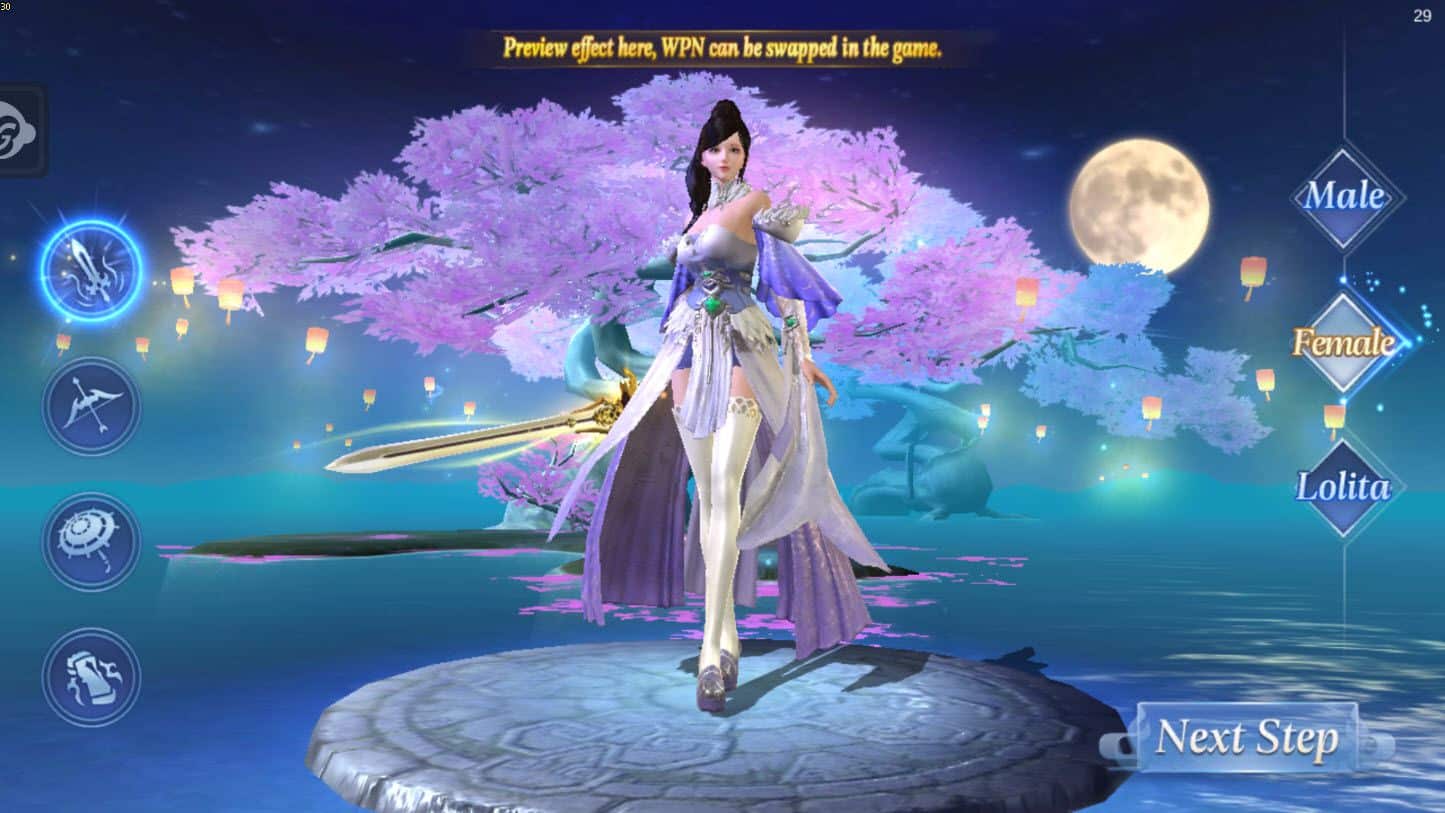 I take back my previous statements, Blades Tale did manage to make something unique. Instead of just Male & Female characters, you can create Lolitas as well 😂😂😂 No comments here, their target audience is apparent, and I’m not even sure they’re getting it.

Character creation is a joke.

The only customization you can do, is choose 3 preset heads & 3 preset hairstyles. That’s it. You can’t even change your hair color, so I’m not really sure why they did put a “character creation” system at all, and didn’t just make it so that every “race” has one preset look. 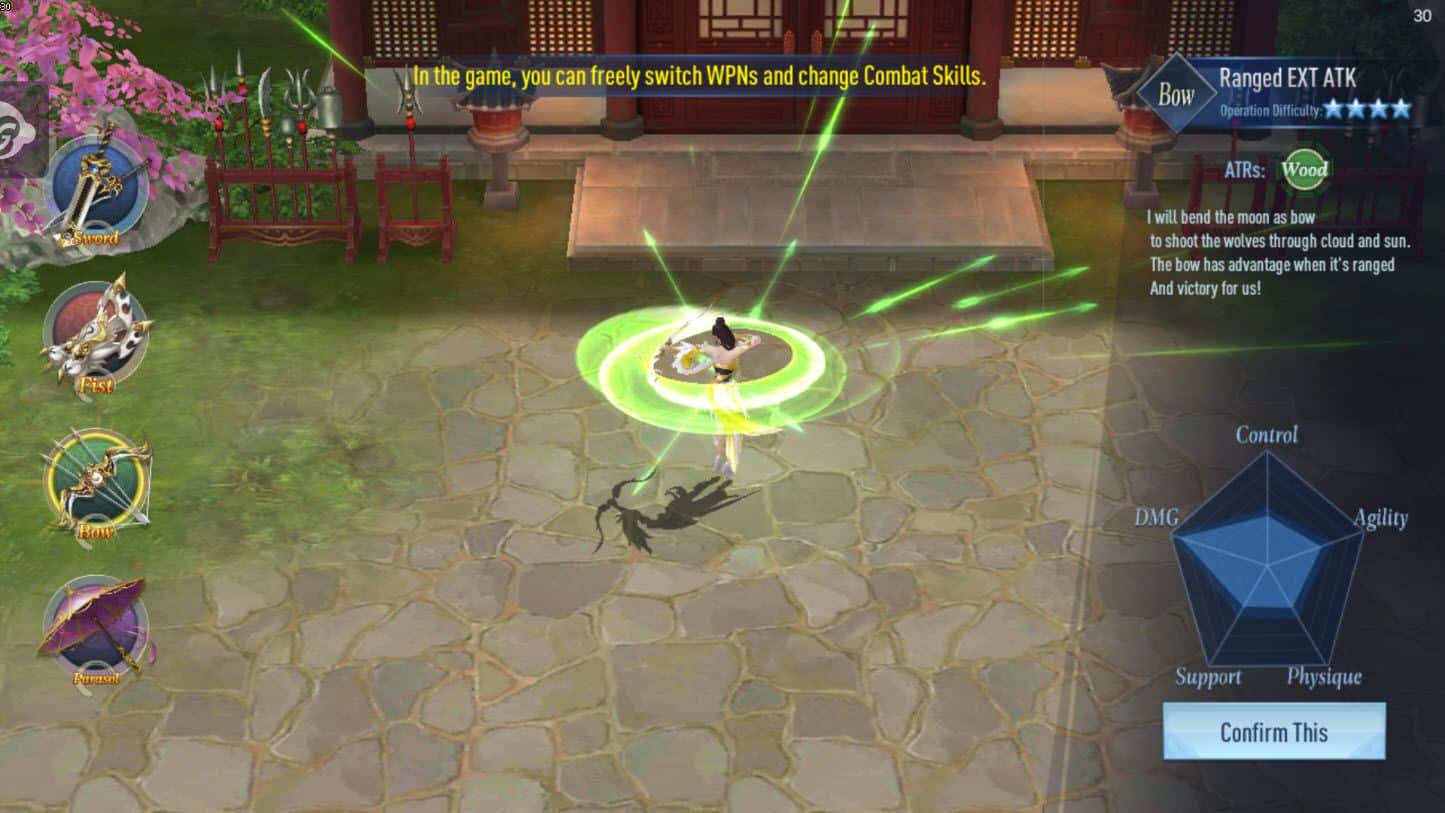 What’s more, while choosing your Weapon / Class, you can’t even see any names or details, so you are left wondering WTF did you just choose to play as, until you actually get the chance to re-pick (with details this time) later in the game. The classes are so generic though, that you won’t have trouble figuring out which is which, even by just looking at the weapons. 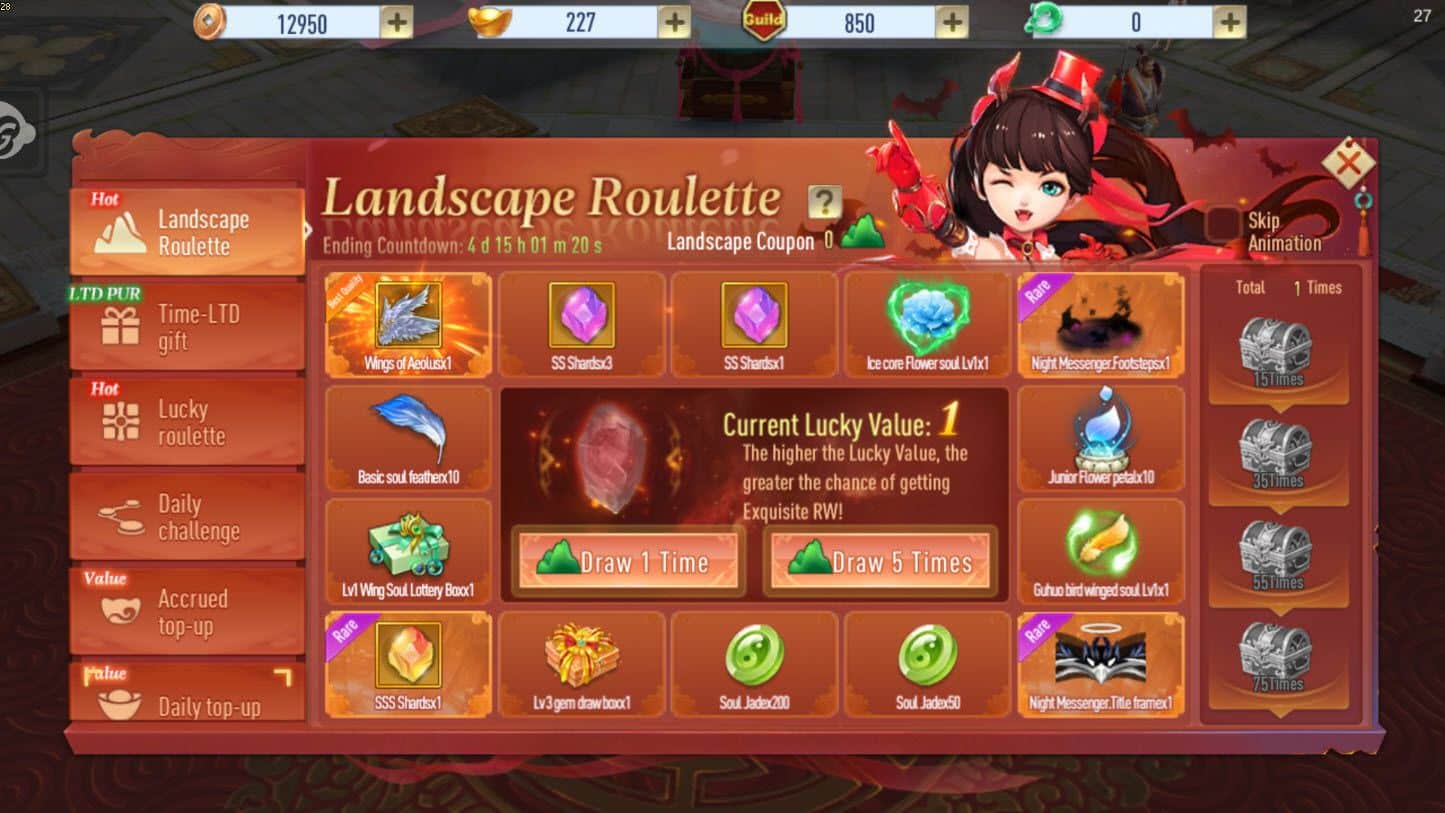 There’s so many paid bundles, packs, P2W mini-games and mini-games where you have to Pay to Win, that you are really going to get more time exploring them, than playing the actual game.

I could see myself enjoying this game if 10,000$ was equivalent to a Red Bull can for my wallet.

Classic ARPG Combat with No Twists 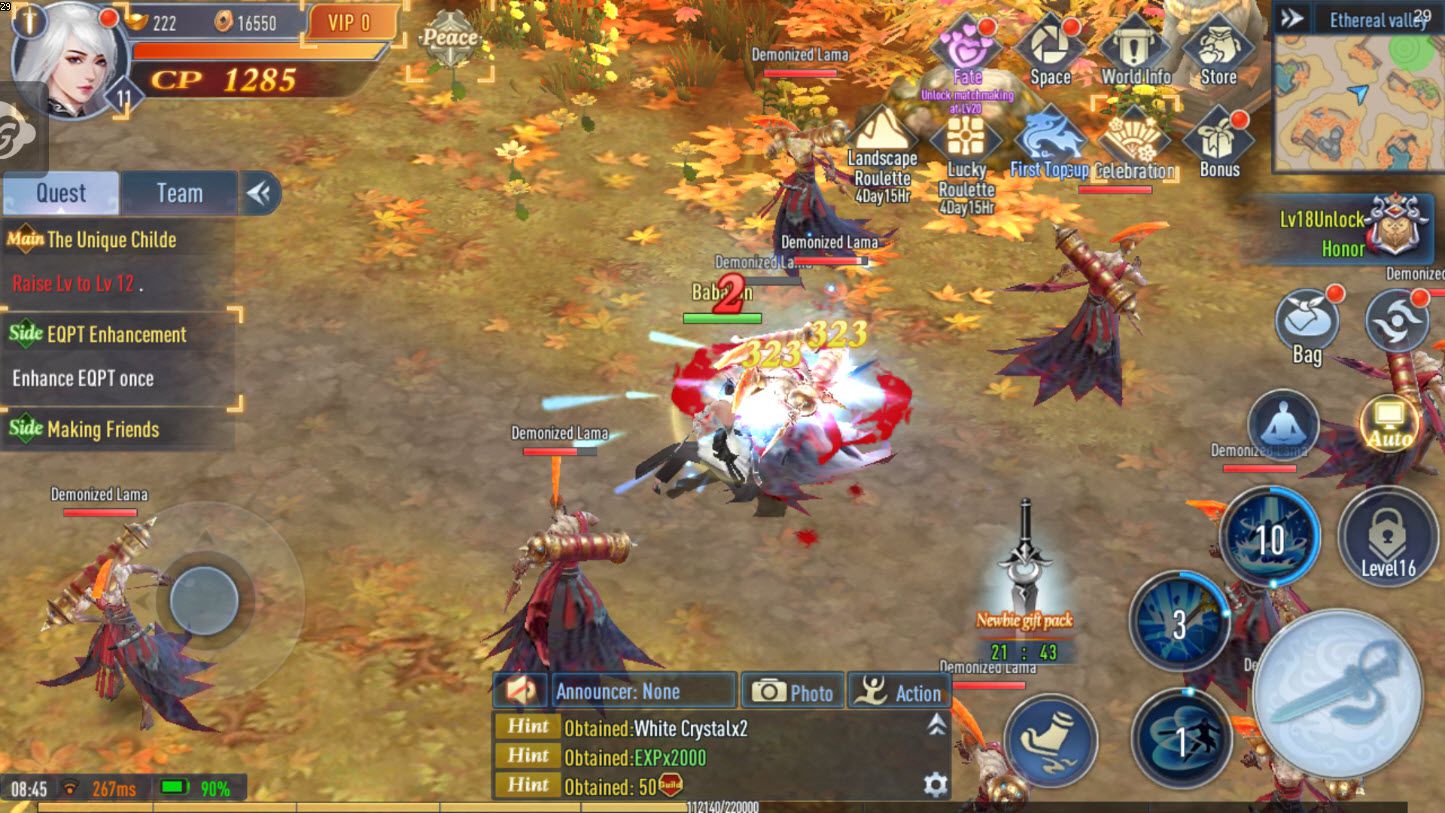 The combat system is smooth, and it’s.. fun to slay enemies – if you’ve never played another Action RPG game on mobile.

Tap to attack, tap to dodge, and a few basic skills which you will rotate on cooldown, until the time you hit the “Auto” button of course, and save yourself from some utterly mindless grinding. 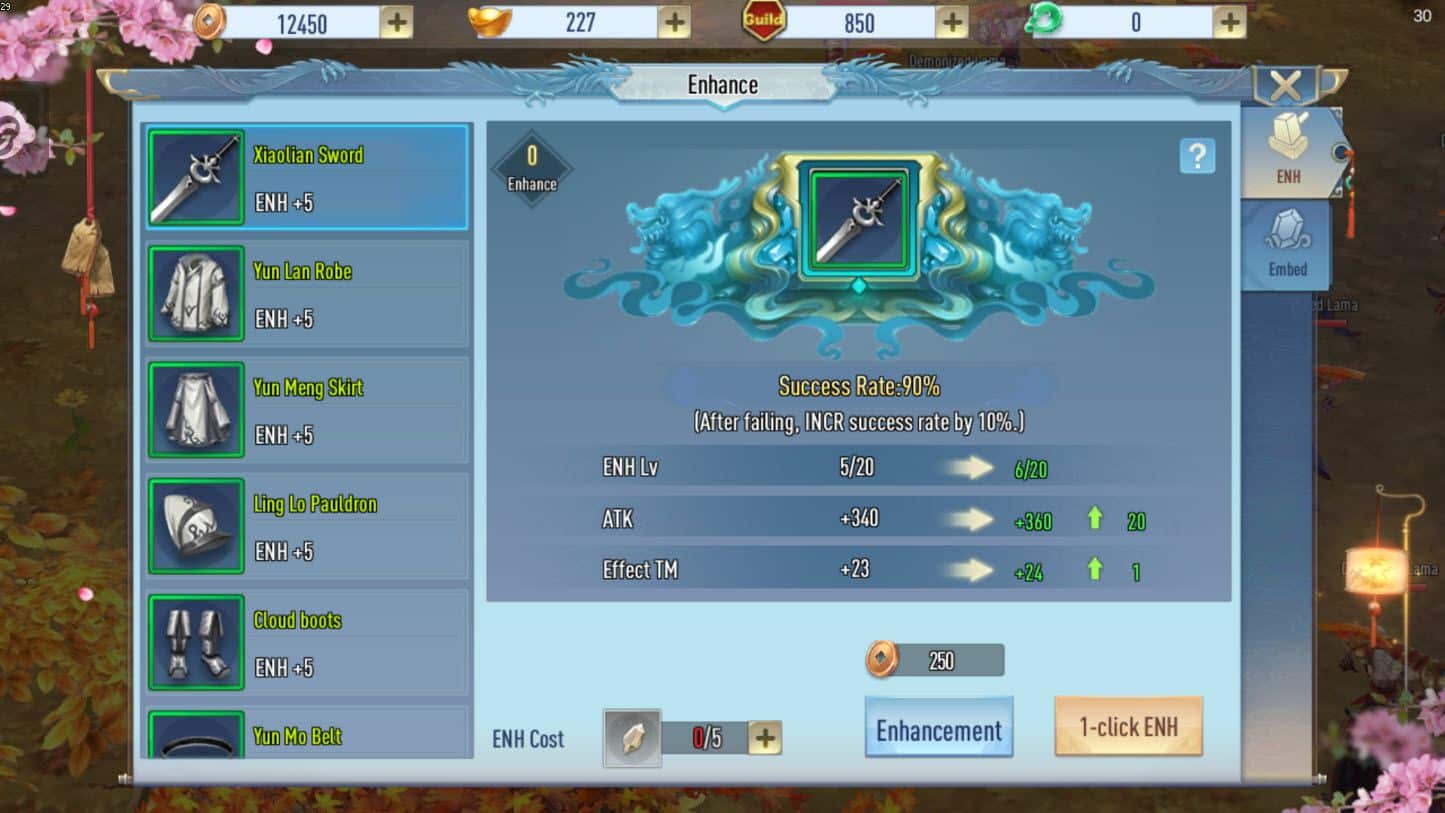 There’s nothing to make you even 0.01% attached to your gear, or progression, and I’m quite pissed I decided to make a first impressions review on Blades Tale, as it looked quite more cool and promising from its screenshots.

I’m sure a lot of you will fall in the same trap I did, but it’s better to save yourself some time and disappointment, and maybe rethink about going back to Lineage 2: Retribution, which is at least the most complete and content-rich AFK MMO out there.