Call of Duty Warzone is the latest installment of the popular Call of Duty franchise and was developed by Infinity Ward and published by Activision in March 2020. It is the second Battle Royale Call of Duty game and while the game launched extremely successfully and was praised as one of the best Battle Royale games, the Battle Royale mode was just the beginning.

Alongside it, Call of Duty Warzone launched with another great mode that took players by surprise with its new original concepts, unpredictable mechanics, and exciting gameplay. It was called Call of Duty Warzone Plunder and in this article, we will be taking a closer look at what Plunder mode is, some of its mechanics as well as tips and tricks on how to win Plunder matches.

So What’s the Plunder Mode in COD Warzone? 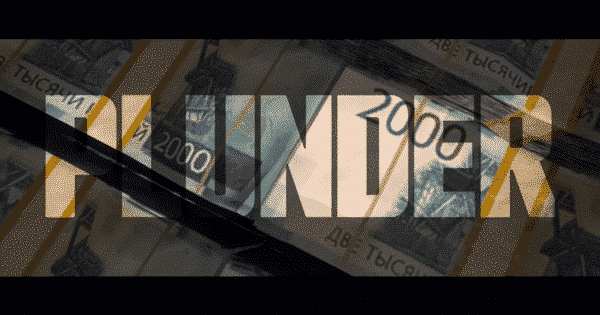 That’s right, it is all about the money in Warzone Plunder Mode. The main objective in this mode is collecting money, and lots of it, and the ultimate goal is to be the first team that collects $1.000.000. In this mode, players are divided into three-man squads and instead of having to scavenge for weapons and supplies, players are able to customize their equipment however they want.

Another major difference when it comes to other Battle Royale games is the fact that in this mode, the map never shrinks and the entire map remains playable throughout the whole match.

In order to obtain as much money as you can, players can perform several different activities that include searching chests and random buildings, doing challenges, or eliminating their opponents.

When it comes to challenges, there are three different types of them.

The first one is called the Scavenger challenge and it is displayed on the map as a magnifying glass. To complete this type of challenge, the player is required to open three different chests upon doing which, he will receive a large sum of money.

The second challenge is called the Recon challenge and it is basically a capture-the-flag task. The player is required to visit a specific location and defend it until he captures it thus earning a large amount of cash.

The final type of challenge is the assassination challenge and this one is pretty self-explanatory. Upon obtaining this challenge, the player will be tasked with eliminating a single opponent who will be marked on the map. If the player successfully manages to eliminate the marked enemy, he will receive a large cash prize.

These challenges don’t have any sort of penalty for not doing them, so it is generally a good idea to grab them whenever you can. Aside from the assassination target, the top three squads that have the most money collected will be marked on the map as red skulls so you can be sure that plenty of cash and an exciting gunfight await you there. 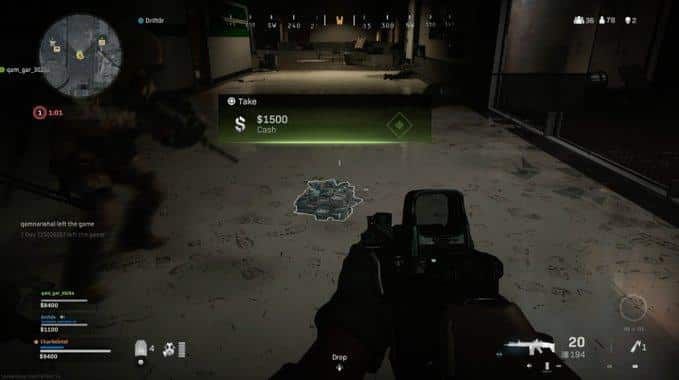 The bonus round lasts for three minutes and when that time is up, whoever has the most cash wins the match.

10 Tips to Help You Win Plunder Mode Every Time!

Ok, so you know how plunder mode works by now, but what about winning?

After hundreds of matches, I’ve found out that the following 10 things, will “make or break” your game, so read on carefully! 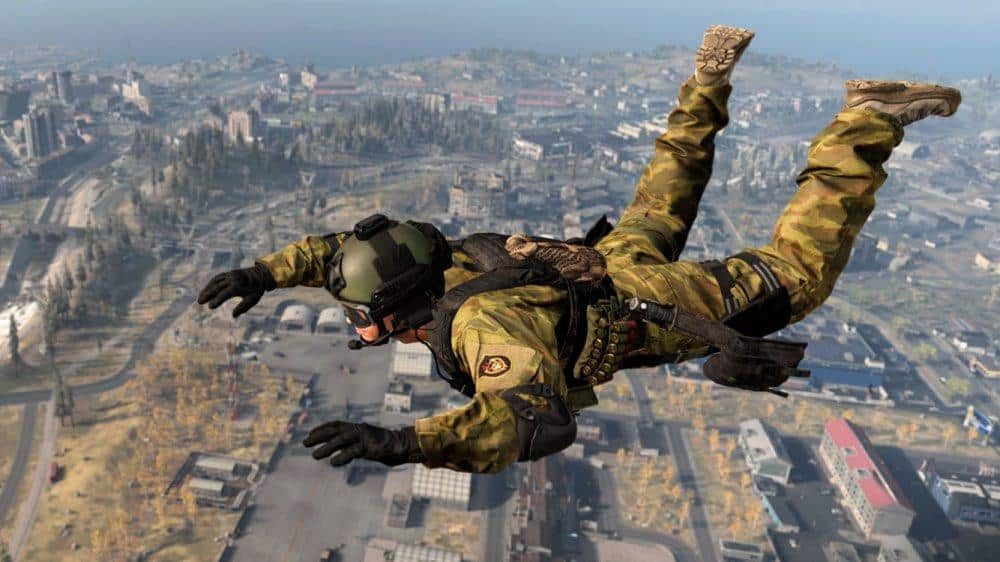 If you have played any other Battle Royale game, then you probably know that the best way to start a match is to land far away from hot points and any source of damage and then slowly work your way towards the hubs once you are well stocked with weapons and supplies. For COD Warzone Plunder Mode, it is the exact opposite because the goal is not to be the last man standing but to collect the most cash by any means possible.

Because you already spawn with a load of weapons and equipment, there is not much point in looting unless you are looting cash. Since players usually carry bags of cash on them and killing them earns you a small amount, it can be a very profitable strategy.

2. Try to Eliminate Your Opponents 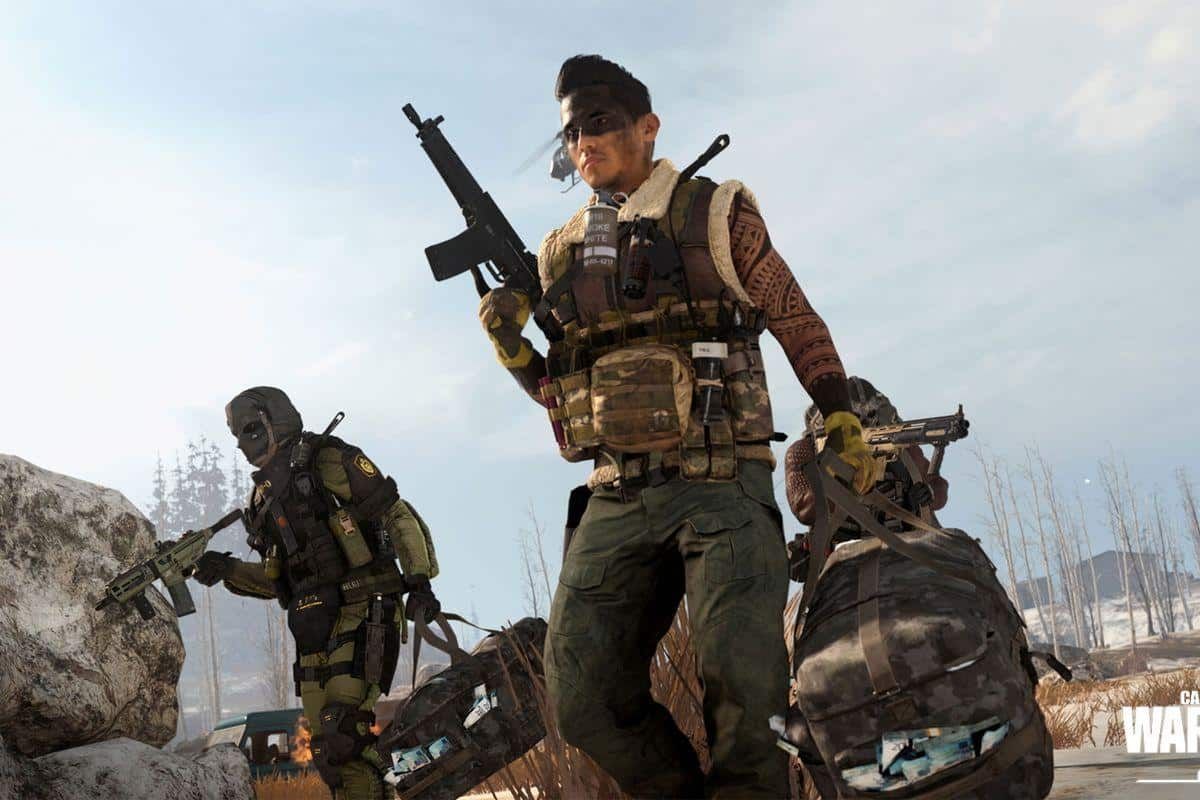 The downside to this strategy is that other players can also kill you and loot your money, so this is a balanced risk and reward system. Players that are among the top three spots moneywise during the match will be visible to everyone on the map, so it is generally a good idea to go after them if you opt for this strategy.

3. Contracts are Your Friends 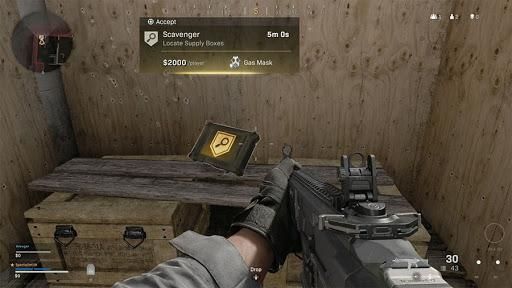 Another great way to get your hands on some extra money in COD Plunder Mode is through contracts. While all three types of contracts give you a nice cash bonus, bounties are especially good.

Once you obtain a bounty, you will receive a contract to eliminate an individual player the general area of his location will be marked on the map but that player will get a warning when you approach him which makes this whole ordeal very risky.

If you get lucky enough, the targeted player will be carrying a bag of cash which will only increase your reward if you manage to successfully eliminate him.

4. Stay With Your Teammates 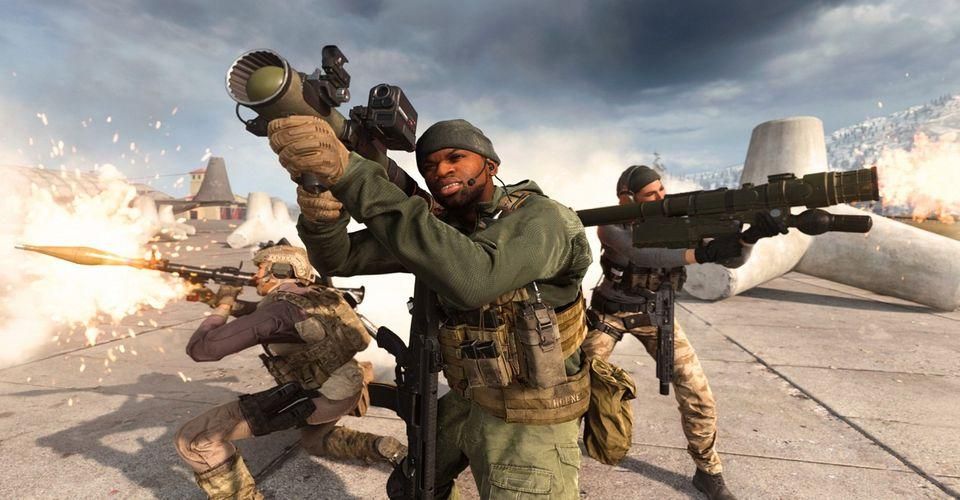 Sticking with your teammates and eliminating opponents with your squad is often the best way to achieve your goal without putting too much at risk.

This is somewhat made difficult because if one of your teammates dies, you will have to wait for him to be redeployed but staying together at all times gives you the best odds of winning.

Often times you will be tempted to explore a nearby building or to try and scout the area a bit further in order to gain some cash but these kinds of actions will put your entire squad at risk and make both you and them more vulnerable to enemy attack. Remember, teamwork makes the dreamwork.

5. Use the Balloons to Deposit the Cash 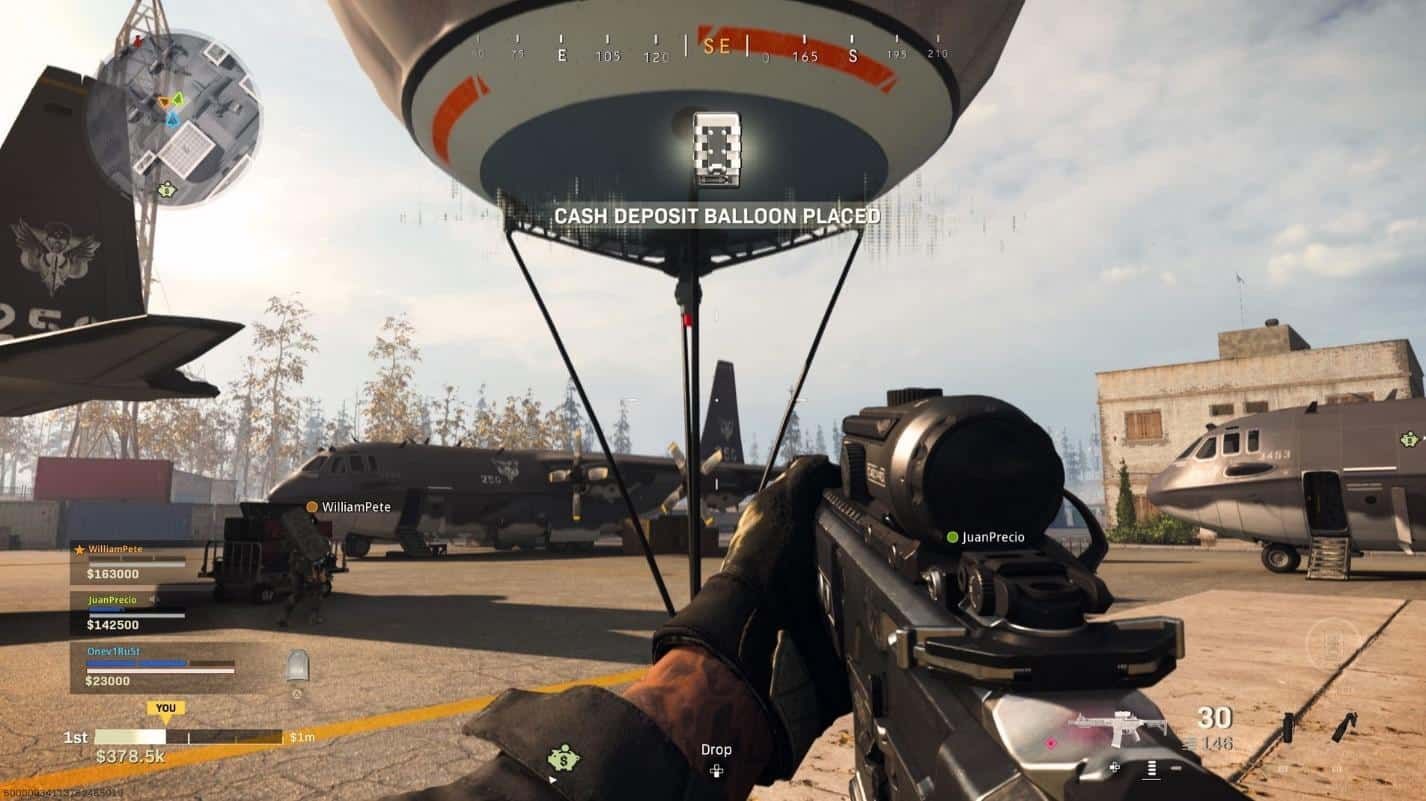 The cash deposit balloons can be purchased from any store in the game and they allow players to deposit a certain amount of cash which once deposited are safe from being stolen or dropped.

One more important thing to keep in mind is that if you are eliminated while holding a balloon, it will get dropped and enemies who pick it up will be able to use it for their own gain.

6. Retrieve the Cash From Dead Teammates 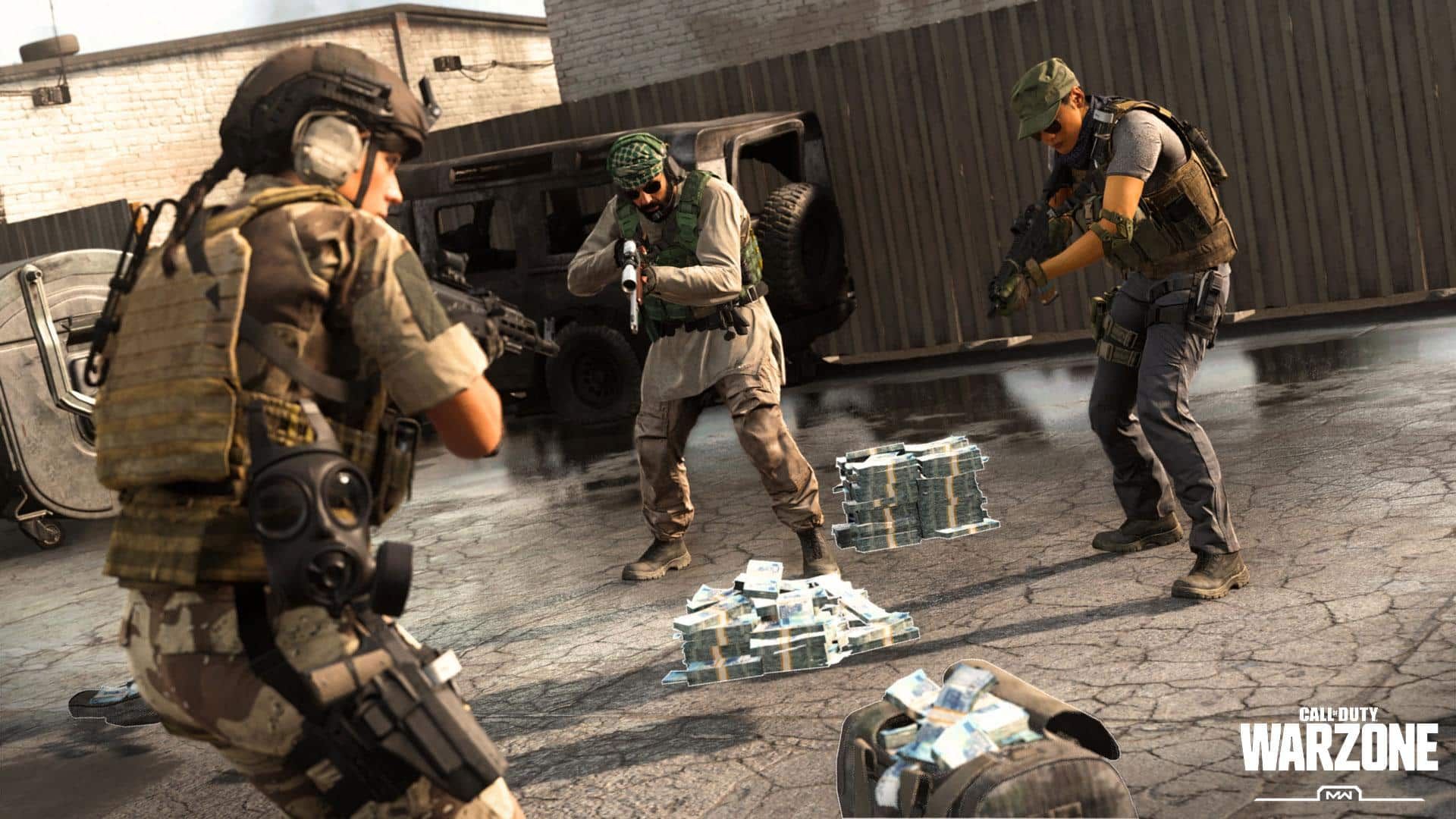 We mentioned above that you can loot the cash from dead players, and when we said dead players, we meant all of them, including your teammates.

If you see your teammate go down, run over to the spot where he died and collect the cash that he was carrying. Many people forget about this feature in the heat of the moment and focus on doing other things, neglecting to rescue the cash that was recently in your hands.

Aside from cash, players can also loot the extra ammo and armor plates that their recently killed teammate was carrying. Keep in mind that doing this sort of thing can be very risky as the enemy who killed your teammate is likely nearby. 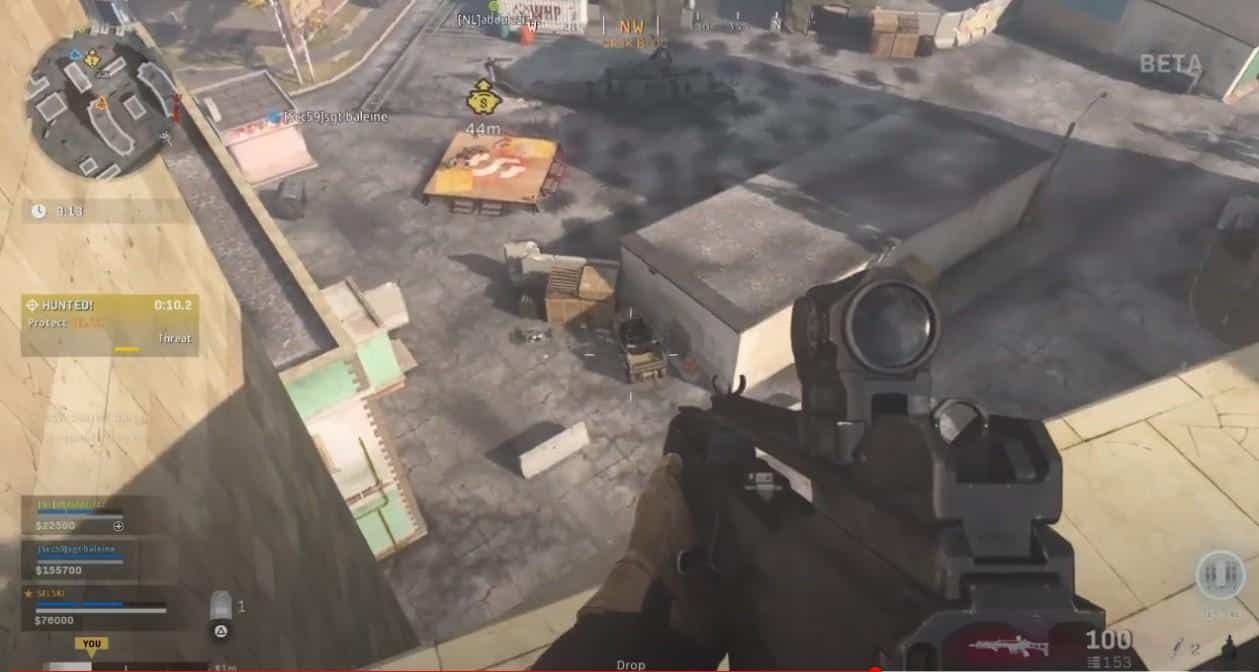 Deposit helipads appear on the map once your squad manages to collect $300.000 in cash and at first glance, they seem like a very good idea. The way the helipads work is the same as the deposit balloons, with a single change that allows players to deposit as much money as they want instead of a limited small amount of cash offered by the balloon.

However, helipads can often be deathtraps because enemy players usually try to ambush players who wish to use them to deposit their cash. The best way to use a helipad is to have your teammates stand guard while one player deposits all of the cash. And if you see something out of order and using the helipad seems too risky, simply avoid using it. 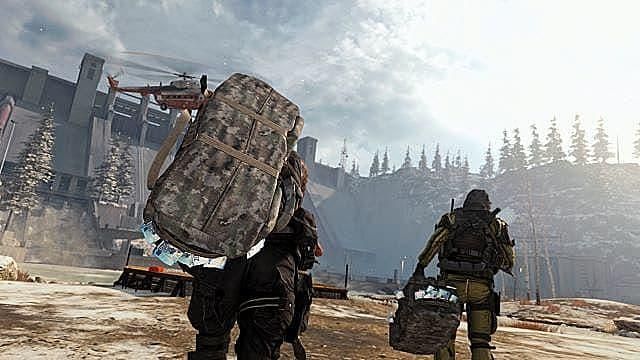 In COD Warzone Plunder Mode, all players are allowed to choose their own loadout, which means that at the start of each match, players are able to pick and choose the guns and equipment that they want to be armed with.

Generally, the best option is to simply ignore long-range weapons like snipers and choose to go to battle with assault rifles, shotguns, and submachine guns.

The reason for this is that players will more often than not find themselves in close combat with the enemy team because it is easier and quicker to grab the money once you eliminate the enemy.

However, as with all of these tips, there is a downside to this feature. The speed that the player moves at is determined by the loadout that they have chosen so heavy loads mean less speed and maneuverability.

9. The Bonus Round can Turn the Tides

Once a single squad manages to reach the goal of $1.000.000 all of the squads then enter the bonus round. It lasts for three minutes and during that time, players should do everything they can to collect as much money as humanly possible.

The bonus round can often make the difference and turn a losing match into a victory.

Chaos erupts when the bonus round starts and once you are here, it is best to just concentrate on getting as much money as you can and hope for the best.

It is never worth giving up because anything is possible.

10. Loot the Banks and Cash Drops 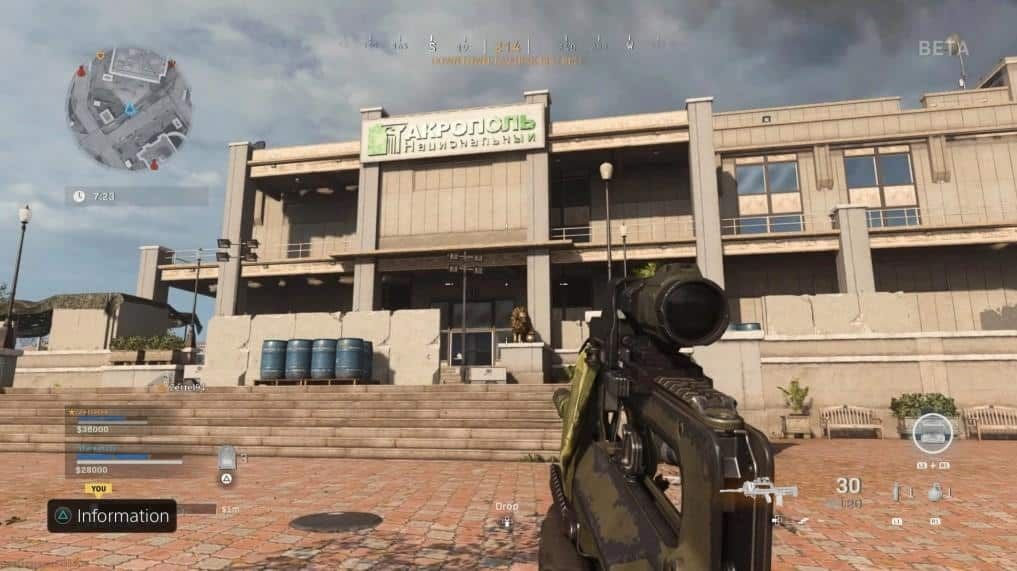 Every map in COD Plunder Mode has a couple of banks scattered around which are as one would expect, full of cash that is ready to be taken. However, these banks also have working security systems that can activate and reveal your location to enemy players.

Additionally, every now and again, planes will fly over the map and drop huge bags of cash at certain locations of the map which are free for the taking. Needless to say, both of these methods of obtaining cash are high risk-high reward systems, but the riskier the method, the bigger the cash reward.

In conclusion, Call of Duty Warzone Plunder Mode is a great Battle Royale experience but with a unique twist that turns the whole Battle Royale concept upside down and makes the player carefully consider each move they make and put more thought into their gameplay strategy.

There are numerous ways to go about it, and there are many tips and trick which you can utilize to your advantage in order to come out on top. Each of them is different and requires a special skill set to pull off successfully so carefully consider your options and choose the ones that best fit your style of gameplay. Good luck.