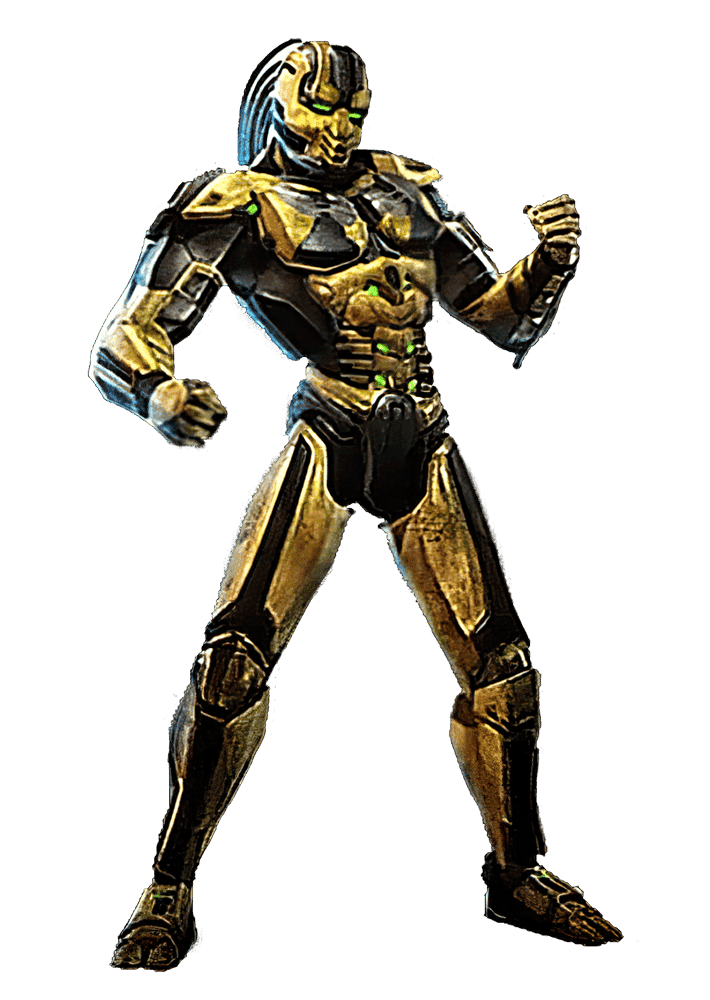 Bio (in-game): A skilled Motswana warrior, Cyrax relies on his natural fighting ability, his chi, to carry out Lin Kuei missions. He is proud to serve, but when the Grand Master initiates a program to convert the clan into cyborgs, Cyrax resists. He is reluctant to lose his humanity, which he believes is more effective than any mechanical augmentation. He has contemplated leaving the clan, fearing that it is no longer an organization of honorable assassins. Cyrax knows, however, that such a decision means death at the hands of his former comrades. No one leaves the Lin Kuei. 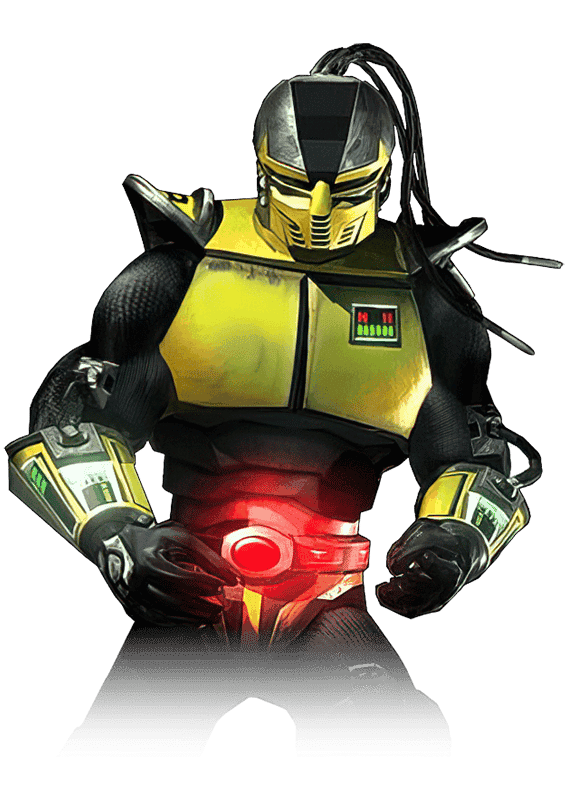 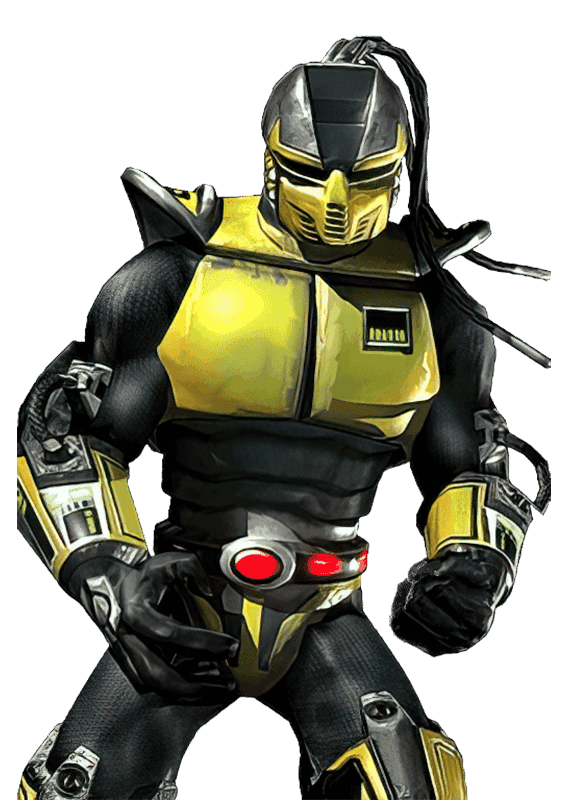 Bio (manual): The ninja cyborg, Cyrax, is stranded in Outworld after an attack from a lizard creature destroyed his link to Earthrealm. Nitara has offered to return him to Earthrealm... in exchange for his assistance.

Bio (in-game): The cyborg ninja Cyrax had regained his soul with the aid of Special Forces agents Sonya Blade and Jackson Briggs. In return for their help, he joined the Special Forces Outerworld Investigation Agency and became a scout in the realm of Outworld. On his last transport to that realm, Cyrax was ambushed by a reptilian creature. His arm console was damaged in the struggle and with it his inter-realm portal technology. He defeated the creature, but will have to find some other means to return to Earthrealm. 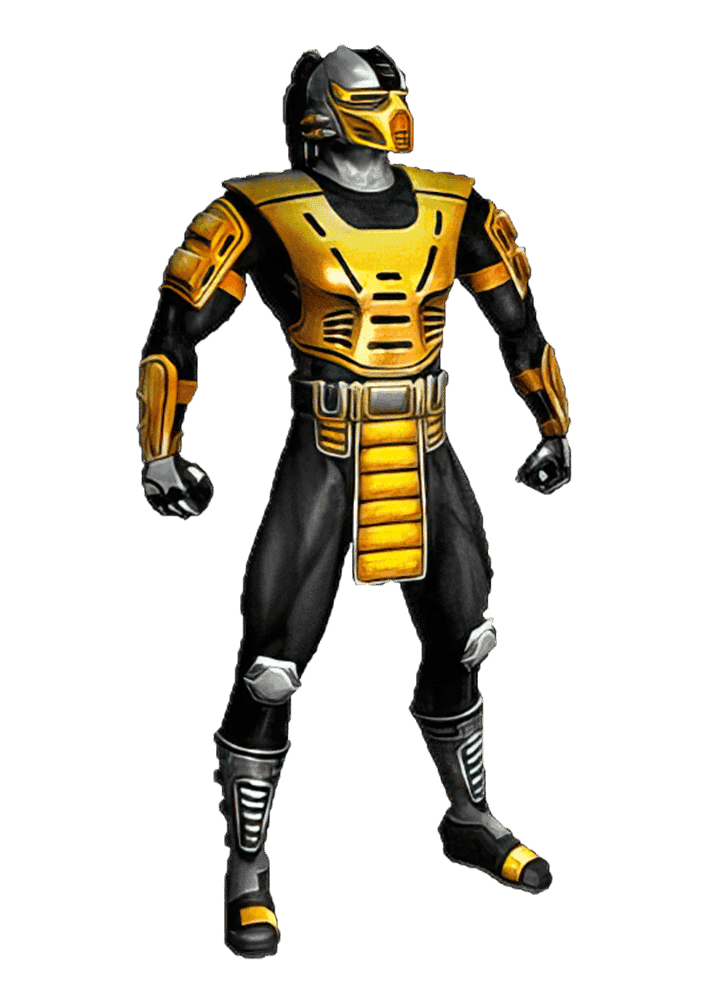 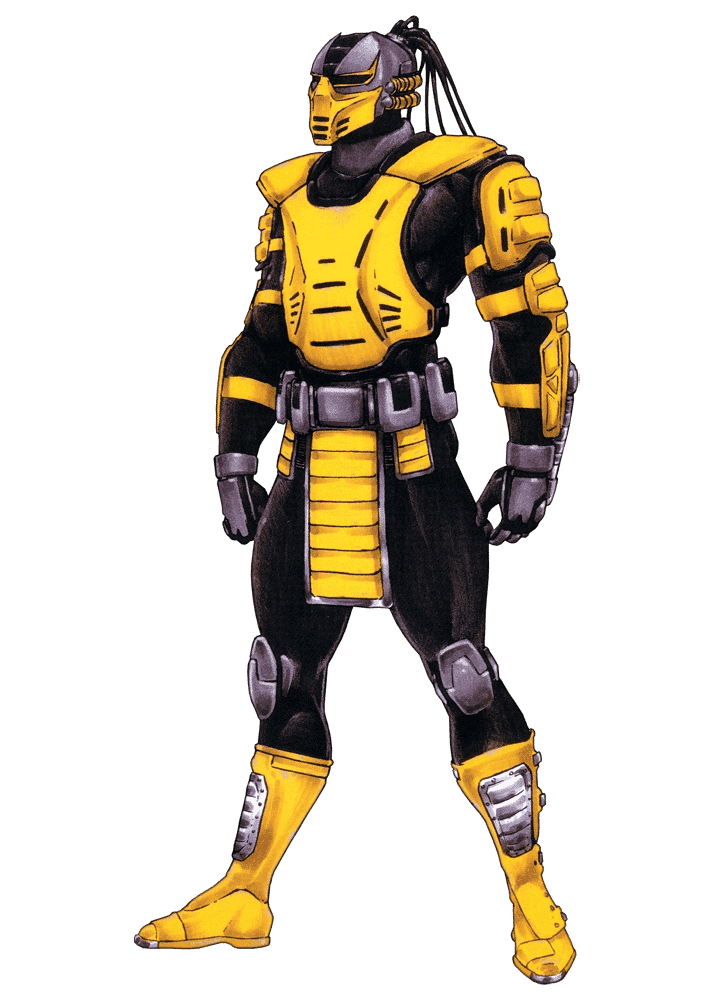 Bio (in-game): Cyrax is unit LK-4D4, The second of three prototype Cybernetic Ninjas built by the Lin Kuei. Like his counterparts, his last program is to find and terminate the rogue ninja Sub Zero. Without a soul, Cyrax goes undetected by Shao Kahn and remains a possible threat against his occupation of Earth.