The items you can get from the collector’s editions of Final Fantasy XIV’s expansions, are still available in the form of an upgrade. You can either get all 4 collector’s edition expansions (for a better price), or in case you already have some of them, you can also upgrade an expansion individually.

The official site doesn’t make it very easy to understand what kind of cosmetic items each one includes, so we’ve grouped them all below, providing screenshots for each one of them, in order to make your buying decision easier! 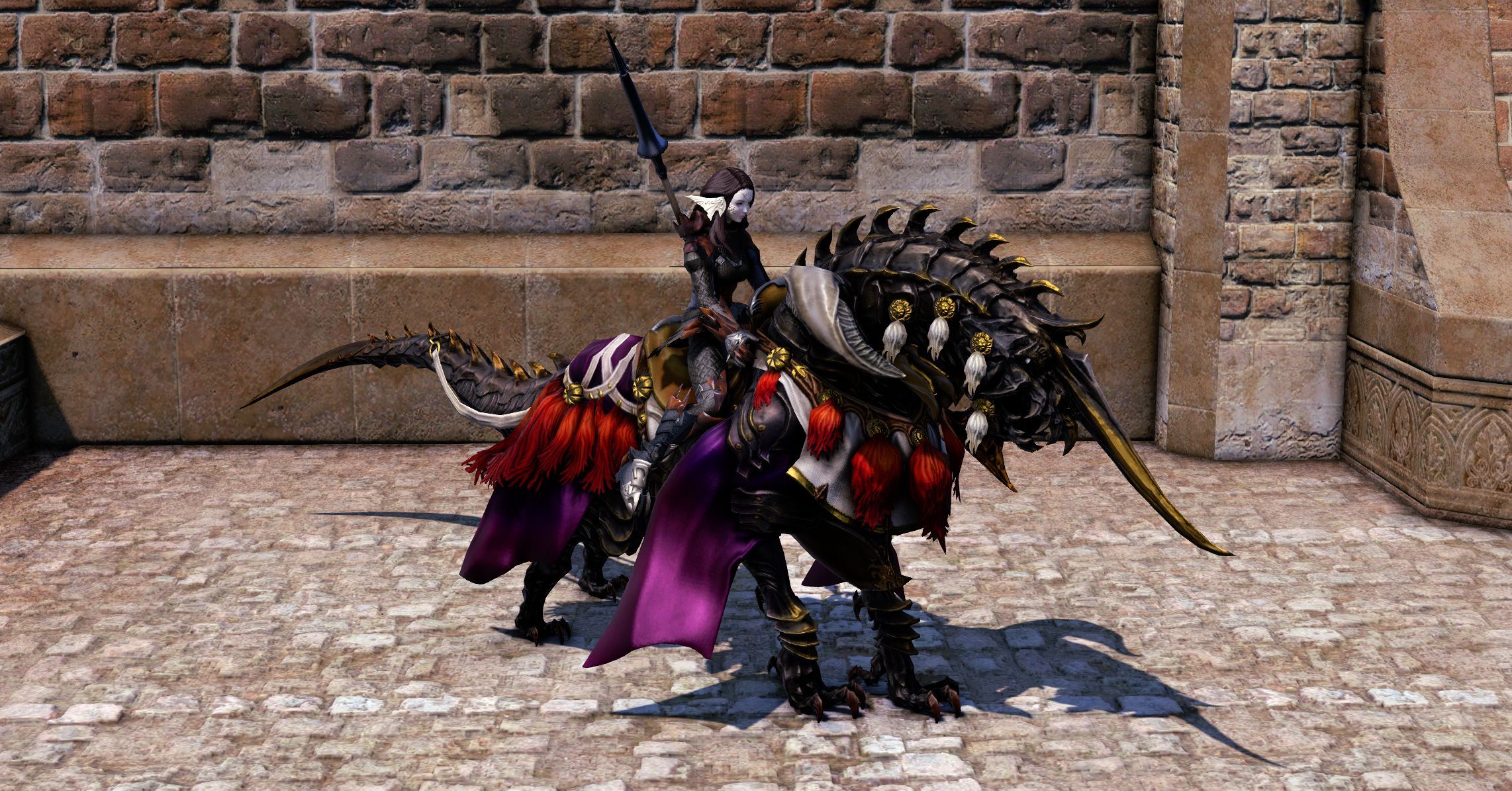 Possessed of a strength of both mind and body that is unmatched in the First, as a mount, Grani has no peer on land nor in the heavens. It is said, however, the noble creature will only accept a rider who has pledged to restore shadow to a land bereft of night. 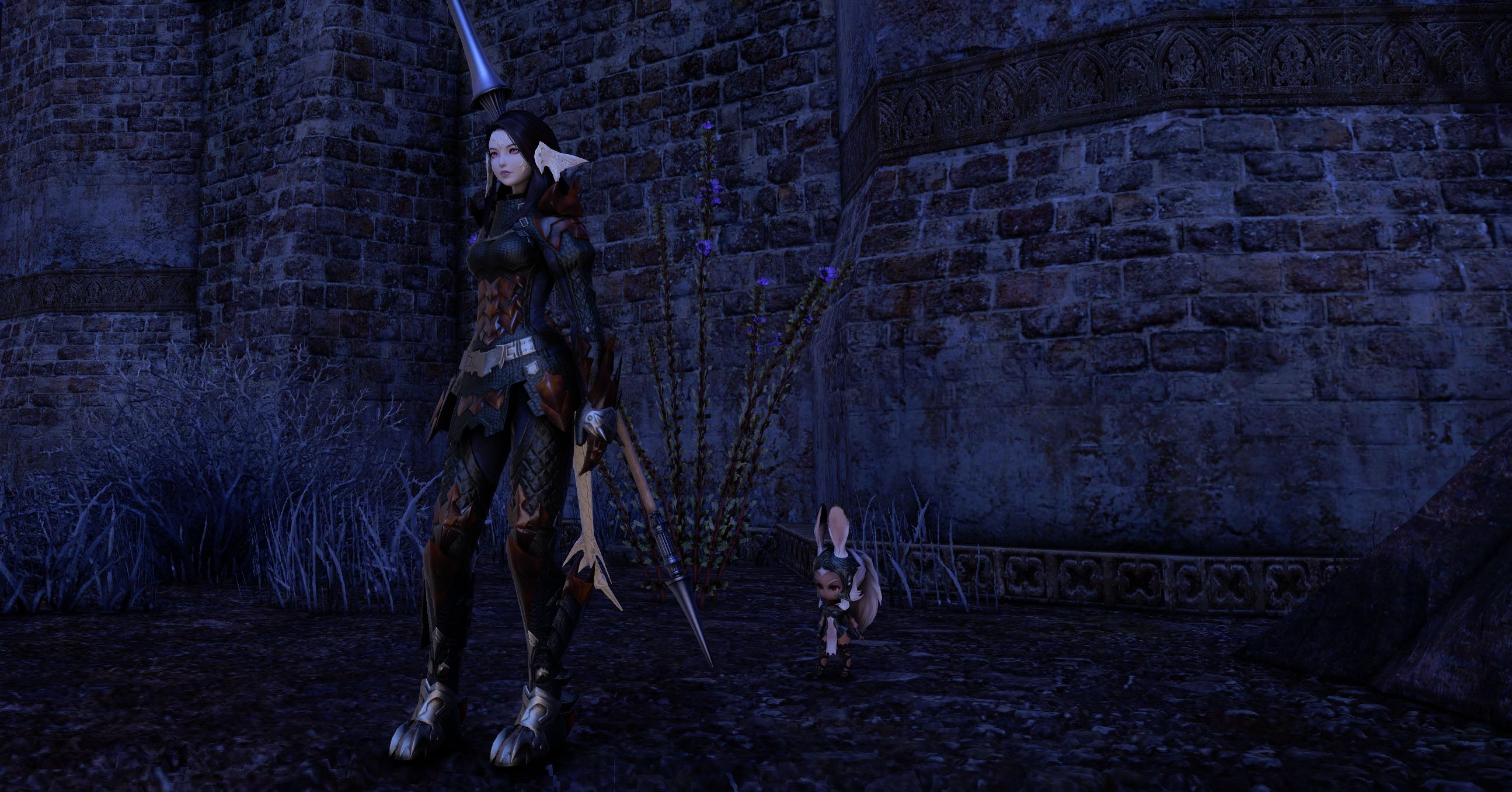 Taking a page from the Scions of the Seventh Dawn, Bangaa fusilier Rinok secretly commissioned the creation of scores of miniature Fran fetishes in an effort to fill the coffers of the perpetually under-funded resistance movement spearheaded by Lente’s Tears. 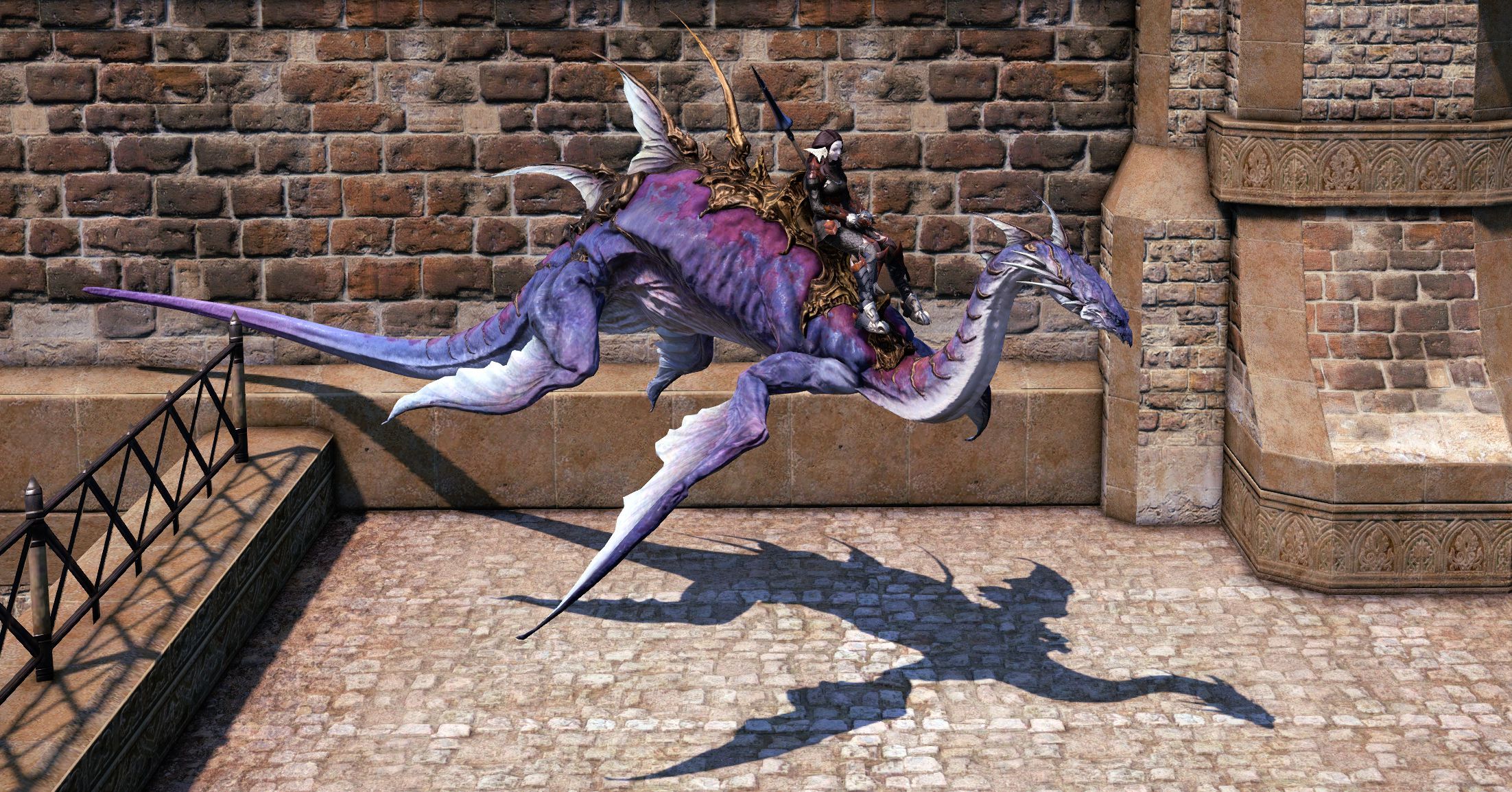 Legends say there once lived a kindly sea dragon who befriended a pirate, and that their friendship knew no bounds. This is not that sea dragon; however, with a little time and caring, who is to say that a similar relationship cannot be forged?
*Sea dragons have no relation to actual dragons. 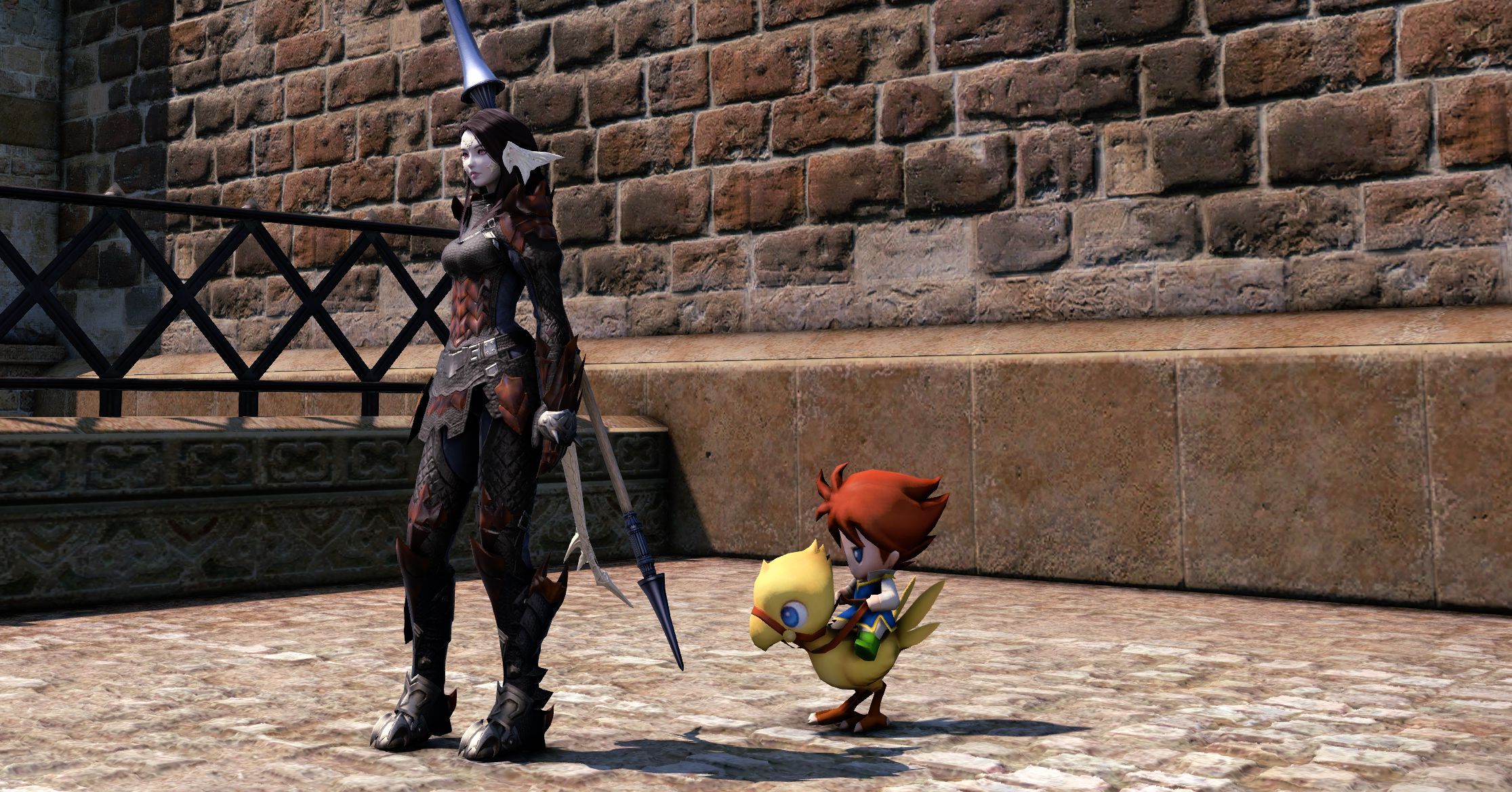 The legend of Bartz and his trusty chocobo steed Boko is known far and wide, their journeys inspiring entire generations to adventure. Though, disagreement as to the appropriate spelling of the carefree youth’s name has led to many a hurt butz. 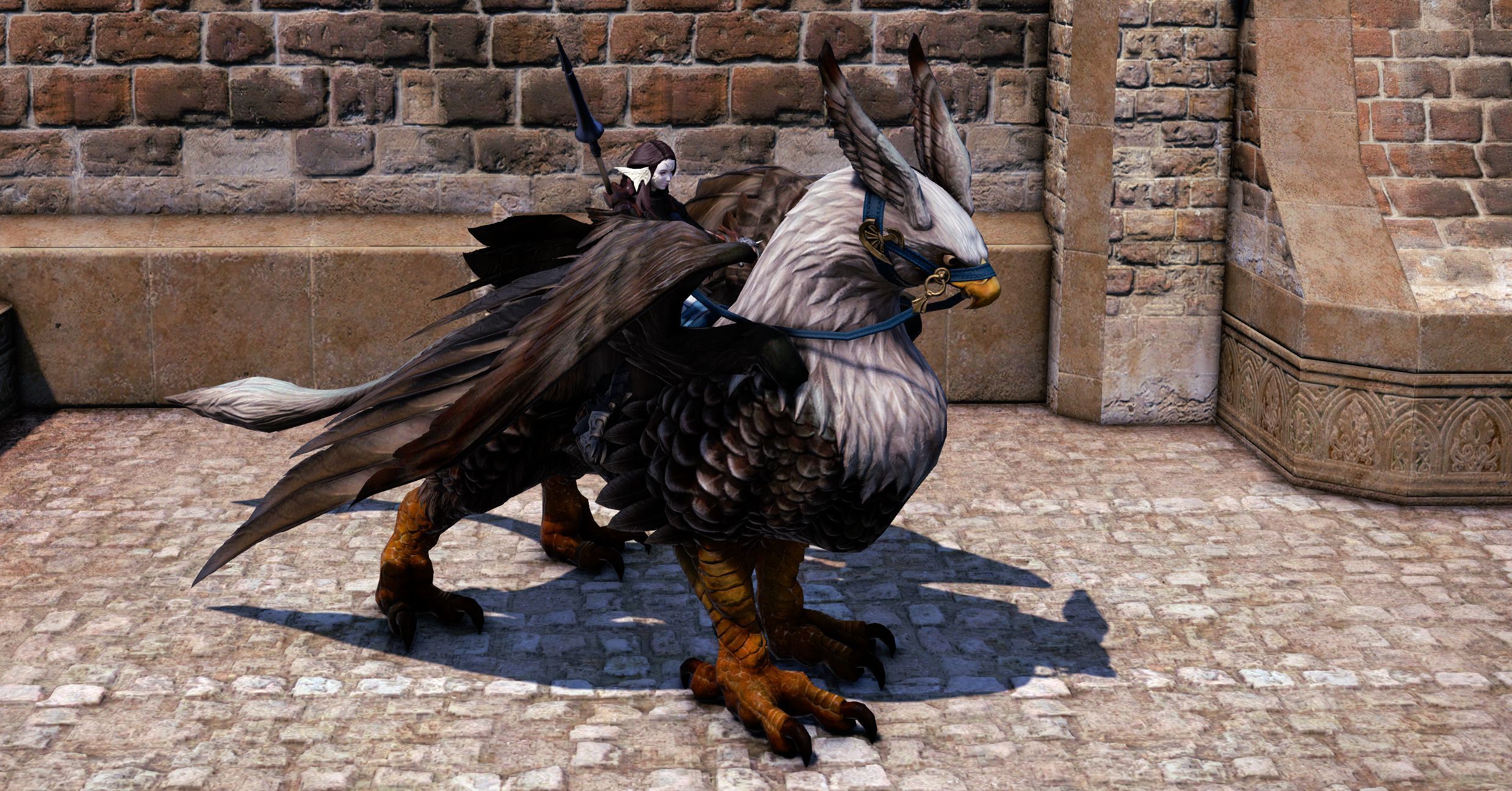 Fantastical winged beasts native to the unscalable peaks of Abalathia’s Spine, griffins actually have a long history of serving as mounts. Indeed, before the city-state’s fall, the Ala Mhigan army maintained a regiment of griffin-back soldiers who would harry opposing forces. 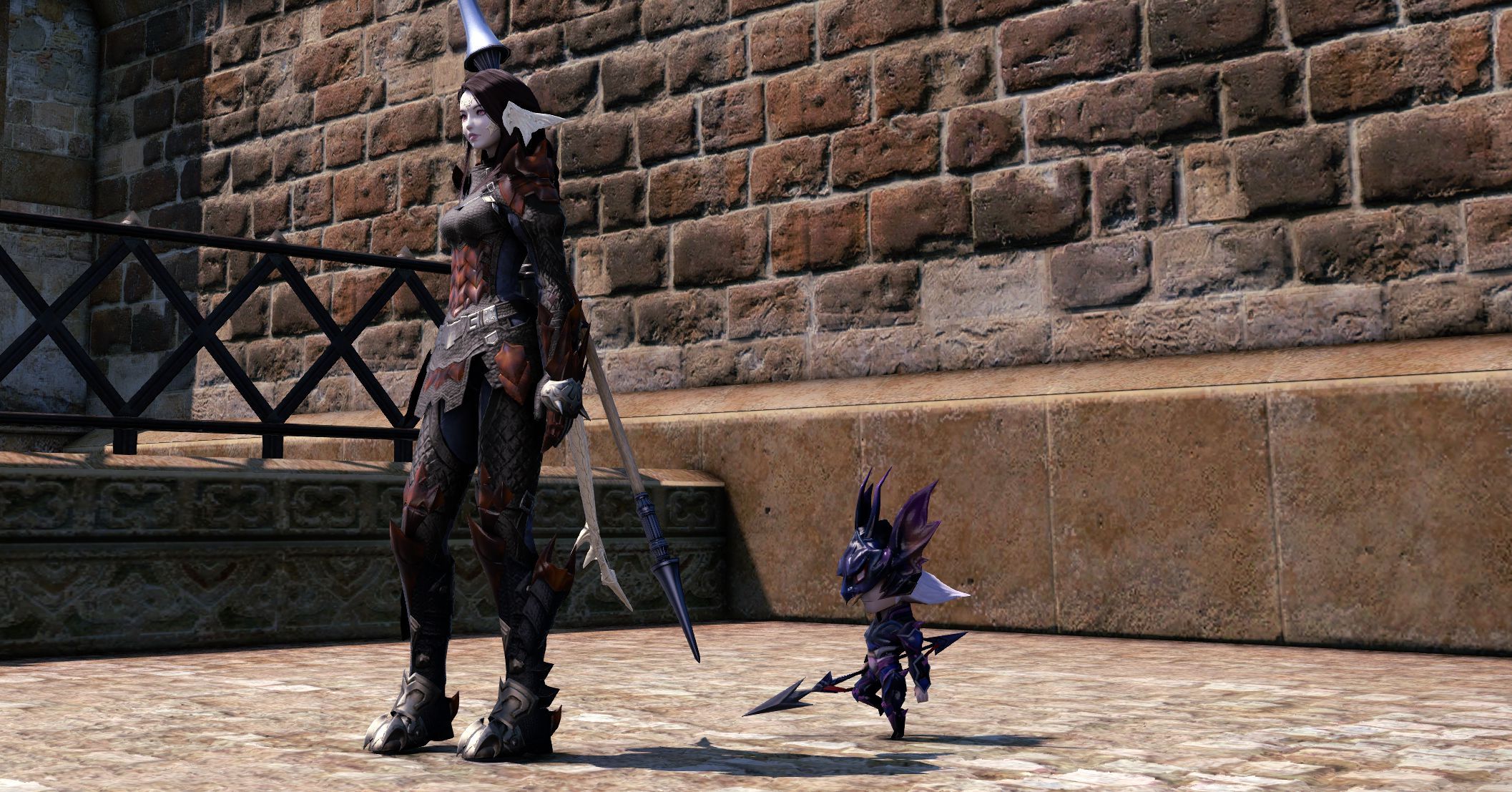 The tale of Kain—the dragoon who abandoned his duty for honor—is well known amongst Ishgardian children. To maximize the height on his jumps, the craftsman of this clockwork automaton lined the main control springs with over-aspected wind crystals. 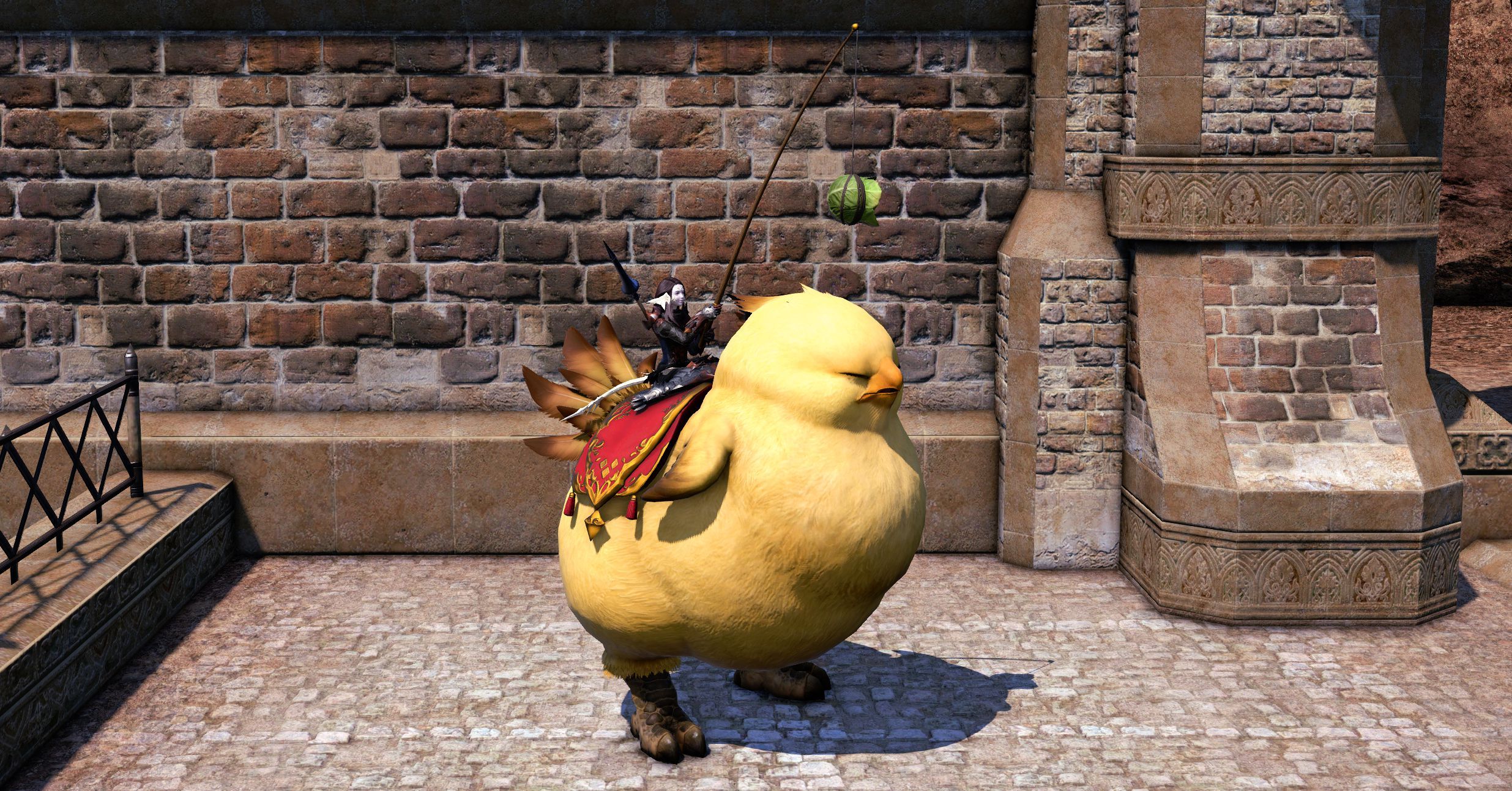 Playfully described by some as ‘large and in charge,” in truth, when summoned, this gluttonous gourmand will flap nary a feather unless a garland of gysahl greens is dangled before him—in which case not even the laws of nature can the fat chocobo down. 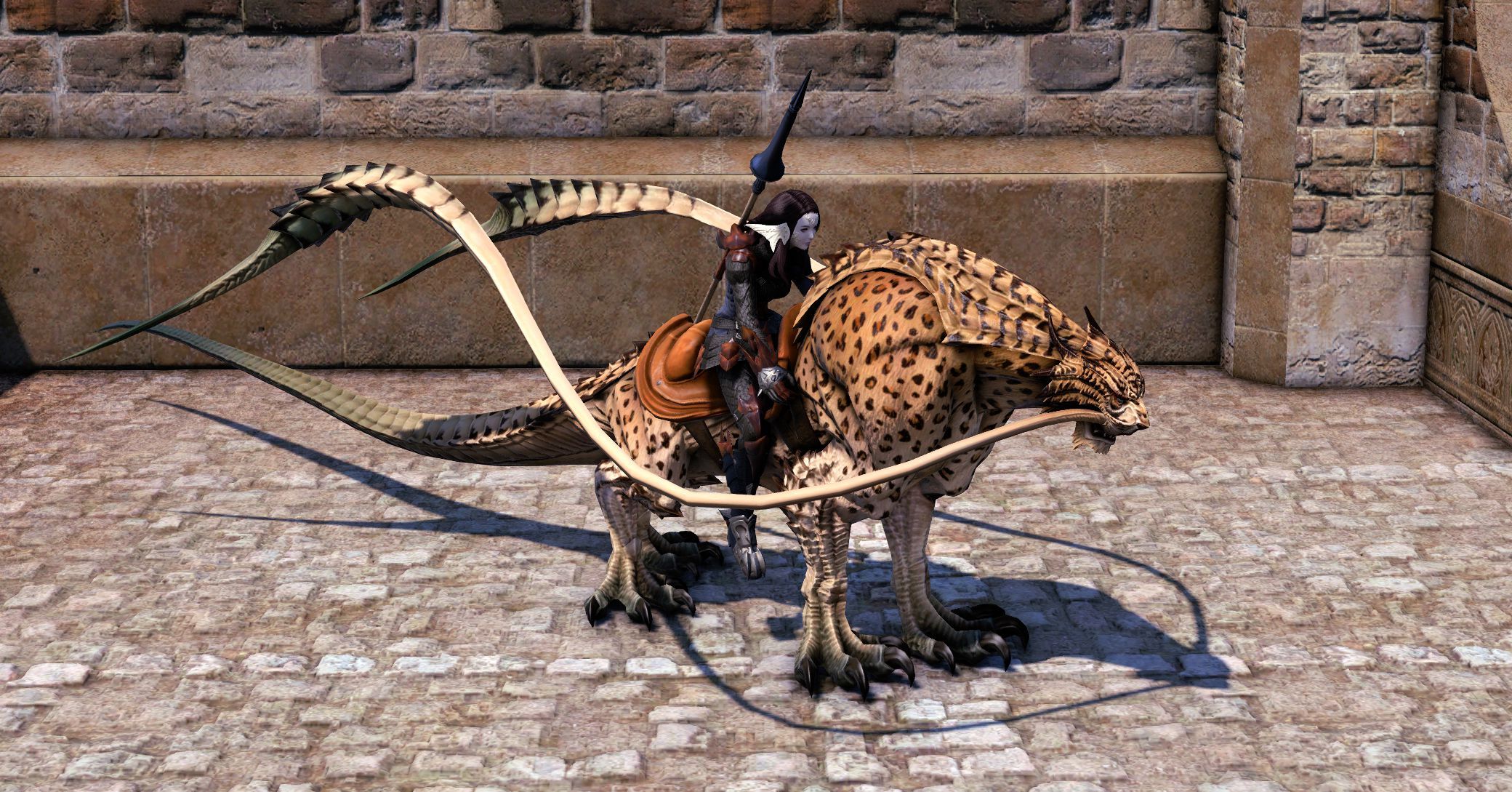 Native to the jungles of the Near East, coeurls were only recently introduced to Eorzea, brought over from faraway lands such as Thavnair by Ul’dahn nobles who thought to breed them as pets. Now, but a handful of skilled tamers living in recluse on the Pearl are said to be able to train them. 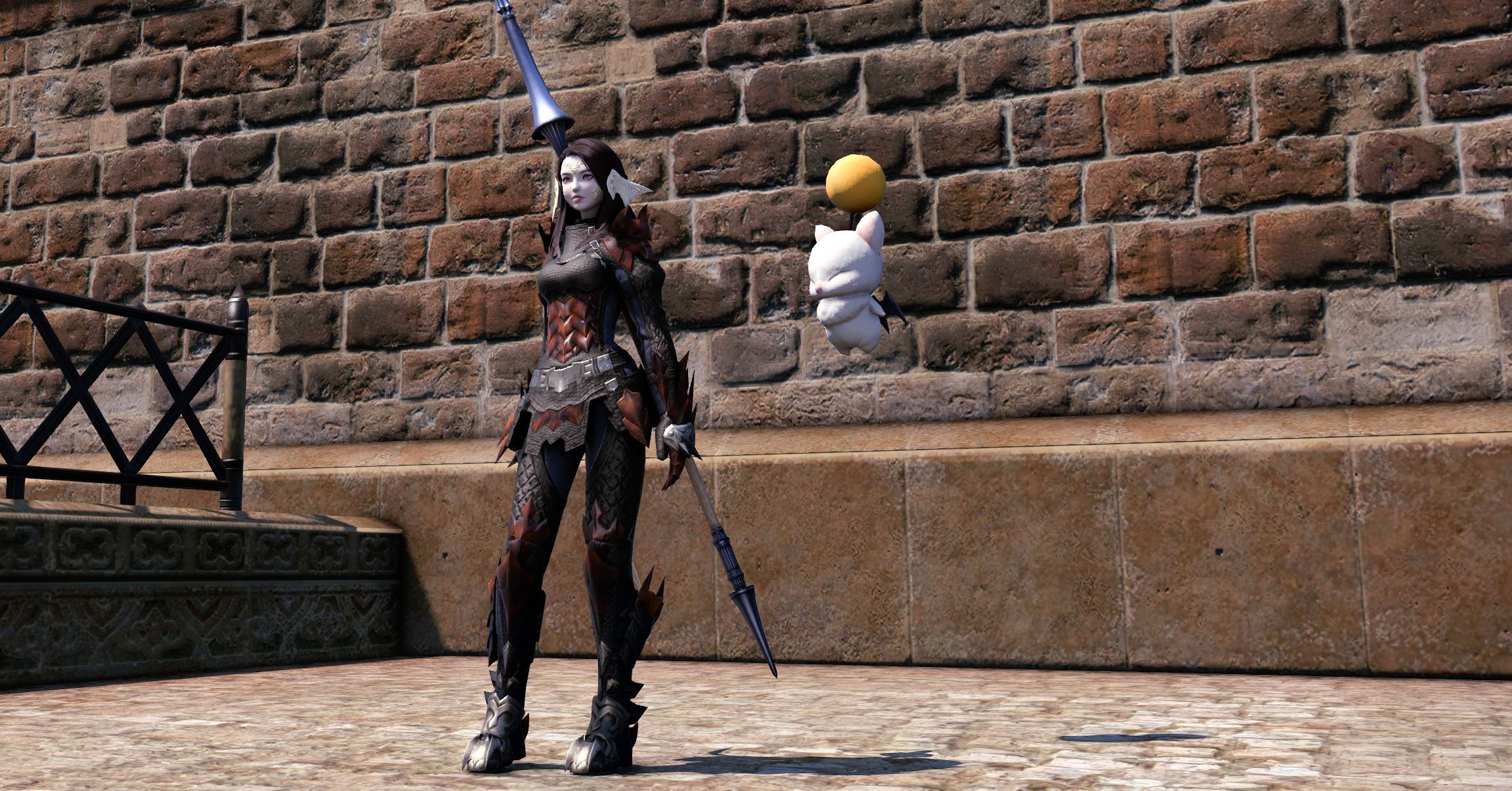 A creation born of 90% love and 10% jealousy (or was that 90% jealousy and 10% love?), this clockwork masterpiece was conceived after the moogles of the Black Shroud began noticing all the adventurers with their new shiny minions, and decided they were not about to be left out. 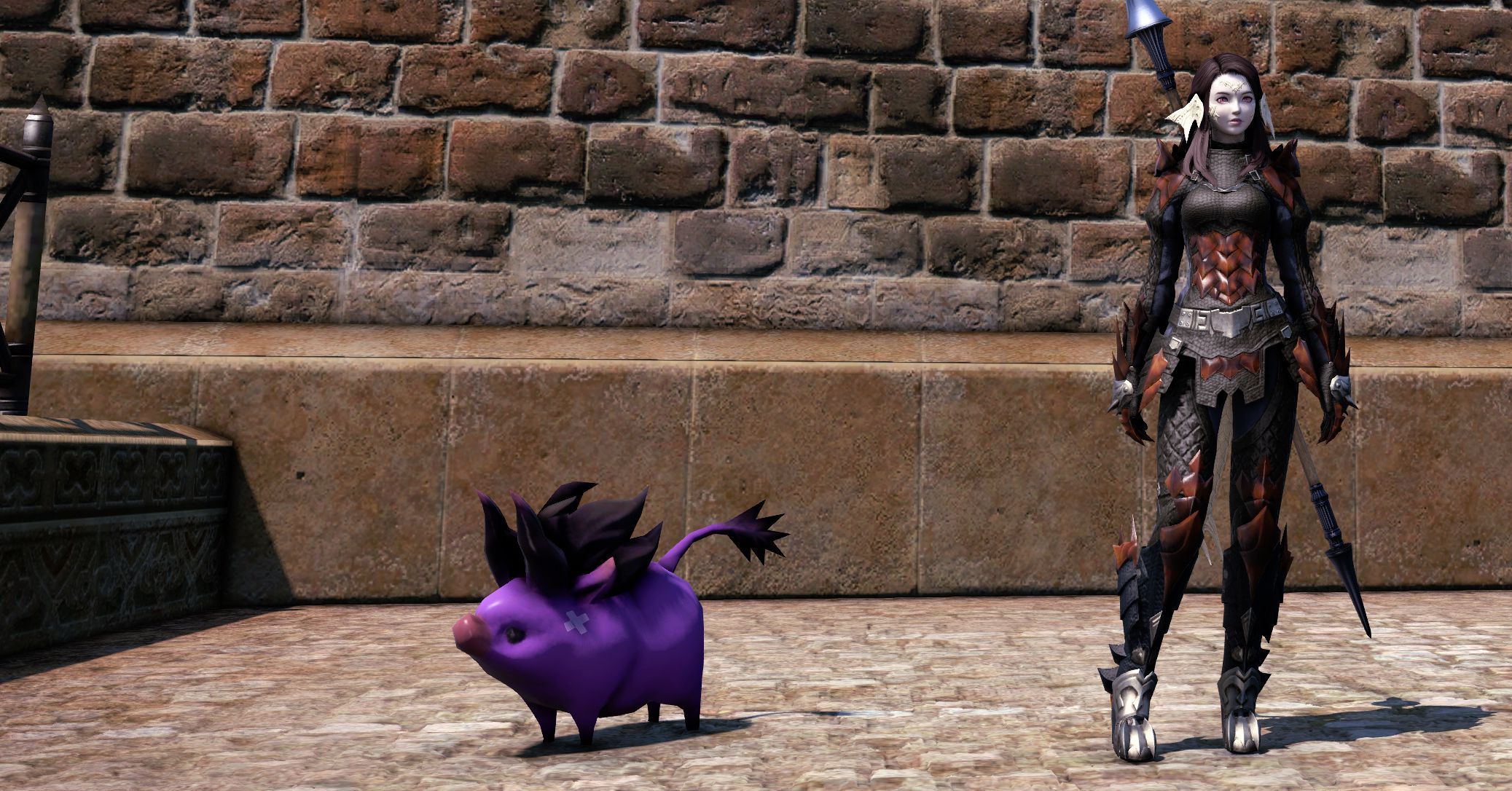 Obtainable in Ul’dah’s Sapphire Avenue Exchange for a fistful of coin and a smile, the pedigree of this baby beast is questionable at best. While displaying many behemoth-like features—a sleek violet hide, hungry eyes, and two polished horns—its squealing is not unlike a boar at slaughter. 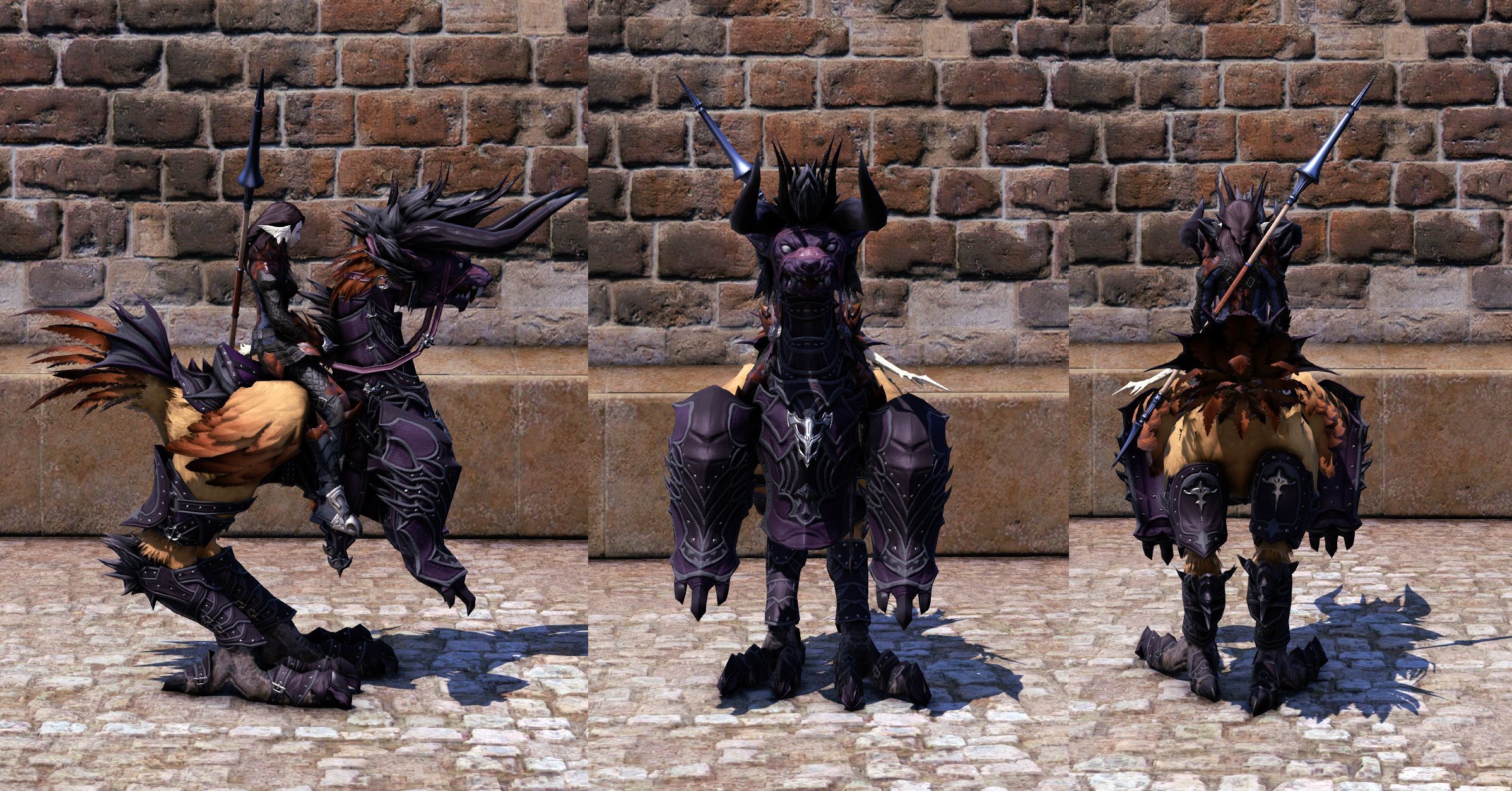 Helm of Light (All Classes)