Everyone knows that League of Legends tanks are OP, but are they really? We dig into the data from millions of ranked LoL matches to find out the truth!

If you’re one of the vast majority of League of Legends players at or below Gold Tier, you’ve likely heard how there’s an obvious Tank meta and have thought that “Riot should just nerf these tanks already.”

Riot tags every champion in League of Legends with a primary champion class. Many champions also earn themselves a secondary class. There are six champion classes to choose from. They are Assassin, Fighter, Mage, Marksman, Support, and Tank.

Sometimes the distinction between primary and secondary classes is a little confusing. For instance, Riot has decided that Braum is a support first and tank second. Yet, Galio is primarily a Tank and secondarily a Mage. We only place a small amount of importance on primary vs secondary classes. What matters is that they are both tanks.

The League of Legends Tanks Meta

Tanks are strong champions that can take a beating. While they aren’t usually able to deal a large amount of damage themselves, they often have great crowd control abilities that make them large threats.

In team fights, tanks usually fill one of two roles: 1) engaging with the enemy team and drawing fire while their carry allies dish out massive damage or 2) protecting their carries so they don’t get dived by enemies. Having multiple tanks provides a lot of flexibility to both engage and cover your carries.

Many players have grown to believe that items, runes, champion stats, and the current solo queue meta favor tanks heavily. In fact, tanks in League of Legends fill out many of the top-tier champion rankings. Furthermore, teams with multiple tanks often do very well.

Over a random sampling of four million matches, tank champions won more often than any other champion class (50.8% of the time). This seems to indicate that players should always favor tanky champions during champion select and that most teams should have multiple tanks to maximize their chances of winning.

Do Tanks in LoL Always do Better?

While the data clearly shows that tanks do better overall, when don’t tanks perform well? Interestingly, tanks don’t perform well at higher-skilled tiers. You can see in the figure below that the value of tanks falls as player skill increases.

Tank win rate falls off very quickly after Platinum tier as player skill and team coordination begin to grow significantly. While there may be a tank meta in League of Legends, it is clearly confined only to the low tiers.

No wonder Riot doesn’t nerf tanks any further; they’d be unusable at higher tiers if they did.

Why Are LoL Tanks Bad in Professional Tiers?

There are three likely reasons why tanks in LoL don’t do very well in the higher tiers.

If you have any additional thoughts or other theories why the League of Legends tank meta fades away in the higher tiers, please let us know in the comments below.

Our Methods to Analyze LoL Tanks & Other Classes

To conduct this analysis of League of Legends tanks, we used the summary statistics of more than 4,000,000 matches pulled directly from Riot Games’ API. Because champions can have either have a single primary class or both a primary and secondary class, we performed a weighted average of wins by champion and tier.

This weighting scheme was done to primarily focus on the dedicated League of Legends tanks while still allowing for contributions from other tanky champions. 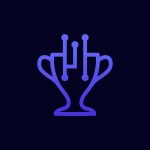 I've been an avid League of Legends player, and a content creator at MOBA Champion for over 4 years. When I'm not playing League, I'm probably digging into data, uncovering interesting trends to write about!