Path of Exile - All Classes & Ascendancies - What to Play

Path of Exile features 7 classes and 19 ascendancy paths they can evolve to later in the game. They revolve around the 3 main attributes of Strength, Dexterity and Intelligence, with each class excelling in 1, 2 or even 3 of these attributes at the same time.

There’s an unending number of possibilities and unique builds you can create in Path of Exile, so choosing a class can be quite daunting to a newcomer. This guide aims to help you identify the main characteristics of each class / ascendancy, and provide an overview you can easily reference back to. 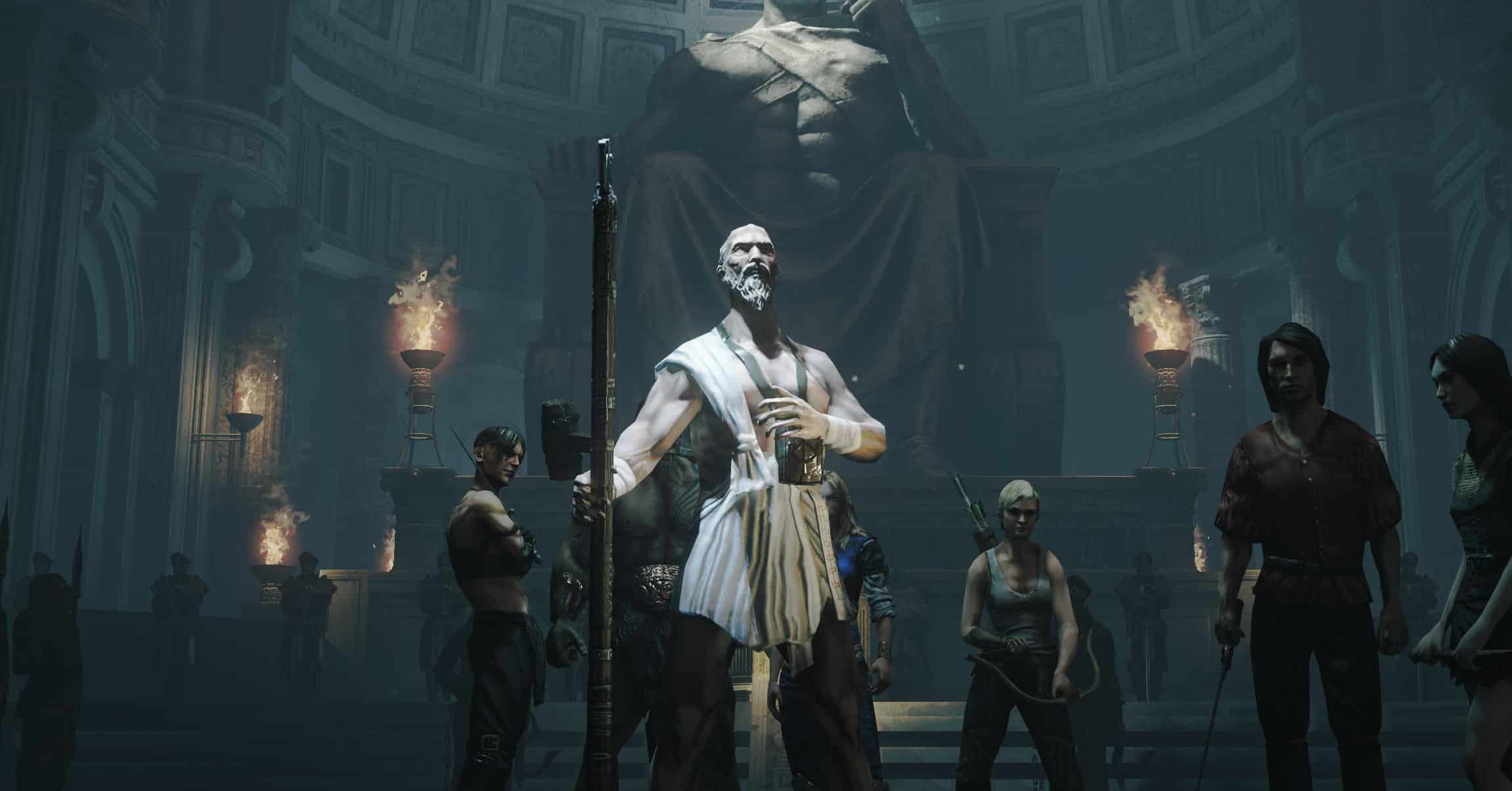 You swore, sinew and soul, to serve God and the Order of the Templar. For years you built a life upon faith, only to smite it asunder with one sinful blow.

And is that not the greatest folly of all? To lose Faith when it’s all you have left?

You were once the Chosen of God. A Templar. You are now the chosen of Wraeclast. An exile.

Templar fits the “Battlemage” archetype perfectly – a powerful spellcaster with high survivability, that is also adept with melee weapons and shields. Templar is a STR / INT hybrid class, however most builds will focus on wielding powerful spells or Totems.

The Guardian resembles a Paladin, having strong tanking & support skills, as well as powerful defensive auras. Definitely a great choice when you are playing with a party, but an arguably slow (but highly survivable) choice for a single player.

The Hierophant is an ascendancy path that focuses on spellcasting, and especially totems and brands. With a huge mana pool & mana regeneration, you can run a truly hybrid and multi-purpose build, that will let you enjoy all parts of the game.

The Inquisitor takes advantage of both spell and physical power, with the main focus being his elemental damage. Employing big critical strikes and elemental ailment immunity AoE, they can perform great in either single or multiplayer scenarios. 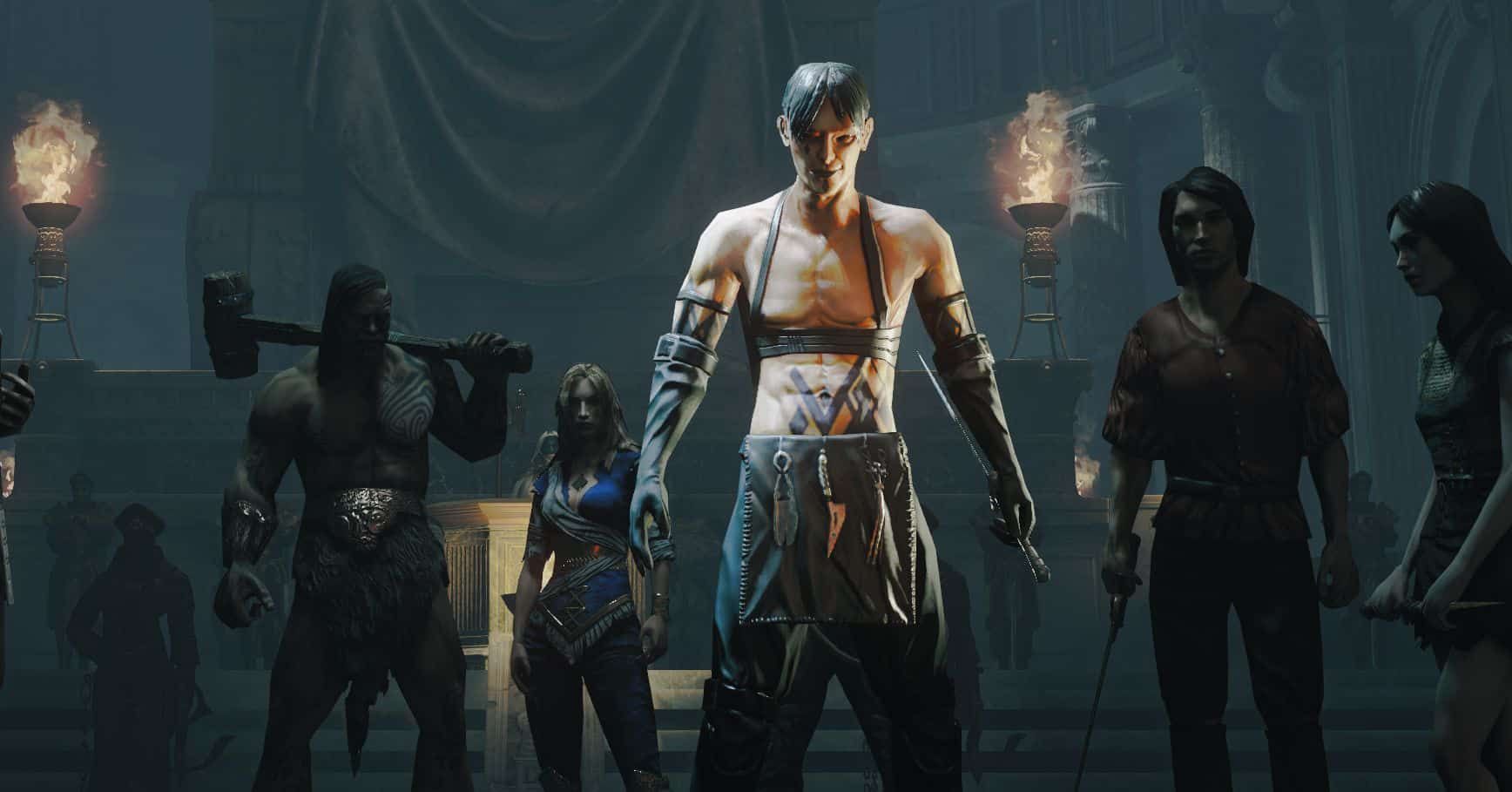 You were born with quickness of body and sharpness of mind. How have you paid for these gifts? With innocent blood.

Yours is a predatory profession. The business of butchery. You have stolen many a life to fill your purse.

Now you will earn your redemption in Wraeclast.

Shadow – more commonly known as Rogue in most RPGs – will use both his blades and his poisonous spells in order to dominate the battlefield. Positioning plays an important role in his survival, and lets him deal lethal critical damage. An advanced classed aimed towards veterans, so skip ahead if you are just starting out!

The Assassin is the deadliest path of the Shadow, employing huge critical strikes that synergize with his poison skills. He’s the best choice if you’re just getting into Shadow’s playstyle, and far more forgiving than the other 2 ascendancies.

The Saboteur is a technical killer, relying on traps, mines, and elegant positioning in order to take down his foes. A challenging class that’s aimed towards PoE veterans, and those keen into getting deeper into the mechanics of the game.

The Trickster focuses on damage over time skills, paired with hit-and-run tactics. If you enjoy kiting enemies and taking advantage of your position at all times, then he definitely won’t disappoint you. 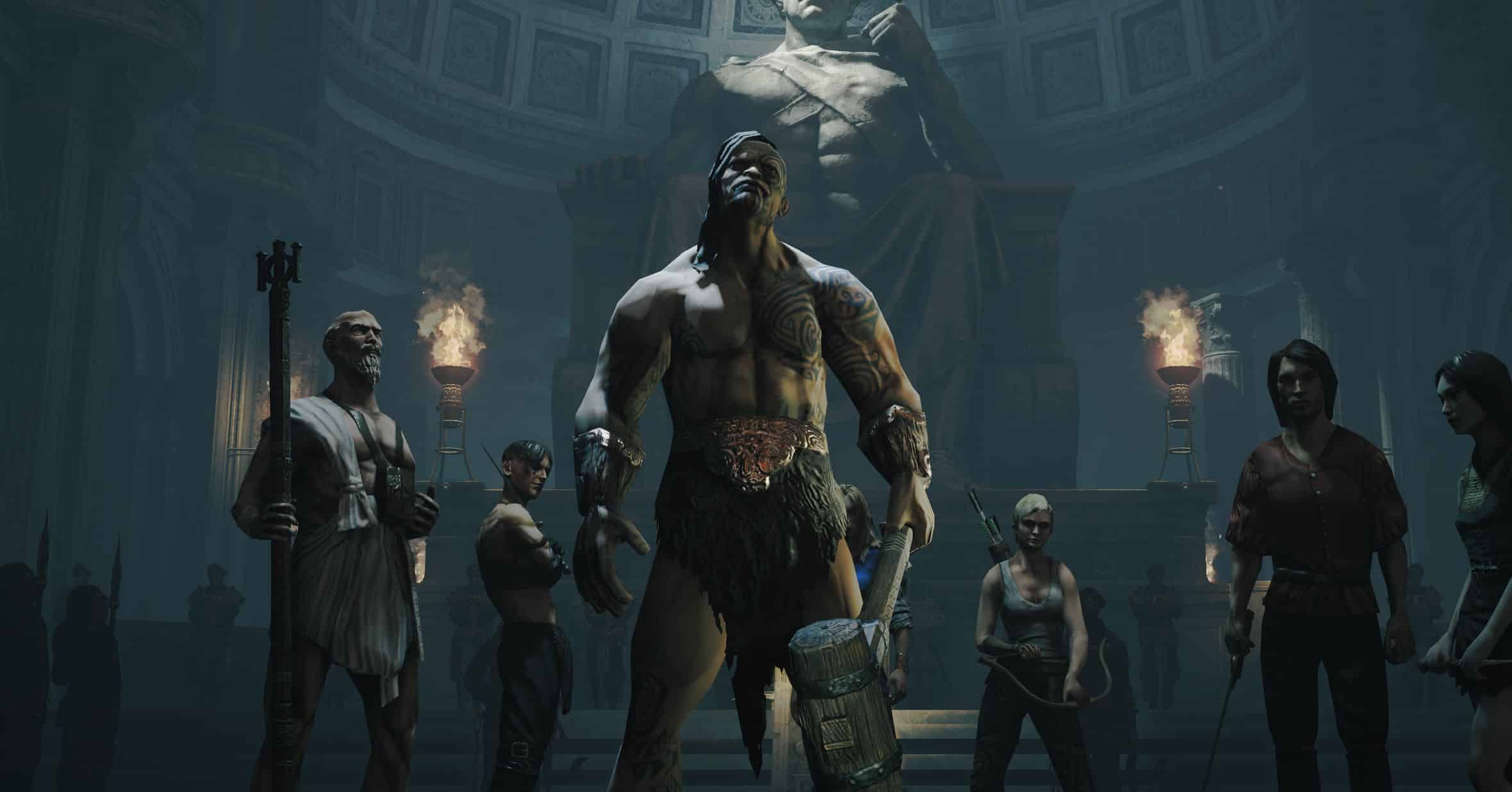 Do you think you are savage enough to face the land of the damned, Marauder?

We offered you truth yet still you clasped your superstitious lies. We offered you service, yet you wasted your strength in defiance.

Wraeclast offers you something else: an education in true savagery.

Marauder is a pure Strength class, so expect him to survive a lot of damage, and deal even more in return! Melee fans will appreciate his wide array of skull-smashing abilities, as well as his flexibility to adapt in different combat scenarios.

The Berserker follows the classic archetype of the same name – he gets more powerful while his Life is depleted. He’s the most offensive variant of the Marauder, and will definitely please any blood-lusting RPG addicts.

The Chieftain employs a “Shamanistic” gameplay, focused around fire damage and the use of life-leeching Totems. A solid hybrid that blends Juggernaut’s tankiness with Berserker’s damage capabilities.

The Juggernaut is a concrete tank with high damage mitigation and CC resistance. A solid path to take if you find yourself dying too much as a new player, or you get high from face-tanking hordes of enemies! 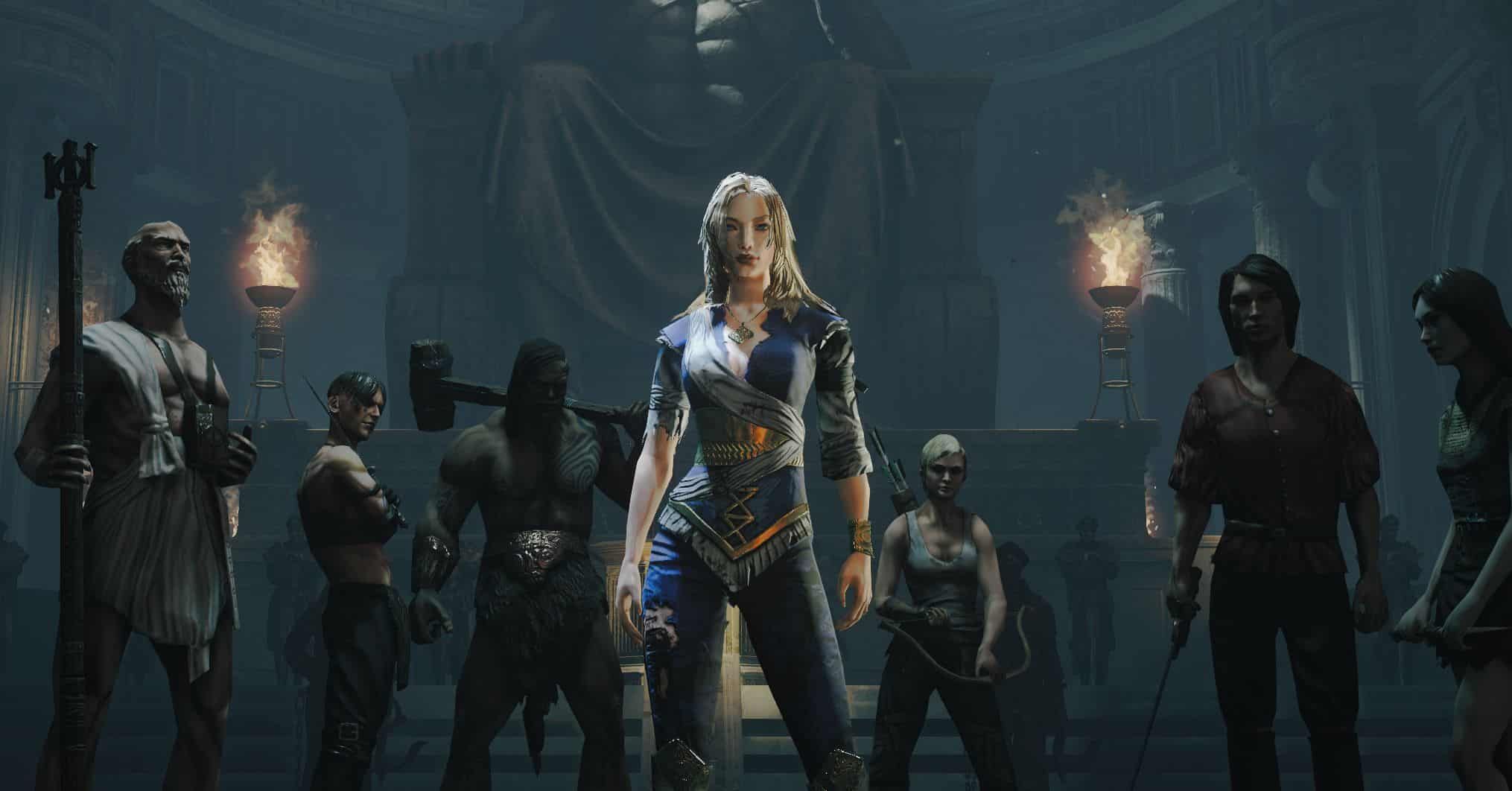 A scion is perfection in mind, body, and grace. The crowning glory of our civilization, offering us hope, offering us light.

But you gave us only murder and darkness.

May Wraeciast embrace you as we cannot, for your very presence has become too painful to bear.

Scion is equally strong in all 3 attributes, and the most hybrid of all the classes. She’s not available to new accounts, as you will unlock her during Act 3. Starting in the middle of the passive skill tree, you will have the most freedom into creating your own build – so make sure you know what you’re doing!

The Ascendant is the only path Scion can ascend to, but that doesn’t diminish its power. It’s as hybrid as it gets in PoE, as you will be able to choose powerful Passives from other Ascendant Classes, and create a truly specific build, that’s unique to your taste.

I would highly recommend against picking up this class if you are a newcomer, since having some prior knowledge will help you understand the Scion’s capabilities much more effectively. That’s not to say she’s the hardest class you can play, so by all means try her early on if you so desire – I know I did! 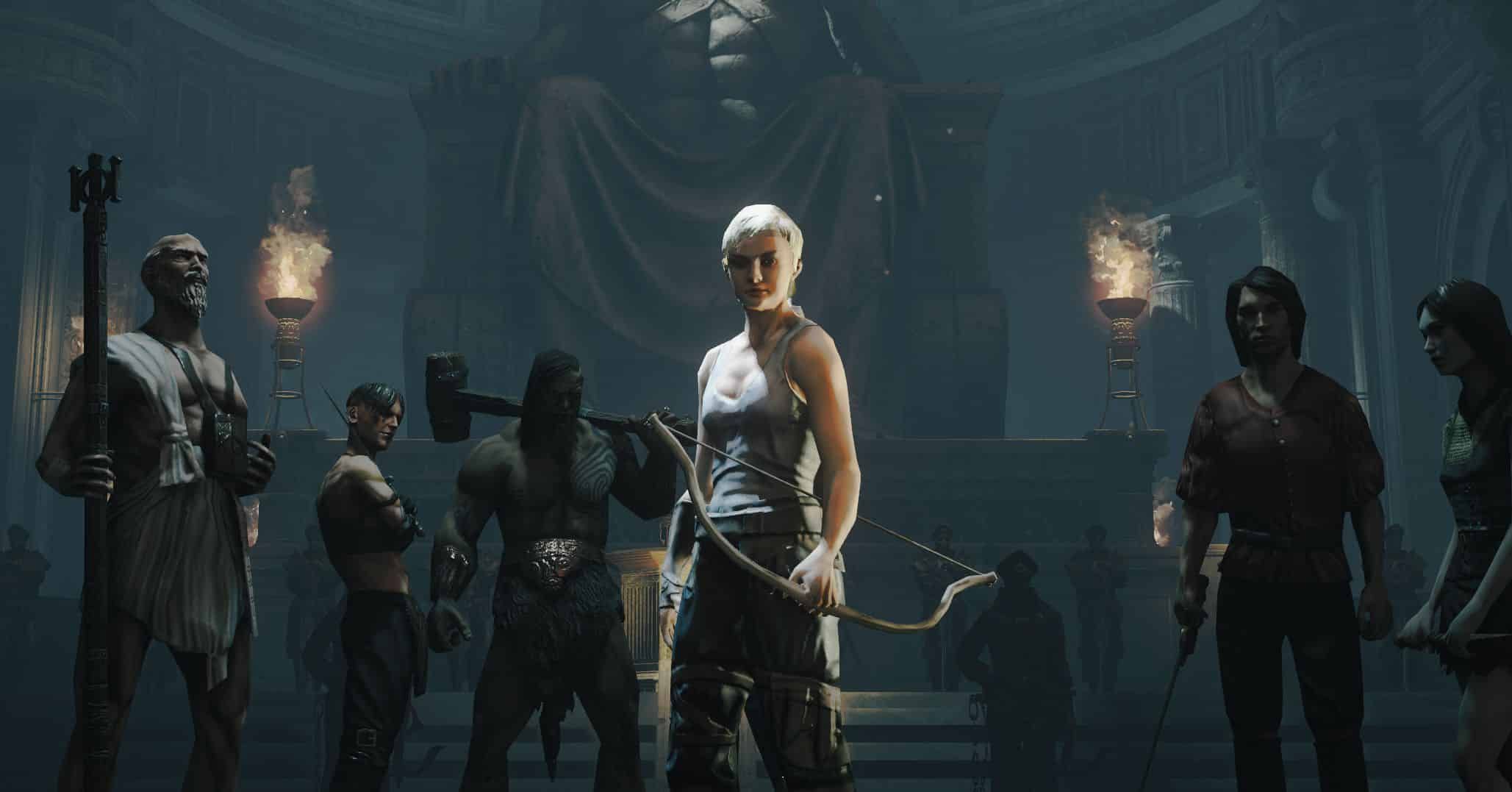 Swift and silent you stole the bounty of others.

A crow that plunders our crops. A stray dog that slaughters our sheep.

Oriath is a land of men, not animals. Think on that, ranger, when Wraeclast shows you how to truly live like an animal.

Ranger is extremely mobile, and an expert at avoiding damage – since receiving it puts her in a very tough position. Bow-lovers will have a blast with her, but beware – she’s a high maintenance partner, so don’t expect a peaceful ride!

The Deadeye is the true master of the bow, providing a deeply engaging experience to projectile fans. You don’t want to get caught between enemies with this one, but don’t worry – you certainly have more than enough skills to obliterate them from a distance.

The Pathfinder is a flexible and advanced ascendancy path, that is proficient with both spells and physical attacks. Through the extensive use of Flasks, they can provide multiple buffs and even immunity to elemental ailments.

The Raider can safely equip melee weapons, and is focused more on high evasion / high attack speed builds. With constant Phasing and insane mobility, it’s an ascendancy that advanced players can have a lot of fun with. 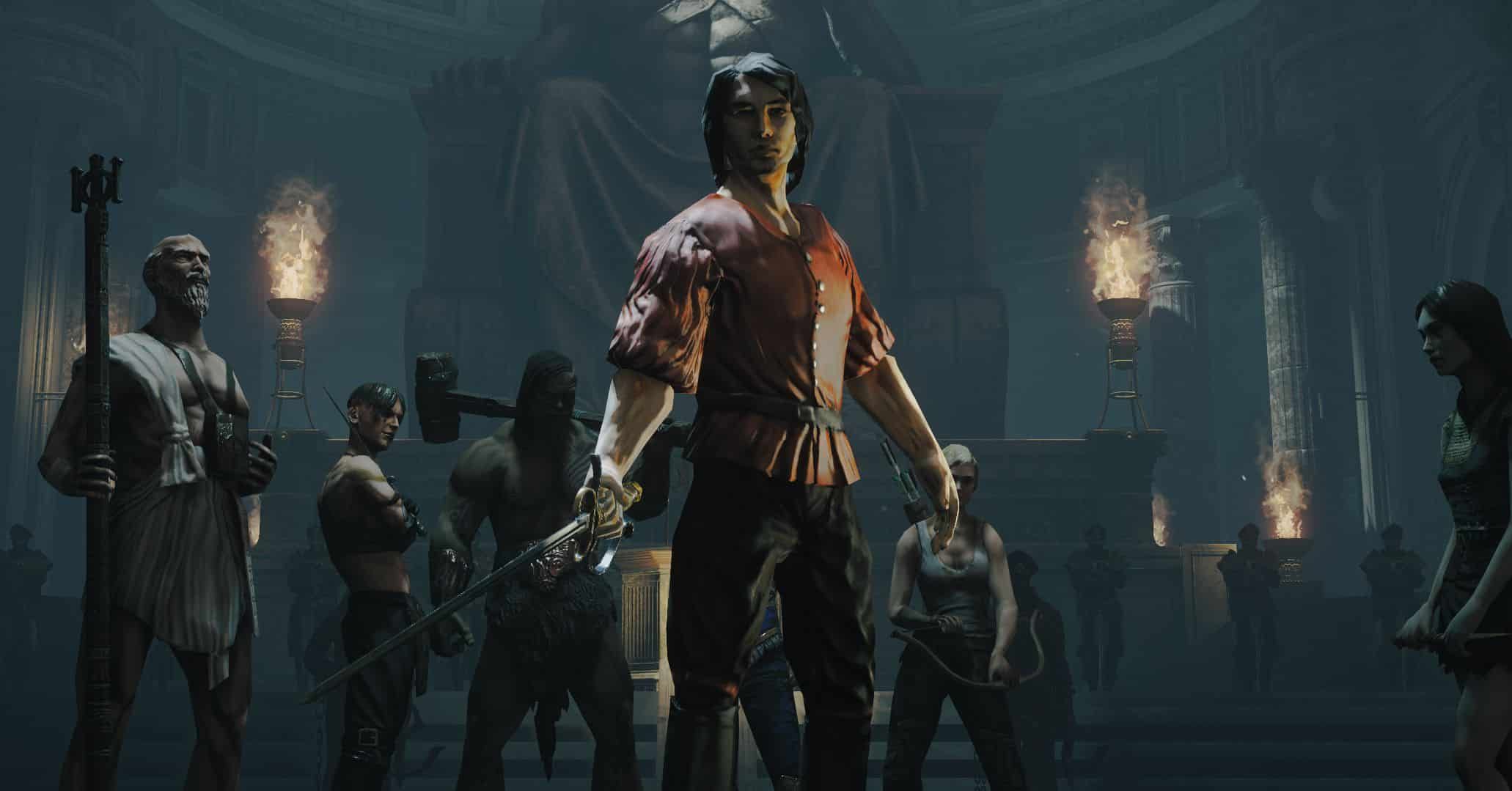 You were born to be swift and strong. What did you do with your gifts, Duelist? You squandered them on self-indulgence.

Sin has led you here, your path inked in the blood of gratuitous murder.

You have betrayed the grand arena. Now Wraeclast shall be your audience… And your foe.

Duelist can deal and avoid damage very effectively, while swapping effortlessly between offensive and defensive gameplay. He’s not as brutal as Marauder, or as technical as Shadow, but a balanced version of the two classes, making him great for new players.

The Champion offers a great mix of offensive and defensive capabilities, and can prove a valuable party member through the use of taunts and Banners. A great all-around ascendancy path, that can perform well under any circumstances.

The Gladiator is effective with both dual-wielding and one-hand / shield combos, offering good blocking abilities with either. An ascendancy path balanced around defense, offense and mobility, which leaves a lot of room to explore builds.

The Slayer is a powerful single-target fighter, that excels at physical attacks and boss fights. Your AoE damage isn’t lacking either, and with the more kills you get – the more ferocious you become! 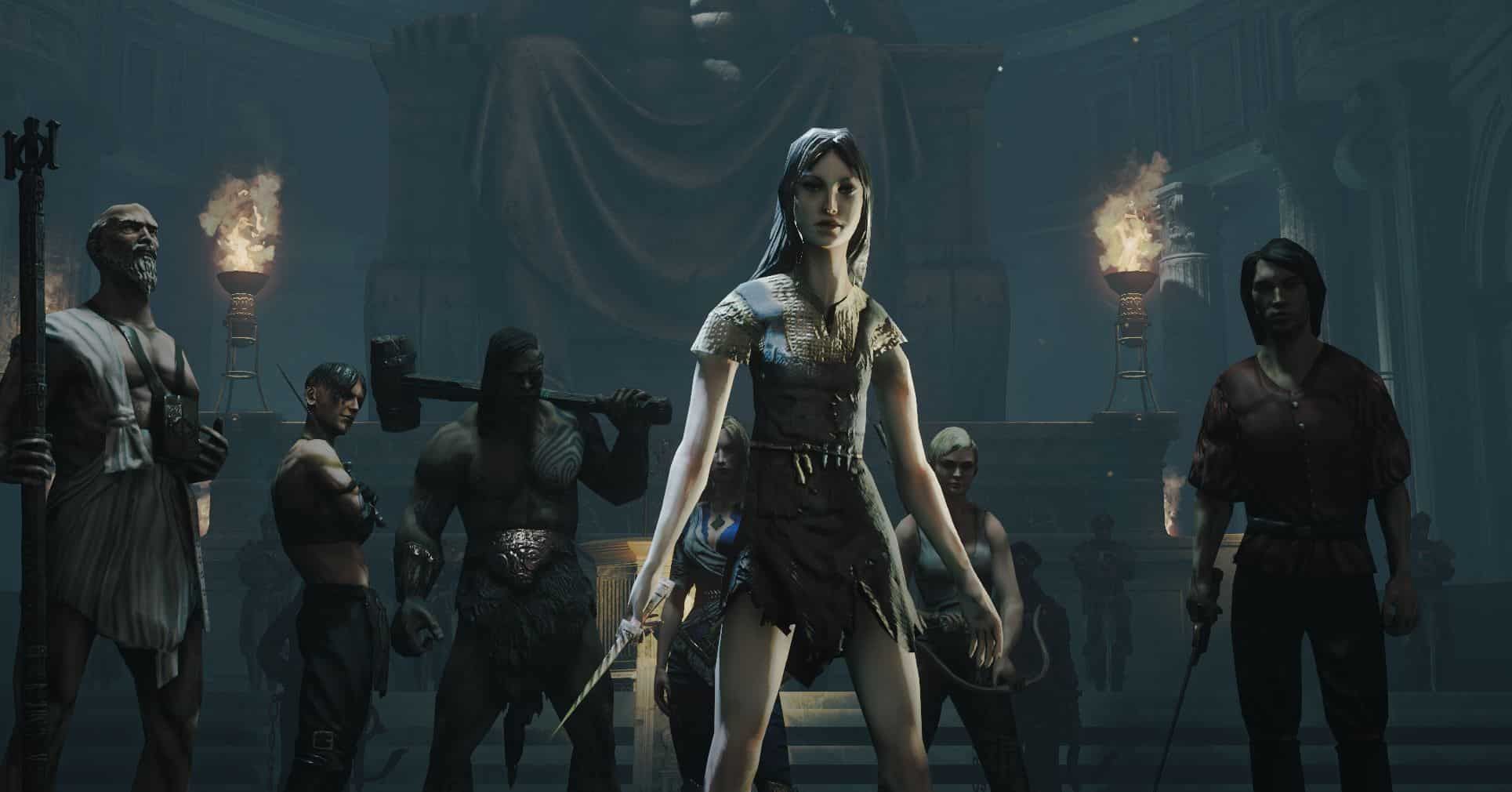 Why do the keen of mind seek to satiate their curiosity in darkness and depravity?

Innocence is our father, Oriath is our mother. When a daughter strays from the light, she makes herself an orphan.

Learn well the lessons that Wraeclast will teach you, witch. It is your only hope of finding your way home.

Witch is the most popular PoE class – and for good reason. Her massive spell powers make for endless build customizations, and insane amounts of damage. If you can stay alive that is!

The Elementalist is the most powerful user of elemental damage in PoE, but requires real passion to overcome her defensive weaknesses. A true spellcaster that can result in extremely fun-to-play builds, and huge replayability.

The Necromancer is the strongest “summoner” in PoE, so if you enjoy running around with multiple pets that do the killing for you – look no further! Combine your undead minions with Necromancer’s powerful auras, and you can have a truly “hands-off” build.

The Occultist excels in damage-over-time spells and curses, while holding a strong bond with her energy shield. An ascendancy with high survivability compared to the Witch’s overall “glass cannon” nature, that can provide a huge array of unique builds.