PayDay 2 is THE heist game, and one of the best looter shooters still around. With a very good selection of heists to choose from, it has something for everybody. Every heist is like an action movie, and offers a great deal of tension, action and most importantly fun.

Also, please note that you don’t need to own any of the DLC content to play it. PayDay 2 only requires the host to own the DLC content, which makes heists available for the rest of the players.

With the sequel still in development, PayDay 2 still has a lot to offer and it still has new content released regularly. So, without further ado, here’s our list of some of the best heists for you to try out. 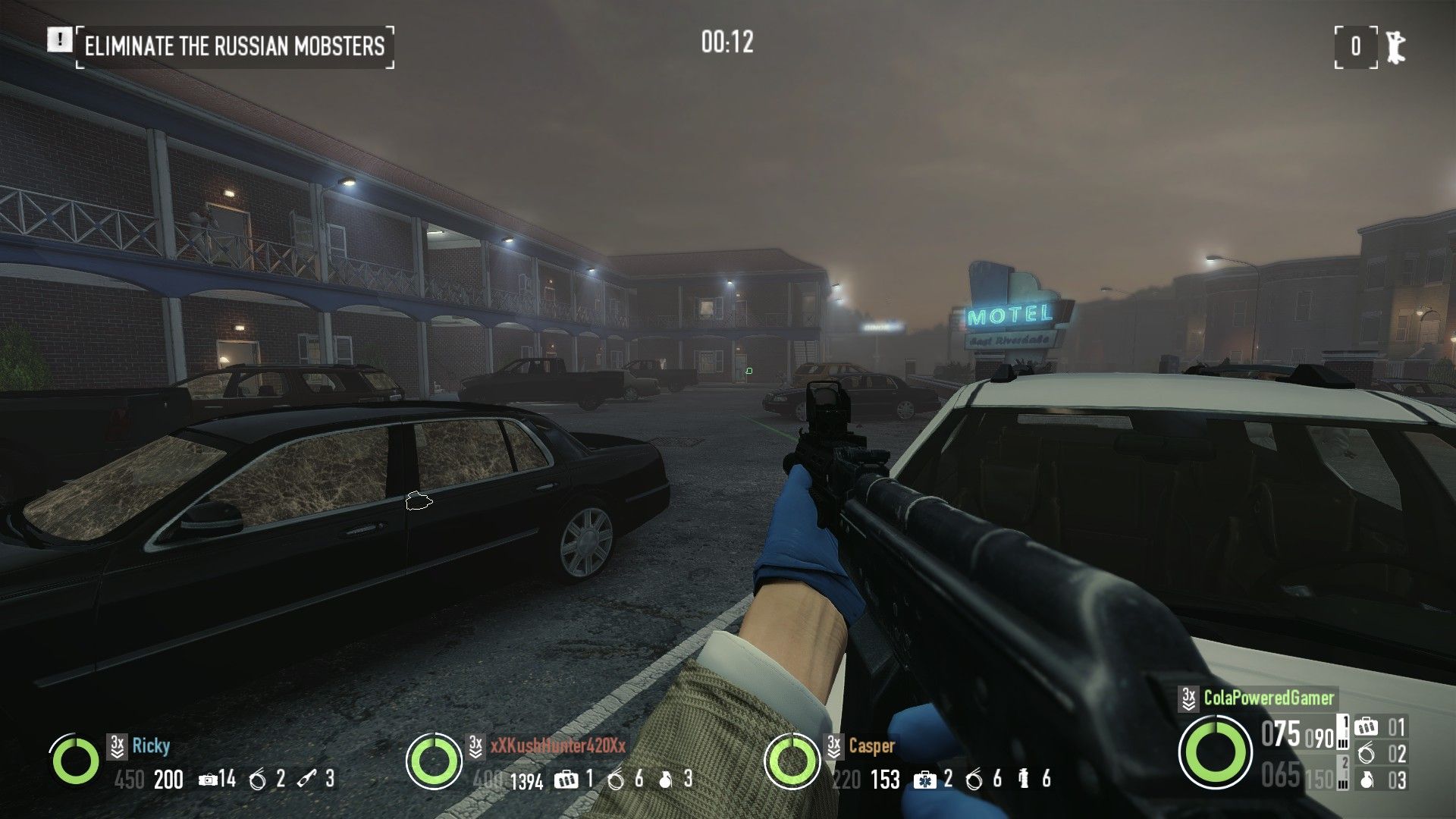 Released as a DLC in 2014, Hotline Miami is a great tribute to the titular game. A two day heist, it offers plenty of action, tension and loot. Day one of the heist, has you destroying property, killing thugs and cooking/destroying meth.

The second day, has you chasing the commissar through the apartment complex, but there is a catch. There is as huge stash of coke at the top, and if you want to get the biggest loot, you’ll have to be fast.

Both of these heist are loud, so no stealth option, but the sheer adrenaline and tension, more than make up for it.
It’s always a popular choice for farming cash, which you will definitely need. 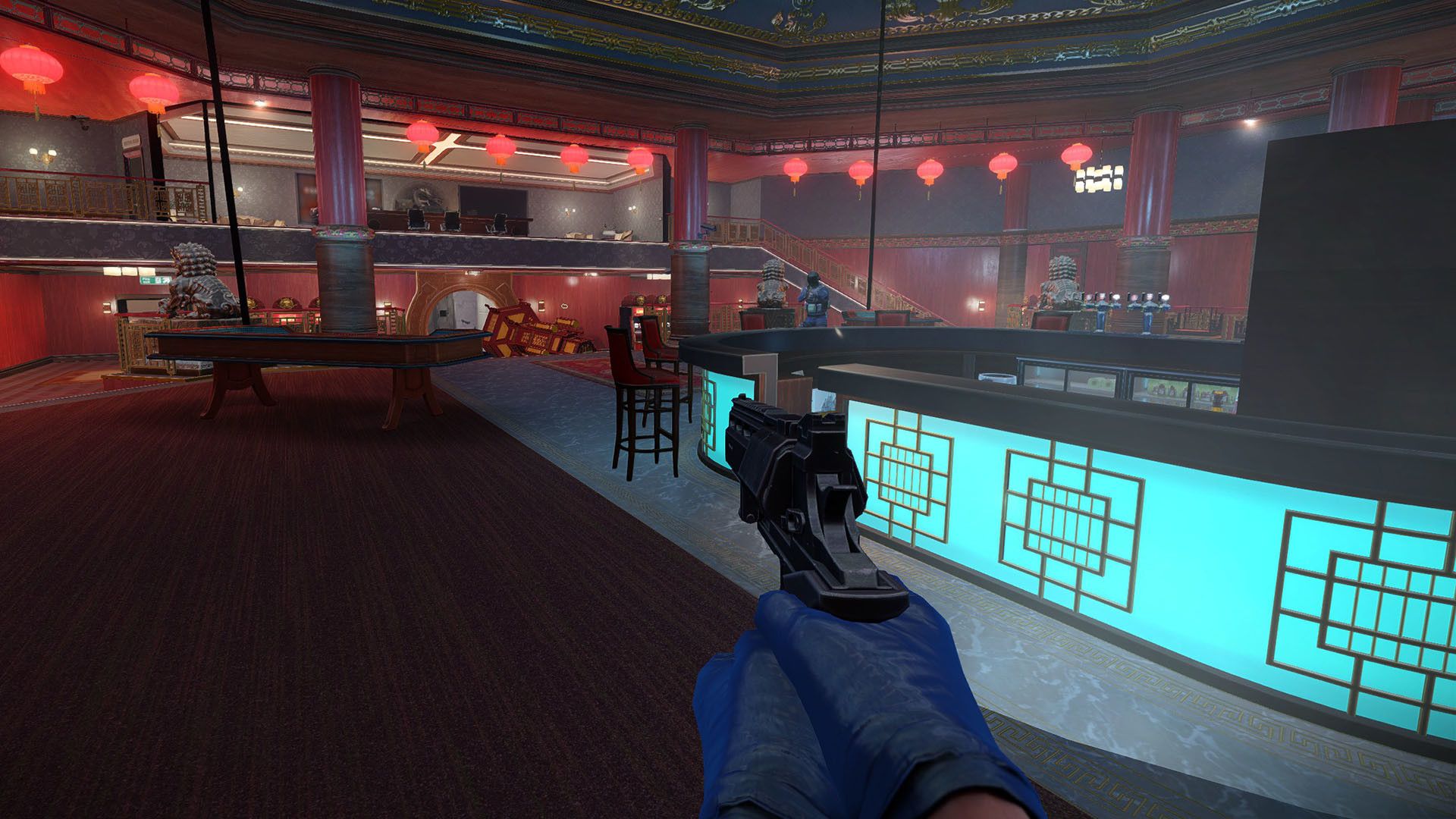 A newer heist released in 2021, it is a follow up to the previous heist (The Ukrainian Prisoner), and has you taking revenge on the Golden Dagger Triad. It has both loud and stealth options, which are both equally fun, and Vlad is a riot.

The stealth option is a bit longer (naturally), but you have two options when going in loud. You could go in loud normally, or take a more adrenaline packed C4 route, that will definitely up the challenge.

Stealth option is great if you’re looking for a new challenge, but the loud route (especially with C4) is also very rewarding. 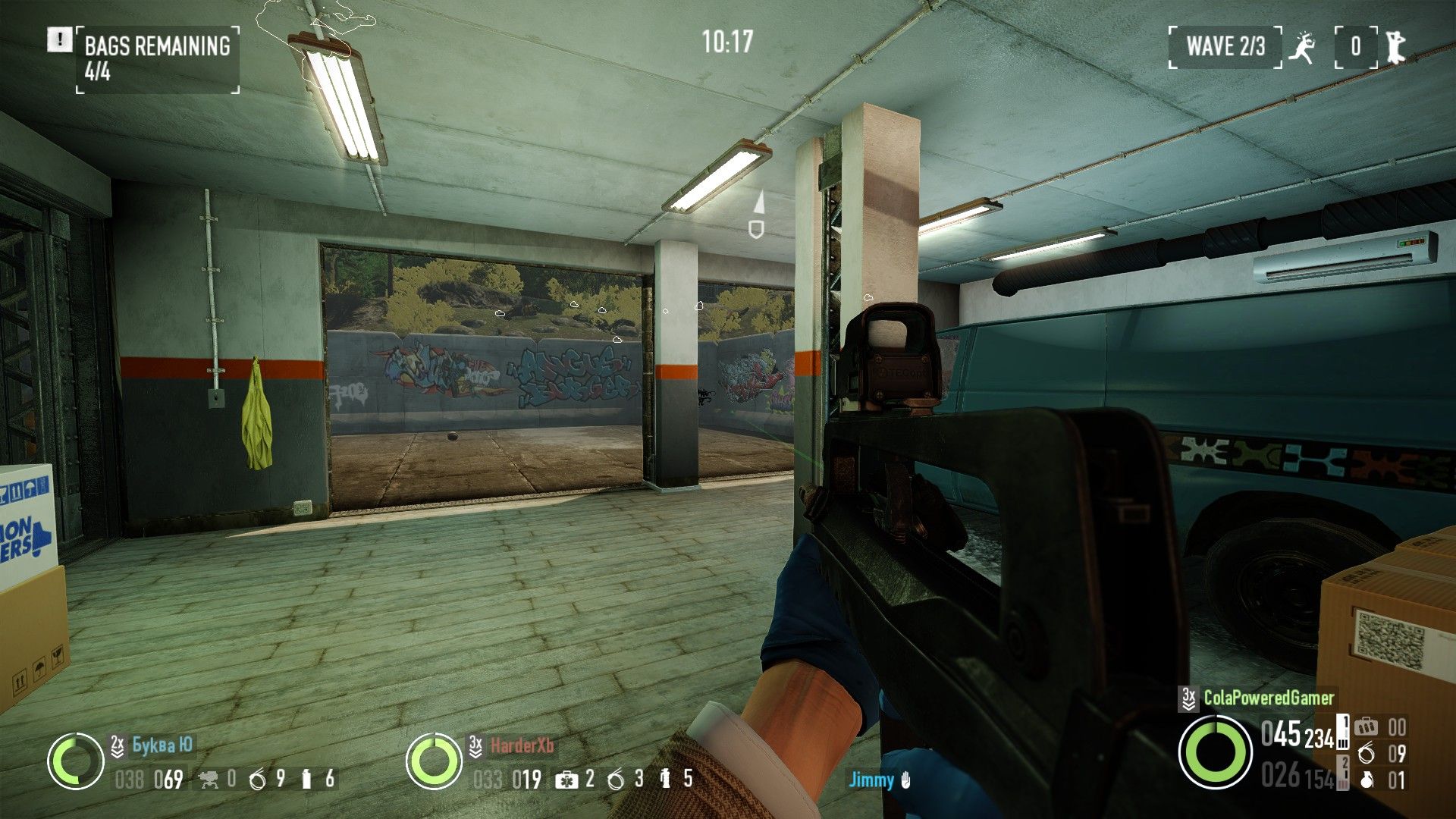 A raid that is always available, and not actually required for a complete playthrough. It’s also the only heist, where you have the option of “letting the crew handle it”.

Selecting this option will put the raid for about 12 hours. It’s good for a practice run, or a warm up, where you can test your newest build or weapons.

The other great thing about completing this raid, is that you also get 6 continental coins (and cash, obviously), which is always welcome, and never in short supply. 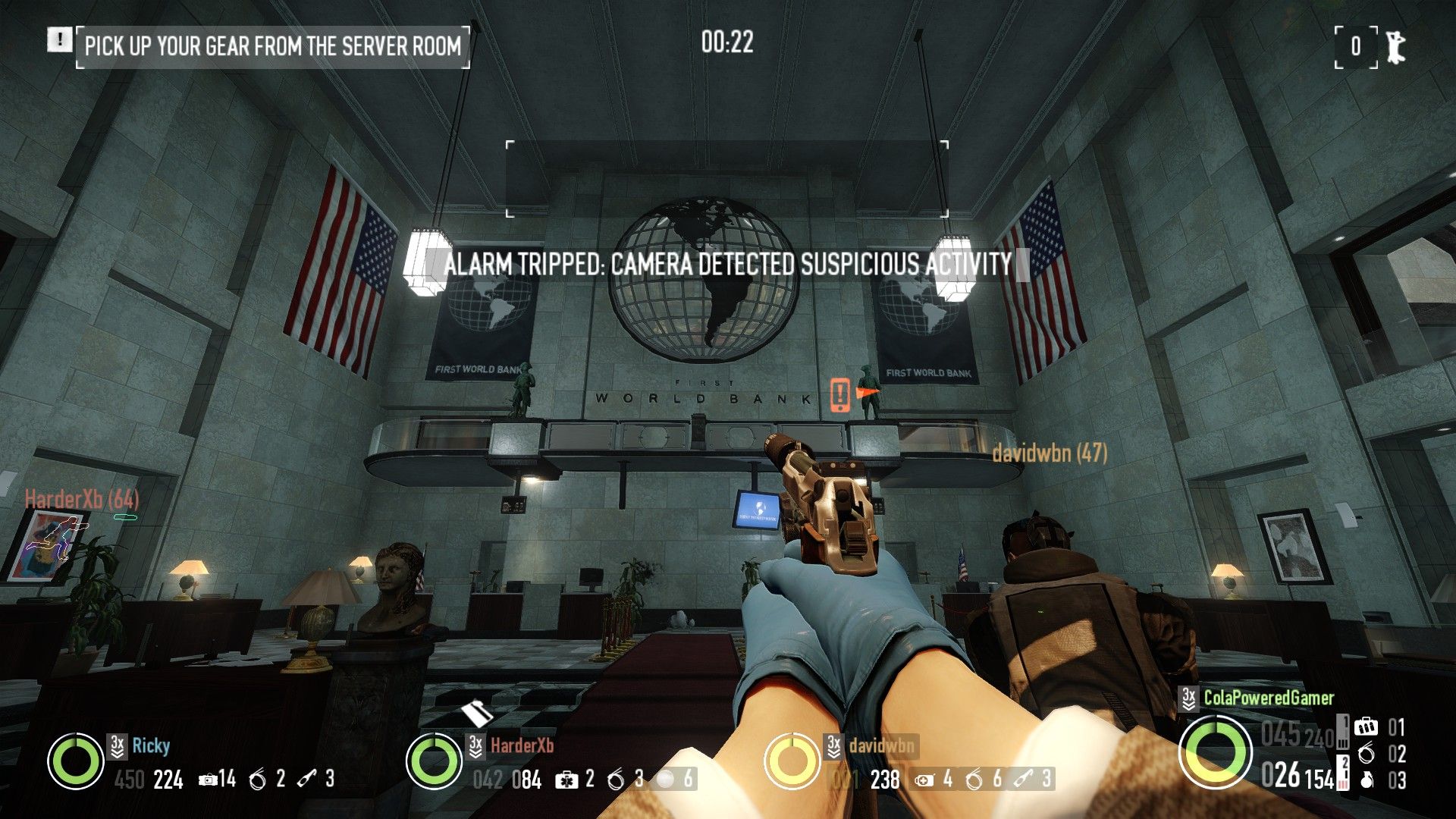 A returning heist from the first game, First World Bank was introduced back in 2015. A classic through and through, with plenty of secrets, and it comes with stealth and loud options.

There are several achievements in this one as well, including the one if you do it with the original characters.

If you play with the AI, there is a chance that once the lobby is dealt with, one of them will get up and deliver the famous Heat speech.

First World bank is one of those classic heists that shouldn’t be missed, and it will give you that action movie feeling you’ve been looking for. It’s ideal for new players, as both stealth and loud options are intense and offer great rewards. 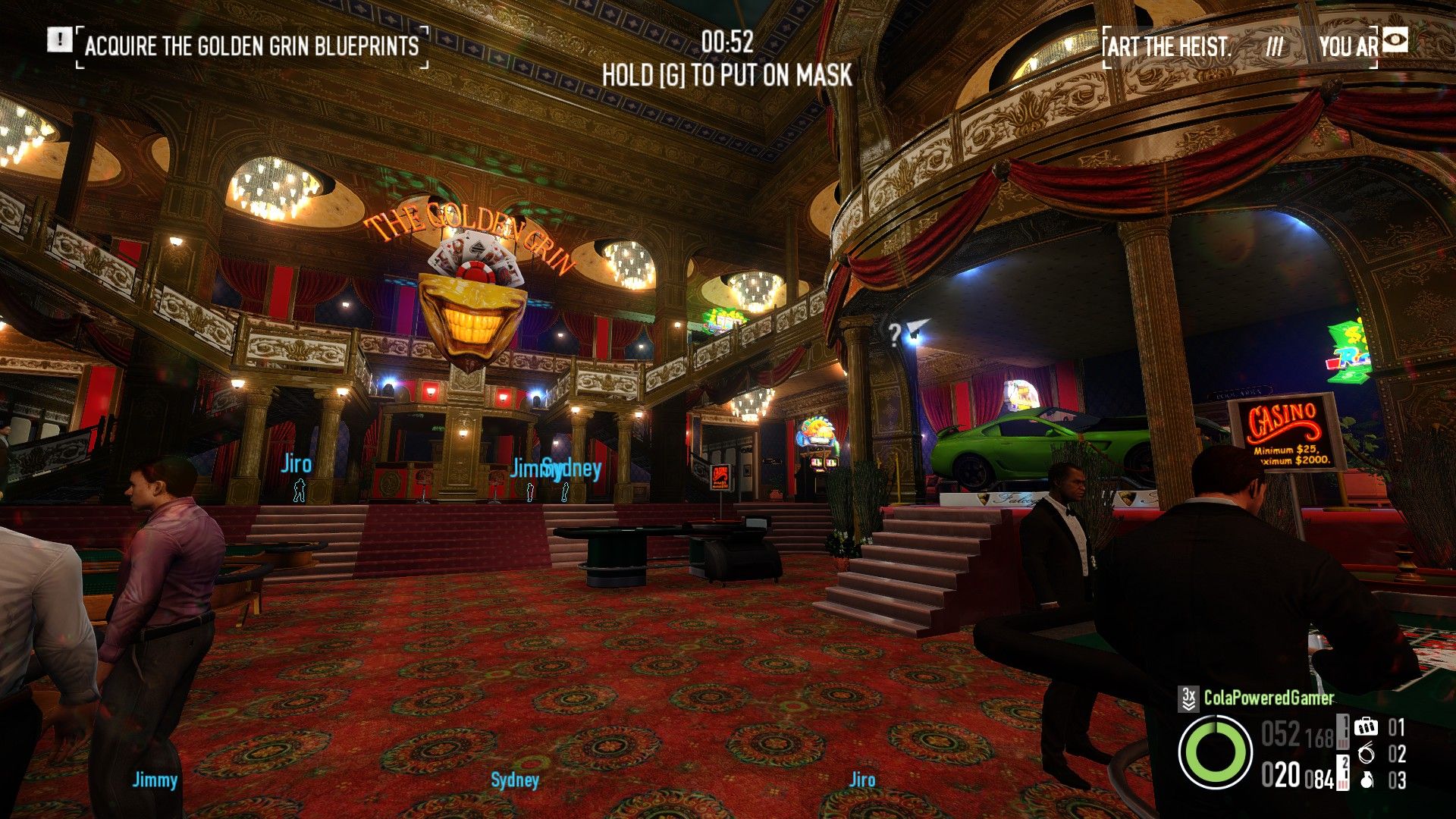 What would a PayDay game be without being able to rob a casino? Well, here’s a great opportunity, as in this heist you can opt for a both a stealth or a loud option.

With several escape plans, and different strategies of getting to the vault, this can either be an Ocean Eleven style heist, or a full blown shootout.

The choice is yours, but one thing is guaranteed, it will not disappoint. There are also plenty of secrets and Easter Eggs, that will make you grin, and make this one memorable heist.

A definite recommendation, and you should at least try to beat it once with the stealth option. Purely for that movie feel. 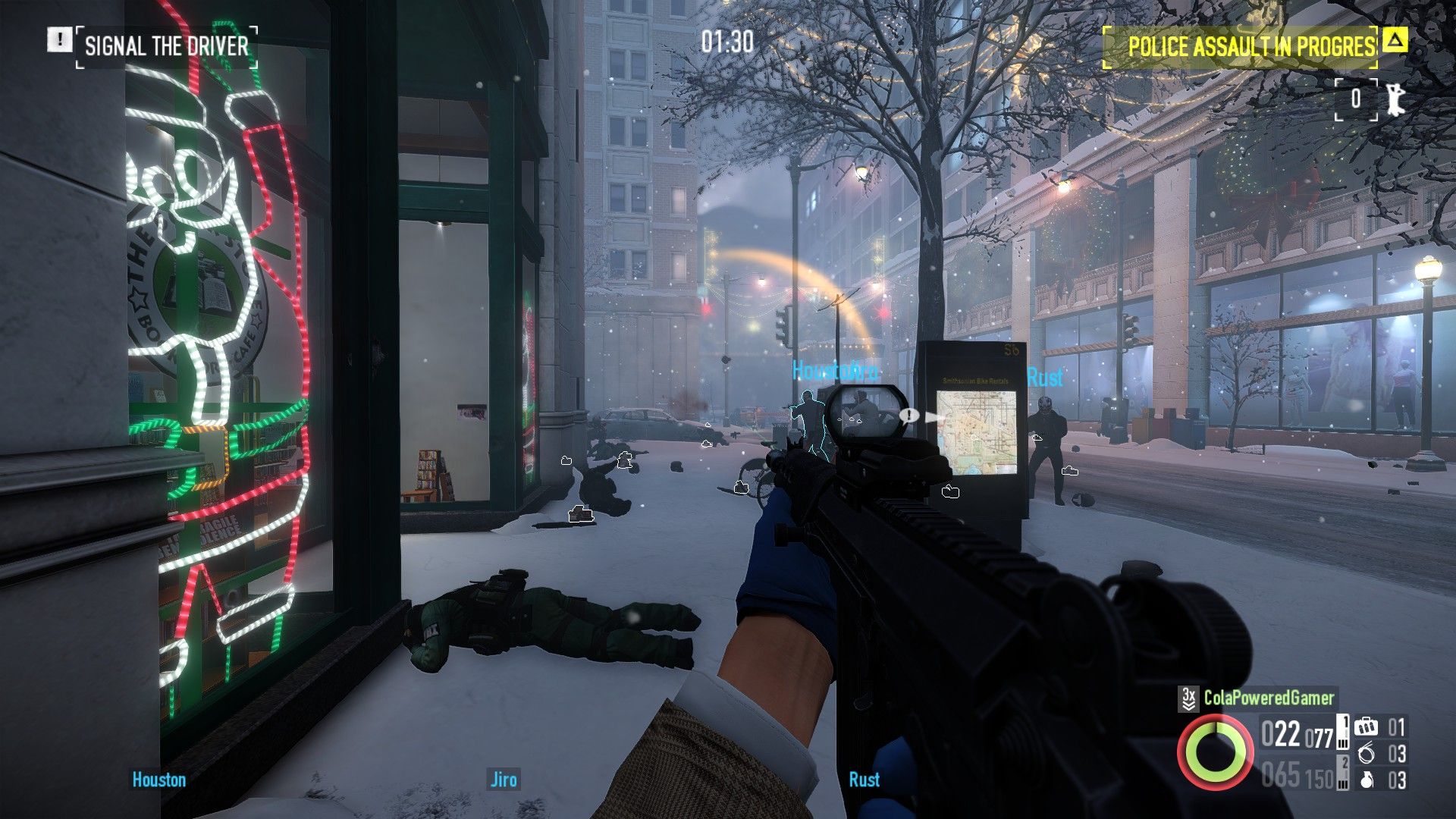 In this one you will as the name suggests, breakout a former member of your gang. Obviously this can’t be done stealthily, so you’ll be going in loud.

With cops swarming you from all sides, you’ll be in one of the most toughest fights in the game.

The goal of the breakout is to escort a makeshift armored vehicle through several streets and a parking lot. This will be accomplished by removing the obstacles in your way, while the rest of the gang holds off the cops.

Great outdoor map, as the map gives you plenty of cover, but you will need to move fast.
It also features the best joke in the game. In short a great loud heist, but be sure to bring plenty of ammo. 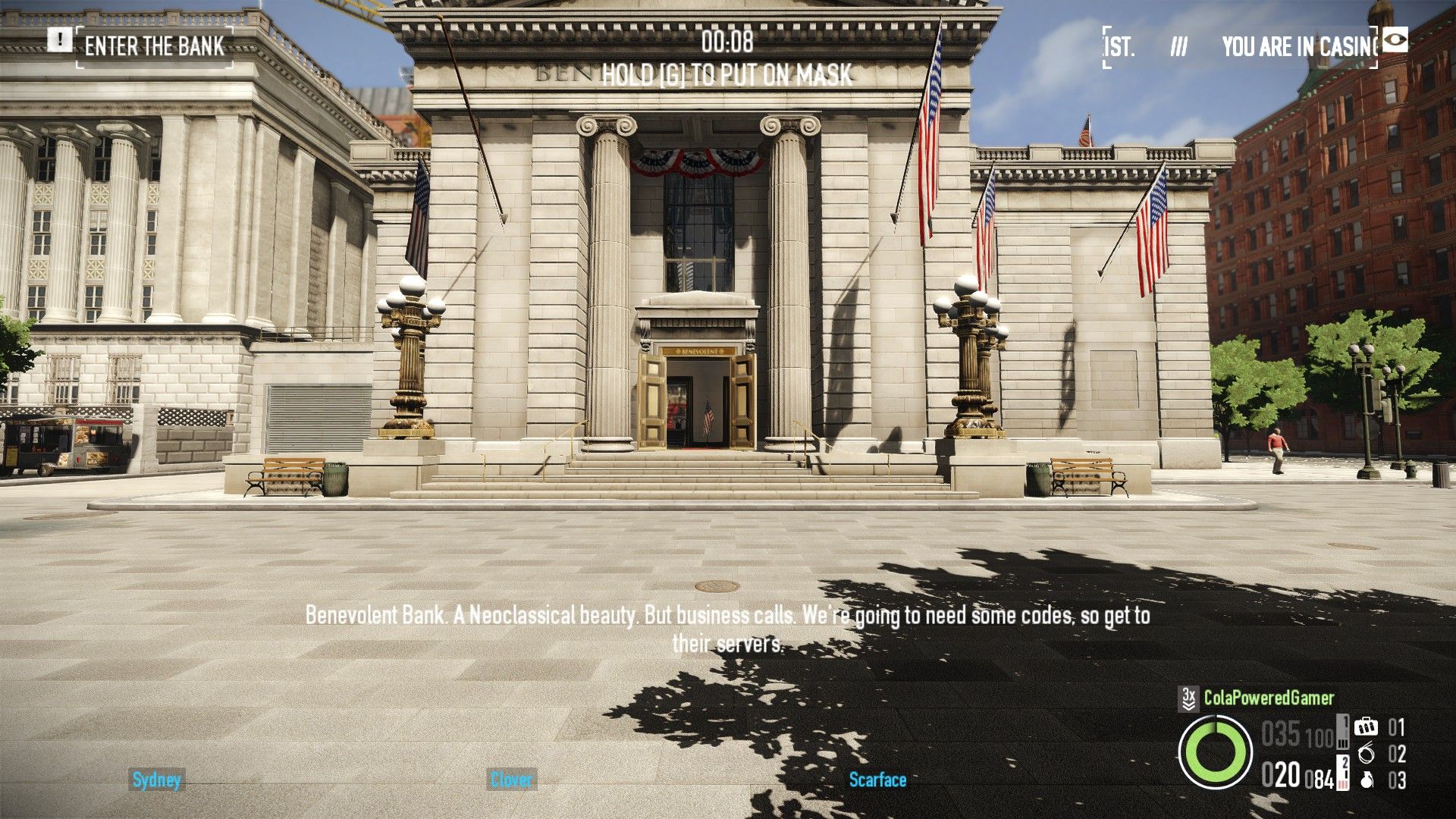 How do you rob a bank, that hasn’t been robbed in over 200 years? The Big Bank heist, is like the First World Bank, but on steroids.

There are several options for a possible escape route, during the pre-planning phase. In addition to this, you can also choose a stealth or a loud option.

Both are equally challenging, and there is way too much loot, which is always a good thing. If you’re looking for a cool, stylish bank robbing heist, than look no further. 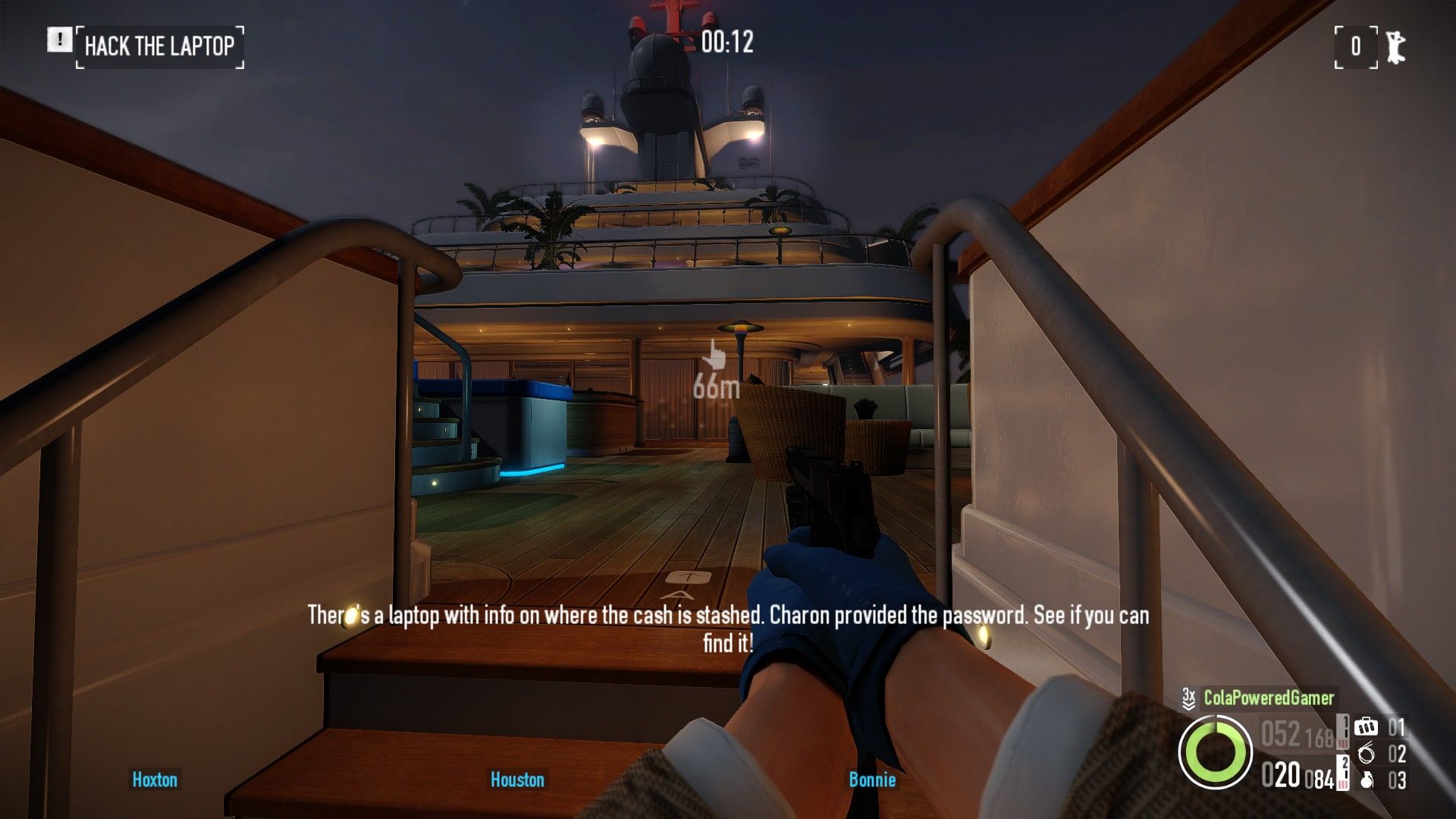 This the first DLC stealth-only heist, that was released with John Wick Heists Pack. It’s easily one of the best stealth heists, and it can easily (if you know what you’re doing) be completed solo.

If you’re feeling adventures there’s also additional loot, such as paintings and artifacts for you to get.

The Yacht Heist, is also ideal for raising your level once you reach new infamy levels, and it also has an achievement if you finish it in under 6 minutes. It’s a nice, simple stealth heist, even if you play it solo or with a team. A definite recommend. 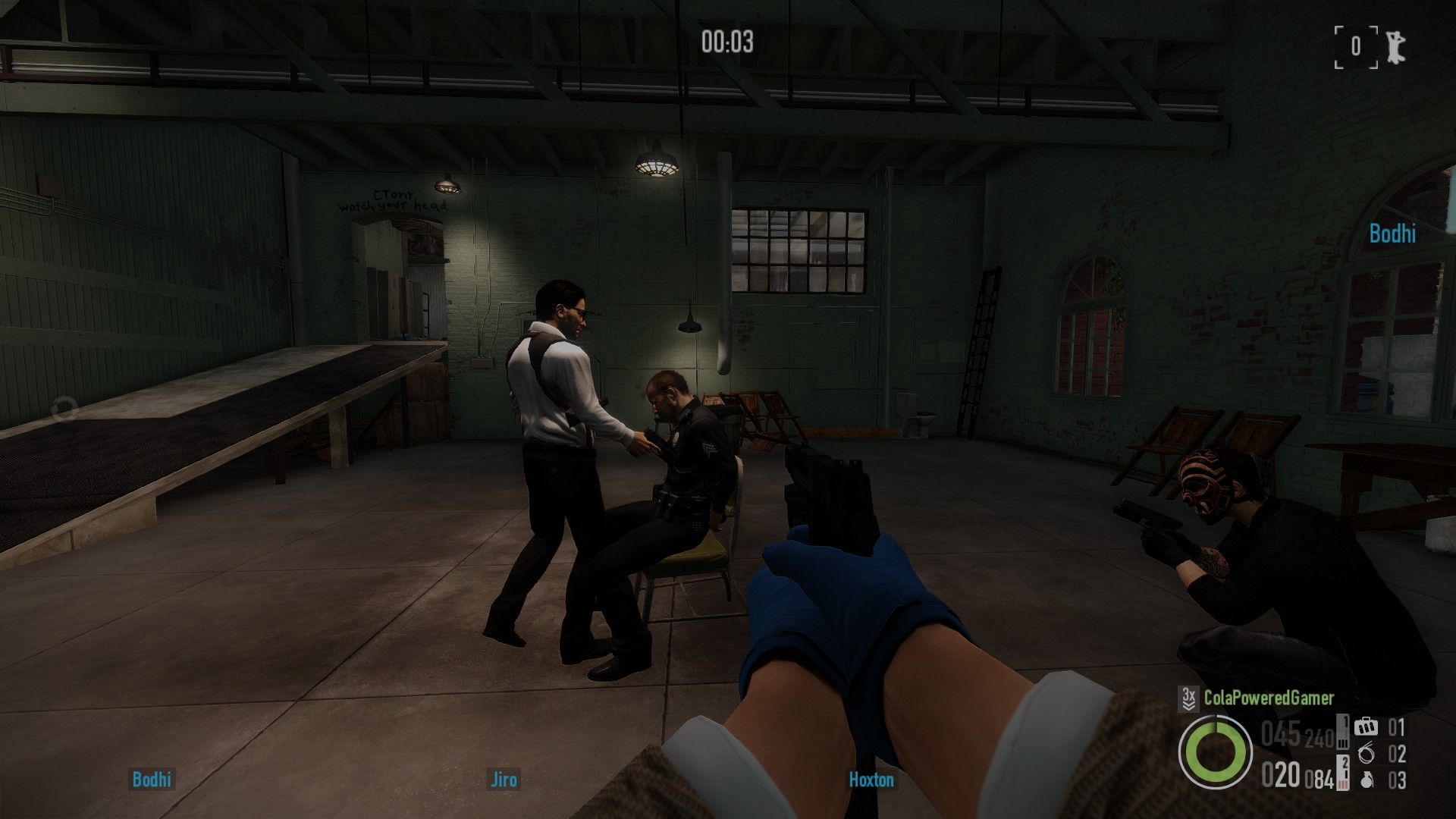 Ok, so this one was bound to happen sooner or later, right? The legendary Tarantino film, and your gang is a match made in heaven. A two day heist, that is played in reverse, starting from day two.

The begging will see you getting the diamonds, while the “first day” is the actual heist.
Suffice to say, that it’s also plot relevant, as it puts other stuff in motion. There is no stealth option here, but the loud part really manages to get the show running.

Also, the music in this one is great, and obviously inspired by the movie. If you watched the film, you’ll probably know to bring plenty of ammo or doctor bags. In short, a definite recommend, due to the sheer amount of adrenaline and the awesome music that it has.

If you were looking for the greatest loud heist, then this is the one. Your task it to infiltrate into a secret base in Nevada, and steal classified loot and anything you can find.

With plenty of vaults to open, there are also tight corridors that make for great shooting experience.

In addition to this you will have to defend the loot, while setting up the escape, which will require good team coordination. On higher difficulties, the reward is high, but it may just be worth it, if you can survive during the escape phase.

A great heist, amazing loot and a great team building experience with plenty of action and adrenaline, not to mention awesome music as well.