Persona 5 Strikers is coming soon, and we can't wait for it any longer!

After waiting for so long to finally witness the release of Persona 5 on PC, Atlus has finally answered everyone’s calls. But this time by announcing the upcoming release of Persona 5 Strikers. Despite Atlus not releasing the original game, fans will at least get to experience the sequel. Who knows, maybe if this game ends selling well we will eventually get to see Persona 5 coming to PC?

Persona 5 Strikers is set to release on February 23, 2021. The release will include the original game and the Digital Deluxe Edition. This edition includes Persona Legacy BGM & All-Out Attack Pack, as well as, digital bonus content that you just can’t miss. Persona 5 Strikers will be officially released on the intended date on PlayStation 4, Nintendo Switch, and PC via Steam.

For those who cannot wait to get their hands on this game, you can get it 4 days earlier if you purchase the Digital Deluxe Edition either on consoles or PC. On the one hand, for those who own the PS5 console, they can play this one via backwards compatibility.

Persona 5 Strikers is the direct sequel to the original Persona 5, not royal. It follows our beloved hero, Joker, and the rest of the Phantom Thieves of Hearts as they investigate a series of mysterious events involving people across Japan.

Unlike the parent game, which featured traditional turn-based mechanic, Strikers incorporates gameplay similar to Musou games.  Such as Berserk and the Band of the Hawk, and Dynasty Warriors series. Lastly, the game’s size will be 12.0GB.

Lastly, Persona 5 Strikers will include some interesting features which will please PC players. Look below: 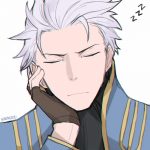