Resident Evil - All Main Games Ranked From Worst To Best

Resident Evil made a huge impact on the gaming industry back in the distant 1996, introducing the world to the survival horror genre. Since then the series have undergone huge changes every -almost- 3 main series games.

The first three Resident Evil games, all released for PSOne, featured fixed cameras and classic zombies among other B.O.Ws (Bioweapons).

The next three games (RE4, RE5, RE6) changed to over-the-shoulder perspective, featuring more action-packed combat and enemies that are… let’s say conscious.

Then came RE7 with a first-person camera and less combat than the previous titles.

All in all, fans have both criticized and praised many of the series’ entries. In the following list, I will begin with what I consider to be the worst entry of the main series (I will include RE0 as it serves as a prequel to the first game, as well as Code Veronica), then move up to the best.

Just to be clear, this is my personal opinion. Feel free to express your own views on the comment section, but as always, be civil. I don’t think anyone will disagree with me here. When I first started Leon’s chapter I had some hope that it will actually be a very good RE game, with original zombies’ return and stuff, but I soon realized, I was wrong.

The game was so action-oriented that it could possibly be an Uncharted game with monsters. Explosions everywhere, pew-pew, more pew-pew and non-existent horror. 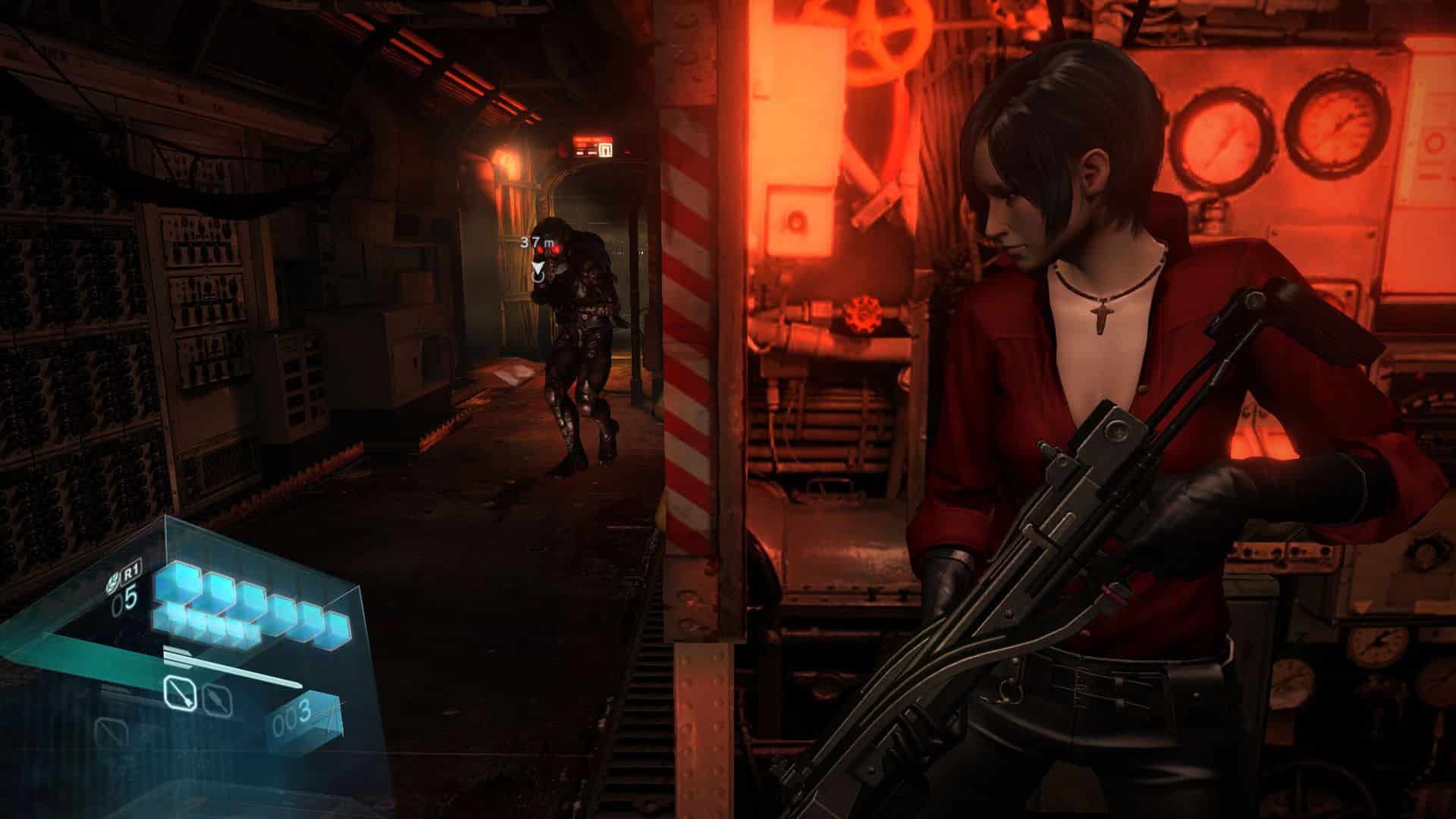 Story wise it was just average. Even if we saw the return of Sherry Birkin, Leon, Chris and Ada, nothing could keep me focused and interested. Add the problematic mechanics of the game and you have the worst entry in the main series of Resident Evil.

This could be the worst RE, BUT at least it had a decent storyline that made it the second worst RE game. I mean, the Chris/Jill-Wesker vendetta hits fans with some nostalgia but the whole African setting and the boring partner (Sheva) just didn’t work.

The game also had action scenes like it was directed by Michael Bay (EXPLOSIONS EVERYWHEEEEERE) which -for me at least- killed any hope for some horror. 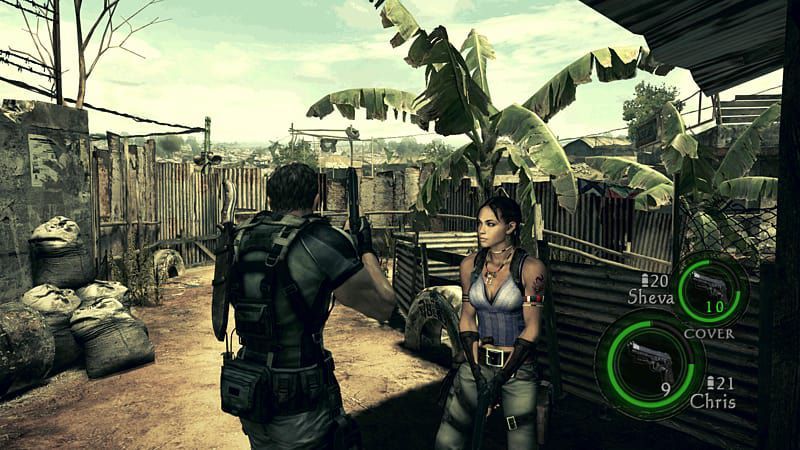 Only thing I could salvage from the whole experience with RE5 is Chris-Wesker face-offs. Being a long time fan of the first games, seeing Chris finally be able to finish off Wesker after all these years gave me goosebumps.

I won’t say it wasn’t a fun game to play, I actually enjoyed it quite a bit, but in a list where we compare a certain series which have undergone dramatic changes through the year, I gotta follow my feelings and place it this low. If only it wasn’t called Resident Evil… The first RE game that features first-person gameplay. Many many fans still don’t consider it a RE game but a good rip-off of P.T. Well they are not completely wrong, but Resident Evil 7 is actually a great game.

A little clarification here: By result RE7 wasn’t anything like P.T. I expressed myself completely wrong. What I meant to say was that some die-hard fans were driven away by the similarities with P.T at first glance, hence not giving the game an actual chance. 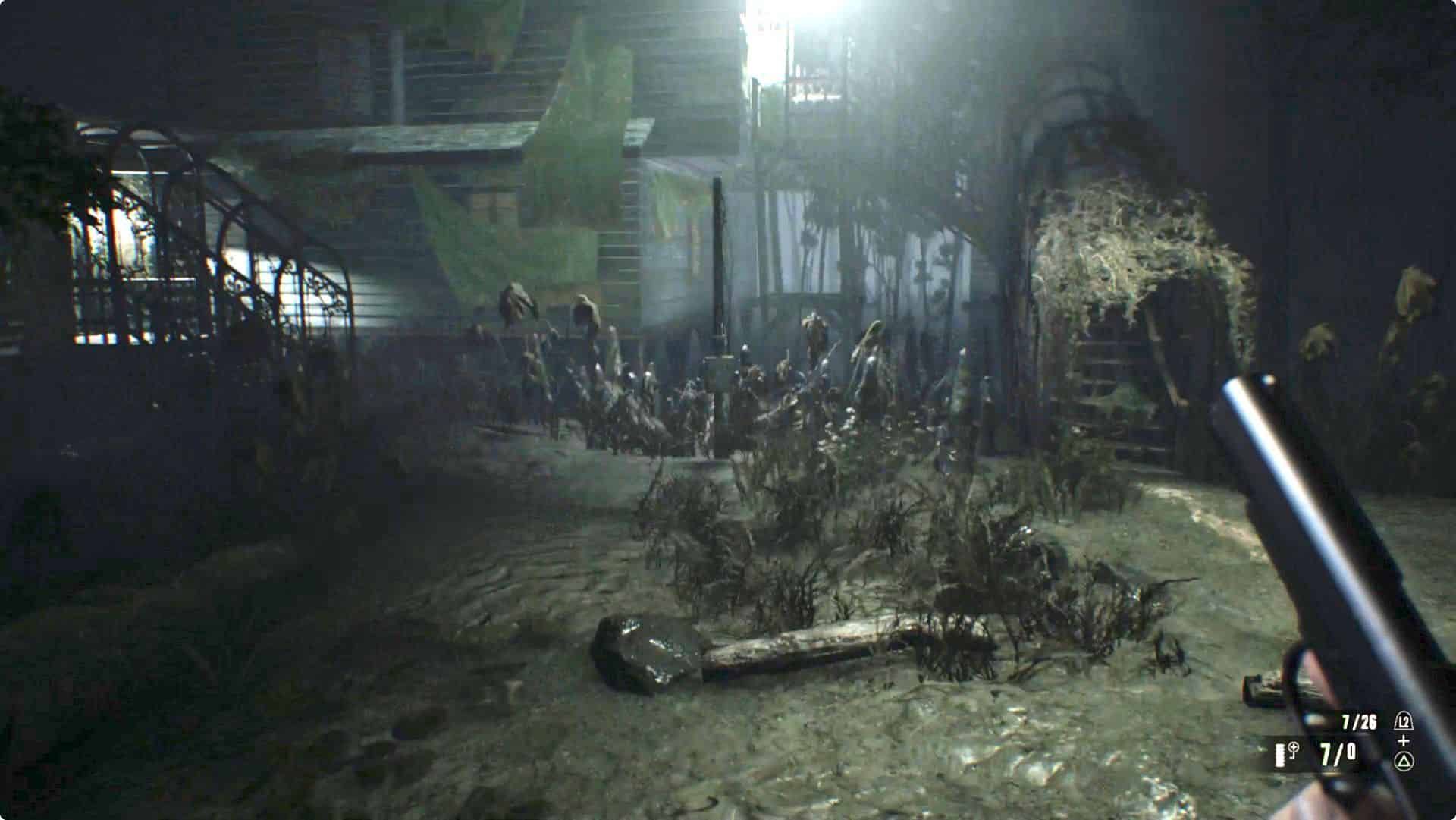 Since in this list we are comparing the Resident Evil games, then I wouldn’t be fair to myself if I ranked REVI any higher. But as I said, it was a great game, and hopefully it’s the first step for returning to the roots of the franchise. 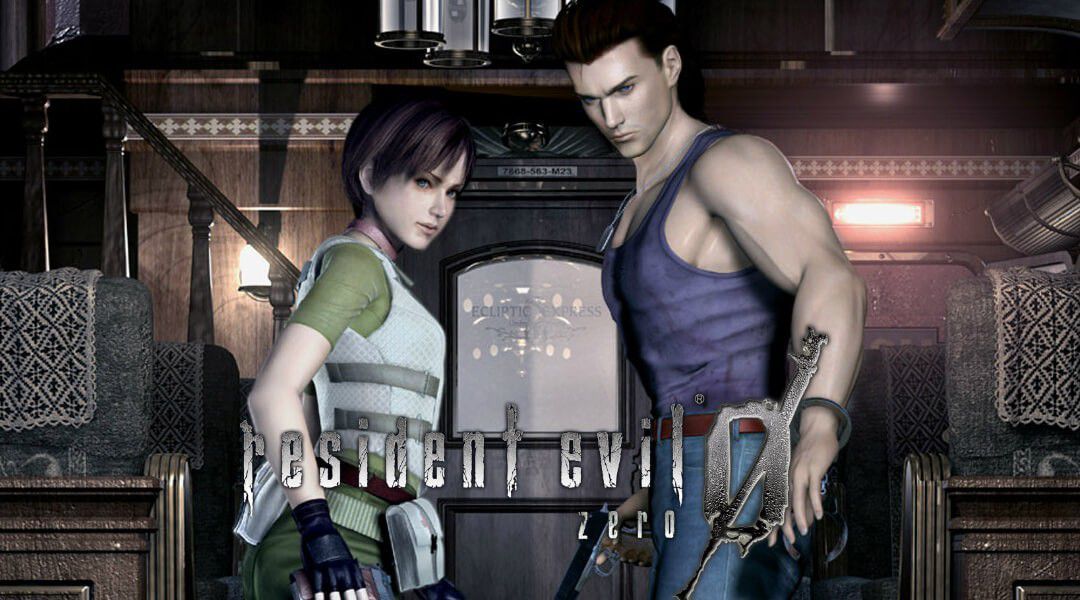 Resident Evil 0 serves as a prequel to the original Resident Evil, explaining the events that led to the mansion incident. It featured a slightly different gameplay to its predecessors due to the mechanic of being able to alternate between the two main characters: Rebecca Chambers and Billy Coen.

Alternating between Billy and Rebecca and solving those hard puzzles was quite a challenge. I still get anxious over fighting a Mimicry Marcus. The train part was quite fun with a good amount of horror and a good jump-scare (fridge anyone?).

The whole experience of actually seeing what Wesker was up to before the Mansion Incident was quite fulfilling. While the story was unfolding and connections to the mansion were being made clear, I felt like RE0 was a prequel as it was supposed to be. 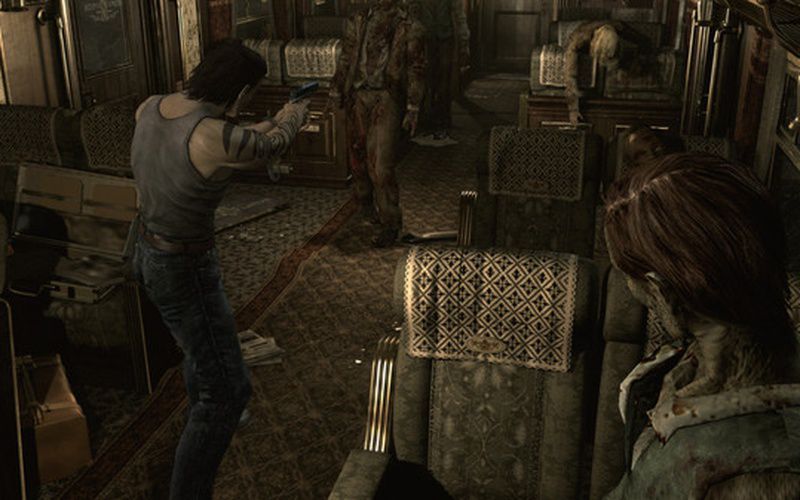 Still hate the monkeys though. 😛 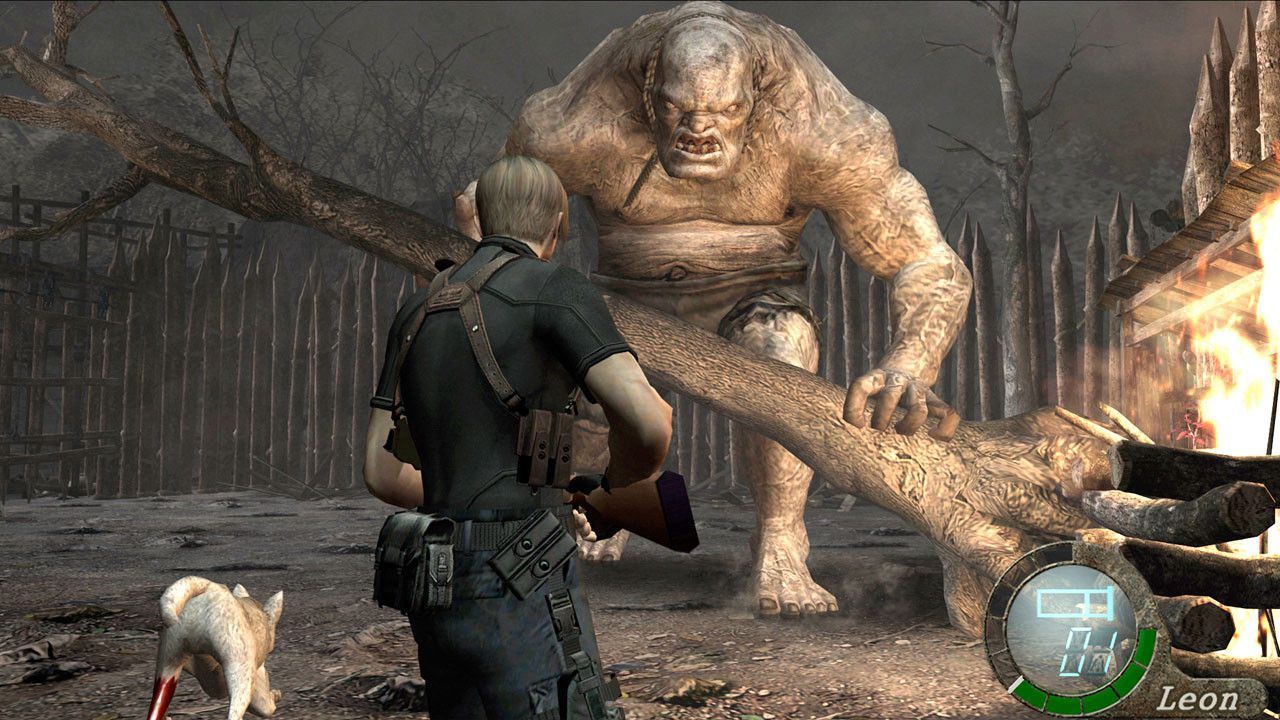 My feelings for this game are so mixed that I feel I’m not subjective enough. A well made game with decent story and awesome combat. Leon is still my favourite character of the series. Had a good amount of horror especially during the Castle part and the weird noises the priests were making.

One part I really disliked was the Island. It was action packed and felt like it didn’t fit the rest of the game and its atmosphere (respect Jack Krauser though). 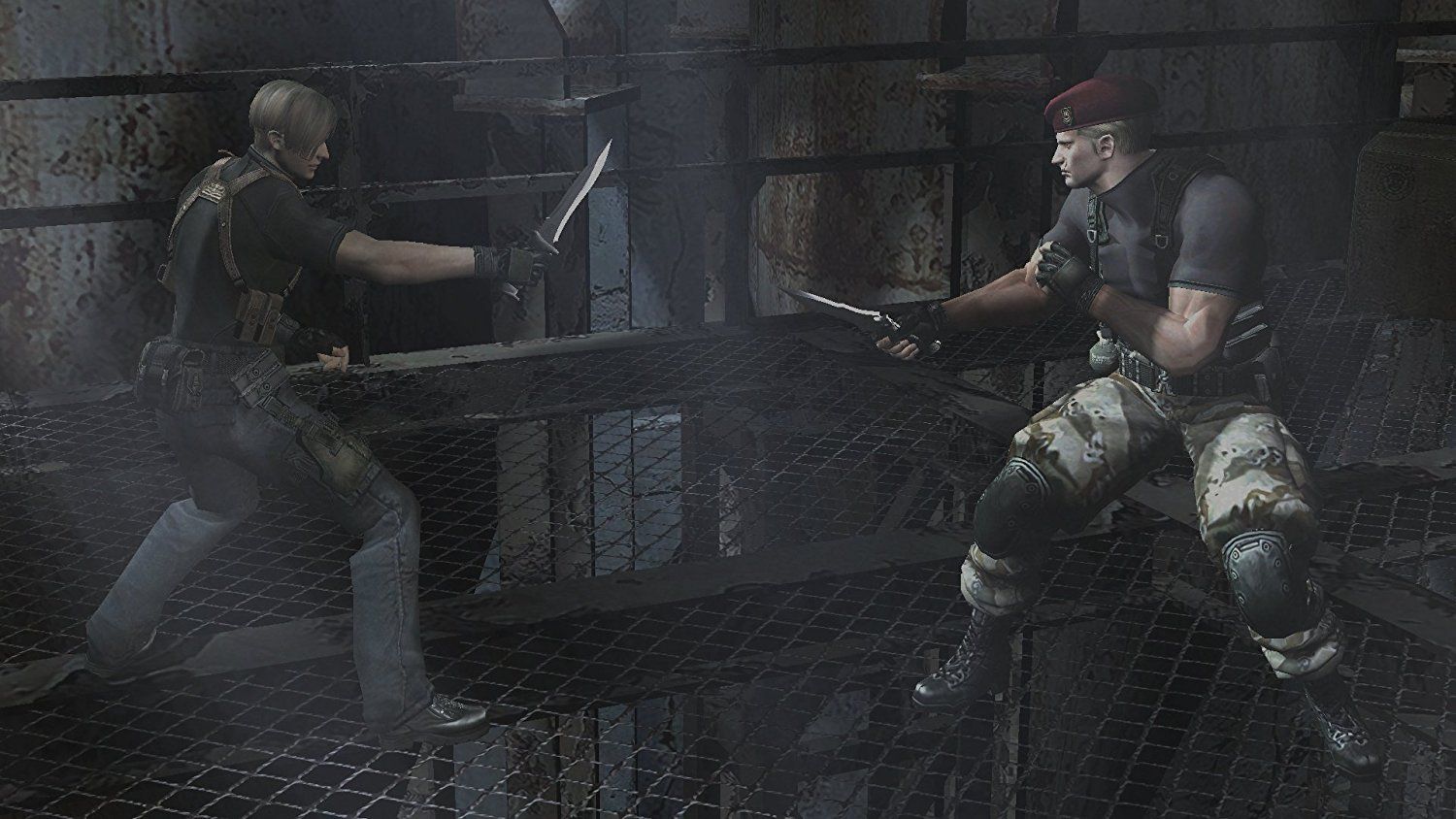 So what makes me hate and love this game so much at the same time? It’s probably because RE4 changed the series. The beginning of the bad sequels of RE5 and RE6.

As the first in the main series to change from the fixed camera angles to the over-the-shoulder perspective, it introduced a more action-wise combat with the QTEs and the gunplay.

The upcoming RE2 remake will feature the same camera but from the first footage we can see the horror spilling out of the TV. 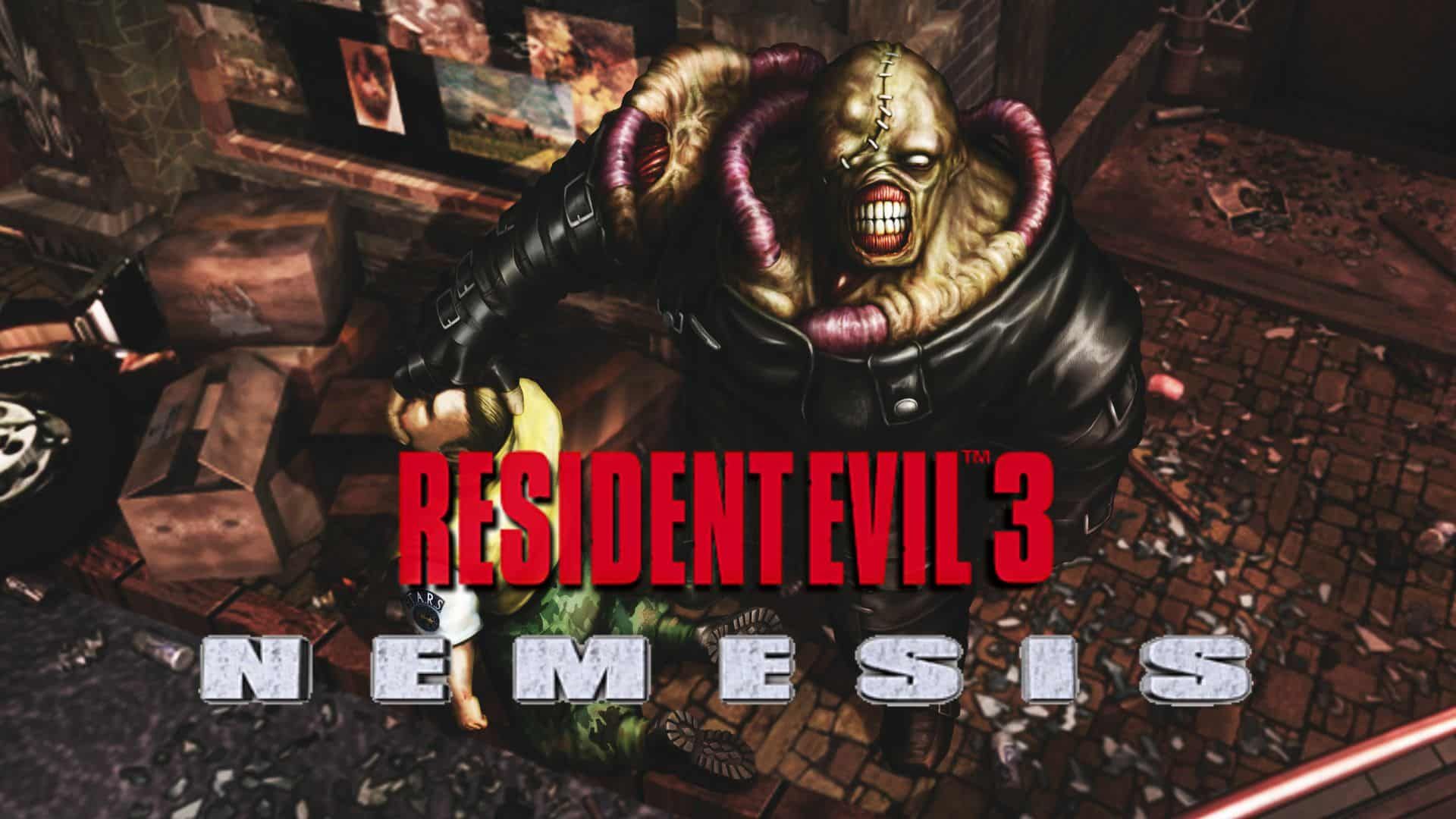 While Resident Evil 3 didn’t have anything new to offer compared to the previous two entries, it did have Nemesis, a bioweapon designed to hunt down the remaining S.T.A.R.S members and eliminate them (Jill among them).

The feeling when you first encounted Nemesis and realize that he just won’t die and will keep hunting you for the rest of the game, sends chills down my spine.

So why is this game so high in this list despite being almost identical to the previous games? Well, that’s because we got to explore more of Raccoon City than we did in RE2.

Add the fear of Nemesis jumping from a window and you have one of the best games of the series. 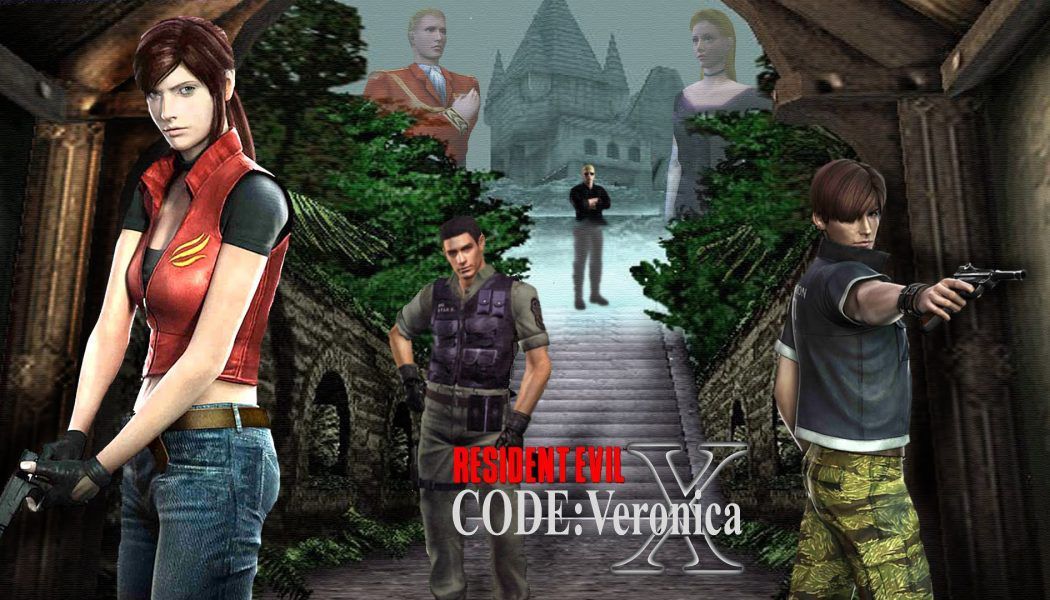 The reason CVX wasn’t originally included in this list is because the original concept was to rank the numbered games, but since your feedback was asking for CVX, I’ve finally included it, and as you can see it ranks quite high.

So back to the game: Code Veronica is the only game I played on Dreamcast, and still to this date one of my favourite of the franchise.

First of all it features the reappearance of Claire after the events of Resident Evil 2. But what actually made it so awesome story-wise, is the reunion (gawd finally) of Claire and Chris. 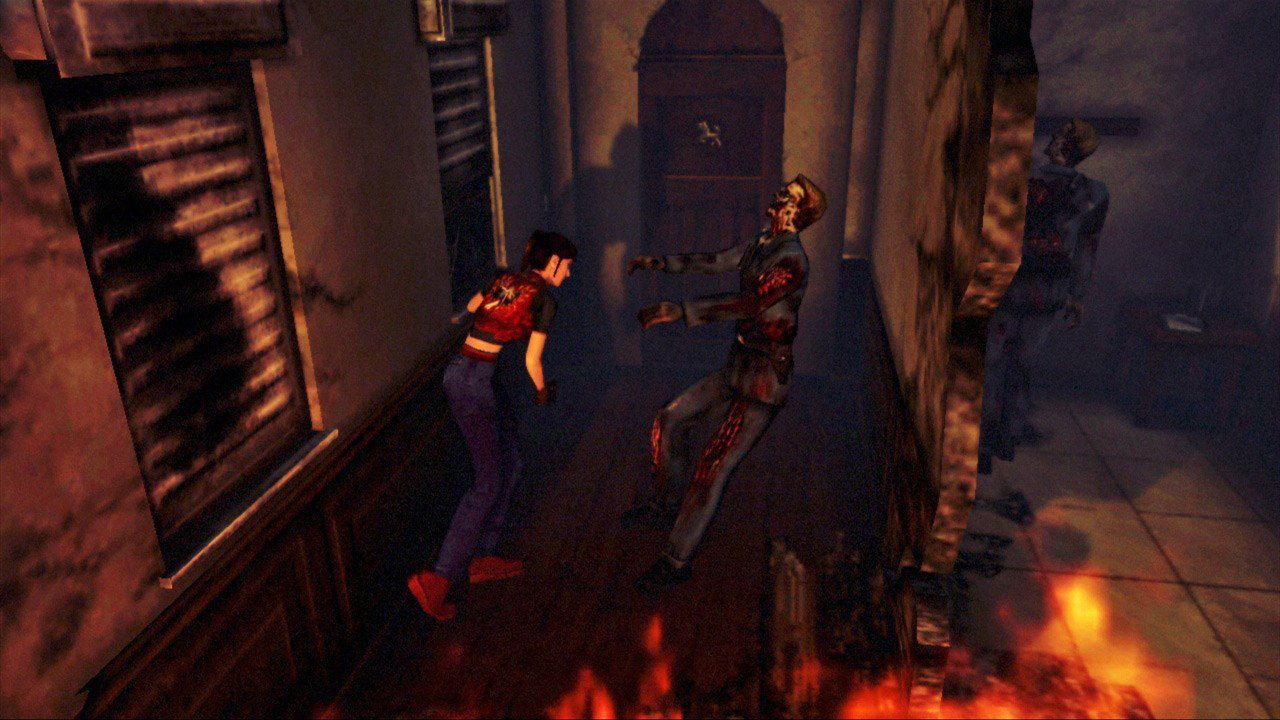 Another favourite of the game was Alfred Ashford and his second personality, his twin sister Alexia. It was my first encounter with a case of split personality and to this day remains one of my most interesting characters.

In terms of gameplay it was the first Resident Evil game to use full polygonal environments, with the camera not being completely static anymore but still autonomous, since the players had no control over it whatsoever.

The game featured three playable characters Claire, Chris and Steve (for a brief time). What a way to enter the sixth generation of consoles Capcom! 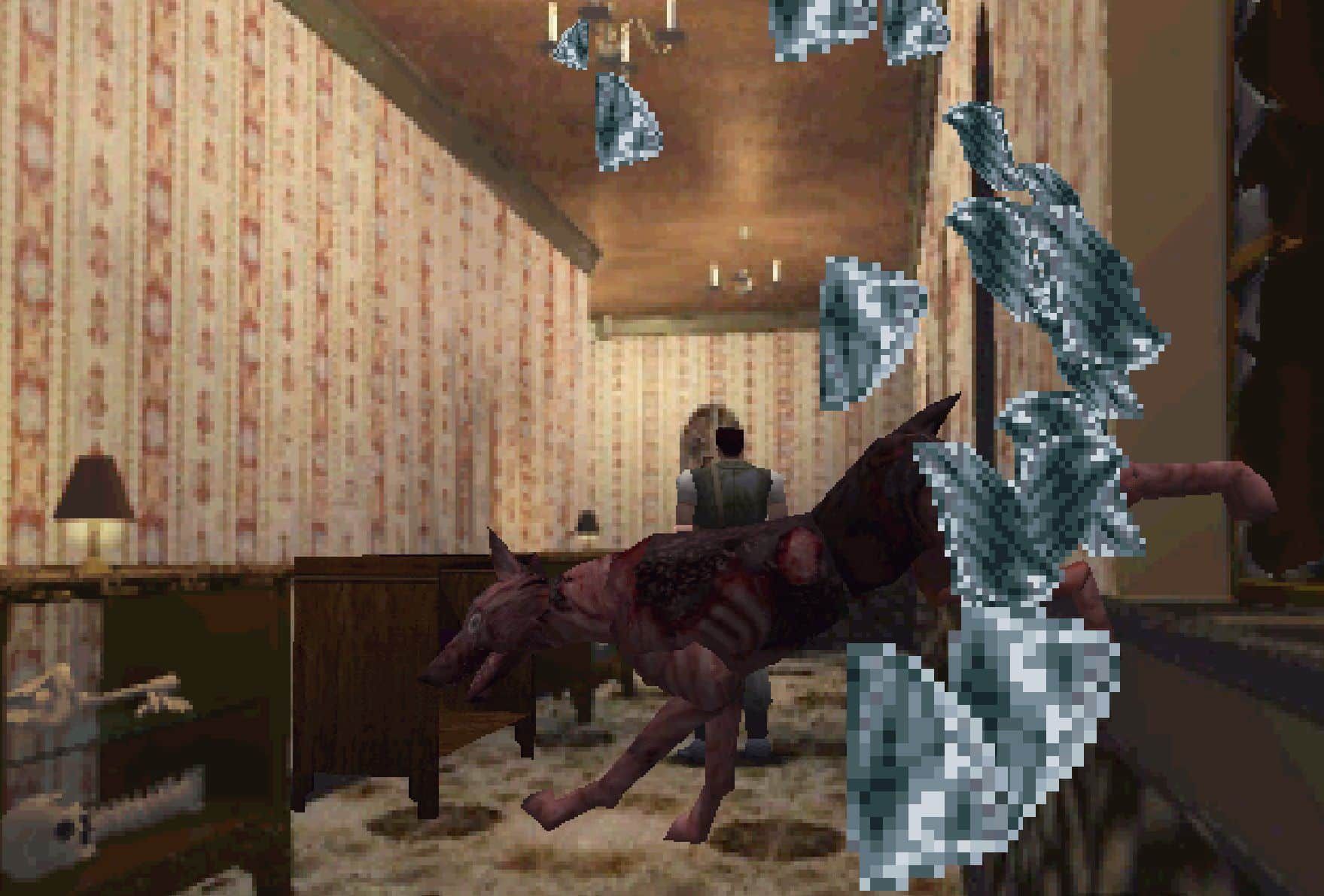 Ah, the start of it all. The game that launched the survival horror game and inspired so many others (Devil May Cry included, which later became my favourite game to this date).

Horro came in many forms: the first zombie encountered (ah the memories), the Cerberus’ jumping inside from the windows and the Hunters giving me hell on my first playthrough.

Some of the best lines in the series can be found in RE1. Who can forget the legendary line “You almost became a Jill sandwich”? The acting was so bad that it was actually awesome.

Let’s not forget the awesome live-action cinematic intro. And as someone said: Wesker is God’s gift to women.

Aaaaaaand the golden medal as the best game in the RE main series goes to: Resident Evil 2. Leon and Claire’s story.

Words can’t explain how excited I am for the remake, but in this article focus falls upon the original Resident Evil 2.

It had it all. The horror, the story, the survival. It was RE1 only better. Had everything that RE1 was missing, like the atmosphere of a zombie-infested city.

Launched the stories of Leon and Claire, two of the most beloved characters of the RE universe. Honestly if Sherry Birkin wasn’t in this game, no one would give a rat’s ass about her character in RE6. The most fun game of the series, it well deserved its first place on the list as the best RE game.