Runes of Magic Classes - What to Play

Runes of Magic offers 10 race-locked classes, that you can combine and have up to 2 active classes on your character! Having more is also possible if you want to run multiple builds, but only 2 can be active at a certain time.

You can unlock your 3rd class from an in-game quest, but unlocking further classes will require you to use the cash shop.

You will only have access to the exclusive skills of your Primary Class, but also gain some Elite Skills that are unique to your Primary / Secondary class combination. 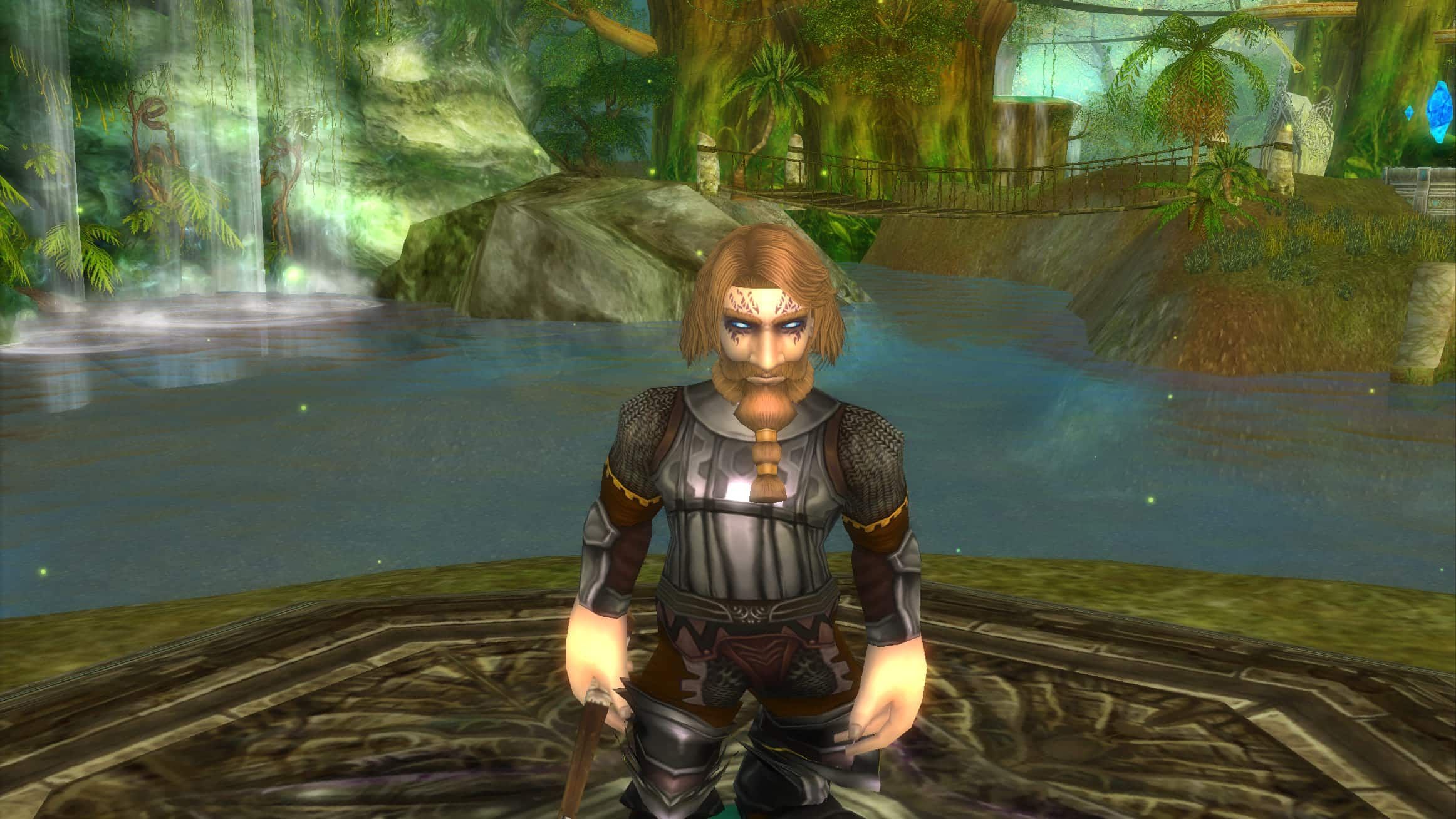 In battle, a Champion can release runic energy that is comparable to the damage dealt by a warrior. Moreover, whenever they’re cornered by a powerful enemy, they can transform their body into a shield, providing huge defensive benefits. This rune-powered war machine can withstand massive damage from any source.

The sum of all these parts is a front-line fighter who teammates can rely on. 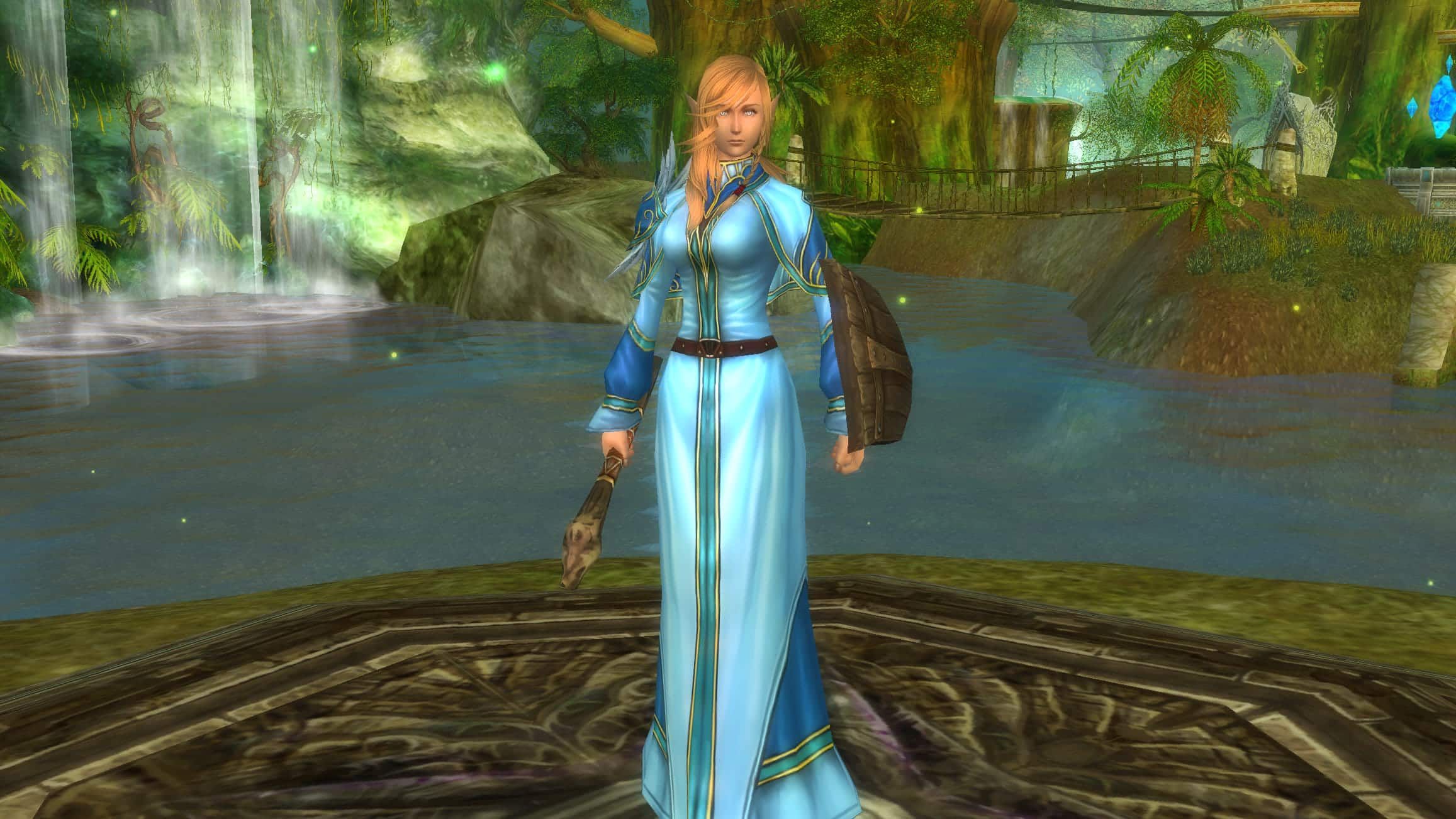 Eligible Races: Elf
Class Description: The Druids are inheritors of all knowlegde relating to nature’s power and make clever use of it to develop all kinds of magic powers.

By accumulating this power they can display nearly miraculous abilities. For that reason they enjoy a respected position in Elven societies but also bear great responsibility. The magic powers of the Druids are not limited to healing wounds but also include helping their comrades and harming opponents.

A Druid who is able to maintain his plentiful power can do great magic and the varied nature of his spells allow him to attend to all kinds of needs a group might have in battle. 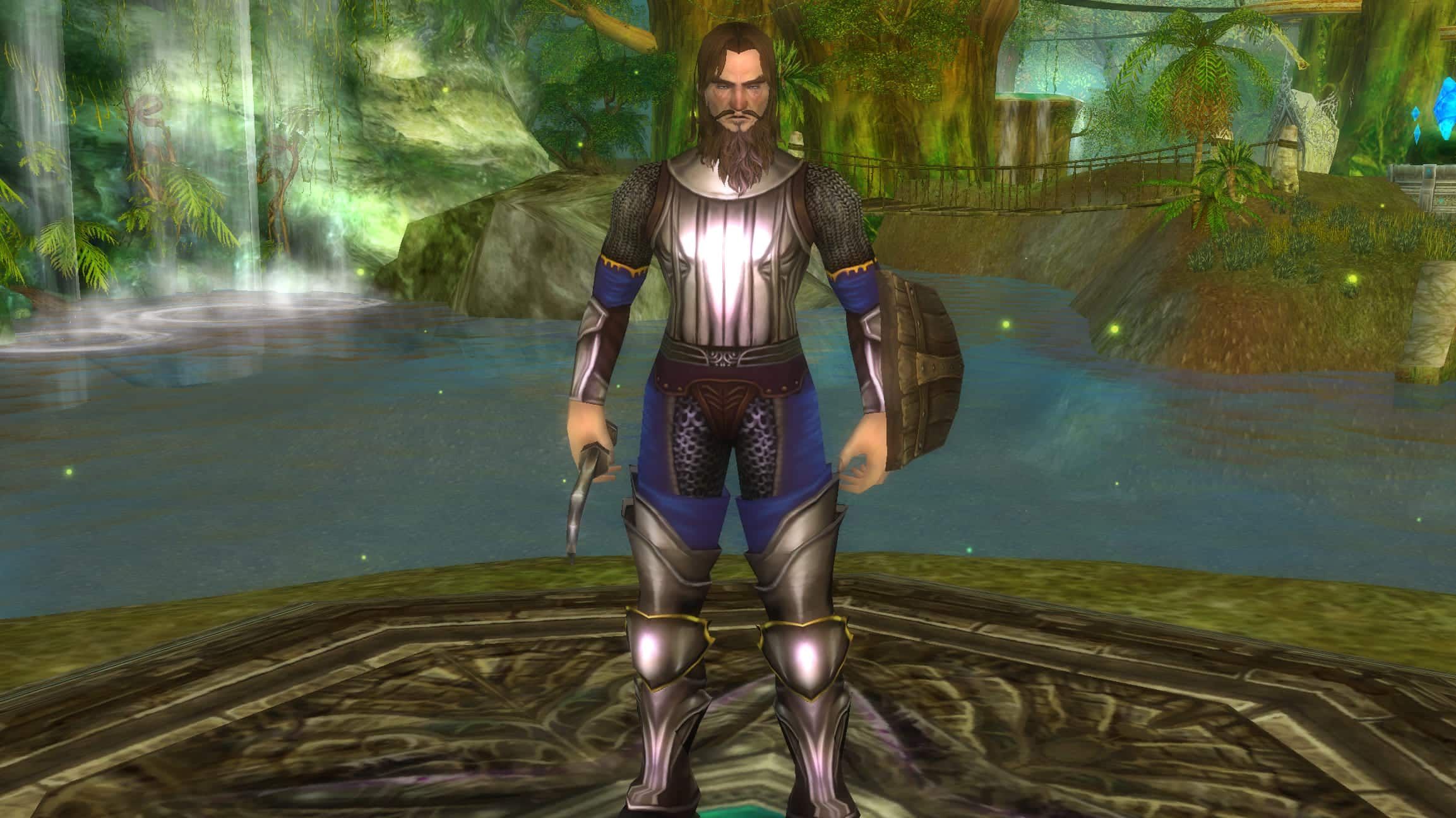 Elibigle Races: Human
Class Description: Knights were originally highly trained, loyal soldiers used by the imperial family to protect the country. Over time, the term gradually evolved to refer to any brave warrior who chooses to dedicate his life to the protection of others.

With the ability to wear the strongest of armors and shields, knights rightly earn their reputation as stalwarts of defense, often bearing the brunt of enemy attacks for their party. Knights use Mana to cast down Light Seals on their foes, which then can be triggered by a variety of skills to reduce damage, increase defense or pin down their enemies.

With skills focused on protection, knights can greatly increase the defensive abilities of any class combination. 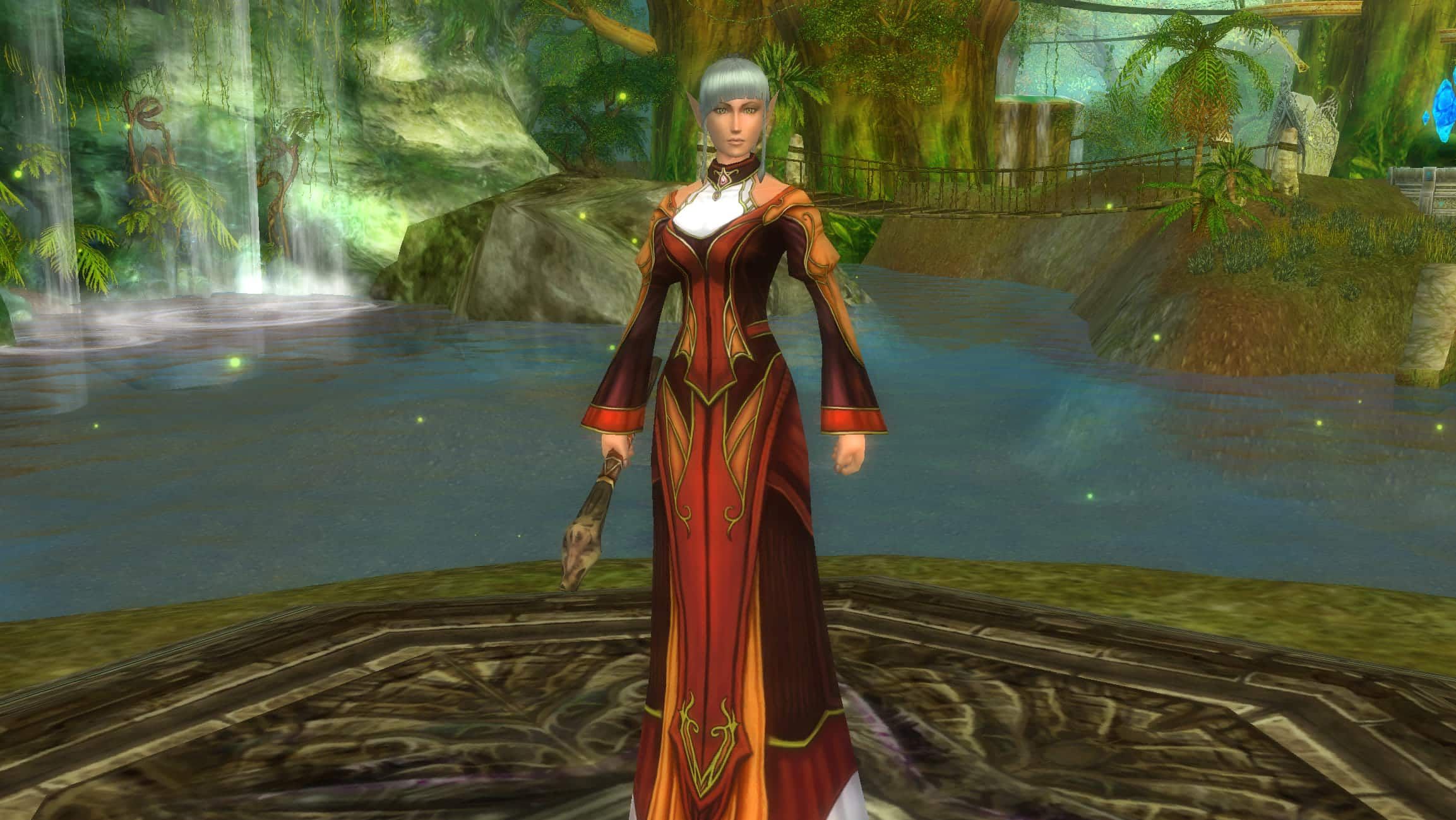 Elibigle Races: Dwarf, Elf, Human
Class Description: By and large, mages are sensible and calm; knowledge is the power they believe in, and the manipulation of the elements is the secret they seek.

Most mages wear robes, using Mana to launch magical attacks of wind and fire that can cause severe damage to single foes and large groups of enemies alike. Able to utilize two schools of magic means they possess the flexibility needed to survive a wide variety of dangers. 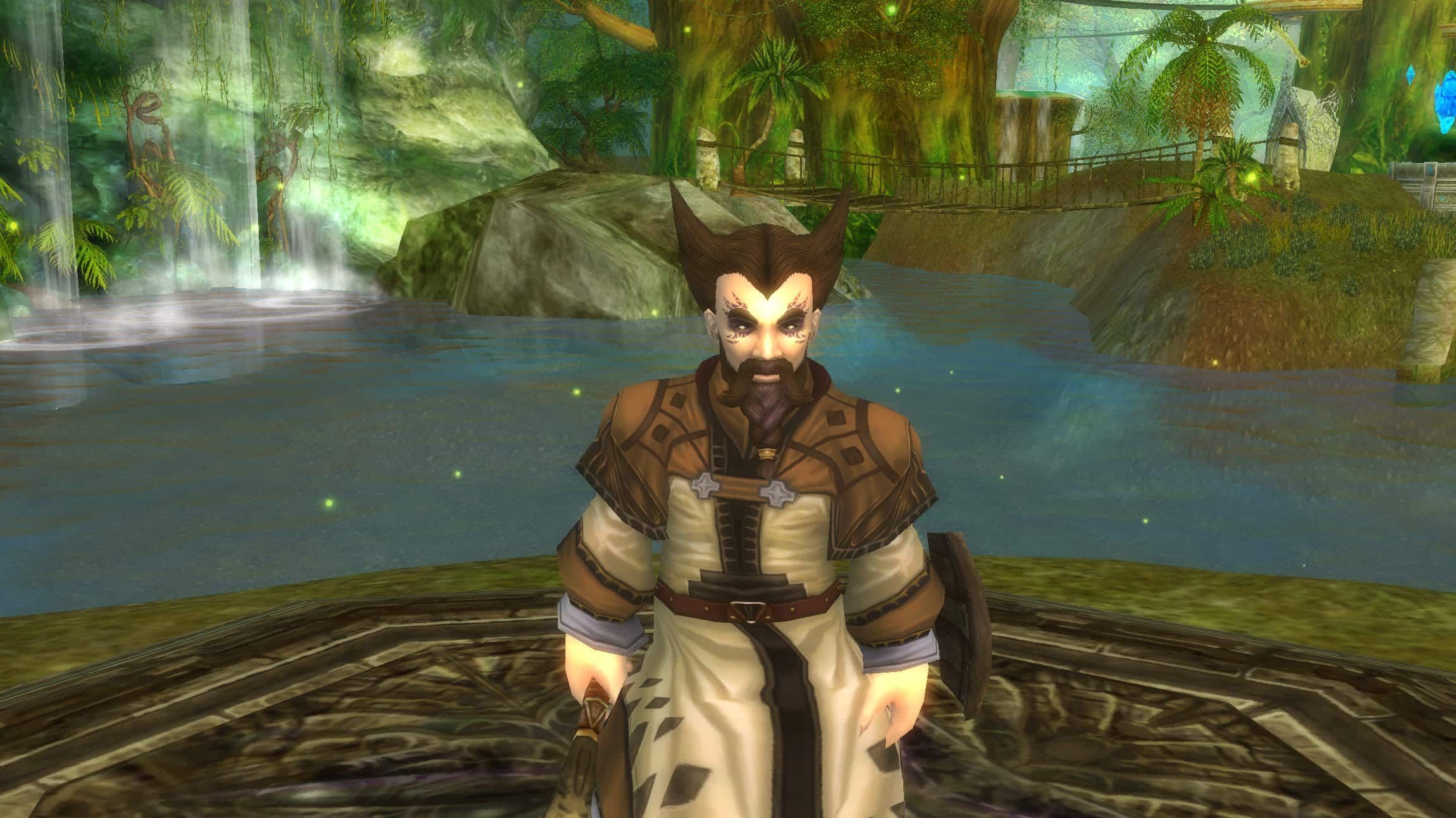 Elibigle Races: Dwarf, Human
Class Description: The unclean nature of most souls prevent them from directly accessing the gods; only the most trusted of spiritual servants can communicate with the higher powers through prayer. Some of these gifted individuals are able to become priests.

The main duty of the priest is healing others. Although they mainly wear robes, they are allowed the use of shields to protect against those that wish them harm. Through the use of Mana, priests can call down the power of the gods to heal or resurrect, and use water magic to launch attacks against their unholy foes.

The priest is an excellent supporting class that increases the survivability of any class combination. 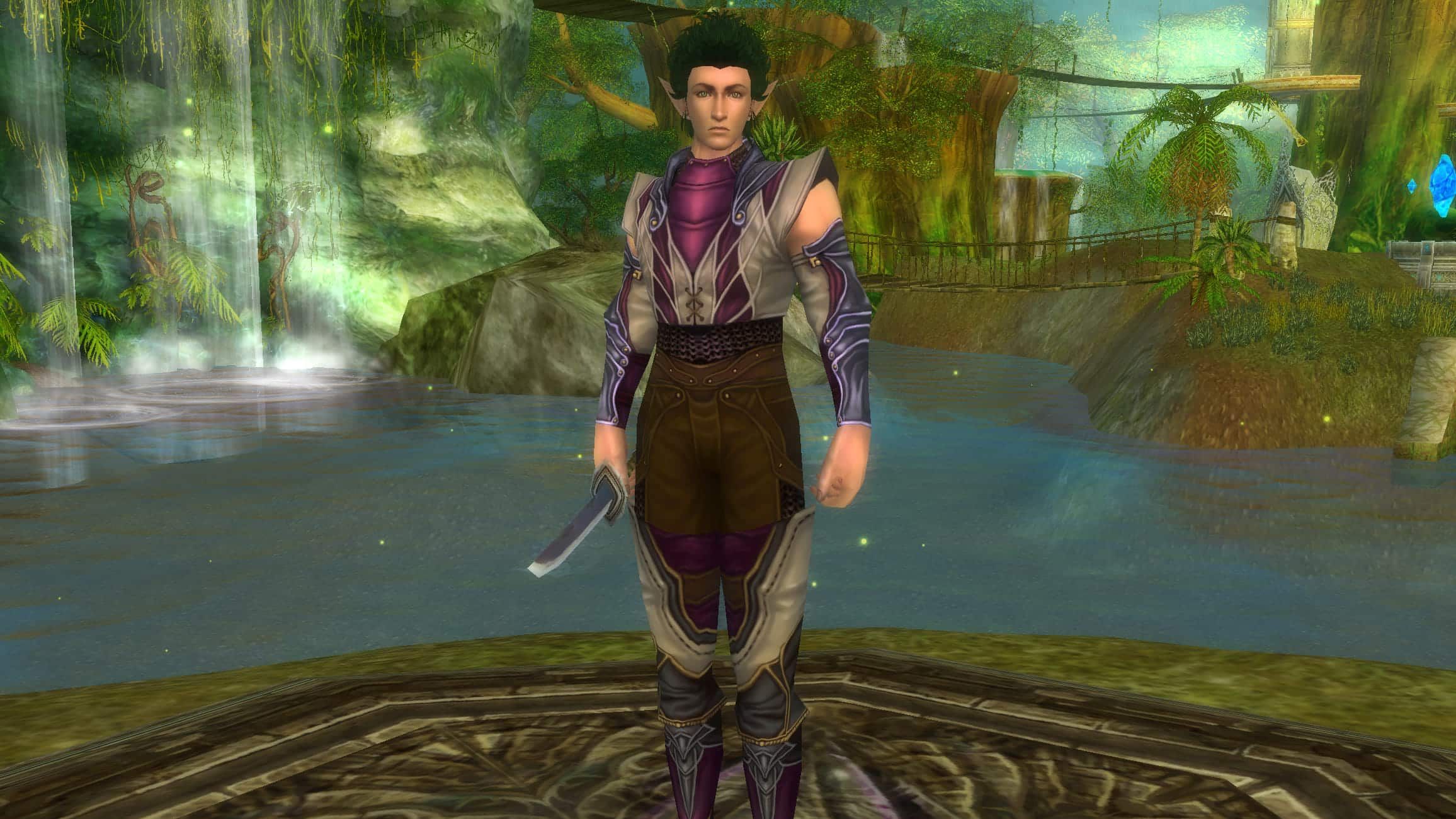 Elibigle Races: Dwarf, Elf, Human
Class Description: For many people, rogues are a disquieting sort, known for their troublesome and mysterious activities, not to mention the wide variety of unsavory methods for which they have become infamous…

A rogue in leather armor can effectively hide in plain sight while approaching an enemy, and use their unique Energy to perform special abilities, such as sneak attacks, backstabs and strikes that make enemies bleed profusely. In addition, rogues can also effectively utilize poisons and traps.

With their vicious melee skills, rogues can add immense close combat damage to any class combination. 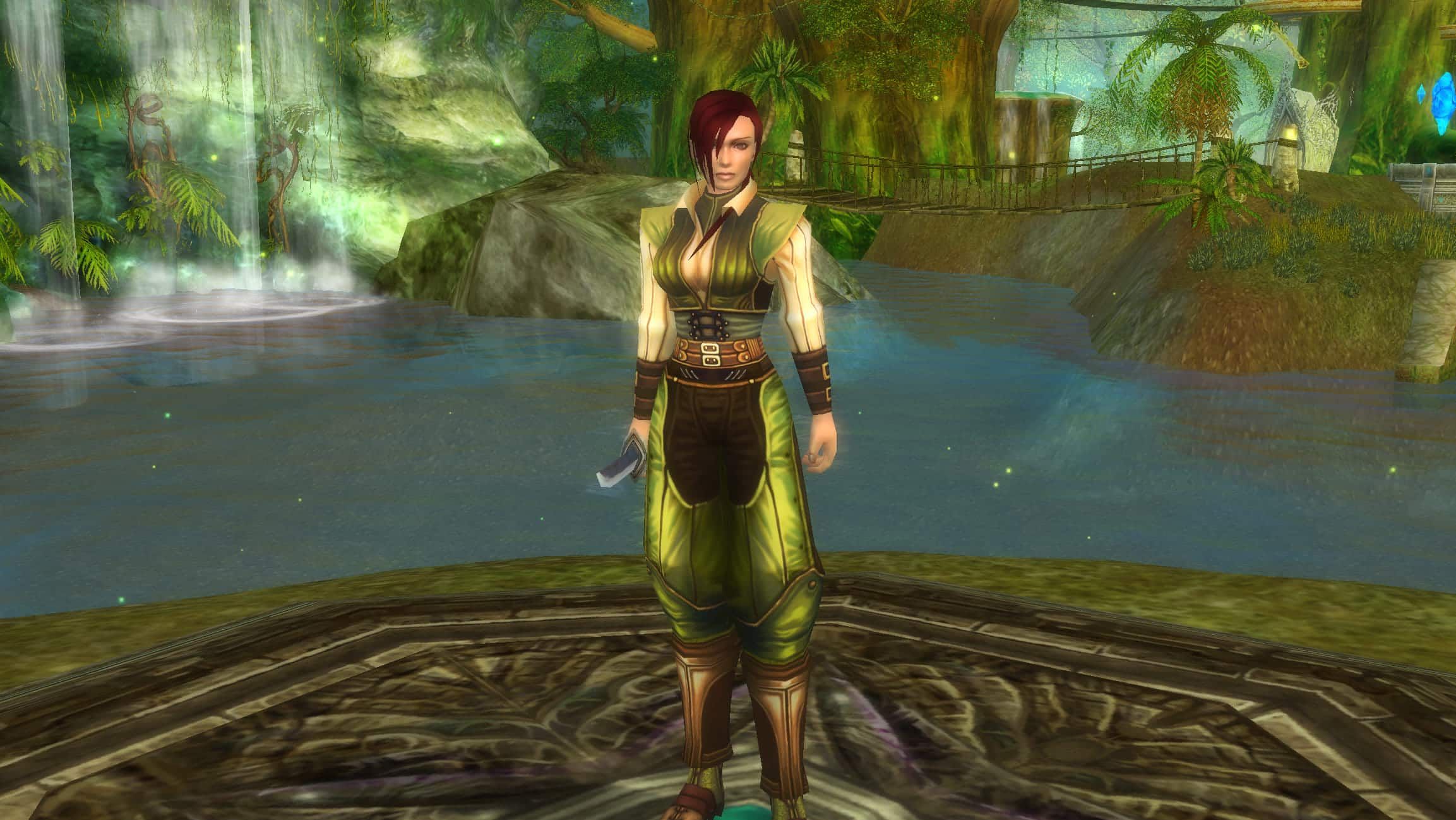 Elibigle Races: Elf, Human
Class Description: While many wrongly assume scouts simply want to exile themselves from society, these stalwart wanderers in fact are bravely seeking their own path through a life of freedom and self-exploration.

Clad in leather armor, the scout has the ability to make ranged attacks and can use Focus to perform special melees and ranged skills. They excel at holding down and controlling enemies from a distance, and gain more powerful ranged attacks over time.

Scouts bring the many advantages of powerful ranged attacks to any class combination. 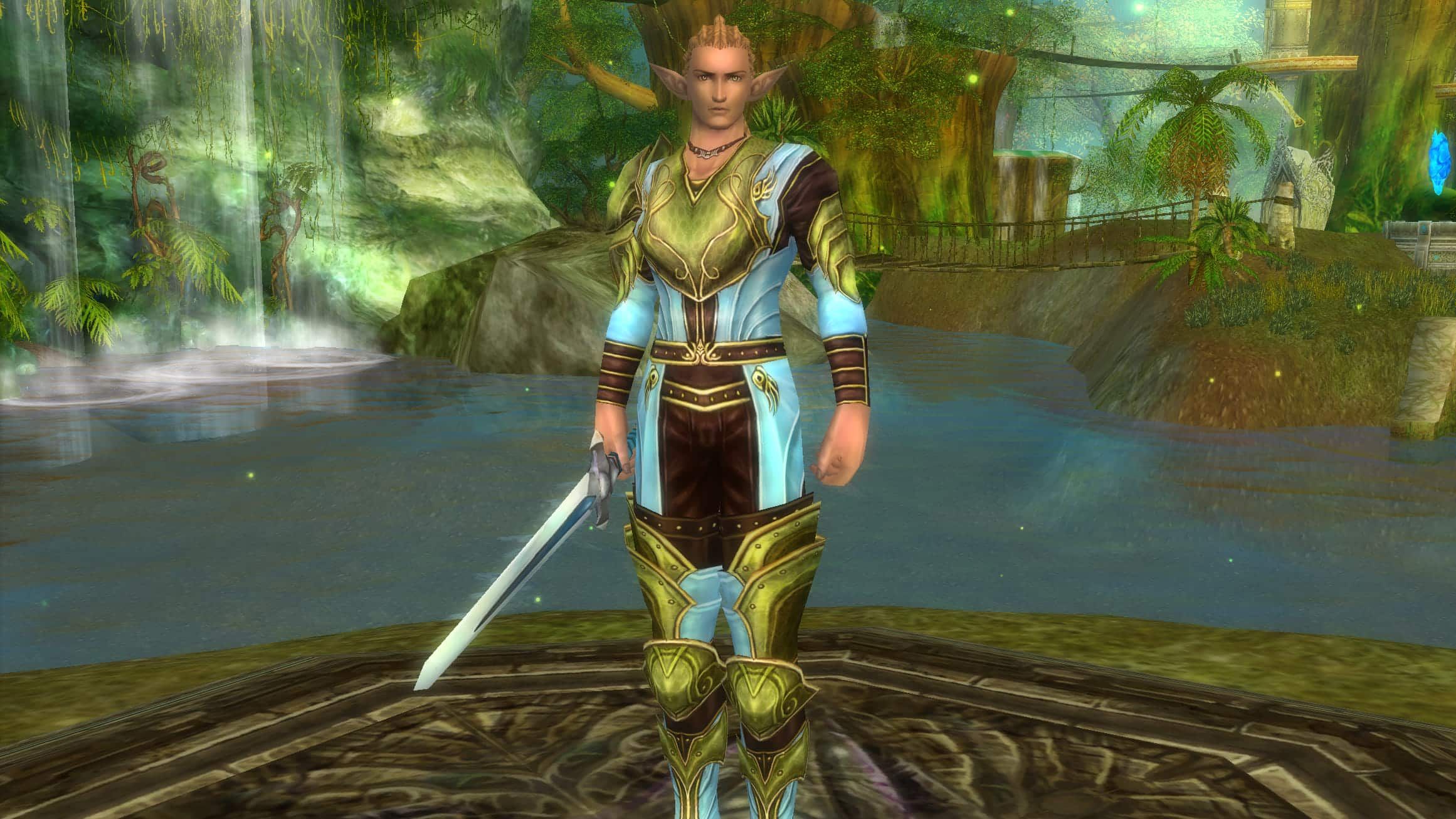 Eligible Races: Elf
Class Description: Wardens are seen as protectors whom the divine envoy of plants chose to uphold his rules. Through their deeds, the Elves which live in the woods receive blessing and protection from the plants. The plants are then looked after and protected by the Elves.

In times of war, Wardens call on all kinds of plants for help in battle. They can also become one with the plants in body and mind to receive their strength. Abilities developed while protecting the woods allow them to face their enemies. Protecting the security of the Elves is their most important mission. 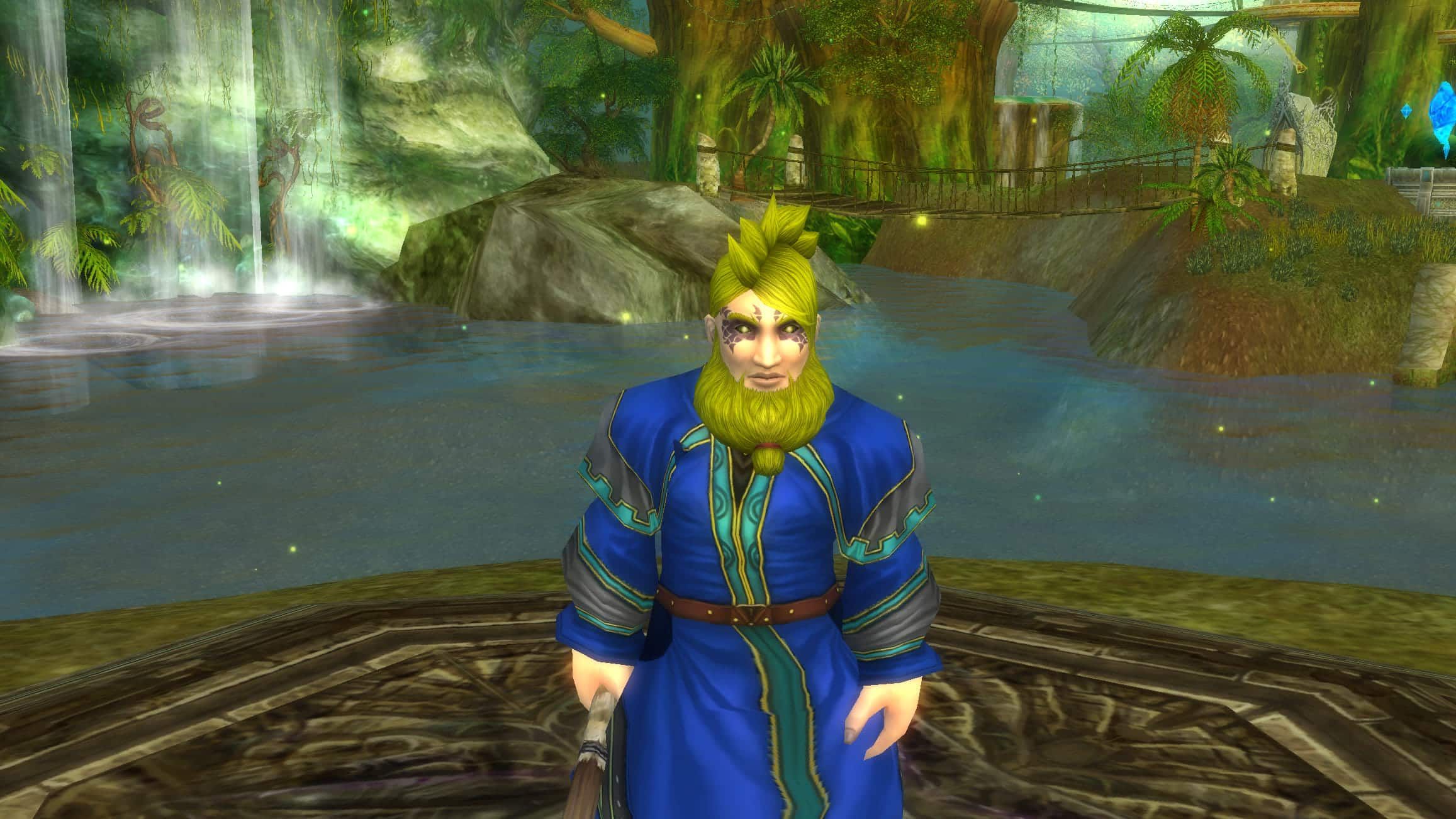 Eligible Races: Dwarf
Class Description: Warlocks stand out of the crowd. They’ve come to be known as the chosen ones by virtue of their mastery of extraordinary powers. Guiding souls via a psychic energy link and a unique talent for manipulating dark elemental energy are two such powers.

Warlocks use “focus” to concentrate their awareness. Focus assembles psychic energy that is in turn used to either attack enemies or withstand dark elemental attacks. In the process, Warlocks can earn extra “psi.”

Once they’ve accumulated enough of this unique essence, Warlocks can unleash the psychic potential of their own souls, invoking powerful curses that ruin enemies and boost allies. 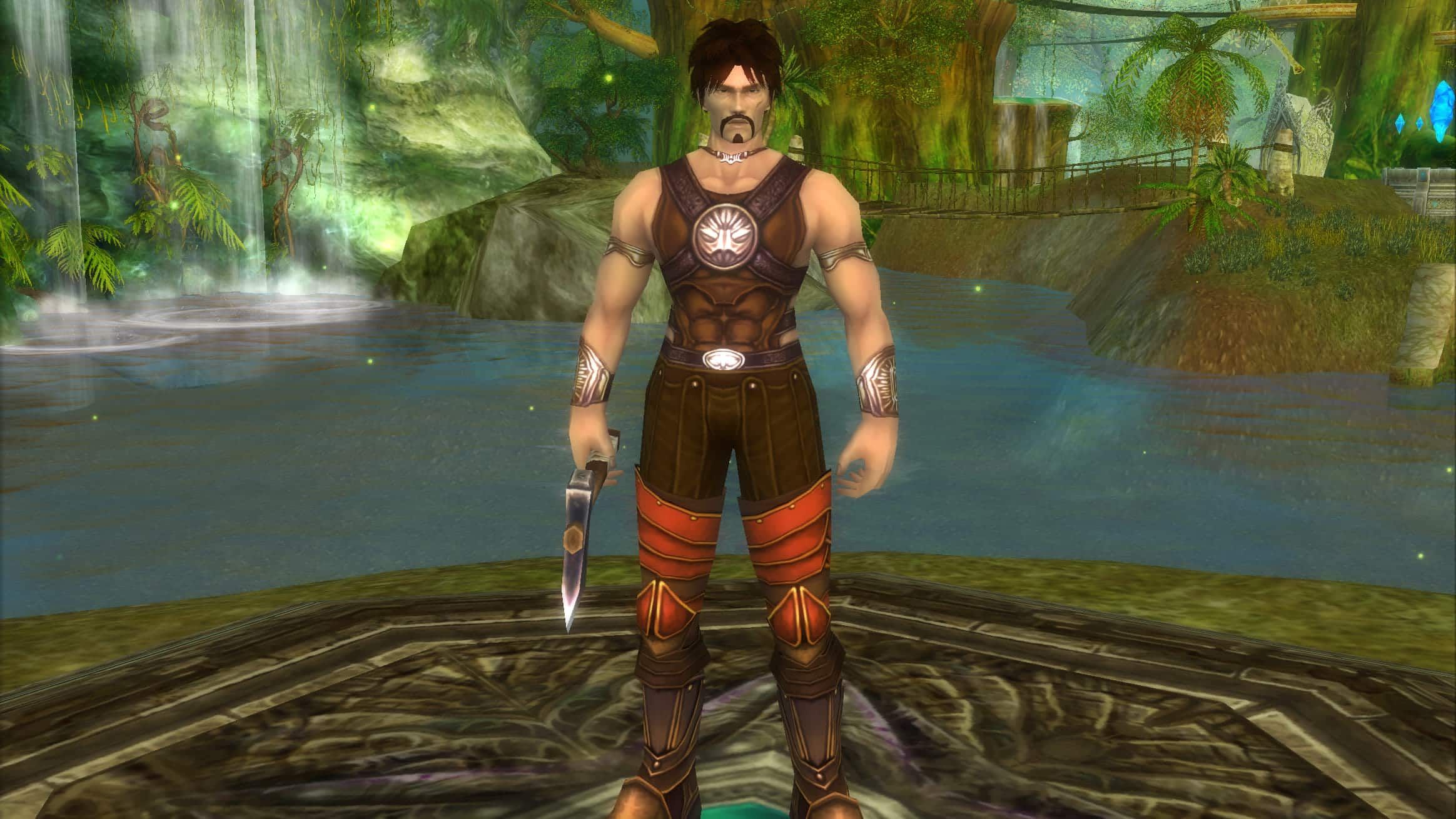 Elibigle Races: Dwarf, Elf, Human
Class Description: If straddling the line between life and death appeals to you, if you feel called to bring down your enemies and defend your allies with boundless strength and unmatched reflexes, the path of the warrior is for you.

A warrior is able to effectively use most types of weapons and armor, cause great damage and protect against mighty blows. Warriors utilize their Rage to launch attacks that inflict immense damage and other powerful effects, and possess the ability to draw an enemy’s attention away from weaker allies. This class is also able to hold two-handed weapons, further increasing the devastation they can cause.