All Devil May Cry Games Ever Released

Origin Access - Basic vs Premier - All 243 Games You Get

All The Witcher Books in Correct Lore Order

You need a lot of Stellaris expansions to make the most out of the best 4X space strategy ever made, so we have created this list to help you!

Stellaris expansions come out every few months, and they offer either more advanced mechanics & gameplay features, or aesthetic upgrades, making for a necessary addition to the game.

All of us “hate” Paradox Interactive’s DLC policy (releasing 50 DLCs per game, if you weren’t aware), but we (have to) buy most of them either way. This guide aims to clear out confusion from your buying choices, and help you concentrate on which expansions are the most important to your own gameplay style.

Paradox Interactive is following a similar DLC strategy with all of their grand strategy titles, Stellaris being no exception.

With each main expansion, they are adding new features, mechanics & systems to Stellaris, offering more variation & depth to your campaign in meaningful ways.

Truth is, all Paradox games are too “niche”, therefore those who enjoy them the most will probably need to get hold of every single expansion in order to get the most complete experience the game can offer.

Let’s break down all Stellaris expansions from the newest one to the oldest one, and identify the core additions each one makes to the game.

Most 4X games introduce a Spying mechanic through one of their earliest DLCs, but Stellaris decided to come late to the party. I’ve never felt this type of mechanic made for an interesting expansion, but hopefully there are a few more things included in Nemesis, making it a worthwhile DLC all over.

More specifically, the endgame gets more attention, with new Crisis mechanics, that even put you under the driver’s seat! Stellaris already offers a strong endgame in a genre that’s desperate for it, and Nemesis will definitely make your experience better – if you do own most of the other expansions! 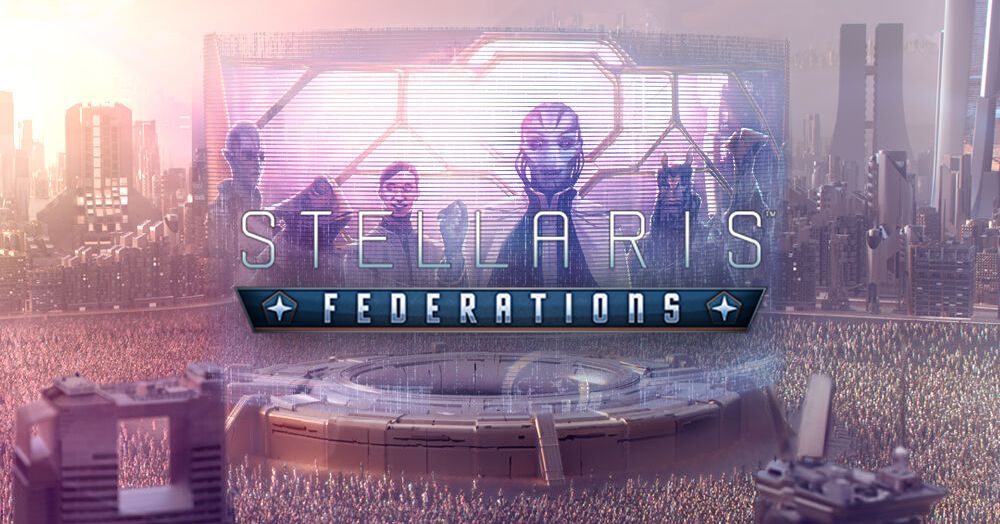 The “diplomatic” expansion – Federations – aims to advance the diplomacy part of the game, and let you influence or manipulate the other empires without resorting to warfare.

It’s one of the most essential Stellaris expansions, since even though micro-management is at the core of the game, diplomacy always lacked major attention, and using warfare was pretty much necessary even for the most peaceful races.

A must-have for players that prefer alternatives to war, and a worthy continuation to the Stellaris franchise. 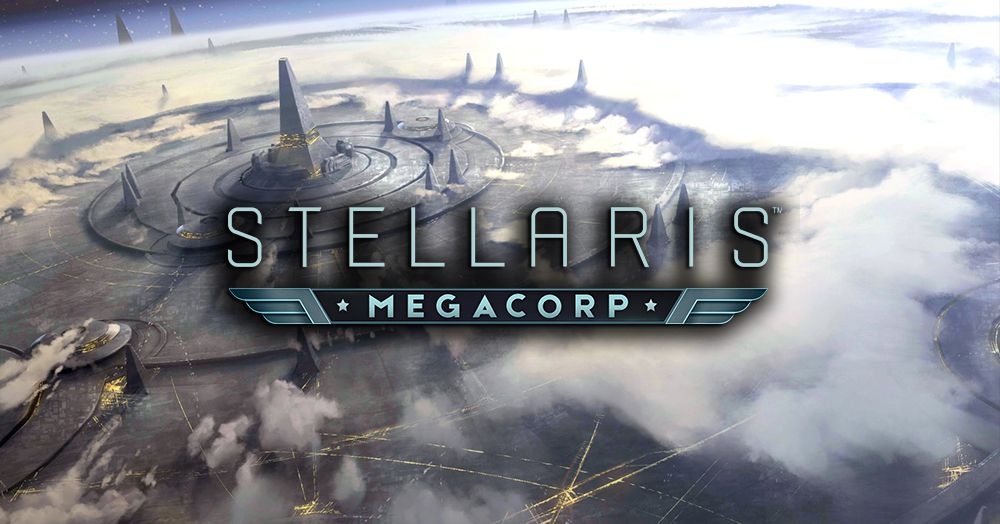 MegaCorp, as is obvious, focuses on mega galactic corporations, and advancing the economical side of the game.

It introduces many missing features to the game’s trading mechanics & profitability, as well as population management and expanding. 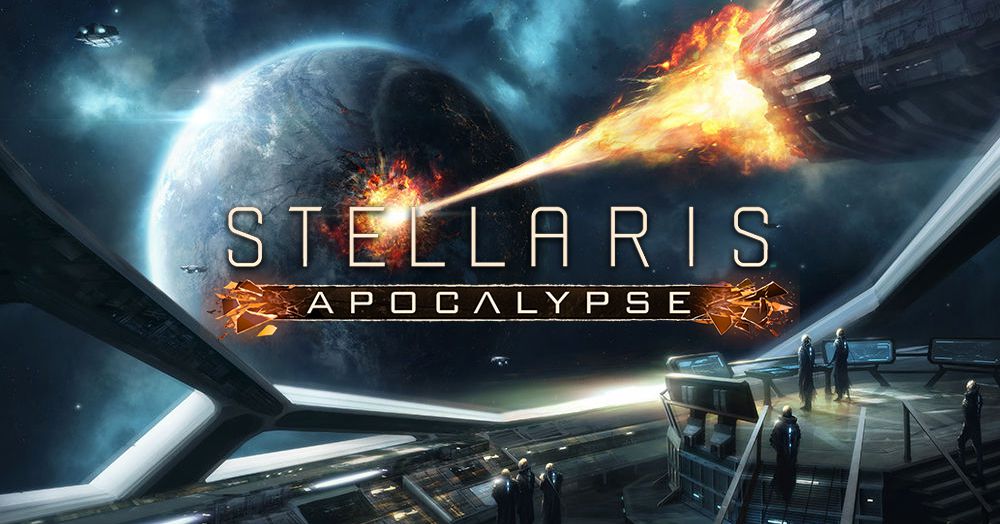 Apocalypse features big things, but is probably one of the “smallest” Stellaris expansions to date. It adds several warfare-based mechanics, that really feel like a free update, instead of an expansion.

What’s more, its main features are mostly experienced quite late in the playthrough, or require you to be the “evil” guy. Definitely try to get Apocalypse on sale! 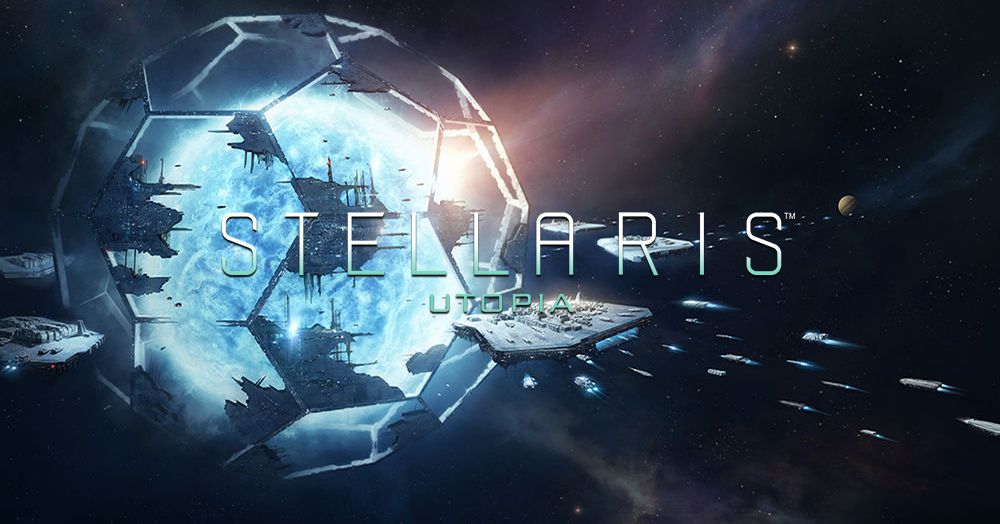 Utopia is a must-have Stellaris DLC, adding a lot of depth to many mechanics that will make ruling your empire that much more fun and efficient!

It’s the first step in the right direction, and an essential expansion in order to experience the later expansions’ features as well (due to Ascension Perks). It should be the first one you get!

One of the first things that made me fall in love with Stellaris, is how rich the lore is, and how alive and purposeful everything feels – from a small discovery to a planetary war!

I can’t blame Paradox for bringing more storytelling in the form of paid expansions, but these are definitely targeted only to the most loyal followers. Story packs also offer unique events and questlines, that make every playthrough more memorable! 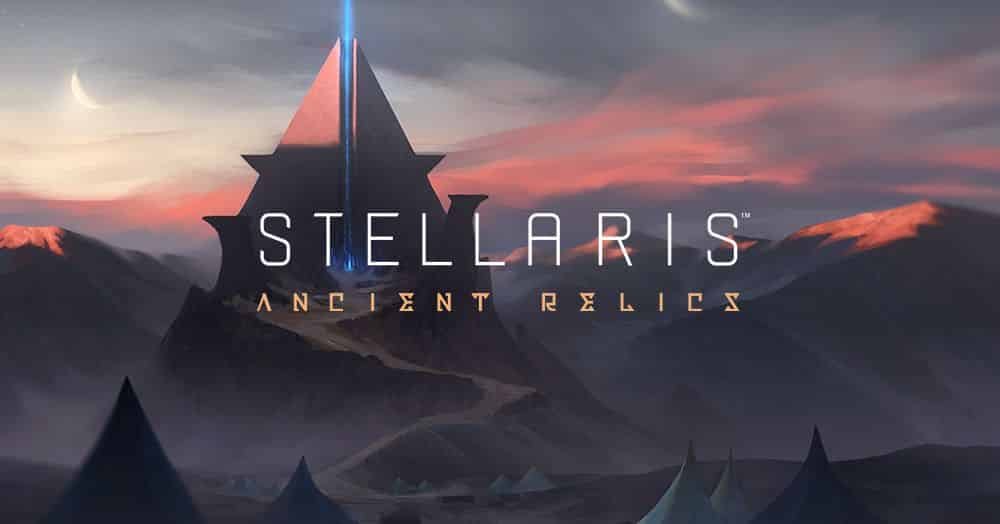 If you enjoy discovering the unknown in Stellaris, then Ancient Relics is a great addition to your collection!

There are many nice micro-mechanics added, and they definitely make for a more thorough experience in your campaigns. 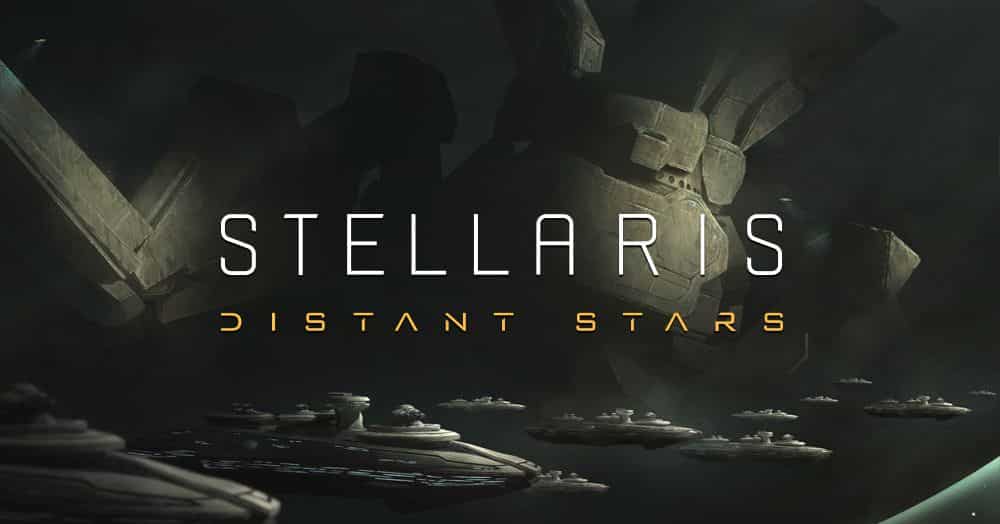 A story pack that focuses on.. story, Distant Stars is a great expansion for Stellaris – if story & lore is your main thing!

Space becomes more alive, with more occult creatures, and a ton of new events and anomalies, so it’s a worthy addition to your Stellaris expansions gallery. 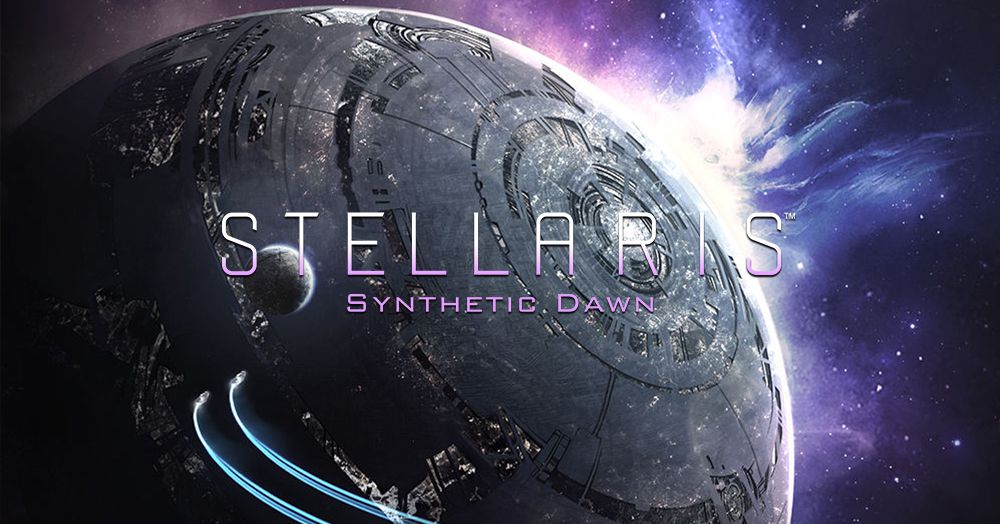 Synthetic Dawn doesn’t bring much to the table, apart from a new Robot race that is quite customized, with unique gameplay features and events, for the “machines taking over” enthusiasts.

So unless you are looking to create the ultimate AI empire, there’s not much for you here sadly. 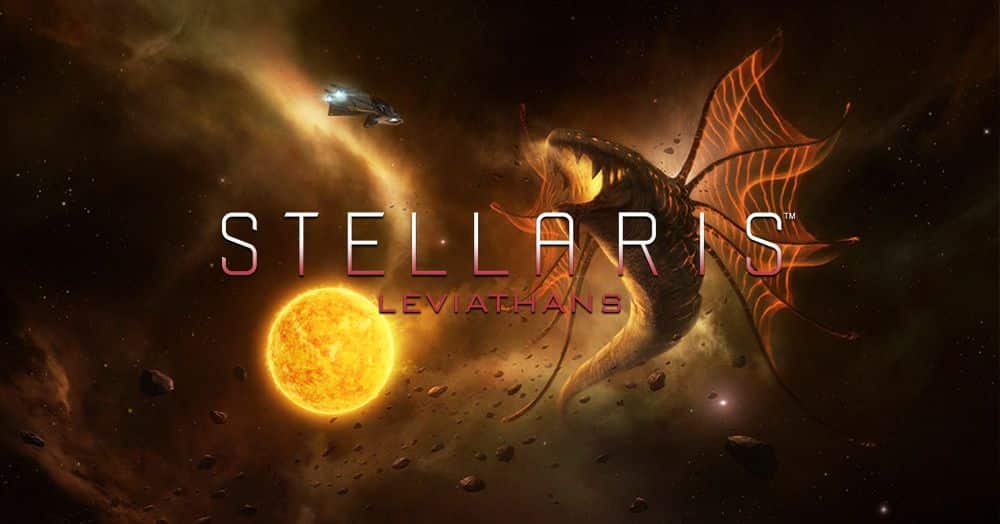 The first story pack for Stellaris – Leviathans – doesn’t offer too much, or too little. It will definitely enrich your gameplay, and unlock some quite useful features like the Enclaves.

You can live without it, but it’s a nice addition, especially on sale!

Paradox are well known for their DLC-galore, and inventing new types of DLCs.

“Portrait Packs” are one of these types, and they exist in Stellaris too. Hopefully they are not just portraits, but provide new Species to play as too. If you’re not a hardcore Stellaris fan, you can simply ignore them.

Aside from a lot of extra cosmetic flavor, the Necroids Species Pack brings us the Necrophage Origin, that offer 3 civics that are quite appropriate to their nature.

If sacrificing populations, raising undead armies or taking advantage of tomb worlds sounds like you, then you won’t be disappointed with this DLC! 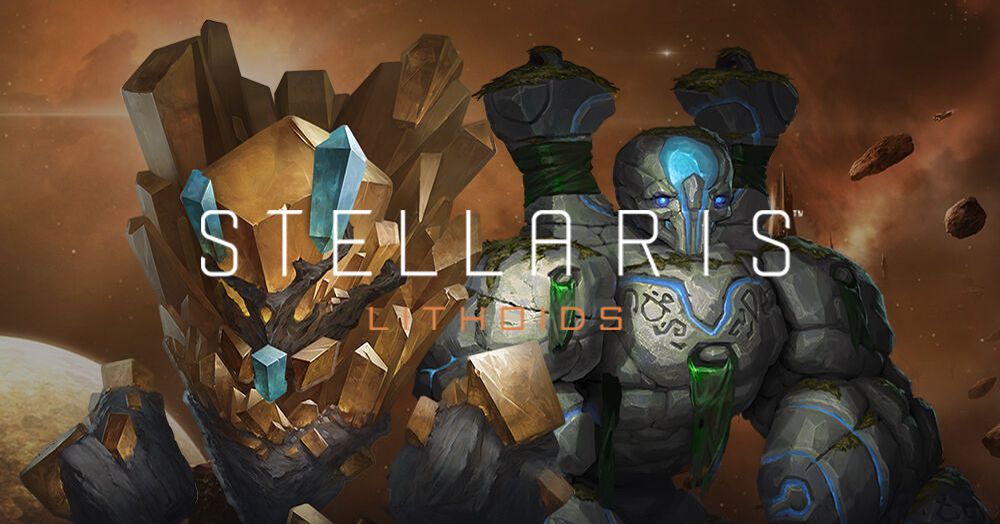 Another underwhelming species pack, which however offers a very interesting species – Lithoids.

They offer a mineral-based / “relentless” colonization gameplay, which will appeal to most 4X fans, and provides a nice gameplay variety to Stellaris. 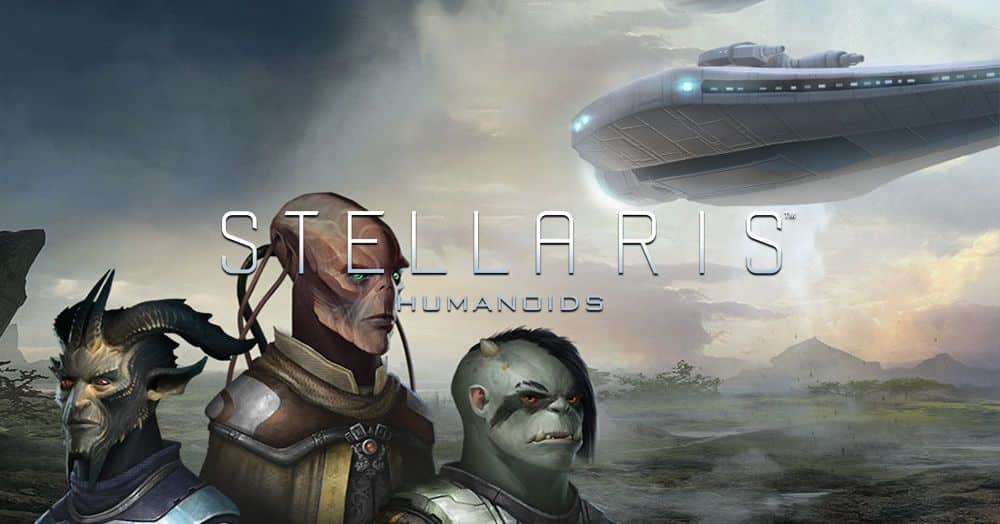 The Humanoids Species Pack is a bit more packed than its predecessor, and definitely appeals to a larger audience, since more people like.. people, than plants!

All in all it’s a nice aesthetic pack if you’re a fan of playing with Humans / Humanoids, so you be the judge of your wallet here! 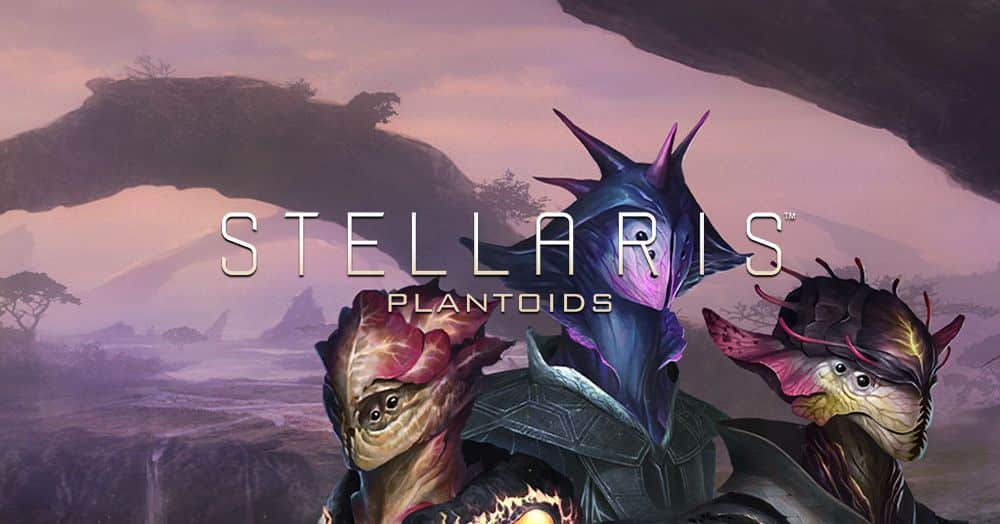 The Plantoid Species archetype gets introduced, and will probably appeal to old-school horror fans – or those seeking a more “earthy” feel on their space domination.

Nothing much to add here, you know better if it’s right for you, or you just want to grab it on a sale and complete your Stellaris expansions collection!