The Seven Deadly Sins: Grand Cross, is a Gacha game developed and published by NetMarble, and based on the original The Seven Deadly Sins Manga & Anime series. Originally released in Japan on June 4, 2019, pre-registrations for Android & iOS devices for EU & NA began on January 15, 2020, reaching more than 1,000,000 pre-registered accounts.

The moment we've all been waiting for: the release date, revealed! The Seven Deadly Sins: Grand Cross launches on Mar 3! #TheSevenDeadlySinsGrandCross #ComingSoon pic.twitter.com/IUpGDBHXRU

Below you can check more information about the manga and anime series:

7DS is one of the most hyped mobile RPGs, and let me say it’s 100% justified! It doesn’t just add a couple of cool features to gacha games – it reimagines the whole genre!

Let’s take a quick look at what 7DS is all about, and what makes it different from the best gacha games. 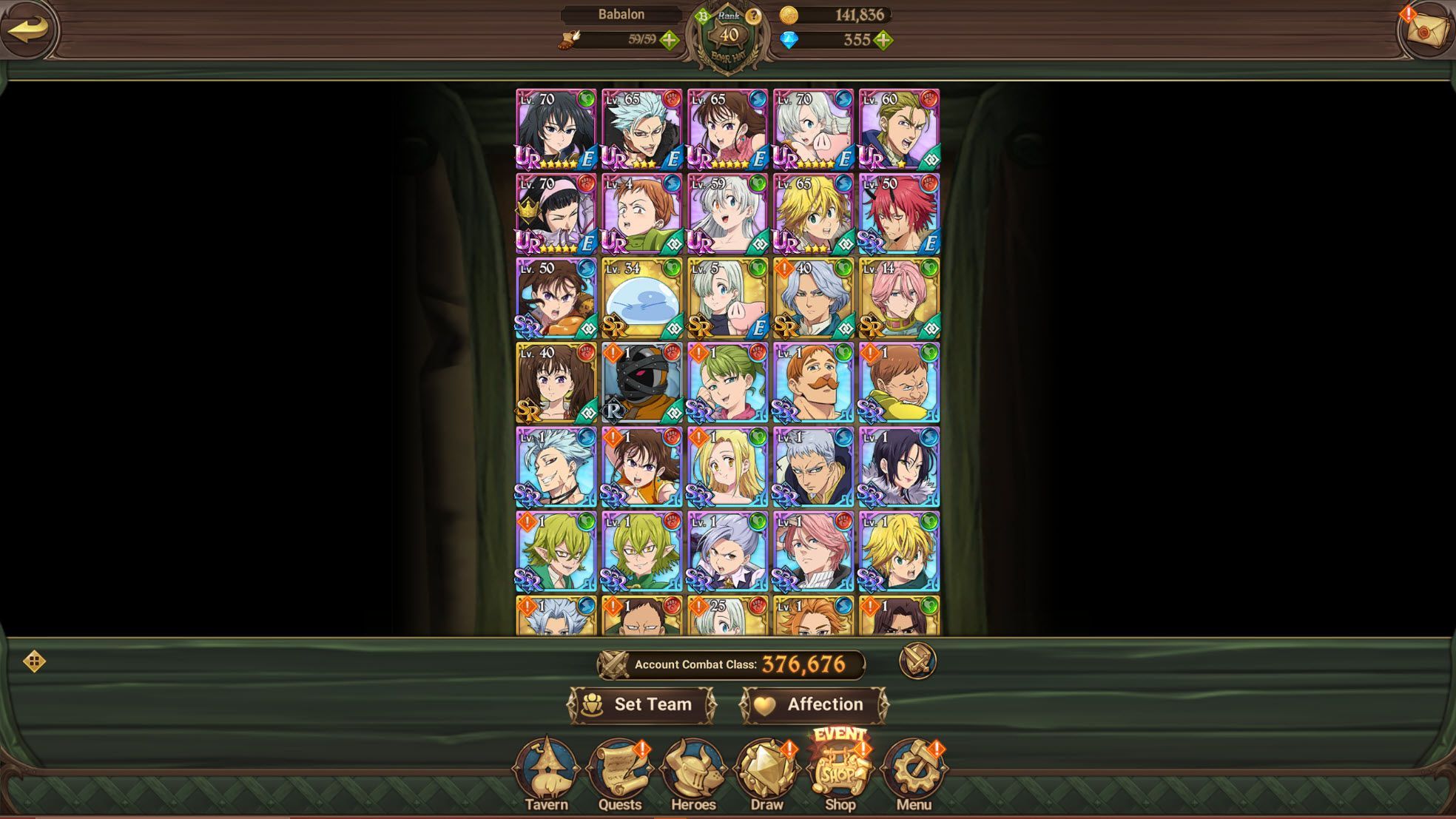 I have to admit I’m quite picky with my gachas – if I don’t love the waifus.. I mean heroes, it’s hard to get hooked. I’m also hardly an anime fan, but there’s no denying 7DS’ quality and attention to detail.

All characters are meticulously crafted according to the manga / anime counterparts, and there’s just so much customization and personality to each one – a rare sight for gacha games.

There are literally dozens of different skins for each hero’s outfit, weapon & head, that will enhance both your visual, and your stats’ progression.

Sure, most “Ultra Rare” skins will cost you Diamonds instead of Gold (so don’t go on a shopping spree), but the game is quite generous with Diamond rewards from any type of content, so careful decisions can help you stay competitive as an F2P player without much issue.

Last but not least, (as expected) there are a multitude of ways to enhance your heroes’ combat power – Evolution, Awakening, Equipment, Limit Breaking and Ultimate Skill Enhancing, as well as various “RP” features like unlocking Artwork, Voice Lines, Animations and Skins through raising your Affinity with each hero, by cooking them meals or providing them with gifts!

I was quite confused by the combat mechanics at first, but I quickly realized how fun and balanced it is!

Your team is comprised by 3 main heroes, and 1 supporter, which will swap with the first of your heroes that dies. What’s more, you can assign an extra hero to each of your heroes, providing extra power, unique combined skills, and unique association bonuses! So don’t worry, there’s a lot of room for bringing your favorites to battle, especially considering the different modes, where different heroes can shine!

Each hero has 2 normal skills, and 1 ultimate. You get to choose which 3 skills to use on your round similar to a card game, and you can also combine multiples of the same skill to empower it! There are Attacks, Buffs, Debuffs and Heals, so executing your skills in the right order will make the difference if you go competitive.

There is a nice balance between idle & active combat. While you are “forced” to use manual combat in some Story stages, you can toggle between Auto & Manual in pretty much any game mode. The freedom of choice is always nice to have!

One thing we love and hate in all gacha games, is dailies! Doing the daily grind is extremely repetitive in most games, while it’s really not worth skipping it. Don’t get me wrong, 7DS has dailies too of course, but even there it will spice things up the further you progress in Story mode!

7DS has something unique though, you can actually walk in 3D in each Chapter’s town, interact with NPCs and Shops, as well as carry out Side Quests that will raise your Friendship level with the Village, unlocking more Shops, Perks, and of course harder quests with better loot! ?

Truly genius… Using actual RPG mechanics in a gacha game, what more can you ask for! It’s also worth noting that all of the game’s progression feels like a great RPG journey, you have the chance to explore the world and take part in the story in a way we haven’t seen before in this genre.

I don’t want to spoil more things, just go ahead and try it for yourself! 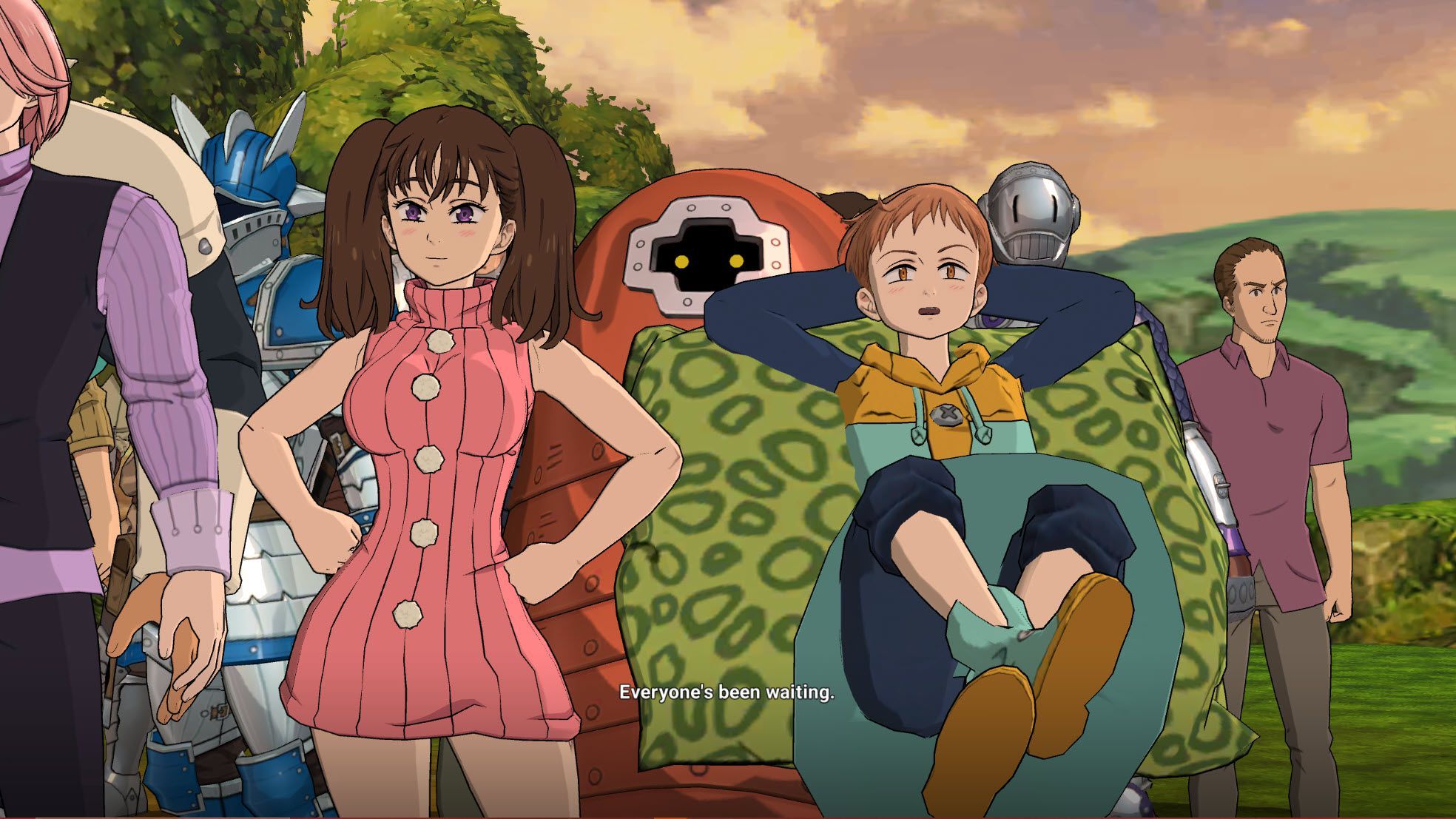 And the praise goes on! The story of The Seven Deadly Sins is just amazing! Great anime cinematics with professional voice overs, full dialogue for even the tiniest side quest, and a story with actual value and progress!

I hate skipping the story / dialogues in any game (even though I know most people do either way), so I’m glad this time I don’t even have to feel enforced to read them. ? The pace is great, and oh well… this game is full of surprises in every corner!

You will get to meet the characters quite deeply, and even a lot of the NPCs, which at the end of the day will make you enjoy the game more, and invest in becoming better.

P2W? – Less Than Others, Far From Perfect 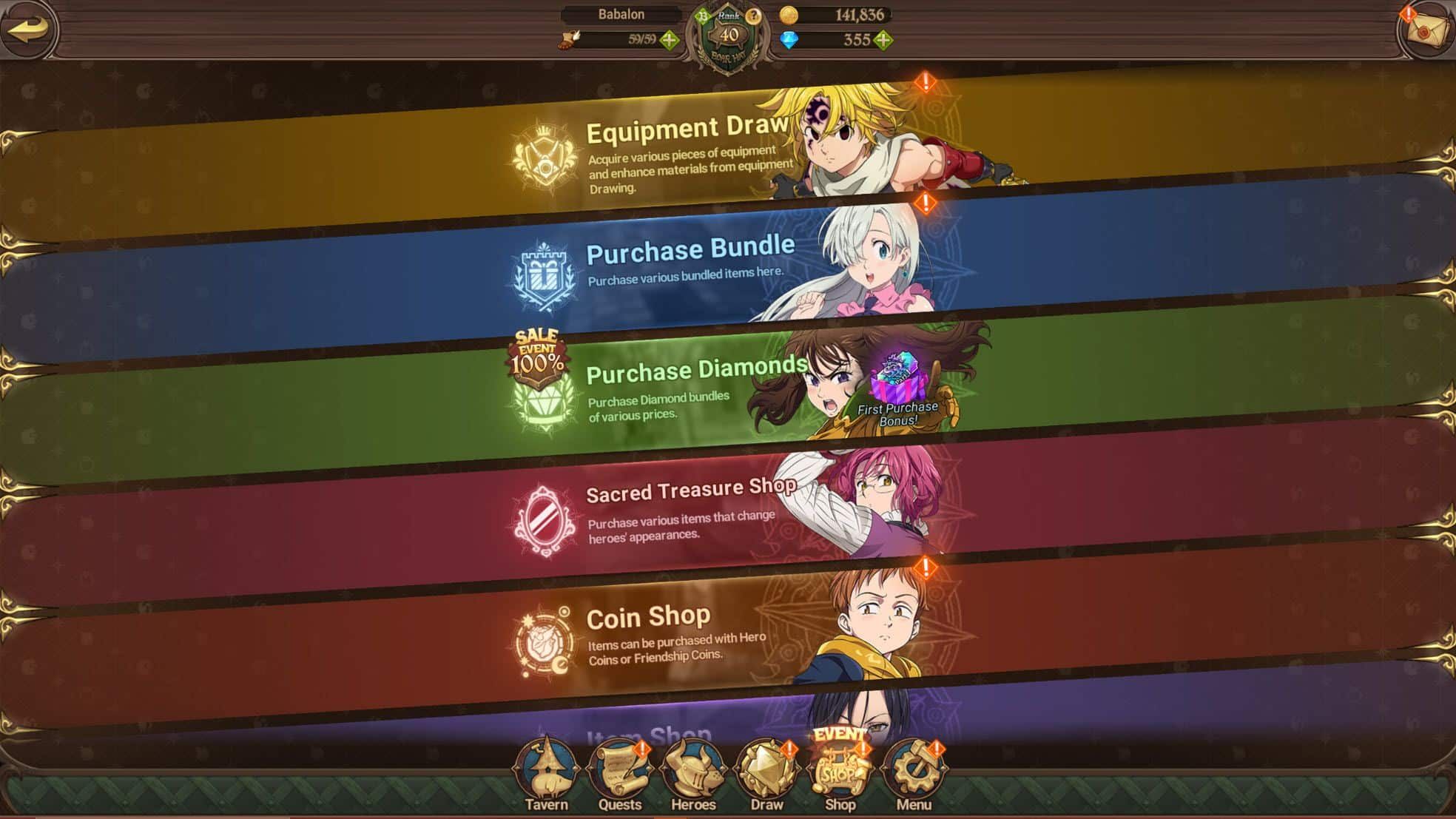 Having a gacha game without 100$ packages just. won’t. happen! This is the market, so anyone not doing it just misses out.

The real P2W argument is “can you enjoy the game as much as a paid player”. And the answer is definitely! Of course, money will let you progress faster, this is always the case.

But there are no game modes or mechanics that are paylocked. You can freely do anything you want to, as long as you manage your resources properly.