Valheim is an open world survival game with Vikings that has taken the world by storm, amassing over 4 million copies on PC, making it one of the fastest Early Access games being sold this year.

It goes without saying that there’s not a single Early Access title that’s perfect, and Valheim of course is not an exception, it has a few flaws here and there but nothing that will ruin your experience and frustrate you, if you are prepared.

The modding community nonetheless is up to the task to improve the game even further, or fix some of the building aspects which in my opinion seems to be the only thing that drives me just a tiny bit mad sometimes, so without any further ado let’s move on to the list of the top 10 best mods for Valheim.

Disclaimer: It might be the intention of the developers to make the game as hard as it is in its vanilla state and the mods we are suggesting might make it a lot easier.

This is the most popular and most downloaded mod for Valheim, it has a lot of options allowing you to change numerous parameters in the game such as the attributes of players like weight limit or stamina usage, utility structures, workbenches, building, and many more. 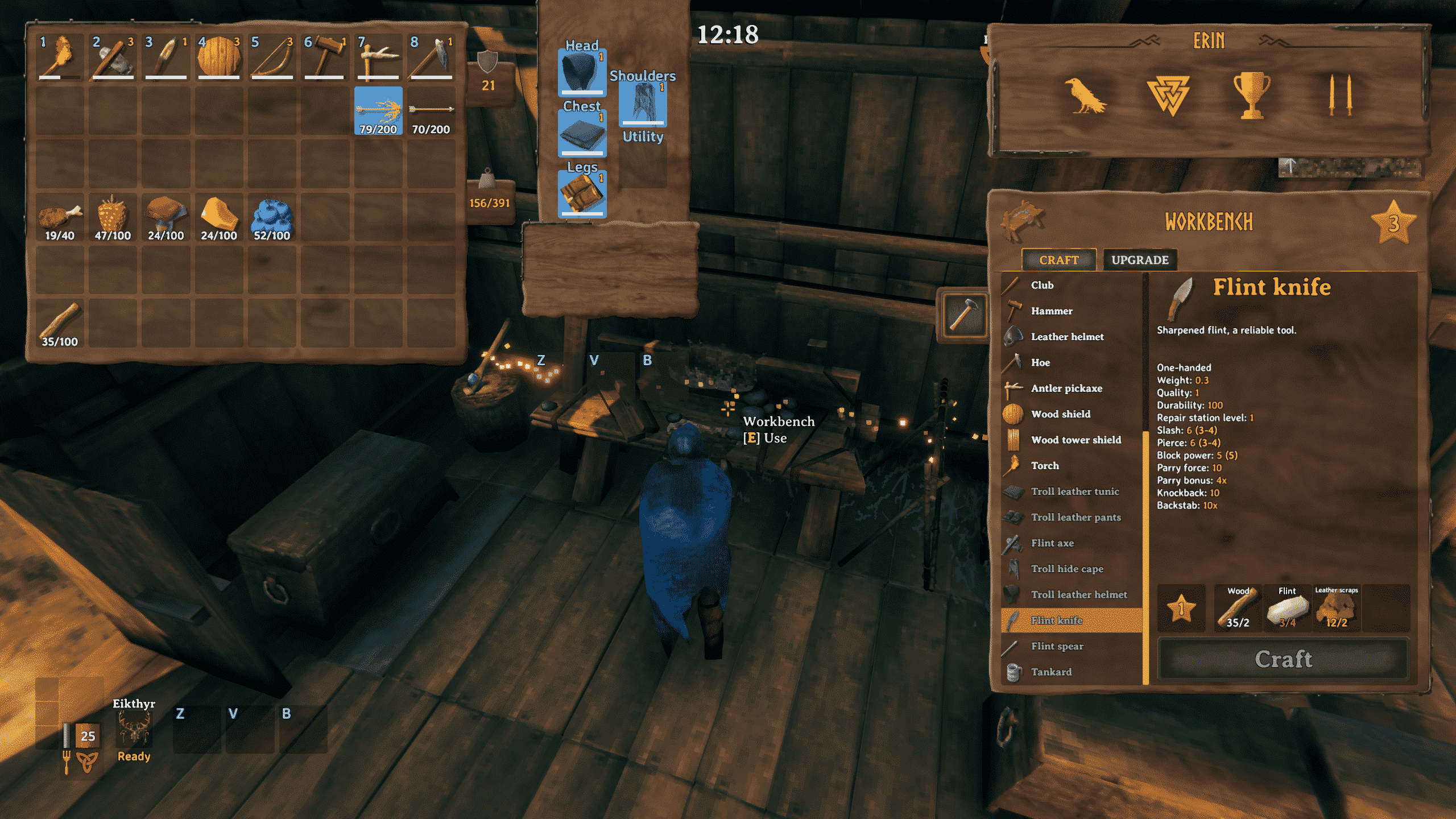 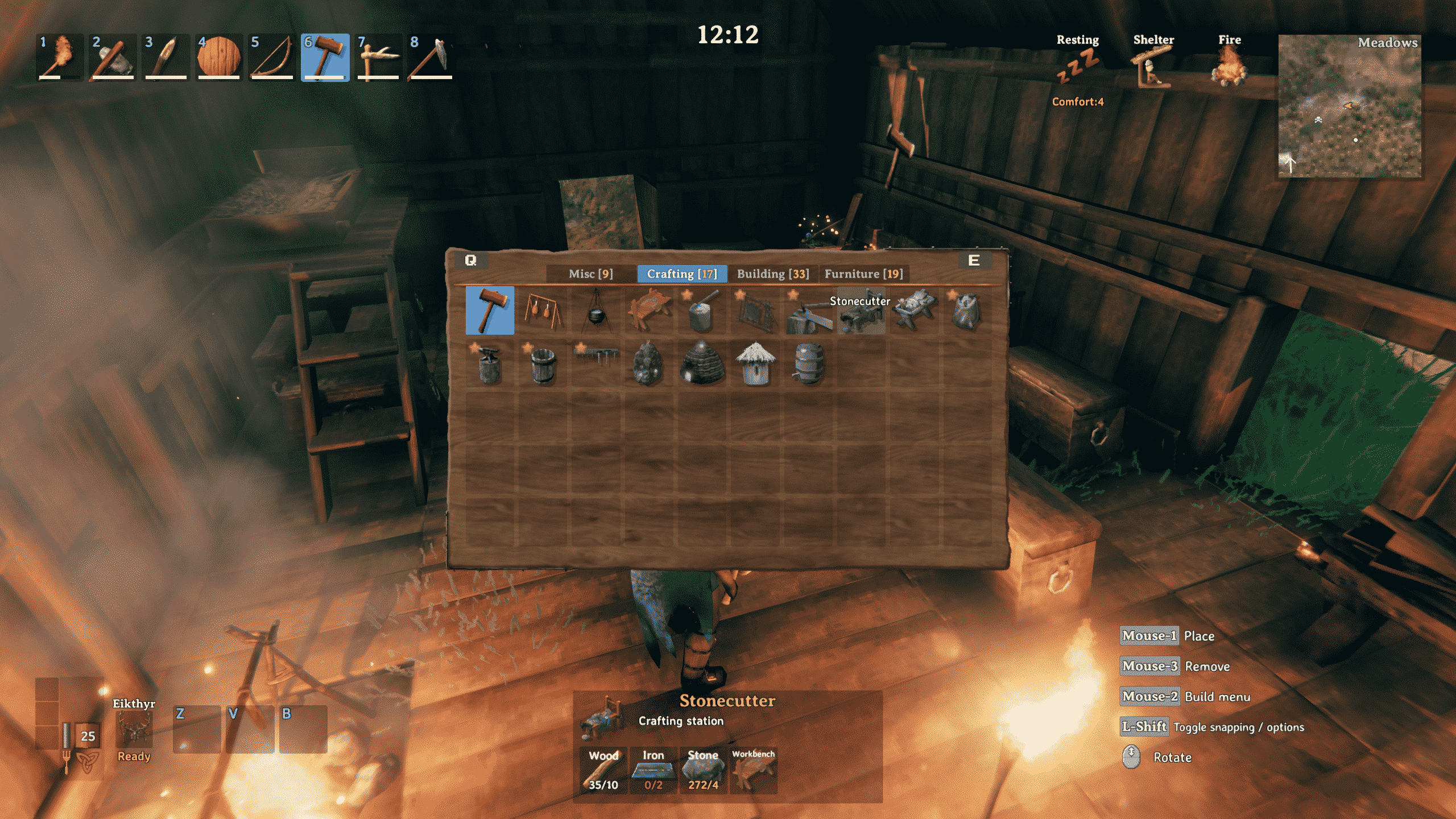 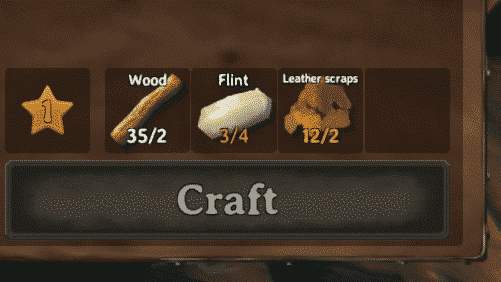 
This is a mod that allows you to pull items from containers in the vicinity when you are going to craft, build or cook, etc.

Very handy for those who have spent countless hours in the game and are getting bored with the tedious transportation of materials to the crafting stations each time, one downside with it is that it breaks the immersion so it depends on you and how you feel like playing. 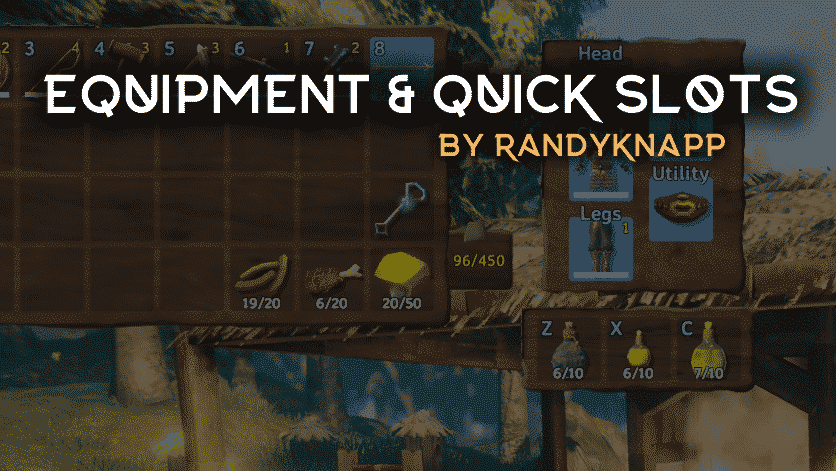 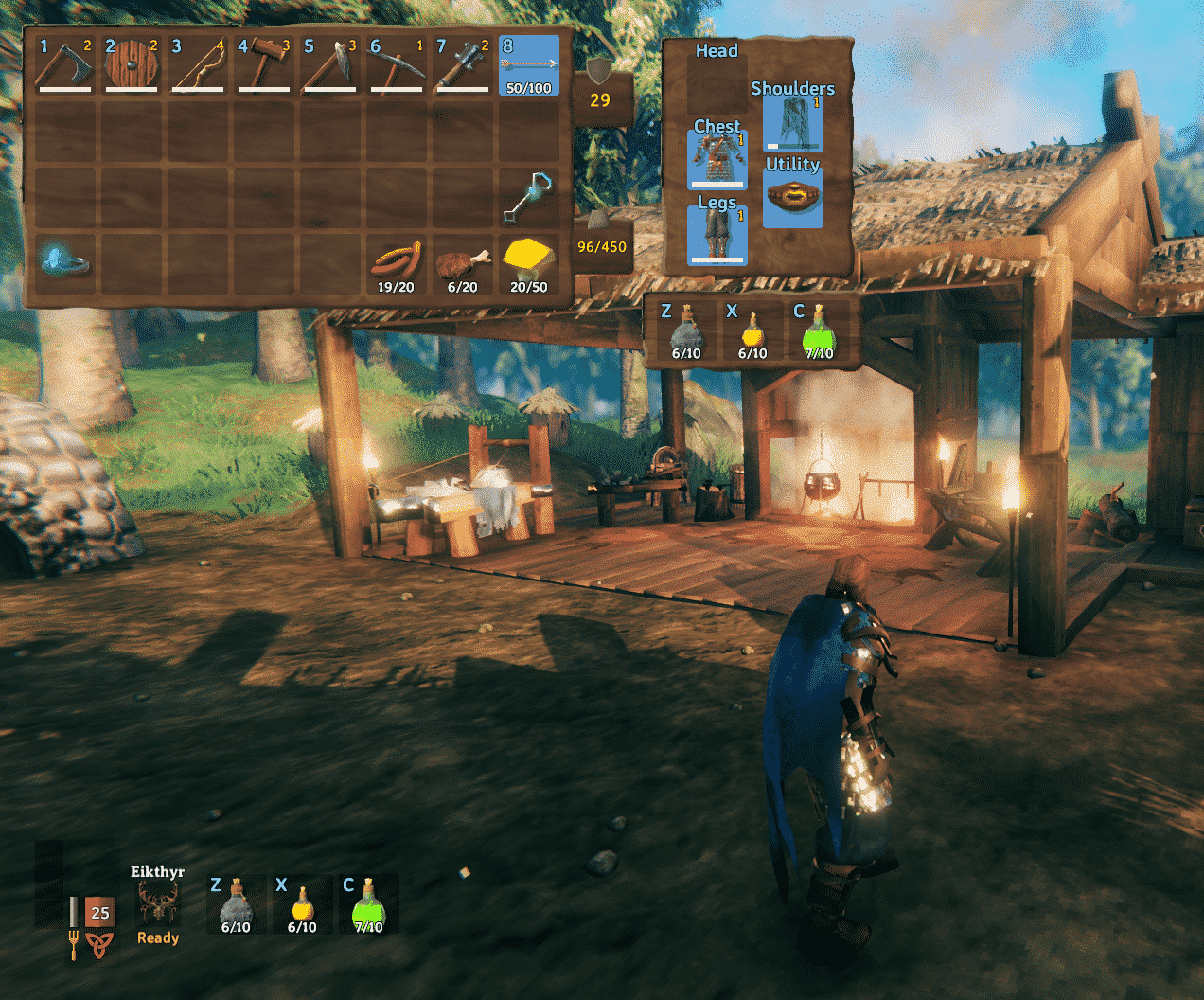 
Now this is something the game should have at the beginning, since the inventory slots are very few they are becoming a critical issue forcing the player to go back and forth when they farm for materials, yes we know the cart is useful for going out and gathering stuff but again it’s finicky and the more weight it has the harder it will be to manage it.

Not to mention the enemies that will go crazy all over it and smash it to pieces if you don’t keep an eye on it, and last but not least the potions/meads slots are a very good addition from this mod, a very useful improvement for the quality of life in the game and something that doesn’t take away the challenge it offers. 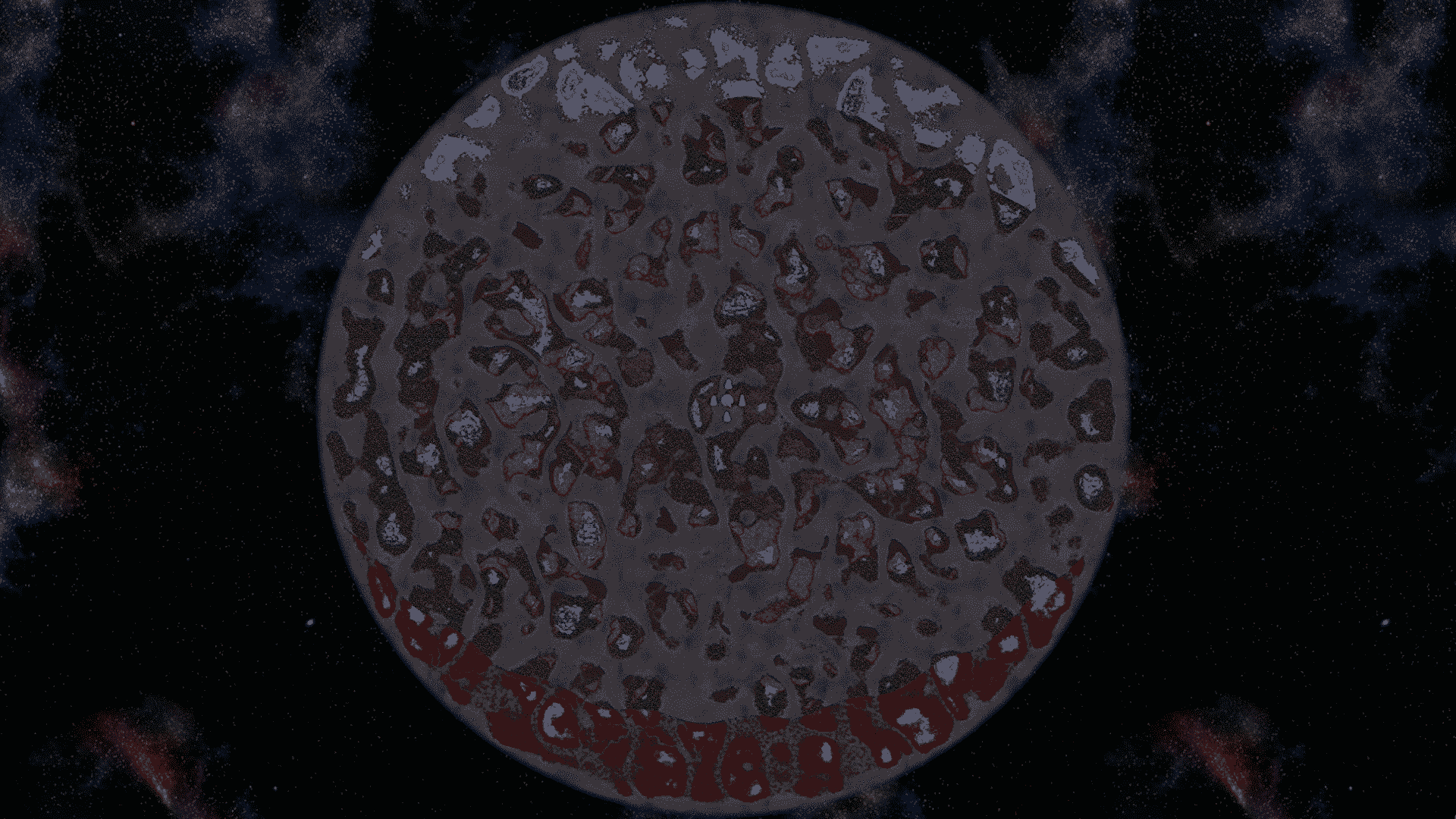 A very useful tool and another one that could be a vanilla feature in the game, this gives the chance to a player who decided to become a cartographer and went on a journey by himself to share the interesting locations he found with his friends.

The hotkey to sharing your map is F10. 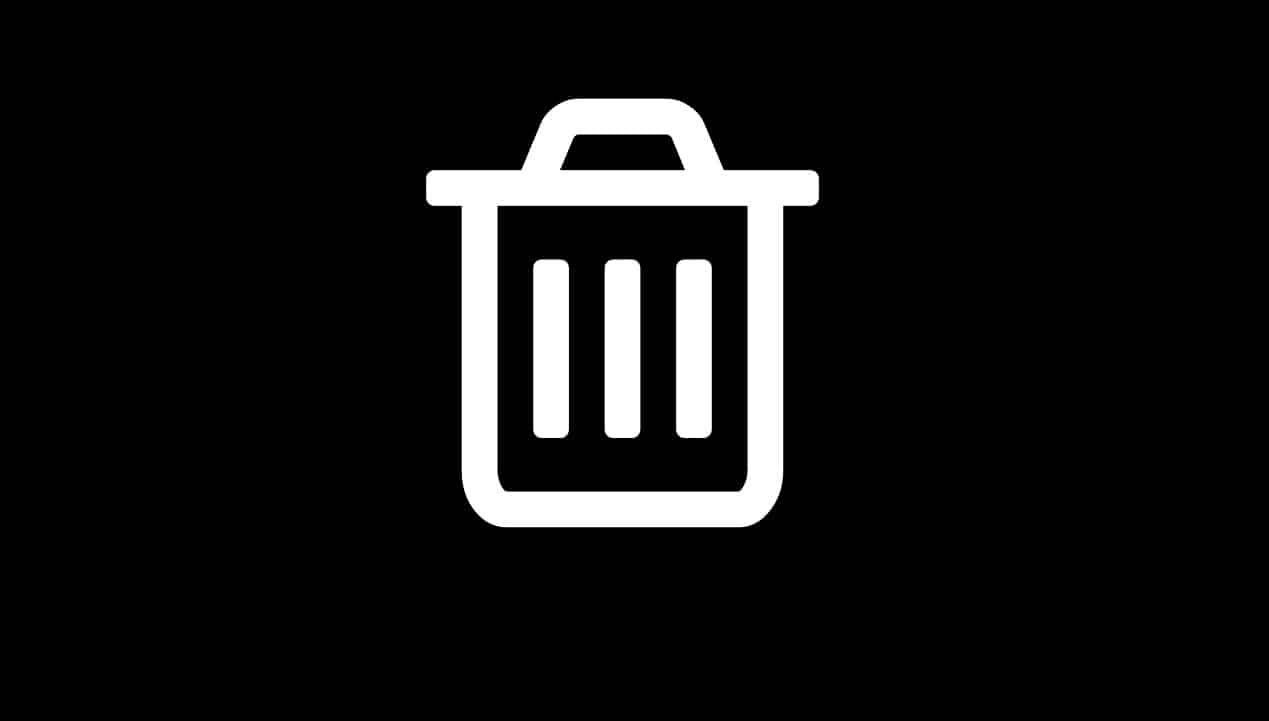 Another mod that should be a default feature in the game, having the option to discard items and destroy them not only helps the server have less load but it also clears up the area of any unwanted clutter.

Ever went on a mining expedition only to throw millions of rocks around just to get a few copper or silver? If yes then you know exactly what I’m talking about. 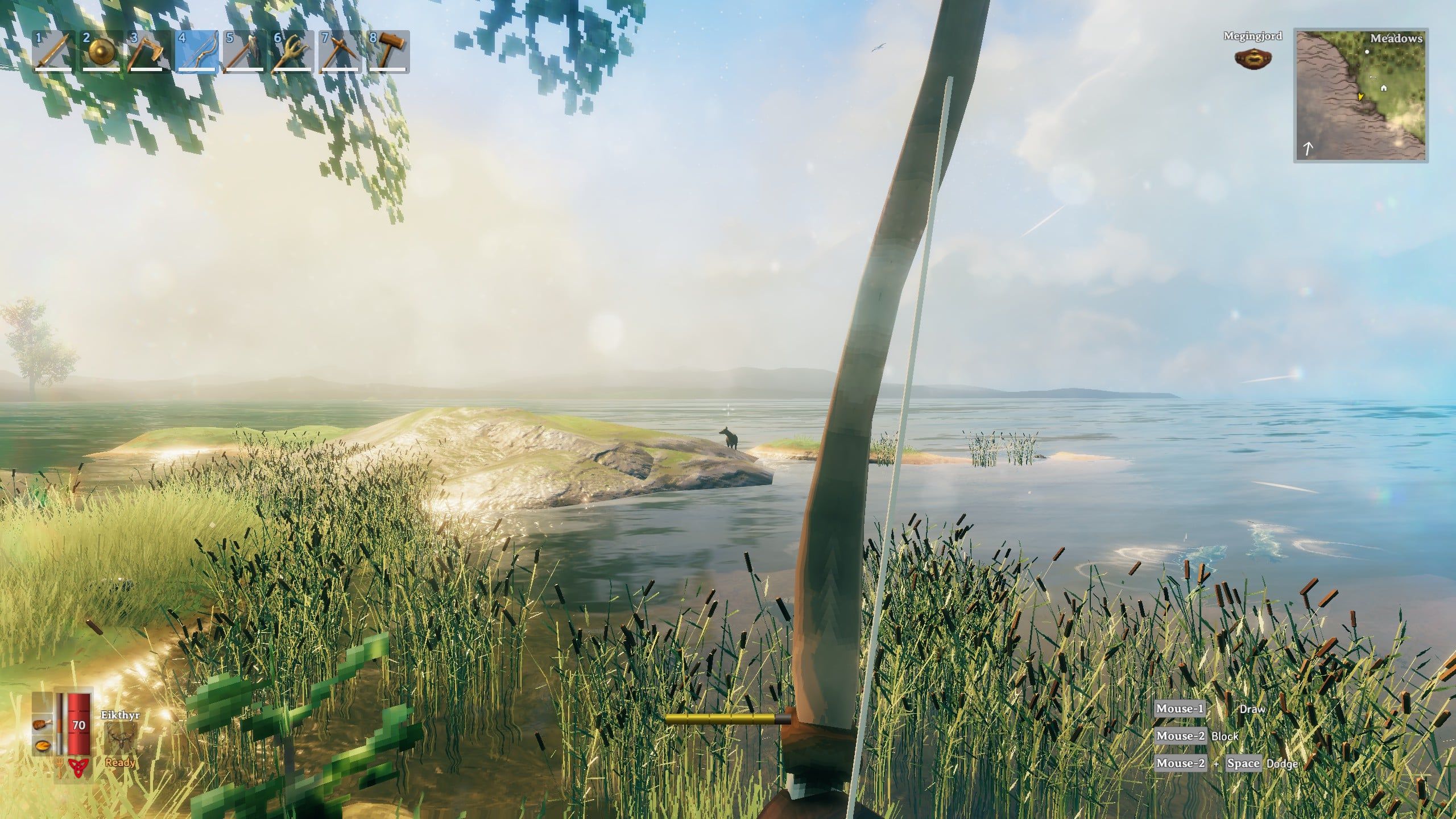 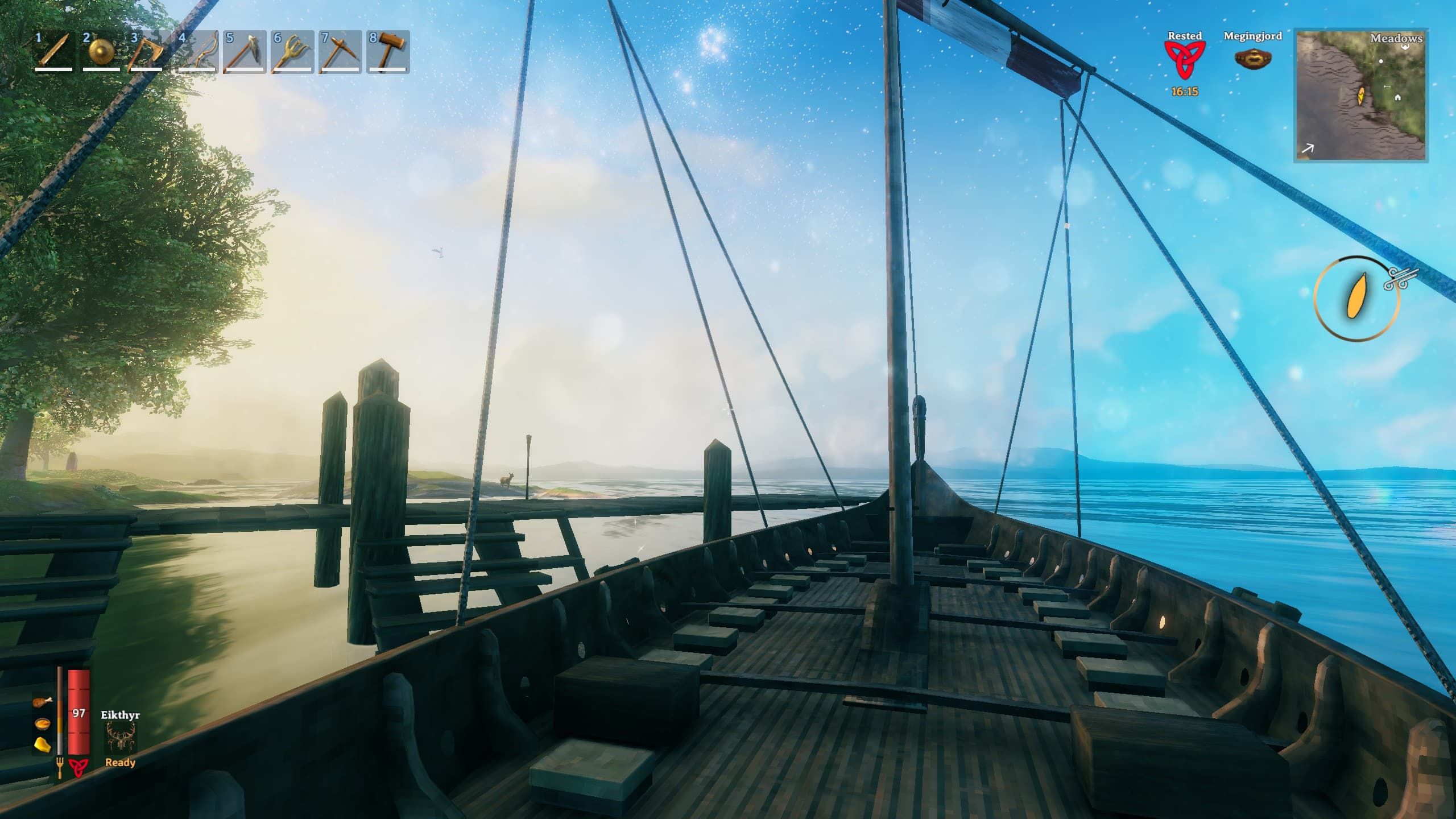 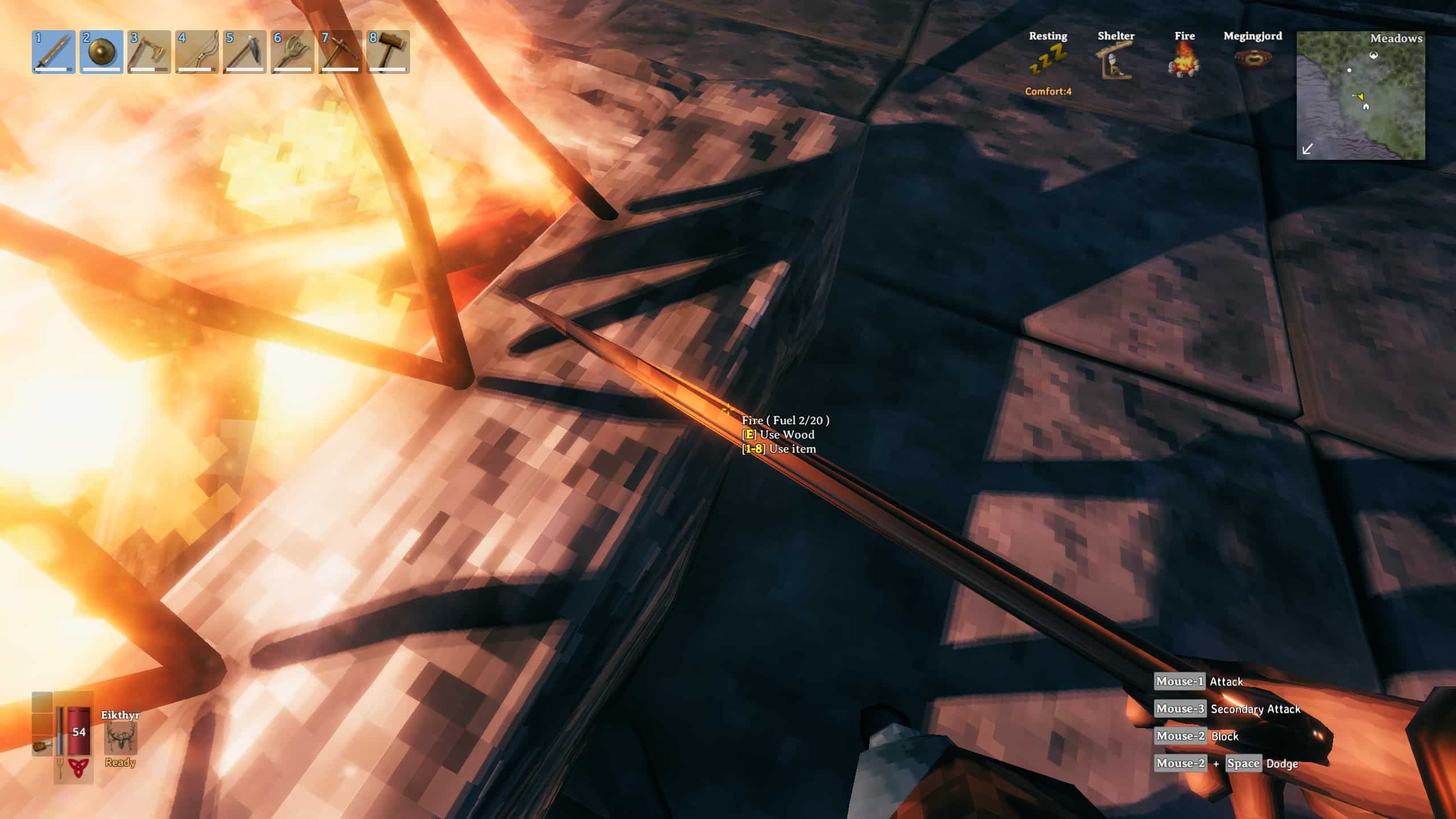 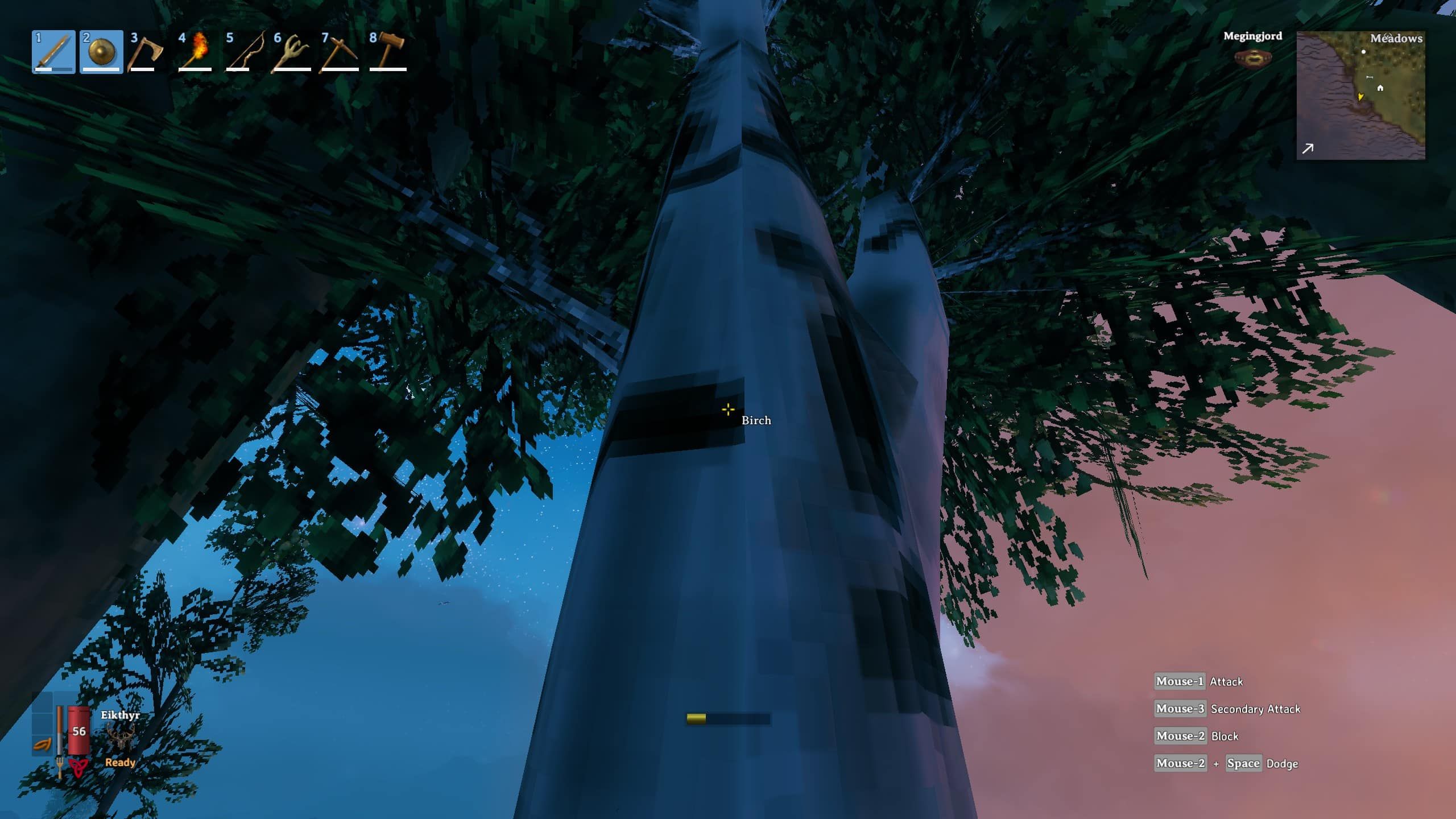 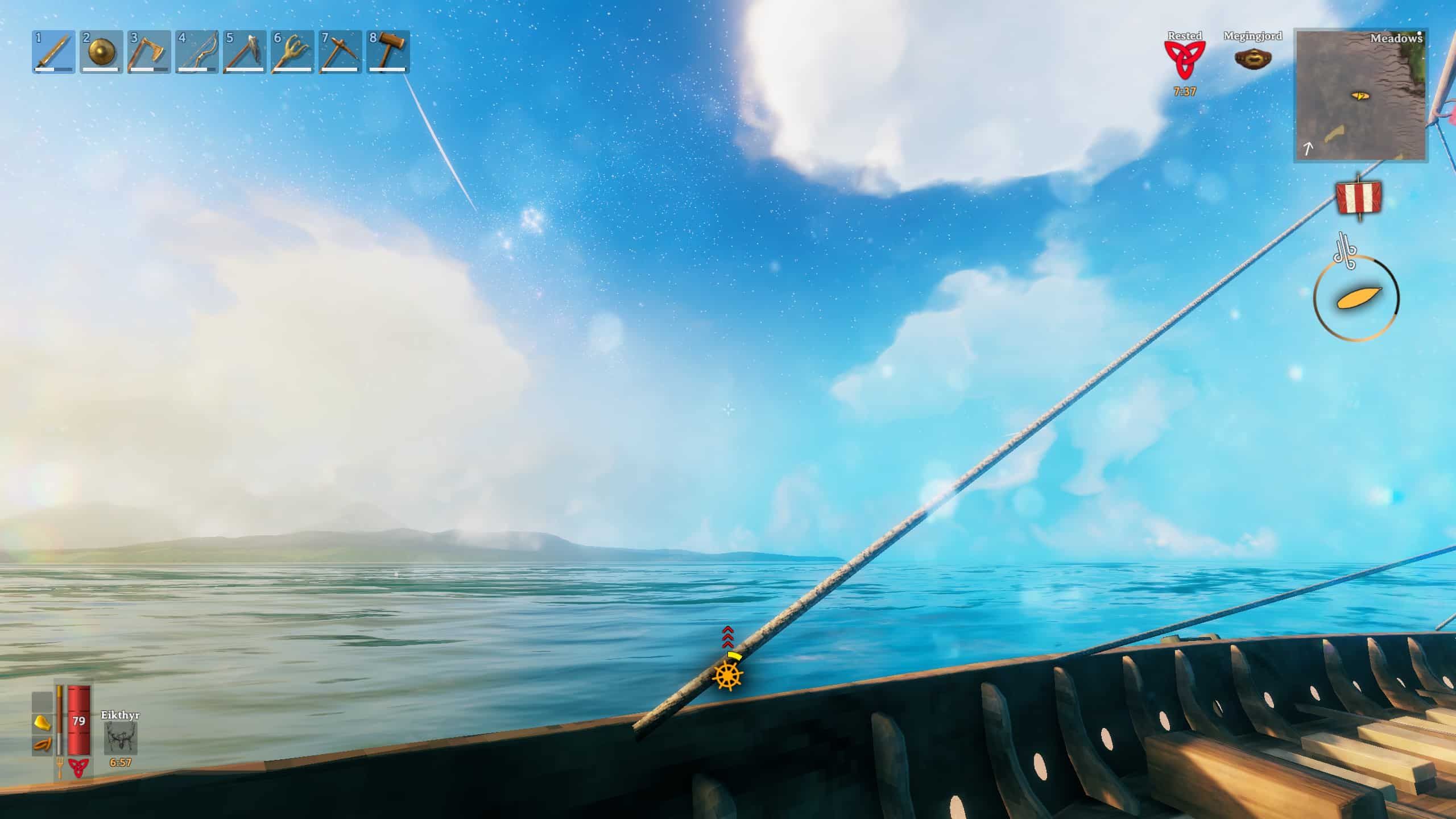 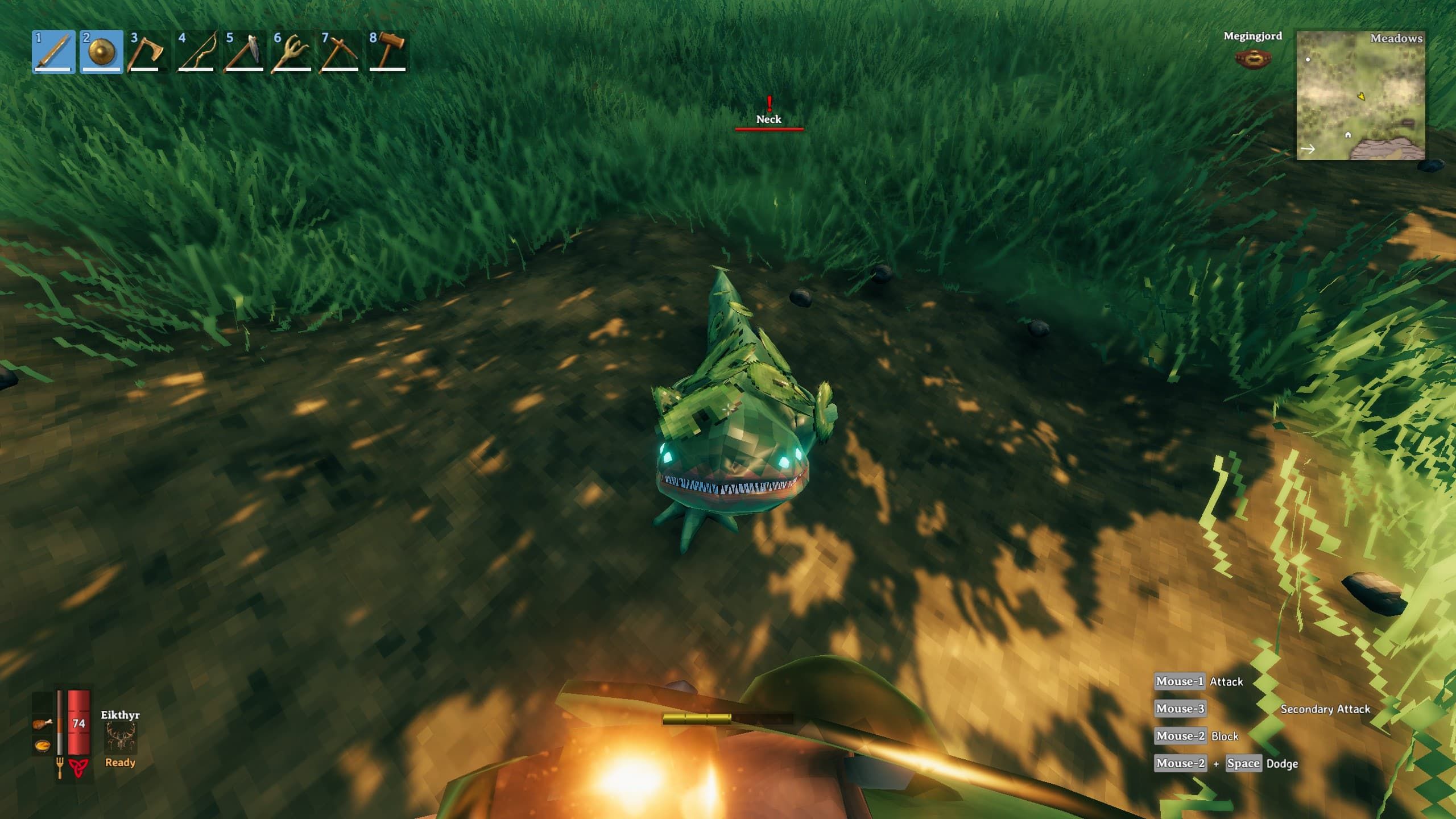 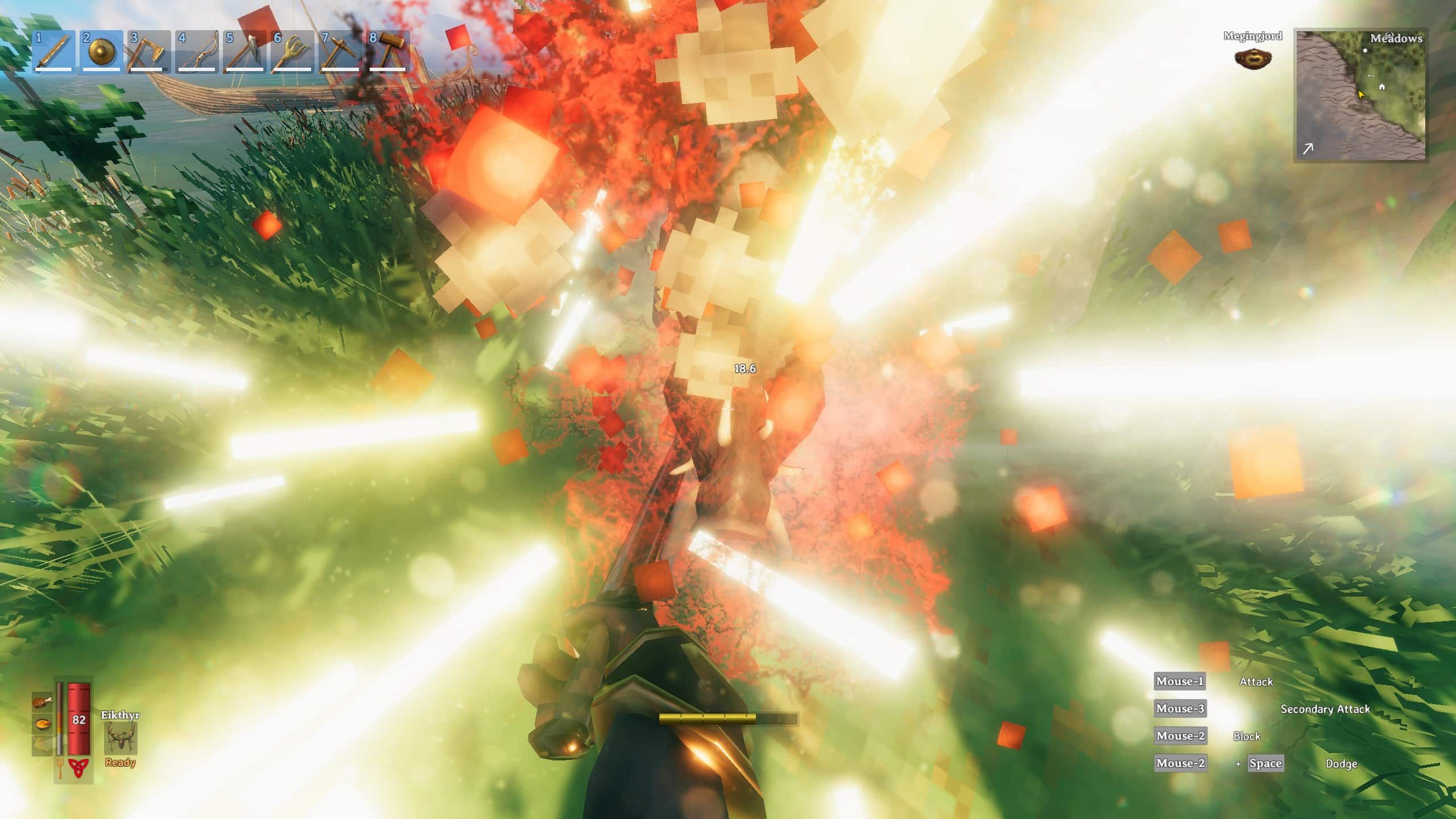 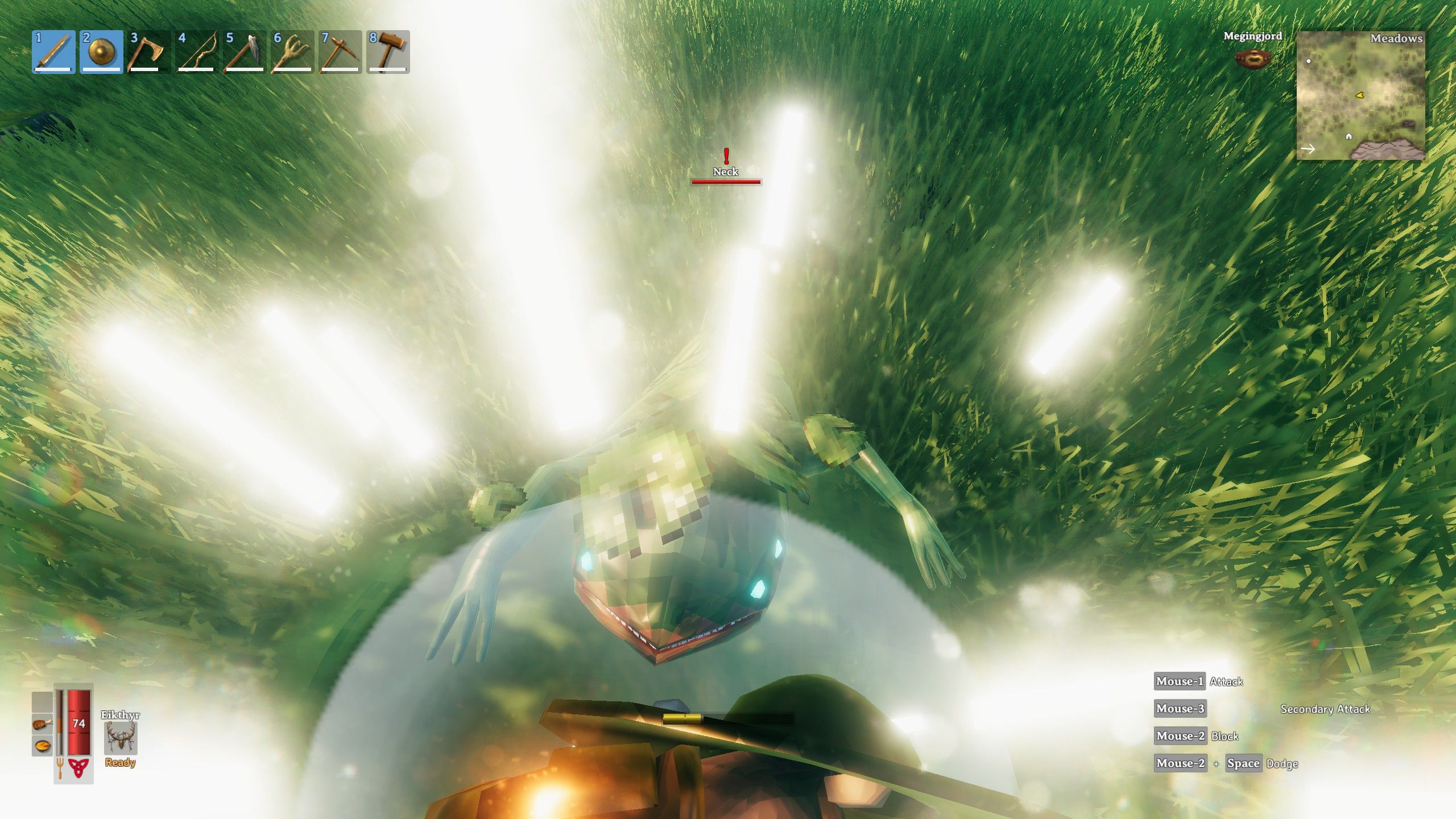 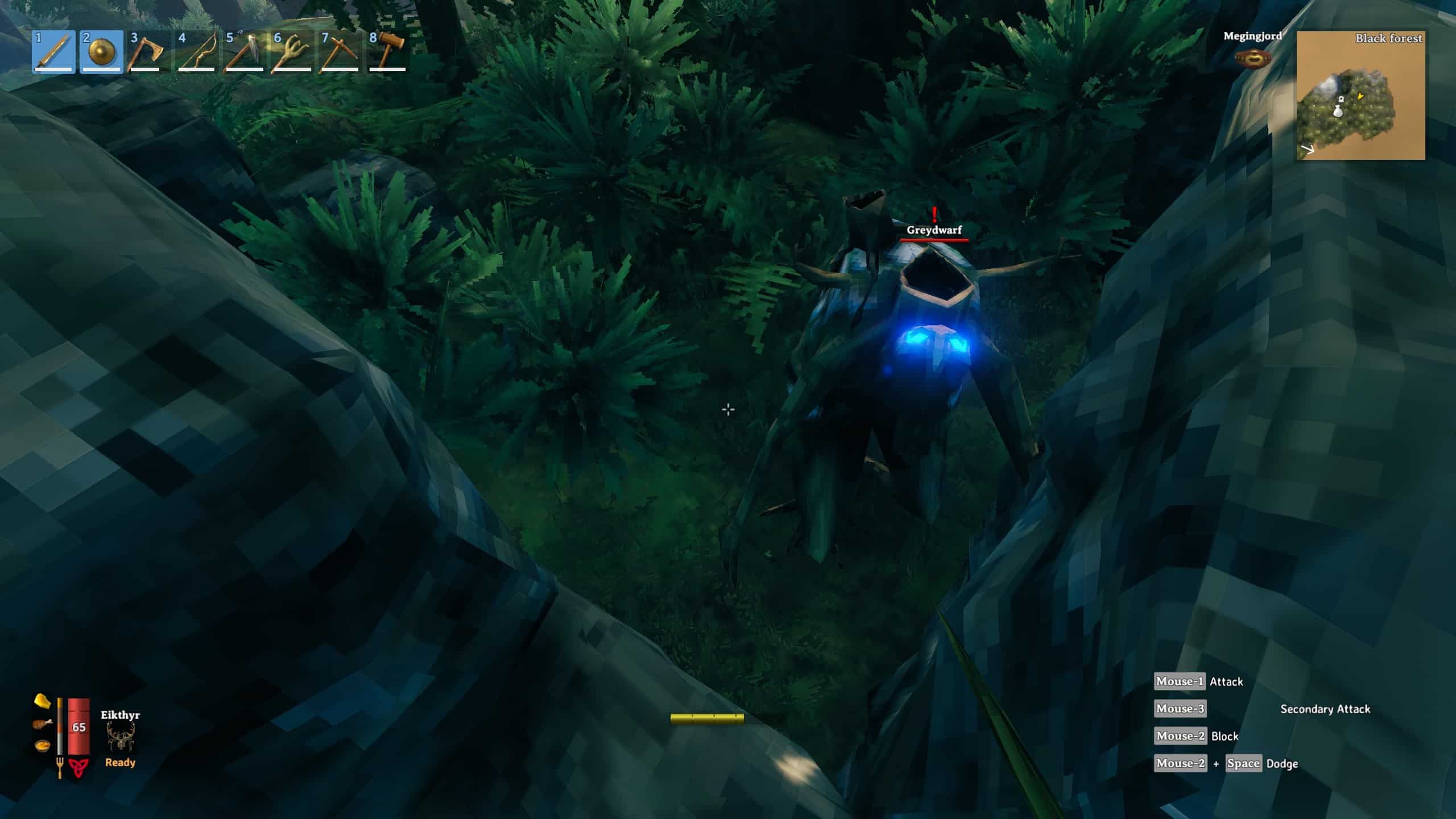 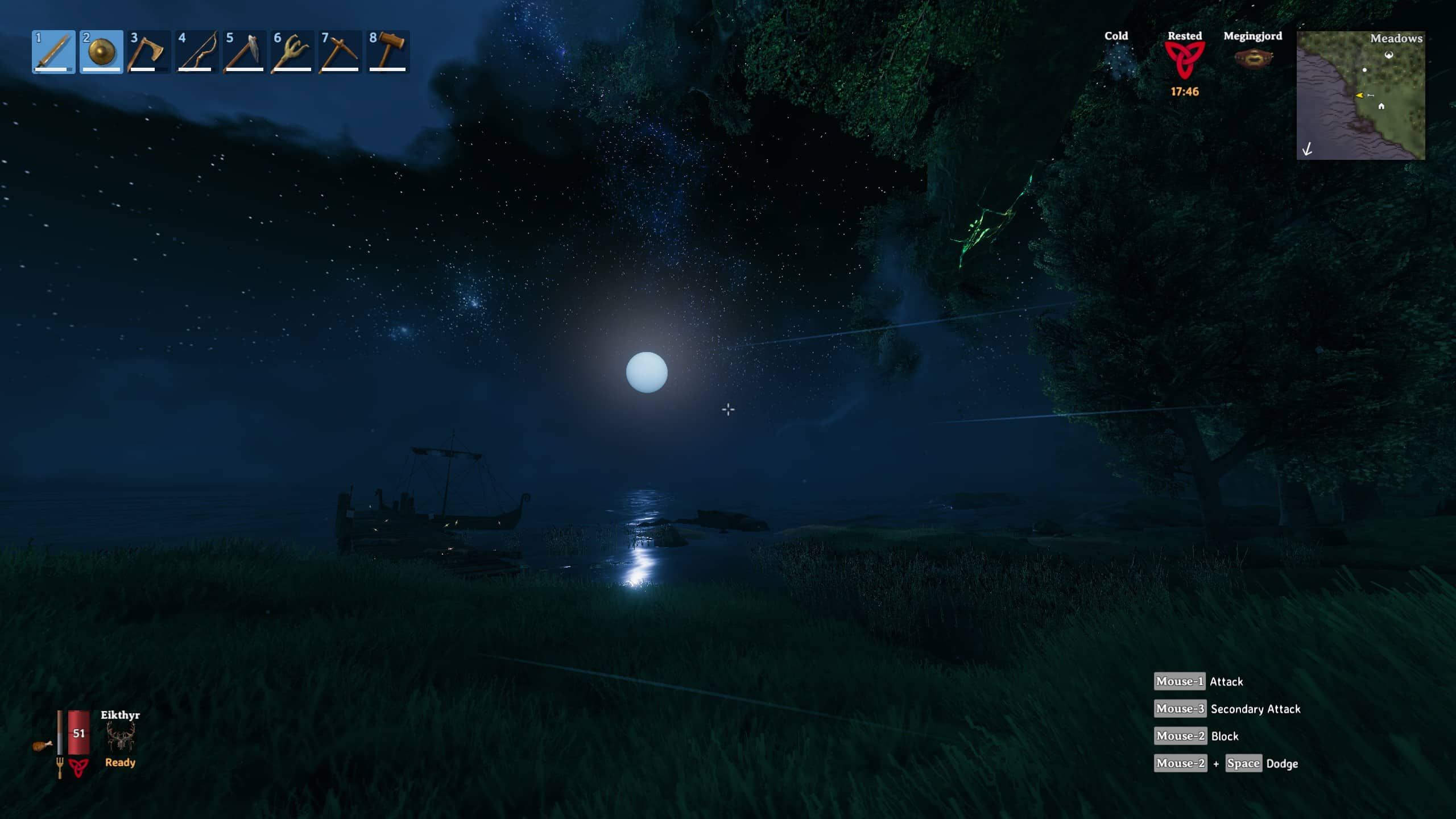 This mod is one of those that you can add to the game for your own virtual pleasure, it allows you to experience the game through the eyes of your character but it’s still a bit buggy. Nonetheless, it still looks beautiful and it’s recommended for anyone who wishes to play the game from a different perspective. 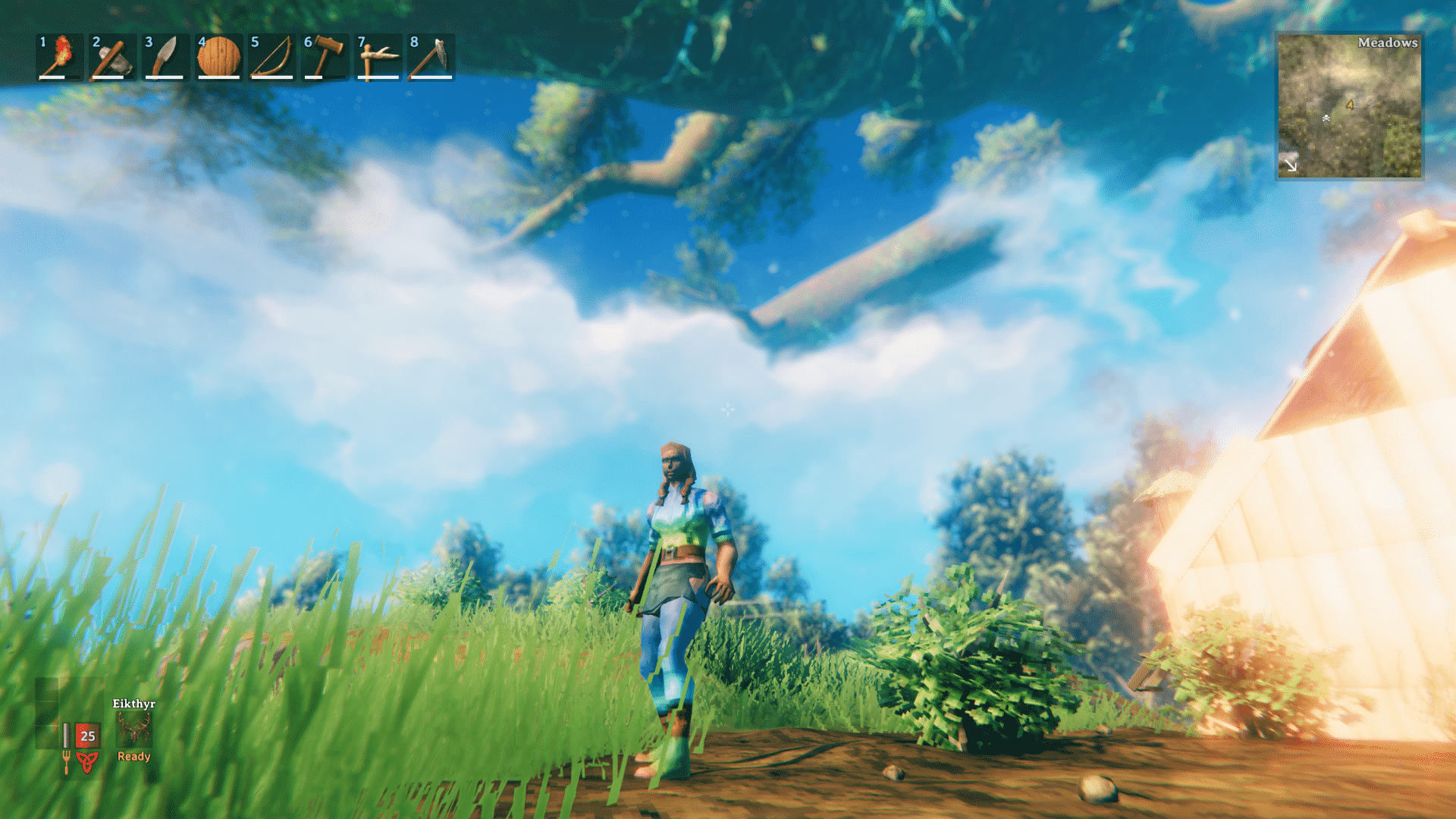 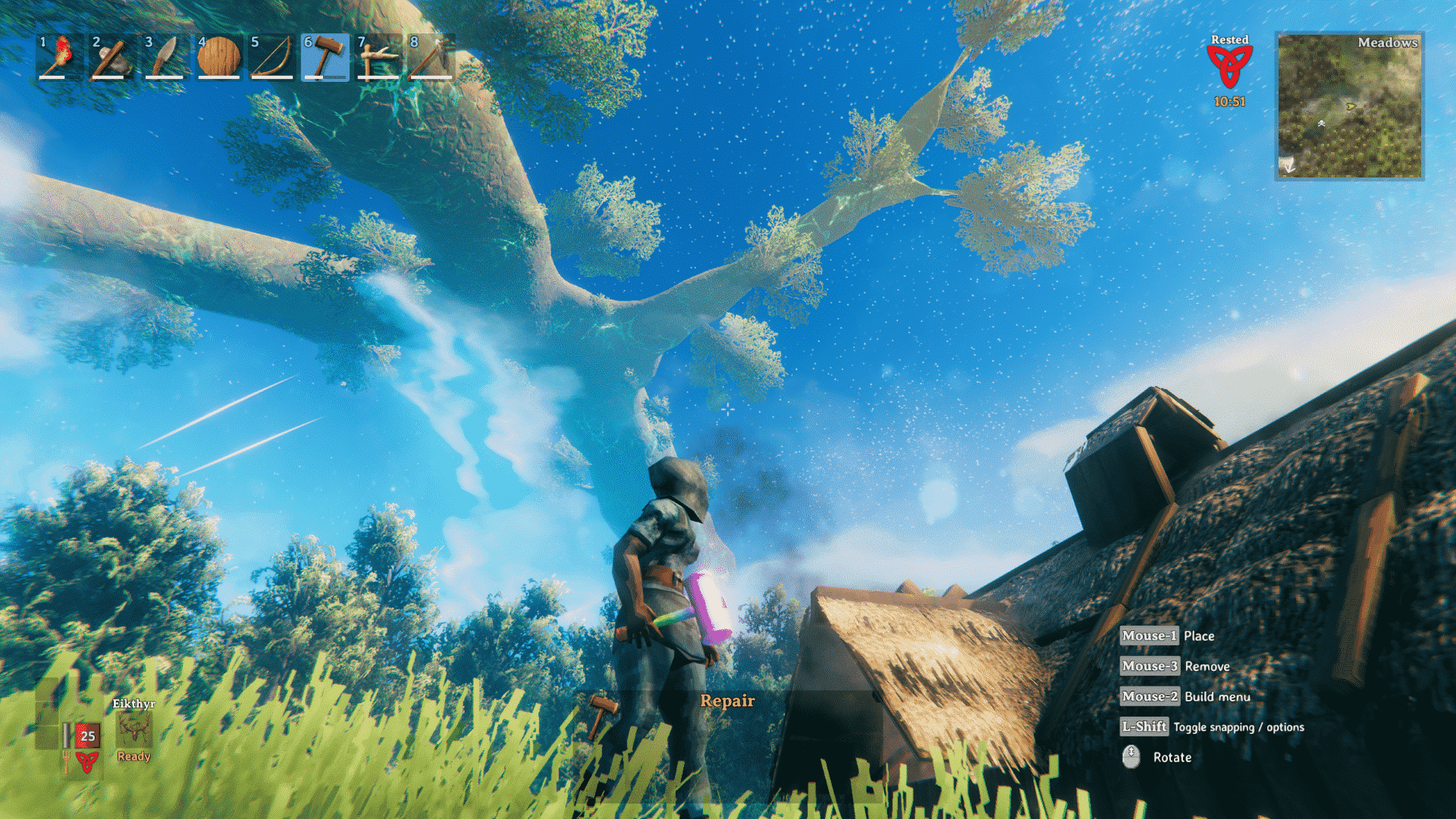 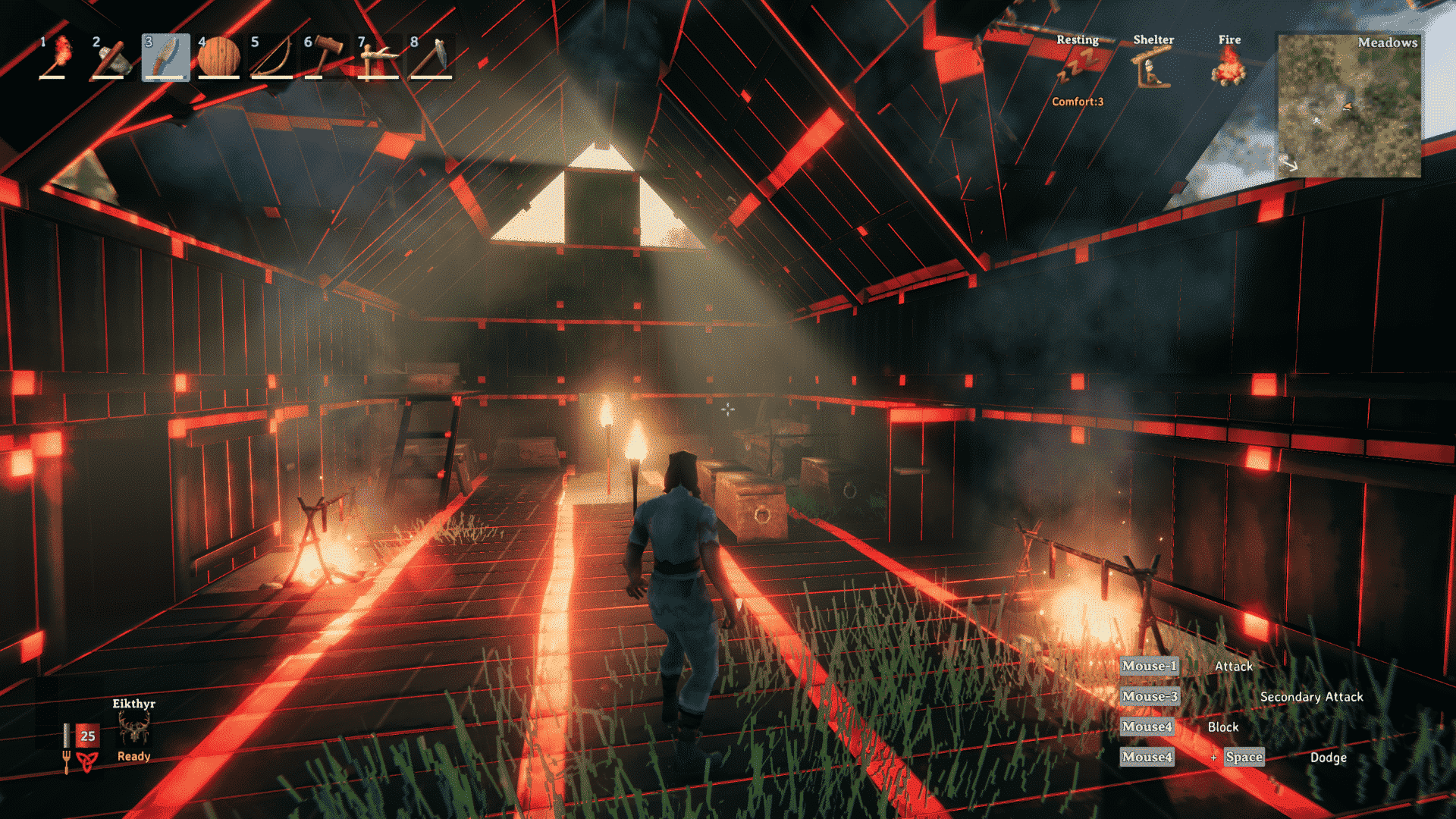 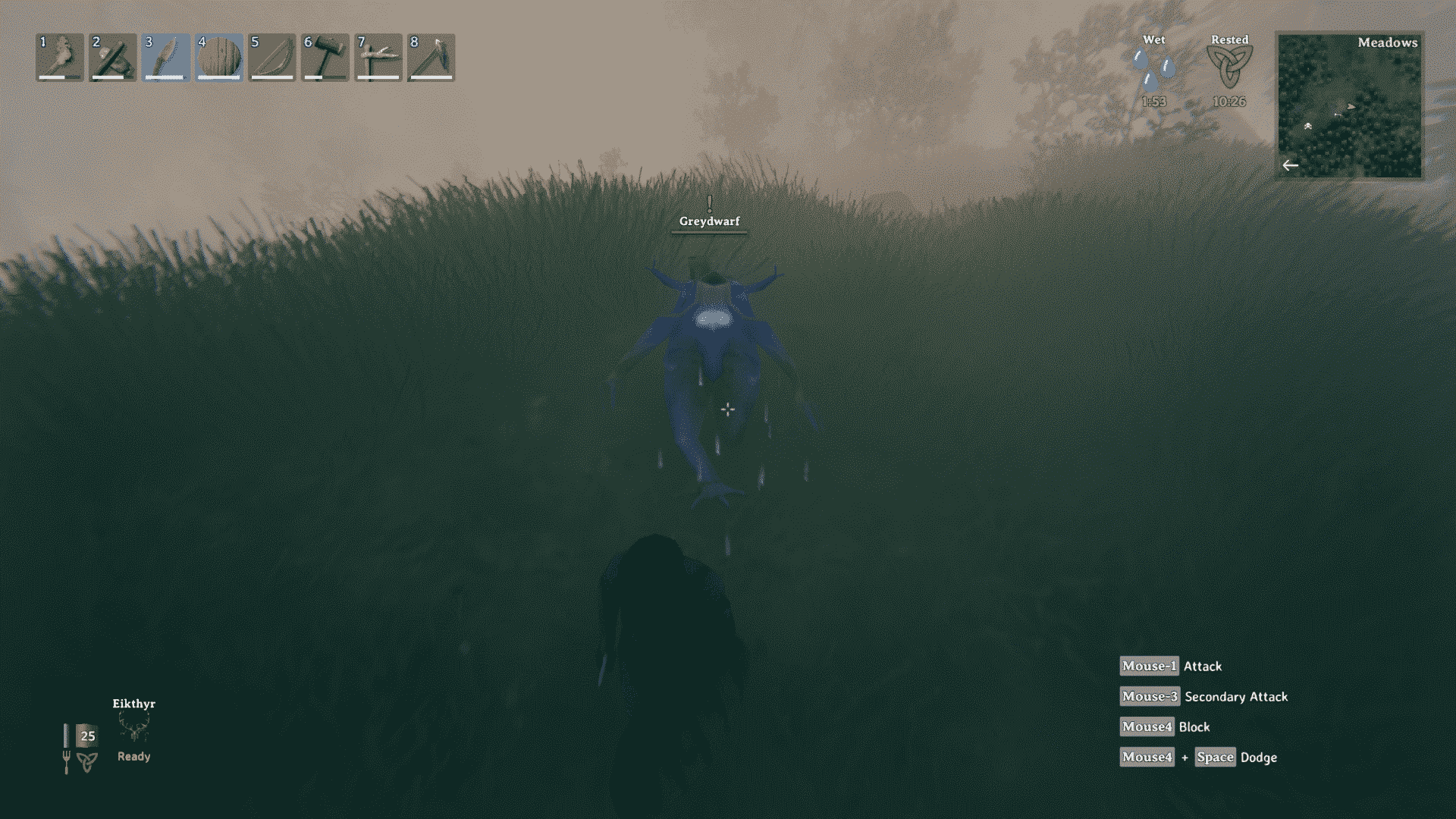 Another mod that is focused on providing the player with a customized visual experience, with this one you can change how your player looks as well as the equipment, objects and enemies throughout the world.

Want to fight a pink Eikthyr ? Well, now you can.

More details on how to make and install your own textures can be found in the mod’s description. 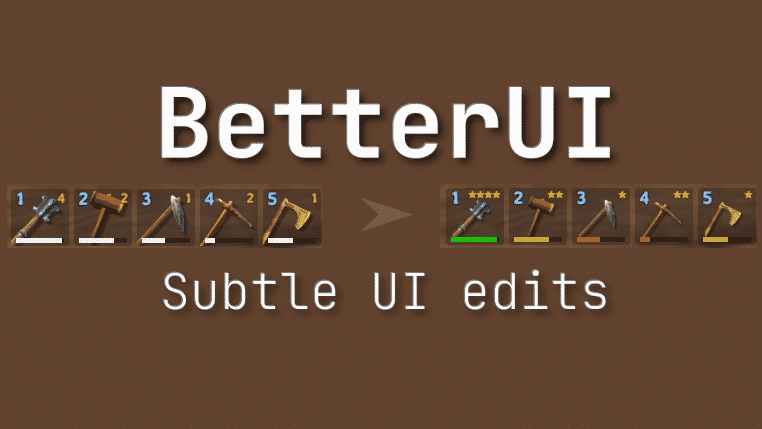 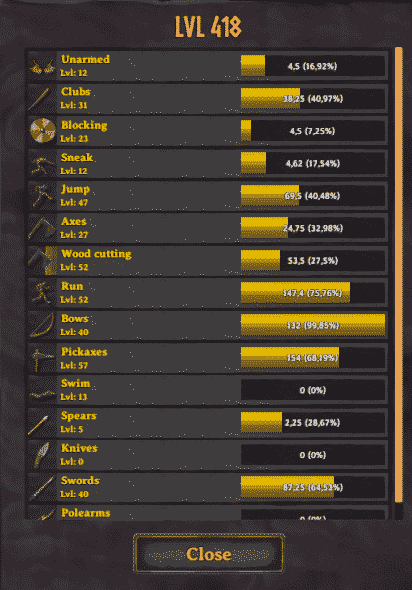 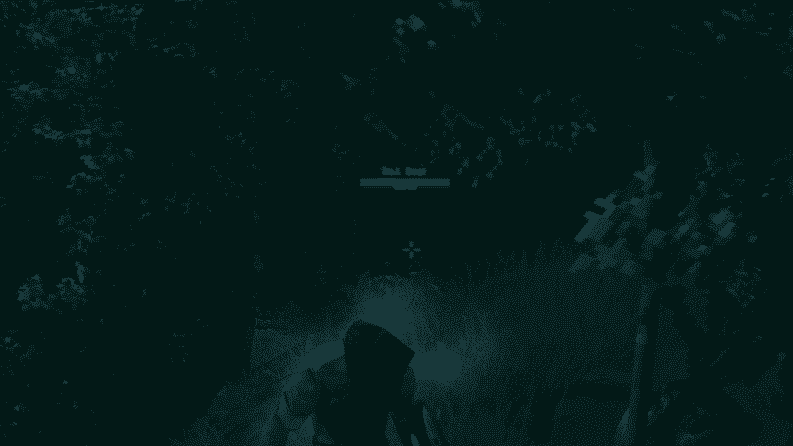 
Here’s a mod that improves the UI and information that can be seen in the player’s inventory, skill list and even the enemies.

It provides a percentage to the skills and health that makes it easier to track as well as some coloring to the durability bar on the items and a few more features that are really helpful for those who like to manage their game better. 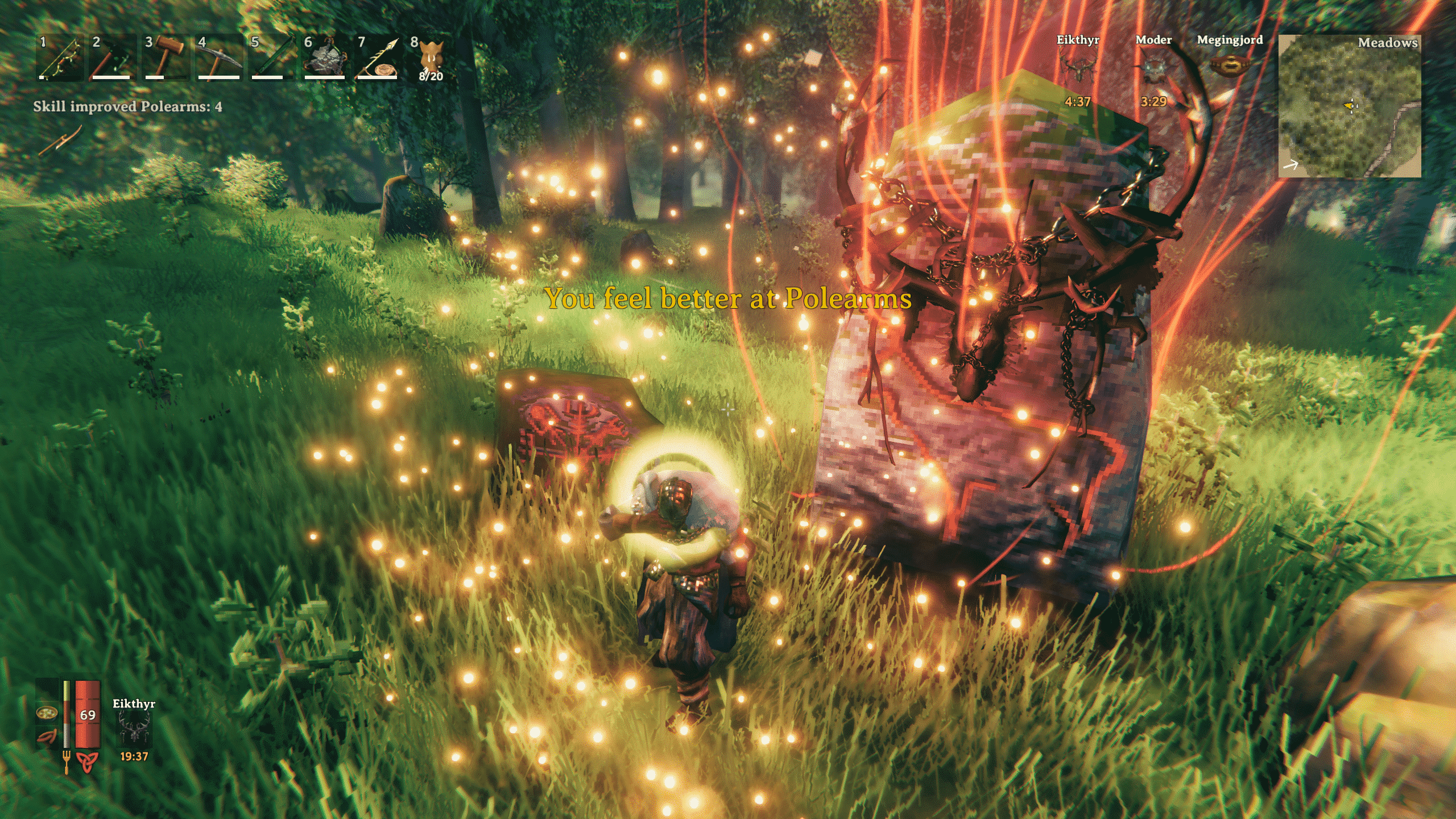 Have you maxed out your third chest of trophies ?

Is your base full of them hanging around and you are trying to make space so you can place more but they are becoming too many?

Don’t worry we have a solution for you and it’s this mod that allows you to consume trophies and gain a random buff, which in our opinion sounds yet again something that the game should add as a feature.

Boss trophies have extended features such as resetting the cooldown of your currently selected power or just give it to you immediately.

You can find more info about the configuration options in the mod’s description. 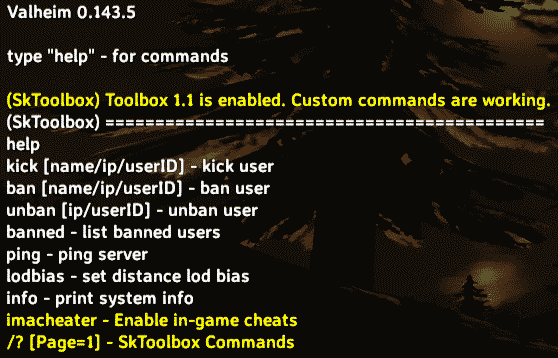 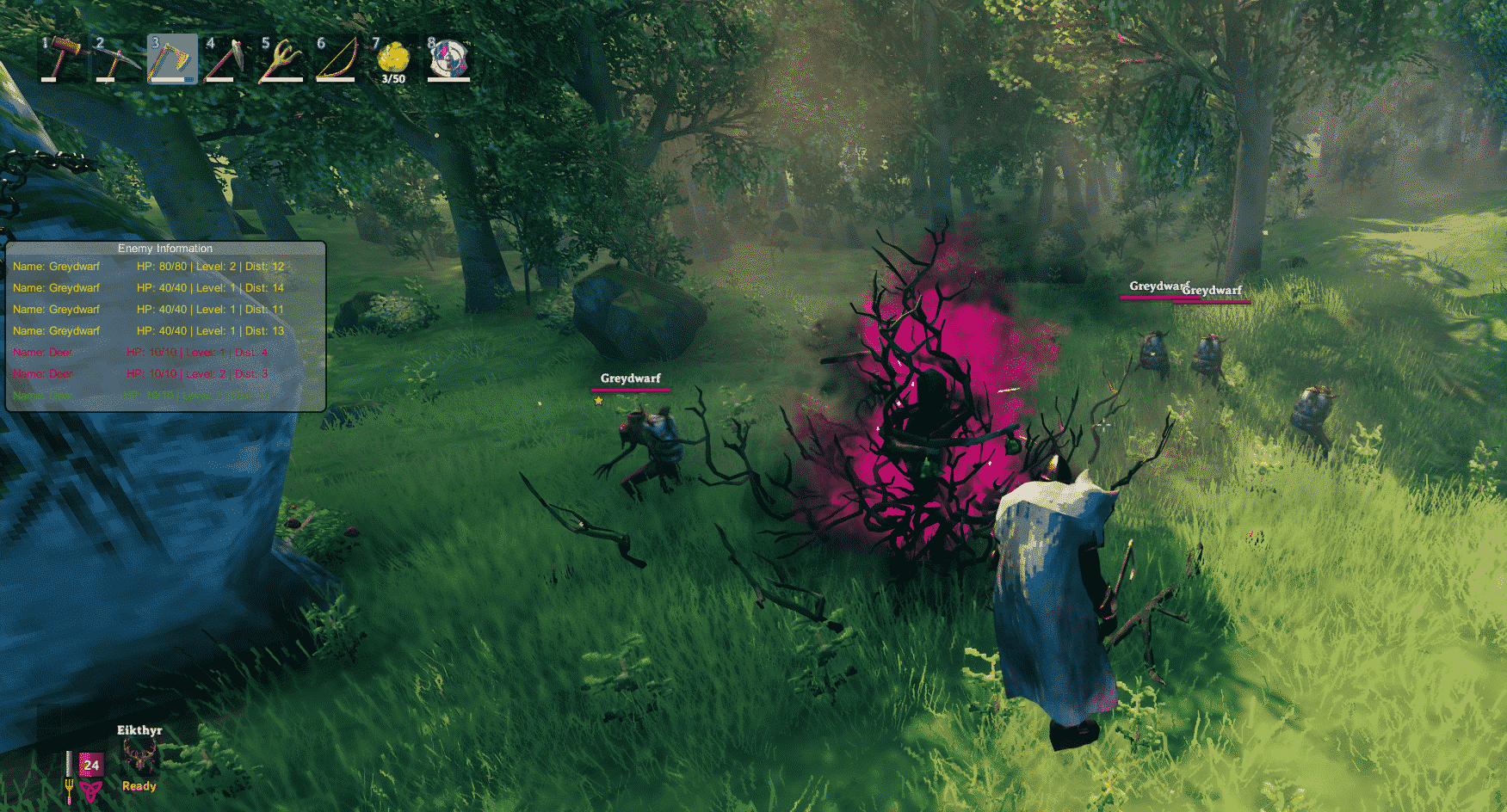 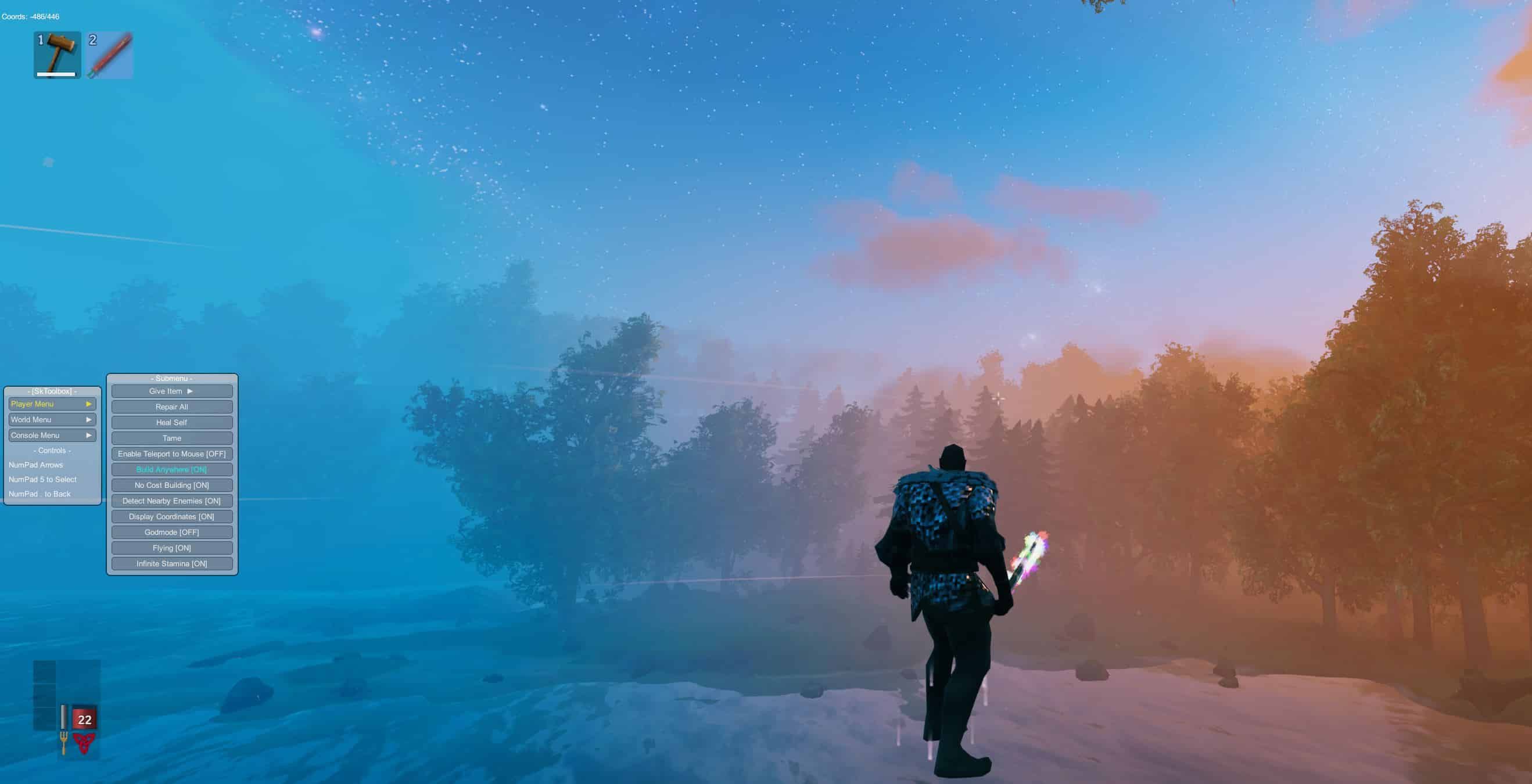 This is a mod that’s very different than the others on this list as it will provide anyone who has it installed the ability to change a lot of things in game, what this mod does is extend the list of commands the game has, allowing the players to mess around but mostly it is a great tool for the creation of a server by the admins.

It also has a graphical UI interface to make your life easier.

More information can be found in the link above.

All the mods were found in Nexus Mods.