Cthylla, The Great Old One
Uncategorized
999

After the Iron Crown Event, which introduced a limited-time solos mode, the next event is already announced, and it will be much more different, gameplay-wise to cosmetics, it’s going to be something we wouldn’t expect.

On the 3d of September, Voidwalker Event will be live, and similar to Octane’s Town Takeover, now Wraith will have her own place in the Kings Canyon map. If you are aware of the Apex Legends Lore, Wraith is not exactly “normal”, and her part of the map will be themed with her past and her portals!

A new limited-time mode will be implemented as well, along with challenges and rewards after completion, and Double XP Weekend for Top 5 and Wins! Also, the skins this time can be obtained by direct purchase in the shop, and not by opening “luxury-packs”, and some of them are pretty affordable as well. 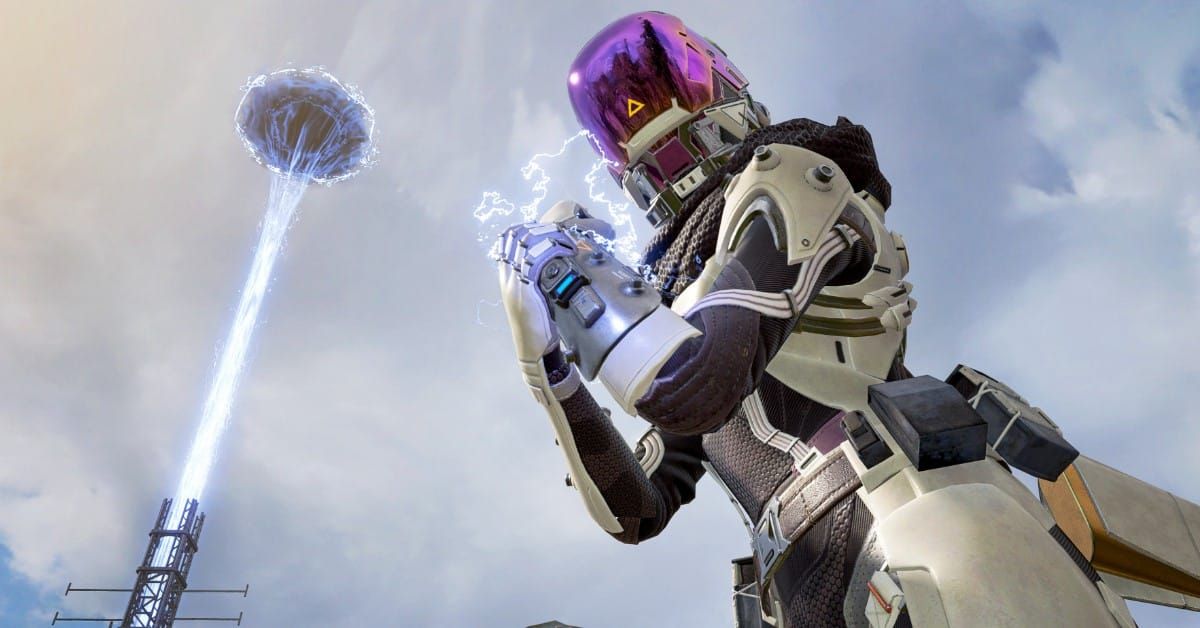 Even before the event, Respawn made sure that we would notice that something is about to change in the map, as they have added some red flags close to Relay and The Cage. According to the Respawn’s later official announcement, that was fairly true!

“The Project: Wraith” facility, will give us the chance to see up close where Wraith was gifted (or cursed) with her powers, and the area will give us “lore-clues” as well. The only hint we have about the functionality of the map, is that there will be a prototype portal, that can be used during the jump of the ship, to achieve a faster landing on the area, either you can use it kinda the same way as the Jump Towers, to get in and re-launch.

If you can actually decode the title of the mode, seems like its pretty accurate to what it presents, in an indirect way. Weapons will be limited to the most dangerous weapons of the game, which will be snipers and shotguns only. Overall loot is much harder obtain, and probably it’s gonna be incredibly hard to be limited in either short or long-ranged weapons. And this is probably what Respawn is aiming for.

For starters, at 10:00 a.m. PT on September 6th, and until 10:00 a.m. PT of September the 9th, the Double XP Weekend will start, and players will be rewarded with double-XP if they reach the Top 5, or even better the win. This bonus will affect both the Account Level and Battle Pass progression. The event is going to come with some challenges, that will reward the ones that will complete them with two-week limited edition skins and more. 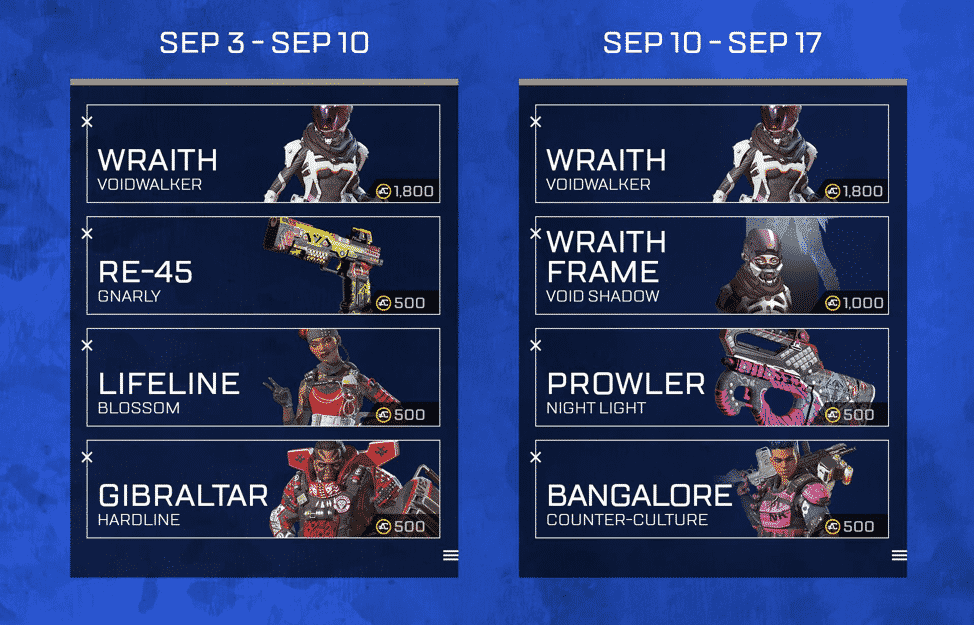 All of the in-store themed skins that are not Legendary will cost 500 Apex Coins, which is balsam to the previous salt that Respawn gave to the community with the previous event’s pricing and company’s behavior. The only things that are gonna exceed the price of 1.000 Apex Coins, are going to be the new Voidwalker Skin and Frame for Wraith. The in-store event items are going to follow a rotation, 4 each week, with Wraith’s skin being available during the whole event.

The announcement of the company closed with the confirmation of new craftable or purchasable through Apex Packs, legendary skins, which is pretty excited, as we haven’t seen craftable skins in a good while, and I think, many wanted that bad.

In conclusion, Respawn undeniably did a lot better work on this event, comparing to the previous one. Feedbacks are already positive, and the community seems to be thankful for Respawn’s change of the pricing and their public communication with the players. We all hope that the game will get only better with time.