All The Witcher Books in Correct Lore Order

If you are here reading this, chances are you are a fellow die-hard fan of The Witcher video game series, and maybe you have an extra-crush on Witcher 3: Wild Hunt, like the most of us, you are not to be judged!

In the current time, “The Witcher” series is on its way to our screens, and the hype raised over the top again! Yet these games have a very cool, and a kinda old origin, as they are inspired by the book series written by Andrzej Sapkowski, in which the story of Geralt is unfolded in the detail that it deserves! The first book was released back in 1992, and the latest addition to the series was added in 2013, making it a total of 8 books released until nowadays!

The tough part of this is that the order that they were released doesn’t really apply to the chronological order of the lore we followed in the game. In that case, we listed all the books in the order that are supposed to be read, so they can match the game lore, along with release details and a brief plot with no hard spoils, for those that prefer to start the books before playing the game! The good part though is that they can usually be found at a good price, so completing the collection is not going to cost a whole rent! Enjoy ?

Before the main story starts to unfold, Andrzej wrote 2 short stories, “The Last Wish” and “Sword of Destiny”. The Last Wish was originally published after Sword of Destiny, but in order to follow the lore correctly, it’s better to start from The Last Wish. The first English edition was first published in 2007, and it was also translated into more than 20 languages.

The story is following the events after Geralt of Rivia was injured in battle, and wakes up in Ellander’s Temple of Melitele. While he rests there, he experiences intense flashbacks, that will actually form the seven short stories that the book consists of.

If you have played the game, you will notice how the author is actually able to blend the dark medieval elements, with a slight – yet refreshing – sense of humor, which makes it perfectly balanced regarding the feelings that you get while reading it. “Sword of Destiny” is the second addition in Andrzej Sapkowski’s series that inspired The Witcher. It is the second one, in terms of story chronology, as the original Polish edition was published in 1992, before The Last Wish, which was released 1 year later.

In this story, Geralt seems to be less of a cold-blooded killer and lets his human nature to take the wheel, as he finally crossed paths with little Ciri, the princess of Cintra. He saved the little girl from the monster that was threatening her and quickly realized that he couldn’t just leave her behind. Together they start a journey, in order to get little Ciri back to safety, only to realize that it is not that simple.

Publishers published “Blood of Elves”, which is the first novel in the saga, directly after The Last Wish, even though the short stories in this collection take place earlier. Both UK and US versions were released on the year of 2015, and a year later a second edition was published. Some of the short stories were first published in the Fantastyka magazine as well. Blood of Elves is the first novel in the Witcher Saga, after the two short stories that introduce the main protagonists. Andrzej Sapkowski first published the book in Poland in 1994 and won the Janusz A. Zajdel Award and David Gemmell Legend Award in the very same year. An English translation was published in the UK in 2008 and the US version followed in 2009.

In the story, we find Ciri in great danger, after the attack of the Empire of Nilfgaard at the Kingdom of Cintra. Ciri tries to escape the madness, as she knows as well as Emhyr var Emreis, Emperor of Nilfgaard knows, that she is far the most important loot he can raid from this attack, as the princess has elven blood running through her veins.

Geralt, of course, will commit to protect Ciri and teach her to fight against the monsters that terrorize the land. He quickly realizes though, that Ciri’s talents, is not something that is easily manipulated. 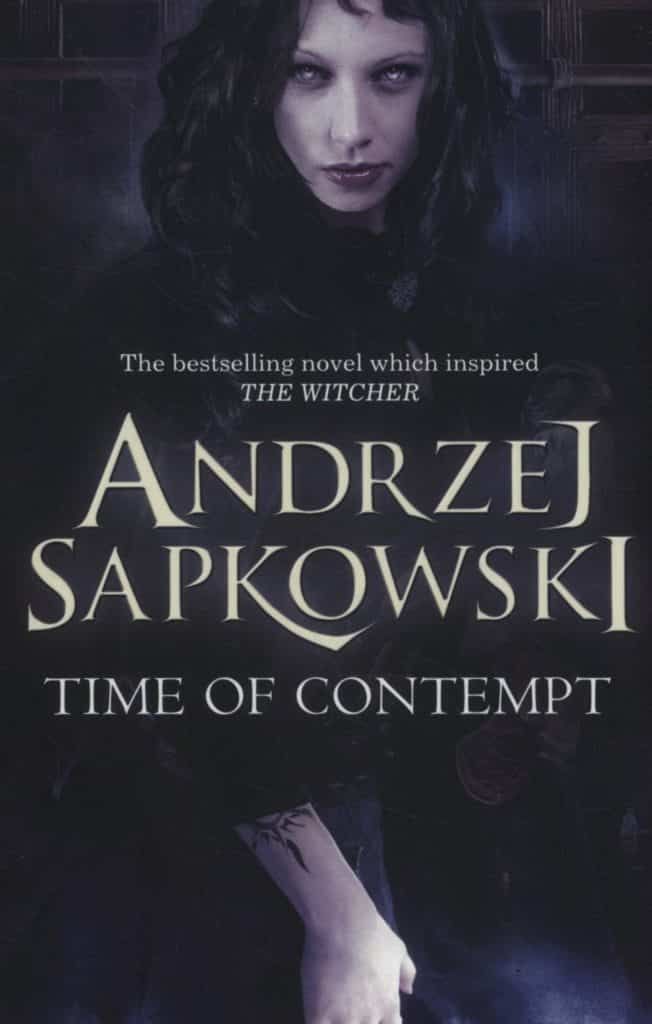 Time of Contempt is the fourth book in “The Witcher’ series, and the second novel in the saga. It directly continues on from Blood of Elves, which begins the saga of Ciri and Geralt. The English translation was expected to be published in the fall of 2010 but it didn’t really happen. Gollancz, at the time, was criticized for missing numerous release dates that were announced. The English version of the book was finally released in the UK in 2013.

The story flawlessly follows the events that we read in “Blood of Elves”, where the Northern Kingdoms are conspiring against Nilfgaard, looking for false excuses to attack. Meanwhile, Emhyr var Emreis is preparing his armies to defend, as he is totally aware of the situation and the conspiracies against his kingdom.

Ciri and Yennefer are on their way to Gors Velen, so for Ciri to be enrolled at the Aretuza school of magic and continue her studies and practice of magic. 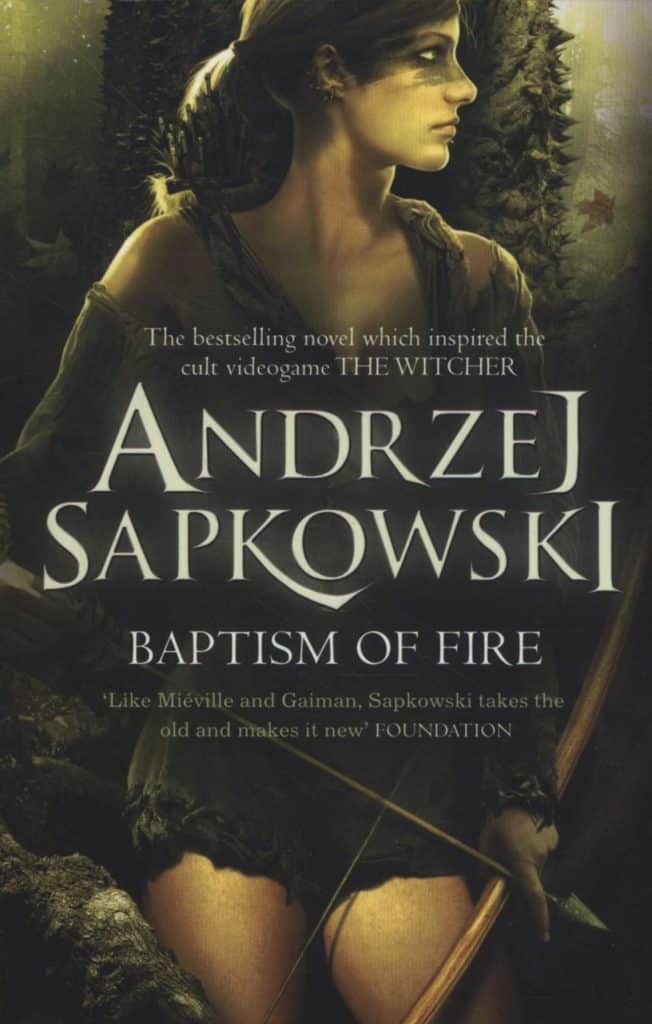 Andrzej Sapkowski first published in 1996, the third novel of the saga and the fifth book of the total series, named “Baptism of Fire”, which follows the adventures of Geralt and Ciri, right from the ending of the previous book, “Time of Contempt”. The UK and US versions were first published in mid-2014, and a second UK version followed in early 2015 as well.

Geralt recovers from a fight in Brokilon forest, but his mind is on Ciri, and nothing is stopping him from searching for her. Geralt, along with Dandelion and a young woman he met while he was still in Brokilon, start their adventurous journey to Nilfgaard. While on their destination, the group will become larger and larger, and new people will be destined to take part in the story.

Every single one of the people that followed Geralt on this journey, played a very important – to vital I could say – role in the way that the story was unfolded.

6. The Tower of the Swallow 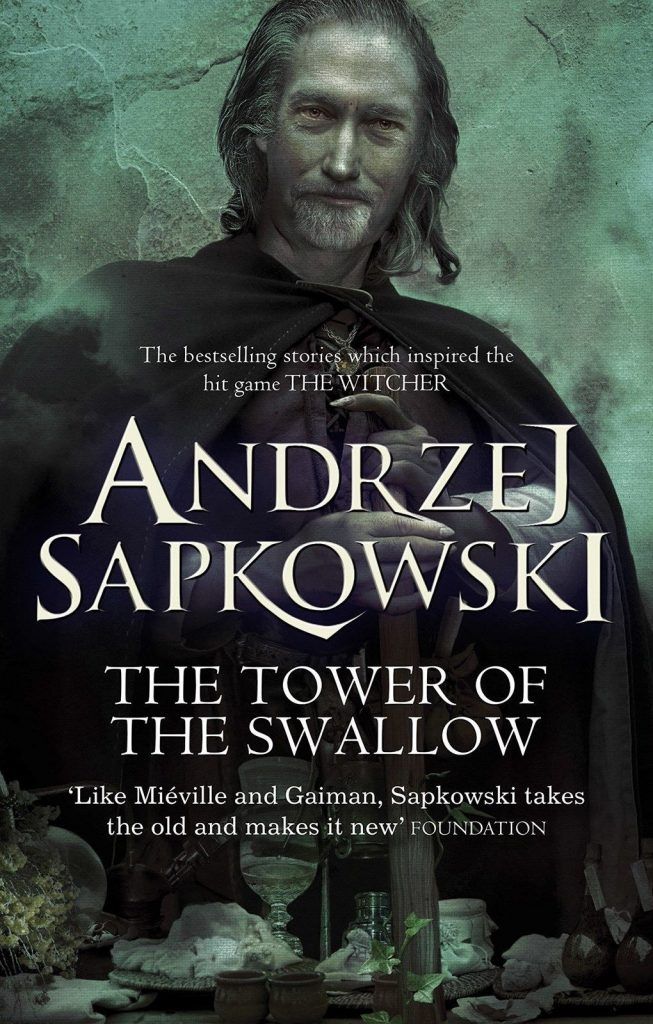 Andrzej Sapkowski, The Tower of the Swallow

In the book, we meet Vysogota, an elder philosopher that takes care of Ciri who is injured, while Geralt tries desperately to find her. Ciri finds trust in the caring side that the elder man showed to her, so she trusts him with her shocking stories of how she ended up there, in Pereplut swamp. Meanwhile, Geralt follows a prophecy that was told, that Druids might know where Ciri is, but little he knows, that Ciri considers him and Yennefer dead already.

If I would dare to say anything else about this book, it would be a mild-to-harsh spoil. All I can say with certainty is that the plot in this book is one of the most intense until now.

Andrzej Sapkowski, Lady of the Lake

This time, the story is focusing on the adventures of Ciri. The princess is determined to find Geralt and the rest of the group, but the unspeakable tortures she suffered from Leo, won’t leave her in peace. In her efforts to escape danger, she travels through a portal in Tor Zireael, to find herself in a mysterious  Elven world. She is trapped in a place that time does not seem to affect reality and with no obvious and easy way to get back to her world.

Geralt has been doing the usual, completing monster contracts, given by the duchy of Toussaint, while the rest of the group have been exploring and relaxing. While Geralt is slaying monsters, he overhears about Yennefer and Ciri’s locations. As soon as he listens to the information he needs, he runs back to recruit his group and leave to save Yennefer. Unfortunately, Situations and people are tasked to delay him from seeking out Yennefer and Ciri.

Andrzej Sapkowski published “Season of Storms” in 2013 in Poland, making it the sixth Witcher novel and eighth overall book in the series. Even if it is not a follow up of the previous book, it should be read last, in order to understand the events on it.  It is actually a midquel, set after “The Last Wish”. The English version was published 5 years later, in mid-2018.

The book will take you back, were Geralt was pretty much alone, and he is slaying monsters, as his fate was written already. A contract he had undertaken has gone wild, and Geralt loses his valuable swords. We follow his struggle to take his equipment back, as he knows that sorcerers getting prepared for something big.

Most of us have unfortunately played “The Witcher” before reading the books. But if you have a chance to read the books first, the lore in the game will make much more sense to you, as the lore we followed in the game unfolds after the events of the last book. All of your reading will be very enjoyable, as each book focuses on each main character successively, and you will have the chance to follow each main character’s adventures in great depth.