There's a lot of debate in the FGC whether SSBU is a "proper" fighting game - especially regarding its viability as an esport - so we aim to clear that confusion!

It seems like there are different layers of fighting esports. Some games are well-recognized disciplines, with the reputation of being elite — like Street Fighter or Tekken. Others have impressive audiences only in specific locations, like Mortal Kombat in North America/Europe. There are games that have a small but quite stable player base, but they are still full-fledged esports titles — for example, SoulCalibur or SkullGirls.

And there is Super Smash Bros., which is… Ok, it’s actually a pretty sensitive topic. On the one hand, so many people enjoy the competitive spirit of this game. Nintendo has sold an impressive number of Smash Ultimate copies. The community organizes interesting esports events… Wait a moment! Why is the community doing this, not the company?

And here is the point when we start talking about “on the other hand.” And we have a lot to say here.

In the bigger fighting games community, Smash is rarely taken seriously. Many consider SSBU a kind of childish game. “It’s fun alright, but you can’t expect it to be as big as the competitors.” The developers perfectly support the content part of their product, but it feels like they don’t want Smash to be a top esports game.

Why is the situation like this? And what can we do about it?

Let’s start with arguably the most important aspect. Yes, mechanics-wise, Super Smash Bros. Ultimate is a close-to-perfect esports title. The game is so clever in bringing together different character archetypes, in giving them various moves and attacks, and in creating an excellent virtual competitive environment.

Smash is easy to enjoy for beginners, but it’s also deep and hard to master. It has all the attributes of a “proper” fighting game. SSBU fighters can form a tier list. You may practice combos and talk about counter-picks. People even have conversations on better gamepads for being the most effective in the fights.

The game is still growing and becoming better. No issues in this dimension have been detected.

Is it because of the platformer fighting genre?

One obvious thing that differentiates Smash from most other fighting games is it being platformer-based. This applies totally unique strategies and in-match tricks.

But you know, this section will be short. We should just mention Brawlhalla, which has many (really a lot) esports tournaments and an impressive amount of money in the general prize pool (around $1M for 2021). And that’s a platformer fighting all right.

Is Nintendo an evil genius here? 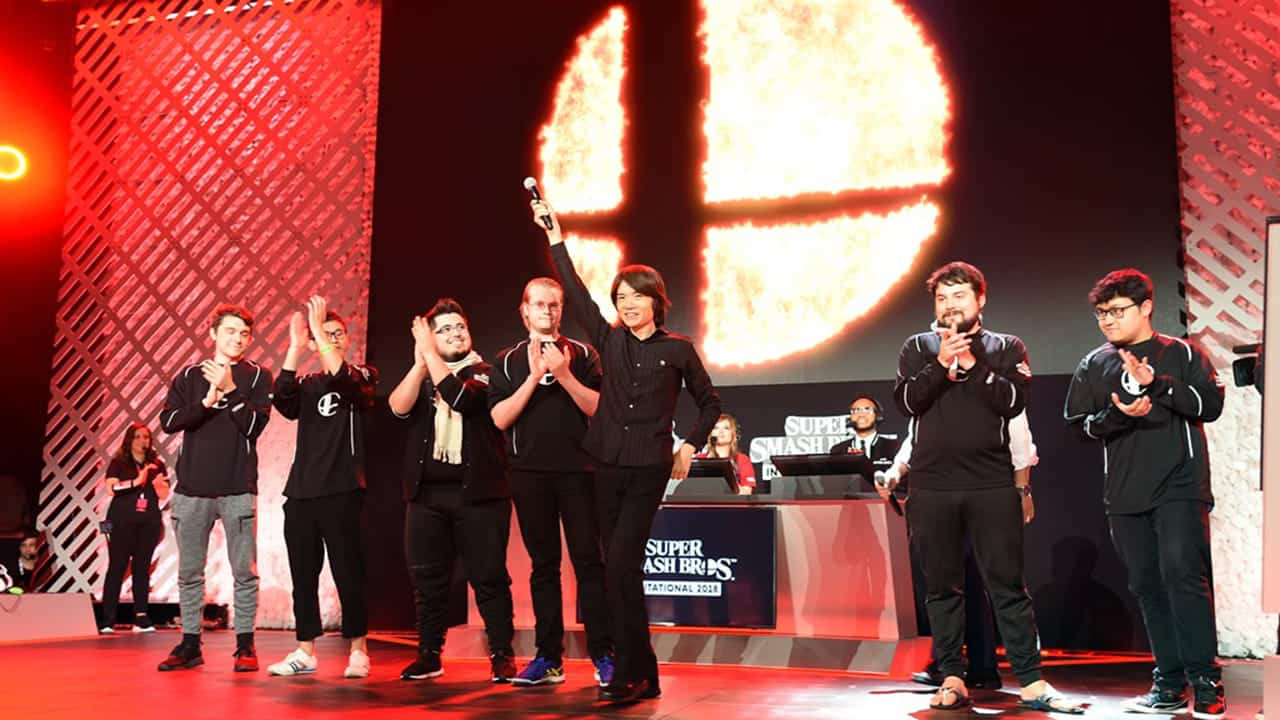 After a somewhat long prelude, we’ve reached the core point. Why does Nintendo not support the esports prospect of their own product?

Not only do they wrap their official Smash esports events, but also the company makes difficulties for other organizers (by their legal power).

We could spend thousands of words discussing why Nintendo doesn’t need esports, but it’s enough to just clarify — they don’t need it.

Probably, it’s connected to their business model and them being protecting their IPs like good dragons protect golden treasures. The bottom line is — nope, in this aspect, Smash is not a “proper” esports title.

Capcom organizes a worldwide online tournament (Capcom Pro Tour) and huge regional competitions (Street Fighter League) to support the esports aspect of their Street Fighter. Bandai Namco has World Championships for Tekken and Dragon Ball FighterZ (and at least they do not interfere with community-driven SoulCalibur events). Nothing of that sort can be said about Nintendo.

Not a “proper” title. What does that mean for the community?

To prosper, the esports industry needs these essentials:

In Smash, almost everything is based on enthusiasm. Sponsors would be interested in promoting their brands among such a big audience, but there is not such an opportunity (and there are some obstacles). Many gamers want to dedicate their pro careers to Smash, but that’s not a clear way for a pro player.

There are quite a few popular Smash professional players (like Hungrybox, for example). Their current success is based on creating YouTube and Twitch content. Actually, it’s a bit different from the situation with other esports titles. Let’s take a look at not-fighting genres (to fill the gap in its fullest). CS:GO and Dota 2 professionals are mainly concentrated on training and playing at tournaments. This path is rather impossible for Smash. Pro players in other fighting titles can at least combine competitions and content creation. 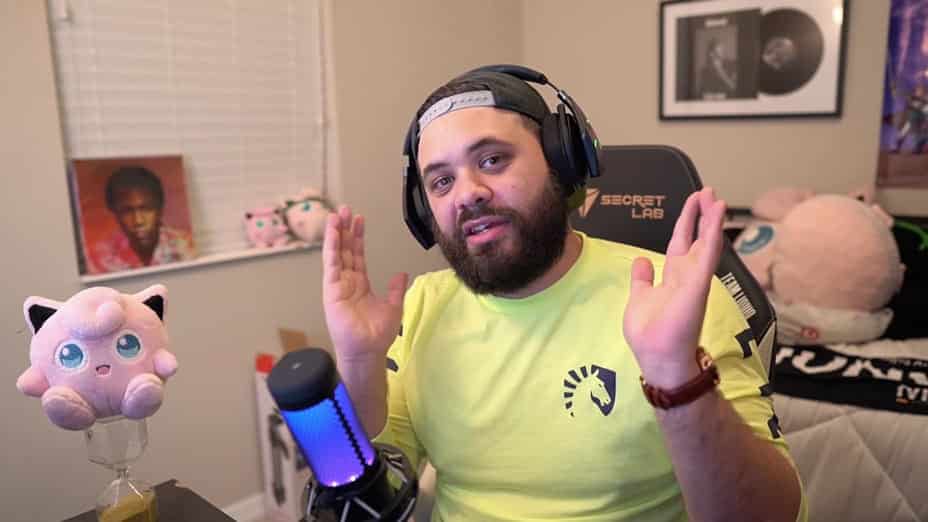 The future of Smash in such a situation is mostly out of our control. So why not talk about things we really can do.

People are concerned about Smash being a proper “esports” title because they love the game, and they want to build their esports career in it. It would be wise to divide these two aspects.

Someone’s esports dream is rarely limited to Smash. This guy or girl wants to feel the fighting power on their fingertips, win tournaments, and play their favorite game for a living. The talent and skills for achieving this are vaster than one particular fighting esports title. This dream is not connected to Smash.

Someone adores Smash and just enjoys playing it and growing in it. There are no problems here. The series has a bright future and potentially can be enjoyable for long years. But, it’s not about esports. It’s about someone’s personal gaming dreams and preferences.

A perfect case when Smash is totally “proper” 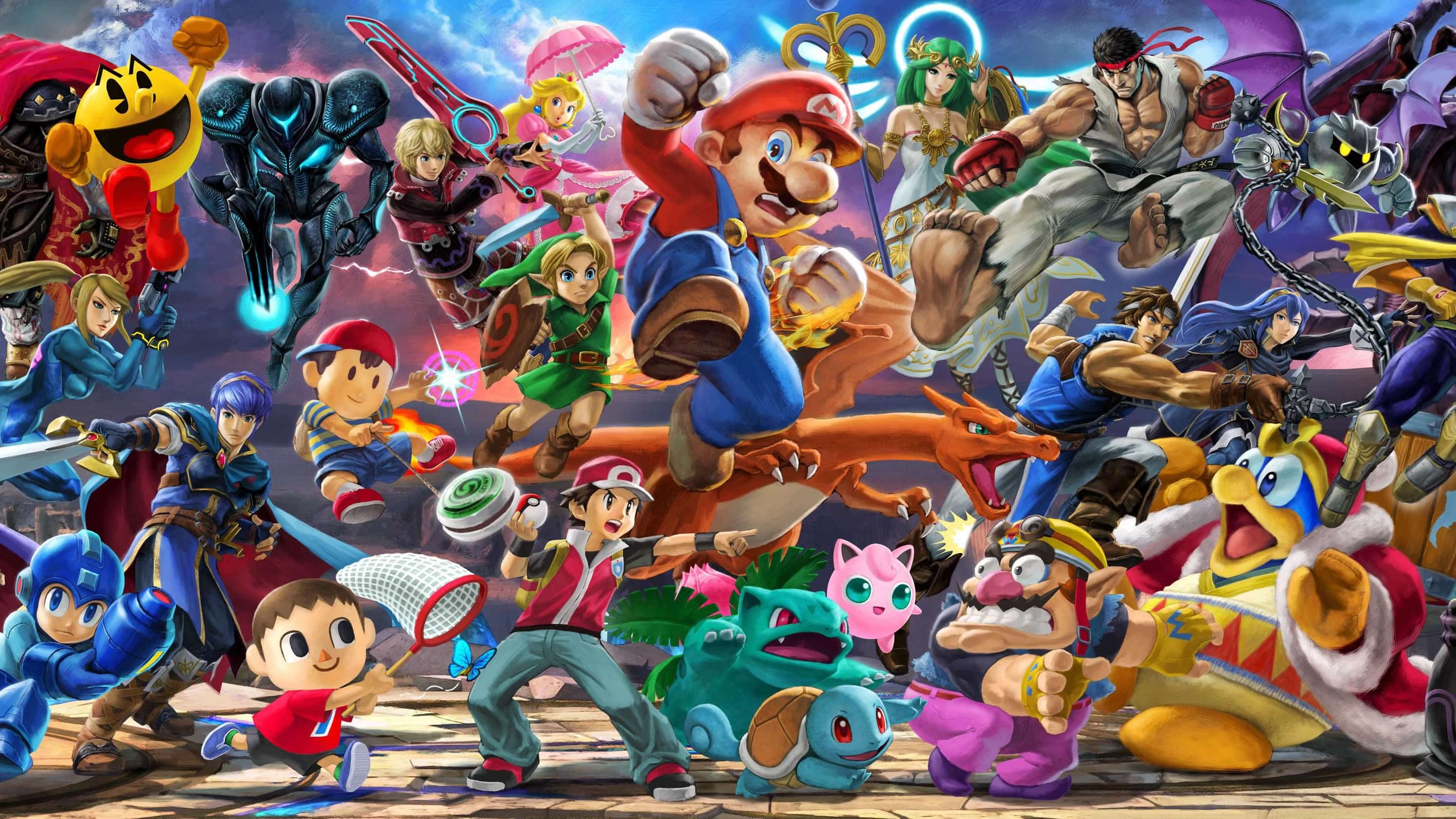 Are you still digging into this topic? Then there is a chance that Smash is actually an esports title for you!

It happens that the dream of being an esports professional and the dream of playing Smash are not separated. If it’s true for you, then you are a gem for the community and (probably) even for Nintendo. Follow your dream then! Smash is totally viable for you!

Gaming and esports have some substantial differences. Esports require regular training and a lot of dedication. This effort should pay off.

Gaming is rather for fun and communication with friends. For most people in the community, Smash is much closer to this definition of gaming than to one of esports. Nintendo supports this situation, and it’s not going to change any time soon.

Understanding this is key for checking out the true nature of your esports/gaming dreams. Would you stay with fun Smash gaming? Would you look for a more promising fighting/beyond fighting esports title? Would you still stick to Smash esports? No one knows the answer better than you! But it’s a very good idea to understand the difficulties of an esports career in Smash right from the beginning. 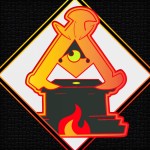