Estimating the population of an MMO game is a daunting task, and publishers are not willing to share their numbers on these matters. The reason? I guess WoW’s population is so big, that the rest are embarrassed for their numbers.

So let’s dive in, and sort the most popular MMOs by their user base, with any and all (authority) data that is available on the subject. All 6 games are included in our Best MMORPGs list, since there’s a clear relation between player base and game quality! 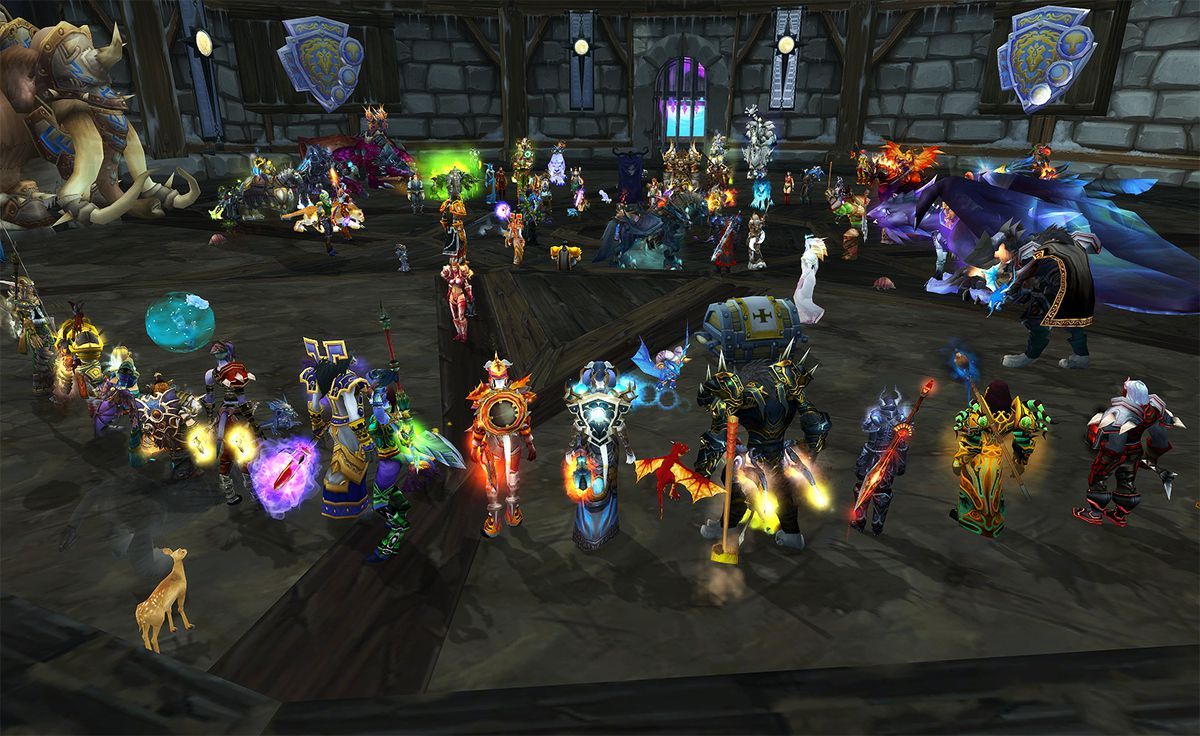 No one has managed to surpass WoW’s extreme population, ever. If you want to experience the most alive community of the past 15 years, and compete or play along with millions of other players, then there is no other choice.

The biggest source of population information on World of Warcraft, has been RealmPop.com for years. They currently report 44 million characters on US realms, and 41 million on EU realms.Be aware though, that:

Another great source for WoW population metrics, is WowProgress.com. Their numbers differ on that:

Based on that, they report 900K players on US realms, and 1 million players on EU realms.

The most accurate, though outdated data that has been published on WoW population, is from MMO-Champion.com.

They have been tracing the numbers that Blizzard posted with each Quarter Earnings report, and the last time these data were made available the number of active subscribers was at 7.1 million.

It’s worth noting that the peak of active accounts was with the release of Cataclysm, and 12 million active subscribers.

You can create a World of Warcraft account, and try the game for free up to level 20 here (official). You can also buy the game straight away here (official) or get it cheaper here (g2a) or here (kinguin). It’s hard to estimate the population of ESO, or find adequate data for that matter.ESO’s director Matt Firor claimed to MMORPG.com that the game has sold 8.5 million copies as of February 2017, and also stated that this amount is evenly split in PCs and consoles. Of course, the number of total copies sold doesn’t reflect the actual active player base of the game.

Another valuable source of data for ESO, can be found on eso-database.com, where the statistics only reflect a small amount of players that use a well known mod, and there are 900K known characters (not players).

In order to create a The Elder Scrolls Online account, you have to buy the game from here (official) or you can get it cheaper here (g2a) or here (kinguin).

The only thing close to an official announcement, is an infographic published by Kakao games, showing close to 3 million characters in EU & US servers combined.

A recent tweet from Pearly Abyss though, is showing the total registered accounts to be 10 million.

Black Desert Online just reached 10 million registered users worldwide! A huge thank you to all of our fantastic Adventurers that have supported our game so far and we hope that many more will join us in the future! pic.twitter.com/AdMs7iRbhz

Of course registered doesn’t equal active, but it’s a direct response to ESO as well, which recently held an event for celebrating 10 million accounts.

In order to create a Black Desert Online account, you have to buy the game from here (official) or you can get it cheaper here (kinguin). 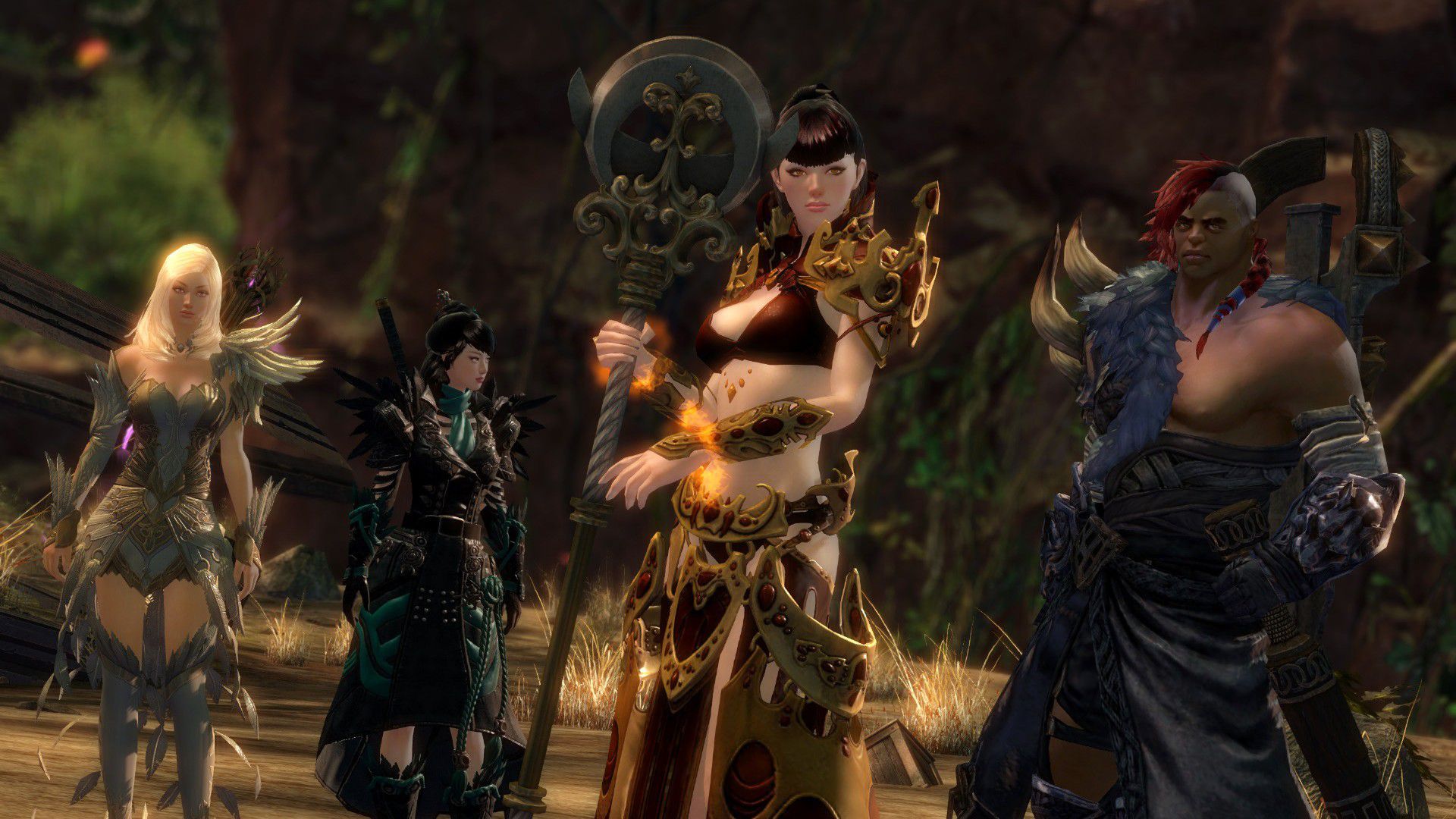 GW2 was one of the first “wow-killers” back in the day, and it came close, for a very small time frame.

The only data we can use to estimate the active population of the game, is a reddit user’s “study” on the matter, using a simple algorithm to estimate the amount of players to 3 million. There’s no real data to back him up, he just multiplies reddit subscribers by 20. Strangely enough, applying this formula to other games, comes close to real numbers.

What’s more interesting, is that this small post, inspired inanage.com to make a much more in-depth and data-backed study on Guild Wars 2’s population, claiming than 1.5 million active players is way closer to reality.

Guild Wars 2 has turned Free 2 Play on 29 August 2015, and you can create your account here (official). Feel free to top up your Guild Wars 2 gems for less here (g2a) or here (kinguin). 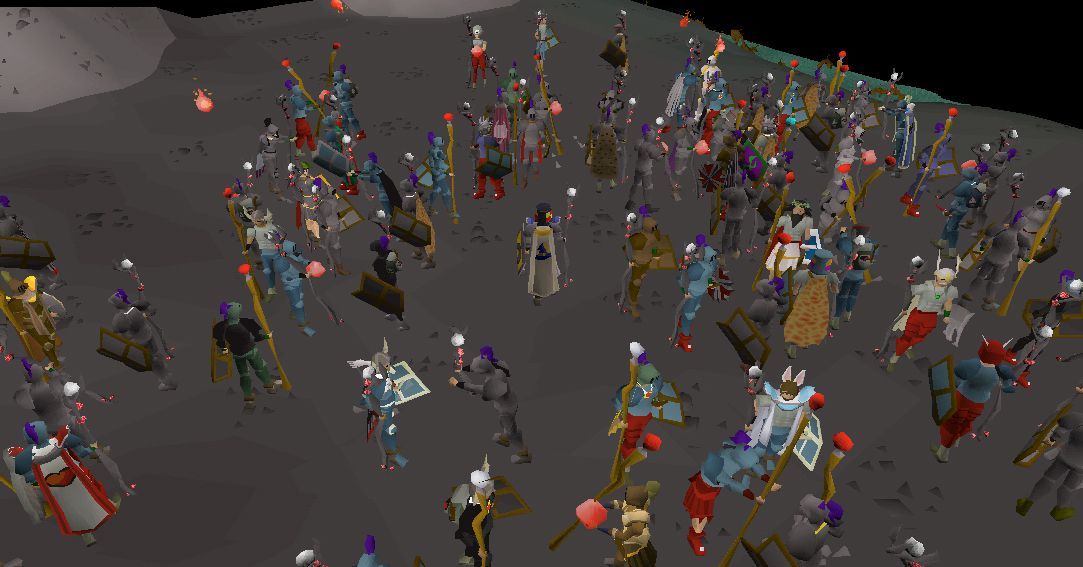 Even though OSRS has been one of the most played MMORPGs for years, most MMO players actually struggle to believe it, or even haven’t heard of it!

This is “normal” though, since the game’s extremely outdated graphics, left it out from most lists and suggestions of MMO fans. Old School Runescape has at least 100,000 players active at any time, usually peaking at 200K+.

What’s best, is that there’s no other MMO publisher that posts their numbers, but OSRS does so on their official site. Keep in mind that all the numbers concern just “Old School Runescape” (and OSRS mobile), not its latest iteration “Runescape”, or its mobile version etc. Chances are, that by combining both, the population is at least double.

Old School Runescape is free to play, and you can create your account here (official). However, there are a lot of features missing from free accounts, so better read about osrs premium subscription benefits, or learn how to get free premium just by playing. Again, there is little data to confirm the population of FFXIV, so we will look at the most important metrics.

The FFXIVcensus.com suggests that there are 12 million characters in all the regions combined, out of which they mark 500K as active (having the “Yol” mount from 4.0).

Some other interesting numbers include the number of pre-orders for all expansions, surpassing the 650K.

You can create a Final Fantasy XIV account, and try the game for free for 14 days here (official). You can also buy the game straight away here (official) or get it cheaper here (g2a) or here (kinguin).

Comparing the 5 Most Populated MMO Games

The Google Trend graph below, summarizes the interest for each game in the last 5 years. Of course WoW makes the graph a bit unreadable, but you can play with the tool for yourself, and let us know in the comments for any interesting findings!

The 10 Best & Most Underrated Konami Games Ever Released