SEGA decides to release League of Wonderland in the West, 4 years after the original, and we're grateful for it! Check out our short review for the RTS / Tower Defense / Gacha mobile game hybrid!

SEGA is earning a bigger presence in the mobile game world, and with each release they aim to impress. They definitely succeeded in League of Wonderland’s case, a “weird”, yet ultra fun Tower Defense / Hero Collector RPG hybrid.

Globally launched in September 30, 2019 for iOS & Android devices, League of Wonderland has been live in Japan since 2015, so rest assured that the gameplay & user interface are quite polished, and the game is rich in content. 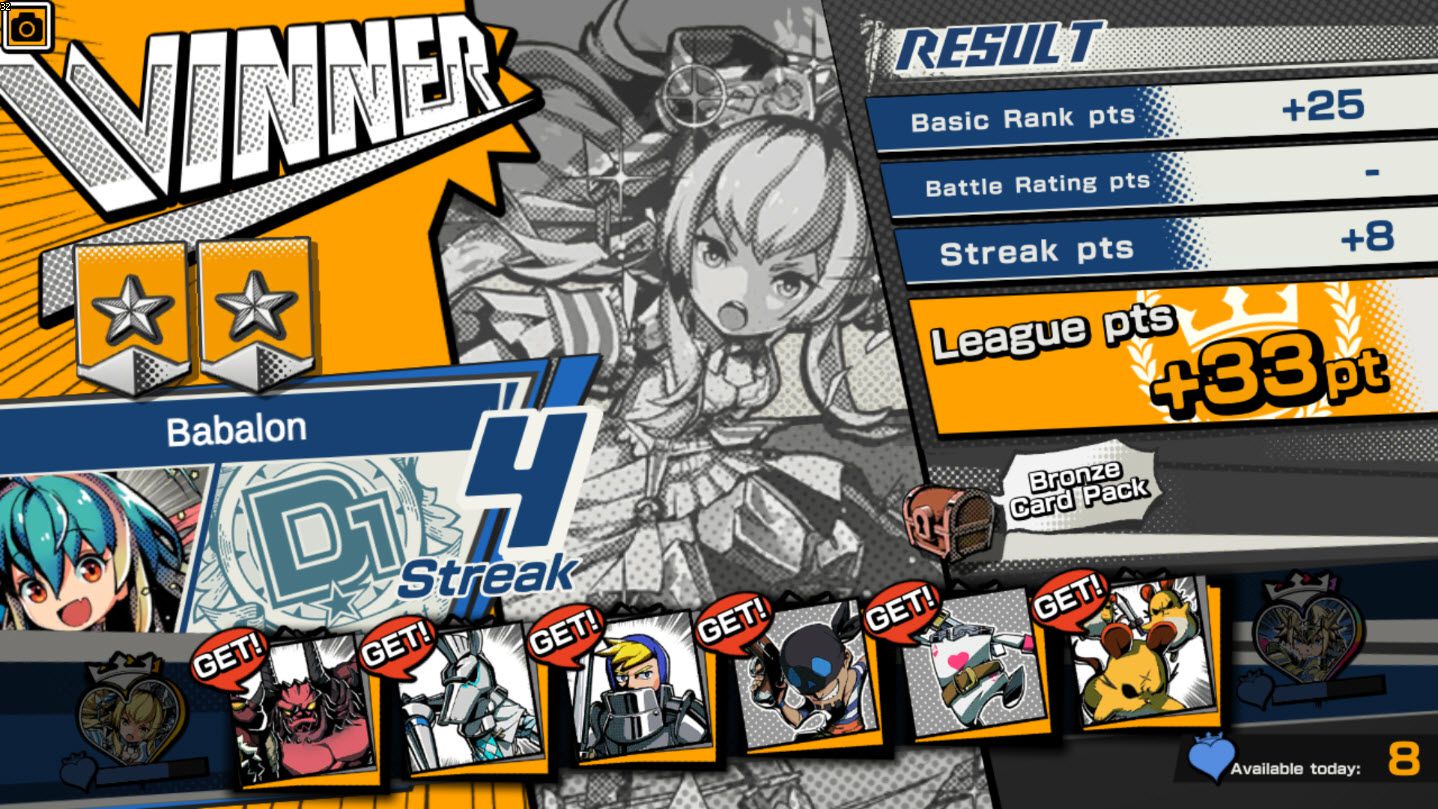 There’s not many game modes to take part in – and that’s a negative – since LoW focuses on Player versus Player quick matches, and a Seasoned League that offers great rewards for every tier you achieve, giving you more heroes and options in order to face stronger opponents.

You are also limited into how much you can upgrade your heroes and combat power based on your League Standing, so it’s all about human competitiveness – so that’s a positive!

There are heavy gacha elements in the game, but it’s not too easy to appeal to gacha fans, since there are no automated mechanics, and you have to actively fight all the time. 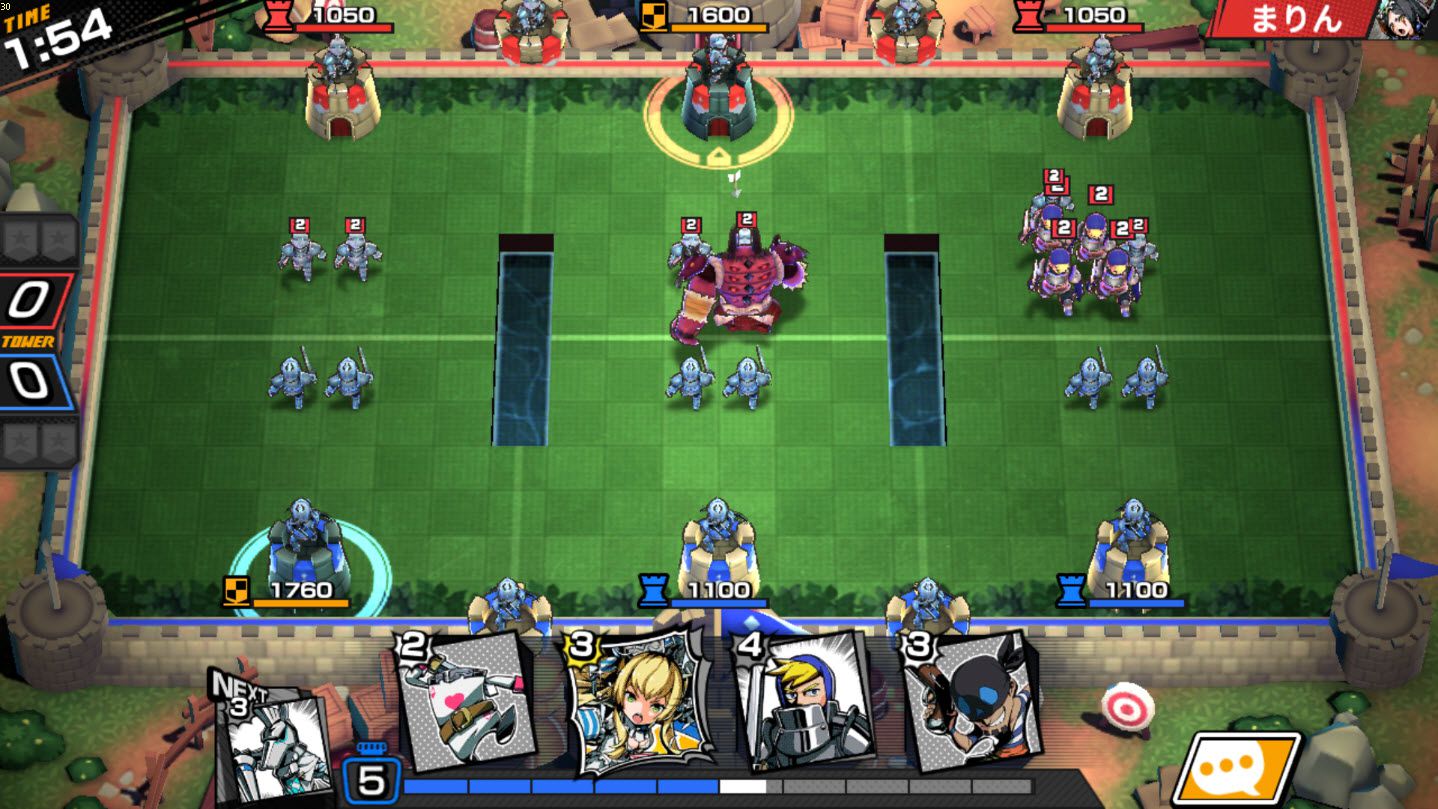 In a day where AFK gaming is taking over, it’s awesome to see such a well-made Anime RPG game following the premise of “10 minute gaming sessions on the bus”, without offering any auto progression features, or Auto-Grind modes.

The combat is simple, yet very in depth strategy-wise at the same time.

Each player owns 3 towers, in 3 lanes, and can use MP to deploy cards / heroes / units in each lane, adapting to his opponent’s summons, and trying to push faster into destroying the enemy’s towers.

The first one to destroy 2 towers, wins the game! Range, speed, and abilities will play a big part into which lane comes out victorious, and with 3 of them fighting at the same time, it’s all about making the right choices. 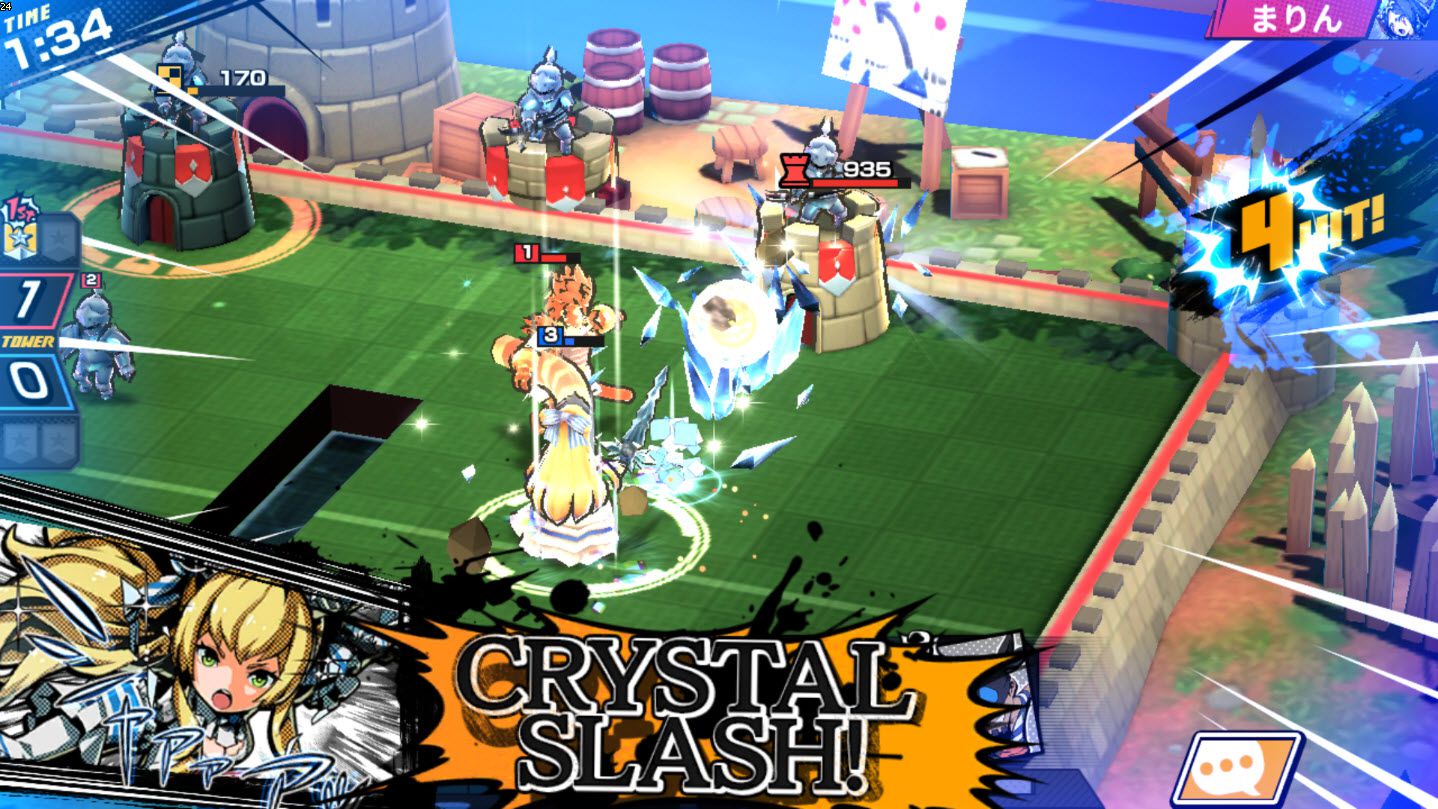 What’s more, instead of your cheap & basic units, you can use amazing characters inspired from many fairytales, which empower you with Draw attacks, that will give you the edge over the enemy. 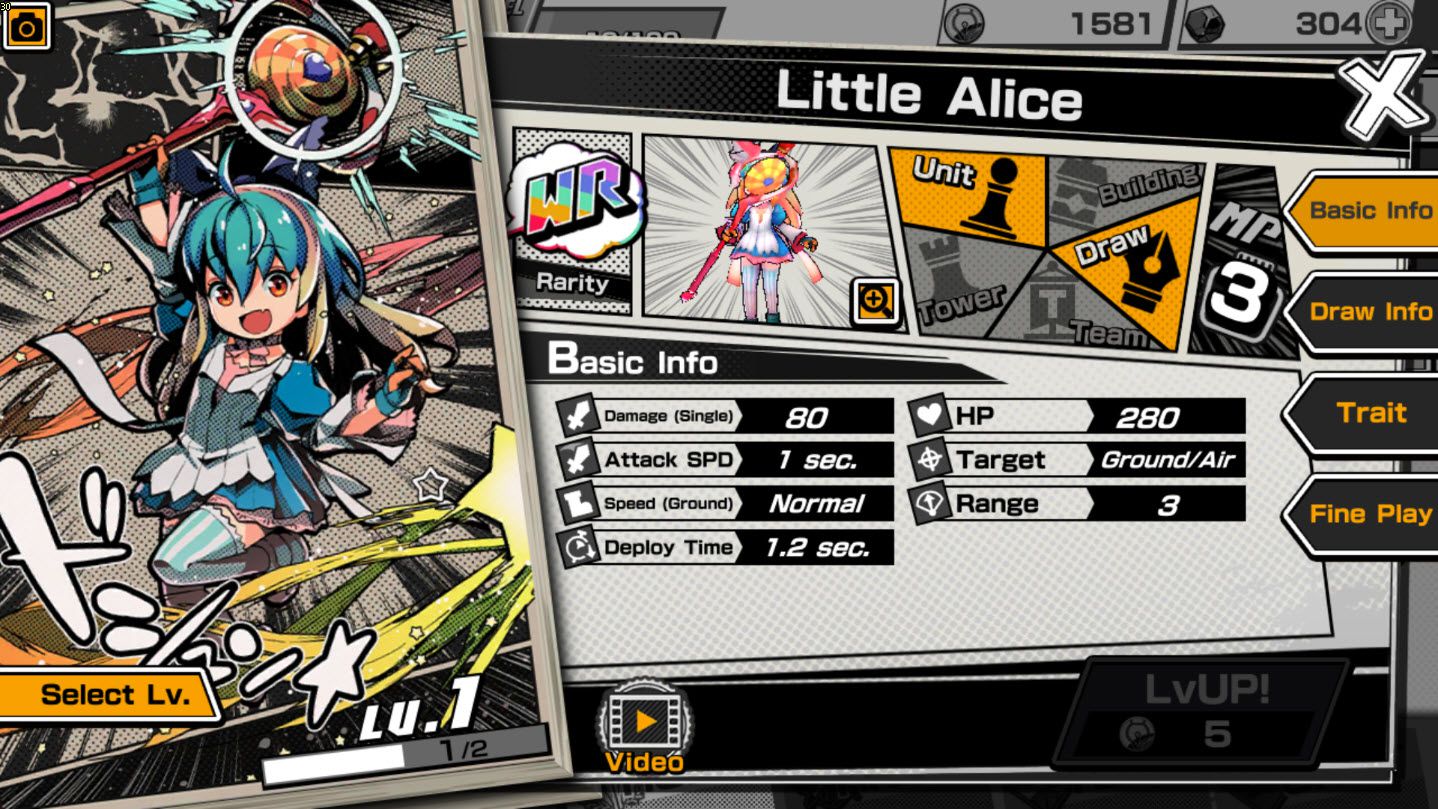 League of Wonderland looks like a perfect colored manga, and interacting with it is responsive and efficient.

It’s refreshing when big publishers really put the money and effort to create something aesthetically unique, and it’s also an affirmation of the game’s bright future.

The game achieves to run with great graphics without putting too much strain on your device / battery, and you won’t face any lag playing it, even if you are using a mobile emulator on your PC. 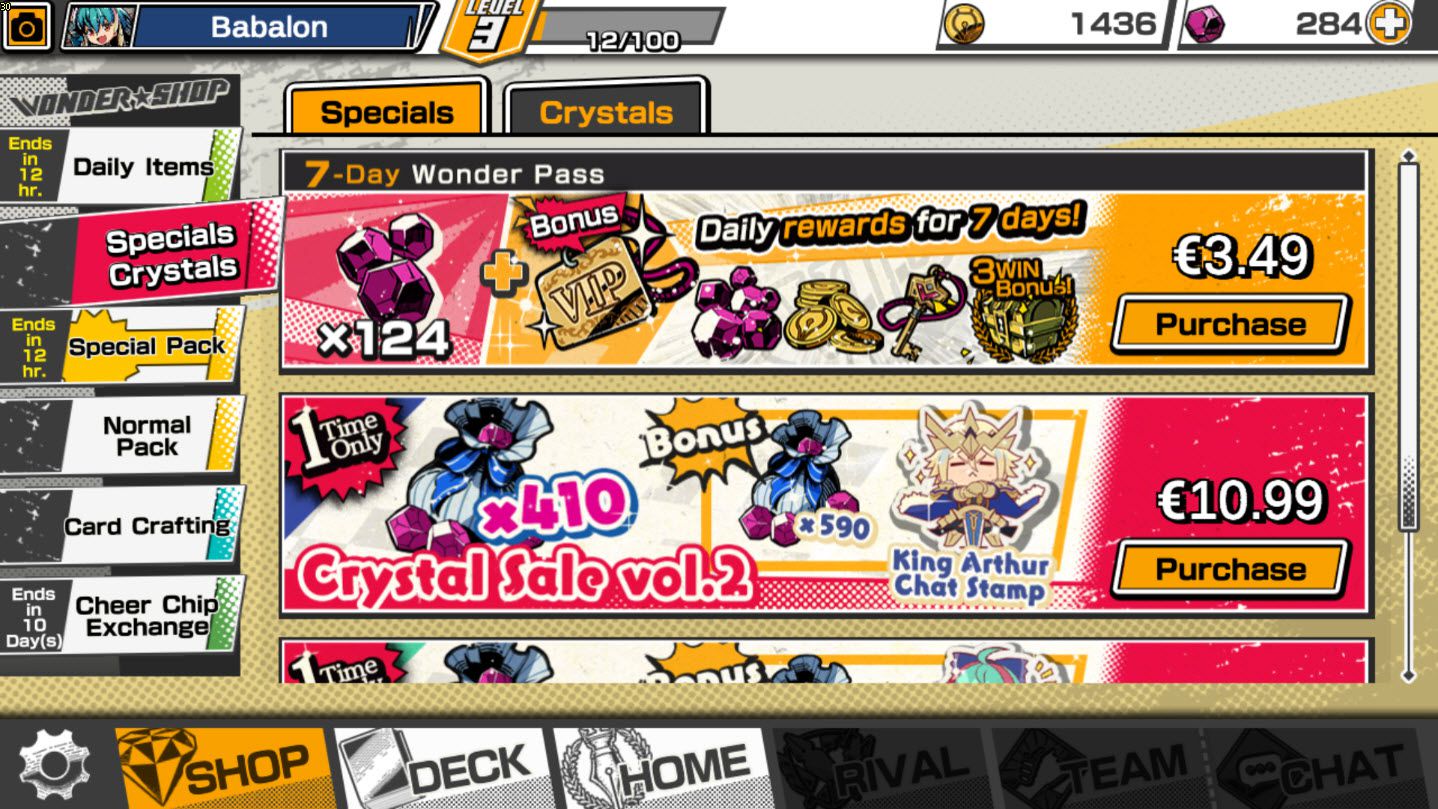 SEGA is serious with monetization once more, offering a few beginner packages and standard crystal purchases, without overwhelming you with offers and P2W elements in every corner.

A developer would be “stupid” to not want to make any money in this market, but at least they are transparent and honest about it, a rare sight to behold in today’s mobile gaming.

The in-game rewards and progression are quite generous as well, making it almost pointless to spend any money, unless you grow a big affection for the game – and if you are a Clash Royale fan, you will!

Could Profit From More Variety 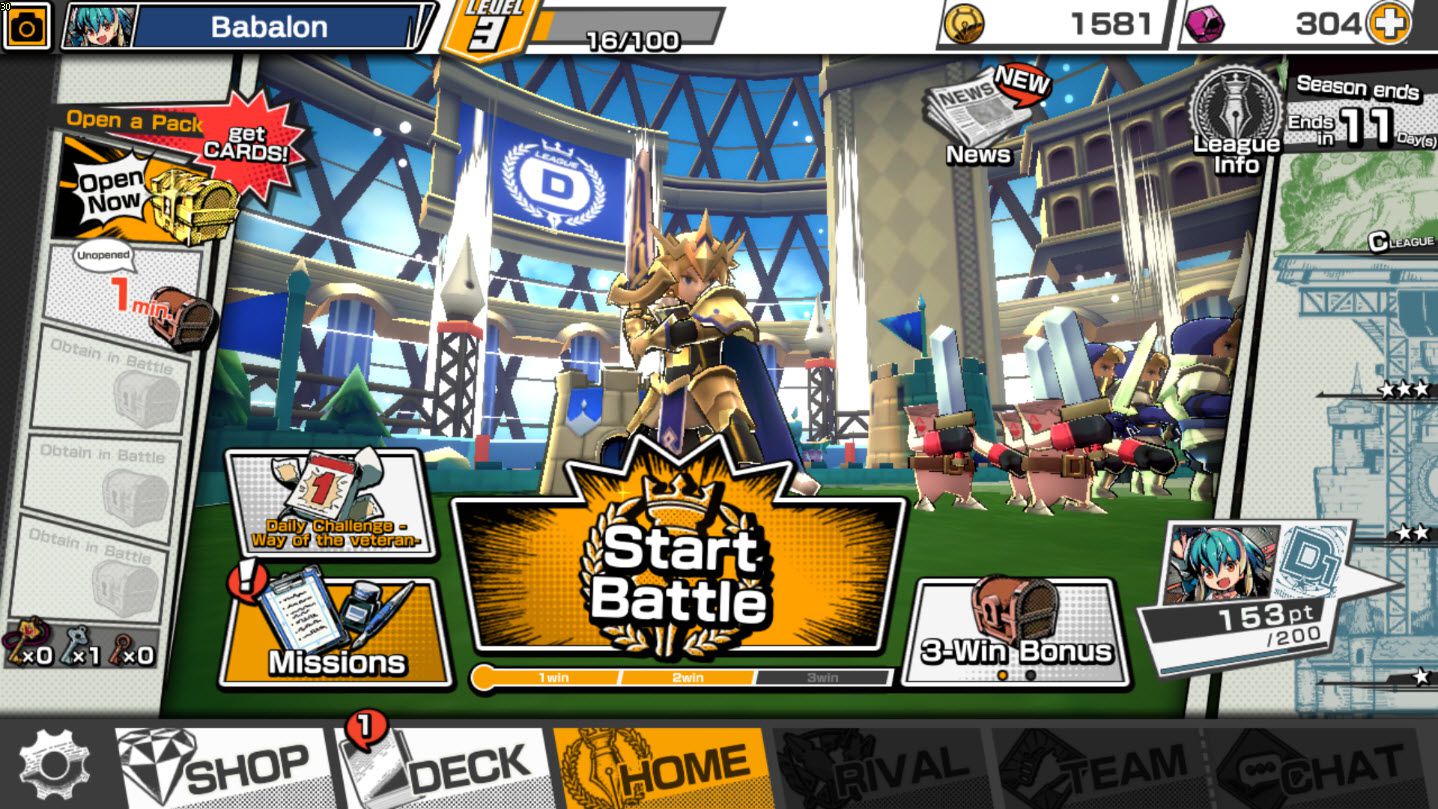 Since League of Wonderland is so heavily inspired by gacha games, it could benefit from adding more variety and game modes.

The main battle leagues are great, but especially as a new player it’s pretty much the only thing you can do. Competing with humans is a huge thing by itself, but there’s so many possibilities for more PvE game modes, that could actually help you understand the game and its mechanics better, as well as provide a separate mode of enjoyment.

I’m not too hopeful about SEGA “addressing” this, since the original game has been launched back in 2015, but it’s not rare to see Asian games adapting in the Western market by adding core changes to their mechanics & gameplay.

All in all, it’s definitely worth your shot trying it out, and judging for yourself if you prefer this Clash Royale alternative – I guess it’s as far as a good substitute, since Community is what makes these games.