Boasting a rich library with diverse genres and fun to play titles, you're bound to seek the best bone-chilling horror games on the system.

Despite the fact that the PlayStation 2 had more horror titles than its successor, the PlayStation 3 is still home to one of the scariest horror titles ever created. The console was blessed with spectacular horror titles while it reigned. These games are still discovered to this day, granting players the dream of experiencing what would make them stay up at night.

With new and old gamers alike discovering games they missed out on in the past, they’re bound to discover some of the best horror titles the PS3 had to offer. Come read about the best horror games on the PlayStation 3, including popular and underrated ones. Dead Space was EA’s answer to Capcom’s Resident Evil 4 at the time. Taking inspiration from the latter, Dead Space brought a new touch to sci-fi horror, putting a huge emphasis on atmosphere and fear of the unknown.

As Isaac Clark, you navigate the Ishimura ship full of grotesque creatures and twisted sceneries that’ll haunt your memory forever. Isaac utilizes a wide range of deadly industrial weapons capable of cutting anything that moves to pieces. Though, the best thing about Dead Space is the death animations which remind me of Manhunt all the time. 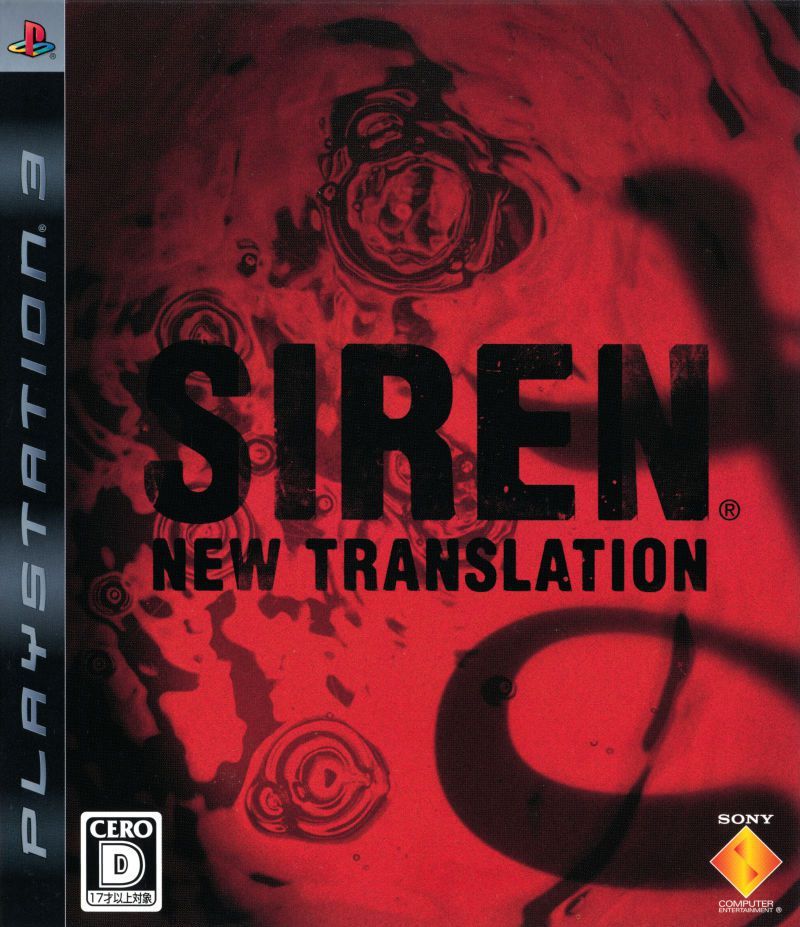 Siren: Blood Curse is a primal example of how you make a terrifying horror game that puts heavy emphasis on building tension and a dark atmosphere that should please every horror fan out there. Blood Curse is actually a re-imagining of the original PS2 game with better graphics, an interesting story and a dreadful atmosphere that will put even a grown-up man on the edge of his seat.

In Siren: Blood Curse, you’re just a powerless human being roaming the empty streets of the Hanuda Village. Your only way to survive is to make the game’s stealth mechanics. Enemies are difficult to handle in a one-on-one fight, so it’s best to just avoid them altogether if possible. Unlike other enemies AI in survival horror titles, The Shibito are one of the most intelligent enemies you’ll ever encounter in your horror gaming experience. Similar to F.E.A.R, The Shibito can be alarmed if you leave your flashlight on, make noises, or aimlessly breach into rooms without further caution. 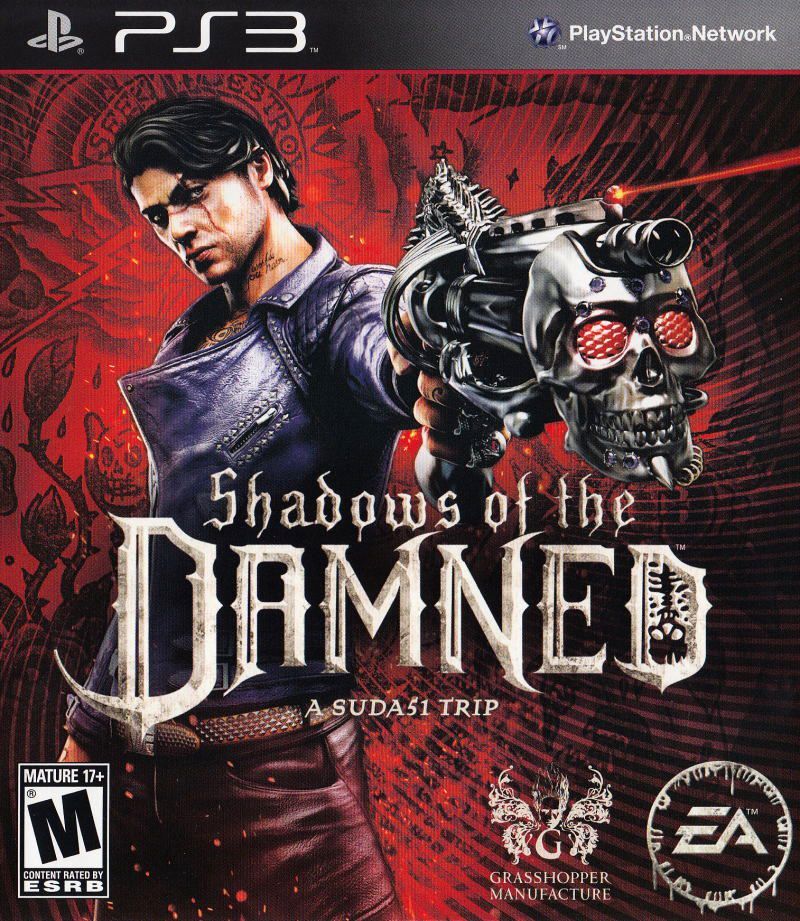 Shadows of the Damned was a collaboration between the father of survival horror gaming, Shinji Mikami and Suda 51. They’ve previously collaborated on the making of Killer 7 which is also one of the best video games ever created, although it may not be everyone’s cup of tea. Granted, every fan of survival horror games should try this one.

In Shadows of the Damned, you play as a demon hunter named Garcia Hotspur whose girlfriend has been abducted by the army of the darkness. Garcia has to jump to the depths of the underworld to save her and dig a bullet through the Lord of the Demons.

The game’s action is an absolute ride, but what makes this game recommended is its blend of wacky humour and elements of survival horror. It’s hard to not crack a smile at what’s happening in Shadows of the Damned, and if you’re already a fan of Suda 51, you won’t be disappointed at what you’re going to play. 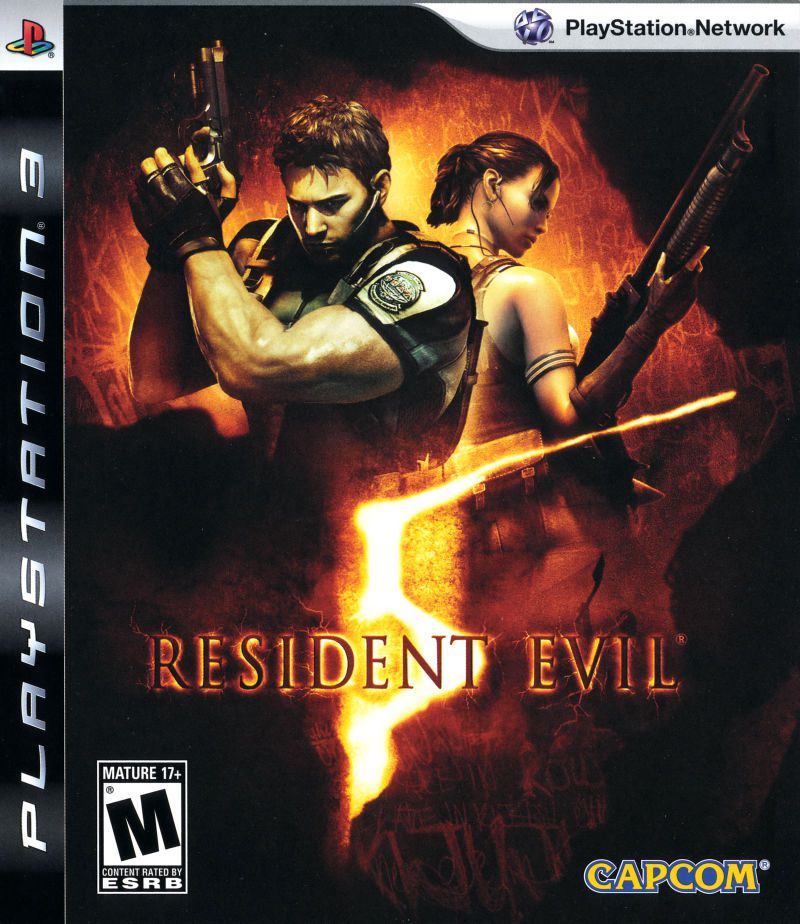 Resident Evil 4 and its sequel are still solid picks for anyone looking for a fun to play horror experience. Initially released on the Gamecube back in 2005, Resident Evil 4 massive success pushed Capcom to port it to nearly every platform out there.

Resident Evil 5 is different, on the other hand. Compared to its predecessors, the 5th entry is more action-oriented, opting for a co-op experience featuring Chris and Shiva infiltrating the deadliest cities located in Africa. And while long-time series fans weren’t pleased with this entry, it’s still a great game if you just want to shoot zombies and feel like a badass. 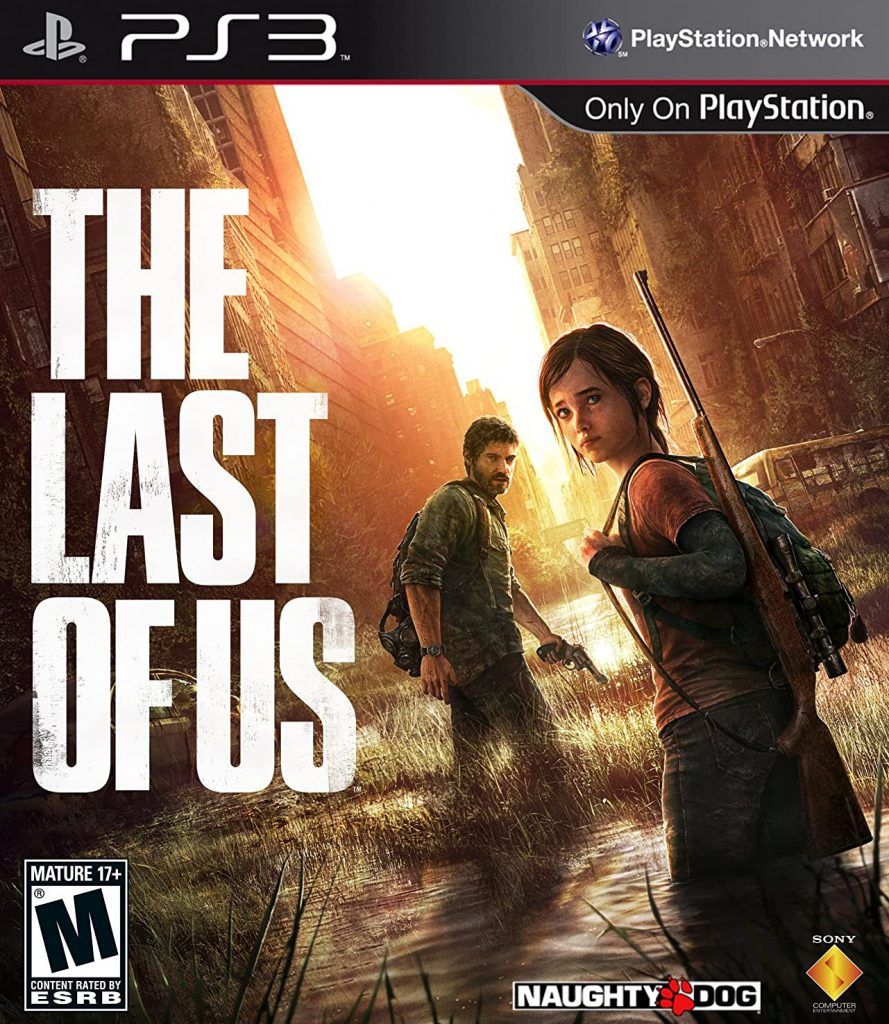 The Last of Us is a survival horror game developed by Naughty Dog and Published by Sony back in 2013. Naughty Dog is renowned for having several great hits under its belt. From the Jak and Daxter franchise to Uncharted, the company would go on to deliver what many PlayStation fans would enjoy.

Taking influence heavily from games such as ICO and Resident Evil 4, The Last of Us brought storytelling to new heights by opting for a cinema-like presentation, stunning visuals, and engaging stealth gameplay that gave players a glimpse of what a true post-apocalypticism looks like. Silent Hill HD Collection may lead many to believe that the set would contain at least three games, but sadly it only contains two games. It’s totally misleading by Konami, but the fact that Silent Hill 2 and its sequel made it into the seventh generation of consoles brought a bit of hope. A belief that other entries in the franchise will receive the same treatment.

Silent Hill HD Collection doesn’t feature the same voice actors from the originals and lacks many graphical touches that haven’t pleased long time fans of the series. However, since the originals can cost a bit to obtain on the PS2, you can always seek this collection when you have the money.

The Evil Within’s story puts you in the shoes of Sebastian Castellanos, a detective who was tasked with investigating an abnormal incident only to get pulled into a distorted world full of sinister places and terrifying creatures. Sebastian will have to experience a journey to hell before solving the mystery that sucked him into that nightmare.

Despite being made by the same creator behind the Resident Evil franchise, The Evil Within is in a league of its own. Instead of fighting zombies like in the previous Resident Evil games, Sabastian will battle grotesque enemies that know how to send fear down a player’s spine. A great deal of inspiration from renowned survival horror movies has been spent in designing the enemies and bosses, and it just shows how survival horror can be if done right.

An interesting thing about the game is the stealth mechanic. Ammo is scarce in The Evil Within, and saving up on it by stealth-killing all targets is a crucial method to save up on ammunition.

Aliens vs Predator franchise has often enjoyed a slew of diverse video game adaptations, ranging from the traditional side-scrolling beat em ups, and light-gun shooters to full-blown triple-A games. Among other great titles in the series is Aliens vs Predators,  a first-person shooter developed by Rebellion and published by Sega back in 2010.

Aliens vs Predator, while not being categorized as a horror game, features elements from the genre. There are 3 playable characters in the game to choose from; Marine, Predator and Xenomorph.  Playing as a marine is the best experience in the game as it quickly shifts into a terrifying mission when Xenomorphs start to show up in the dark one by one. Playing as the Predator gives you access to a super creature, capable of taking on anything that moves. He’s also equipped with advanced gears like X-ray, invisibility and sharp blades. Alternatively, if you take on the role of a Xenomorph, you can walk on walls, jump higher and take your target quickly before they know it.

Aliens vs Predator was an attempt by Rebellion Development to reboot the first-person shooter franchise, and while it suffers from certain flaws, it manages to provide a fun to play 8 hours campaign. 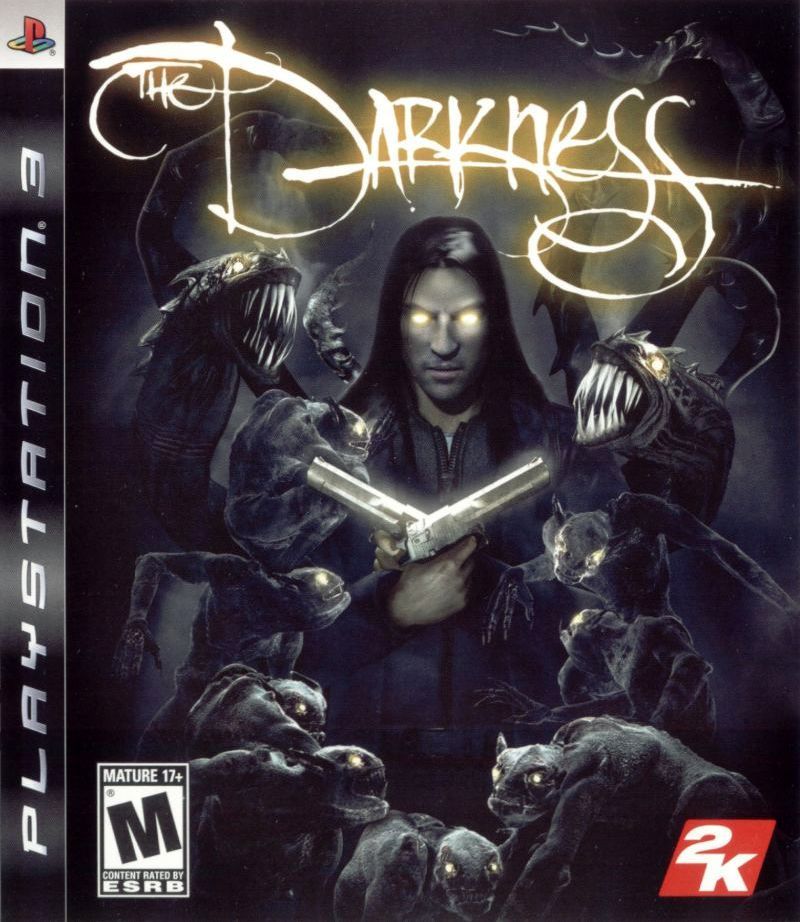 The Darkness is a first-person shooter game based on the Darkness comic book by Top Cow Productions. Unlike other horror-themed titles I’ve mentioned above, in the Darkness, you’re the boss. You’re the monster that haunts his enemies, ready to kick some ass like a badass using dark powers.

As Jackie Estacado, you have access to otherworldly super dark powers that grant you to rain down wrath upon your enemies by either devouring them to pieces or having their hearts for dinner. Of course, since Jackie Estacado has the power of darkness in the palm of his hand, he’s vulnerable to light. Players will have to hide from the light in order to retain their demonic powers, otherwise, they’re nothing but weak humans.

The Darkness went to spawn a sequel that is sadly stuck in the cliffhanger limbo for God knows when 2K will one day announce a sequel.

Alien Isolation remains one of the best horror games ever released. Nothing tops the feeling of being powerless, stuck aboard a space station with an obviously friendly Xenomorph. Thanks to the excellent level of design and the clever enemy artificial intelligence, you’re about to jump into an unforgettable experience.

The game’s goal is to survive all the odds at the space station. You’ll be sneaking behind aliens, crawling under desks, infiltrating small vents, and hiding behind lockers hoping the Xenomorphs won’t sniff your fear. The original Condemned: Criminal Origins took us on a nightmarish venture to the depths of insanity as players went down to the abyss hunting down the criminal that ruined their lives. While the original’s strong asset was its heavy focus on the psychological side of the underworld, the sequel opted for a more action-focused experience while still managing to retain the roots of the original.

Condemned 2: Bloodshot relies on an engaging semi-realistic combat system to sell its premise. In fact, Condemned 2 is all about the melee combat system and bashing your enemies to death.  To avoid making the main character a powerful being, guns are a rare commodity with scarce ammunition as well. Granted, if you enjoy survival horror titles, Condemned 2 won’t disappoint you. 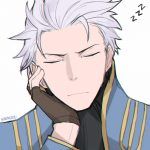 Just your average gamer who enjoys hunting hidden gems and underrated games - but is still open to any game in the industry if you ask him. His love for Onimusha: Dawn of Dreams is like a truck and whenever he meets a new friend, he can't help himself but recommend it to him.