Puzzle games have always been a joy to play, whether you like head-scratching puzzles or a calming session of Tetris every gamer enjoys a puzzle game from time to time. The PlayStation 4 system didn’t disappoint with a huge puzzle games library covering multiple genres and offering amazing next-gen graphics for the time.

Today we are here to provide you with a list of the best Puzzle games on the system including many genres and of course some hidden gems that you might have missed, so without further ado let’s dive in! 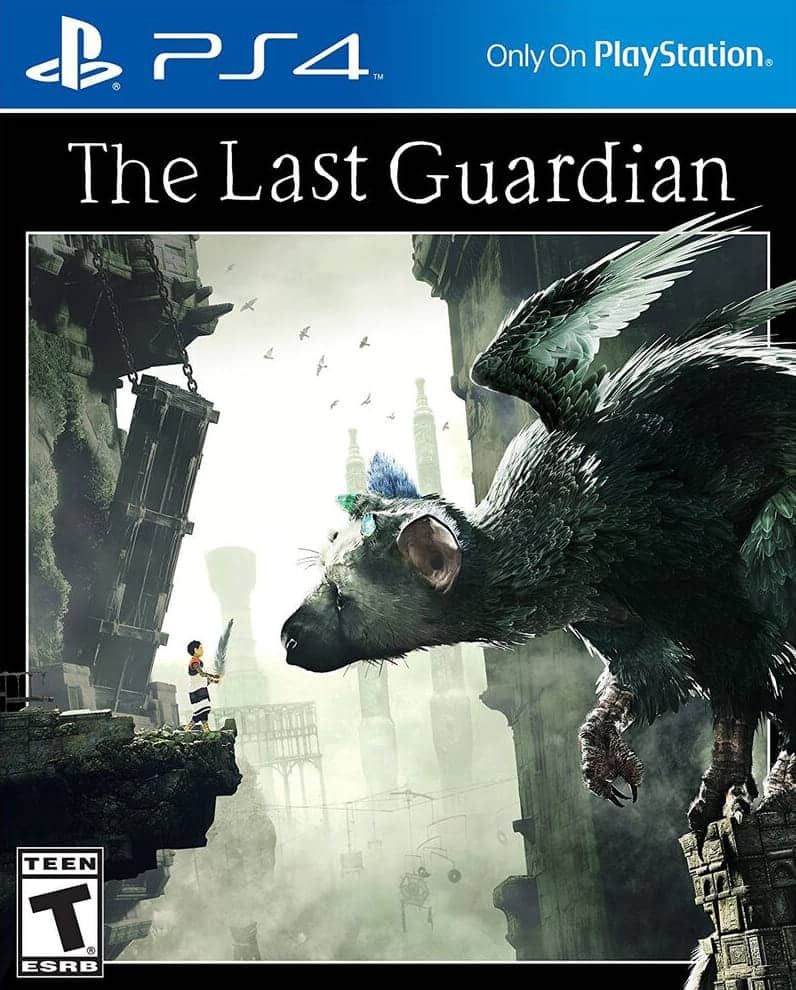 The Last Guardian is an artistic game brought to us by the makers of Ico and Shadow of the Colossus. The story follows the tale of a young unnamed boy, upon waking up the kid finds himself in a dark unknown cave with a mysterious majestic creature known as Trico.

The player controls the boy who must cooperate with the bird-like monster to solve various puzzles and explore the area. the boy can climb, carry objects, and operate levers. Trico can help the boy to reach higher areas and overpower the guards that are trying to capture him. Overall, while the game doesn’t reach the greatness of its predecessor still the great graphics and the simple yet addictive gameplay make this well worth it on the system. 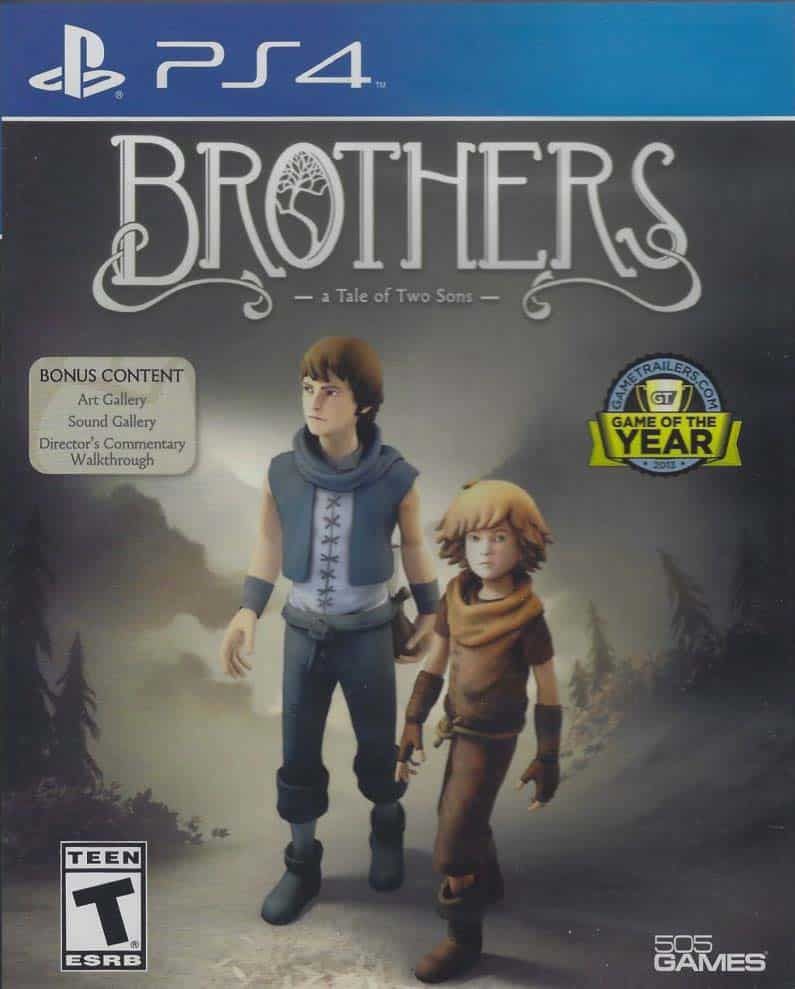 Brothers A Tale Of Two Sons is a unique co-op puzzle platformer, the game offers a great single-player experience and an even greater co-op experience. The player takes the role of two sons in a mythical fairy tale world, the two sons must embark on a journey to find a cure for their sick father.

The game is presented from a third-person perspective where the player controls the two brothers at the same time, each brother’s movement is assigned to one side on the controller where they lay on each other to complete various puzzles. For example, the little brother can pass through tight entries to unlock doors and such, and the big brother can move heavy objects and swim. Overall, the unique controls and the amazing fairy tale world make this game a must-play on the system for puzzle fans. 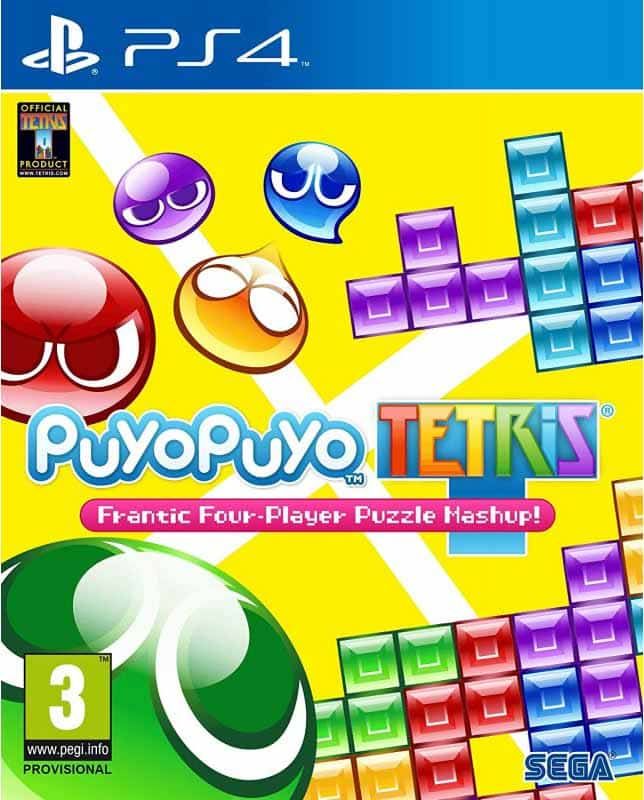 Puyo Puyo Tetris might look like your typical Tetris reboot but the series has so much to offer for puzzle lovers. The game offers a combination of classic Tetris and match four genres presented in a colorful package full of likable characters and colorful shapes.

The game features a story mode where the player competes on different challenges separated by a narrative to enrich the story. the core formula of Tetris remains unchanged where the player drops differently shaped objects to form a line. Puyo Puyo mode is a bit different, the player matches different body shapes Puyos forming a blob of the same color, to make it simple it’s a match four game with extra steps. Overall, the game offers an amazing combination of two classic puzzle games in a finely wrapped package for both hardcore gamers and casual players. 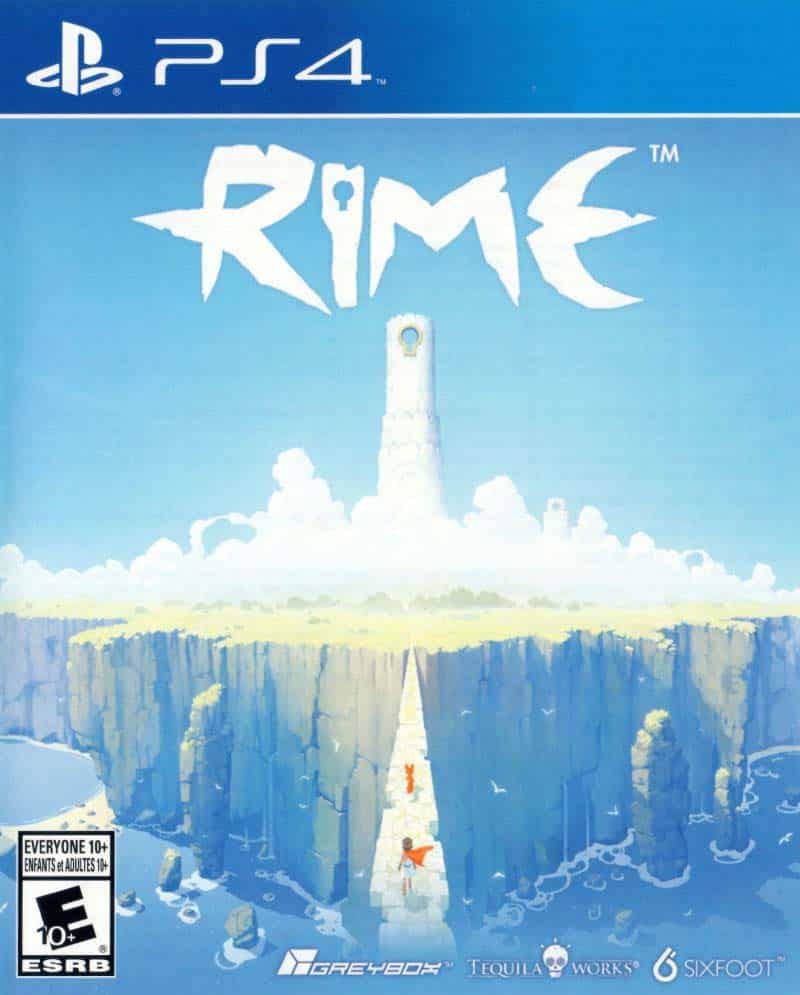 Rime is a unique adventure puzzle game similar to titles like Journey and Abzu. The player assumes the role of a boy, as he gets washed ashore on a mysterious island the boy must explore the area with the help of a bizarre magical fox.

The game is seen from a third-person perspective with cell-shaded graphics and a colorful art style, the boy can run, jump, and push objects along the island, as well as operate levers and mechanics to solve various puzzles. While the puzzles might be a bit on the easy side the beautiful atmosphere and the colorful world make this game worth a play especially if you’re looking for a calming and sort of zen-like game. 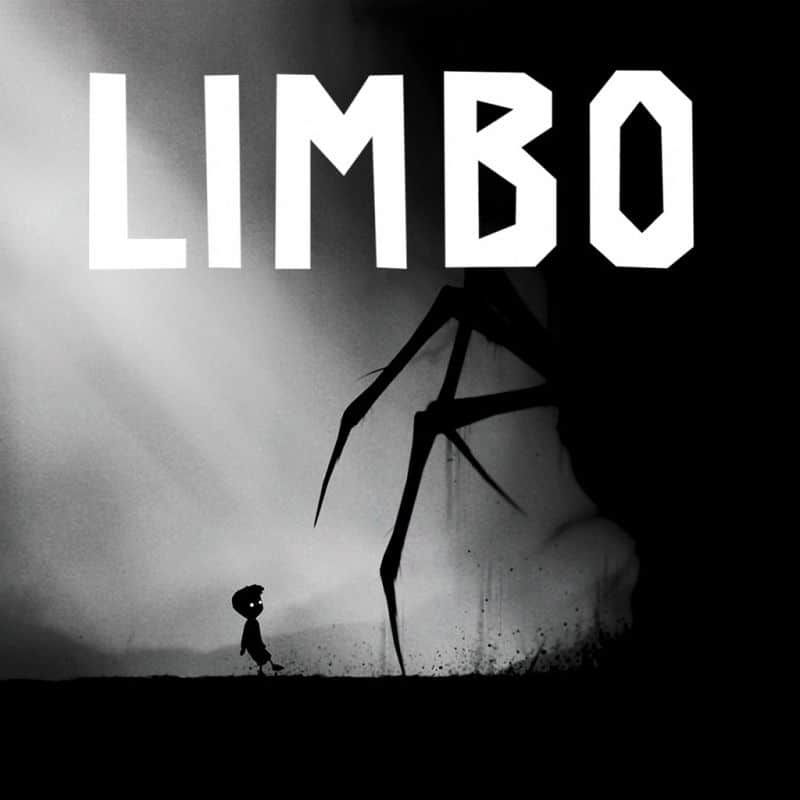 Limbo is a 2d puzzle platform game offering a dark atmosphere with some brutal puzzles along the way. The player controls a mysterious boy through a dark and eerie world, full of dangers the player must overcome many obstacles and solve many head-scratching puzzles to advance in the game.

The game is presented in a black and white tone offering a great atmosphere for horror genres fan, the boy can run jump, and move along the world interacting with objects such as pushing boxes and pulling ropes. The second half of the game offers more complex puzzles using mechanical ledges and gravity manipulation. Overall, limbo is a masterpiece on it’s own despite the difficulty, solving the puzzles is very rewarding especially when reaching the ending. 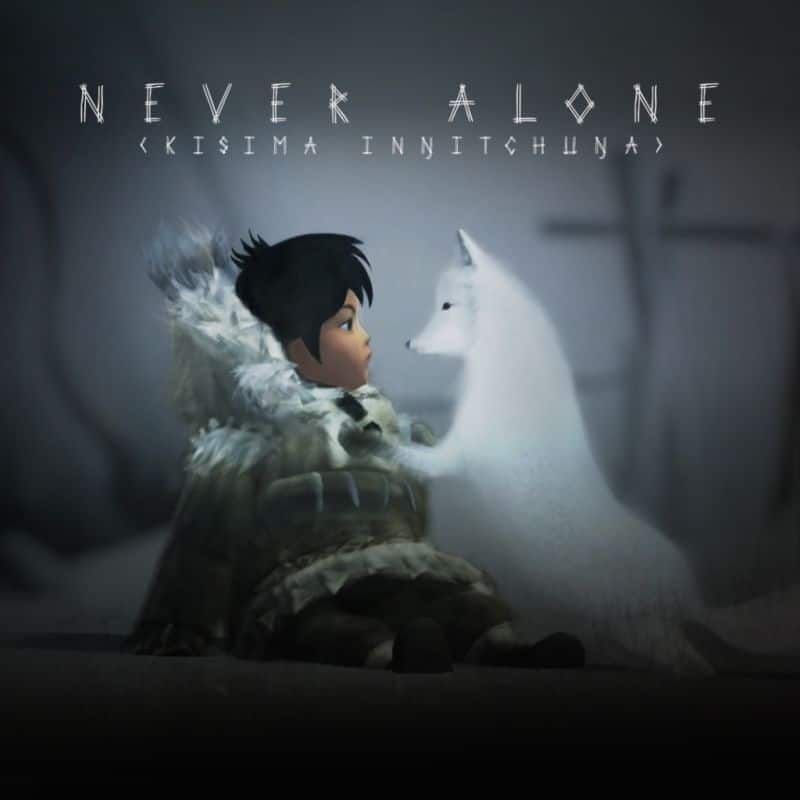 Never Alone is a puzzle platformer adventure video game, the world takes huge inspiration from the Inupiaq folk tales. The player takes control of Nuna an Inupiaq girl and her fox swapping between them to complete various puzzles and overcome many obstacles.

While the fox is agile and fast, Nuna can interact with different objects and also can use her bola to reach higher areas. Unlike most action-adventure games the game focuses hugely on puzzle-solving and storytelling offering a friendly experience for all kinds of gamers. 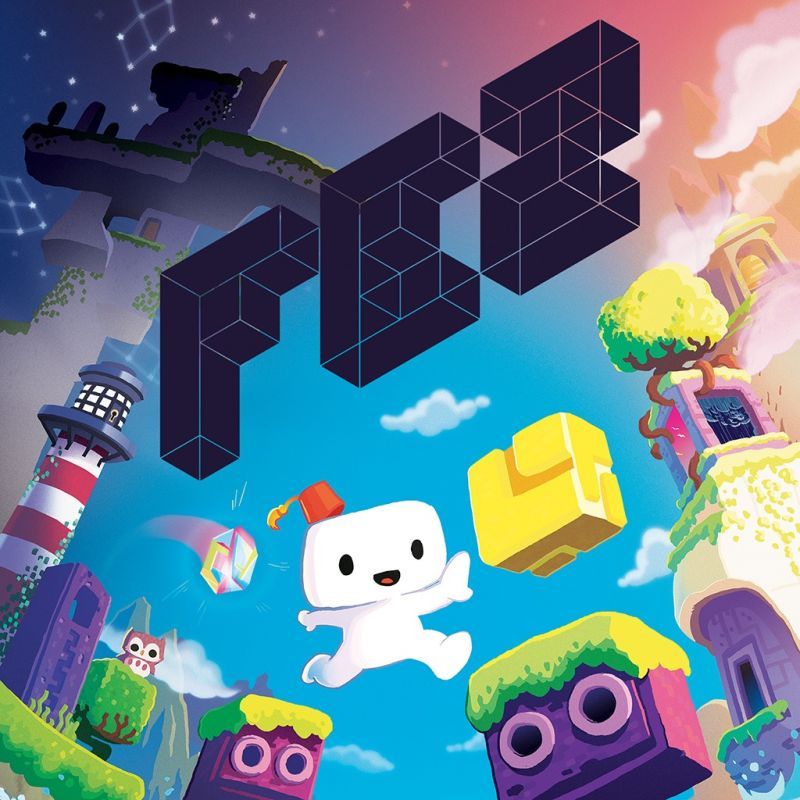 Fez is a brilliant 2d puzzle platformer, the player control Gomez a white little creature who finds himself in a new world after wearing a mysterious hat. Now Gomez can switch between 2d and 3d worlds uncovering new places and puzzles to solve.

The game might look like your typical 2d platformer but the rotating mechanics is what makes this game very unique. Rotating the world is a key mechanic in the game, something that might appear flat on one side and stick out a few feet. When you rotate the world this mechanic will always be a key to solving puzzles and advancing to new areas, it’s very hard to explain the mechanics unless you try it yourself. 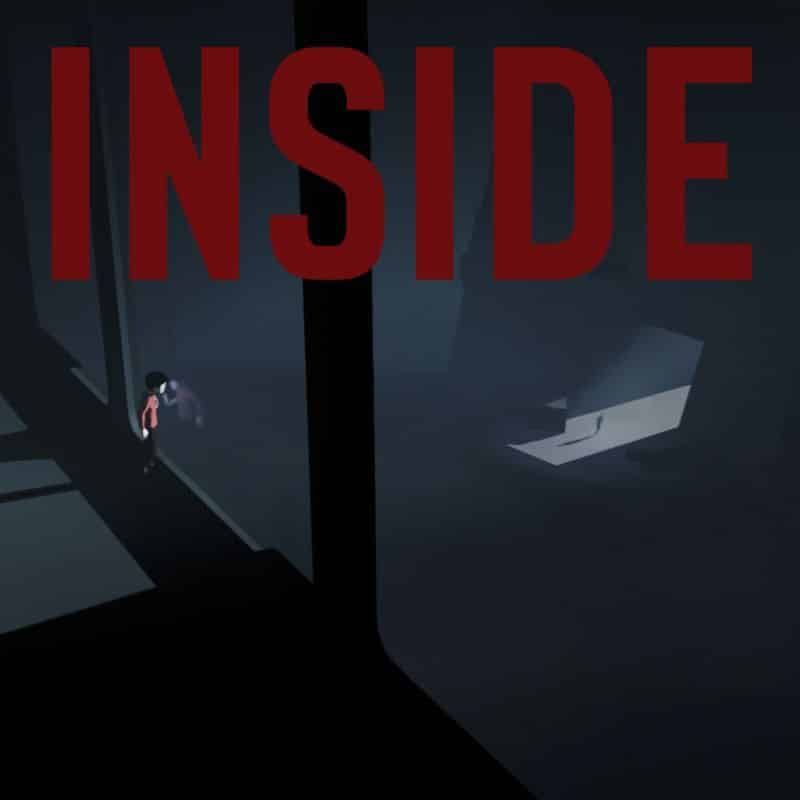 Inside is a 2.5d puzzle platformer the game is a spiritual successor of Limbo offering more intricate gameplay and unique graphics. The player controls a mysterious unnamed boy exploring a dystopian world full of zombie-like creatures and mysterious guards.

The game is seen from a 2.5d perspective, the boy can run, swim, climb, and move objects to overcome many obstacles. Also, the boy can use the ability to control other people’s bodies to overcome certain puzzles. On the whole, the game is a love letter to Limbo fans offering solid gameplay and complex storytelling. 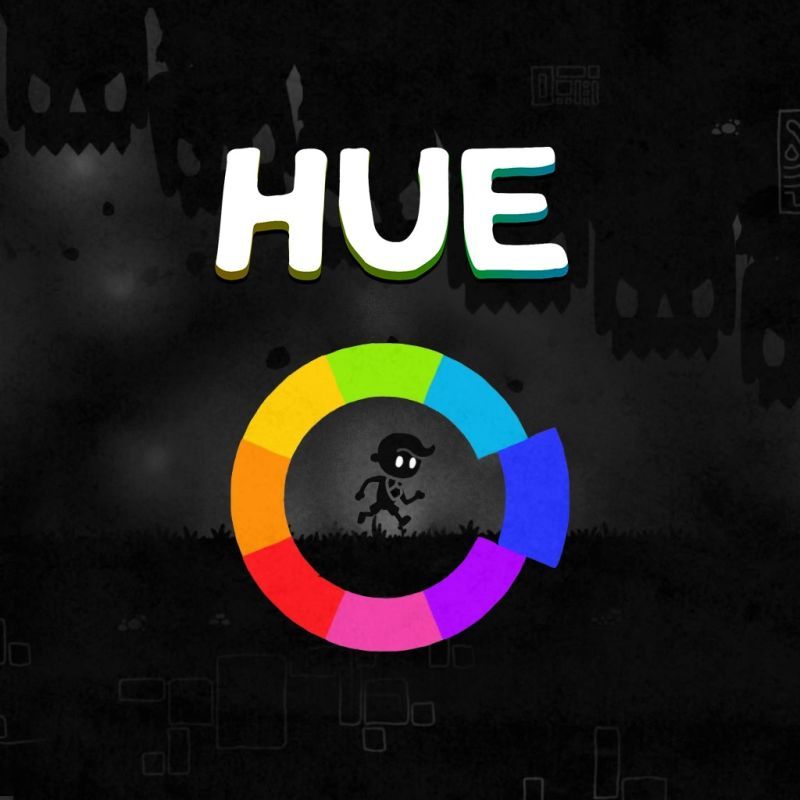 Hue is an indie puzzle platformer, the game has a huge emphasis on colors as the player uses them to solve various puzzles on each stage. The player takes control of Hue a young boy who lives in a colorless world, with the help of his scientist mother, Hue uses a ring that will allow him to view the world in colors.

The player has a color palette at his service where he can change the world color at ease, changing the colors has a direct effect on many different objects on the stage. By changing the color the player can remove obstacles, reveal hidden doors, and beat enemies. The game offers a casual experience with fair puzzles and a welcoming difficulty for newbie players. 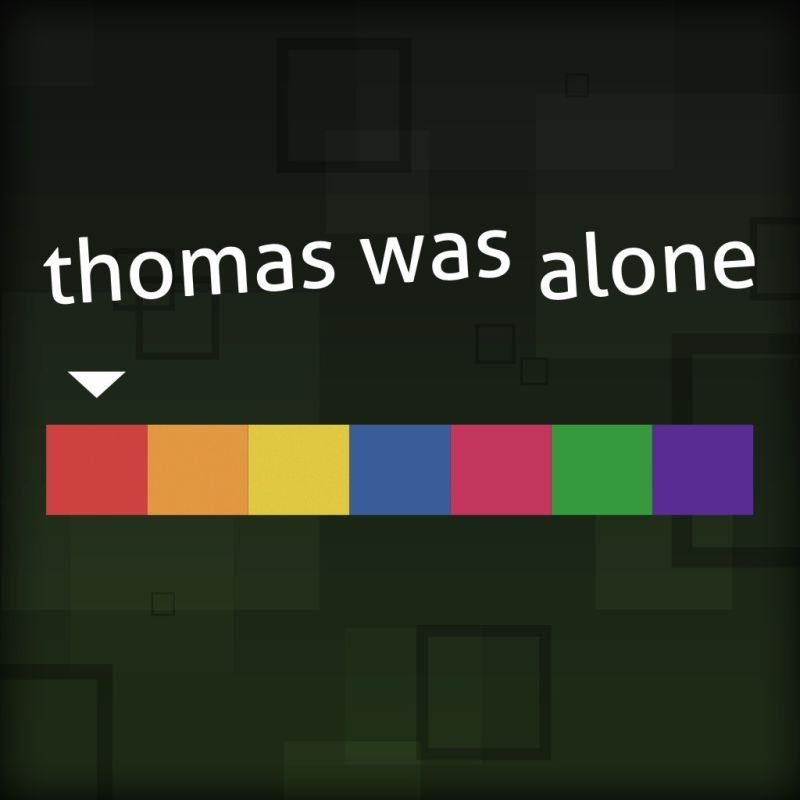 Thomas Was Alone is a simple 2d platform puzzle game, the player takes control of different shaped characters. The goal of each stage is to get the shapes to their outlines. The player begins the game controlling Thomas a red quadrangle with limited abilities.

Over the course of the game, Thomas makes new friends that are presented in different shapes and have different abilities that will help him through the game stages. One shape can act as a base jump trampoline while the other can float on water and many other shapes with different abilities. While the game has a very simple premise the amazing execution and brilliant narrative make this game a must-play on the system. 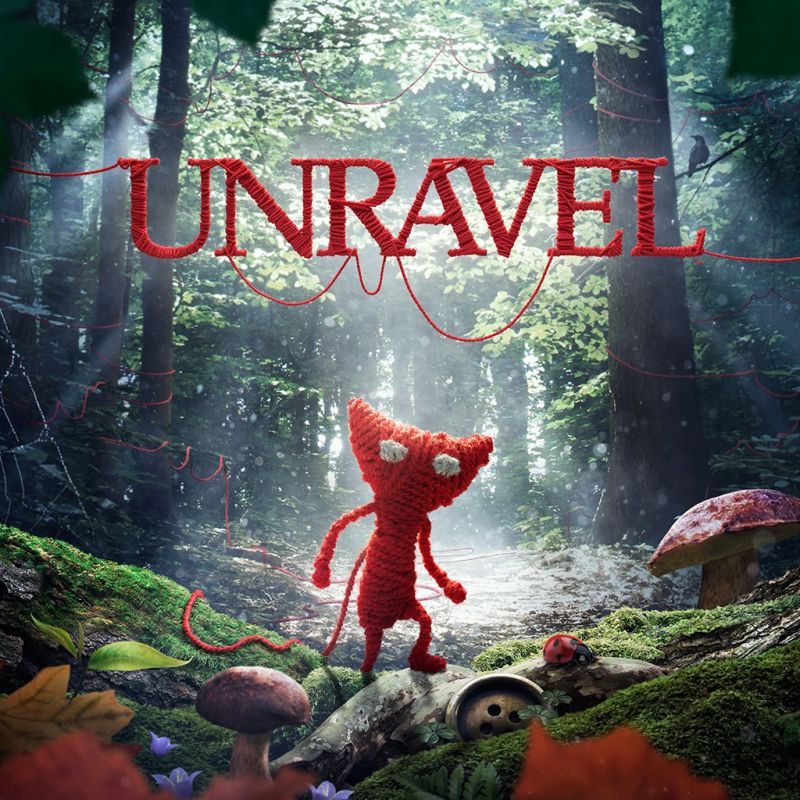 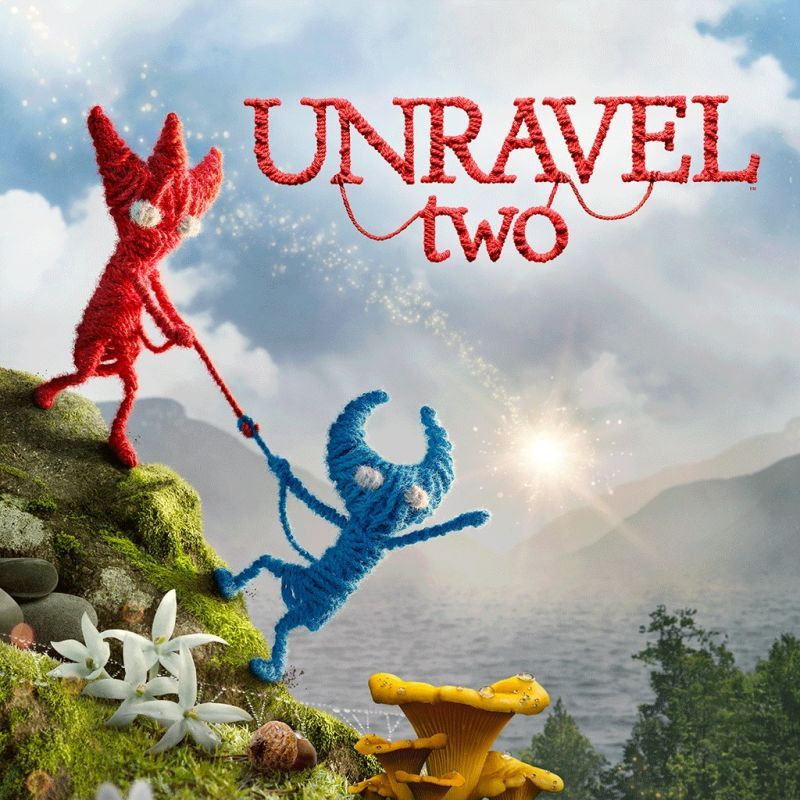 The unravel dilogy is a beautiful platform puzzle hybrid. The player takes control of Yarnie a little creature made of yarn, Yarnie must dive into different pictures to collect and restore lost memories using his fantastic abilities. The second game expands the idea to involve a second player in a couch co-op experience with new abilities and locations to explore.

Yarnies use the yarn from his body to pull things, create bridges, and swing to reach higher areas, this ability is the main gimmick of the game helping the player to solve various puzzles and open new areas to advance. The second game uses the same formula but focuses heavily on co-op play, playing with a friend will force you to work together to overcome different puzzles and obstacles. On the whole, both games are amazingly crafted with little details and head-scratching enjoyable puzzles. 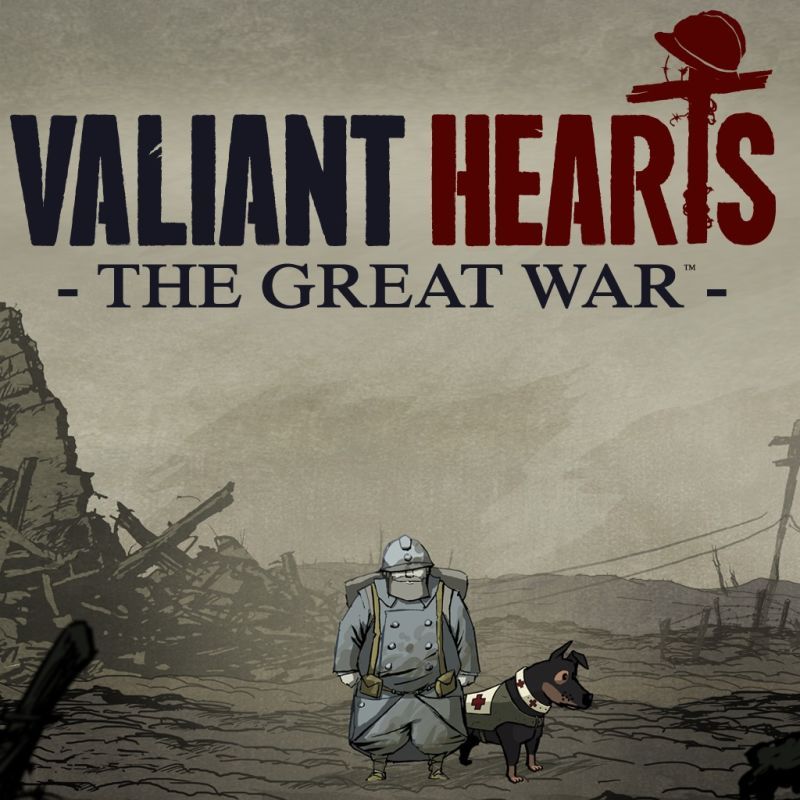 Valiant Hearts The Great War is an outstanding side-scrolling puzzle adventure game, the game tells different stories during the world war I era through the eyes of soldiers, a nurse, and a loving father. Valiant Hearts offers rich storytelling full of sadness hardship and hope.

The game feature four chapters each where the player clears an objective to progress through the chapters, most of the goals involve solving various puzzles by obtaining certain objects needed for the situation. Other sections involve war situations where the player must survive air strikes and bombing. Also during specific stages, the player has a dog at his command where he can go through tight entries to fetch items and distract enemies. On the whole, the game offers a complex story with innovative and creative puzzles that will make the player hooked to the tv until the end. 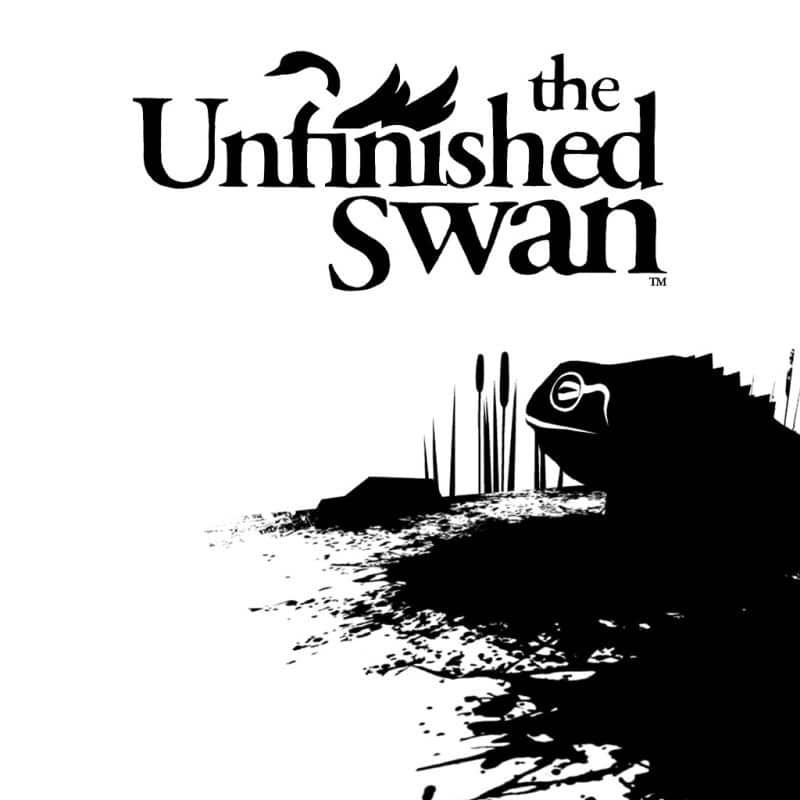 The Unfinished Swan might be your typical game at first look, but the artistic aspects and the fairy tale like world make this game a unique experience. The player takes control of Monroe a young boy who ventures into one of his deceased mother’s paintings The Unfinished Swan, with the help of his mother’s tools Monroe begins to explore a mysterious world full of paintings and puzzles.

The game is seen from a first-person perspective, with platforming and shooting mechanics. Monroes shoots balls of paint all over his surroundings revealing new paths and secrets, while this mechanic might seem simple the execution was good enough to perfect this simple idea. Alongside the gameplay, the story is amazingly narrated by a sweet male voice offering a storybook-like feel. Overall, the unfinished swan is well worth it for puzzle and relaxing game fans. 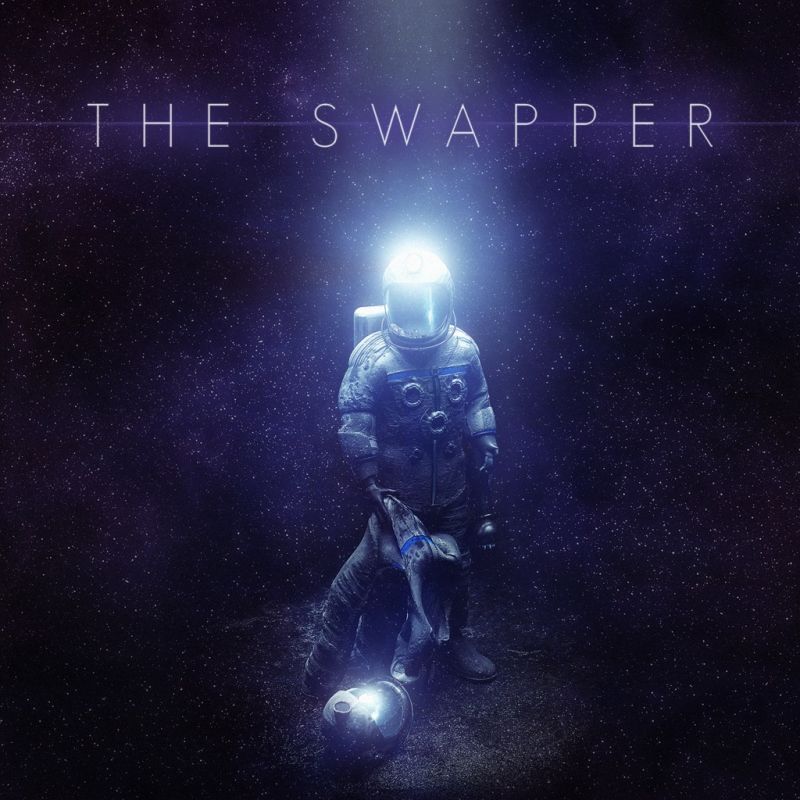 The Swapper is a science fiction-themed puzzle platform game that takes huge inspiration from the Metroid franchise, the player assumes the role of an astronaut stranded aboard an abandoned space station. The astronaut discovers a mysterious device that will allow him to clone himself and switch consciousness between the clones.

The player can use this ability to solve various puzzles across the game, for example, the player can use the clones to meet certain requirements for a door to open or collect orbs using the clones. Further up in the game, the cloning mechanic gets deeper with lights that prevent the cloning mechanic, blue light prevents clones from being created, red lights prevent control swapping, and purple light prevents both. Overall, the game might be very challenging for my taste but the amazing atmosphere and gameplay mechanics make it worth a try.