Sometimes the gameplay of Old School Runescape becomes boring after reaching the end-game and as a result, people may just quit the game. Especially if you are a PvP player who is seeking for more challenge. Deadman mode was actually added to the game for this specific reason since it is a very challenging mode that’s not easy to get boring.

Deadman mode is simply an intensive survival PVP Mode which was made for hardcore PvP players. The Deadman servers are separated from your current OSRS account data, but you still can use your current email address to login.

There are 2 types of Deadman server, the Permanent Deadman server, and the Seasonal server. The Seasonal Deadman mode consists of four Deadman Seasons hosted every year and act as qualifiers for four Deadman Finals (Final after each season). Each Season, Jagex adds changes and balancing updates to the Seasonal Deadman mode, these changes may also be applied to the Permanent server. The Deadman Final is when the permadeath stage is applied and the last 256 surviving players will then be teleported to 64 individual duels. The winner of the final Deadman mode will be rewarded with thousands of dollars and the same applies to the 2nd and the 3rd.

This article will be introducing Deadman mode mechanics and the difference to the normal servers.

The safe zone locations in the Deadman servers are completely different. Each town has very high-level guards who are protecting it from the Skulled players. If you have a PK Skull, you will be dead in an instant.

The following map is showing the safe zones and the multi-way combat zones and they are highlighted with green and red. 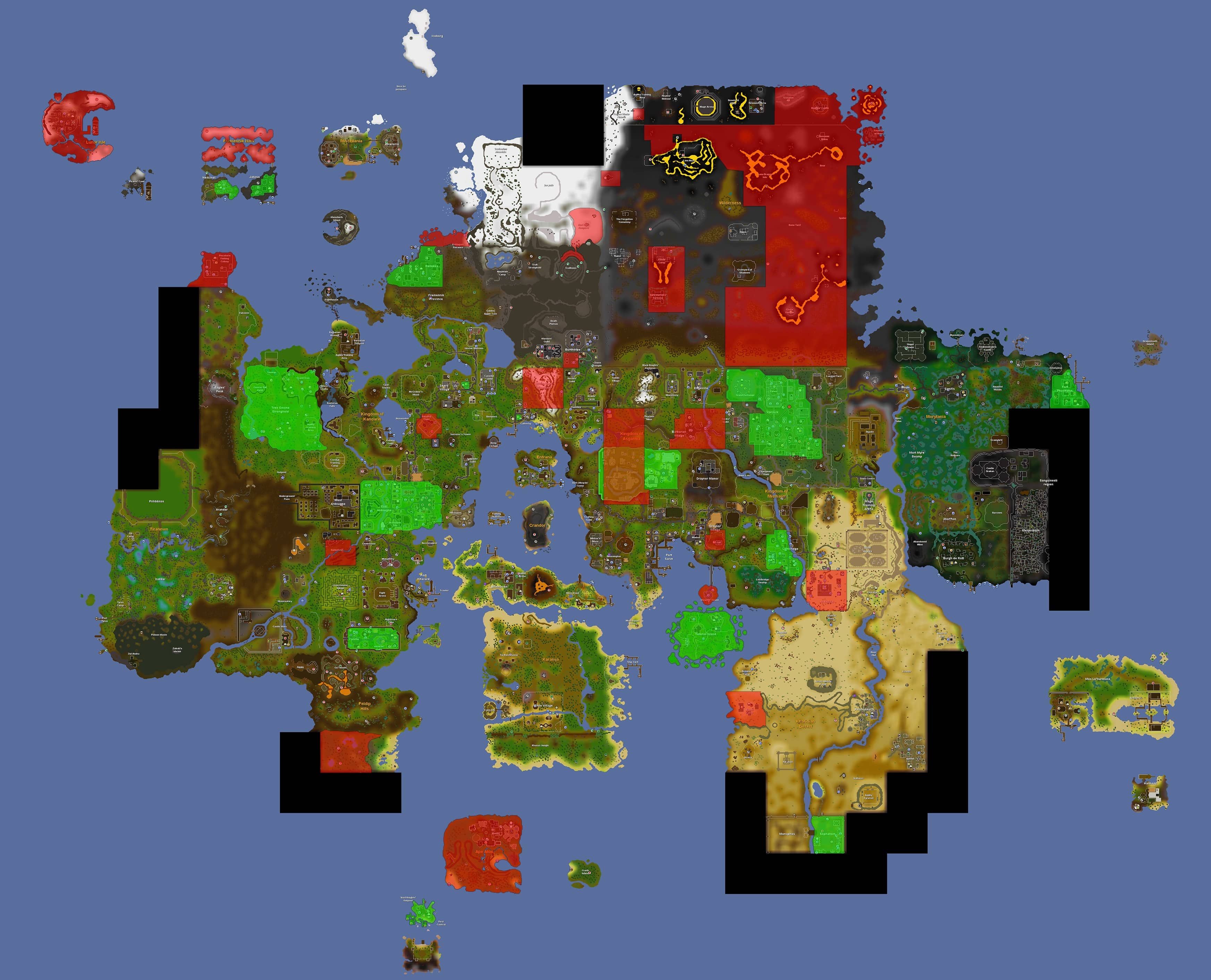 PVP is allowed almost everywhere in the map, except for the Safe Zones, the Chambers of Xeric, Tutorial Island and Barbarian Assault. 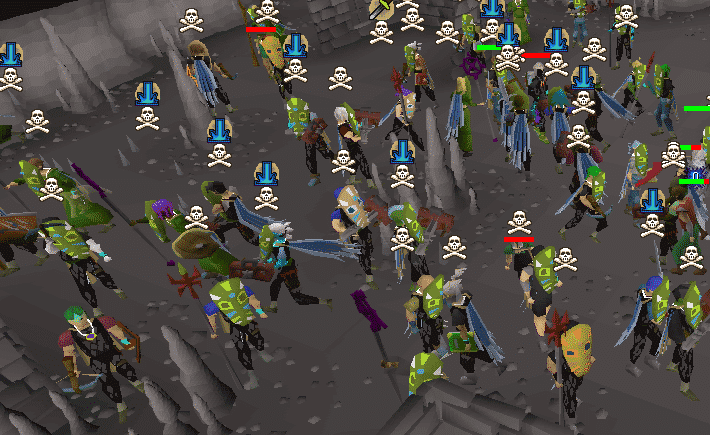 Dying in Deadman mode is not okay at all. There are many situations to death in this mode.

1. If you have no PK Skull and die to a Skulled player, you will lose the most valuable 10 items from your bank to a bank raid (bank raids explained on the next section). As well as all the items in your inventory, plus, your gear.

2. If you are Skulled and die to any player, you will lose the most valuable 10 items (stacks) from your bank to a bank raid. In addition, you will suffer a high EXP loss in your unprotected Skills.

3. If you are Skulled and die to a monster, you will lose the most valuable 10 items (stacks) from your bank to a bank raid. All your inventory and gear will be lost plus half of the EXP gained in the unprotected skills.

4. If you are not Skulled and die to a monster, it will be pretty much like a death in the normal servers.

5. If you are Skulled and die in a safe zone, 10% of your protected skills EXP will be lost. As well as the same item and EXP punishments of situation number 2.

6. If you are not Skulled and die in a safe zone for whatever reason, no EXP will be lost.

The amount of EXP lost in the unprotected Skills depends on the combat level of the killer. The higher he is, the lower the EXP loss. Protecting Skills is a Deadman mode feature, you will be able to protect 2 combat skills and 3 non-combat skills.

When your skills Level decrease upon dying, you will be able to reach it back faster by gaining 50x the normal EXP rate.

If you attack any player, you will gain a PK Skull which lasts for 15 minutes and the timer will countdown only when you move. Each time you attack another player, 2 minutes will be added to that timer and it stacks up to 30 minutes.

You will be immune for 1 minute, after killing a player who is 30 combat levels higher than you. Attacking another player during this minute will result in losing it and the same applies to death or logging out.

Bank Raid chests are accessible via a bank key which is dropped from a player after getting killed. The Bank Raid chests are difficult to reach because they are located inside the guarded areas, so losing your Skull is necessary to reach these chests. Keep in mind that your Skull will indicate the number of Bank raid keys you have, which means you are the perfect victim for enemies to kill. 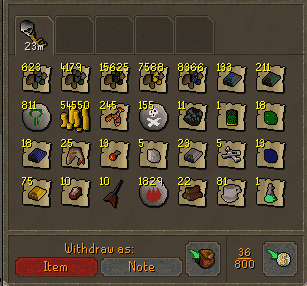 You can also keep up to 10 items safe by depositing them into the Safe Deposit Box, and these 10 items will never be lost. Keep in mind that you won’t be able to deposit a stacks items, but only one in each slot.

The following minigames are disabled:

Some Quests will be completed automatically:

All the quests required to complete the mentioned quests will be also completed automatically.

Count Check teleport to the Stronghold of Security is disabled, and accessing to the nature rune chest is disabled. Finally, don’t try to pickpocket NPC’s in safe zones ’cause you will get nothing at all.

The Prizes and Permadeath stage rules of the seasonally Deadman mode are always changing. So you better check them all by yourself on their website.

Check out our money making guide which contains the best ways to earn money in OSRS.

How to Get Free Bonds

OSRS Subscription Worth It?