OSRS Subscription Worth It?

How to Get Free Bonds

You are going to need the Firemaking skill in a lot of occasions in OSRS, so make sure to consult our guide to get level 99 the fastest.

Firemaking is a F2P OSRS skill that is used for lighting fires which is mainly helpful for the Cooking skill as you can use it to cook almost anywhere. It can also be used as a combination with the

Woodcutting skill to fire the Logs right after chopping them so you can train 2 skills at the same time.

Making fire requires a Tinderbox and any kind of Logs, these Logs can be obtained through the

Woodcutting activities. Quests and some other activities such as minigames require sometimes a specific Firemaking level, thus training this skill is very helpful for your account progress.

Generally, Firemaking is not used for making money since there is almost no efficient method to do that. Wintertodt minigame is probably the only way to make money off using Firemaking, but the money you make isn’t that great. People tend to train it only to complete quests and to achieve the required level for some activities in the game.

In this article, we will be focusing on how to reach level 99 in an efficient way in addition to some alternative methods to give you a variety of choices. Note that training this skill can be expensive, so be ready to spend some money at the Grand Exchange to buy Logs.

Most of the methods below are not AFK.

Make sure to check out all 23 OSRS skills in our relevant guide.

Firemaking training is fairly easy but requires your attention as you cannot be AFK in most cases. All you do to light Logs is using a Tinderbox on a Log by either doing it directly in your inventory or by dropping the Logs first to use the Tinderbox on it.

There is also another way to light the Logs by using a Bow but it requires the completion of the Firemaking part in the Barbarian training. This can be done by speaking to Otto in Otto’s Grotto and ask him about the barbarian Firemaking skills. Bows being used are excluding Crystal bow, Ogre comp bow, Ogre bow, and Dark bow.

To light logs with a bow, use it on the logs in your inventory or drop the logs and use the bow on it. Note that this is only allowed for P2P players only and requires level 20 Firemaking.

Once the fire fades the logs will turn into ashes, these ashes can then be sold at the Grand Exchange but this is considered to be a bad money making method since the ashes price is pretty low.

Players mainly use an open area like the Grand Exchange to train Firemaking by lighting the logs continuously as you can’t light logs over each other so you have to move 1 tile near it. Also, some areas like those with plants will not allow you to make a fire, thus you need an empty ground.

Logs are the main source of training Firemaking as you light them to get XP. These Logs can be obtained by cutting trees using the

Woodcutting skill or can be bought directly from the Grand Exchange. Certain monsters can give you some logs upon killing them such as Swamp Crab but this would be a very slow way to collect Logs for training.

Each kind of Logs requires a specific Firemaking level, as you level up, you will be able to light better logs to gain higher XP.

This outfit gives Firemaking XP boost when equipped with each piece giving a part of the boost. When the full outfit is worn, it gives a boost of 2% in addition to a bonus of 0.5% making a total of 2.5%.

This outfit is only obtained through the Wintertodt minigame by searching the supply crates with a chance to find a piece of it.

This is an essential item to train Firemaking as you use it to light the logs. It can be obtained by buying it from a General Store such as Khazard General Store in Port Khazard or by killing some monsters such as Cave bugs.

Completing some or all of these quests will be very helpful to skip the first few Firemaking levels. It is not required to follow this guide but it is only an option for you to train Firemaking in a different way.

Follow the methods below if you wanna train your Firemaking as efficient as possible regardless of the cost. Training Firemaking is easy and simple, thus it won’t take a long time to achieve level 99.

Woodcutting. Players can alternatively buy them from the Grand Exchange which is really recommended because they are fairly cheap.

It is advised to use this method in a large open area, so you can continuously light the Logs.

Woodcutting. Oak Logs are very cheap, so it is much better to buy them from the Grand Exchange.

Use the Tinderbox on each set of Logs in your inventory without dropping the Logs on the ground.

Woodcutting. These Willow Trees are located in some areas such as south of Varrock.

Willow Logs are fairy so cheap, so you better buy the needed Willow Logs from the Grand Exchange.

You can obtain Teak Logs by cutting down Teak Trees which are found in some spots in the game such as Ape Atoll. Cutting Teak Trees requires having a

Players can instead buy the needed Logs from the Grand Exchange to train more efficiently.

Woodcutting Guild. To cut Maple Trees, you will need to have level 45

Woodcutting. But it is highly recommended to buy the Logs from the Grand Exchange to gain more XP ratios.

Windertodt is a minigame where you can train both your

Woodcutting and Firemaking at the same time. It consists of defeating a boss by lighting Bruma Logs in the Brazier which can be found inside the minigame. Bruma Logs is obtained during the minigame by chopping the Bruma tree which is located just near the Brazier.

Keep in mind that players will take damage during this minigame which can result in death, so you should bring some Food to heal up from time to time.

Players will gain points during the minigame as they attack the boss (lighting the brazier with Logs), these points can be used to get some rewards, but the most important reward to get is the Pyromancer outfit.

Points are generally given based on what you do during the minigame. A minimum of 500 points should be earned to be able to obtain a chest that has a random reward. The rewards include gaining Firemaking XP 100X your current Firemaking level.

This can be also a money-making method while training your Firemaking level as you can get Coins as well as other items such as Herbs or Gems and even more once you open the obtained chest. This is highly depending on your current levels of the skills related to reward.

The damage received during the minigame and the XP gained are totally depending on your Firemaking level, which means your XP rates will be higher as you level up.

During the fight, Pyromancers will help you to defeat the boss, these NPCs might die during the fight and if they do, the Brazier will go out and cannot be relit, thus you will no longer able to damage the boss.

Any supplies needed for the minigame such as Unfinished Rejuvenation potions can be obtained from the Supply crates through the Pyromancers.

The Braziers can be relit by using a Tinderbox on them and this can happen either when the Pyromancers are dead, or the fire goes out by itself.

This method is kinda AFK as your character will stop lighting the Brazier with Logs as you take damage or when the fire fades.

The Windertodt is located at Great Kourend in the Northern Tundras which requires level 50 Firemaking to go through the Doors of Dinh.

Woodcutting to chop down Redwood Trees which are found inside the

Woodcutting Guild. It is highly recommended to buy the Logs from the Grand Exchange instead of chopping the Trees so you don’t have to train your

Woodcutting to level 90 first. These Logs can be kinda expensive, but it is always better to use the way that consumes less time and efforts.

Firemaking doesn’t really include any good money making methods and maybe the only decent way is the previously mentioned Windertodt minigame. There are also a few alternative methods that are not really different from the regular leveling guide above.

Lighting Magic Logs gives 303 XP per a set of Logs, these Logs can be obtained by chopping Magic Trees which are found in many places such as the

Woodcutting, so it is better to be them from the Grand exchange. But keep in mind that Magic Logs are really expensive, so use this method if you feel like spending some money.

Woodcutting Guild. Doing that requires having at least Level 60 in the

Players can buy Yew Logs from the Grand Exchange instead of cutting down the trees since these Logs are not that expensive. Each set of Logs will give 202 XP once a Tinderbox is used on it. 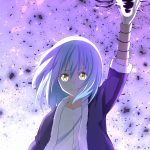